Urbanspace @ 570 Lex is their second permanent food hall concept in NYC. If you’re ever in Midtown during the warmer months, you’ll likely see different pop-up tents along Broadway hosted by Urbanspace. Some of these food vendors have been around for years (maybe even from a food truck or brick and mortar) and others are just starting out. It’s a great way to grow business for these typically smaller food establishments. 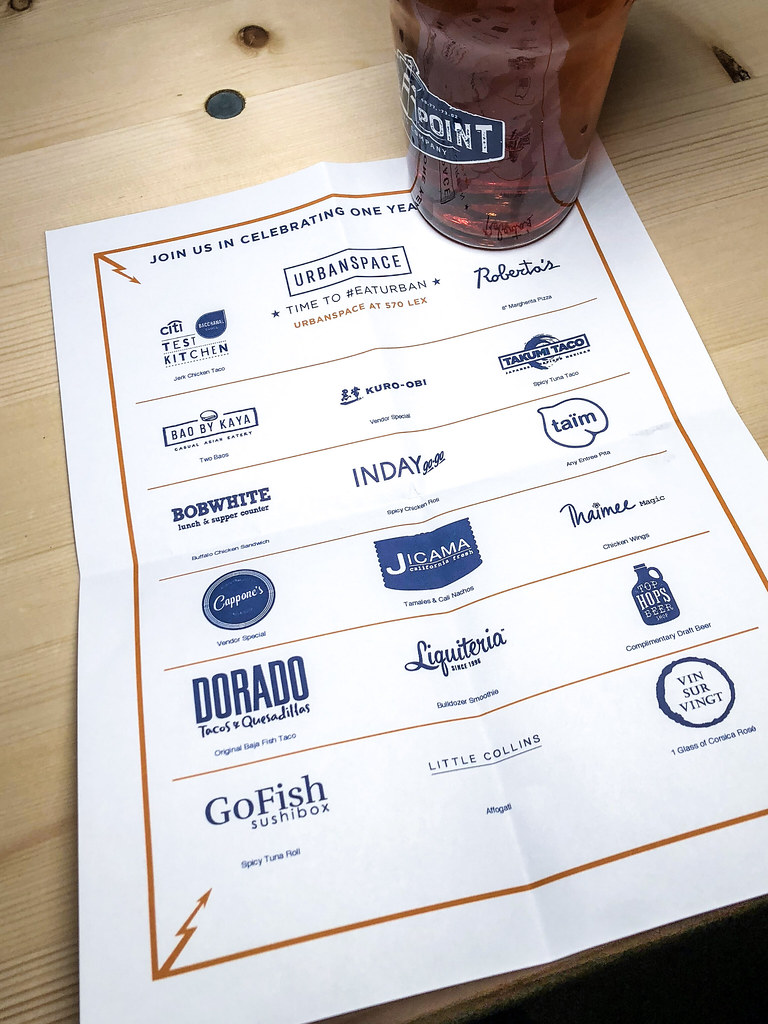 We were lucky enough to be invited to their first year anniversary party, where we got to try a little of everything. 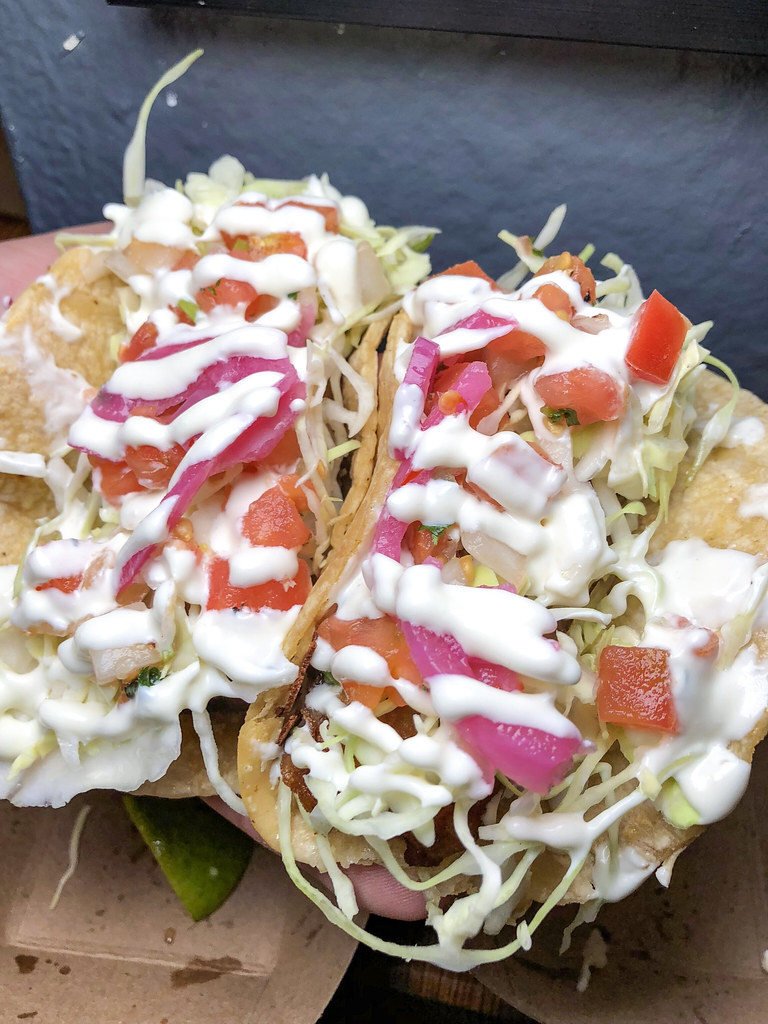 These baja fresh tacos from Dorado Tacos & Quesadillas were light and crispy, everything you’d expect from a Californian-style Mexican taco place. 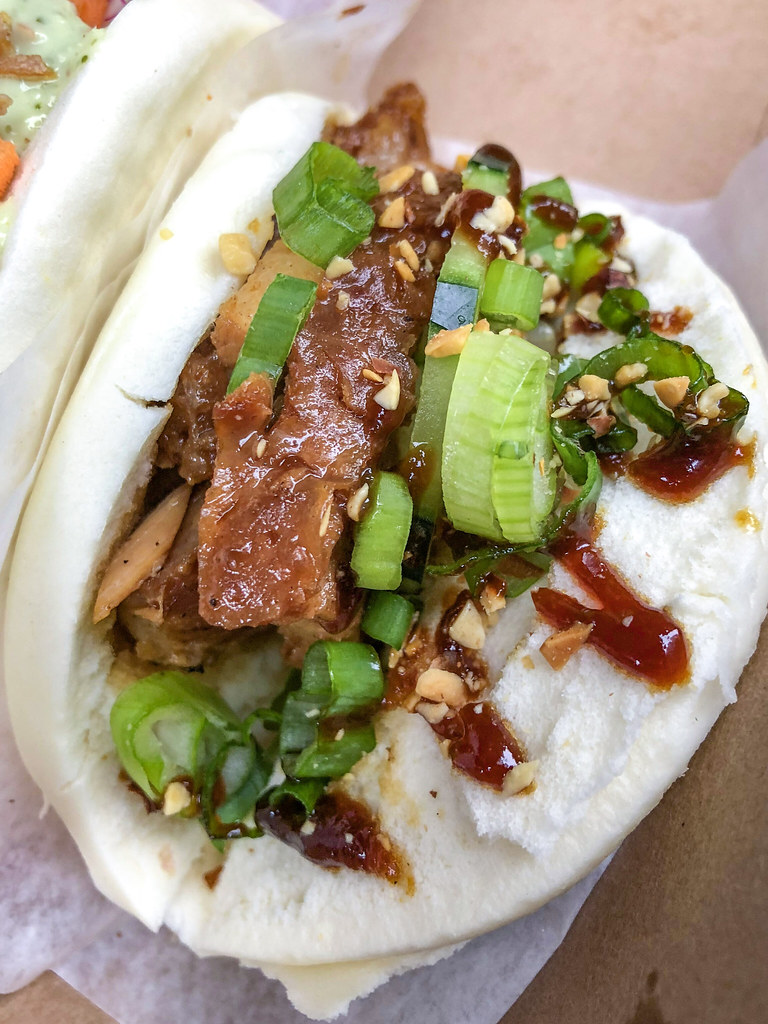 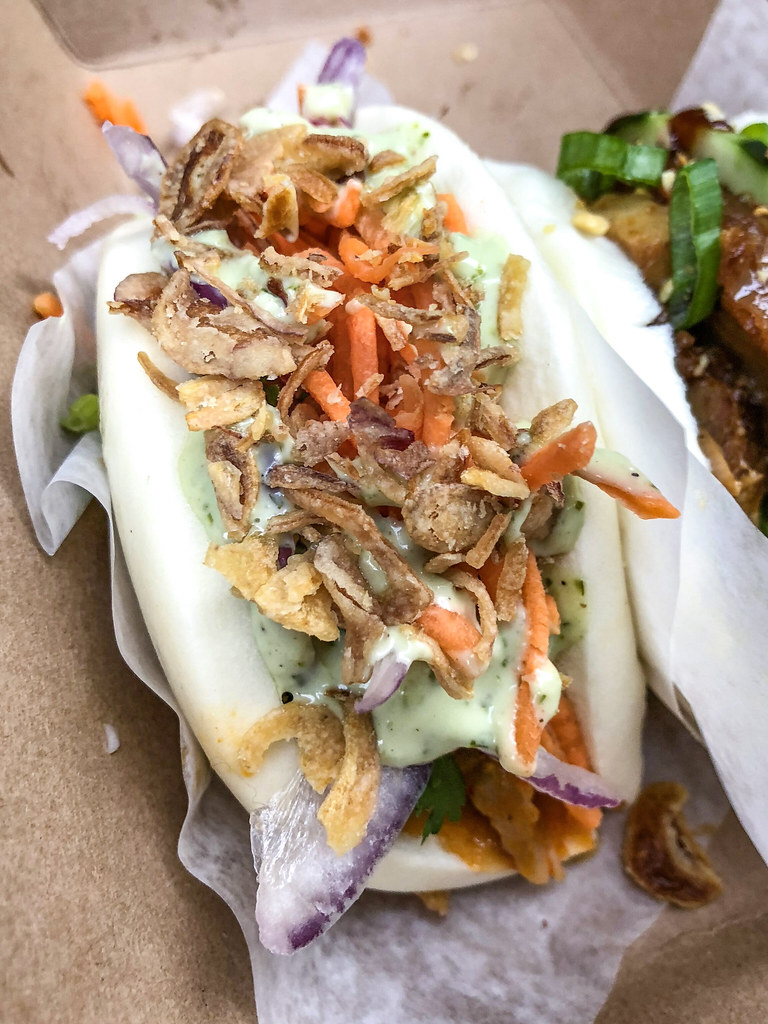 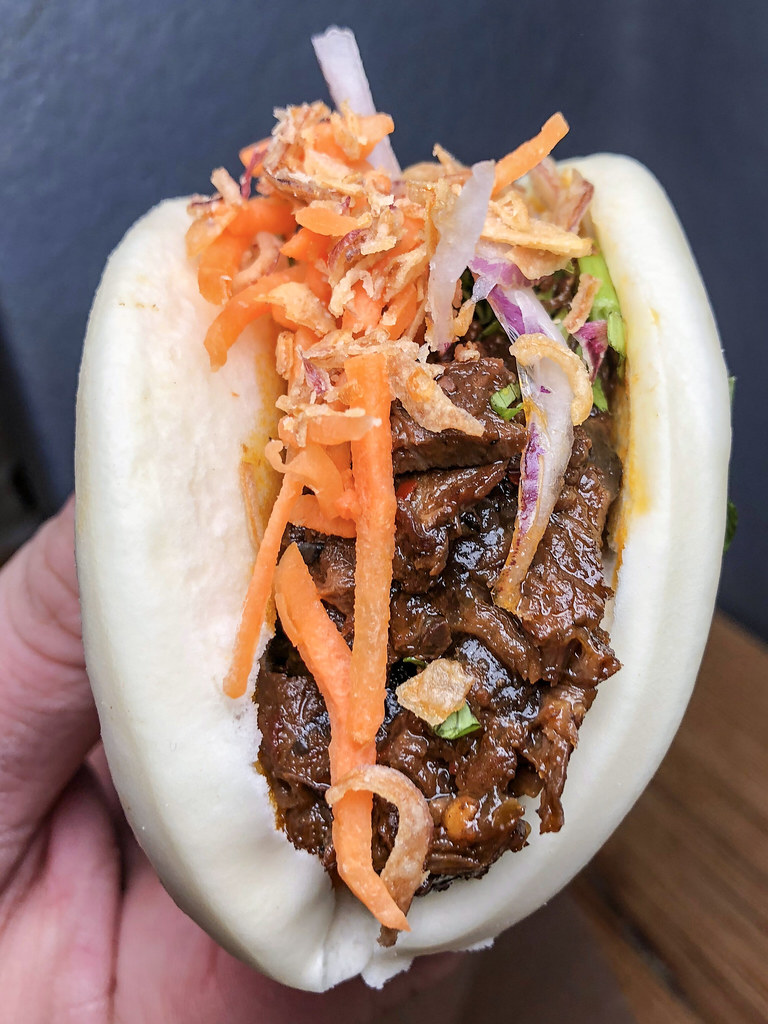 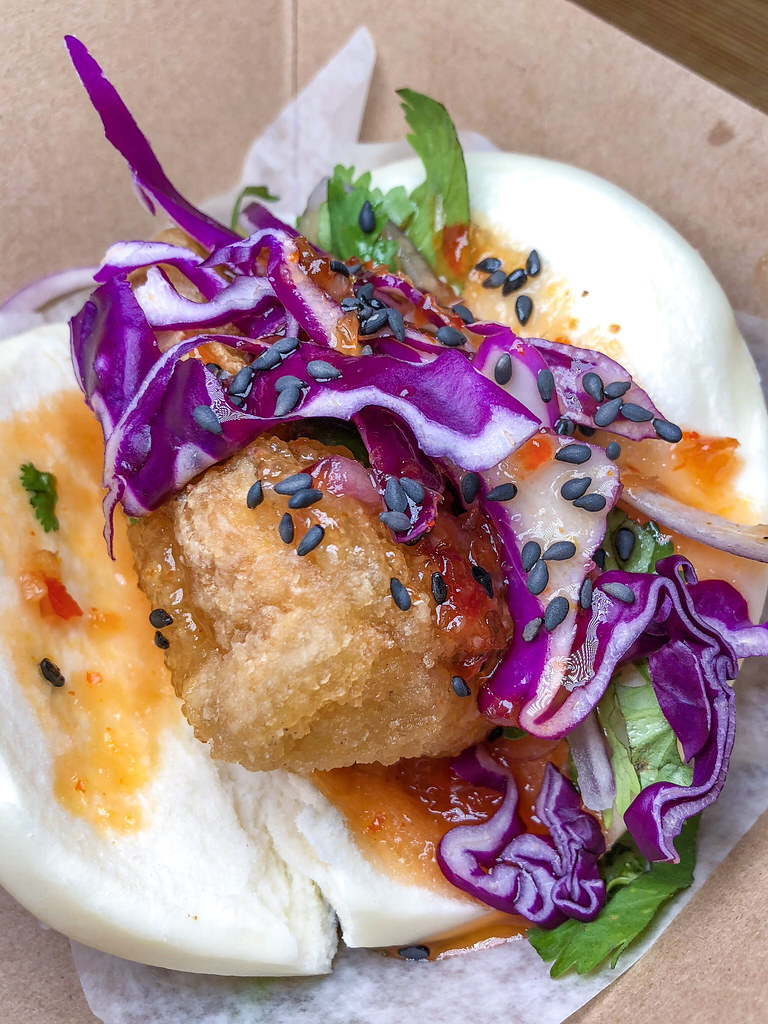 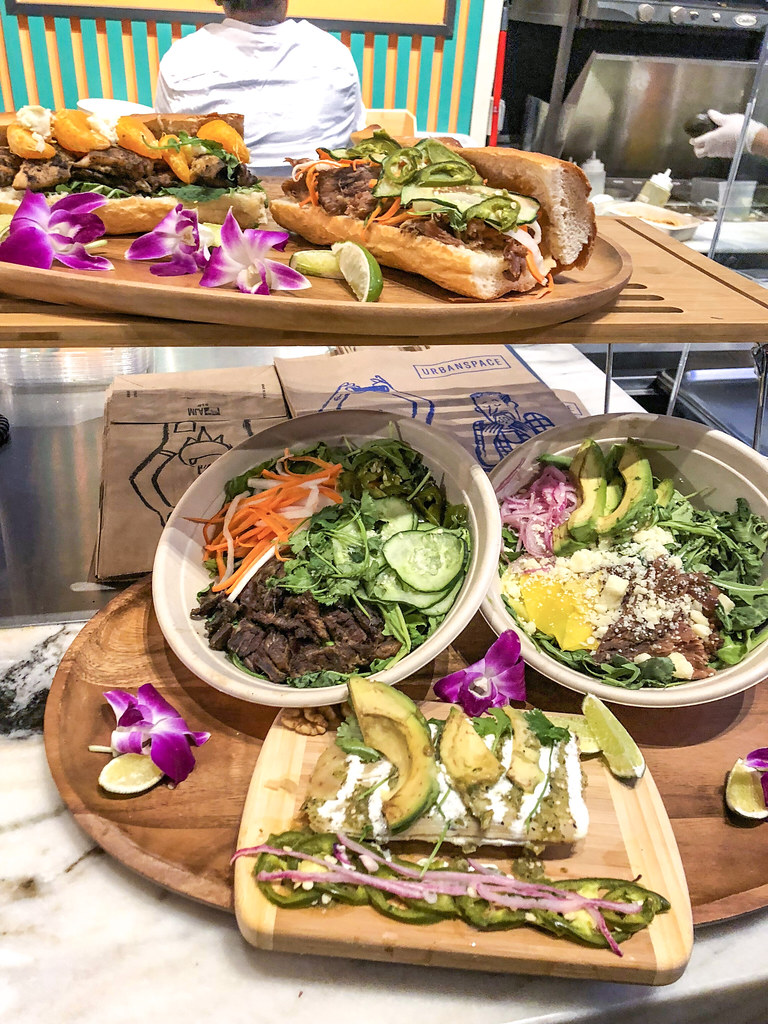 We realized the food hall was getting crowded so we grabbed most of the food and made our way back home to eat and take pictures there. This is just one of the displays found in the large two-story market hall. 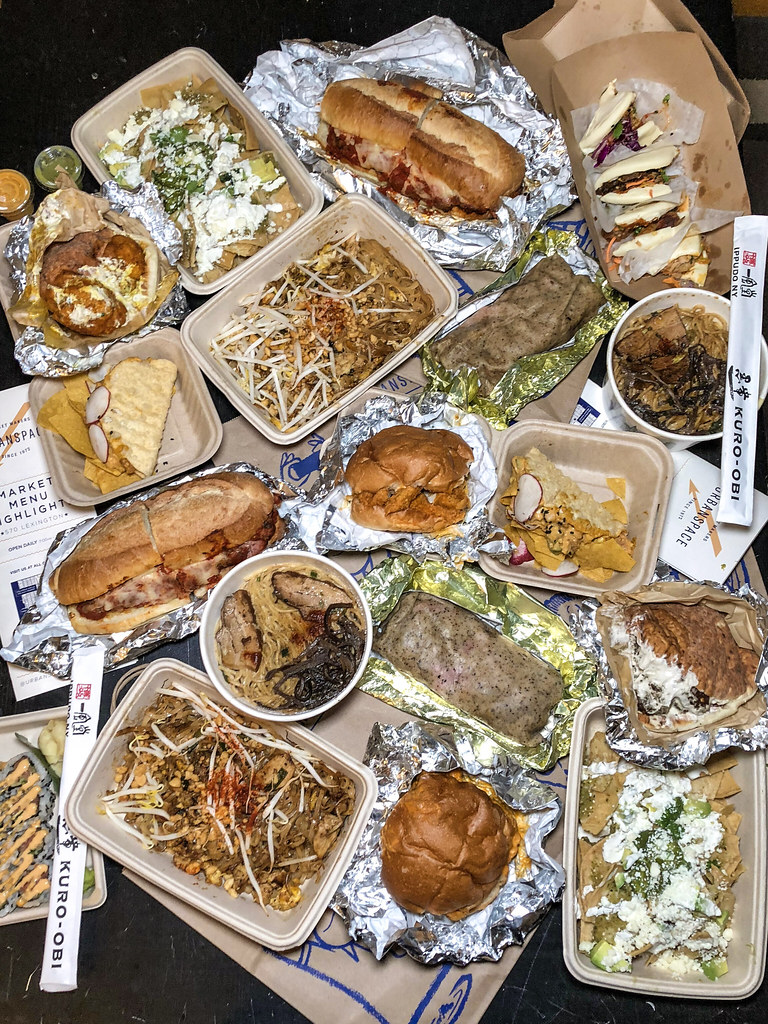 I legit was not kidding – we had a shitload of food. Thank god for Stephen; I have no idea how I would have carried all this home myself. 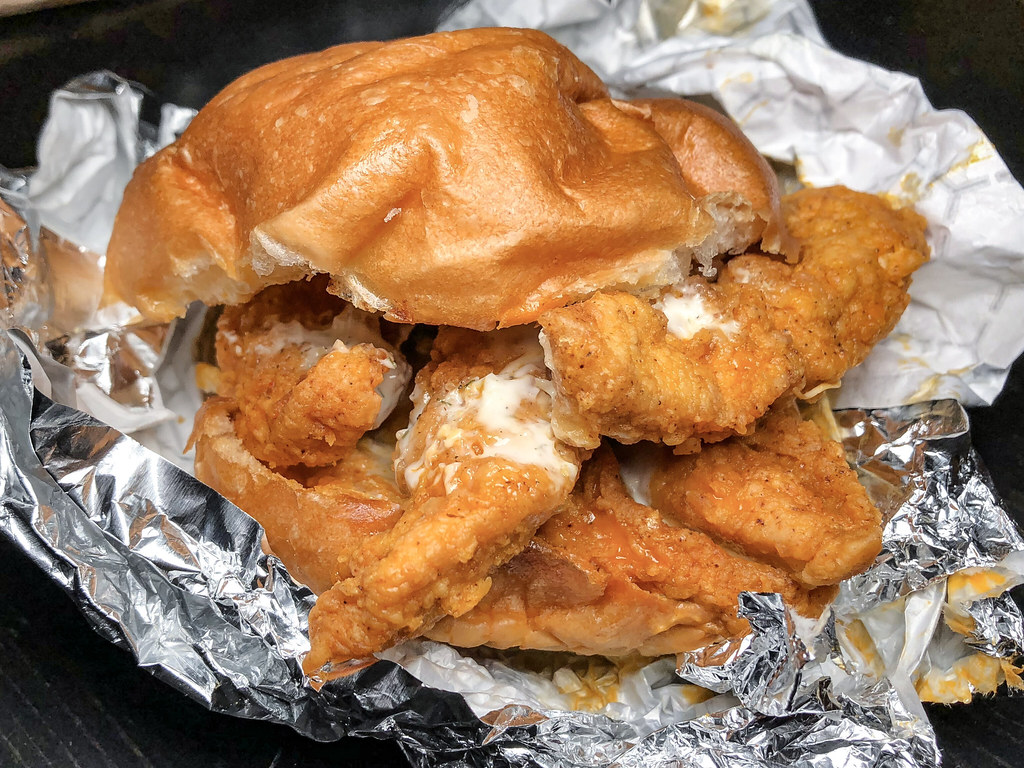 We’ve had Bobwhite Counter‘s food before (on the ABC Food Tours) and this Buffalo Chicken Sandwich was just as good as their mac & cheese. 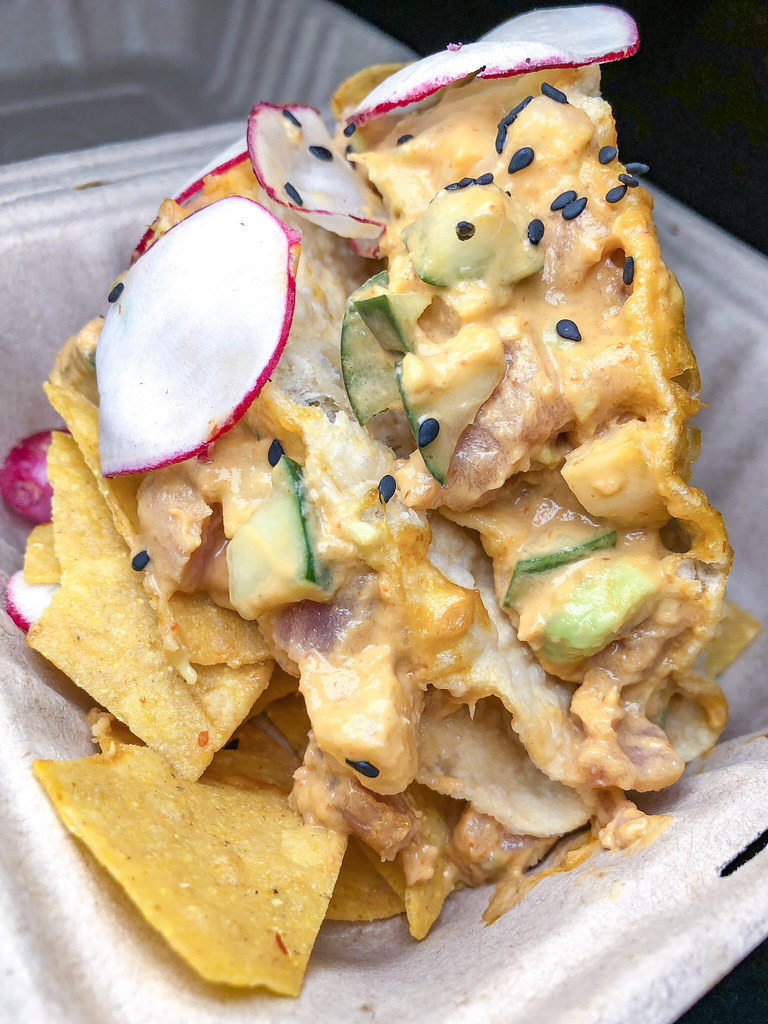 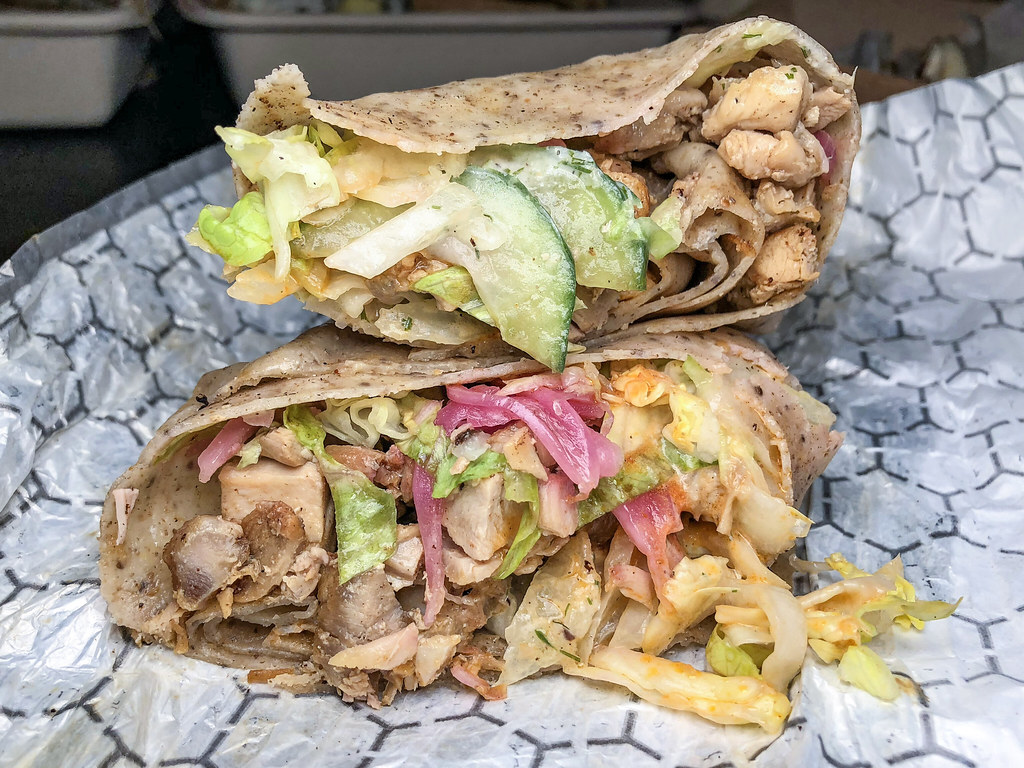 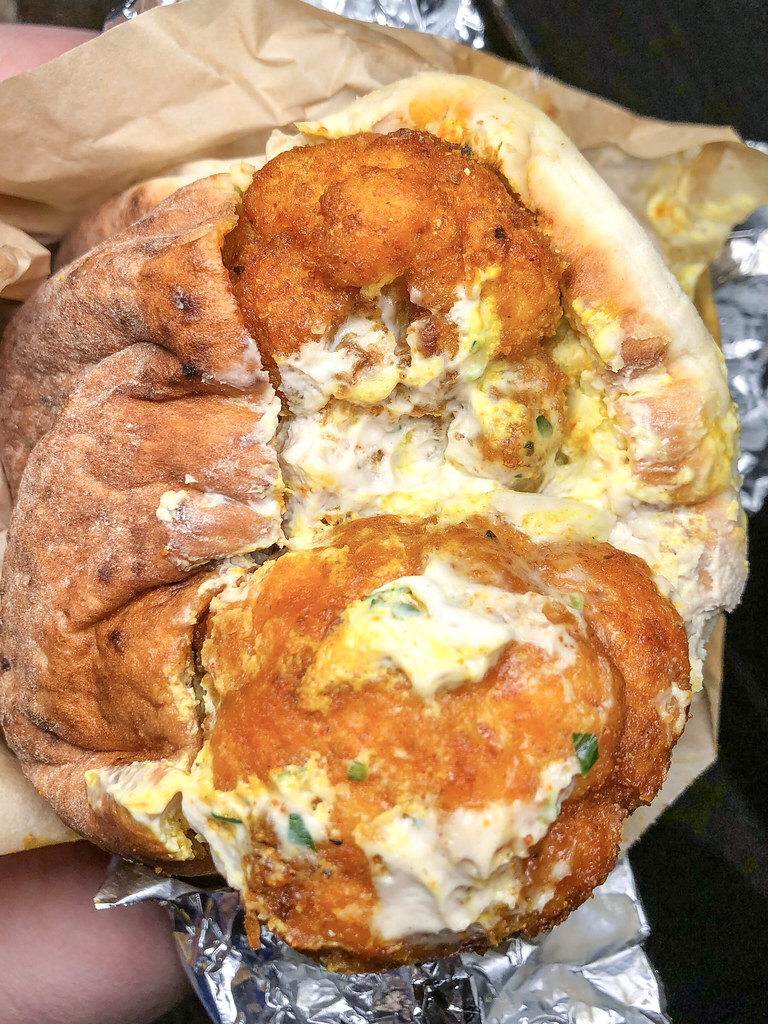 I’ve been dying to try Taim, so really happy we got to choose from one of their pitas. This is their Cauliflower Shawarma Pita – shawarma-spiced cauliflower, hummus, Israeli salad, pickled cabbage, tahini, amba, parsley. You won’t even miss the meat! 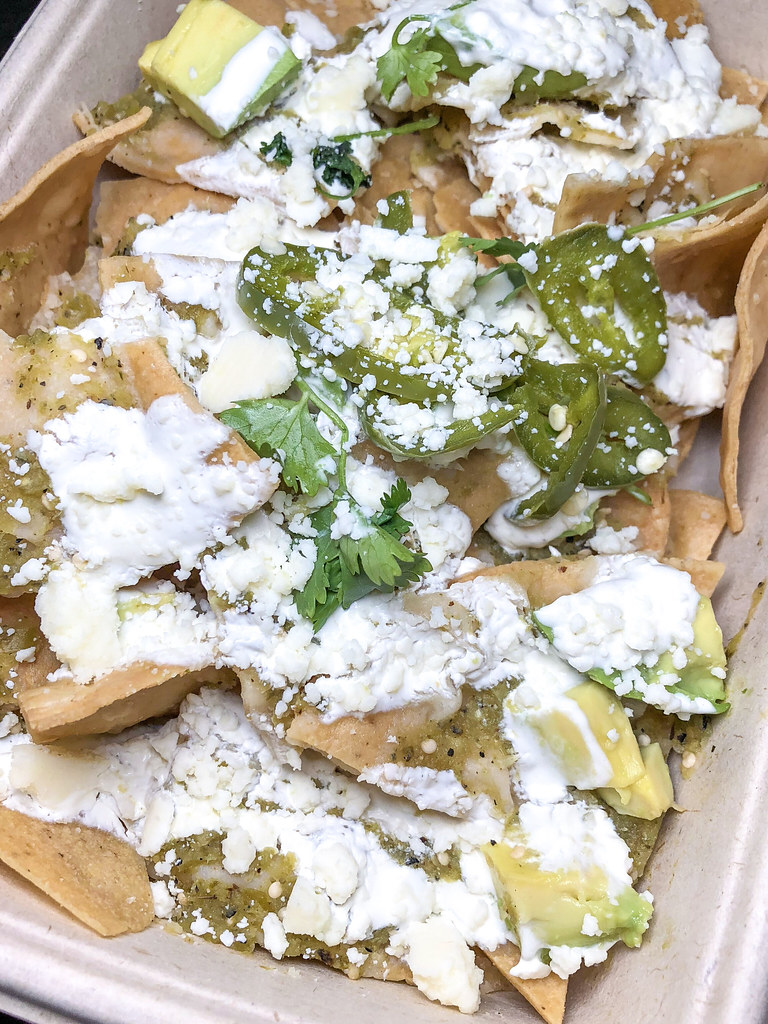 The is the Cali Nachos from Jicama California Street Food. Definitely not the best, but would have likely been better fresh. 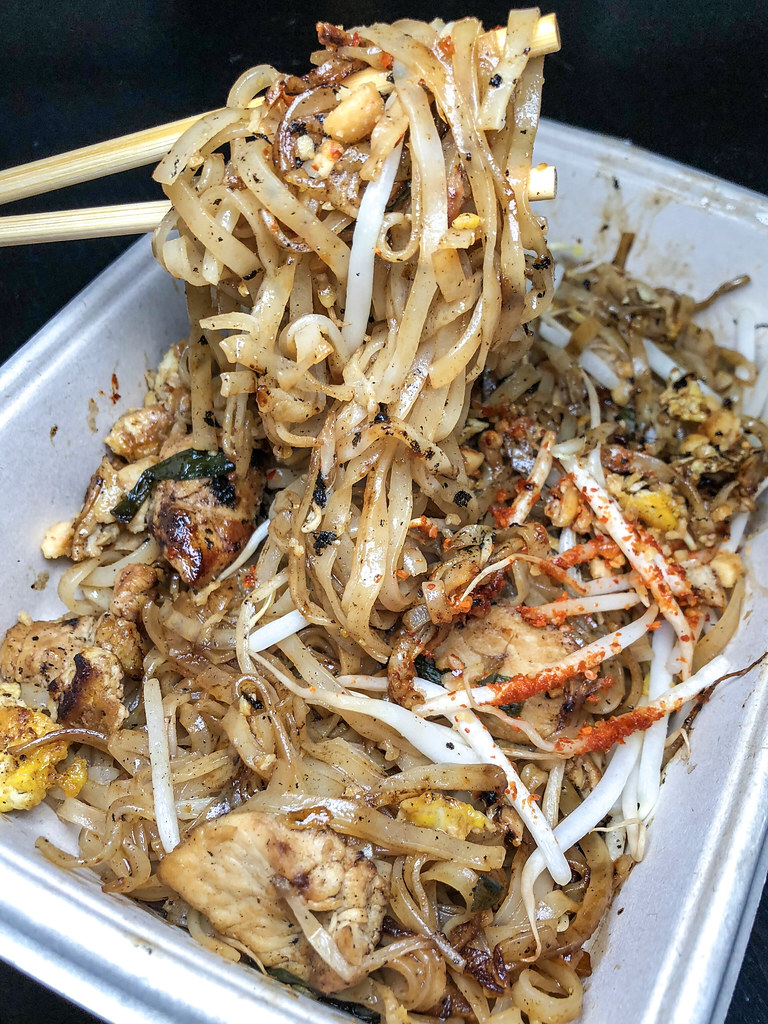 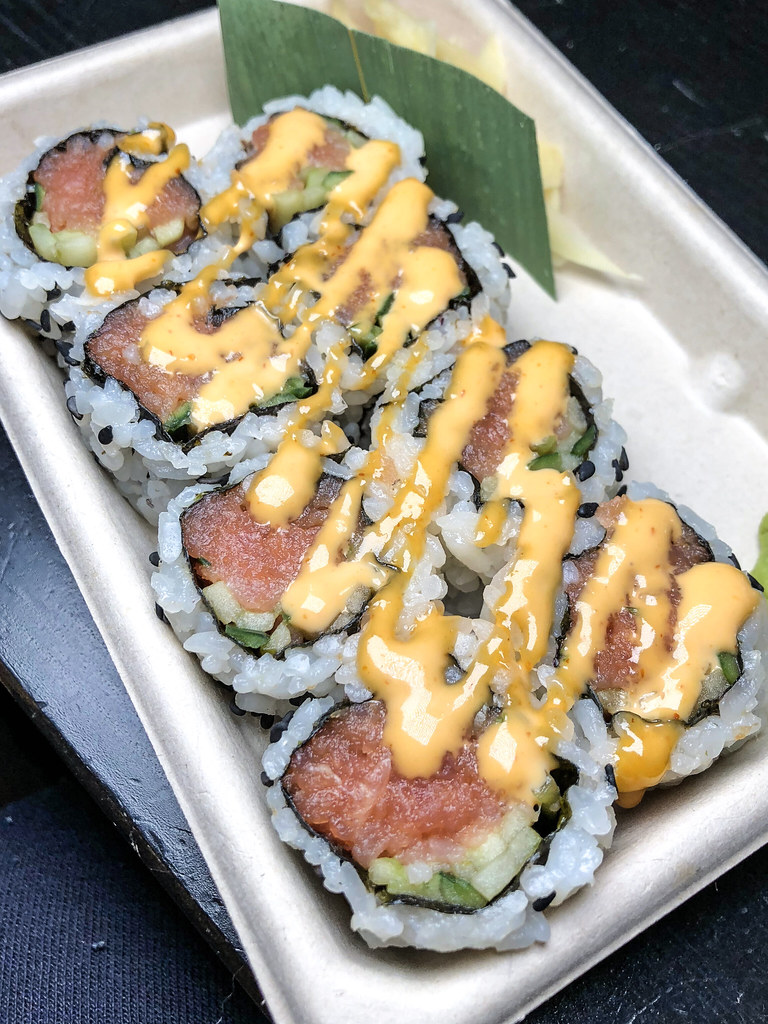 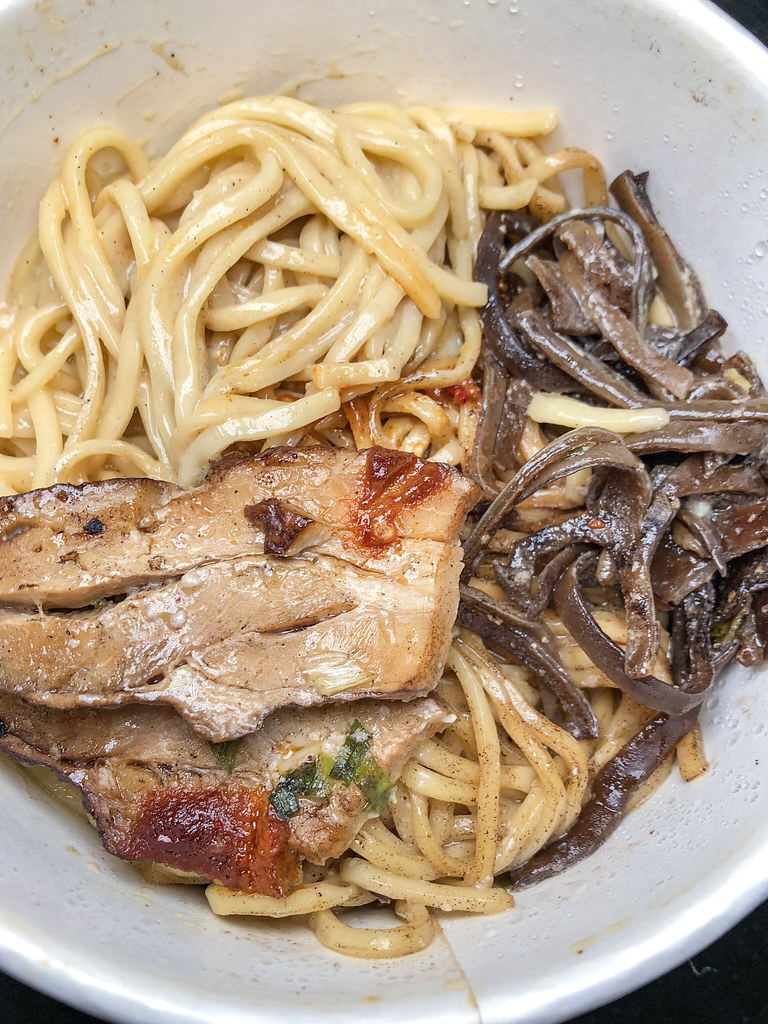 By far my favorite dish of the whole night. Kuro-Obi, started from the ramen masters at Ippudo, present themselves as a “quick service ramen bar” with a few market spaces throughout the city. I can’t even begin to tell how you delicious their ramen is. 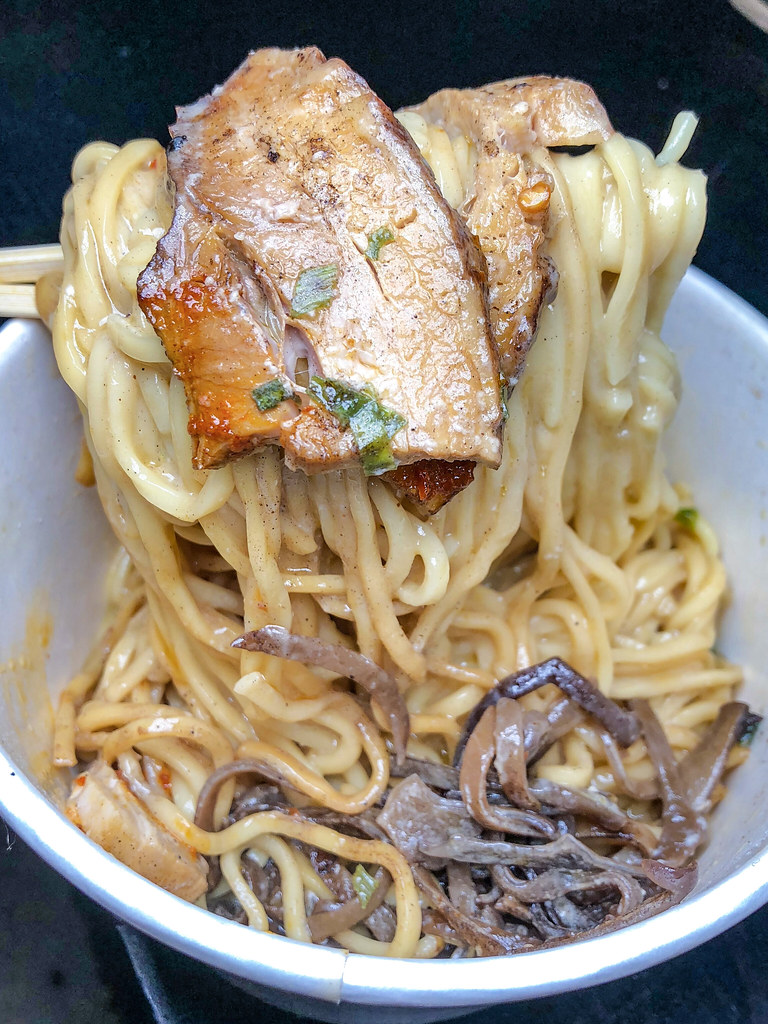 I present to you the Aka-Obi – creamy chicken soup ramen, with springy zuzutto noodles, a spicy miso paste, scallions, kikurage mushrooms and 2 pieces of sliced marinated pork chashu. Literally.. TO DIE FOR. 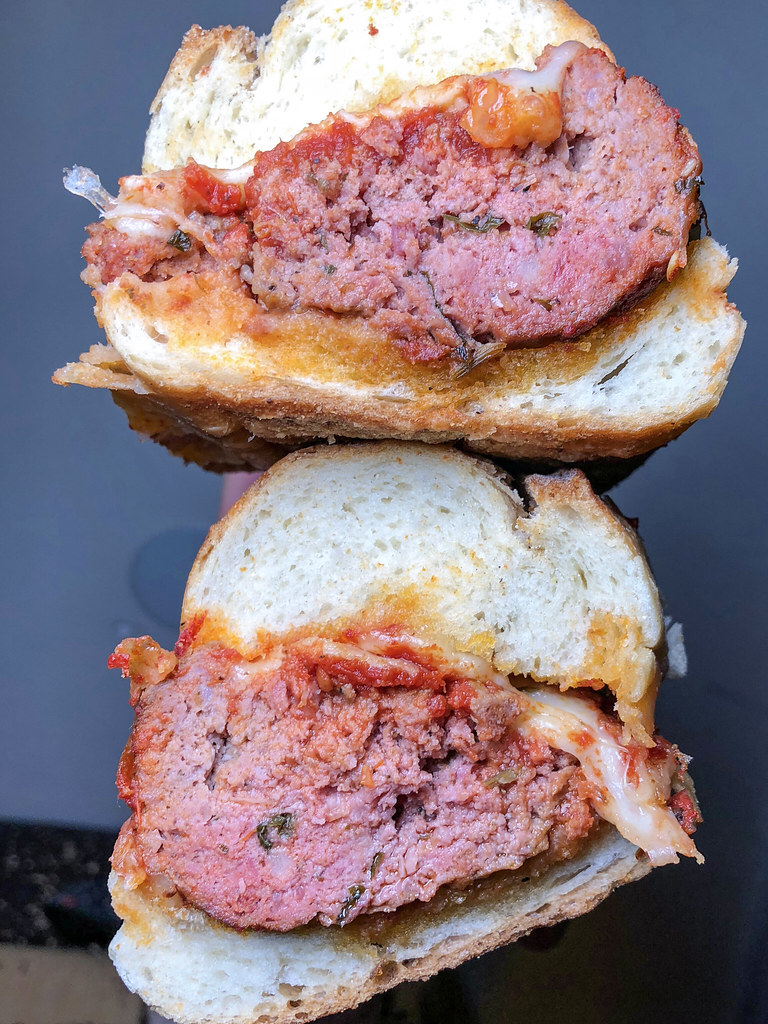 Cappone Salumeria‘s, known for their Italian sandwiches, had a special of the night – their Meatball Parm. The balls were huge, flavored and cooked well, and as expected the Italian bread was on point. A perfect nightcap before going into a perpetual food-coma.