Spring is coming! And who else besides my group of (gay) friends decided to throw a welcome party into spring? The rules were clear: ingredients must be spring-forward, and just be cautious on not bringing too many meat dishes (vegetarians in the house of course). Challenge accepted. 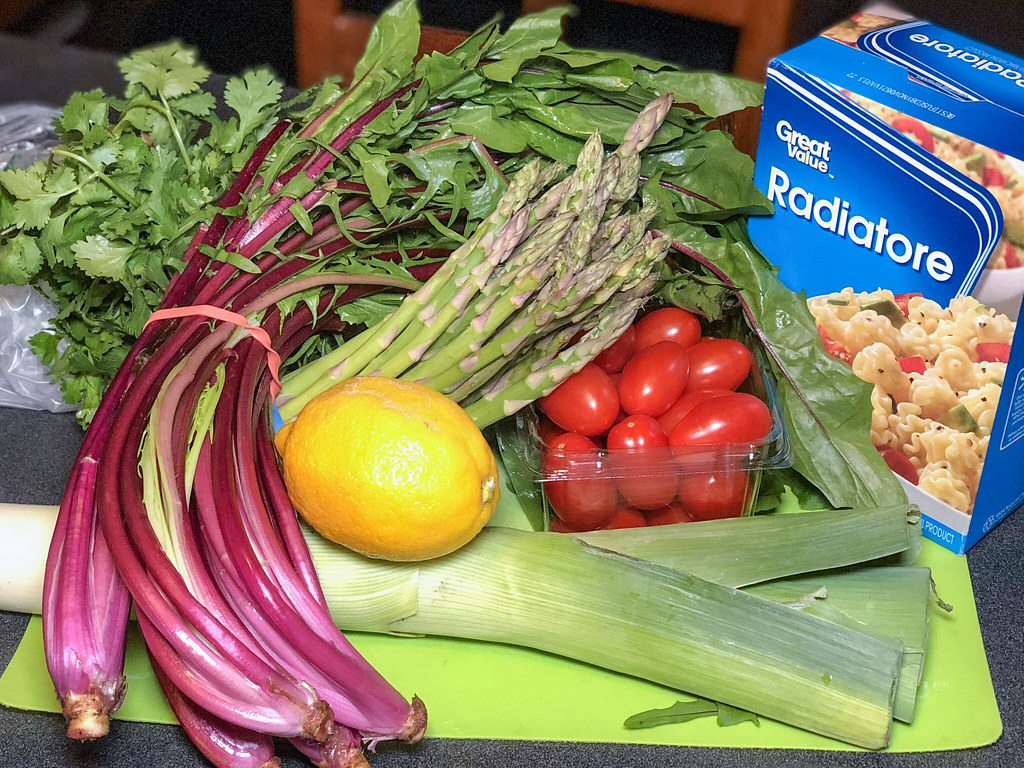 I went to the local vegetable stand (or is it a market, I’m not sure?), United Brothers, in Astoria. It’s quite a large open space that sells bins of fruits, vegetables, and local goods. It really is an institution in Astoria, being the only 24 hour veggie stand I’ve heard of. Need oranges at 2AM? They got you! 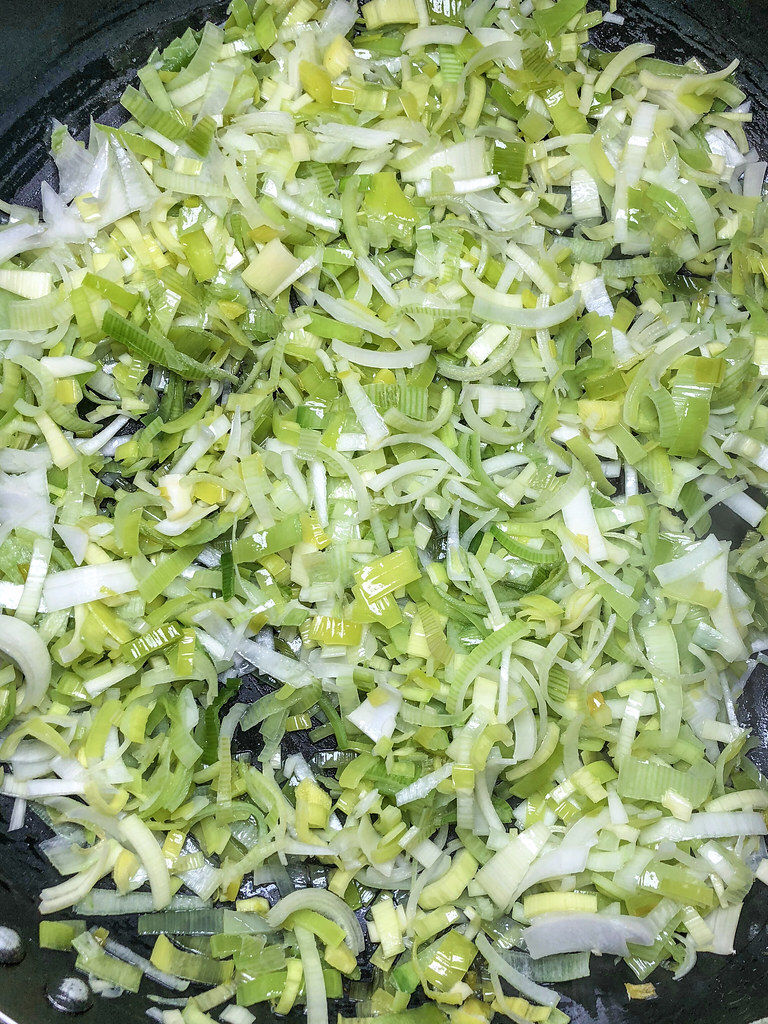 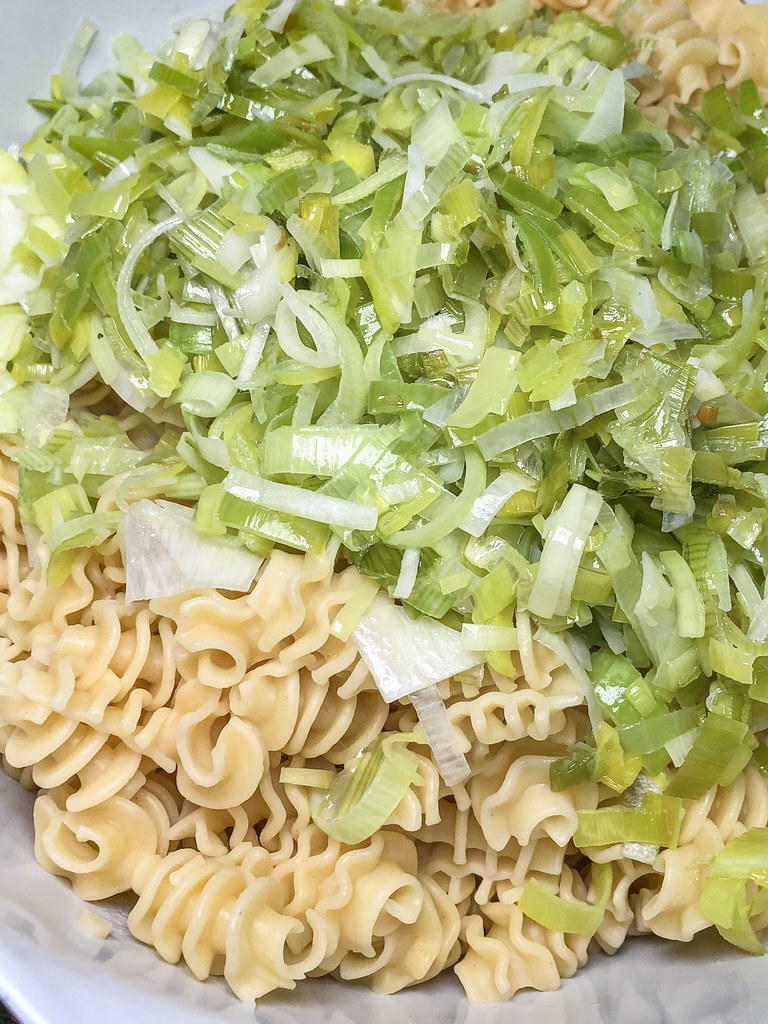 I thinly diced the washed leeks just up to the light green part, and sauteed them for 5 or so minutes until they were soft. Then I dumped them to my cooked pasta and set to the side. You can obviously use any local fresh vegetables you find to make a similar pasta salad. 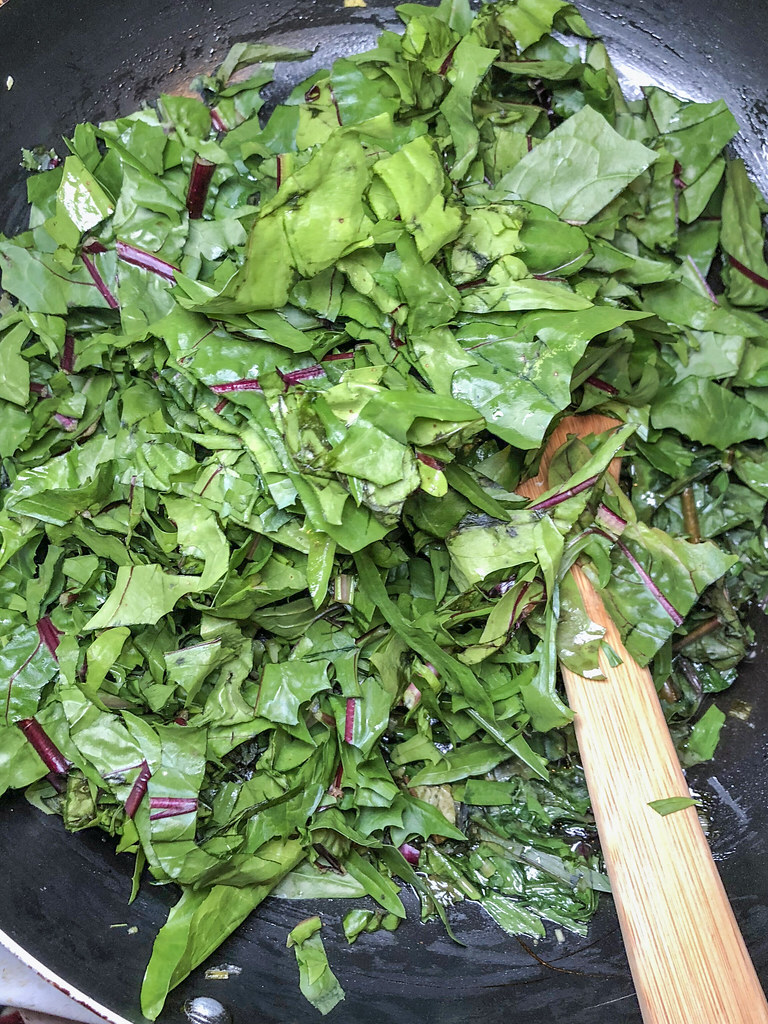 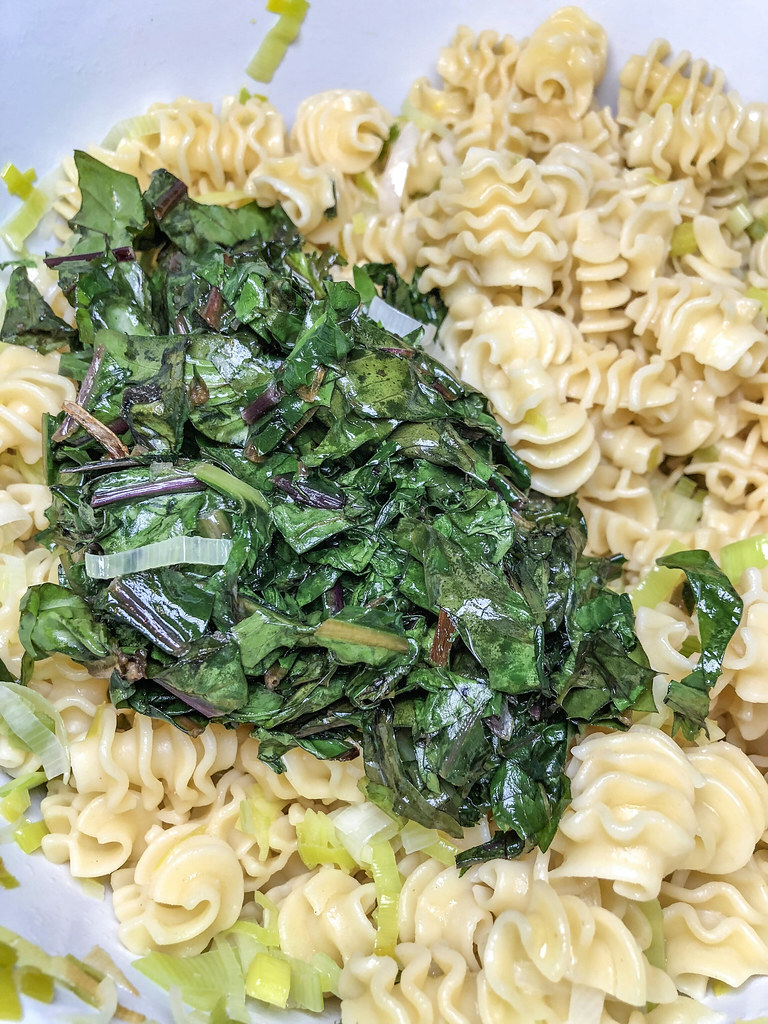 In the same pan, saute the chopped/shredded dandelion greens. If you can’t find dandelion greens, collard greens would probably be a good substitute. It’s a pretty hearty leaf, but wilts quite quickly. I should have only did a quick 2 minute saute, but unfortunately here it was closer to 5 minutes. Same as leeks, dump into pasta once complete. 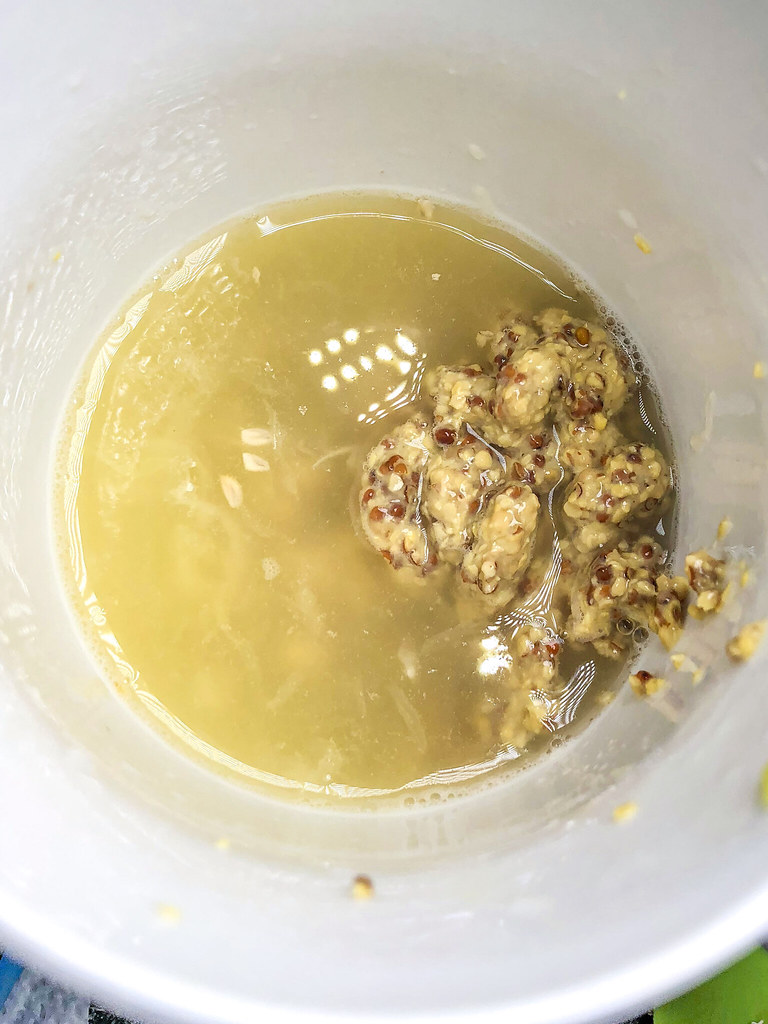 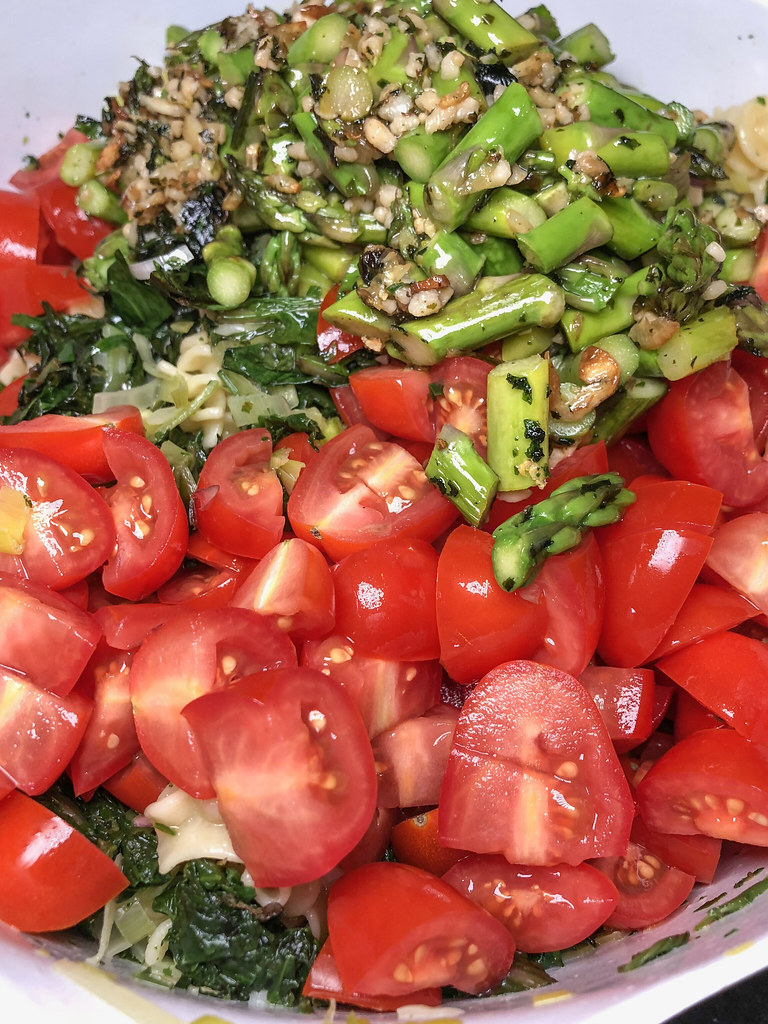 Continue to cook any other vegetables that shouldn’t be eaten raw. I only added asparagus to the pan for a few minutes, then sliced thinly on the bias. Add the cooked veggies and the raw ones (tomatoes, herbs, etc) to the pasta bowl and lightly mix. In a separate bowl, make the mustard-vinaigrette dressing I love so much.

It’s pretty much equal parts ground mustard, apple cider vinegar, and extra virgin olive oil. Mix and taste; adjust to your liking. Only for this spring pasta salad, I’m gonna freshen it up a bit with the zest and juice from one lemon. Mix it all together before serving. 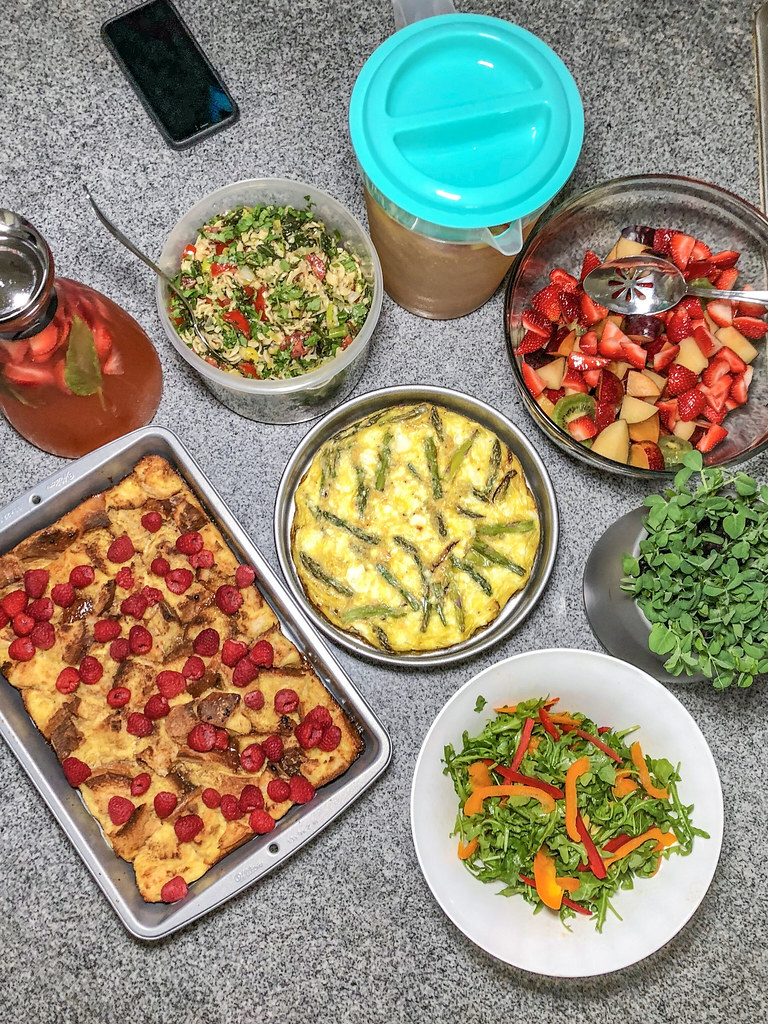 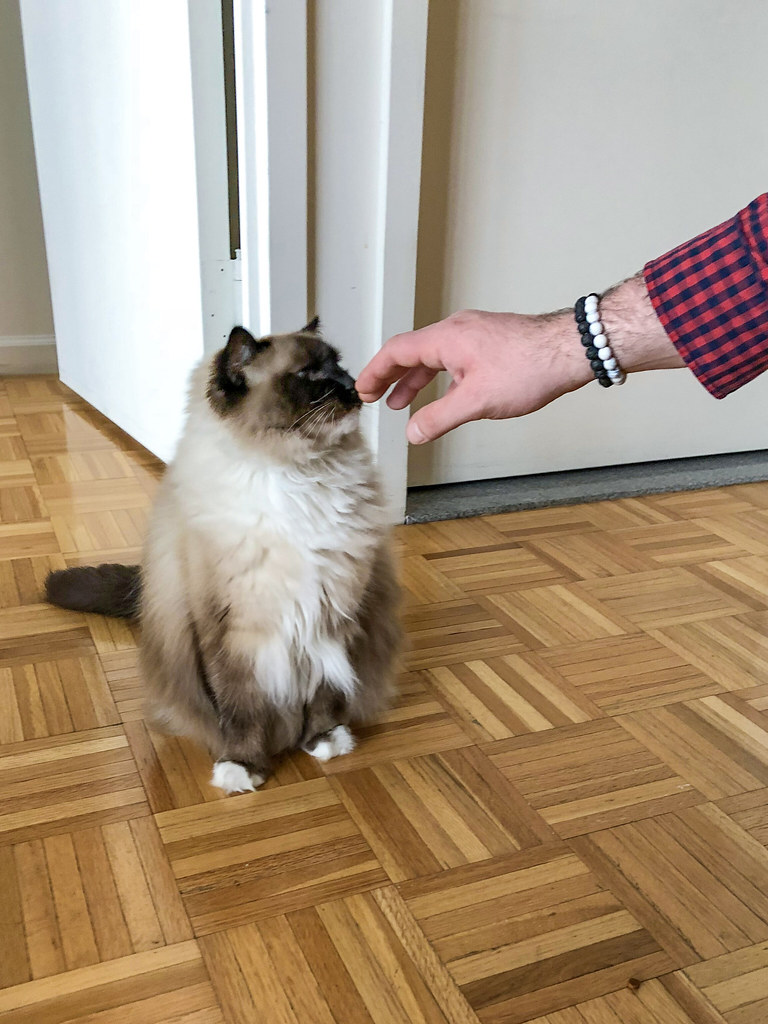 The Spring Brunch was a hit. Besides the pasta salad, we also had a goat cheese asparagus fritata, raspberry french toast casserole, white peach sangria, strawberry basil margarita, and much more. Oh! And the host has a beautiful rag-doll cat named Halo. 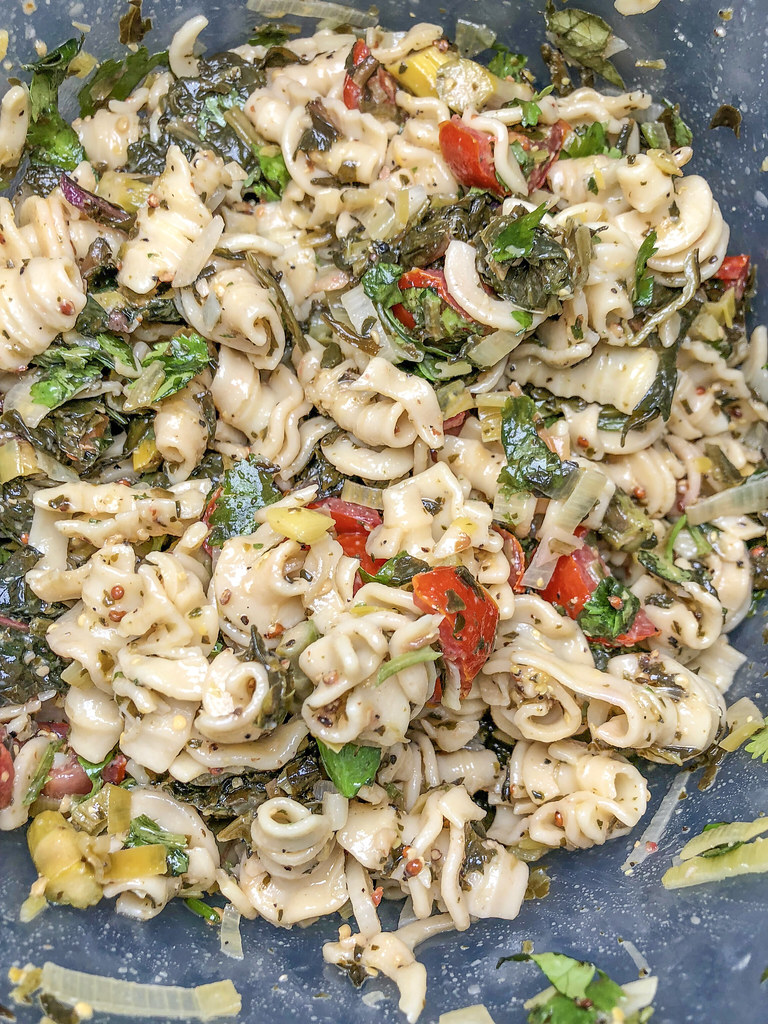 I’ve always liked the concept of cooking with fresh produce – it’s tastier and it’s typically cheaper. I think this Spring Brunch idea is gonna be an annual thing now.