Hard to believe Stephen and I have been together for 2 years now. That’s basically 2 years of him lifting mac-and-cheese-pulls,  holding stacked burger in the air, constantly eating cold food, and putting up with my obnoxiously bright LED light in public. I’d like to believe that he thinks it has all been worth it, especially since he usually gets to reap the benefits of my food endeavors.

Our actual anniversary was a week ago, and with no specific plans we figured we’d walk up and down Ditmars looking for somewhere to get a celebratory bite. I’ve mentioned Nino’s AQ to Stephen quite a few times since its recent opening, noting that I had enjoyed their Manhattan location Nino’s 46 quite a few years ago. It’s a family-owned operation, with handmade pastas and well-known for their array of gluten-free (GF) options. 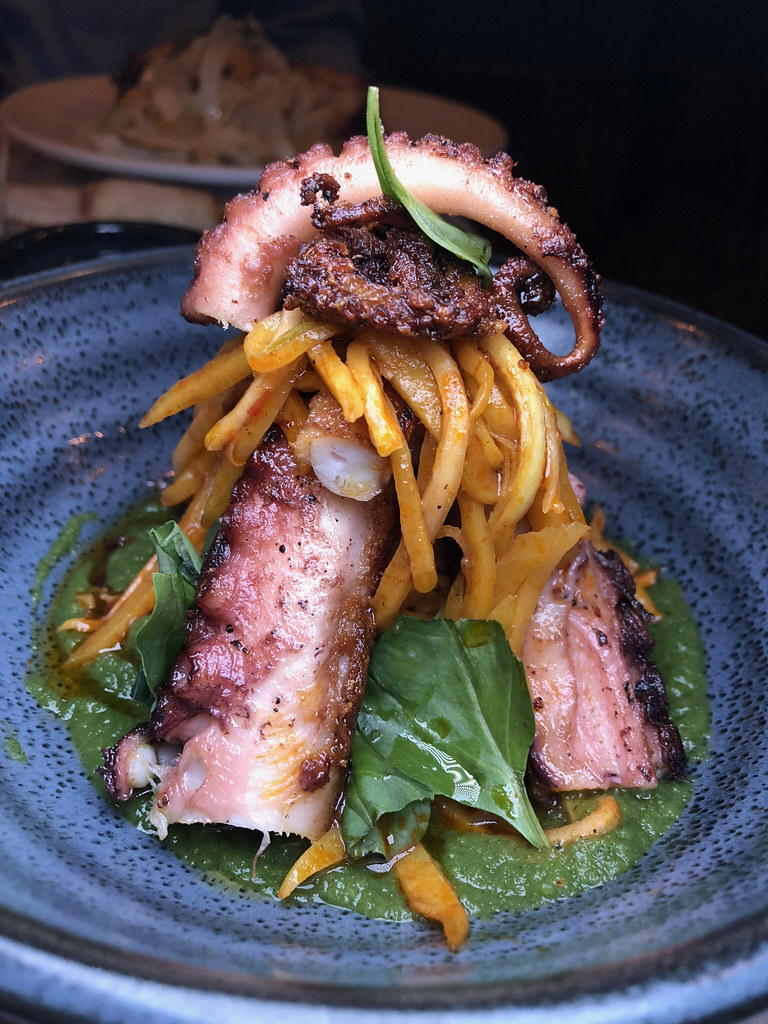 Since we weren’t trying to ball out for dinner, we got a few appetizers and a bottle of wine to share. Our favorite starter was this Charred Octopus (GF) with green mango, black chili, and zucchini puree. The octopus was cooked perfectly, similar to the texture of the nearby Greek restaurants’ octopus. The sweetness of the mango and bright flavors were definitely different, but tasty. 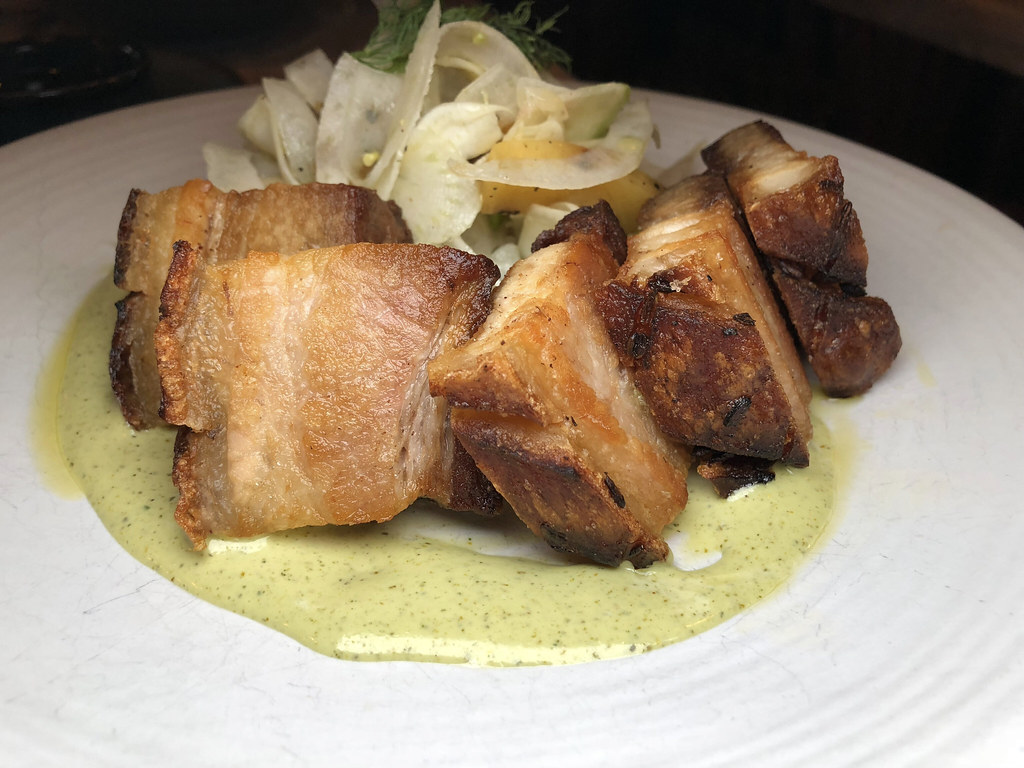 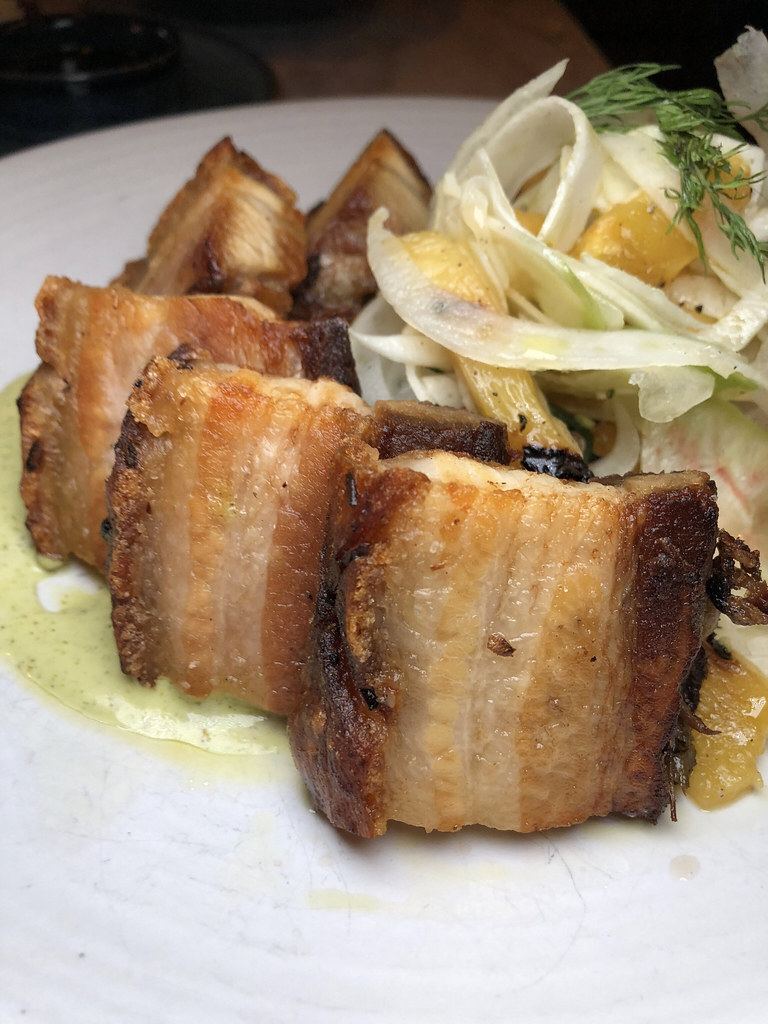 While the pork belly was crispy and the aioli sauce a nice match, the fennel salad thing going on in the back was a little lackluster and almost unnecessary. It felt almost like two separate dishes. 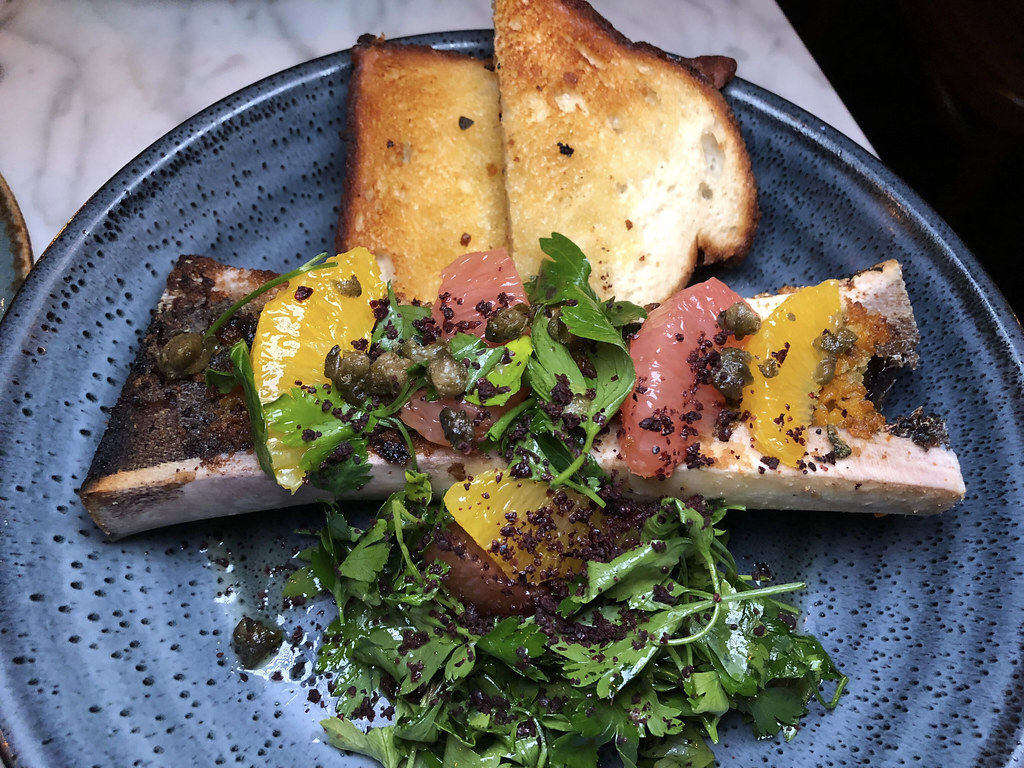 This was their Bone Marrow (GF), with Amaretti crust, pumpkin, fried capers, parsley salad, and sumac. 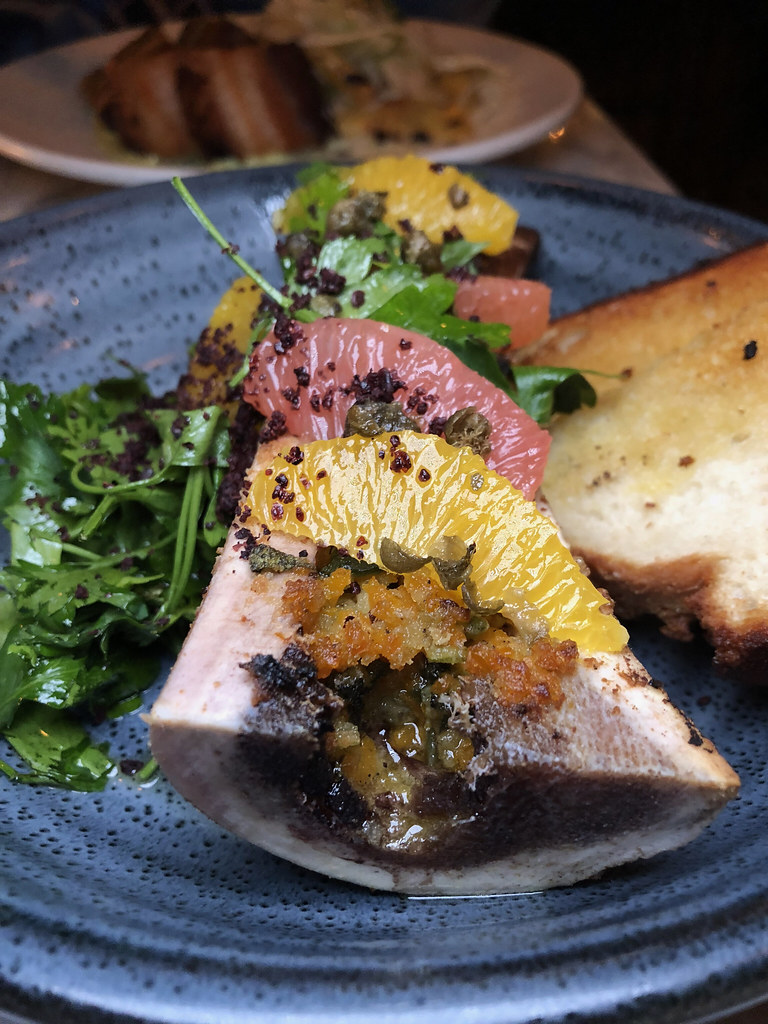 The flavors in the topping was really interesting – especially with the sumac and fried capers, but I didn’t think the citrus slices were necessary. It was Stephen’s first time eating bone marrow so he didn’t quite understand the concept of it, but I enjoyed it.

The restaurant itself hasn’t been opened too long, but I imagine they’ll work through the kinks and have it straightened out in no time. For the record, nothing was bad! We were just hoping for slightly more especially with the Manhattan prices.