I’ll order soup 365 days a year – I don’t give a shit what time of the year it is. I also don’t discriminate on soup bases either – everything from broths to bisques to chowders and my interest is immediately piqued. Strangely enough, a lot of people don’t share the same passion as I do. Most notably: Stephen. 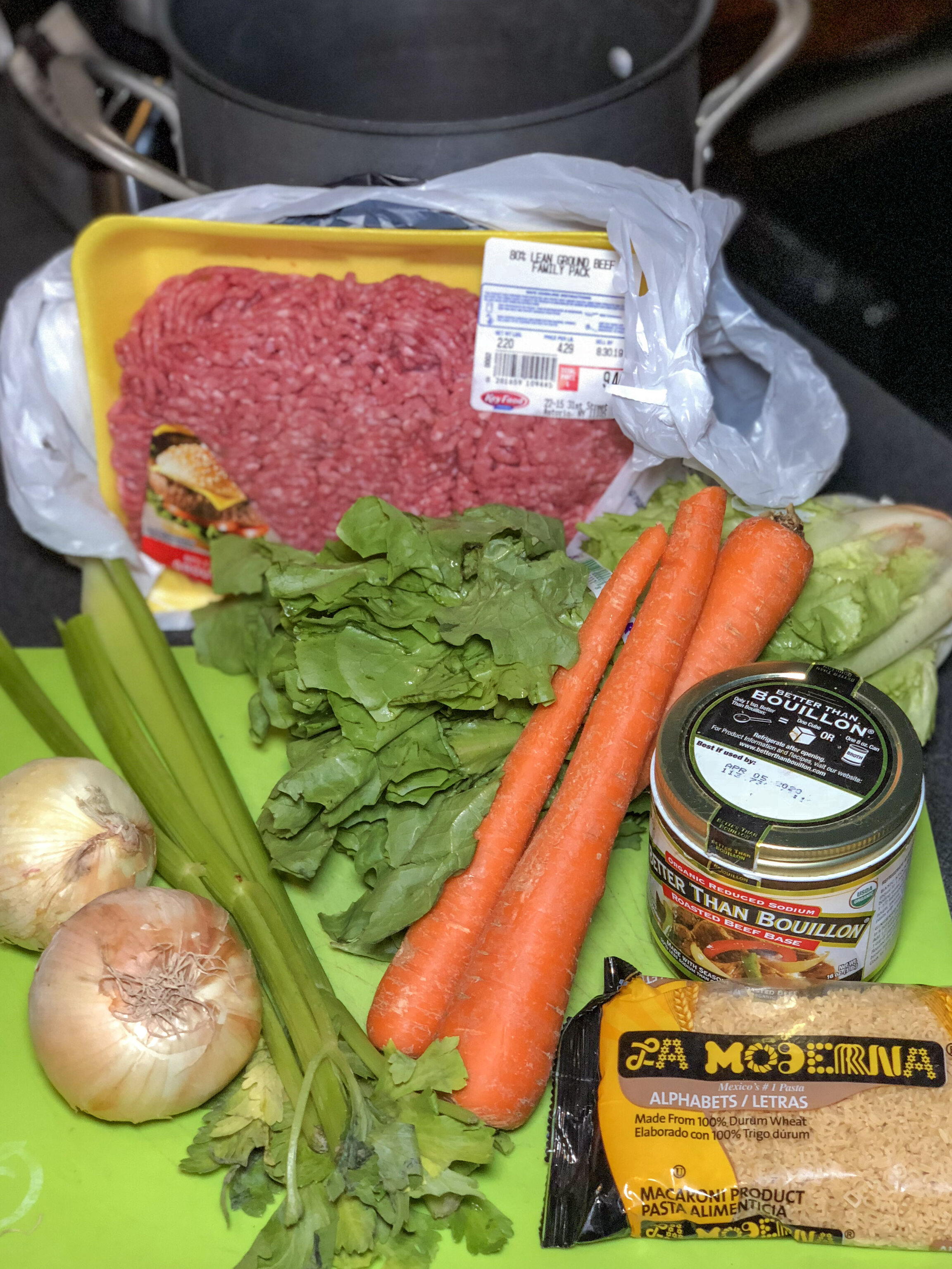 This is your pretty standard recipe – mirepoix, pasta, broth, and meatballs. I did double up the meatballs to appease the soup-hater, Stephen. 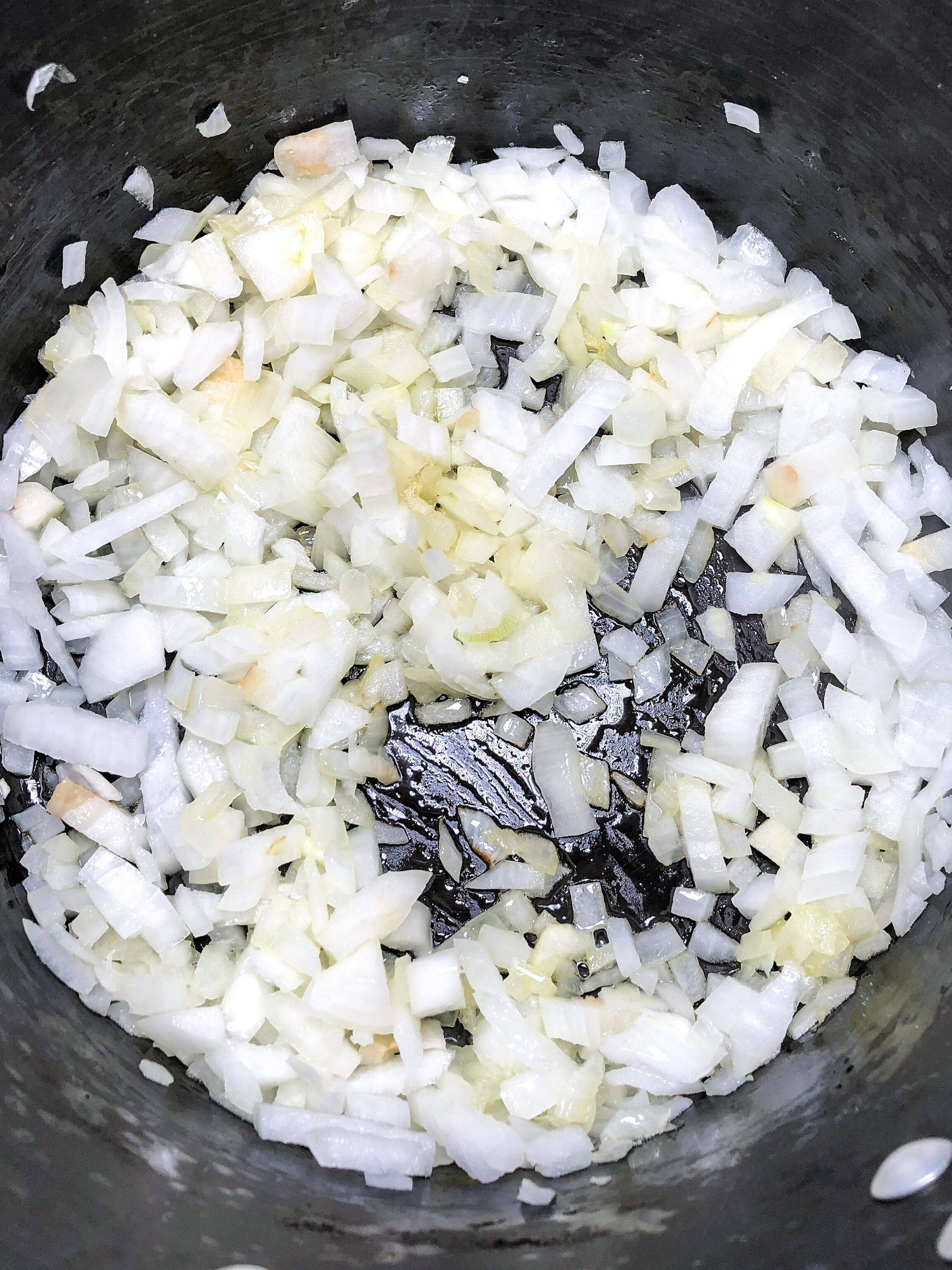 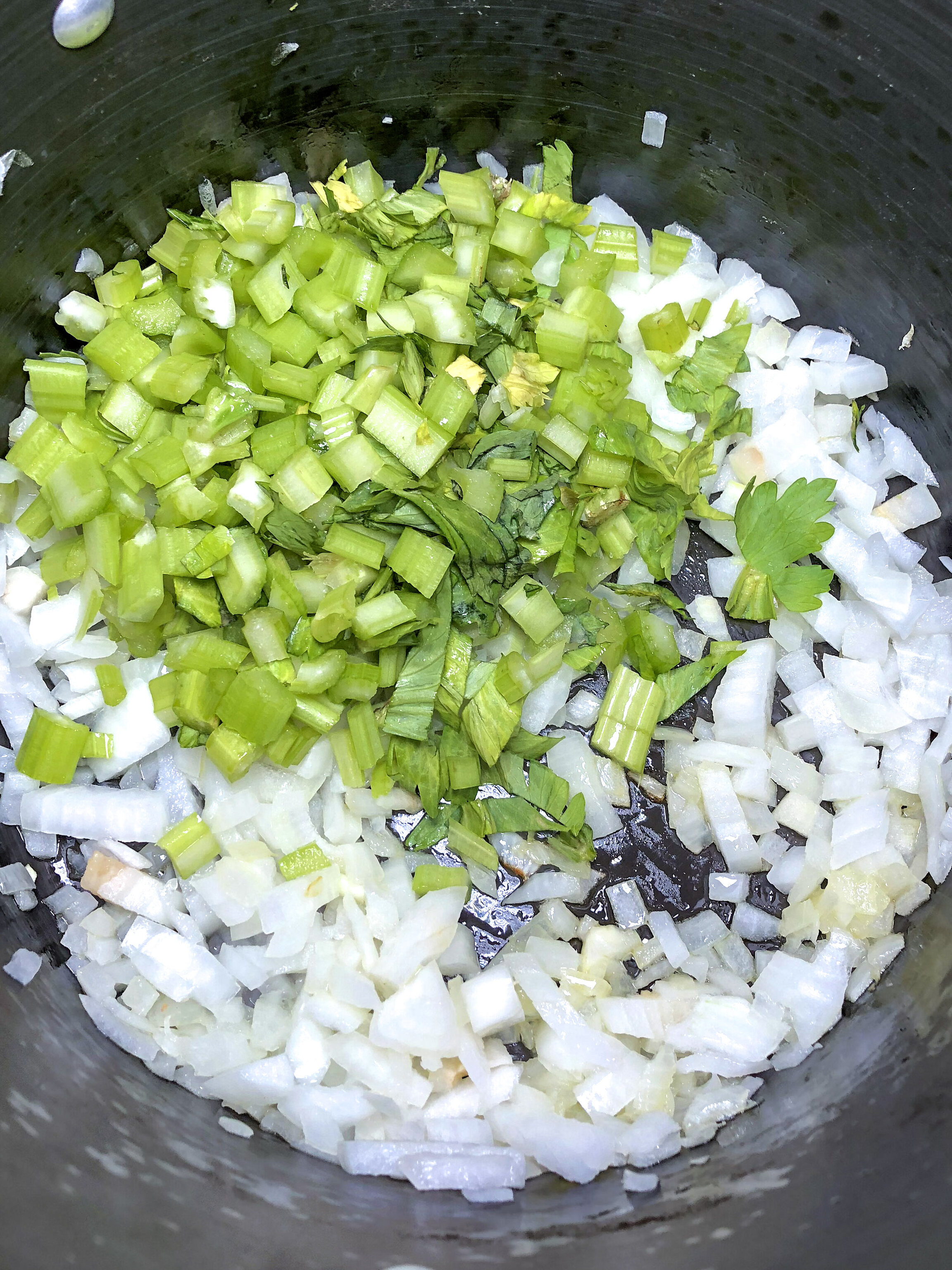 Mirepoix is just a fancy way of saying sauteed onions, carrots, and celery on low heat with either butter or oil. Typically they go all in together, but I like my onions cooked down a bit so I add them first for a few extra minutes. 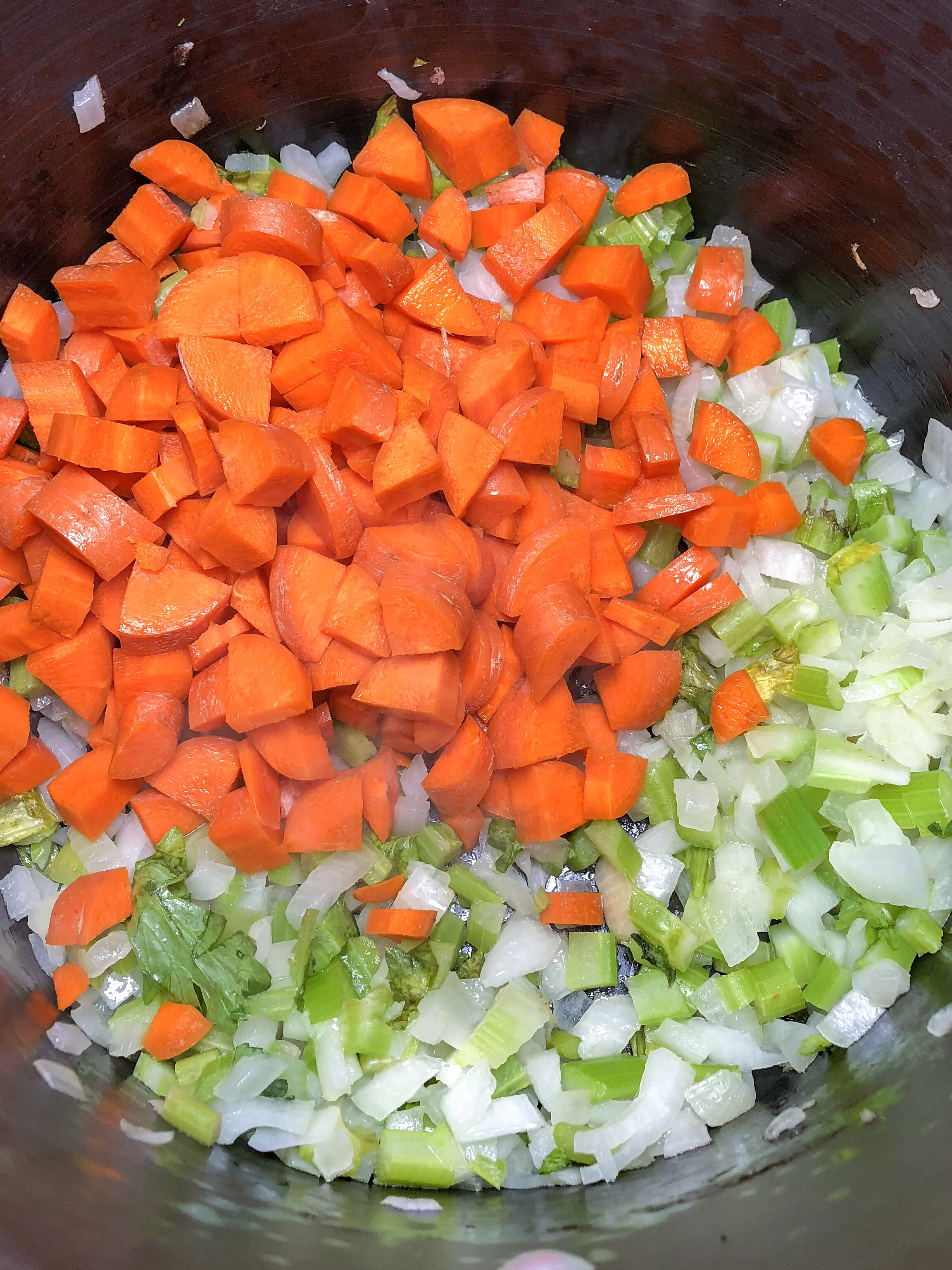 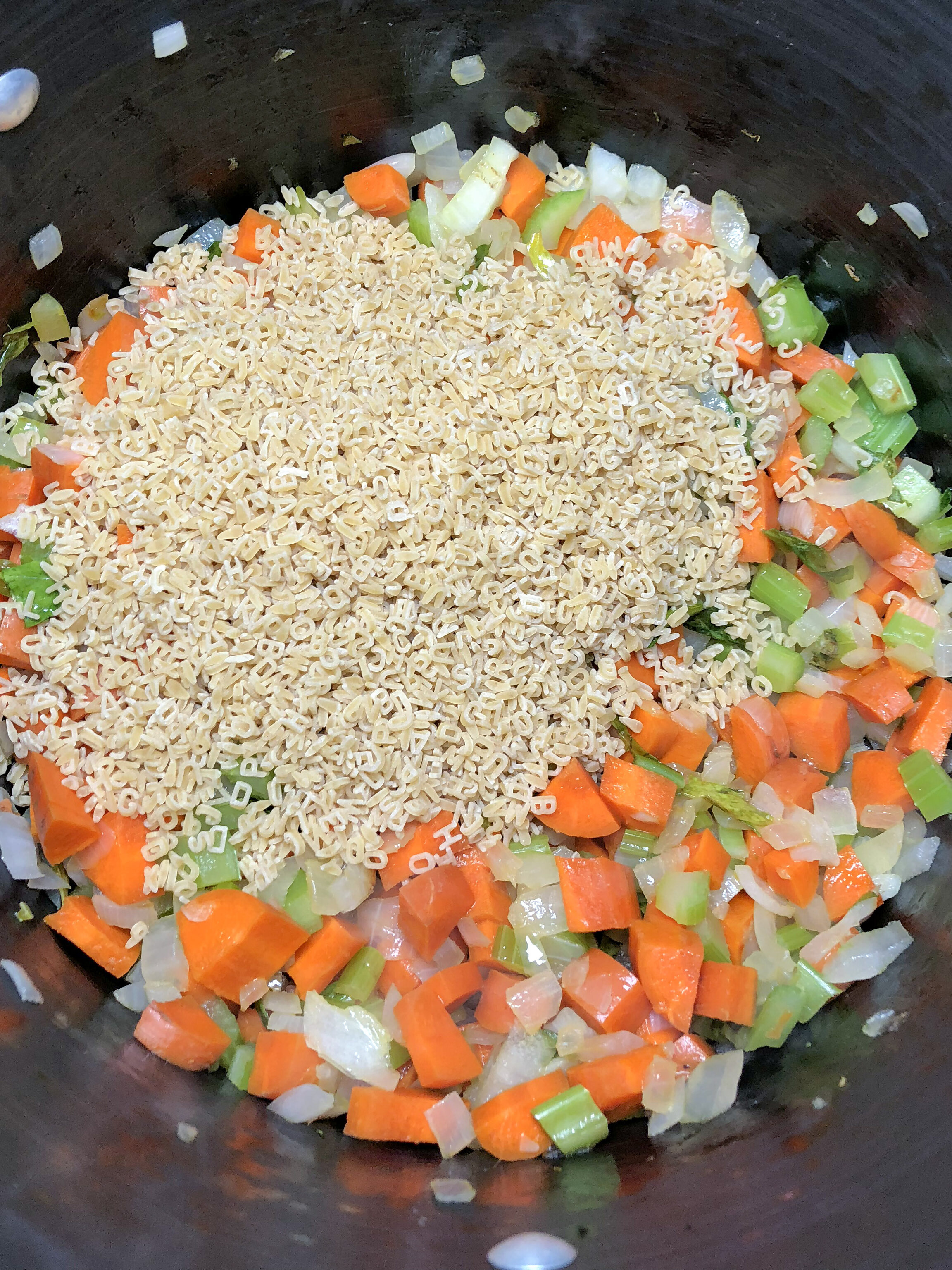 Once the vegetables are soft, throw the pasta. They’ll cook in the broth and soak everything up. 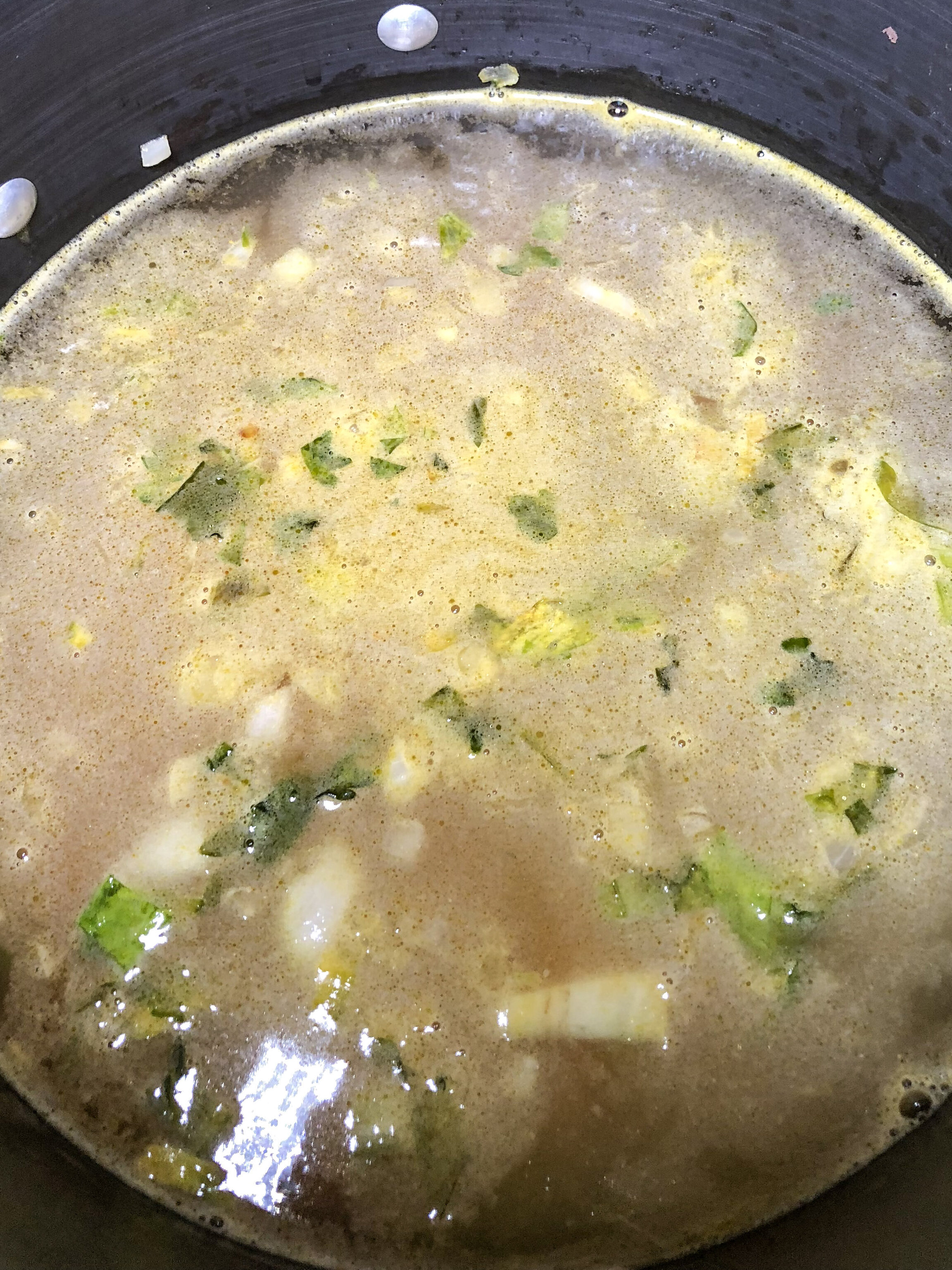 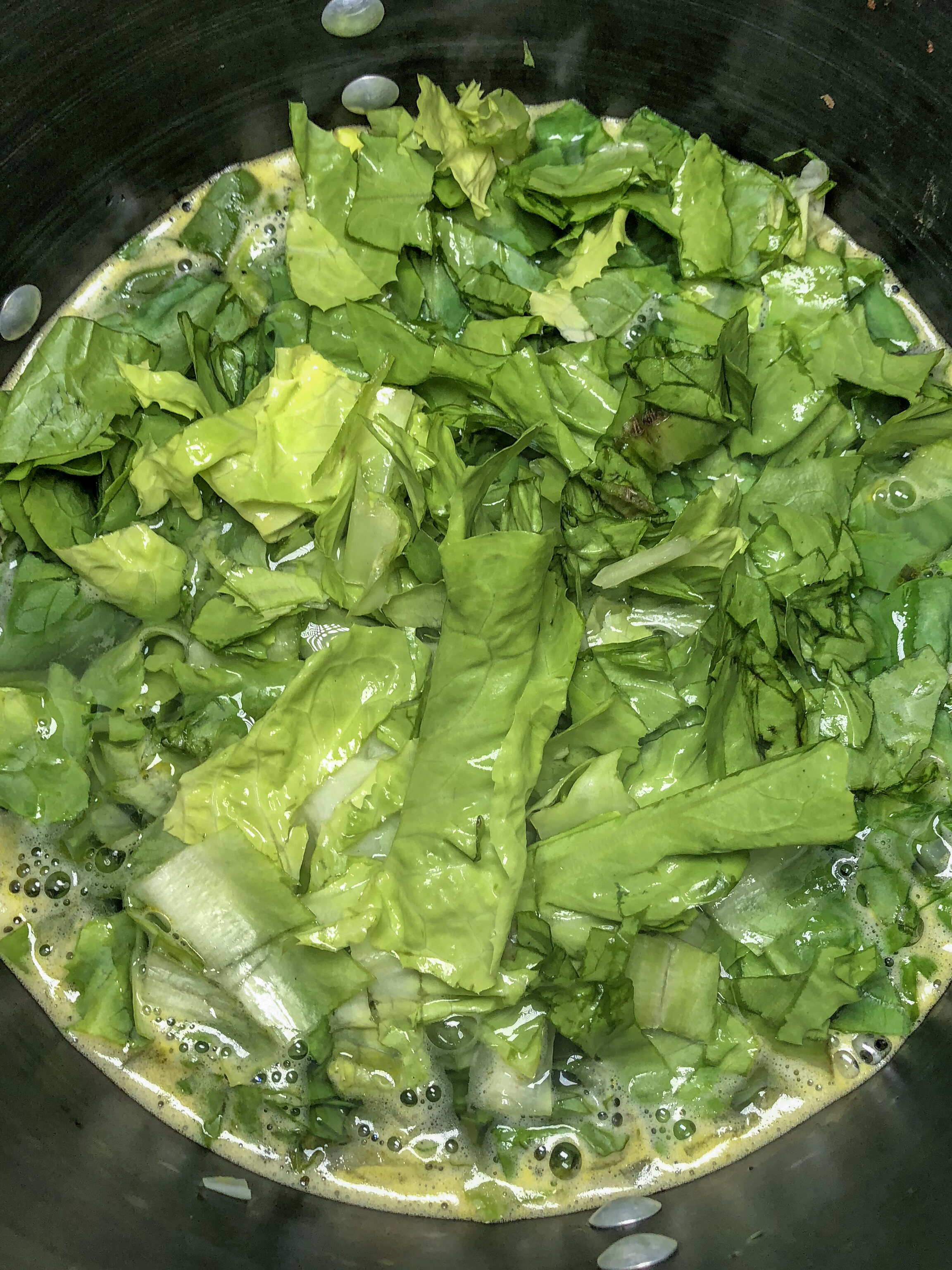 I love my Better than Bouillon jars mostly to save space in my fridge or pantry. One teaspoon of it (with the equivalent amount of water) equates to 1 cup of broth. I didn’t fully measure the amount of water I used, but it was about 10-12 cups or so. If you like your soup more thick and less brothy, add less. Vice versa for brothy soups. I also threw in the widely chopped lettuce to wilt in the pot as well. 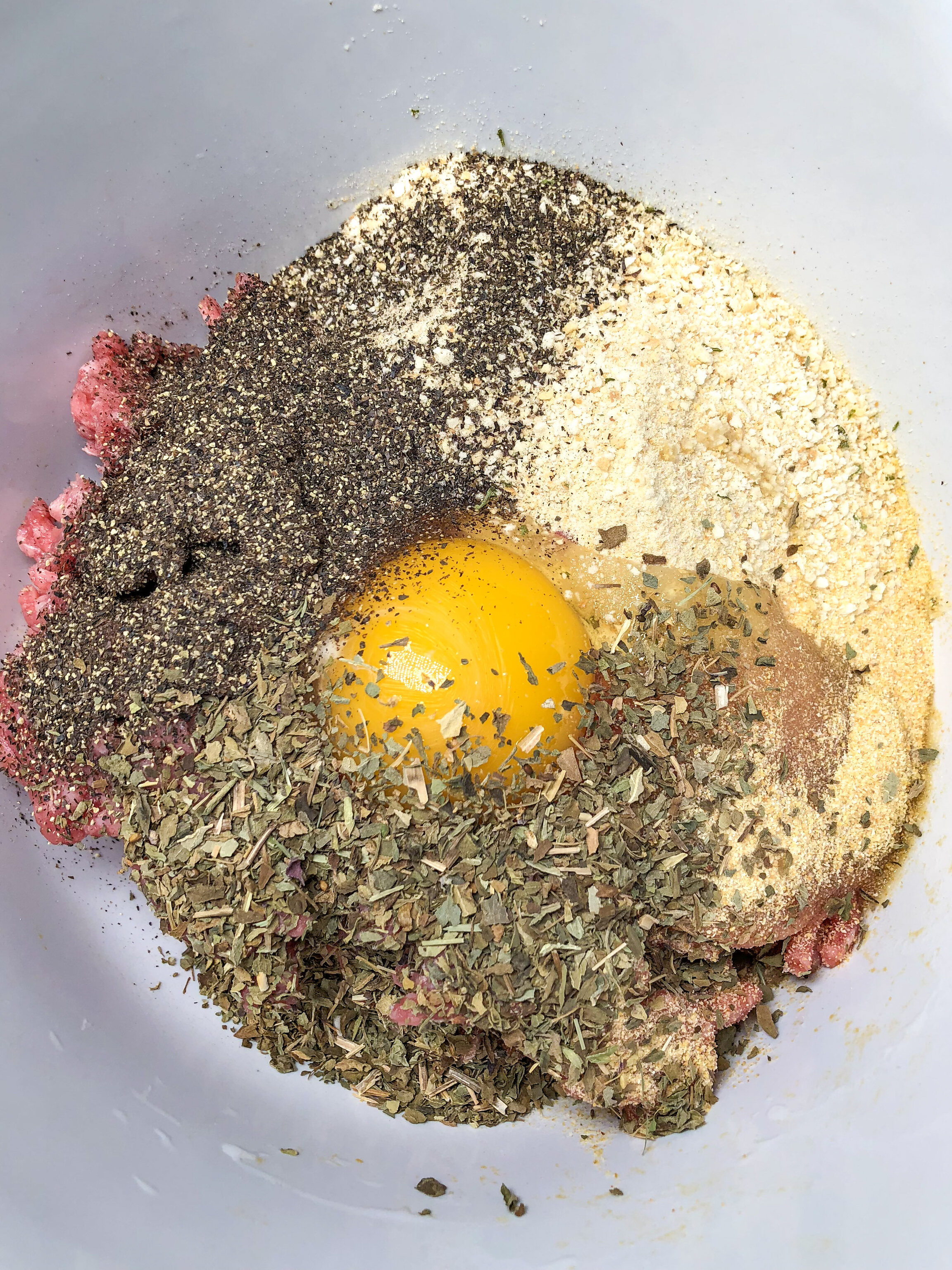 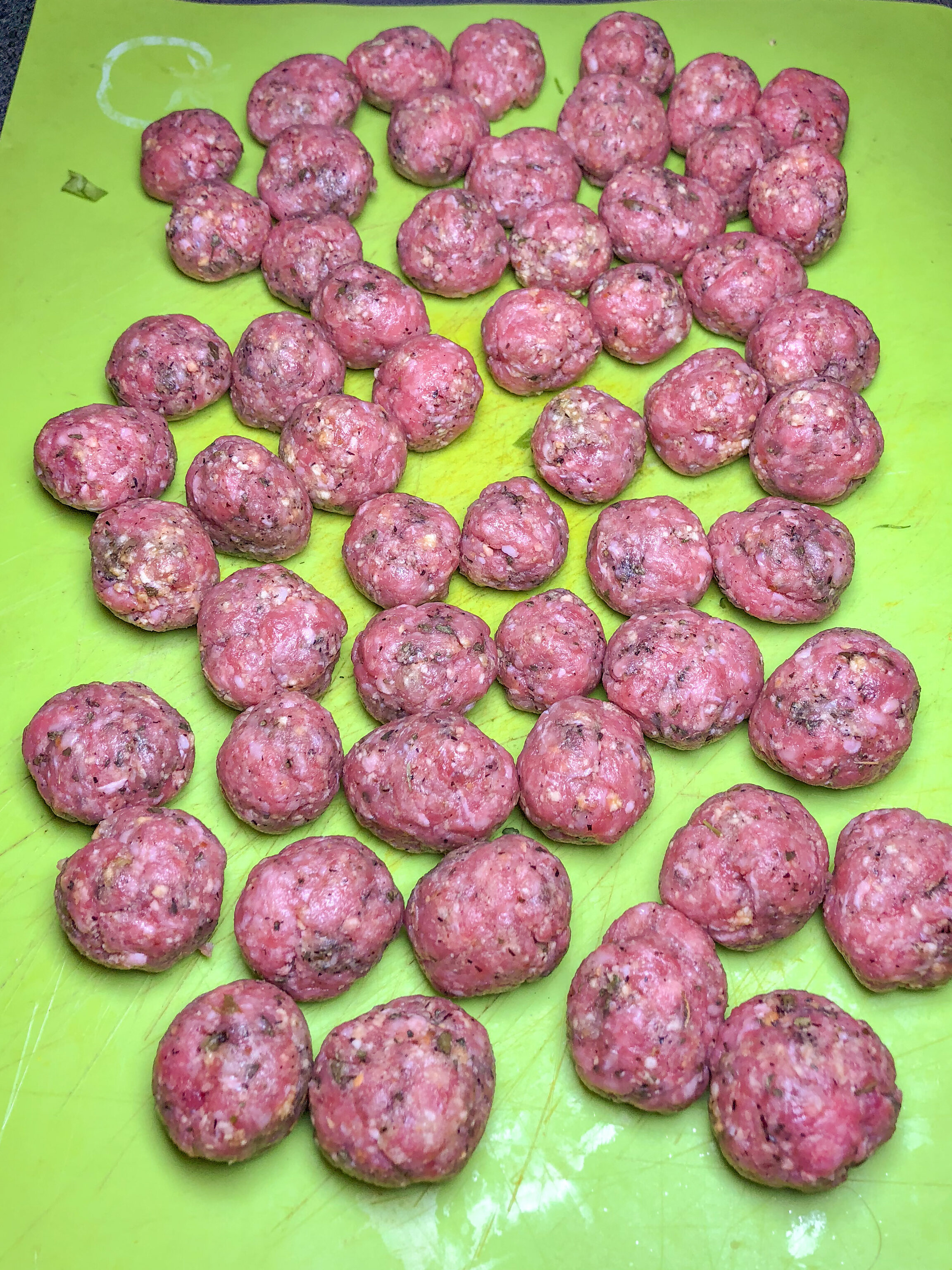 While the pot comes to a boil, prepare the meatballs. You can even substitute frozen meatballs if you’re pinched for time. I like them on the smaller side in my soup, so these were about 3/4 of an inch or so. Once the pot comes to a rolling boil, bring it down to a strong simmer and gently drop the balls in. Should only take about 10 minutes or so if the meatballs aren’t too large. Taste and season if anything is missing. I like a deep, rich soup so I probably added more bouillon spoons than needed, but this also allowed for me to not have to add any salt. 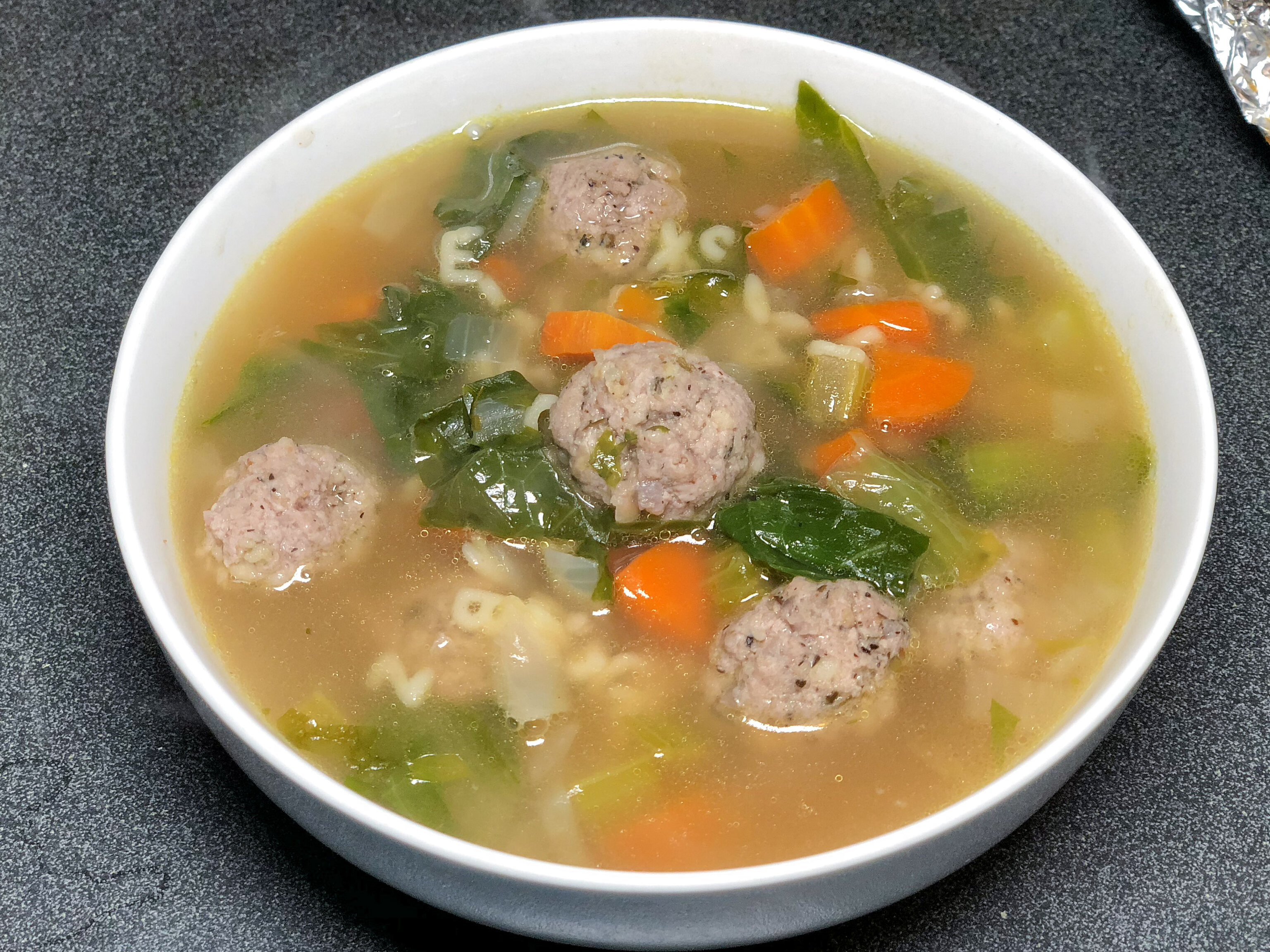 Although missing in the photo, I did serve it with parmesan cheese (the shitty kind from a can), but fresh grated would be awesome. 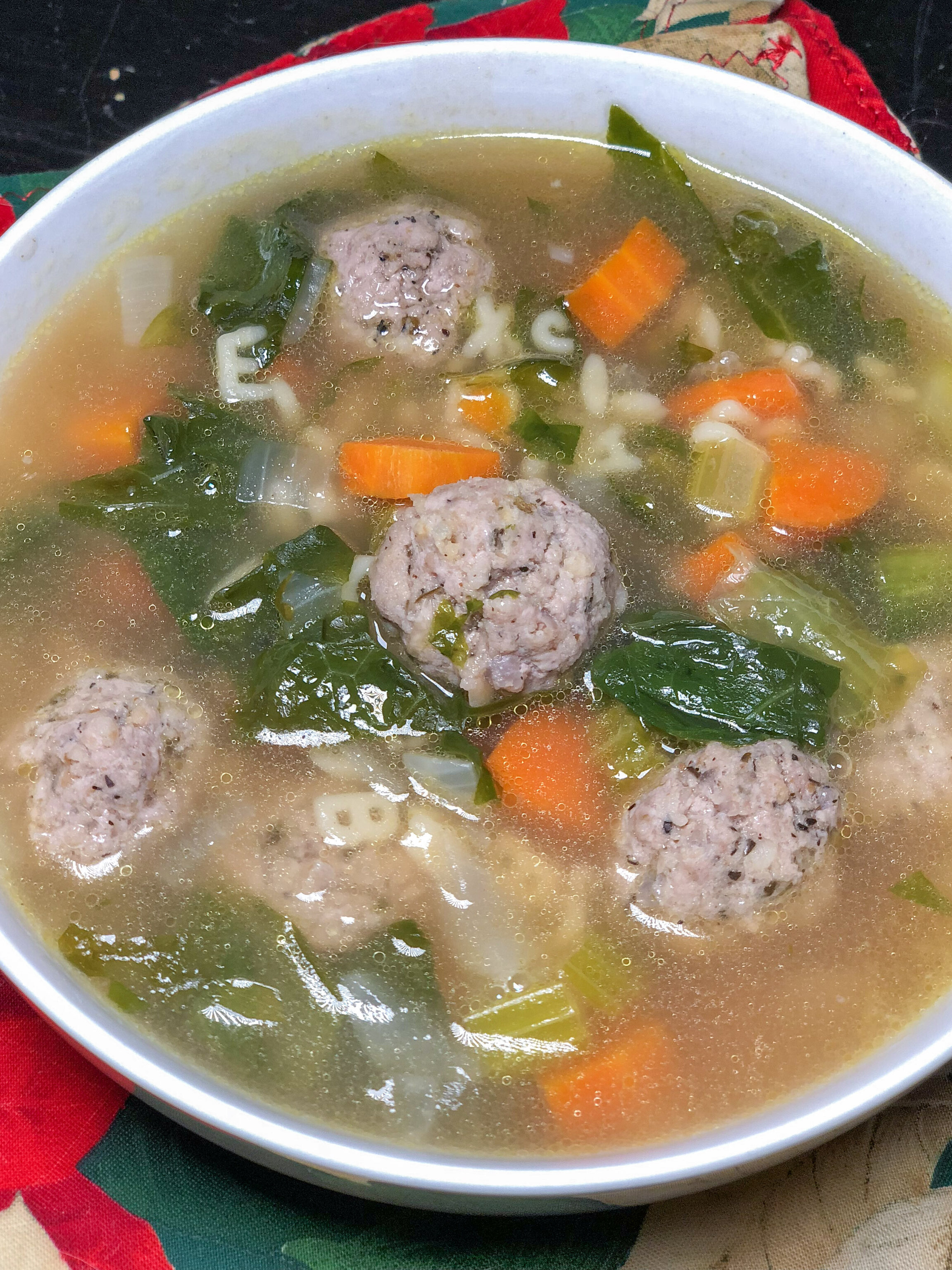 The alphabet pasta is a bit childish I have to admit, but that was the only small pasta I had on hand. 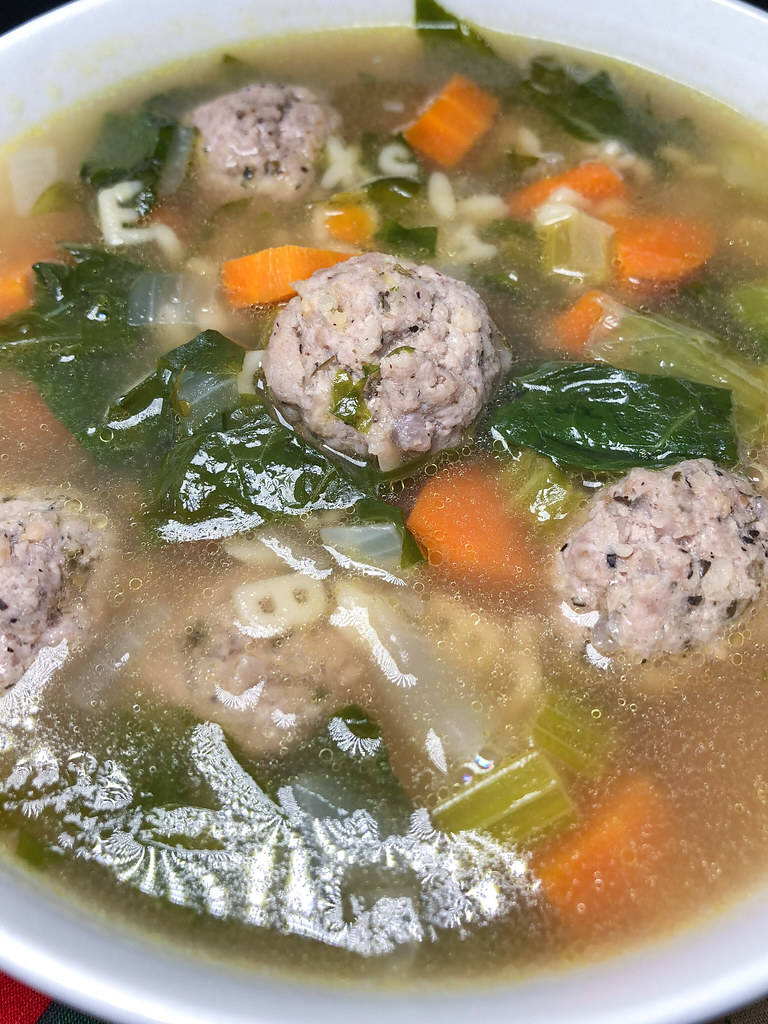 Stephen said he’d “try a spoonful” and ended up eating half the pot of soup in like one sitting. Granted he mostly did pick out the meatballs and good stuff, but still a win in my book.