Leeks hardly get enough representation in recipes, which is so unfortunate. Hell, my boyfriend didn’t even know what a leek was until I brought a bundle home one day. He thought they were large scallions; to which I had to explain that they kinda sorta were, but weren’t. Leeks have this mild onion flavor that only gets sweeter and more in-depth the longer you cook it, not to mention their vibrant green color can make any dish look beautiful. So, now I’m making it a personal mission of mine to spread the word of this spunky, versatile vegetable. 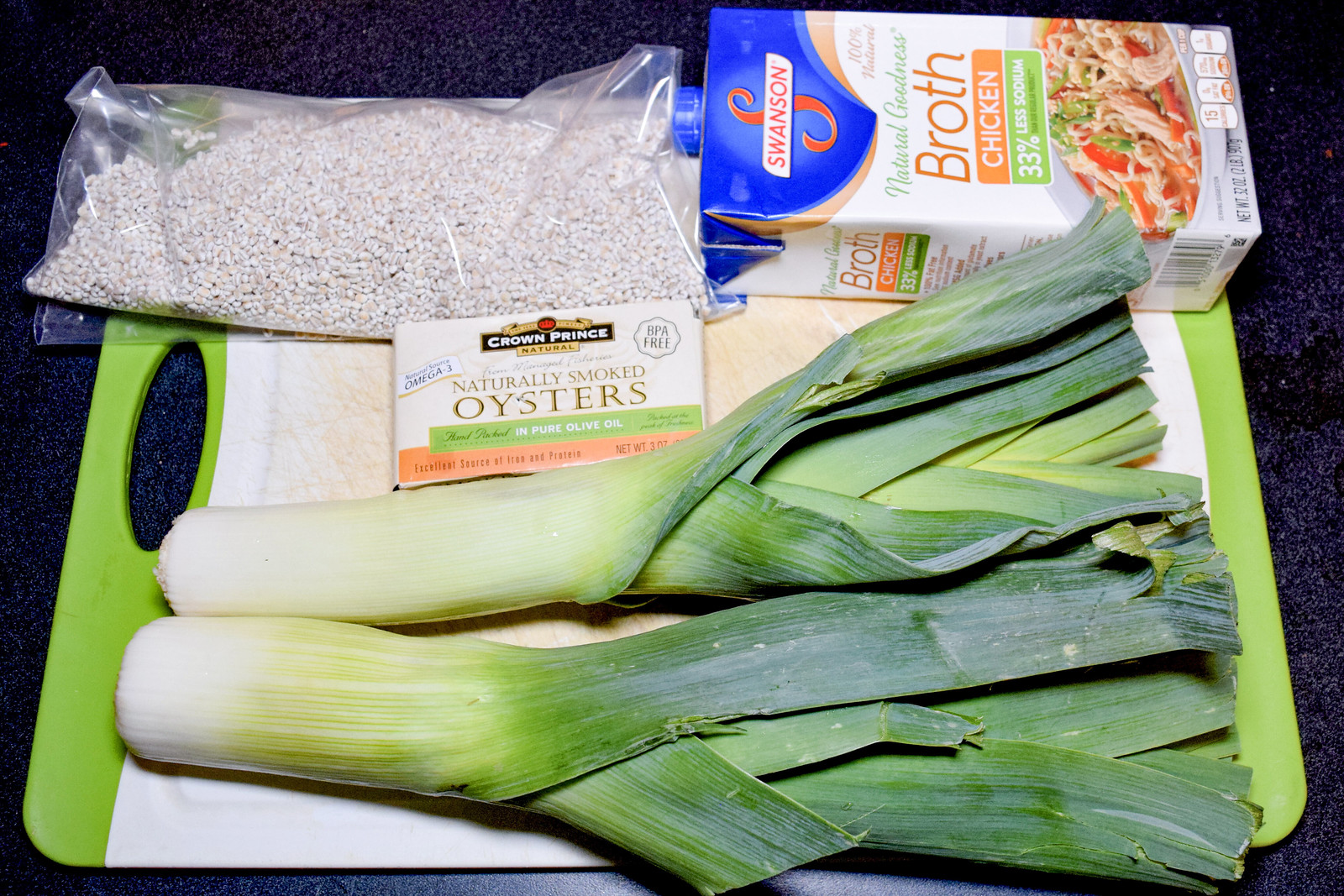 My favorite way to cook leeks is low and slow with some fat and liquid, similar to that of a braise. Usually in that case I would keep the length of the stalks whole, but since this was being cooked with barley and I wanted the sizes uniform, I chopped the leeks. 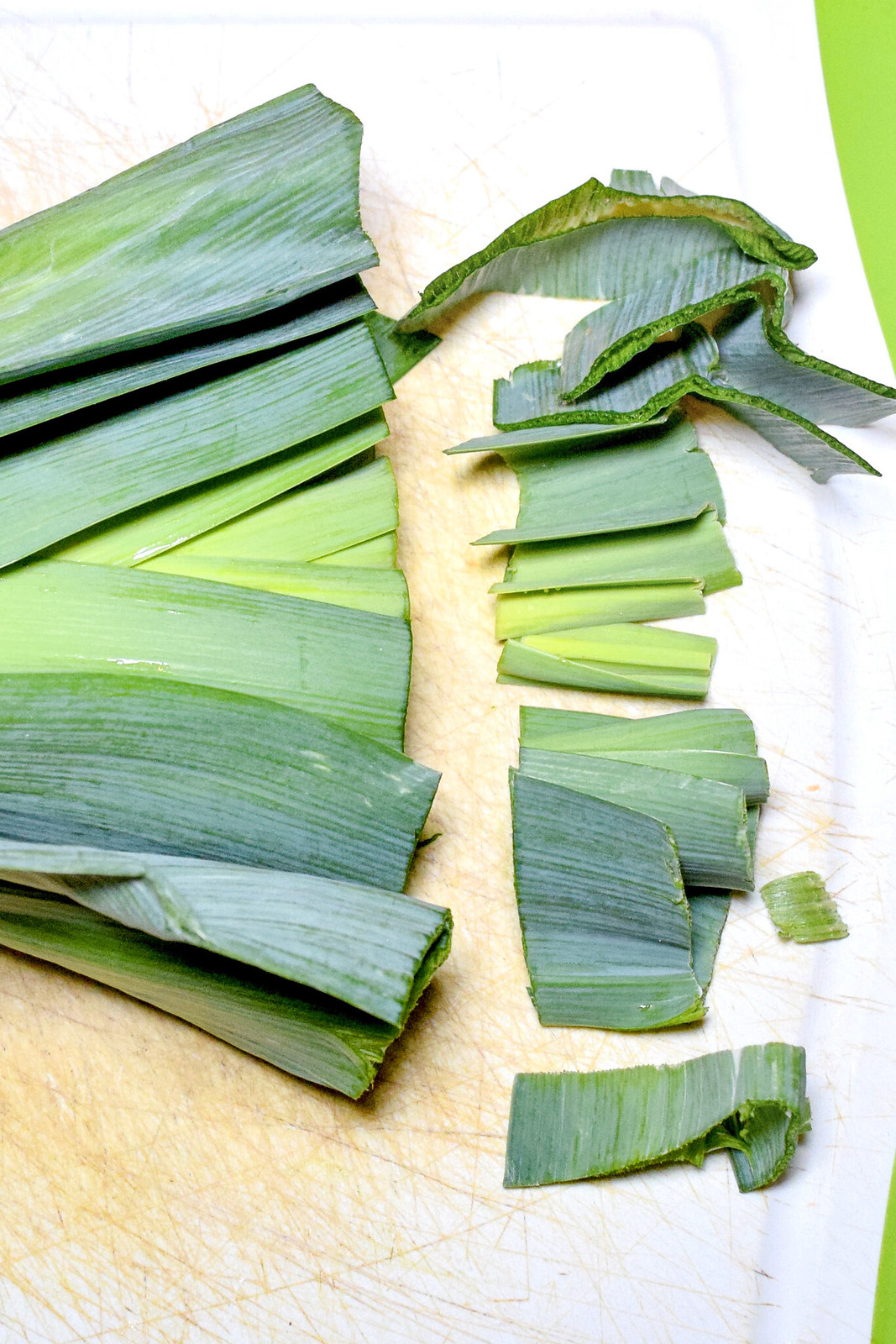 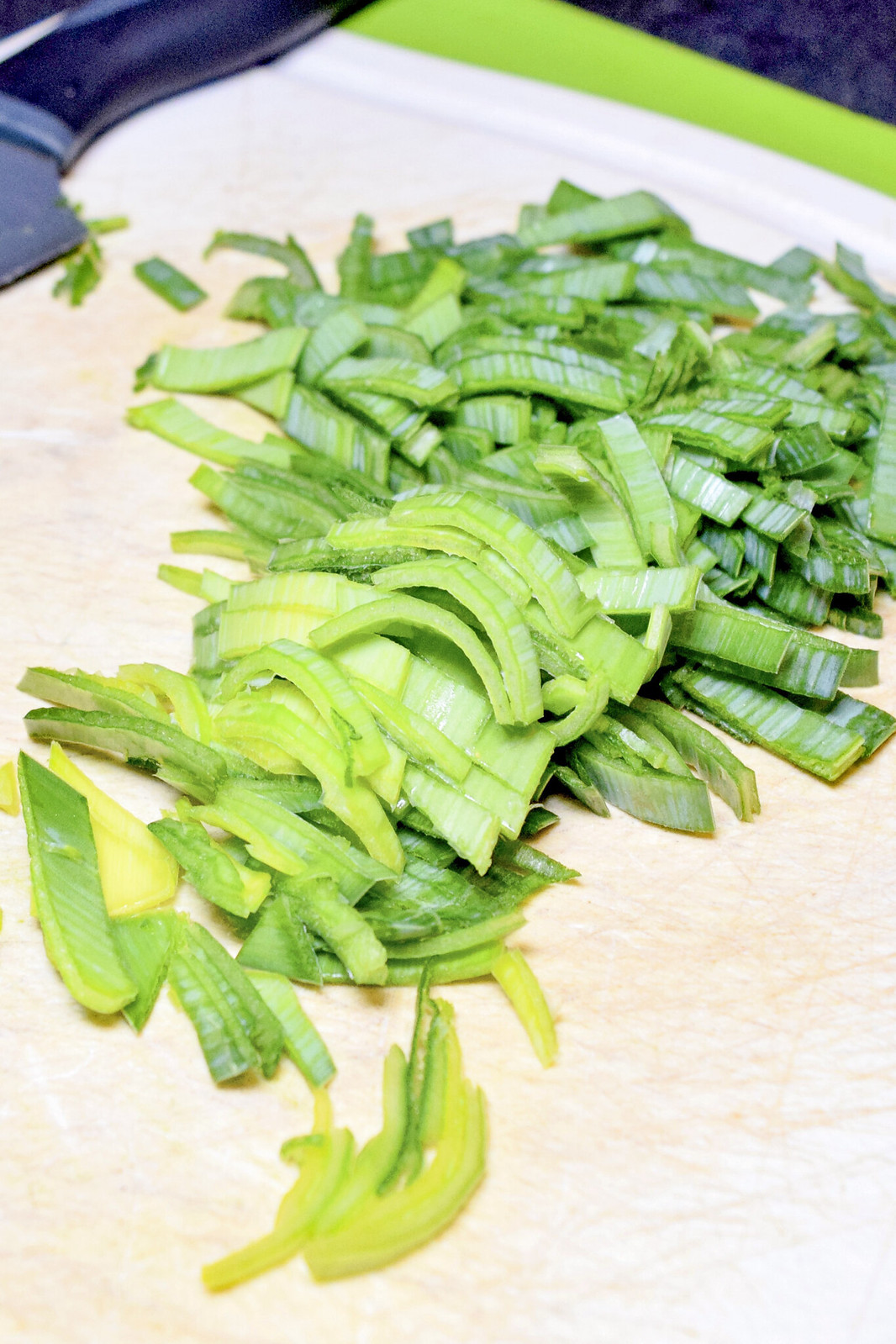 Leeks are very dirty, especially deep inside each of the layers. Be sure to wash them thoroughly before chopping. Most people throw majority of the dark green portion out, but since I’m poor and hate throwing away food, I just chucked the very tips as shown in the left photo. The dark green leaves are totally fine to eat just as long as they’re cooked down a bit longer. 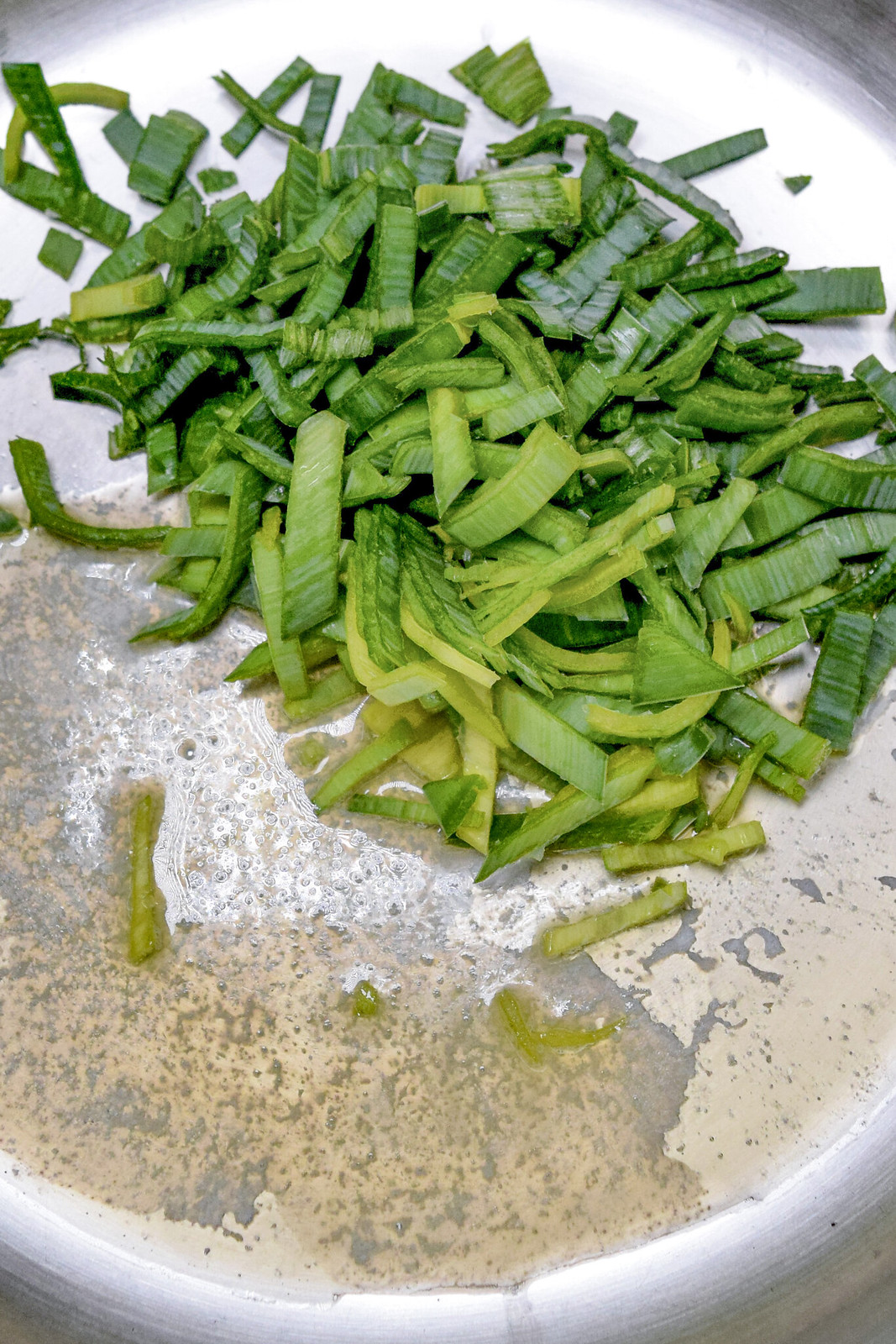 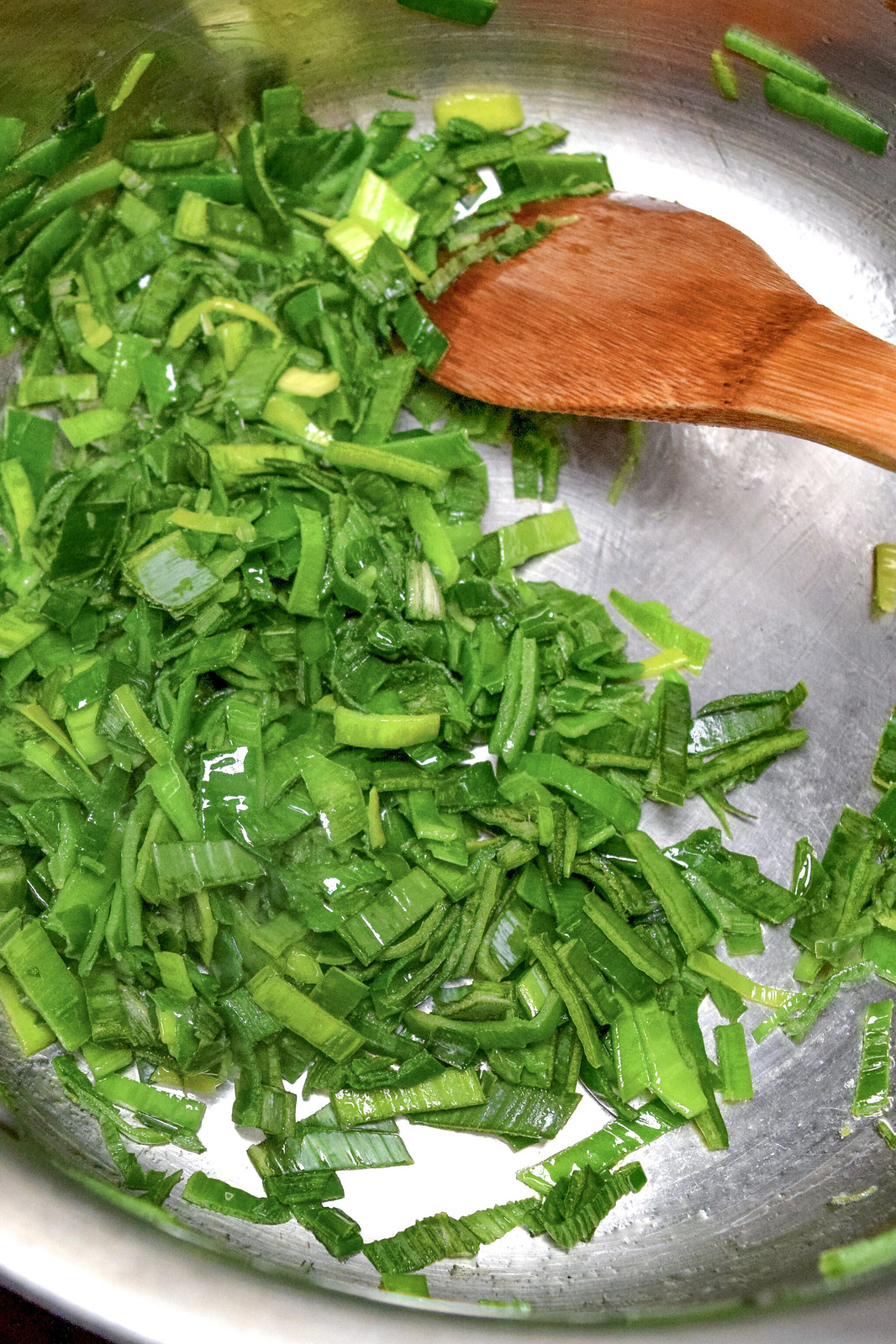 On medium-high heat with some melted better, add only the dark green portions first. This should cook down to a bright green, flexible texture. Keep stirring so nothing browns, just a little more than 5 minutes. 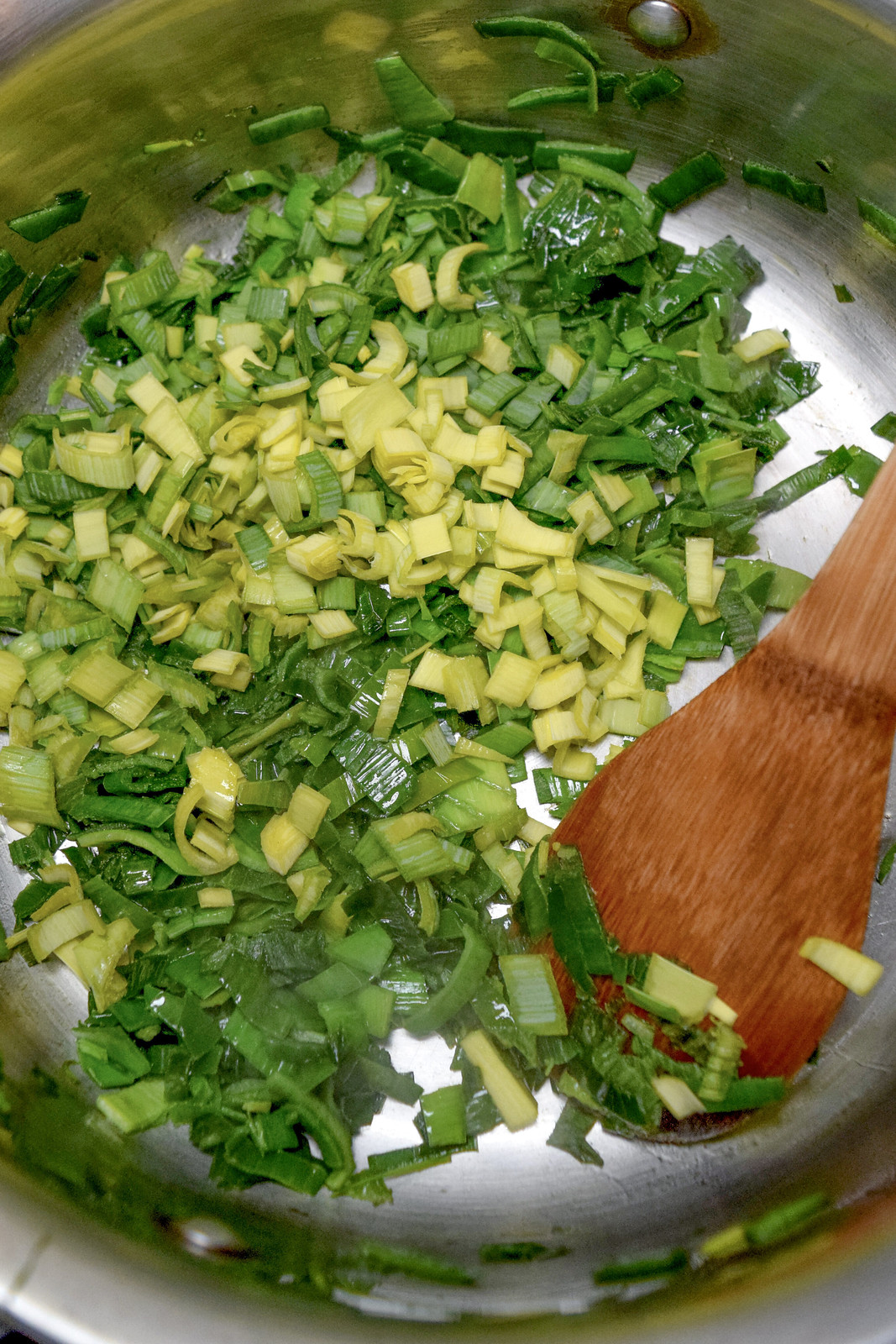 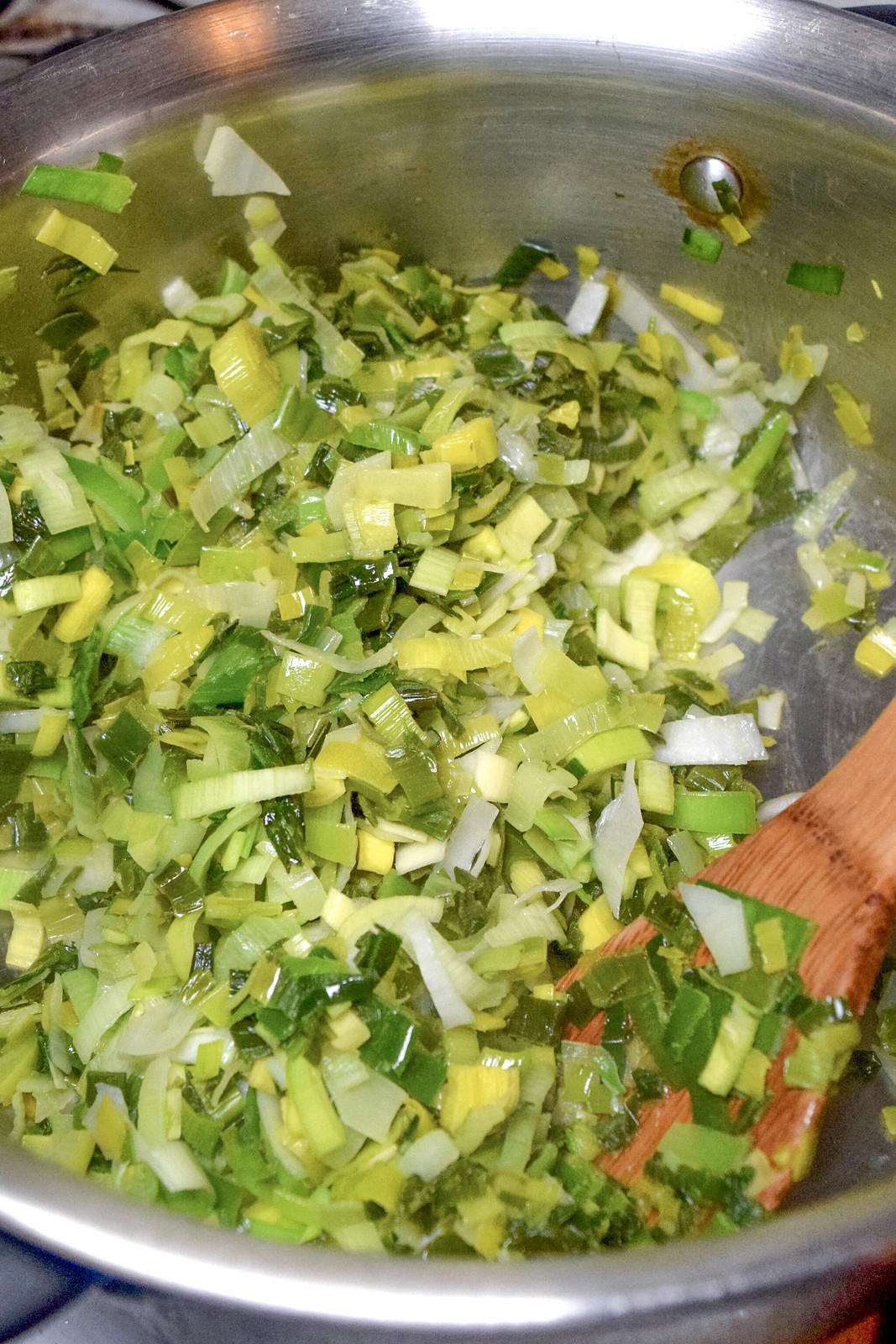 Once the green parts are softened, add the white/yellow part of the stalk. Continue to mix all together for about another 5 minutes until everything is around the same texture. 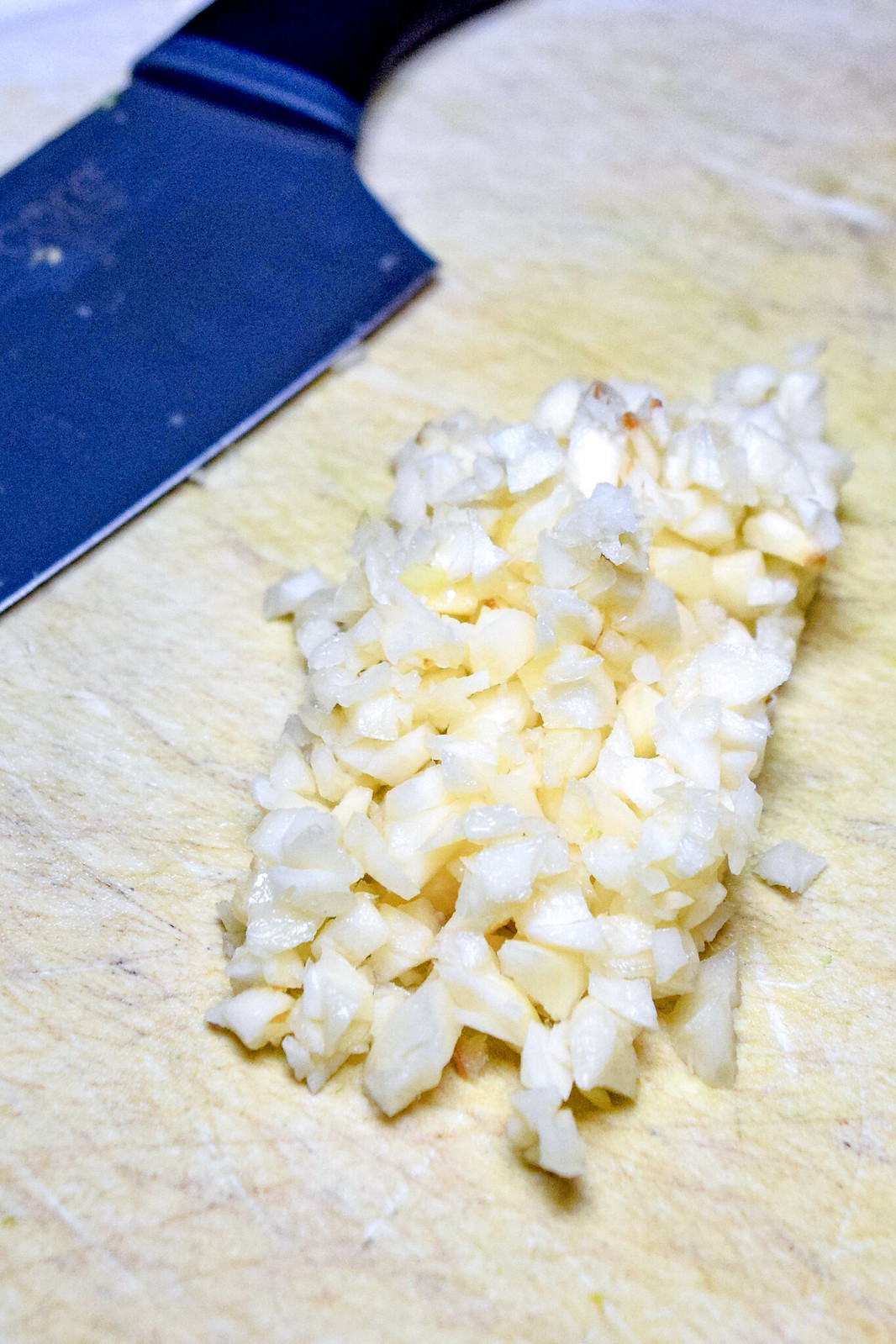 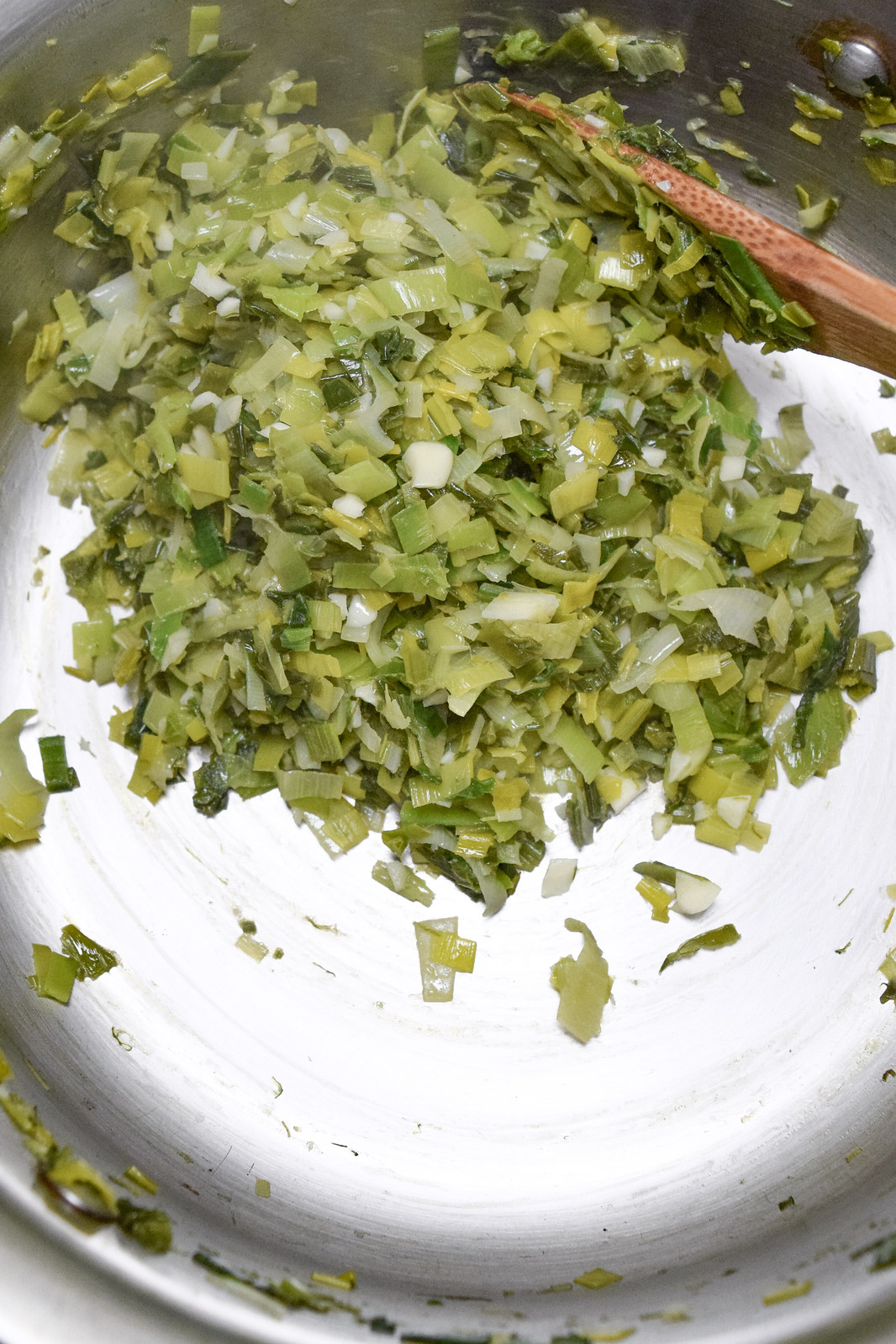 Once the chopped garlic is added, only about a minute more is needed. Your kitchen should be fragrant with subtle onion/garlic flavors, and if your kitchen has a layout like mine, everyone should be crying by this point. 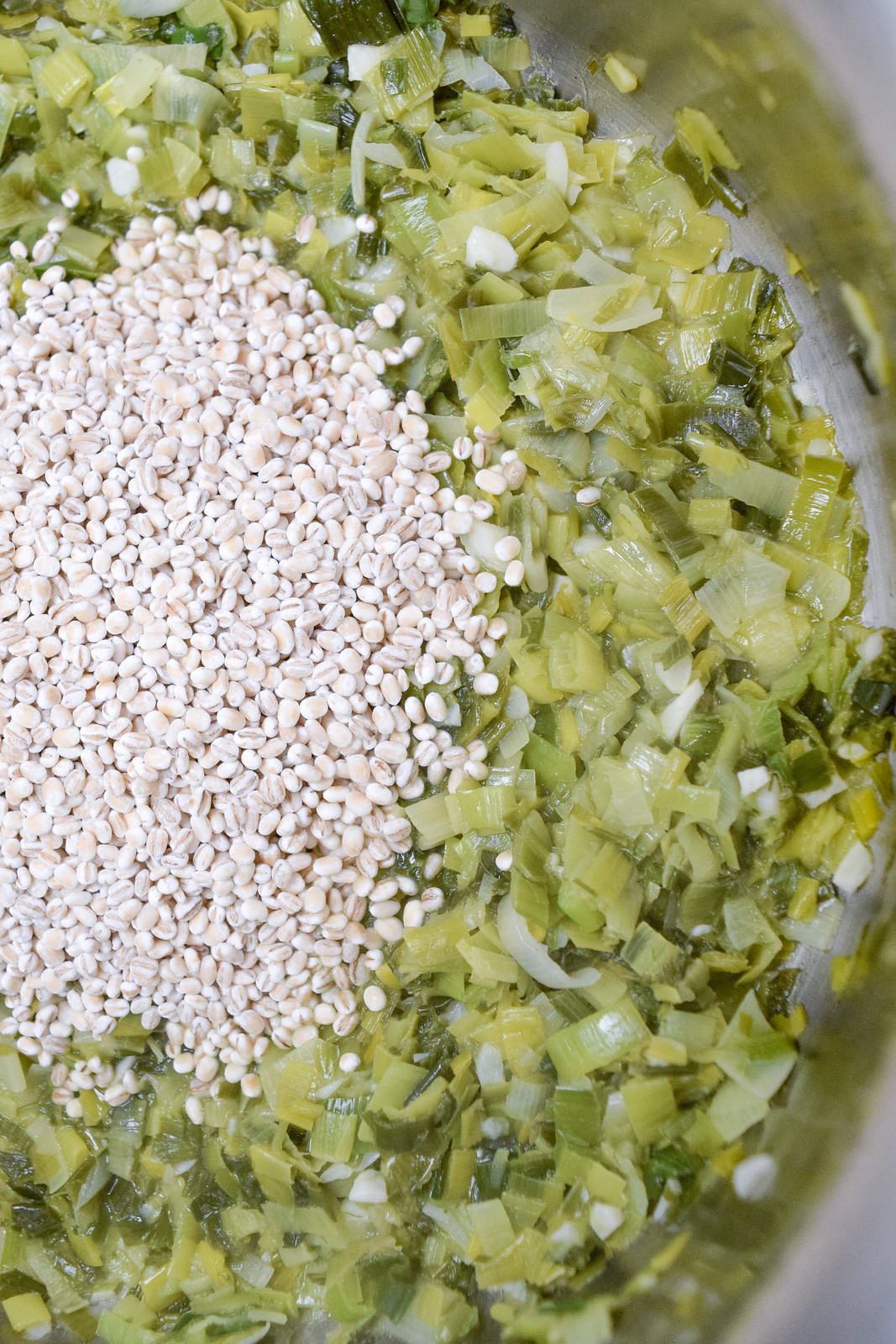 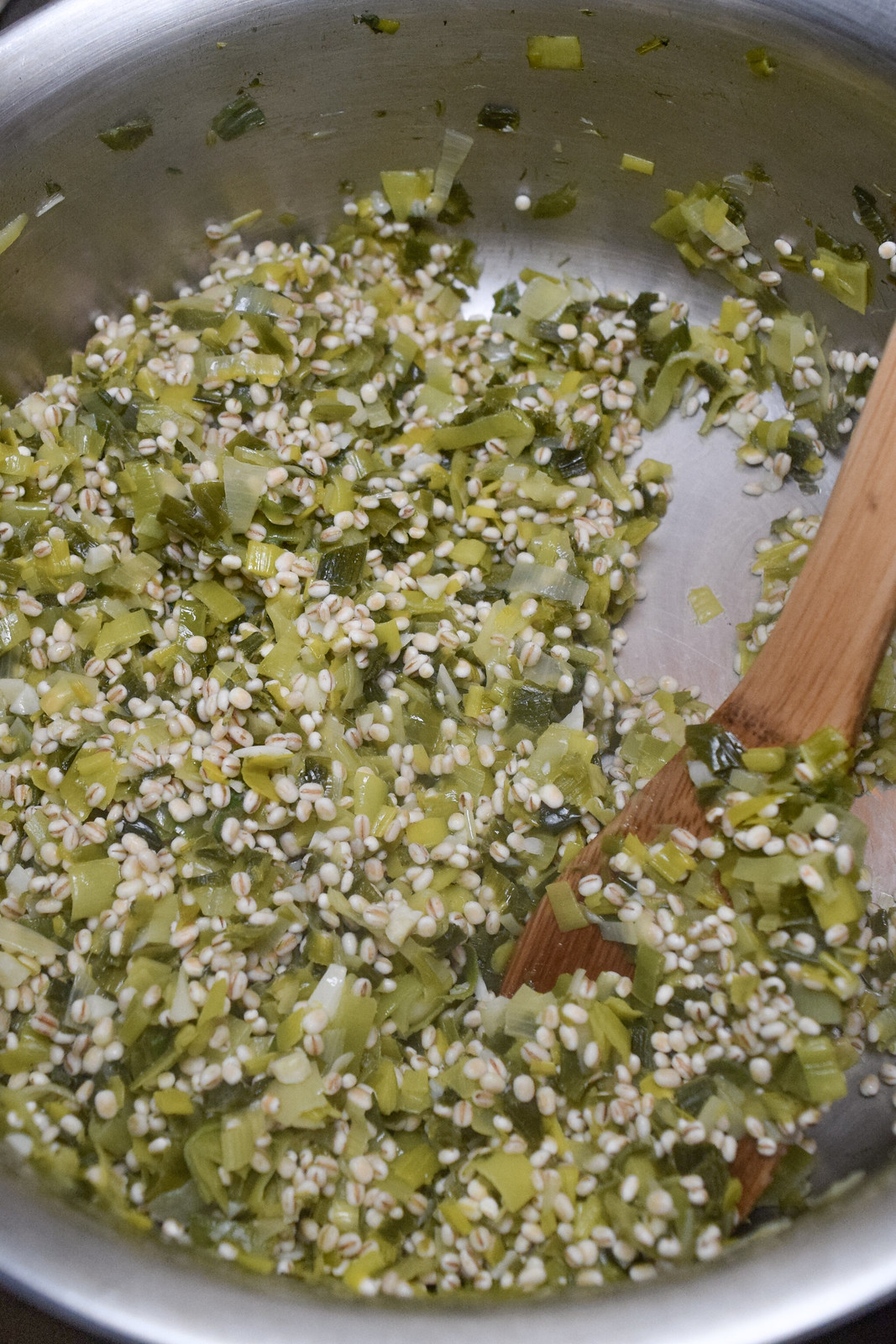 Throw in a cup and a half of pearled barley and toast those bad boys so they can get toasted in the warm pan. 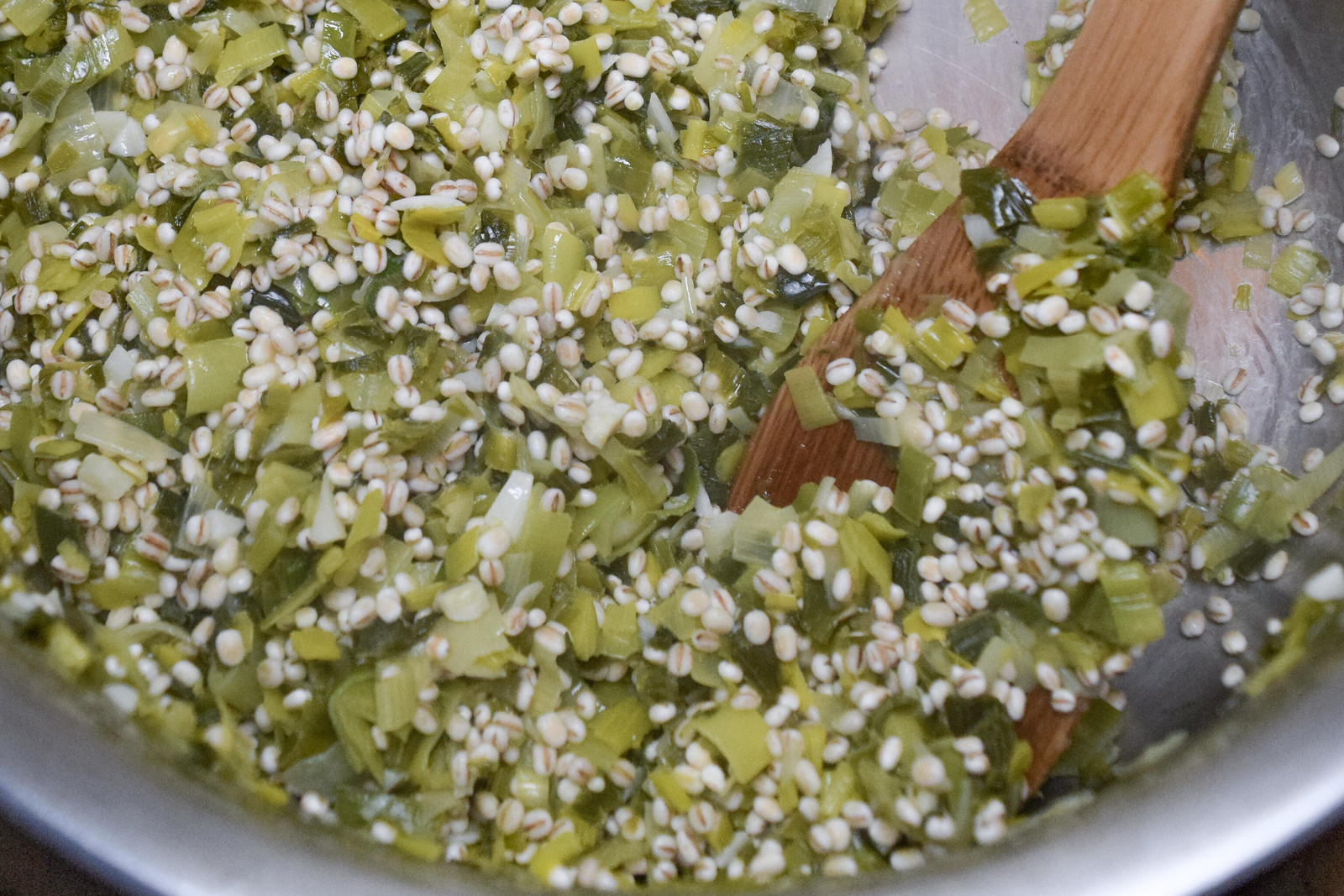 From there I added about 3 cups of broth to start. I continuously stir the barley to make sure the broth is being soaked up evenly. If it begins looking a little dry, don’t worry and add a little more broth, but only half a cup at a time. 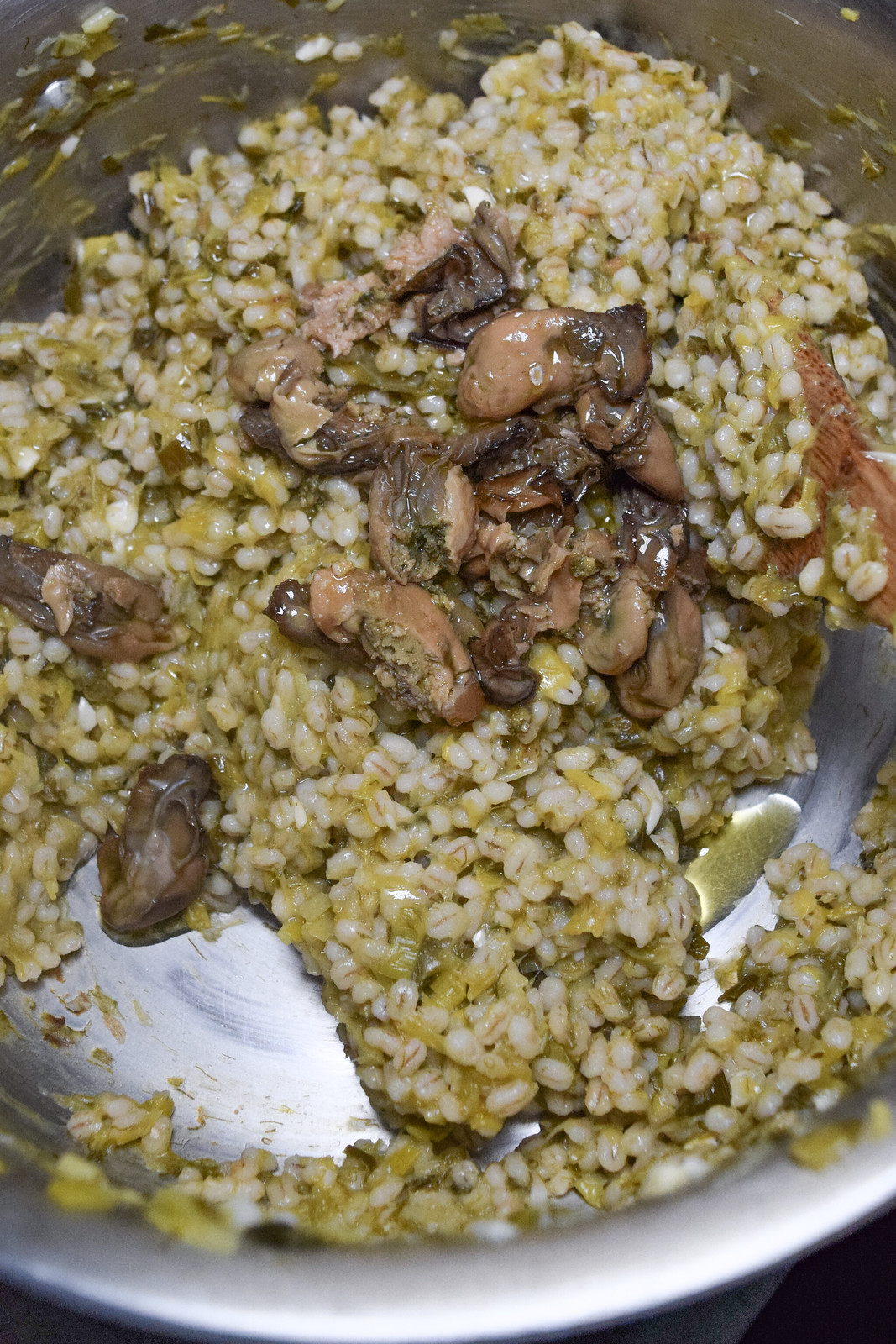 For this batch I only needed to add another half a cup of broth to thin it out. Once you get to the texture you want, add the entire container of the smoked oysters. Not only will it give the barley a smokey undertone, but the oysters and the brine inside the can will give it a nice, but very subtle, ocean flavor. I continued to stir on low heat until the oysters started falling apart and mixing itself into the dish. 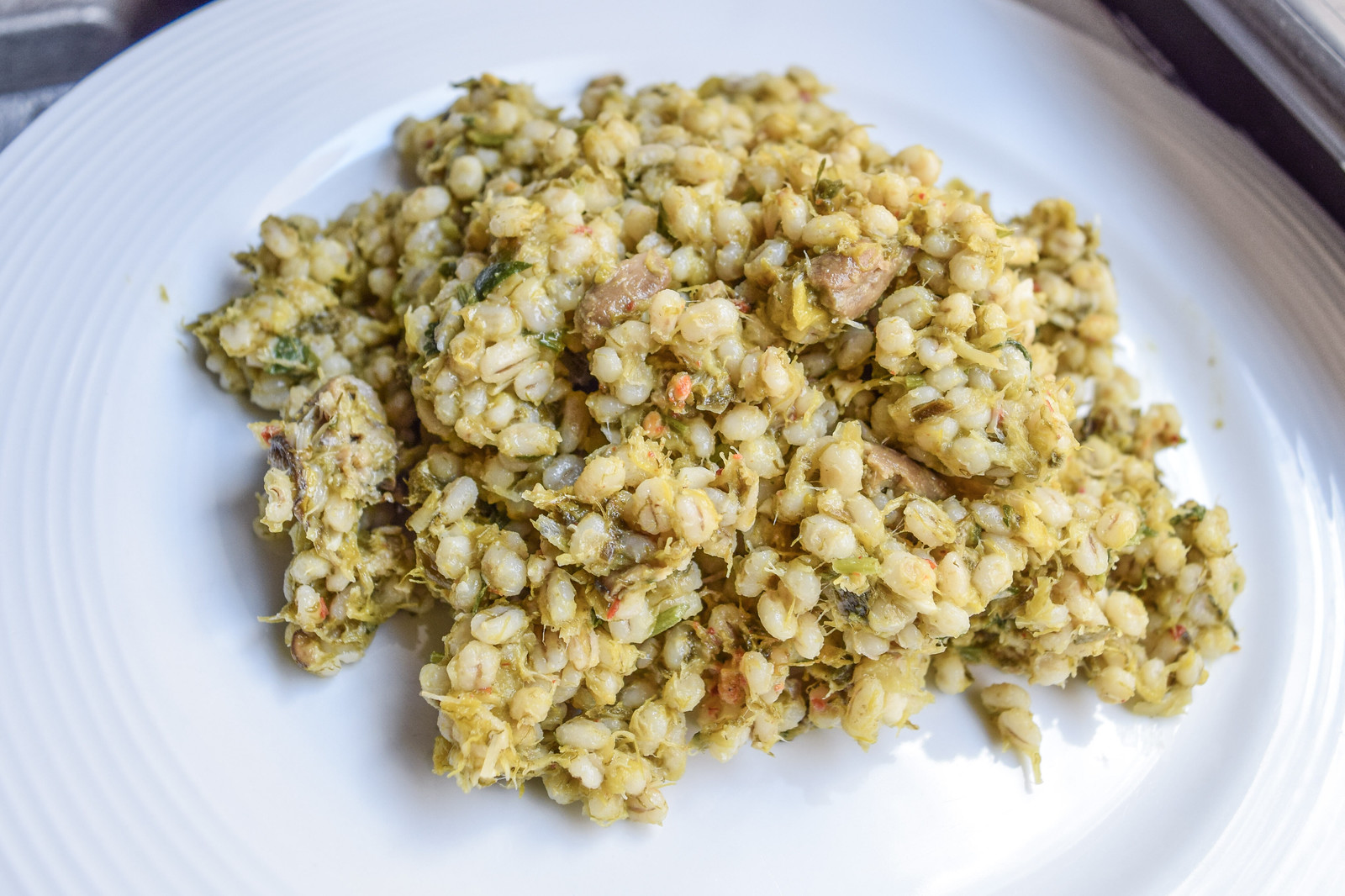 I honestly wish I had a better photo than this bland pile of vomit-colored looking beans. This happens far too often, where I cook a bangin’ meal at night, but come the following morning, there’s hardly anything left and/or I forget to take an Insta-worthy shot before devouring it. At least the most important mission was accomplished: Boyfriend confirmed leeks taste good.