For whatever reason, I have a strange affinity for smuggling local foodstuffs into the US when traveling overseas. Going through customs is always a little worrisome for me, but knock on wood, I have yet to be caught. I’m reeeally going out on a limb here and assuming y’all reading this aren’t gonna snitch on me to the TSA agents! 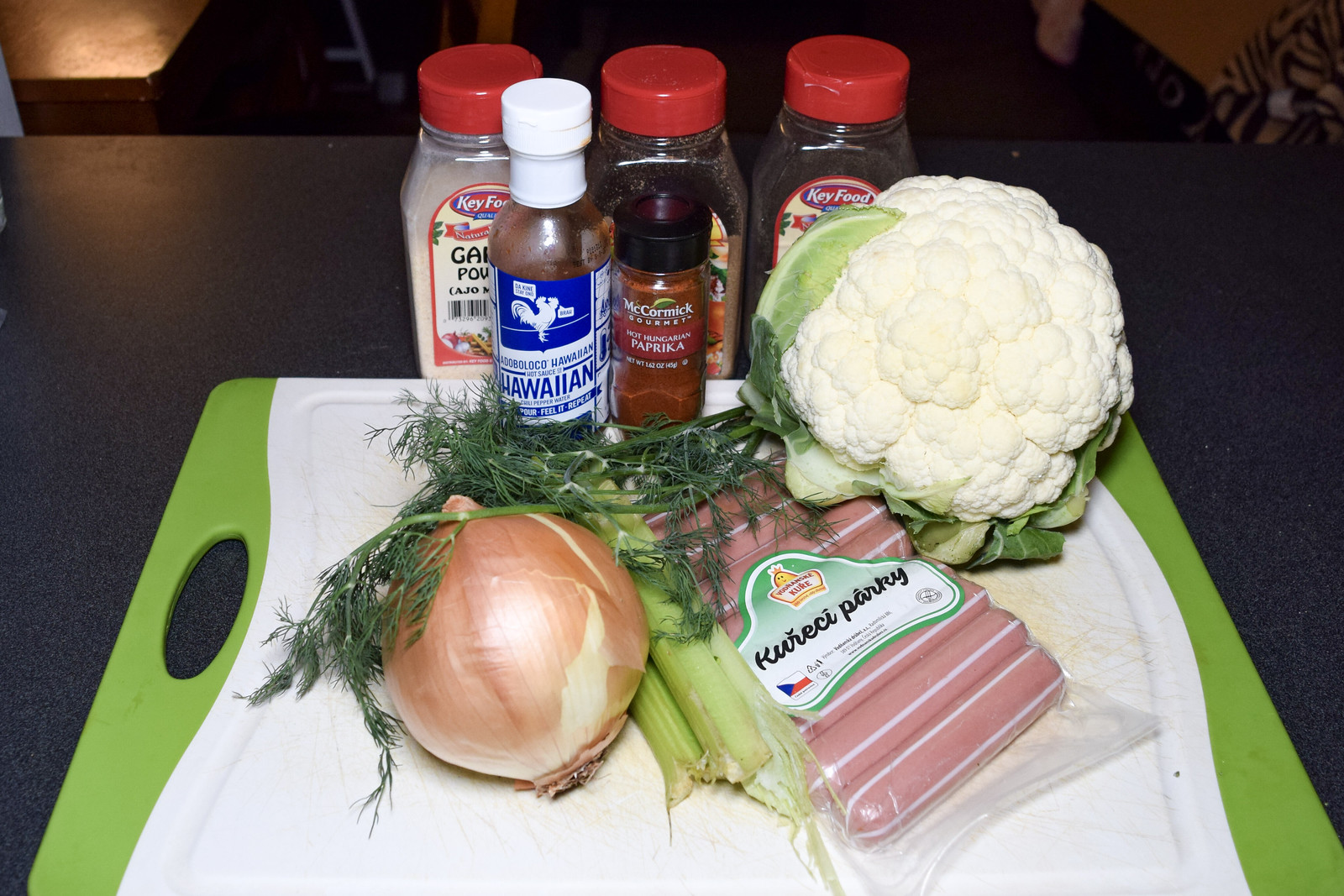 In the past few years I’ve managed to haul back items such as German Bratwurst, assorted Spanish Jamon Iberico, a huge carryon bag size of Thai crackers and chips, Portuguese wine, and most recently – Czech sausage links. 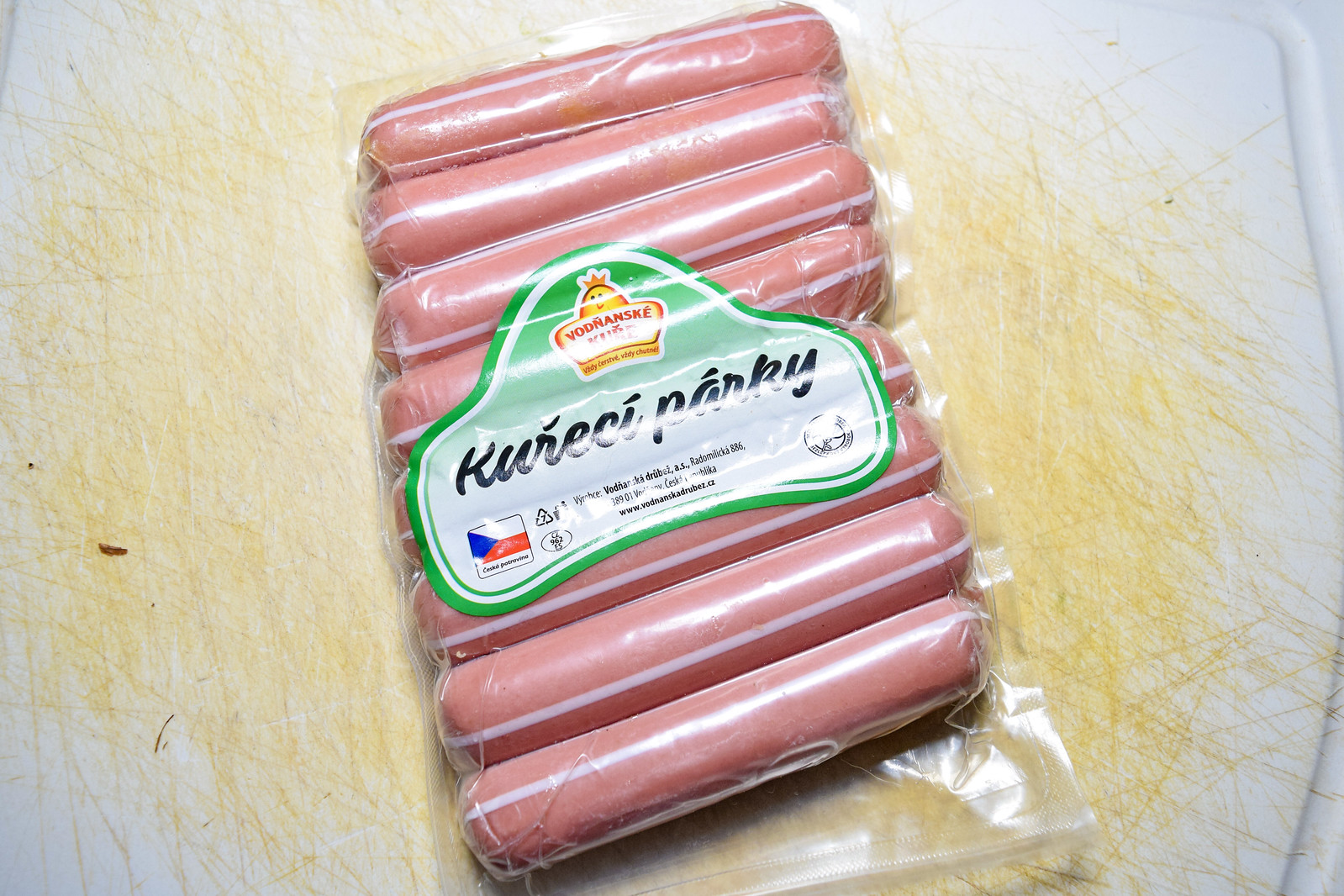 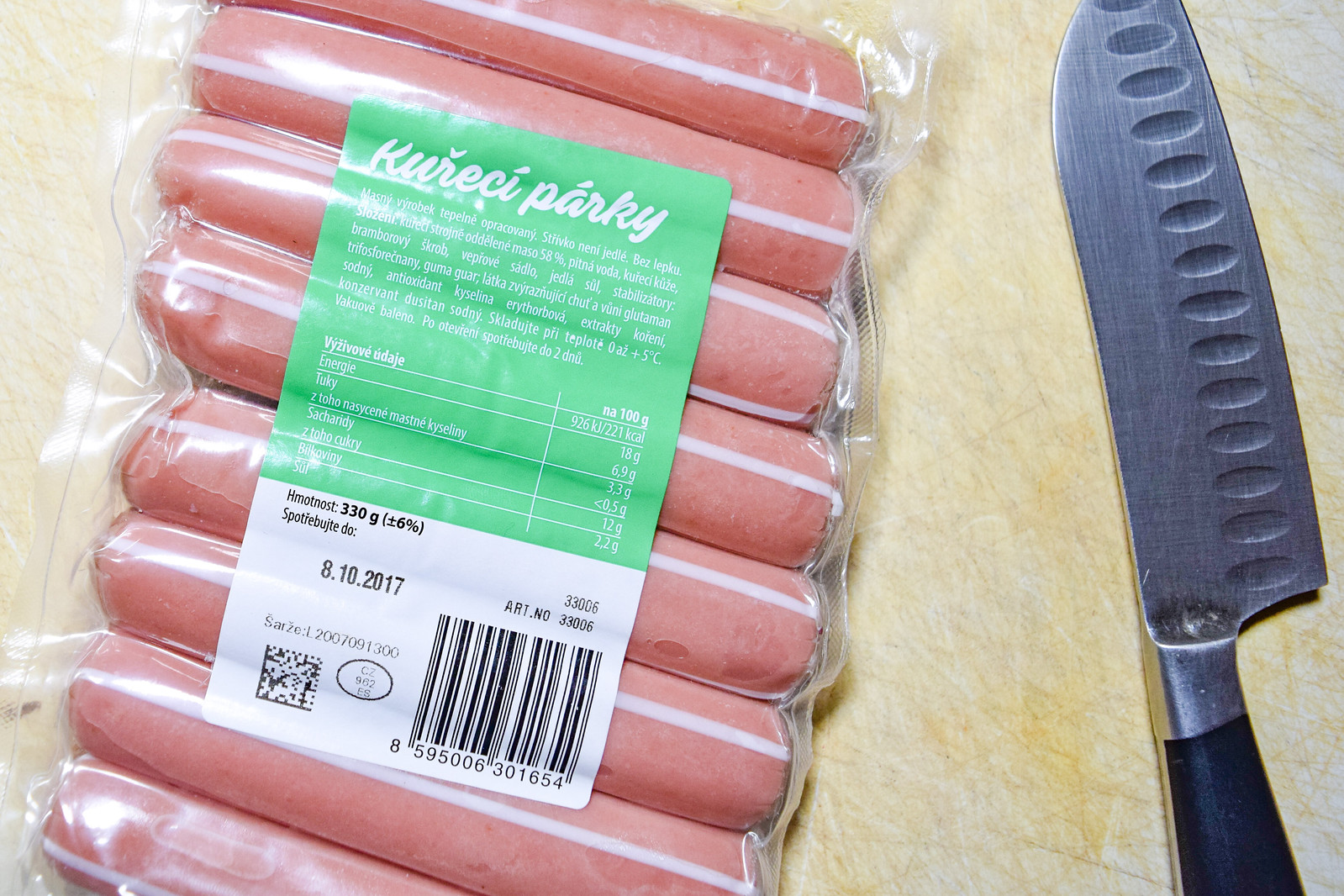 What kind of Czech sausages are these you ask? I have no freaking clue. I think we bought these on our last night there during a drunken deli run, just trying to spend our remaining korunas. From there, I threw them into my suitcase, then into the freezer once back in NYC, only to completely forgot about them. 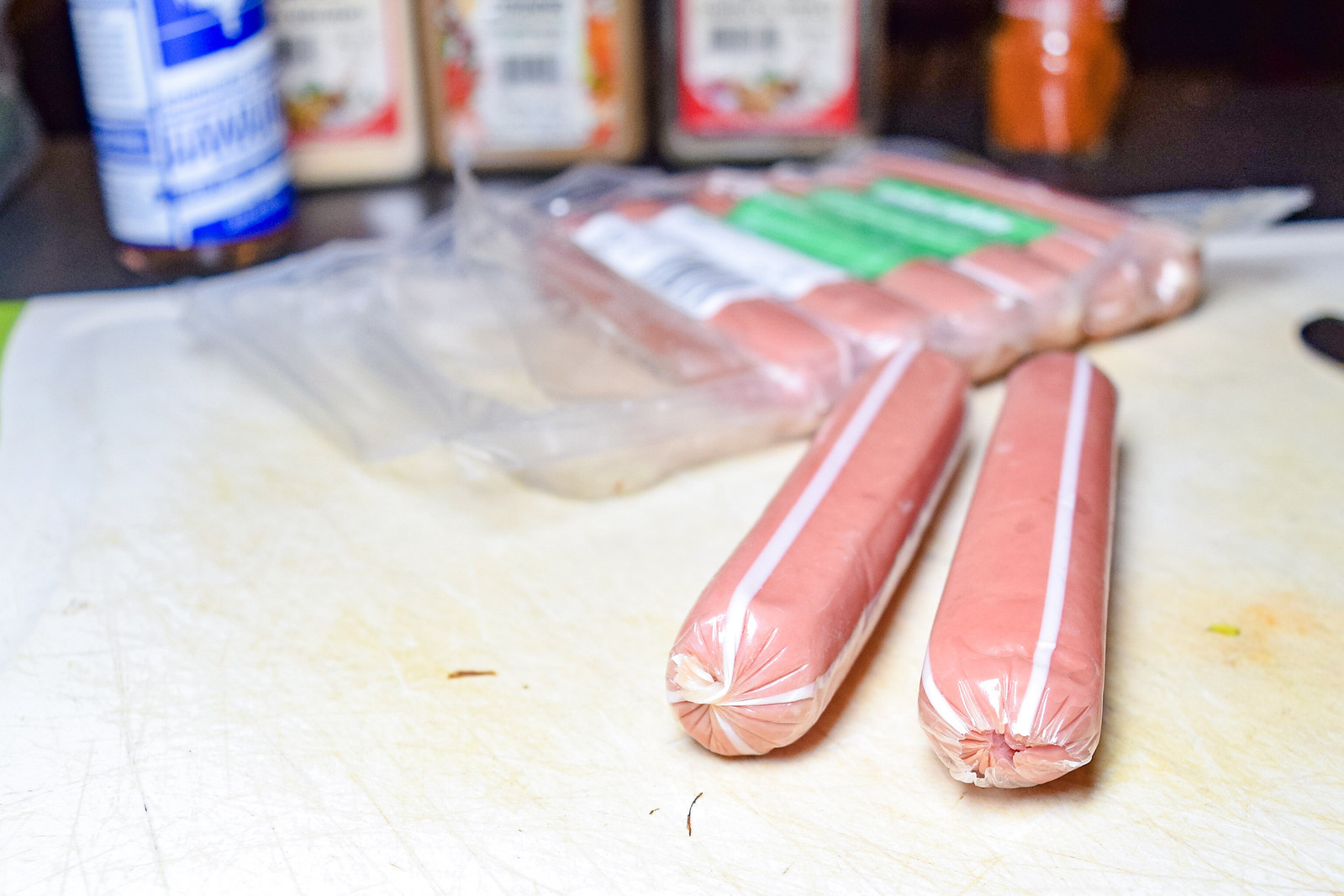 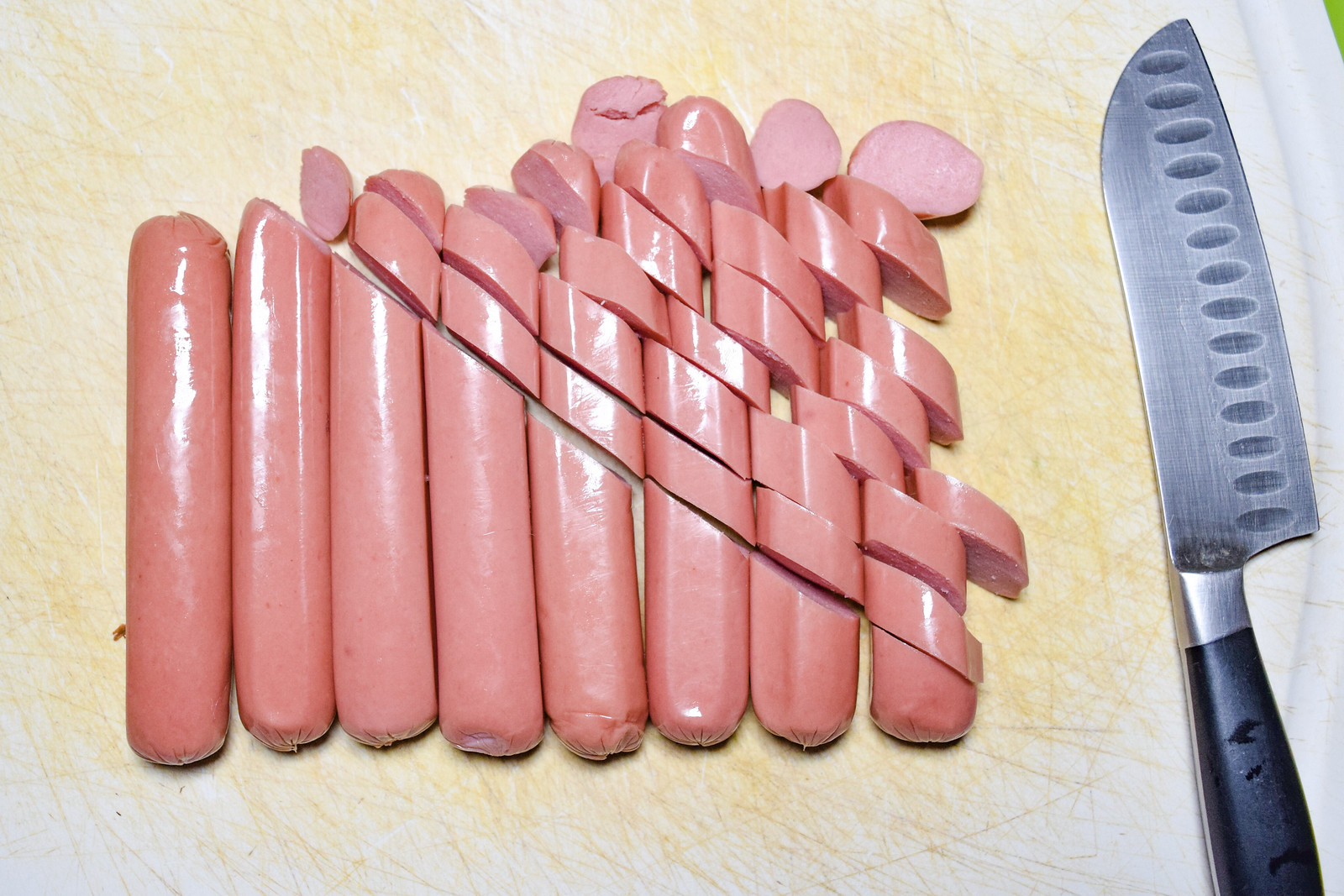 Fast forward almost a year later – I found these frozen links and figured now was a better time than ever. Unsure of what the white stripes down each sausage was, I quickly found out once I opened the packaging. Each link was mysteriously individually wrapped, as if you were to only allowed to each one dog at a time. 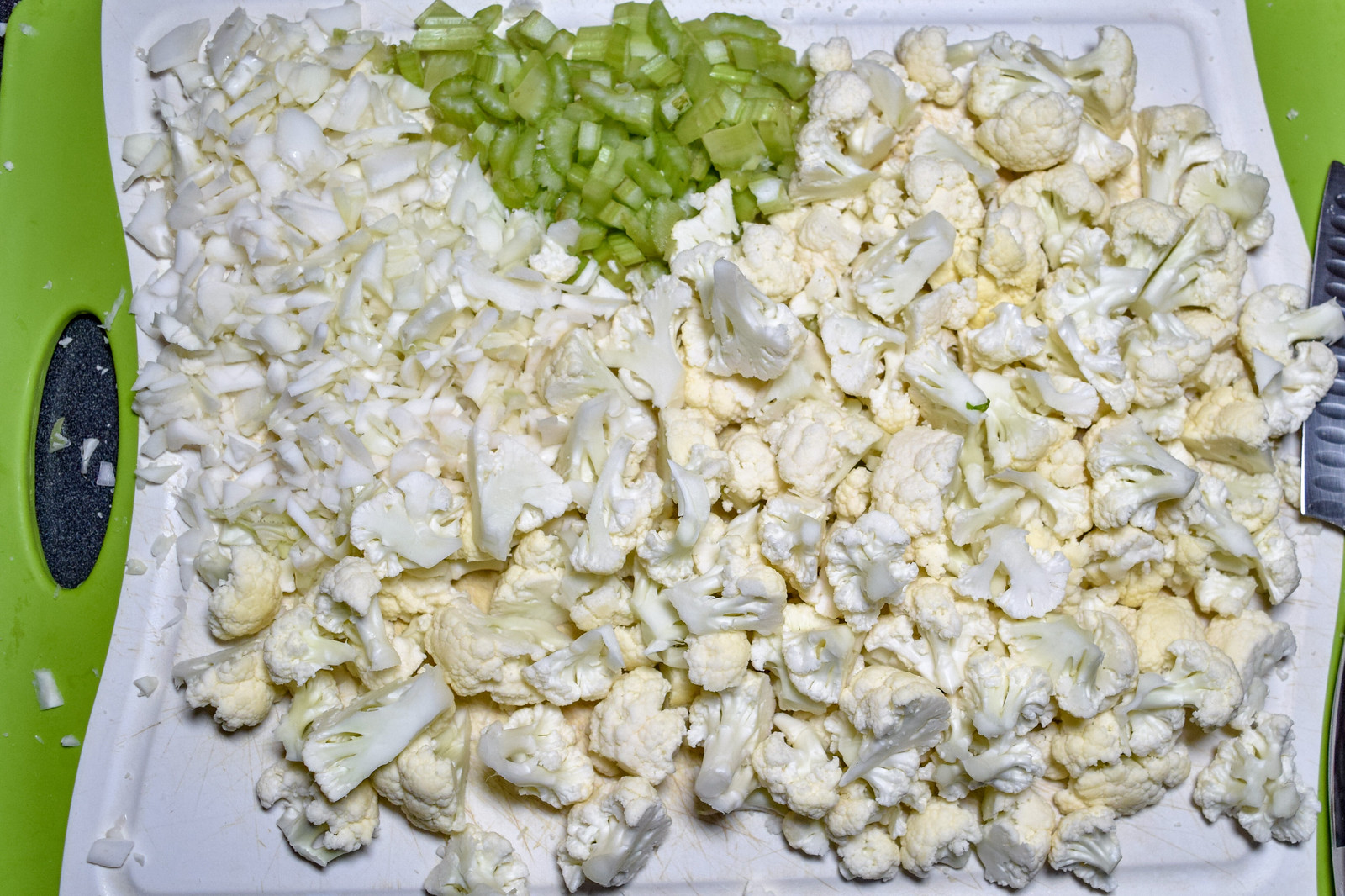 I had already planned on doing a healthy cauliflower and sausage stir fry that night, so my ingredients were already prepped. Chopped up 1 large onion, 1 large stalk of celery, and a whole head of cauliflower into bite-sized pieces. 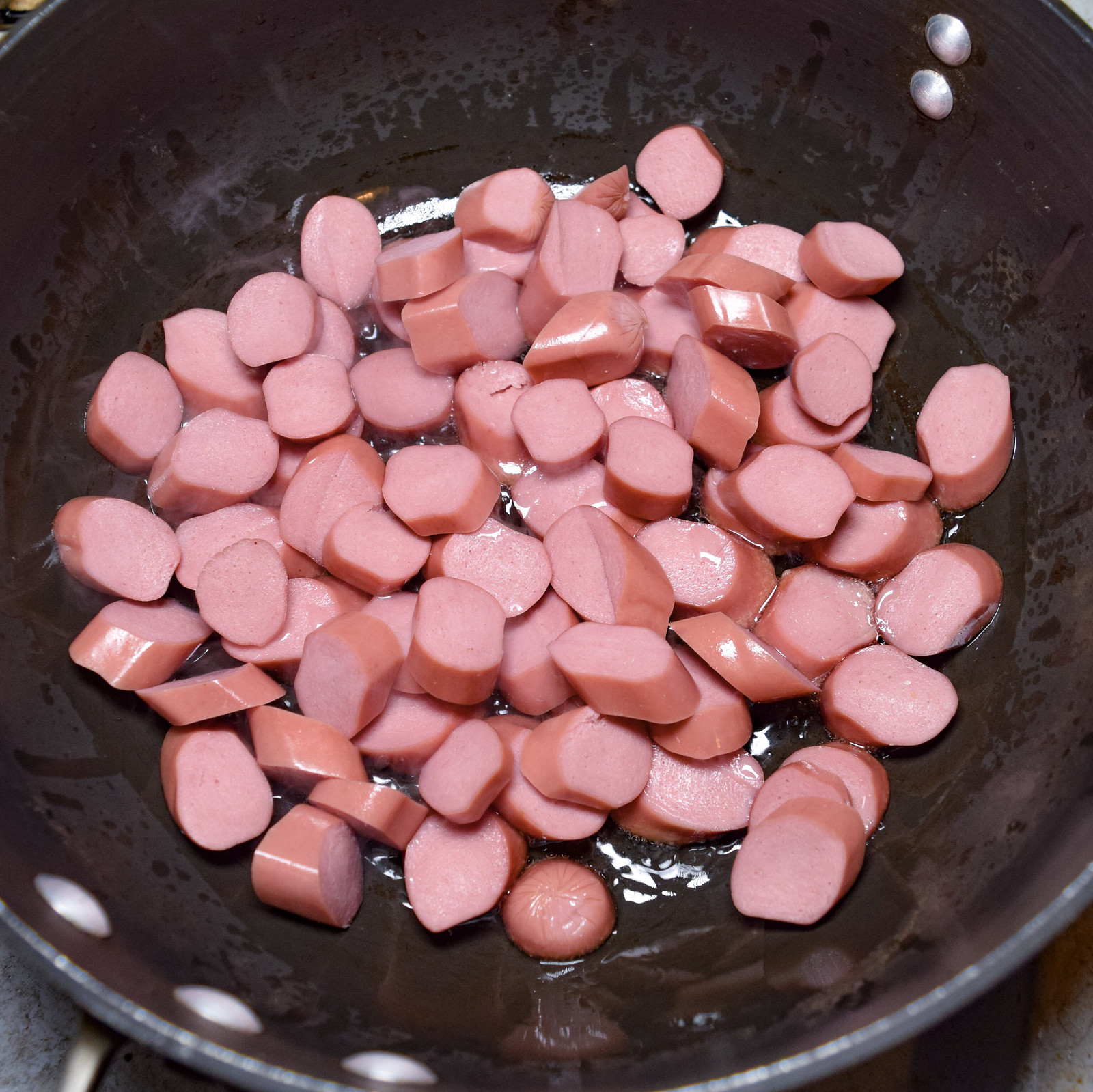 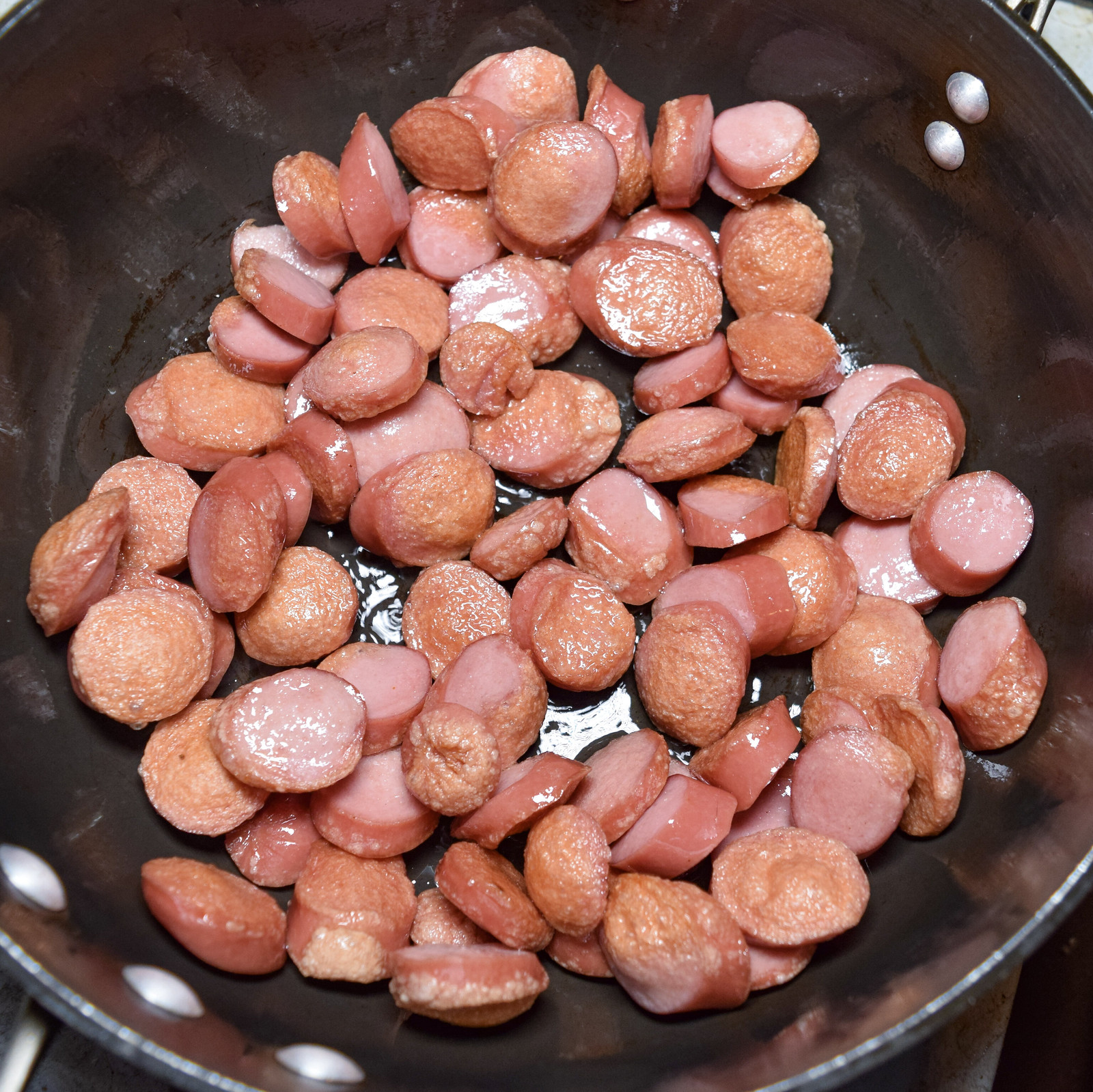 When trying to brown the sausage pieces, I noticed that the exterior was beginning to bubble – not brown. Also noticed that no fat was being rendered out. What kind of fucking healthy sausages were these!? That was soo not what I wanted. 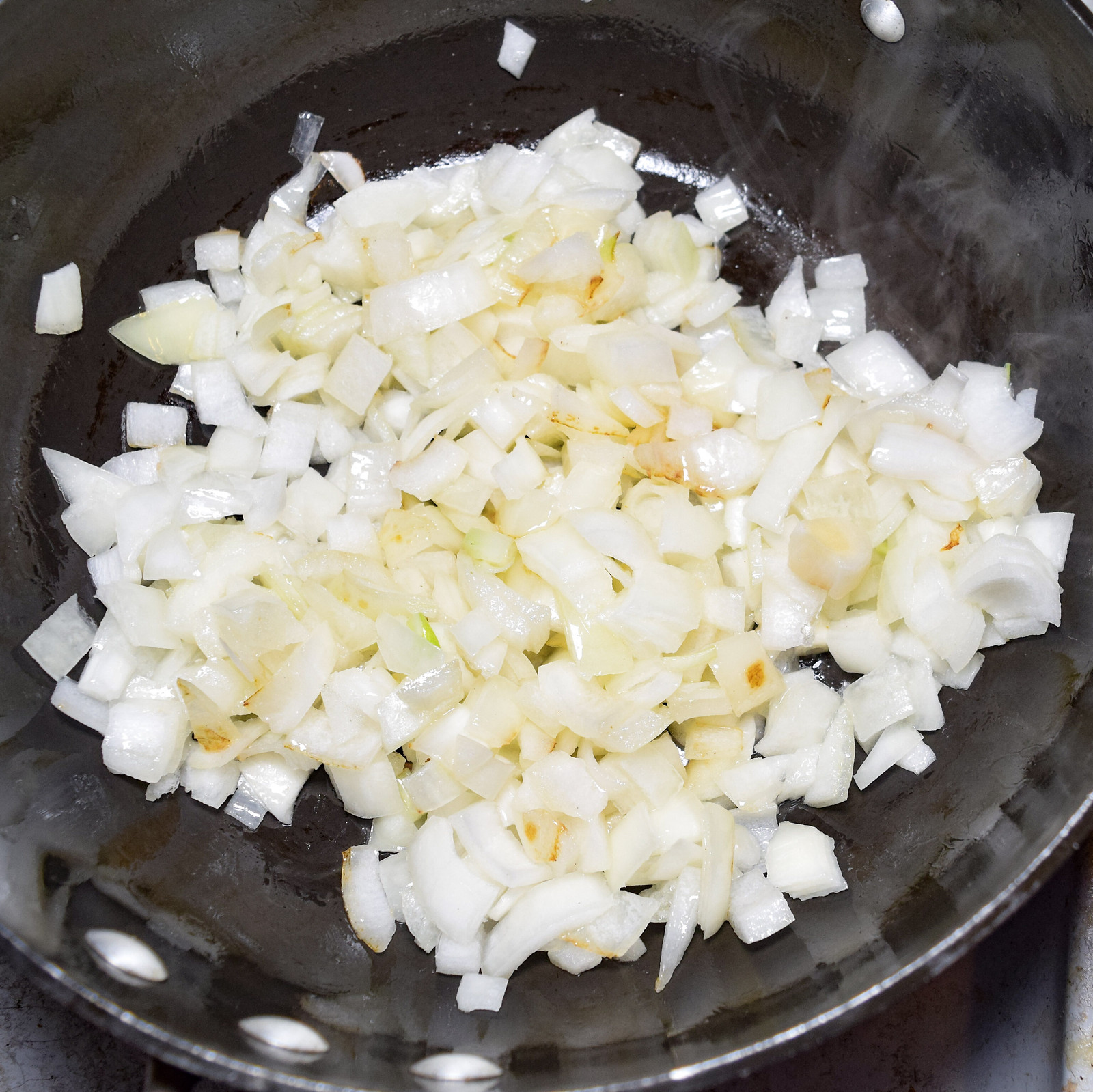 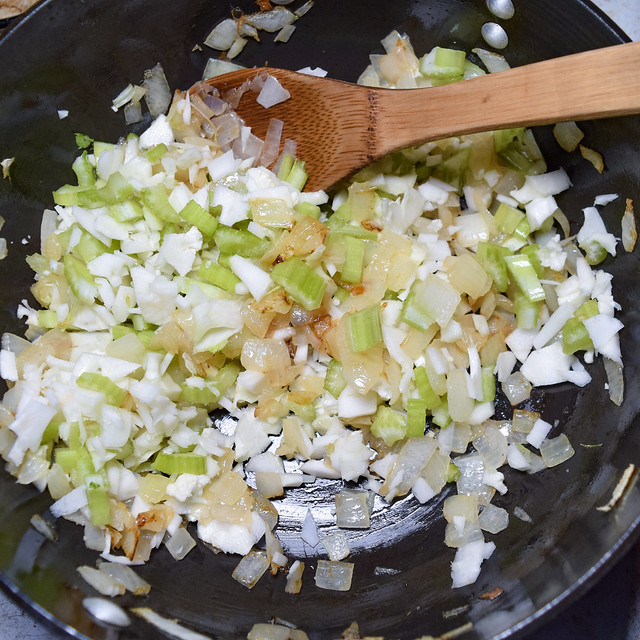 Nevertheless, I continued. Once the sausages were basically cooked to resemble sandpaper, I removed and set to he side. Onions, then celery and garlic were sauteed. 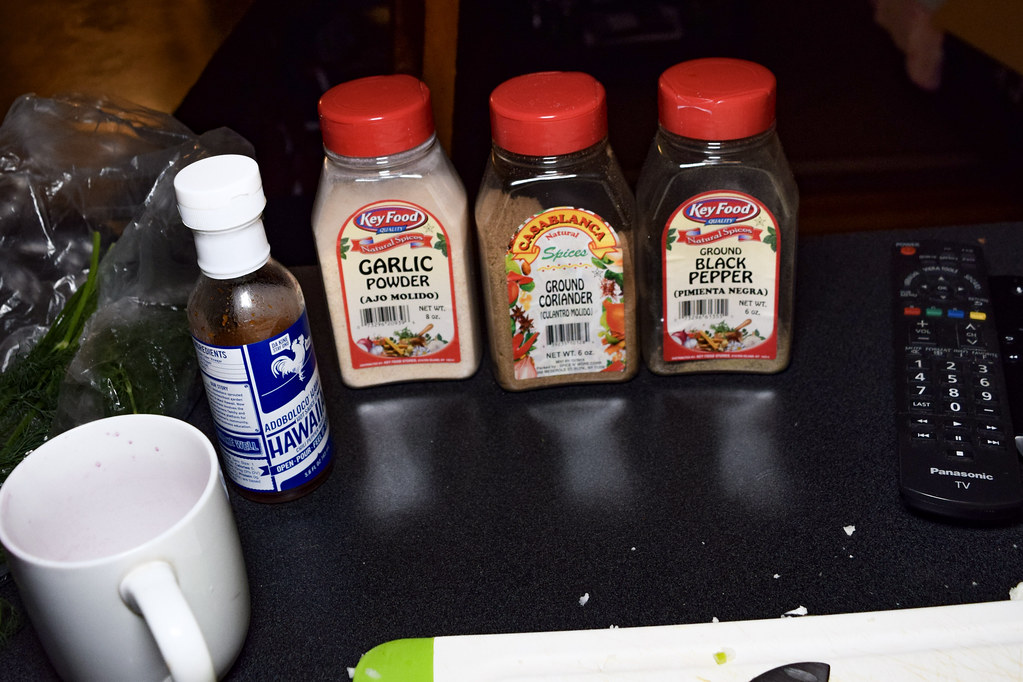 Once the vegetables were softened, I added about a tablespoon or so of each: garlic powder, ground coriander, and black pepper. Also note the hot sauce pictured here that I’ll be using in the next step. 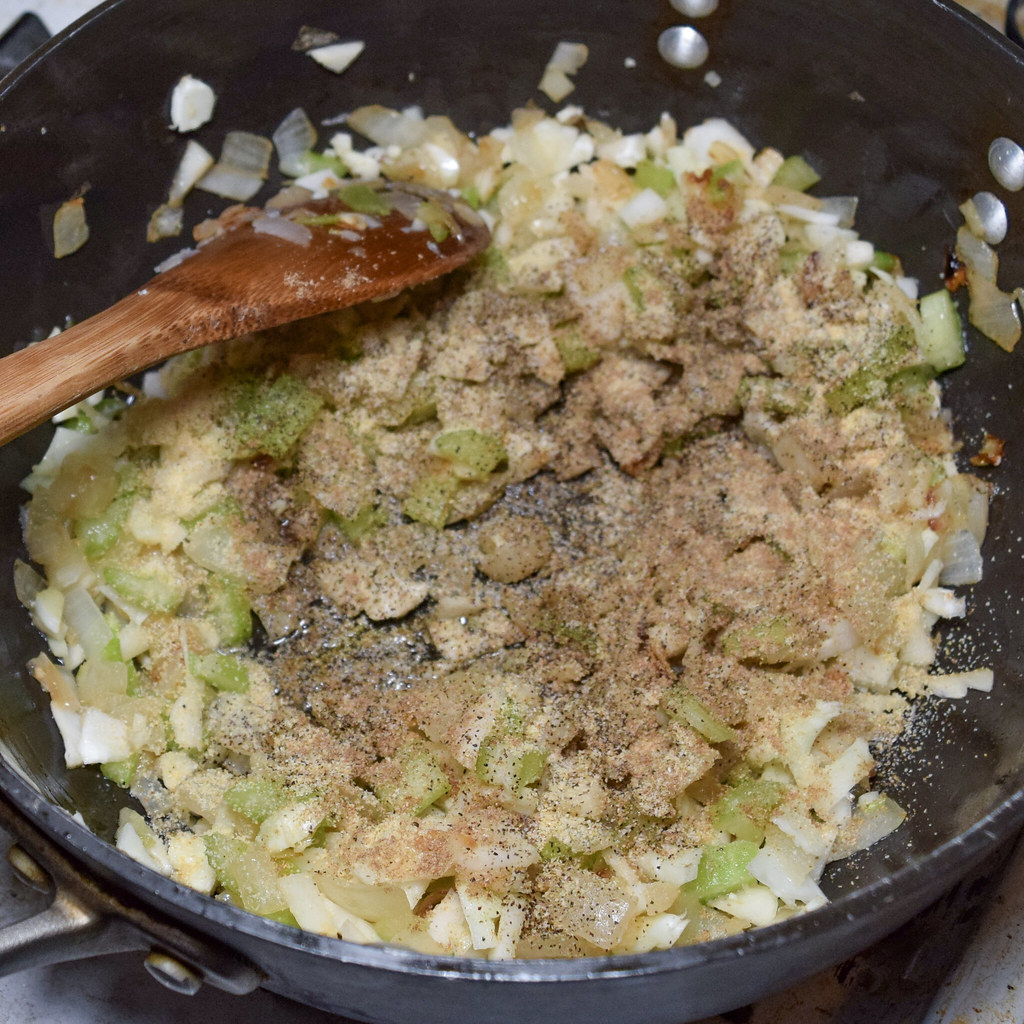 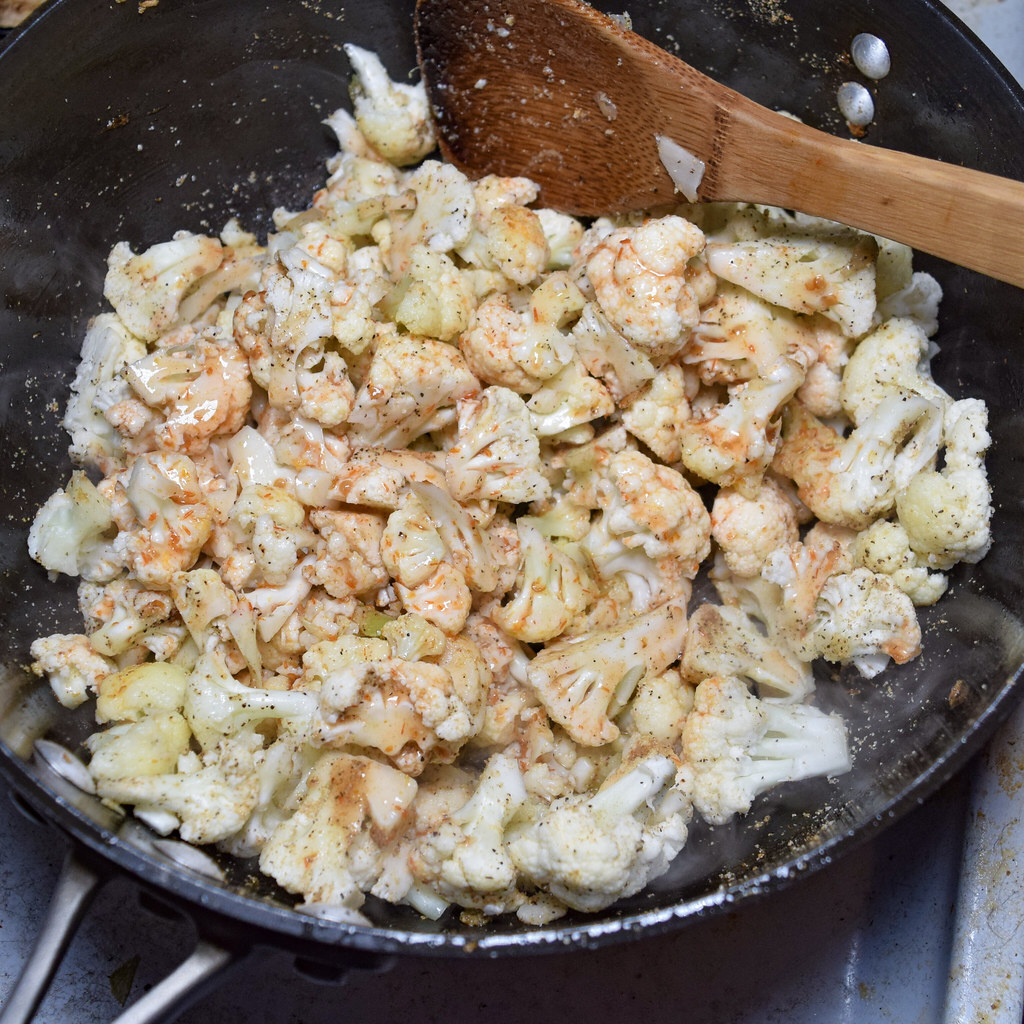 I removed the onion/celery mixture from the pot so that I could cook the raw cauliflower. In the same pot, I threw in all the cauliflower with about 1 cup of water to steam it with the lid slightly ajar. Also added a few dashes of Hot Hungarian Paprika and about a tablespoon of this amazing hot sauce – Adoboloco Hawaiian Chili Pepper Water. 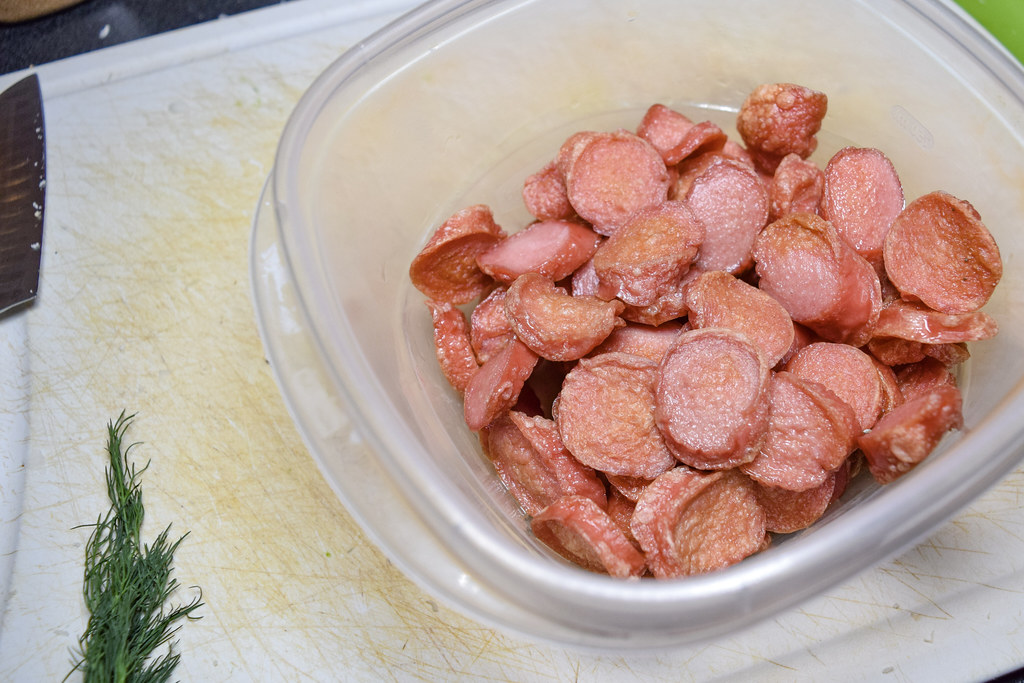 Looking back at this shriveled sausage links, I realized I definitely fucked up. A quick Google translate for some of the Czech words on the packaging led me to believe that these were some type of low-fat chicken links. Although not what I was looking for, the recipe steps itself were solid for a future try. 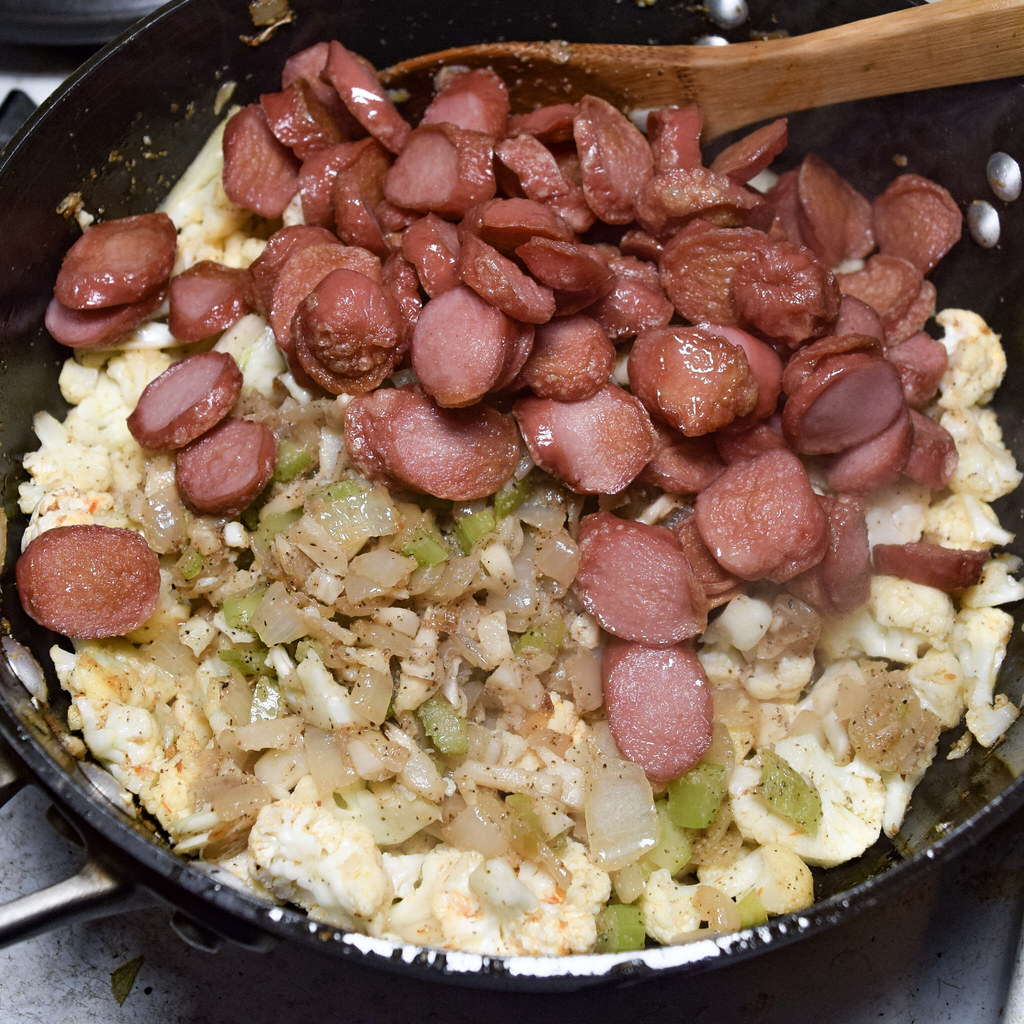 Once the cauliflower is cooked through, add the vegetables and sausage links and mix on low heat. I added a few sprigs of chopped dill, and checked the seasoning (needed some more garlic and Adoboloco). 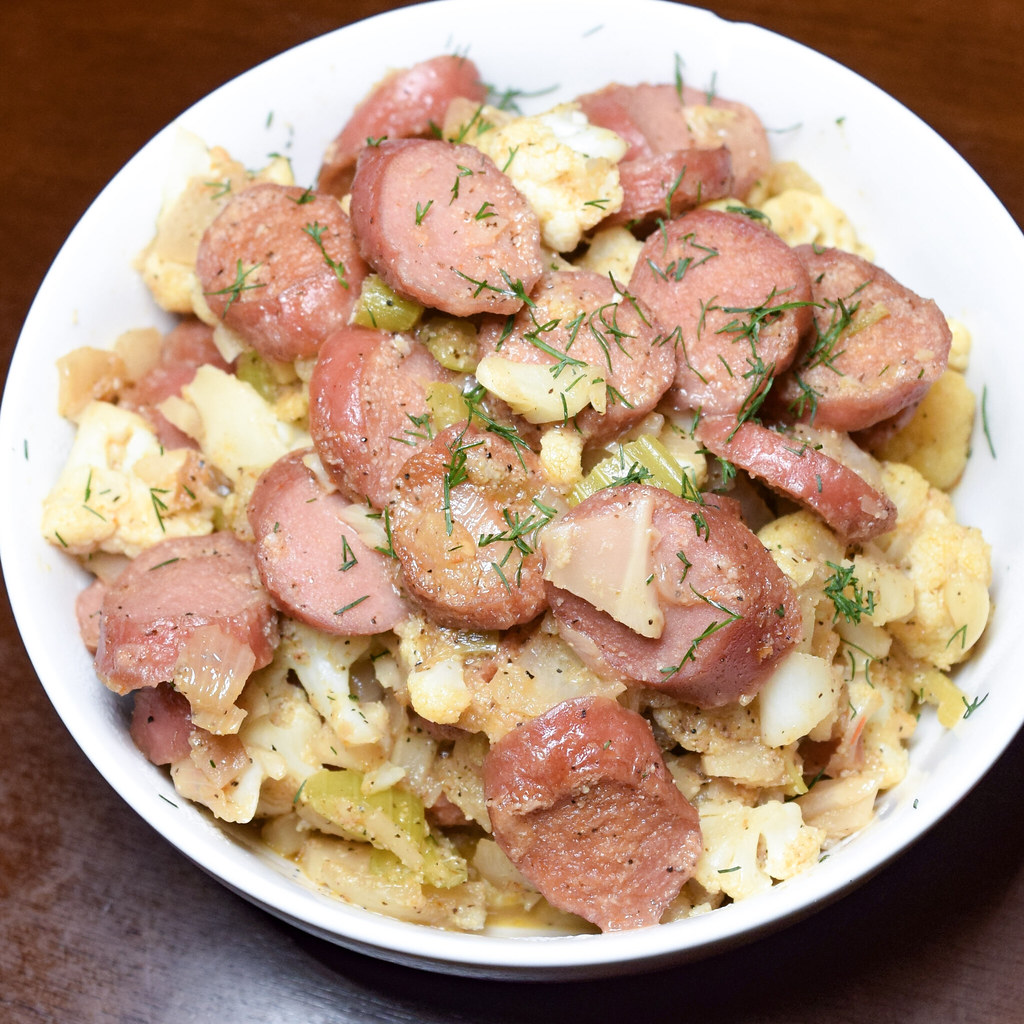 Lesson learned: translate foreign ingredients on packaged goods smuggled into the country. Or, just use regular sausage from the grocery store that you know would have worked in the first place.