recipe – potato and ricotta gnocchi with peas and lemon

People look at me like I have 5 heads when I tell them I don’t like potatoes. A potato is a ball of starchy blandness, that without outside flavors would be pretty much useless. That being said, my only 2 exceptions for potato dishes I’ll allow are: tater tots and gnocchi. I saw this great idea for a gnocchi party online so I invited a friend over to try it out. Whether our measurements were off, or we had too much wine to start, something was definitely awry. So do not follow as we did, but the instructions I listed below instead. 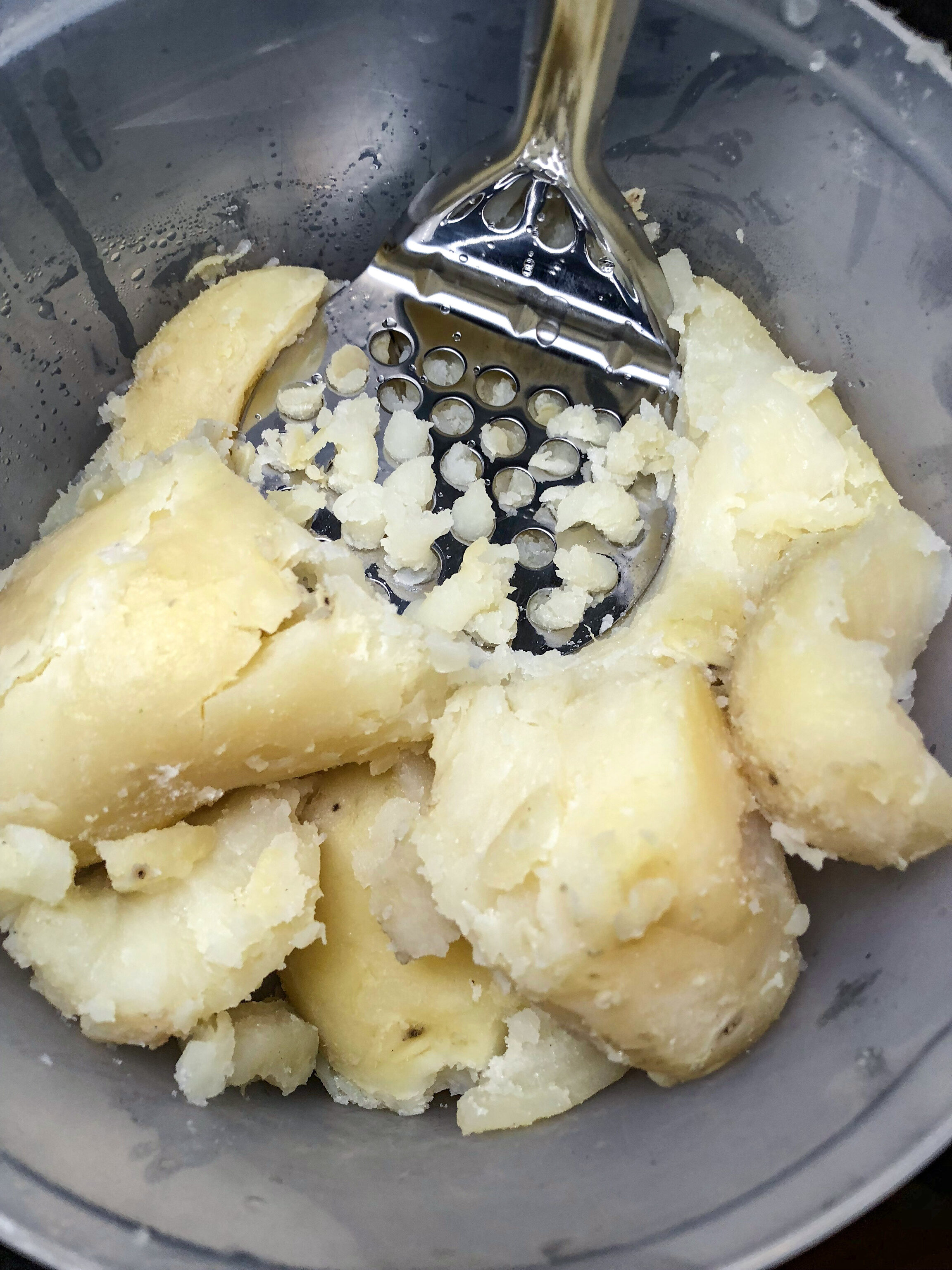 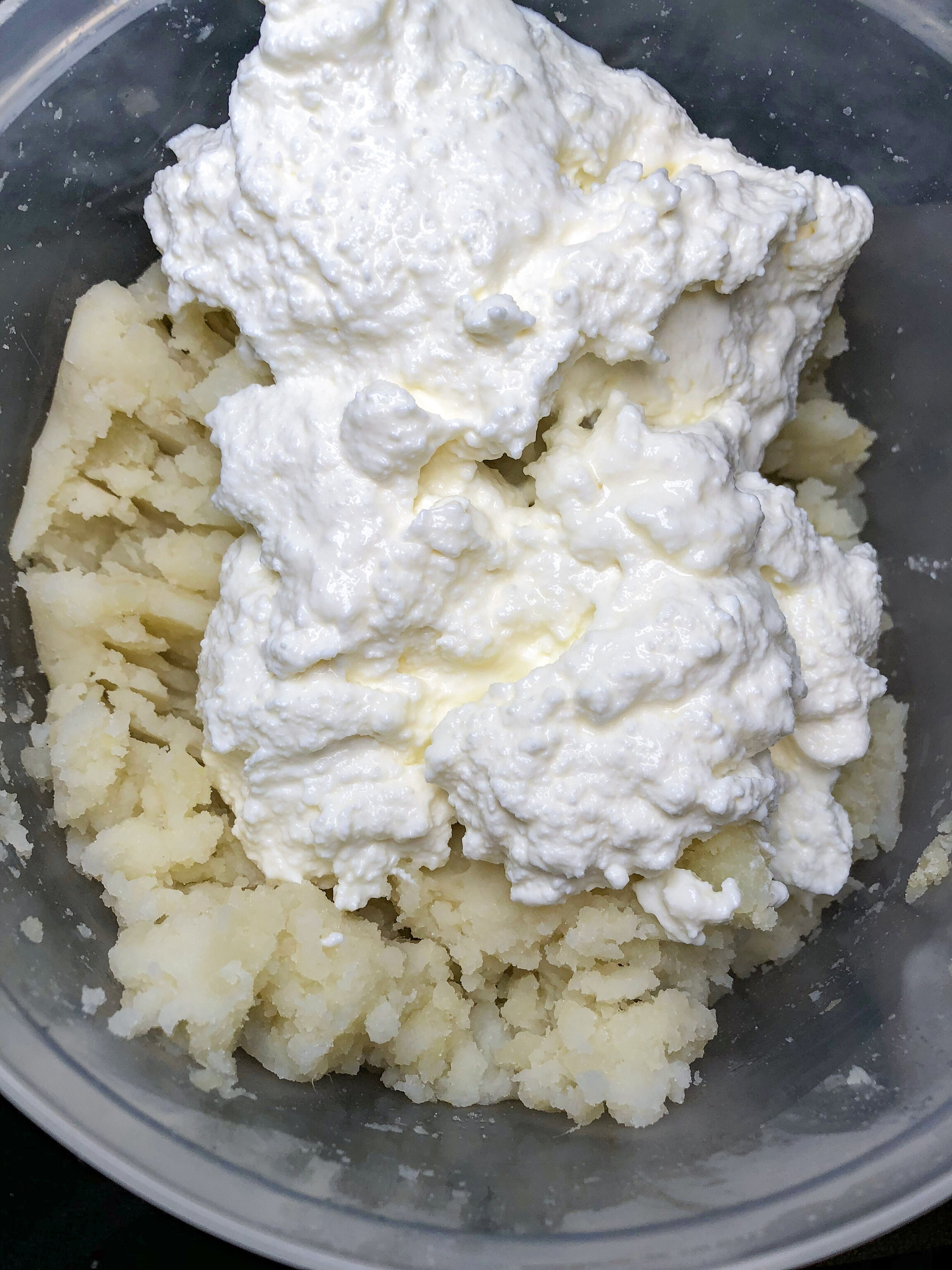 Here we just plopped in about 4 boiled skinless potatoes into a mixing bowl with a heaping cup-full of non-drained ricotta cheese. I personally prefer ricotta in my gnocchi for a softer creaminess to the dough. But again, we did not measure anything accurately and this is probably the start of the shitshow to follow. 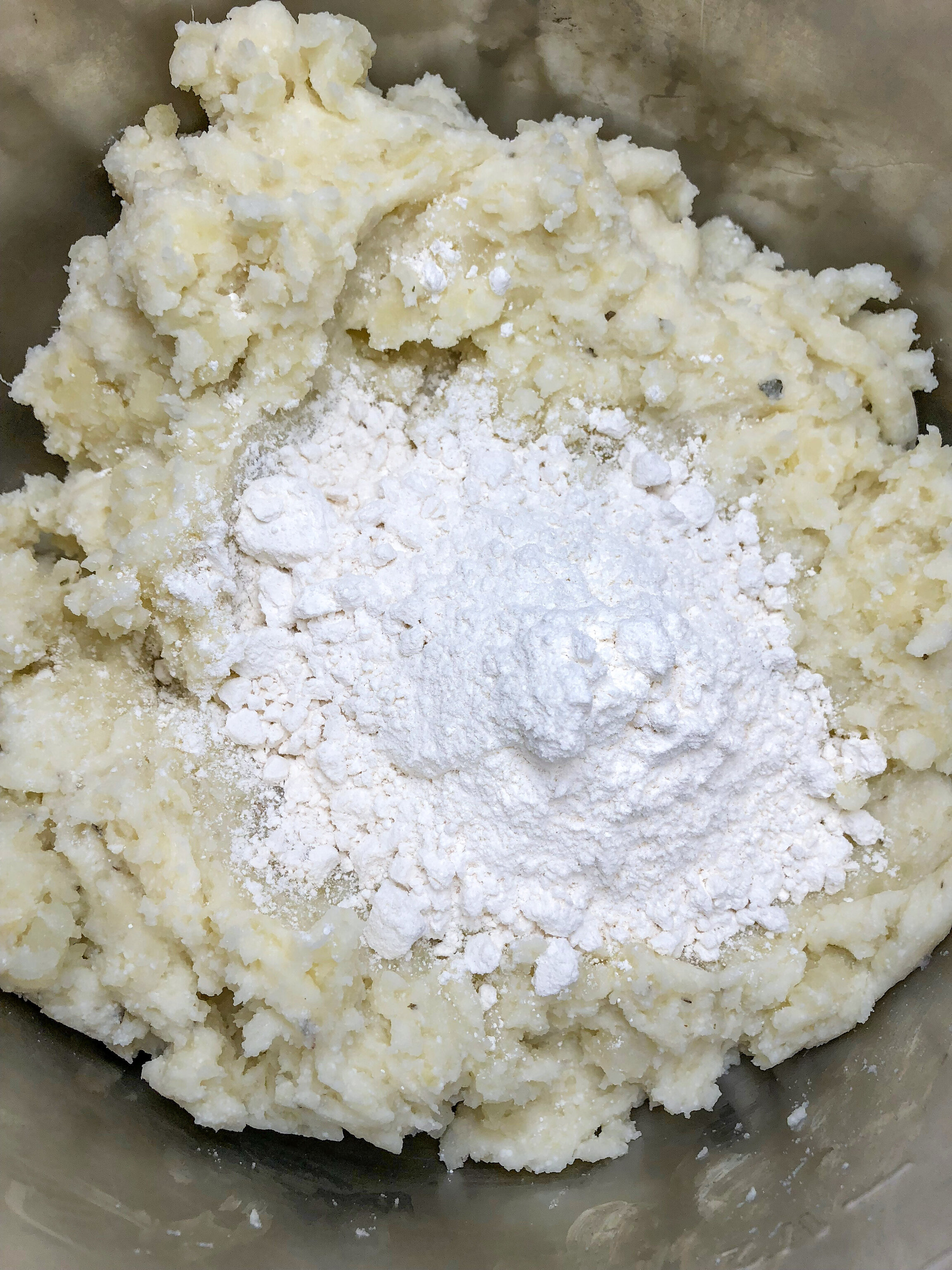 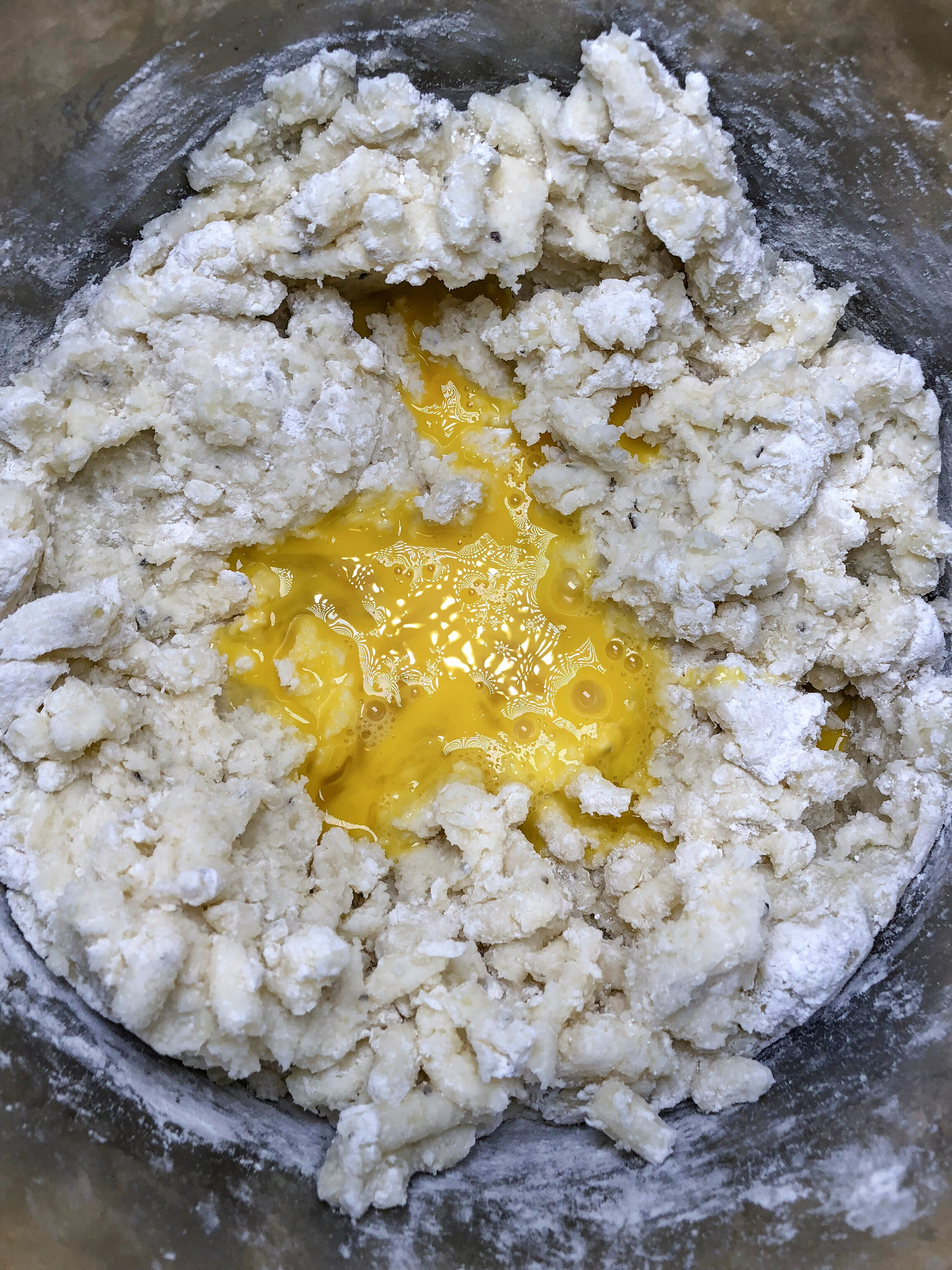 And now I see where our fault was – way too much wet for not enough dry ingredients. 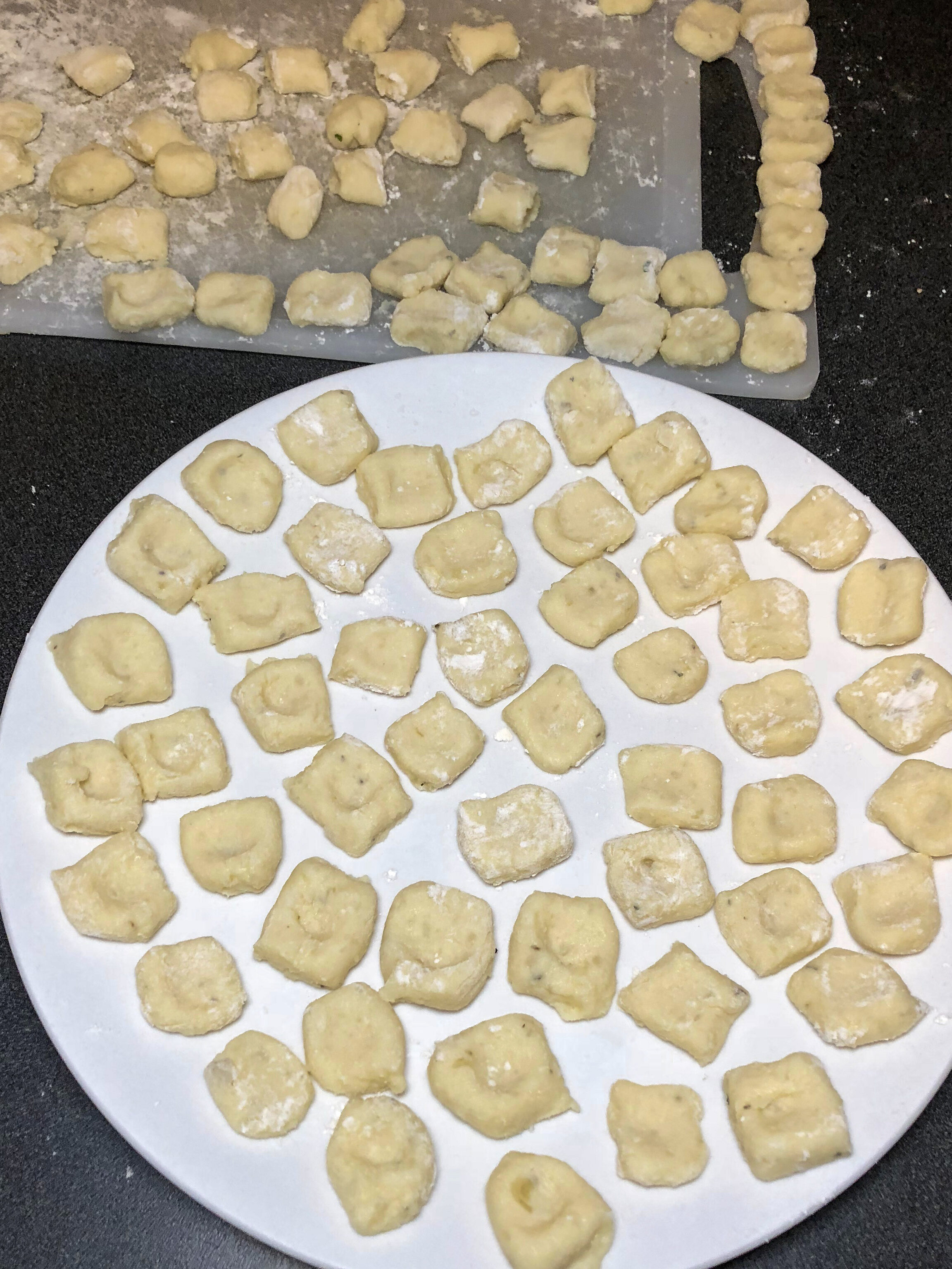 A pound or so of flour later to attempt to dry out the dough, we managed to roll them out into little nuggets with a thumb indentation on each.

Not pictured in the photo is an enormous amount of dough that basically tripled the size of the original batch. 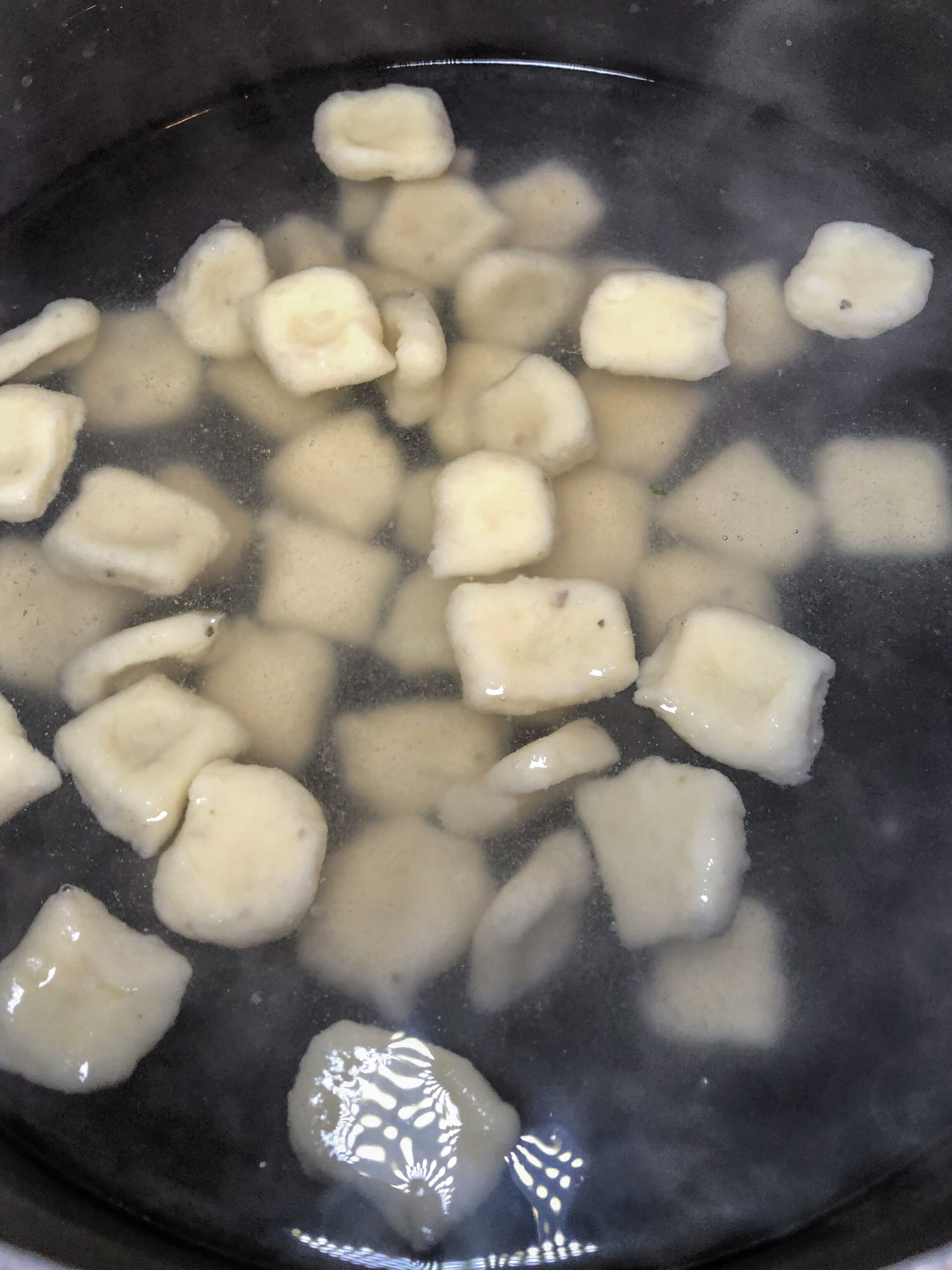 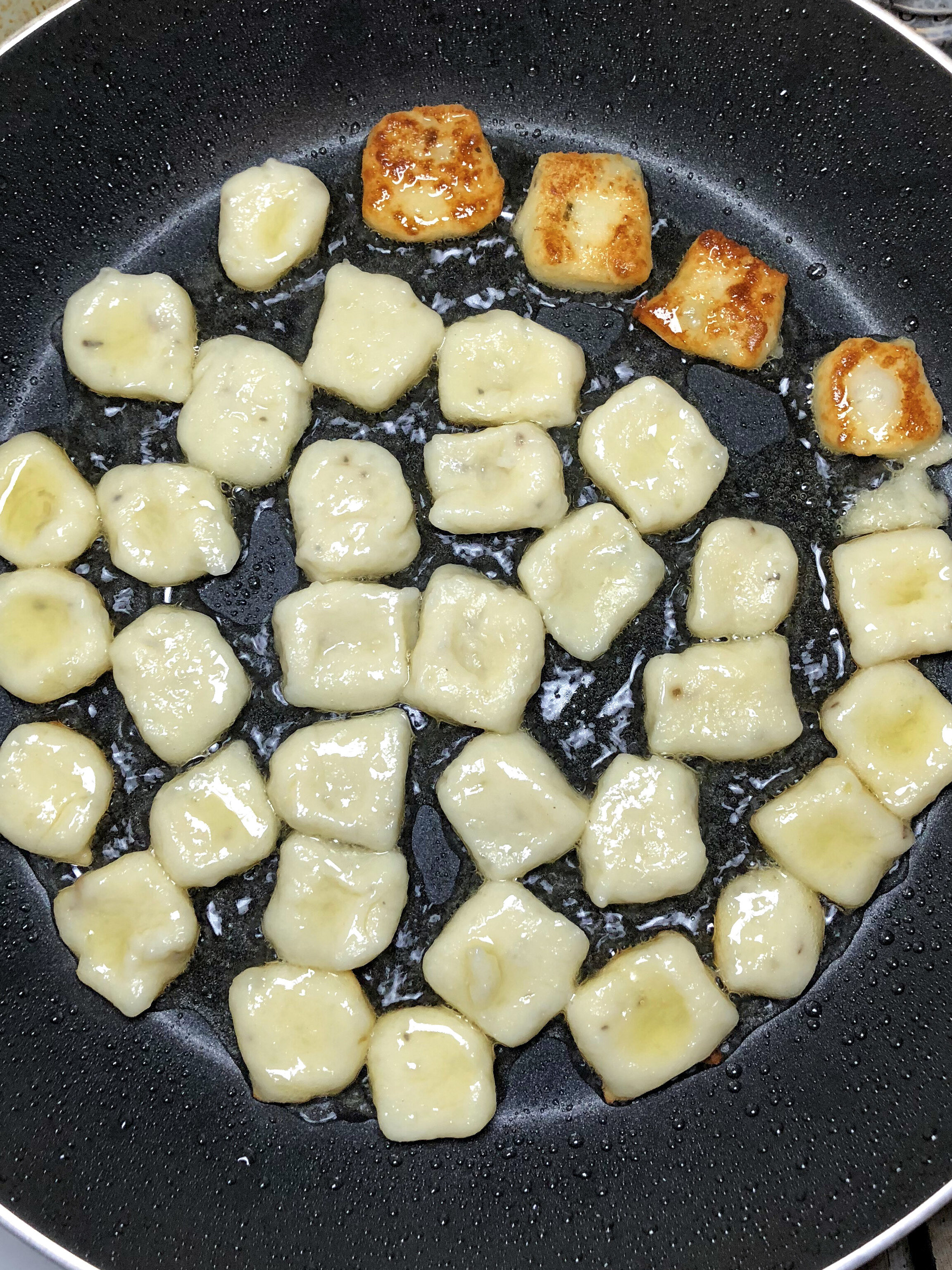 This part we got back on track – boiled the gnocchi, dried on paper towels, and pan-fried on medium-high heat. 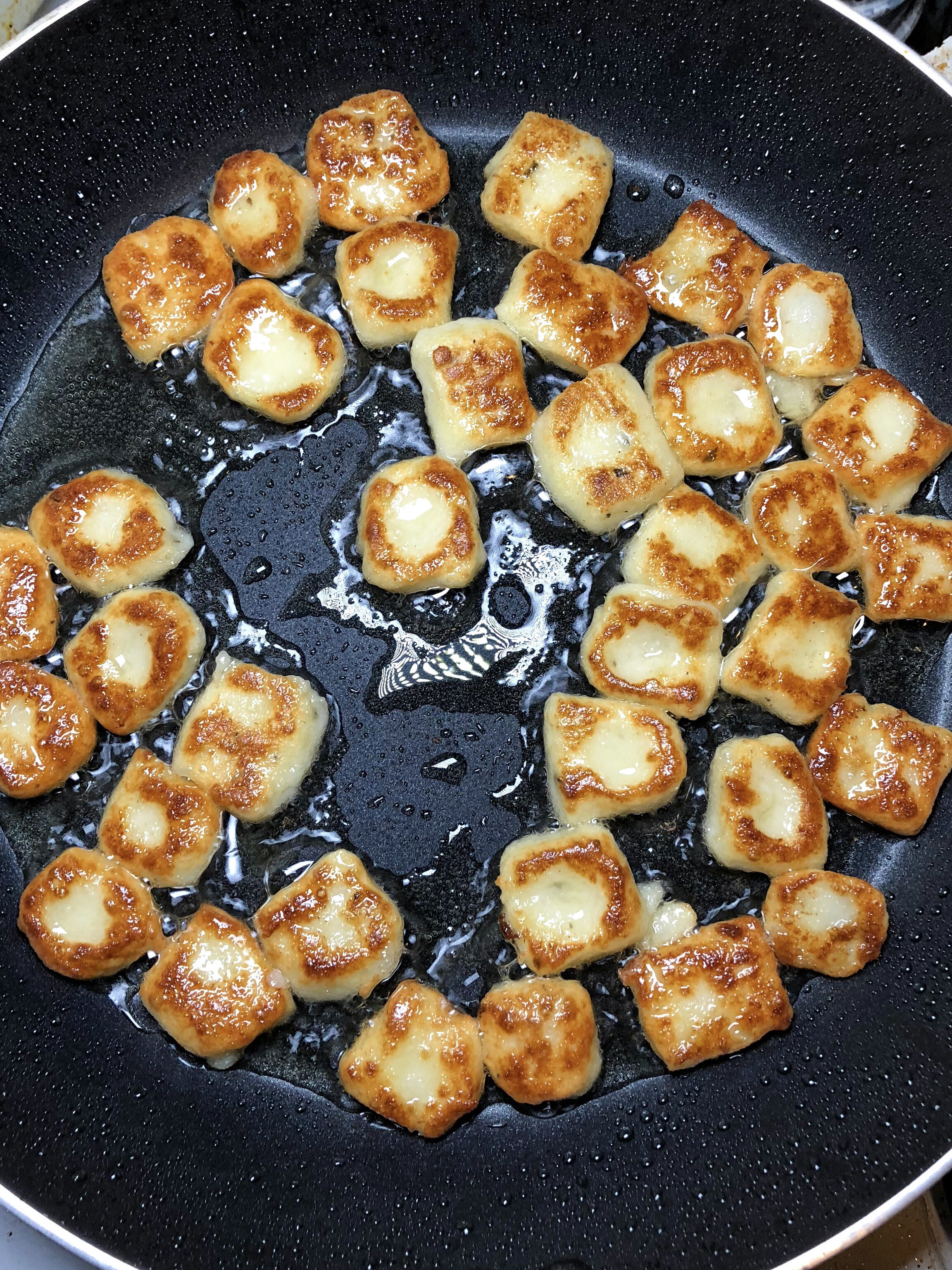 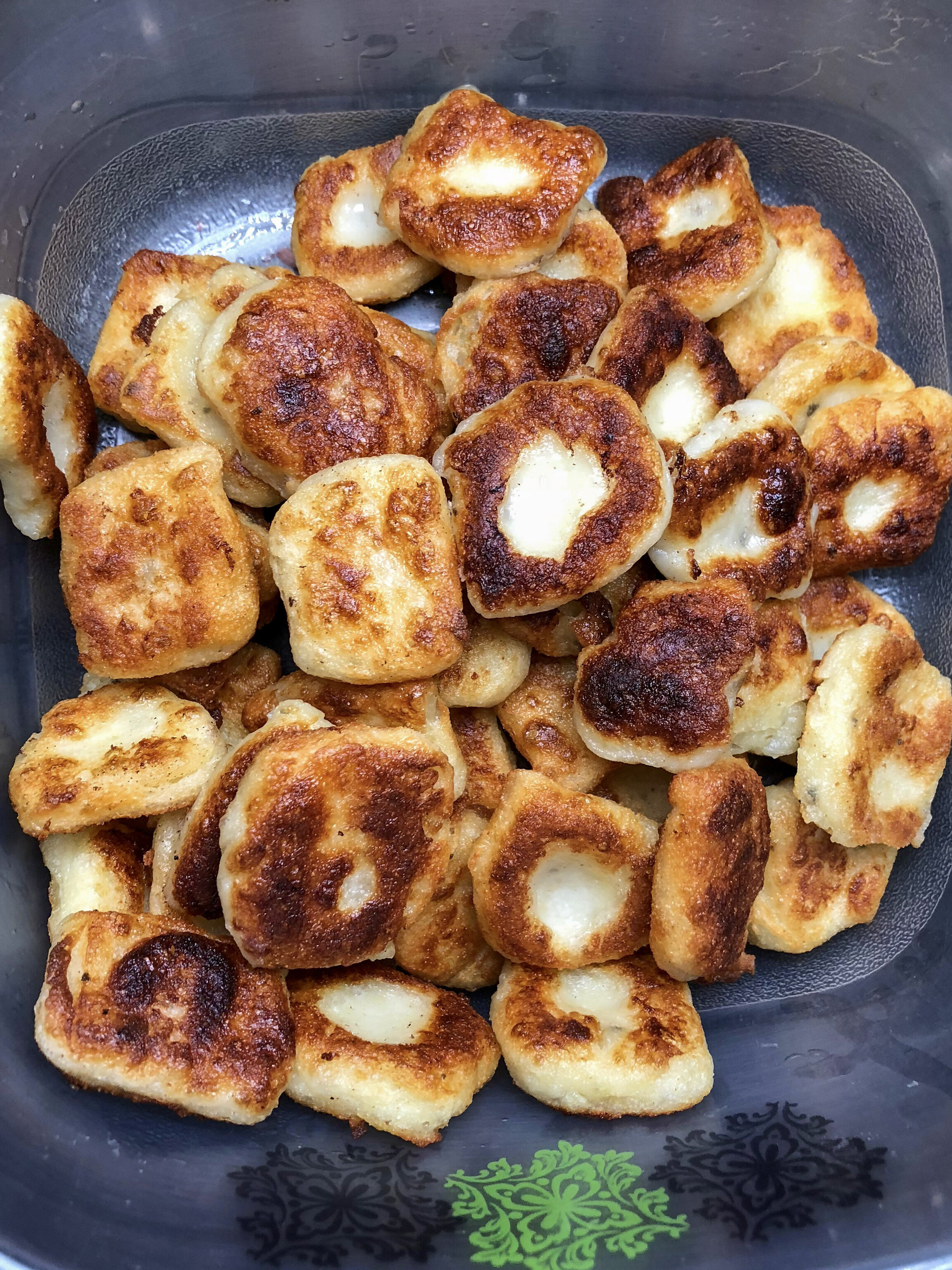 The color turned a deep golden-brown, which looked exactly like what we were going for. But the flavor was extremely bland… almost like a potato? Probably because by this point there was way too much flour and potatoes trying to compensate for the wetness. 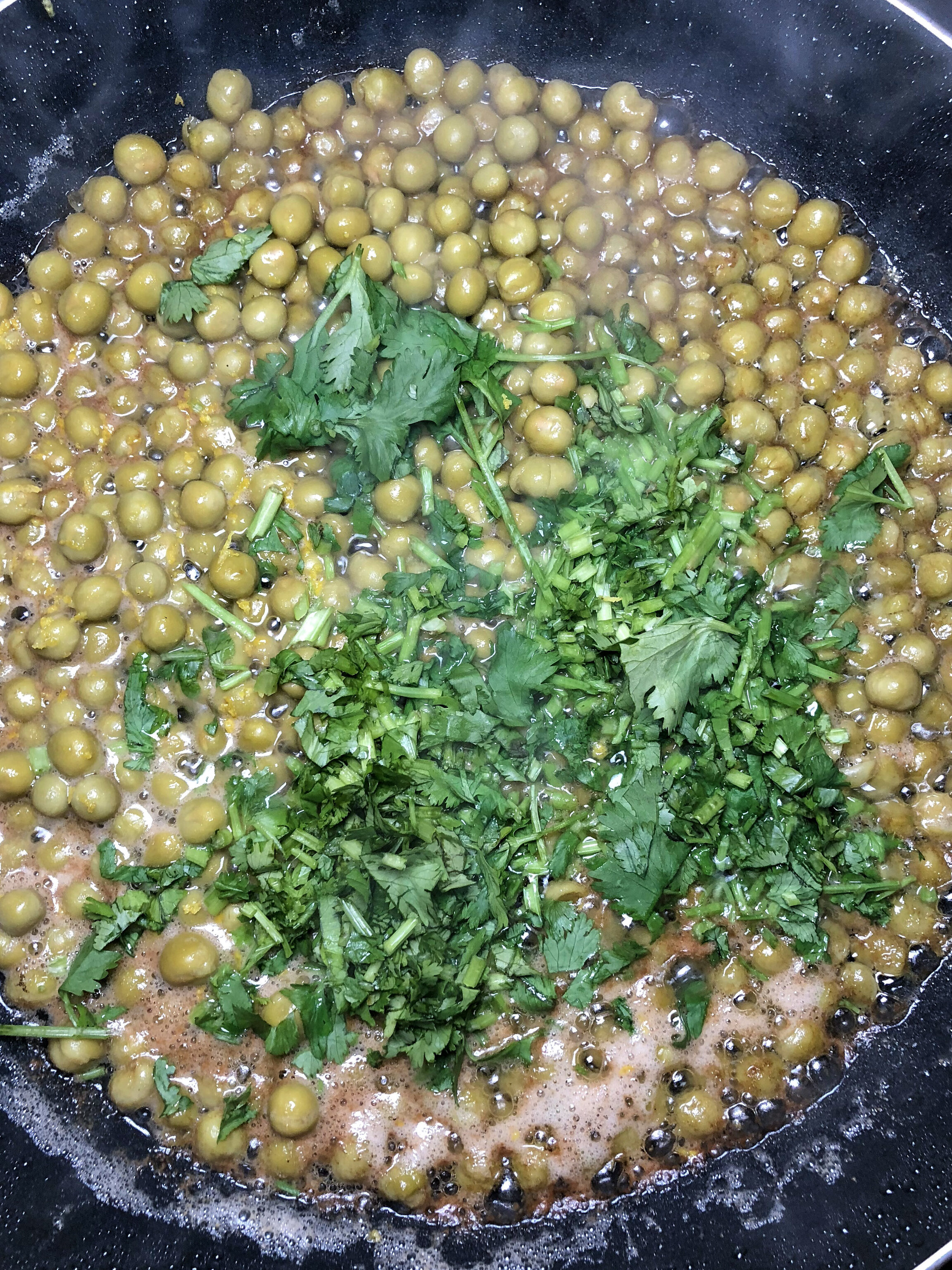 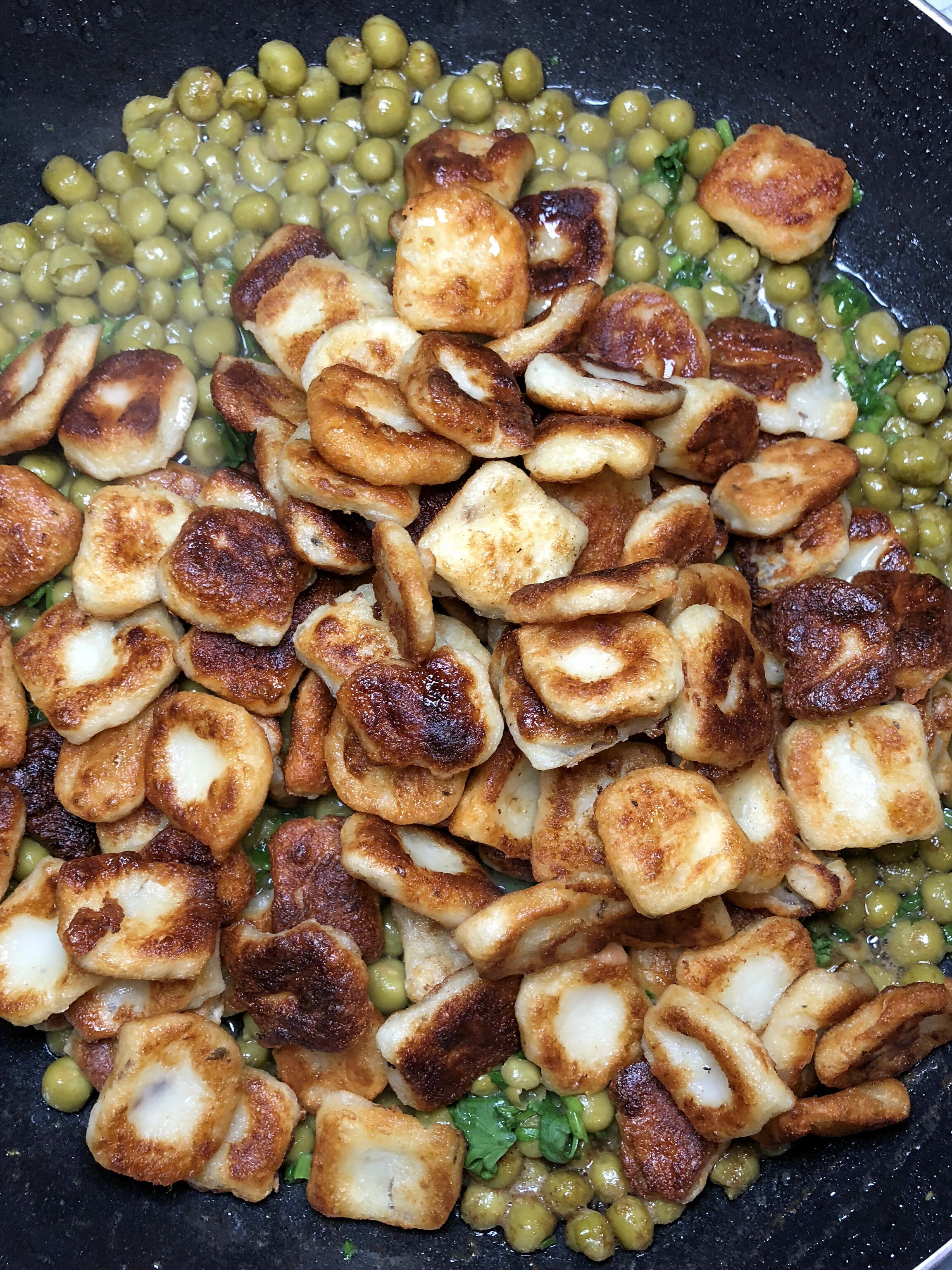 With a few pounds of dough still needing to be prepared, we continued on with the recipe in hopes of having at least a plateful of decently tasting food for which we could photograph as well. Canned peas, cilantro, and lemon juice help flavor the fried potato mush. 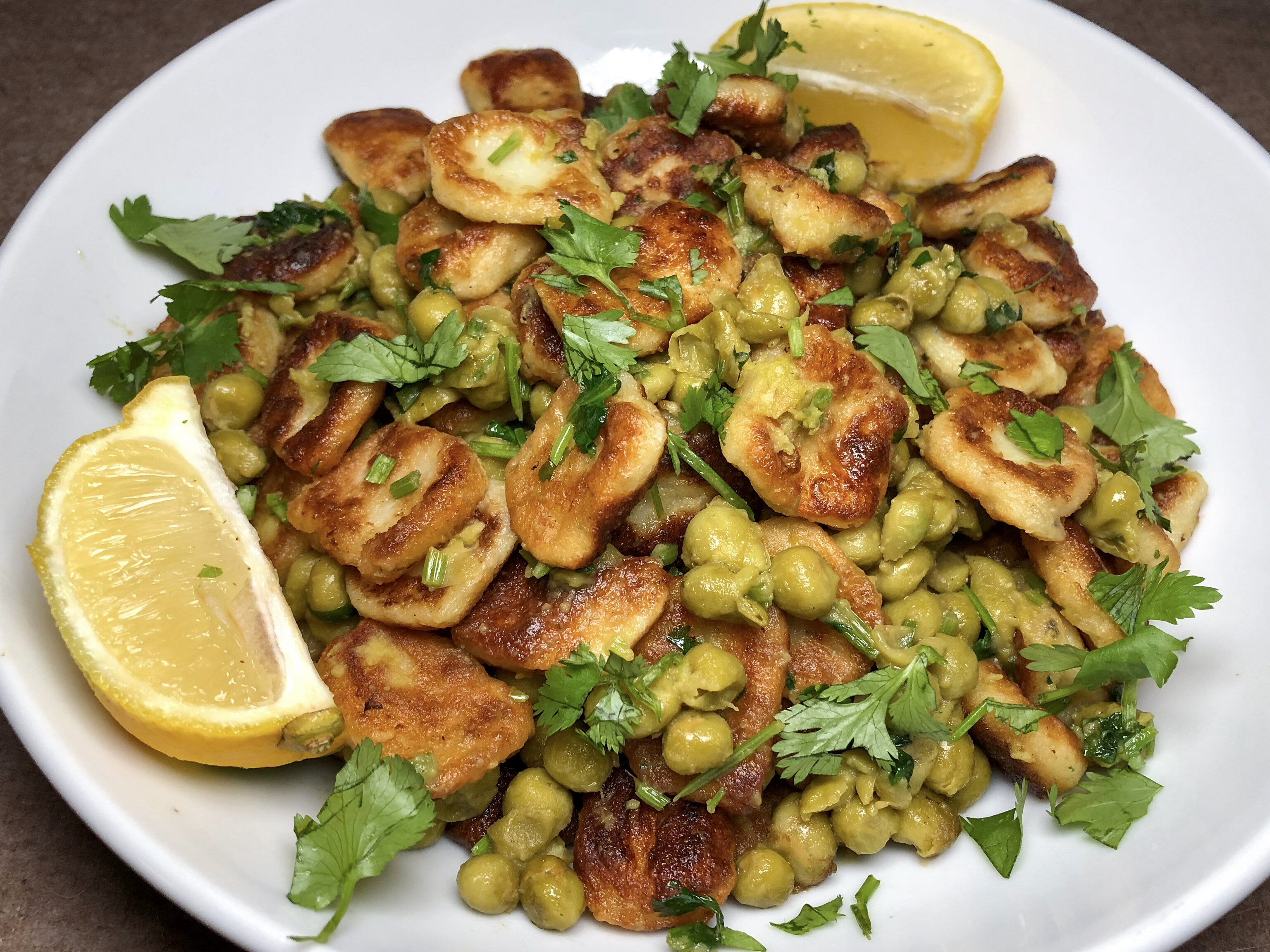 And here you have it. Thankfully the vibrant lemon and pea mixture helped amp up the flat potato taste. 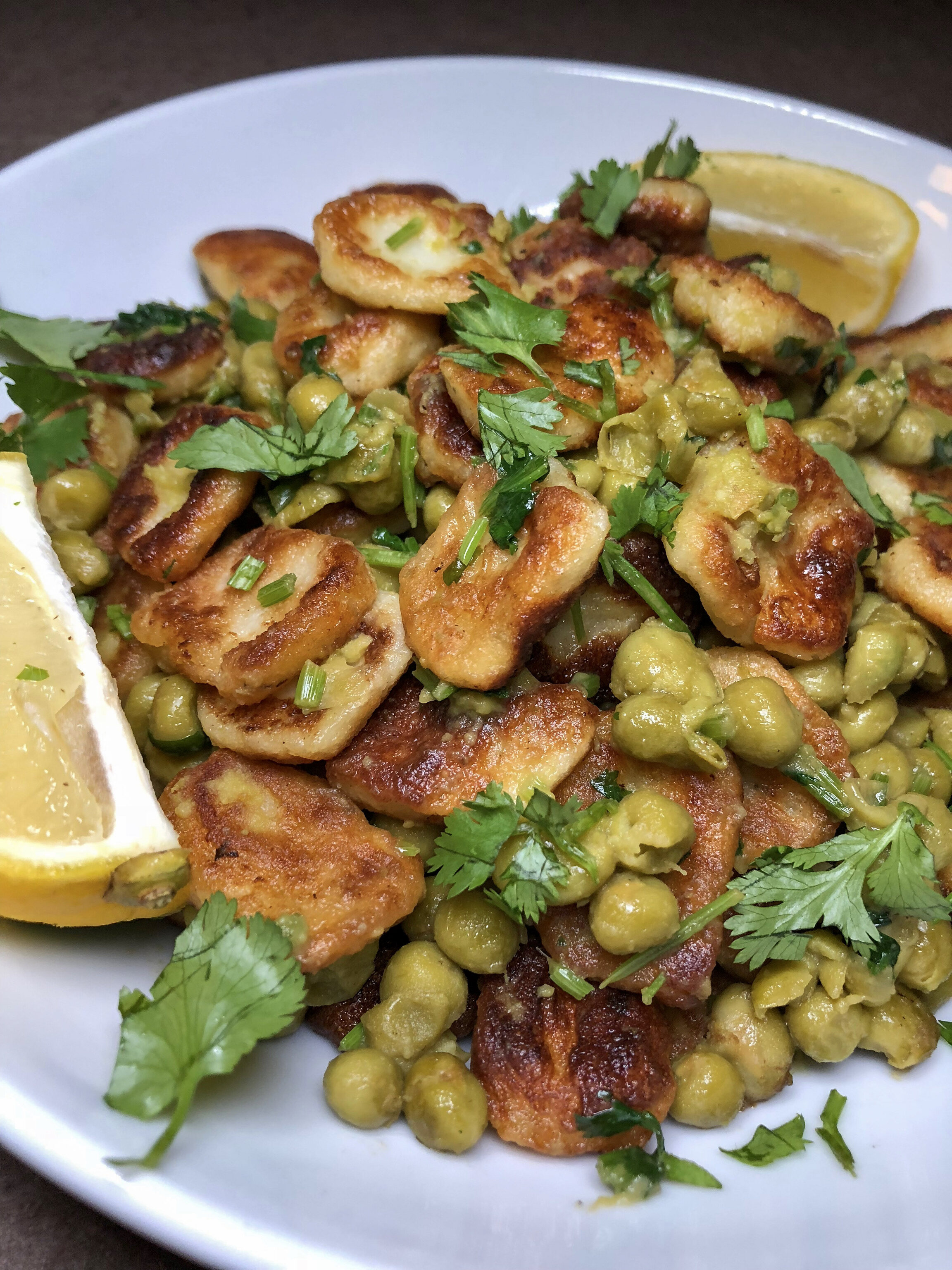 Wouldn’t say this was a fail by any means, just more of a learning experience. Take the time to weigh your ingredients out the best you can, and take the time to do the extra steps such as draining the ricotta liquid. Everything was edible and I’m glad we were able to make multiple dishes from this.

—recipe and directions for gnocchi—

—directions for pea and lemon sauce—

—a good read about ricotta gnocchi—