Koreatown in Manhattan is abound with all types of Asian eateries ranging from sit down restaurants, to little takeout-only places, all the way to large cluttered food halls with options galore.

On 32nd Street between 5th and 6th Ave is one of my favorite food halls in probably all of NYC – Food Gallery 32. They not only carry Korean vendors but also Chinese, Japanese, Spanish, and more. 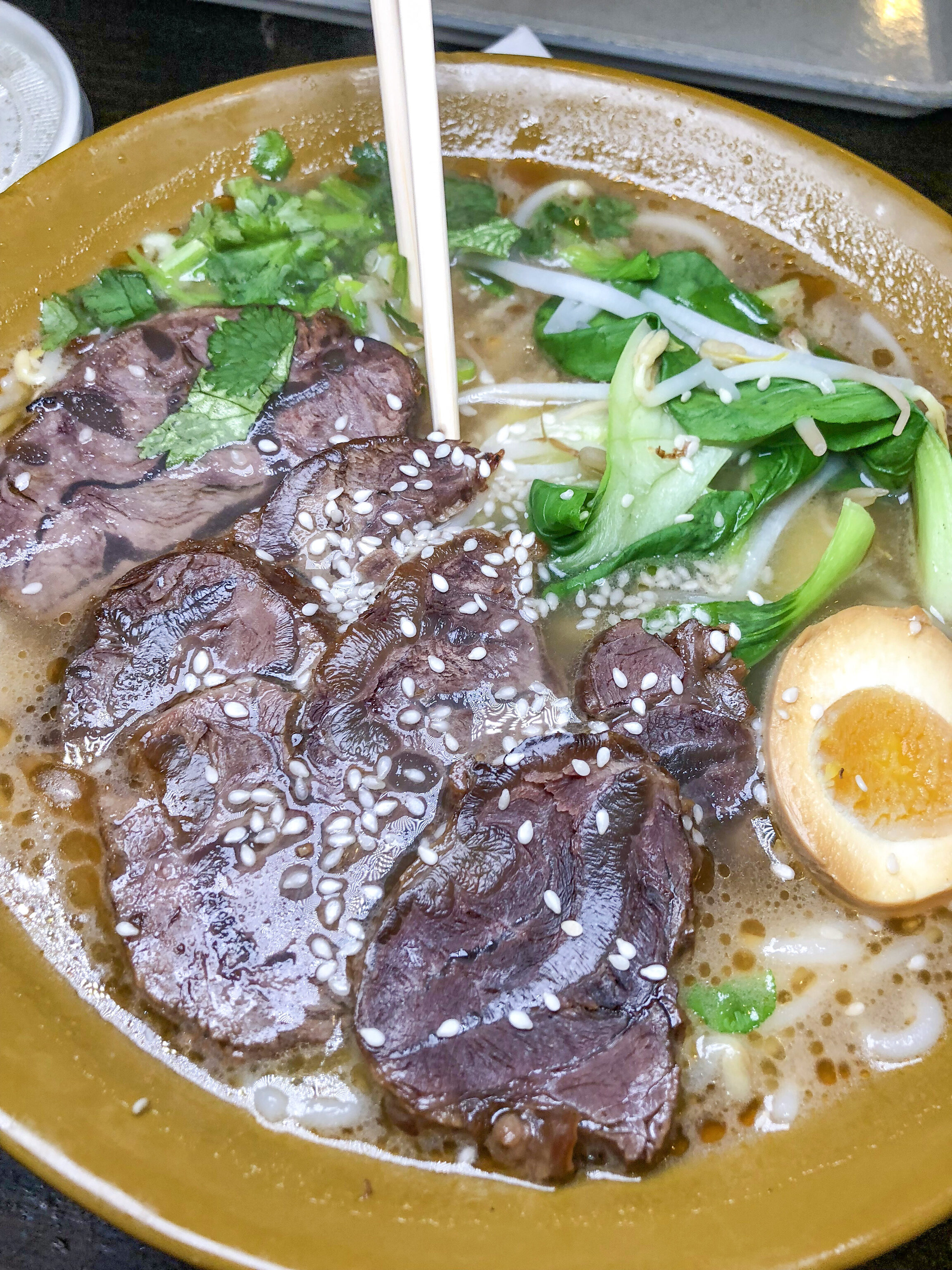 On the first floor of the sprawling food hall is Jiang Bing Man, named after the jianbing snack. Jianbing is a traditional Chinese street food closest resembling a French crepe. The batter is more crispy and airy than that of a crepe, and usually stuffed with savory fillings such as meat, scallion, hoisin, or chili sauce. The circular pancake is then folded multiple times over so the fillings are evident with every bite. 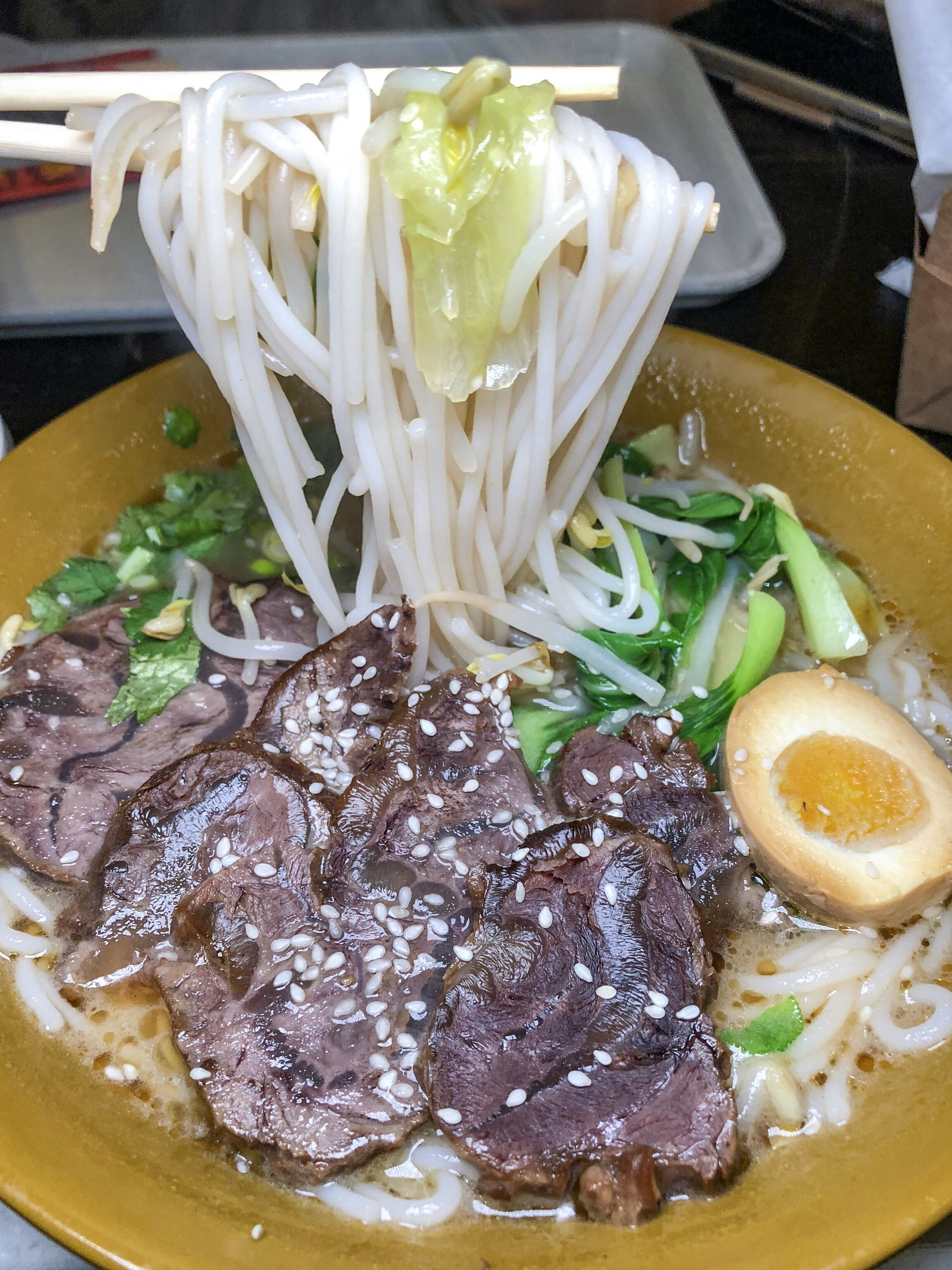 Besides just the famous jianbing, this food stall has a plethora of other Chinese-inspired dishes. This is their beef and noodle soup, which comes with rice noodles, beef bone broth, sliced beef, bok choy, and a marinated egg. The broth had a deep, rich beef flavor, and the meat was extremely tender. 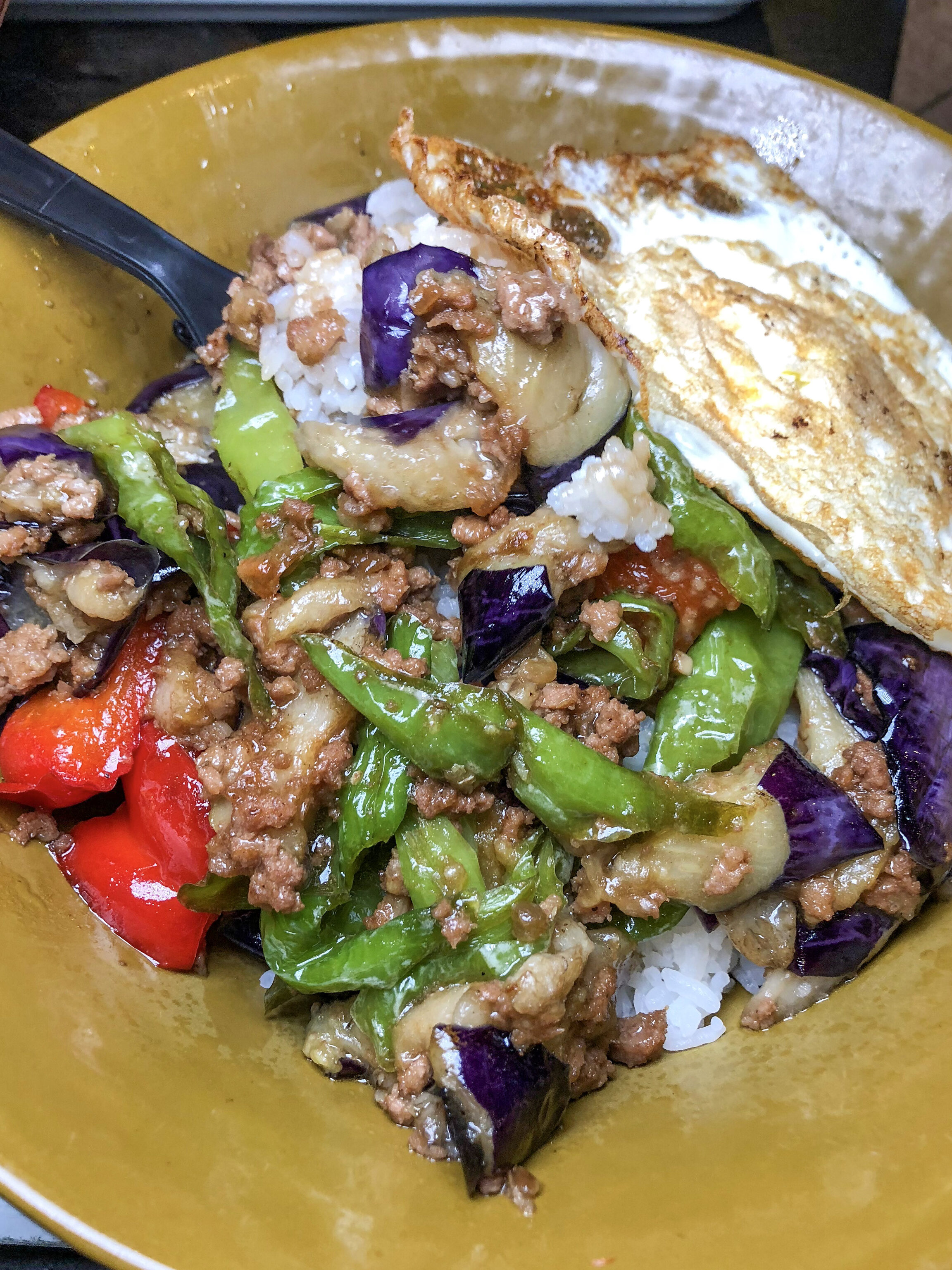 There are also many rice bowl options, such as this one with ground beef, eggplant, and peppers. The meat mixture was flavored with a hoisin-like taste, and was topped with a fried egg. 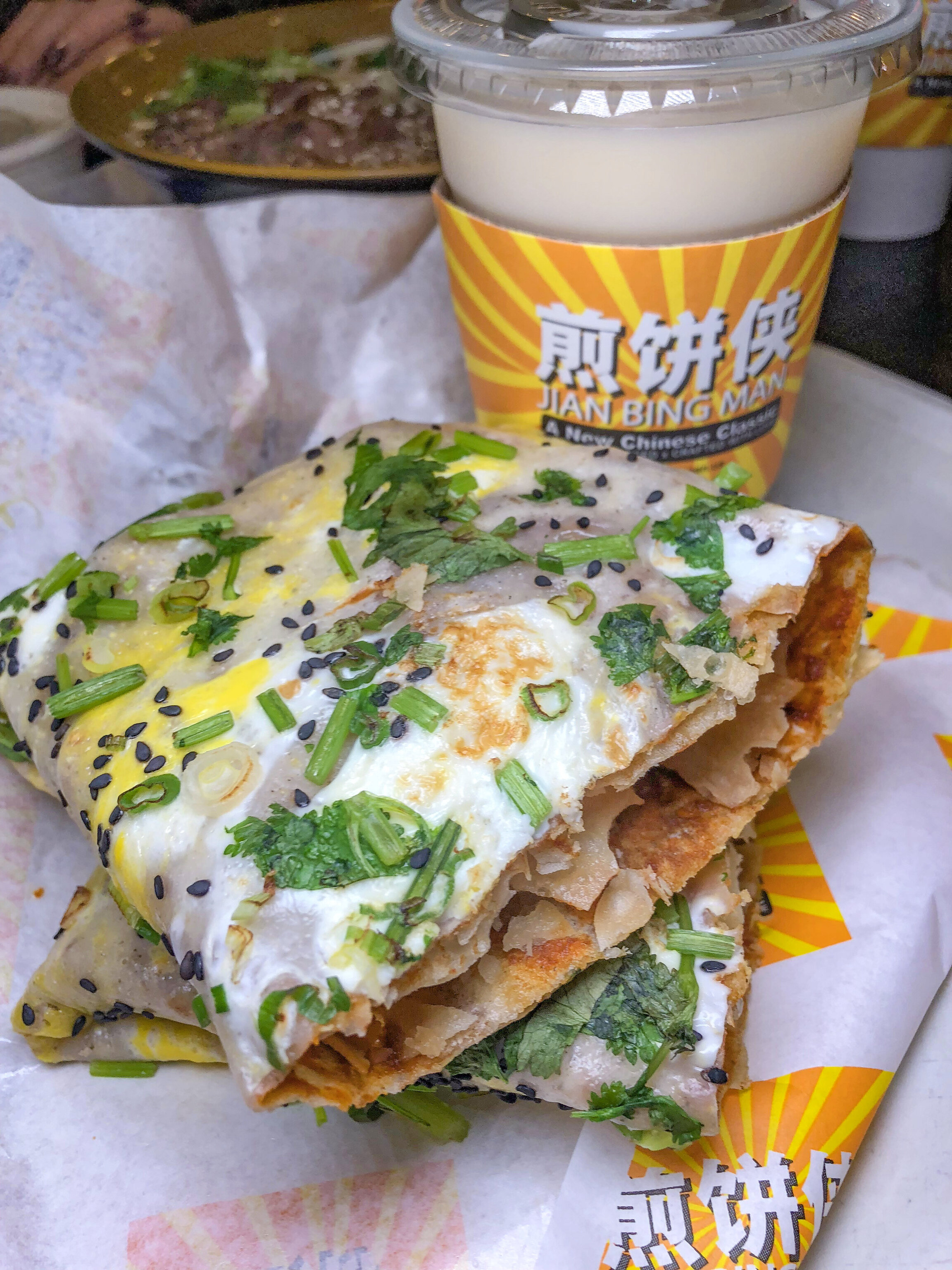 And here is the star – the jianbing! The crispy texture is so visible in the photo, you’d almost not realize how succulent the inside filling was. Tons of ground meat, fresh herbs, and special sauce lined the interior. With a scattering of sesame seeds and cilantro on top, I can see why this is one of China’s most popular to-go street snacks.