Yes, more curry recipes! When Stephen started dating me, he became exposed to all different types of foods he hadn’t tried before. While some of the foods were a flop, I’m really happy to know that Thai food is now one of his favorites! 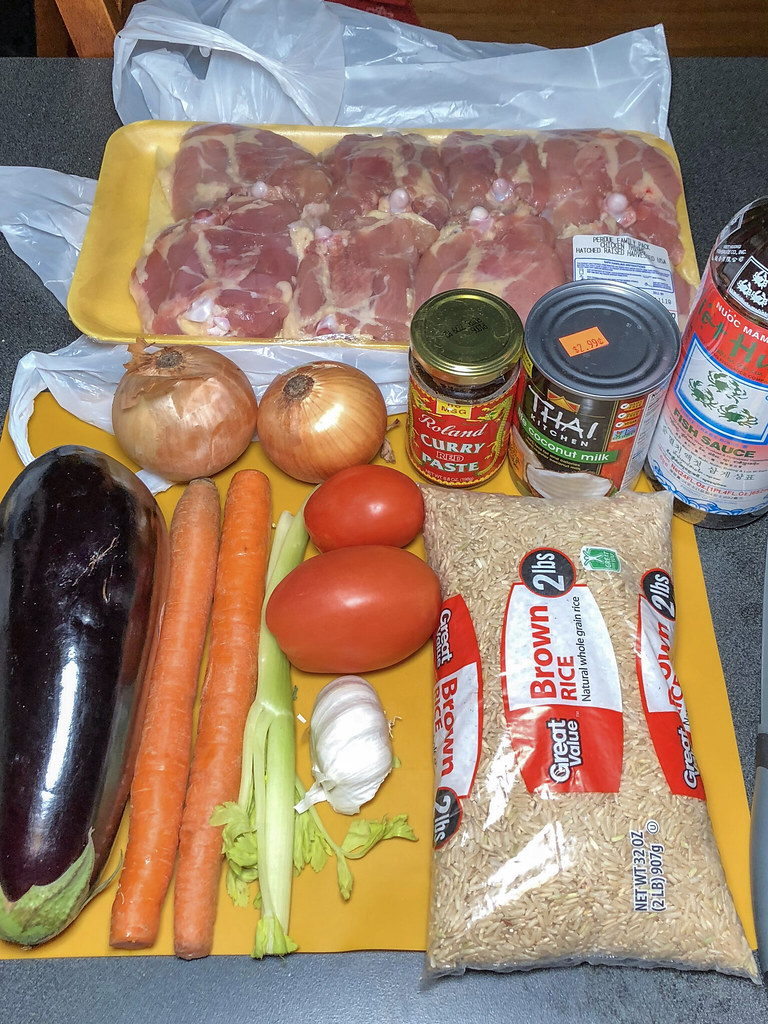 The ingredients needed are easily obtainable, and also easily interchangeable. Don’t want chicken? Sub beef. Don’t want eggplant? Try zucchini. The best part about this recipe is that the jar of curry sauce (like I’ve used on the potato & pea curry), gives most of the flavor you need. 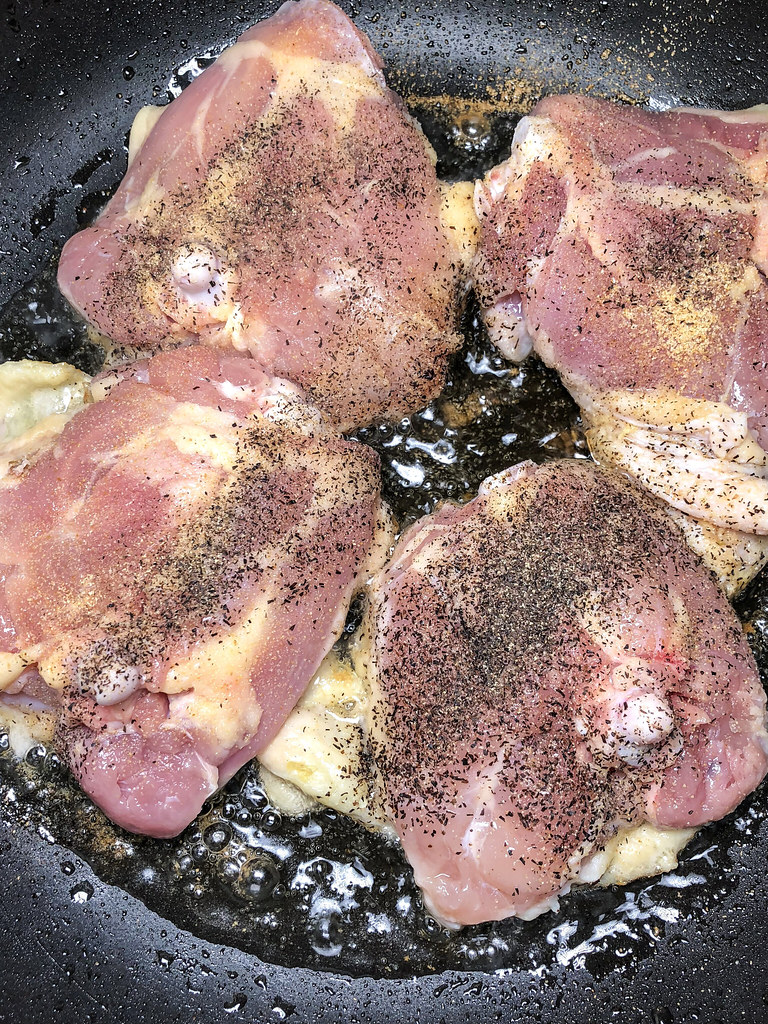 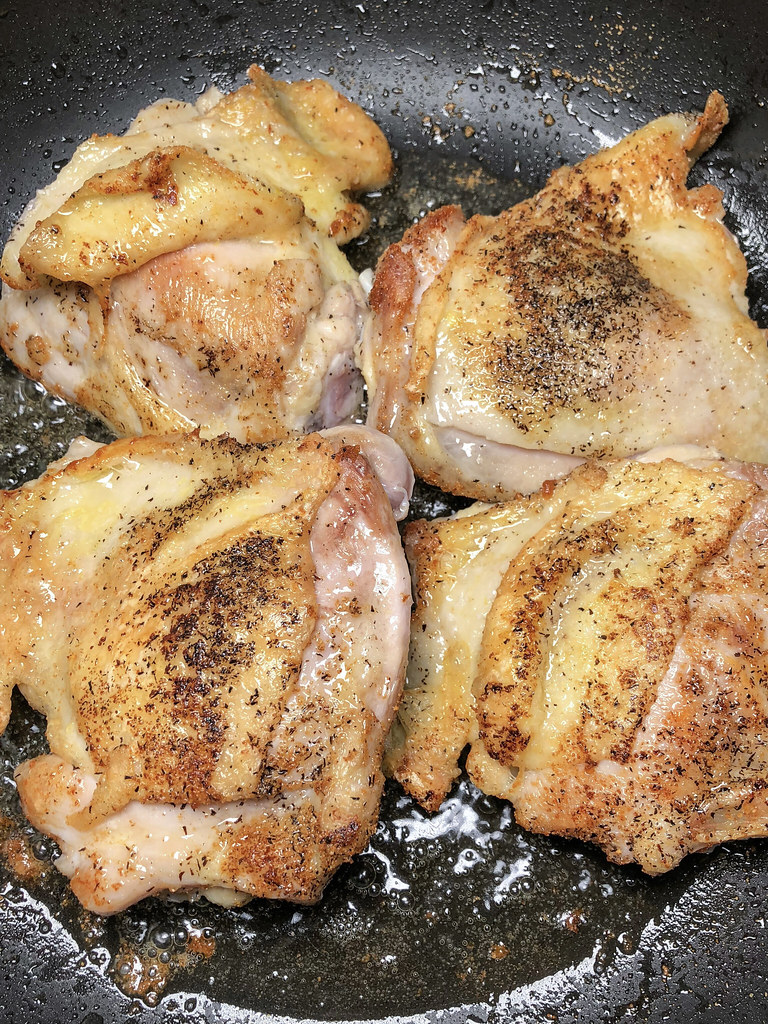 I generally choose skin-on, bone-in chicken thighs just because of the flavor (and psttt they are SO much more cheaper). Sear them skin-side down first, then flip over. 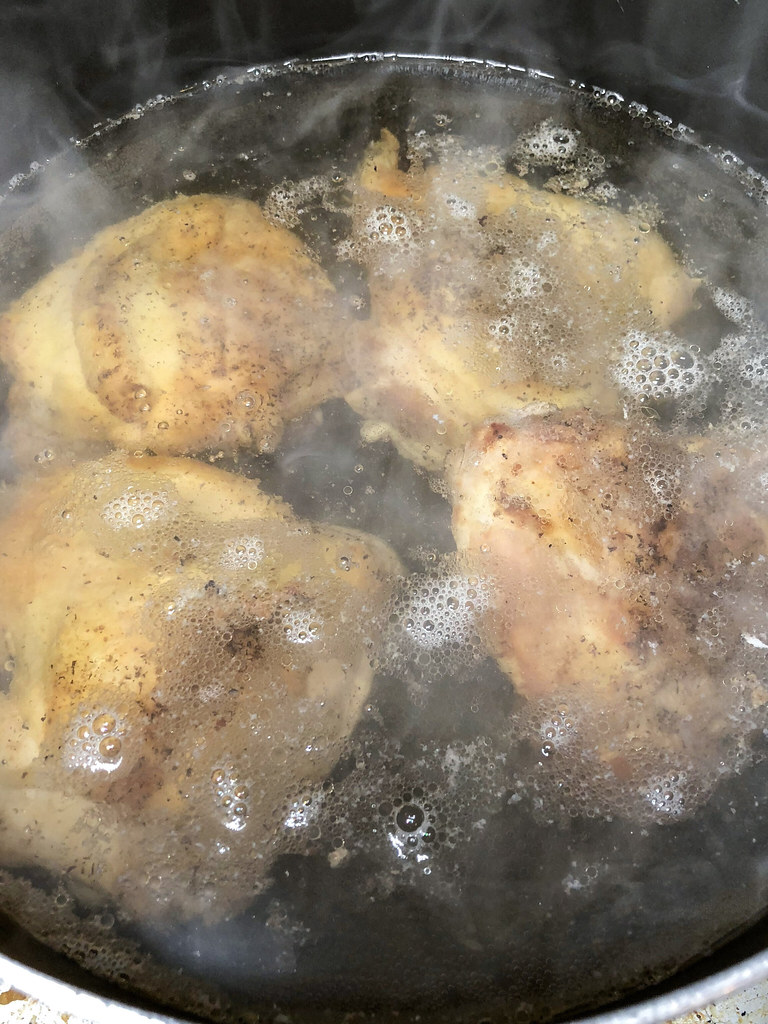 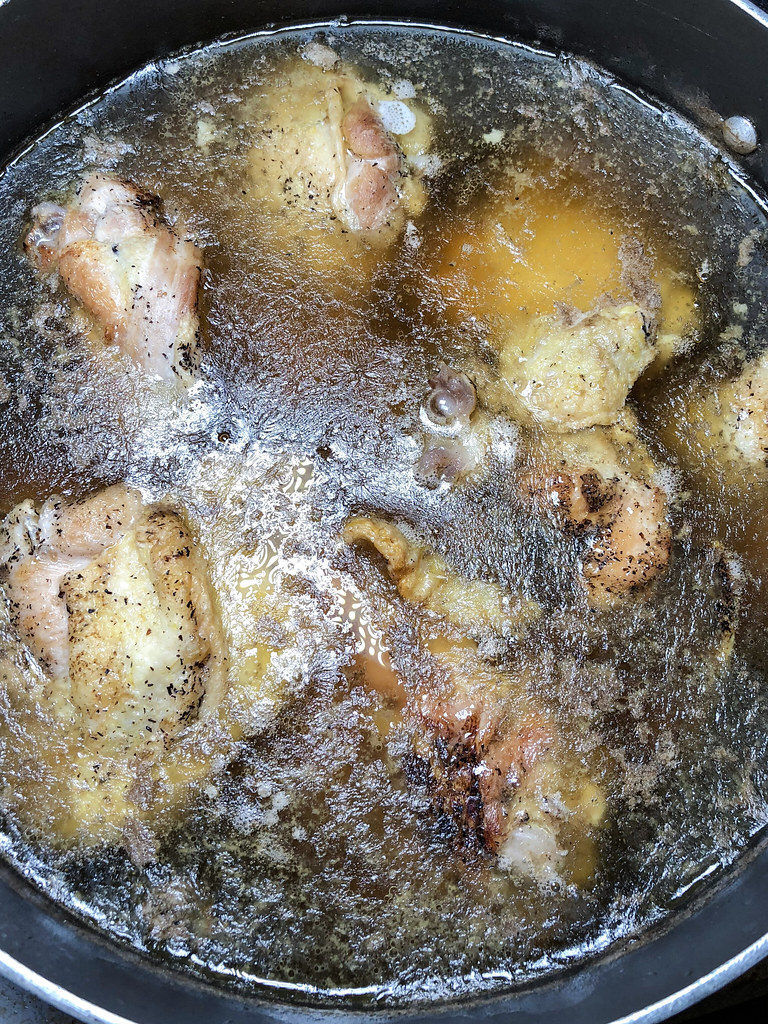 Yes, I know you just seared the chicken skin, but please please listen – add some water to cover the top of the meat and boil before bringing to a simmer. It should take about 20 minutes, but it’ll be worth it. Once done cooking, remove the chicken pieces to cool because you’ll need to shred it. 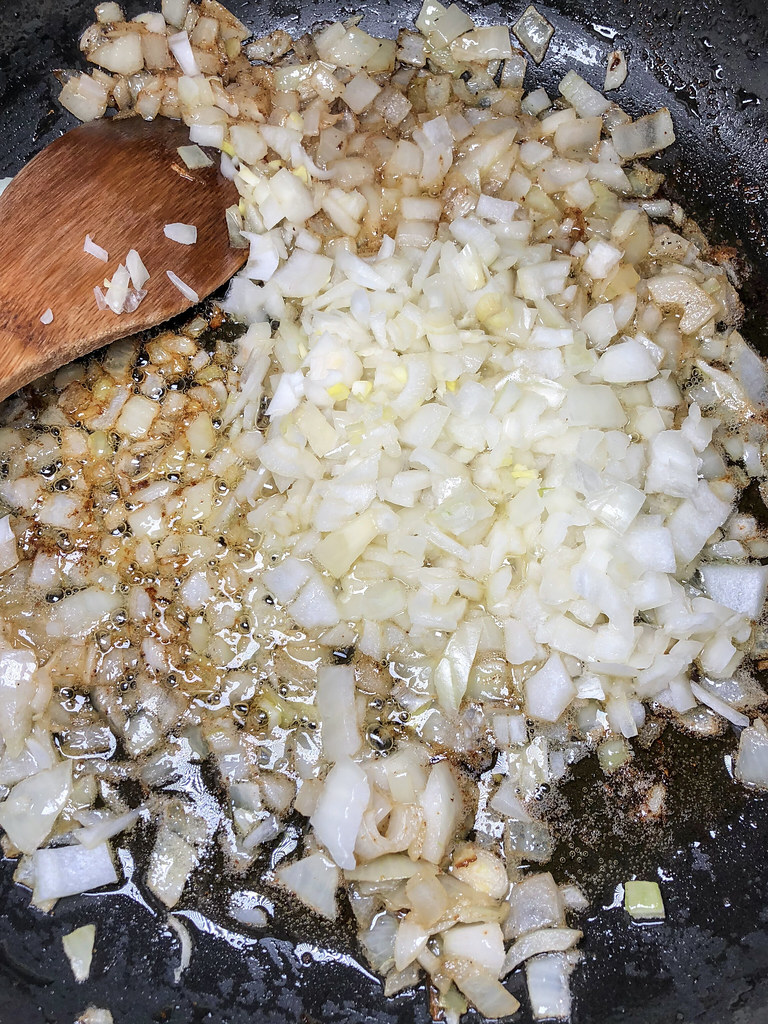 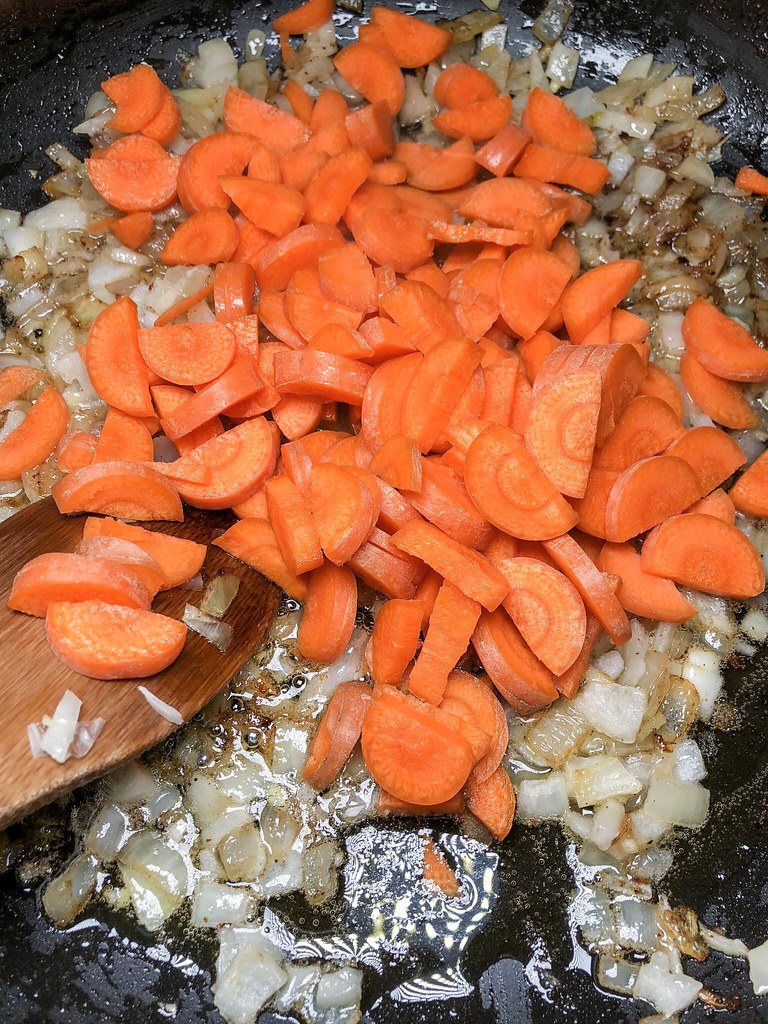 In a separate pan, saute onions for a few minutes. Add chopped carrots shortly thereafter. 10 minutes total or until onions are translucent. 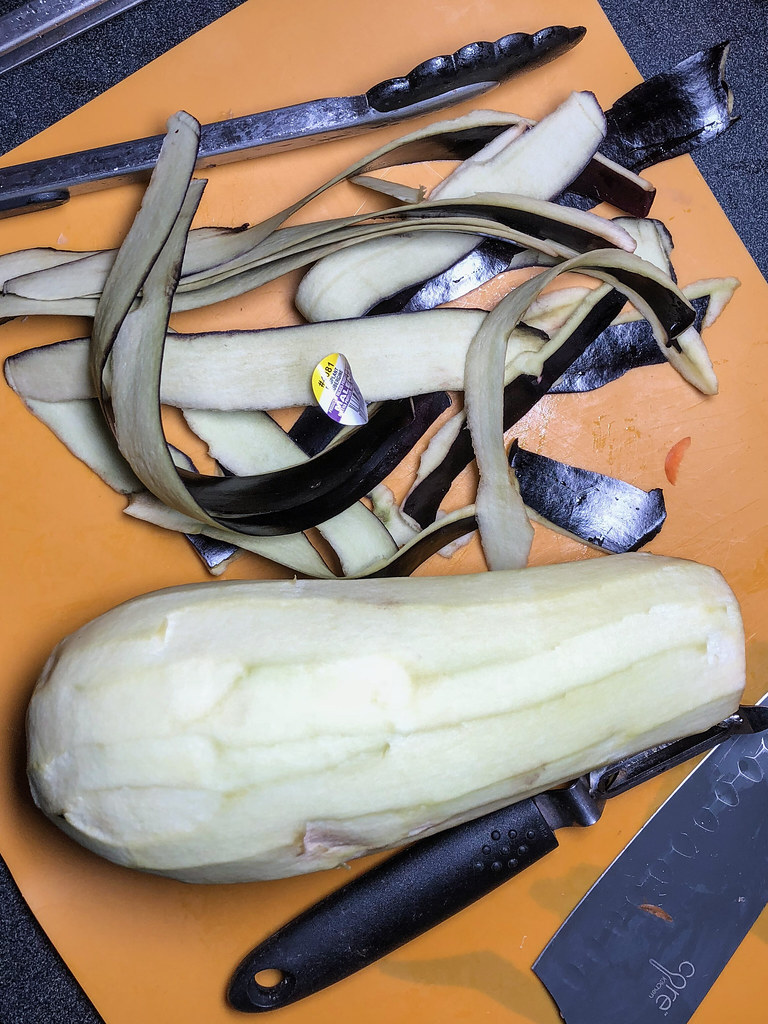 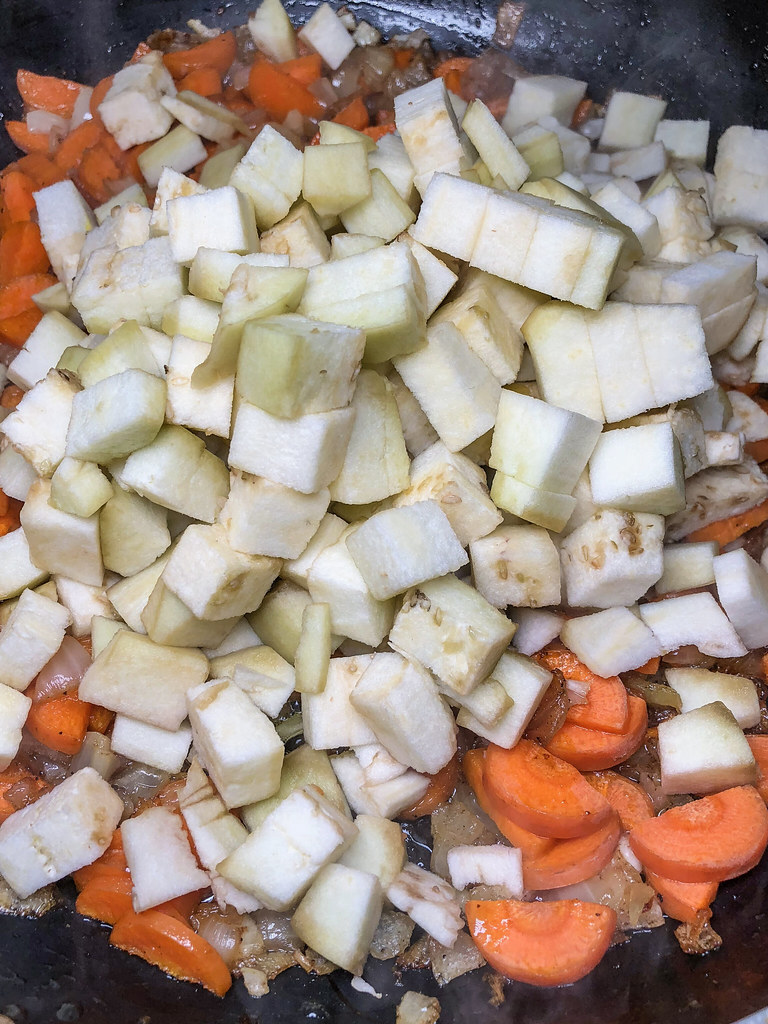 In the meantime, prep the eggplant. Remove all the skin with a potato peeler, and chop into same size dices. Throwing into the pan may sound easy, but you need to make sure that the eggplant touches the bottom of the pan to brown up. 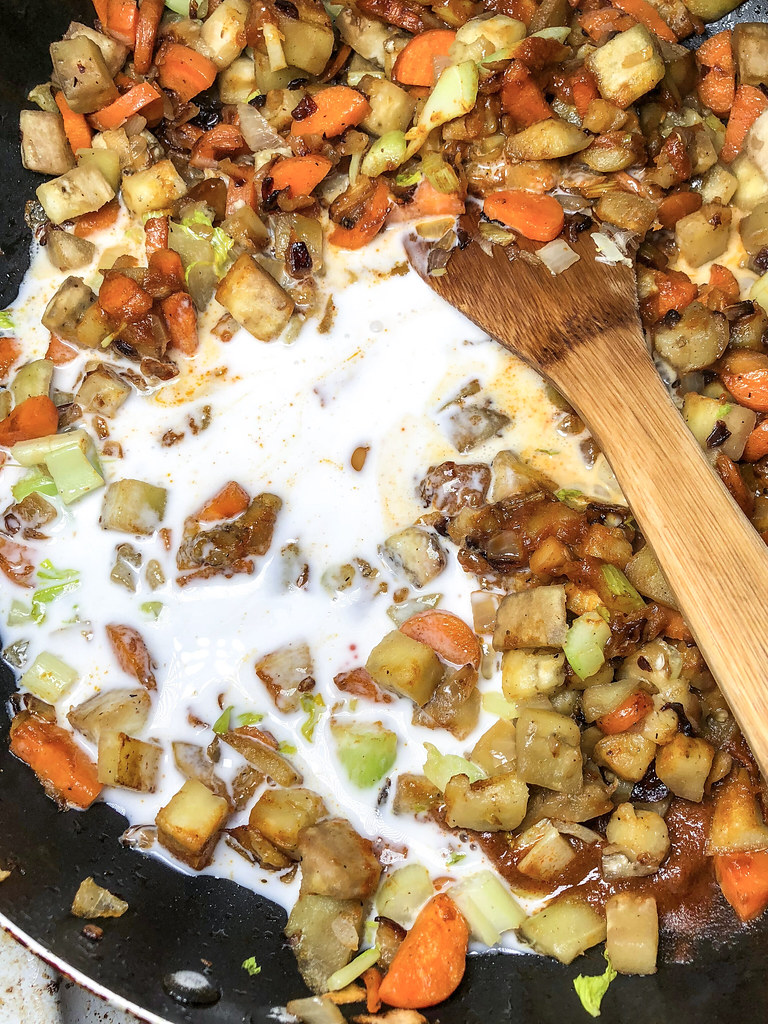 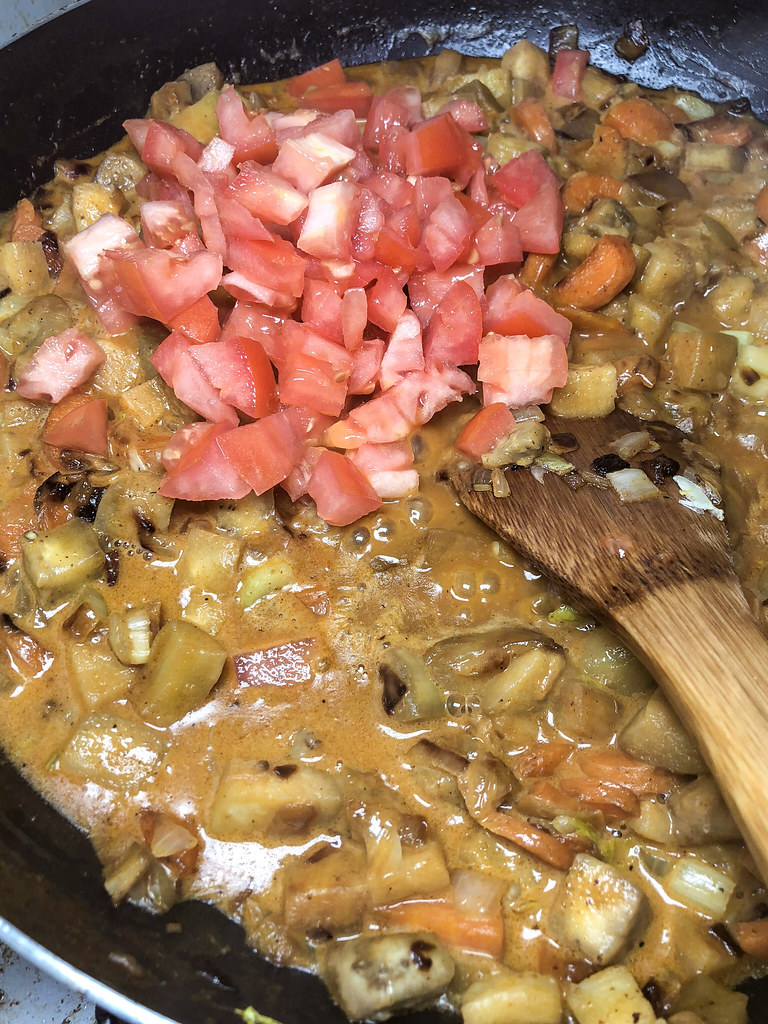 About 10 minutes after, the eggplant pieces should have browned up against the pot. Add the coconut milk and chopped tomatoes and stir. 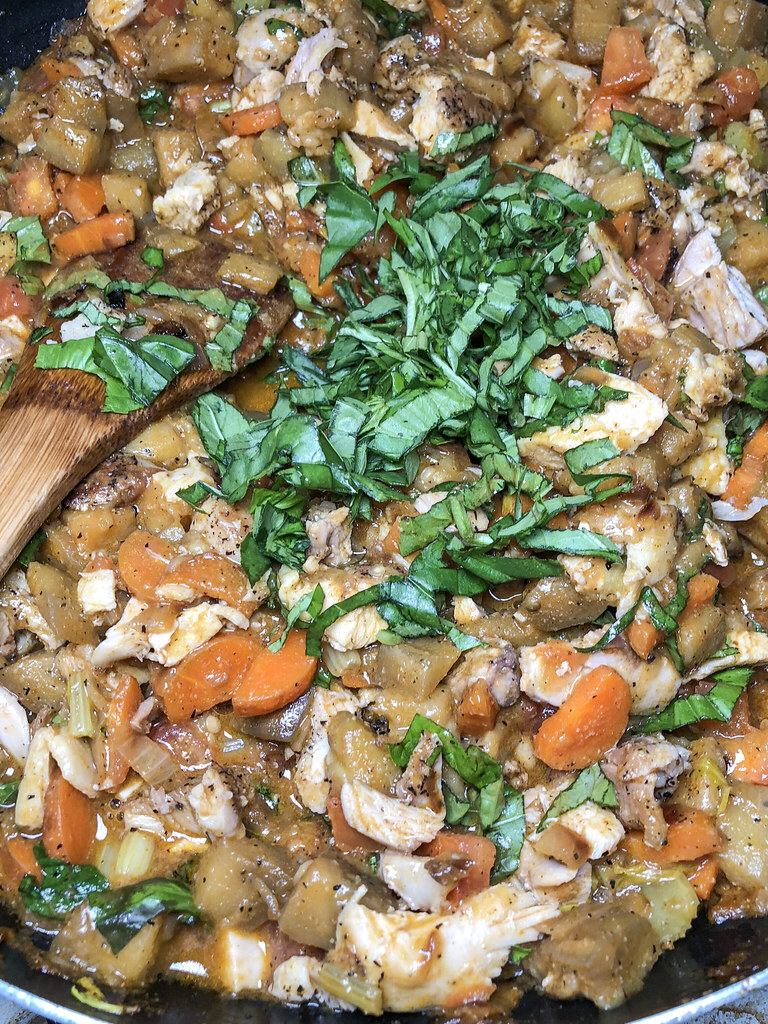 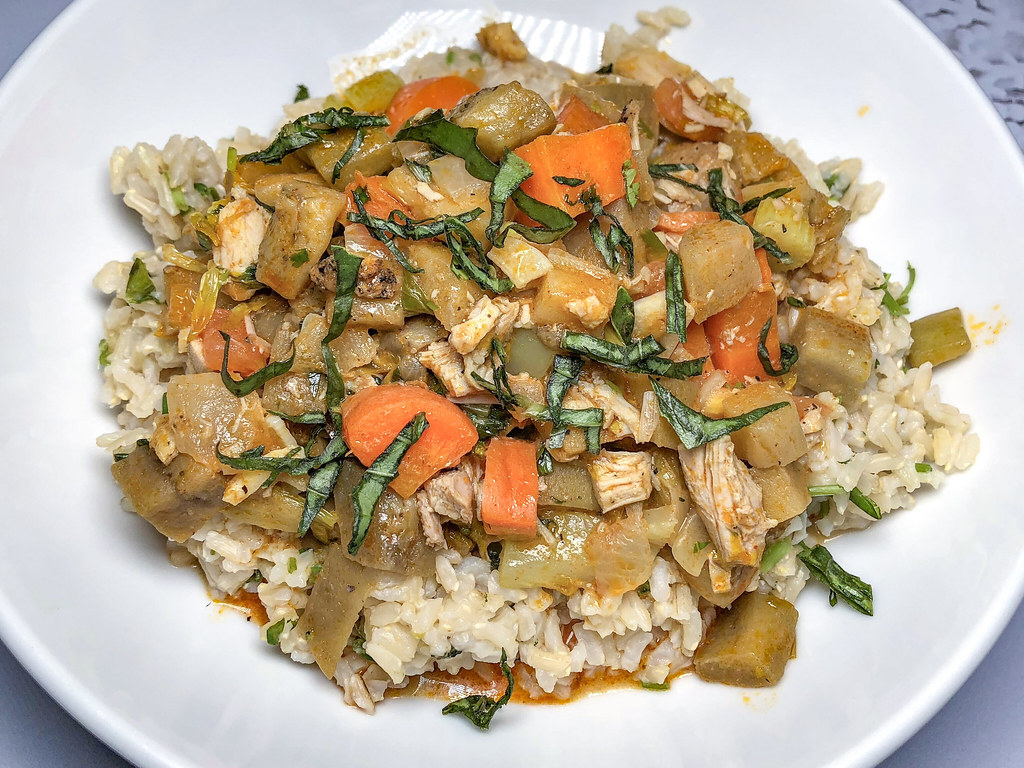 Serve on top of rice of your choice. There is a good amount of liquid to be sopped up, but totally delicious. I know I keep using the jarred curry sauce, but it’s quite useful especially when in a pinch.