Stephen, my boyfriend, got me an Instant Pot for Valentine’s Day. Why? I have no idea. Maybe because he heard me mention my mom had one and that she loved it. Other than that, it’s something I knew very little about and kind of really didn’t want to. Pressure Cookers scare the shit out of me (thank you, This is Us). So I was sort of like… thanks for this weird killing-machine babe. 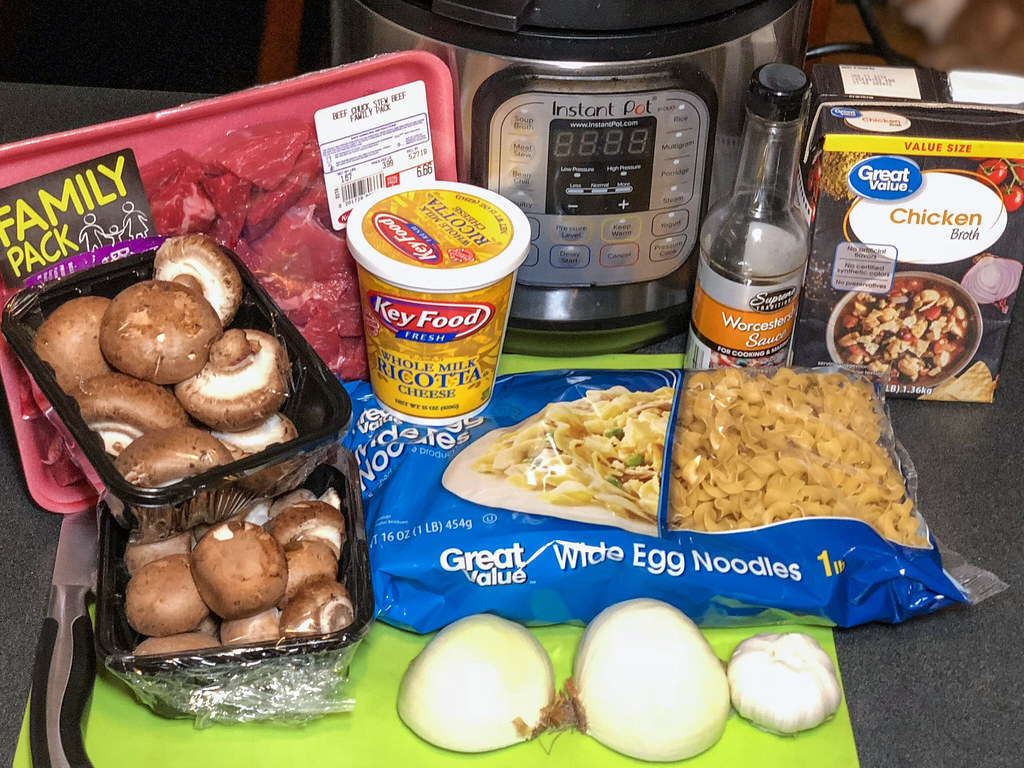 Needless to say, I didn’t even open the box for an entire month I was so terrified I’d blow up the apartment. After reading more about it and hearing other friends fawn over theirs, I felt comfortable enough to finally open the damn box. I wanted to show Stephen I appreciated his gift, so I found a few recipes for Beef Stroganoff and tried to combine them into one. 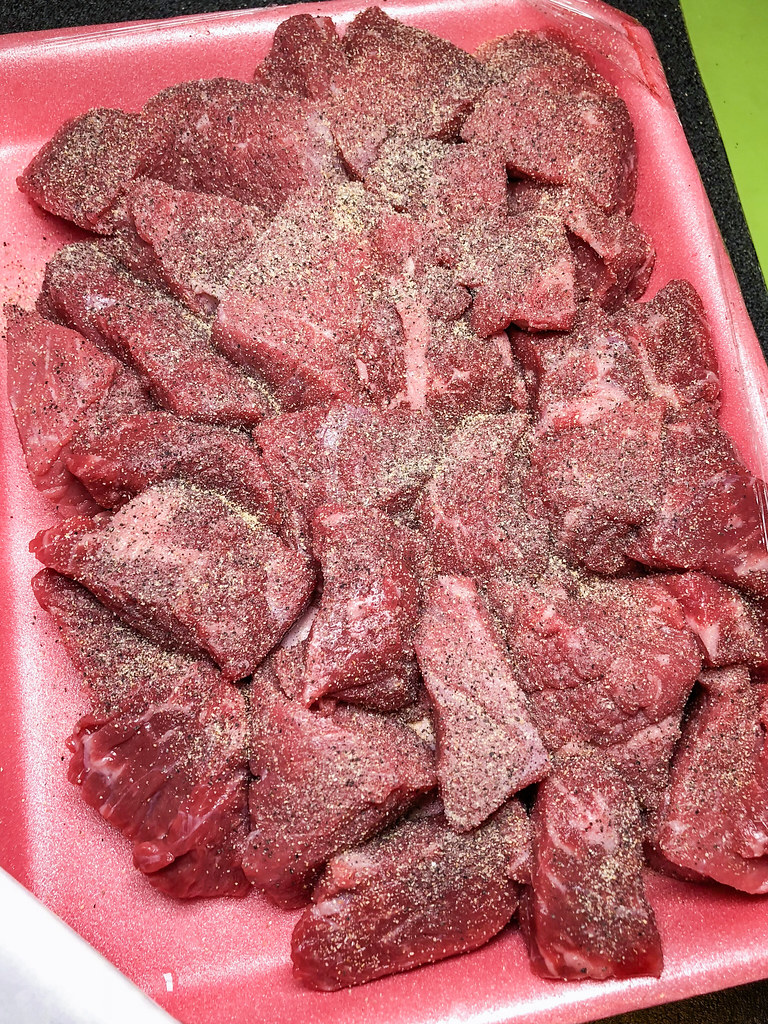 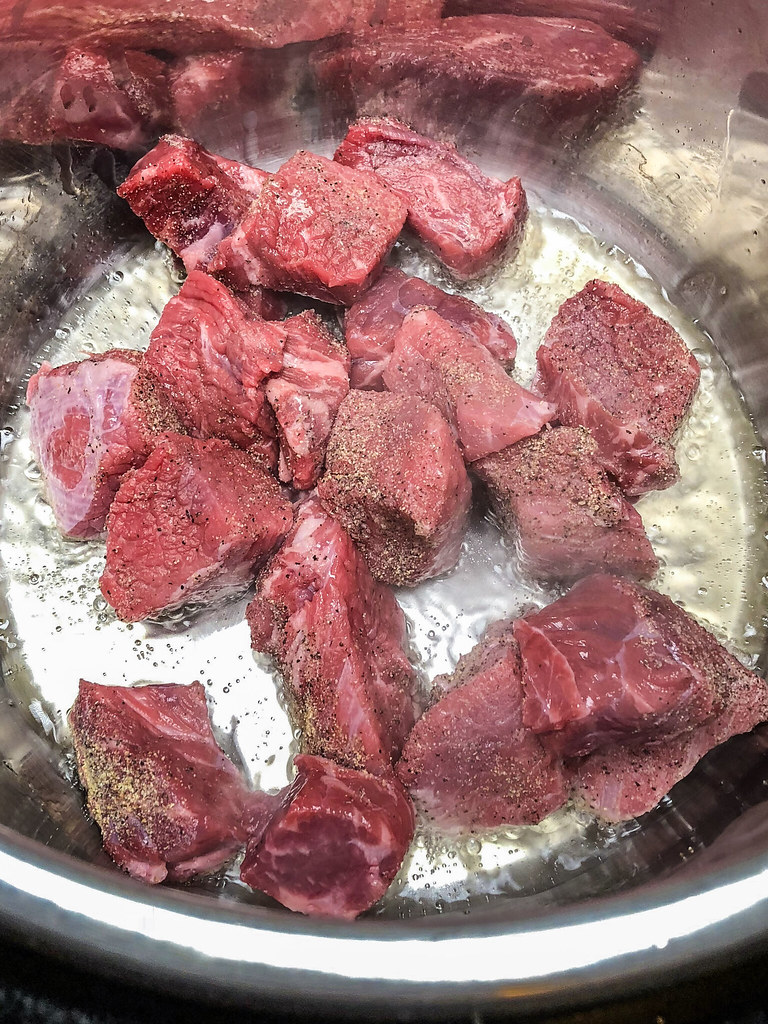 The cool part about an Instant Pot versus my Crock Pot is that you can actually sear the food in the same cooking vessel. I browned the beef on high for a few minutes until each side had a nice exterior. You’ll likely need to do this in batches, as the surface area of the IP is a little smaller than usual cooking pans. 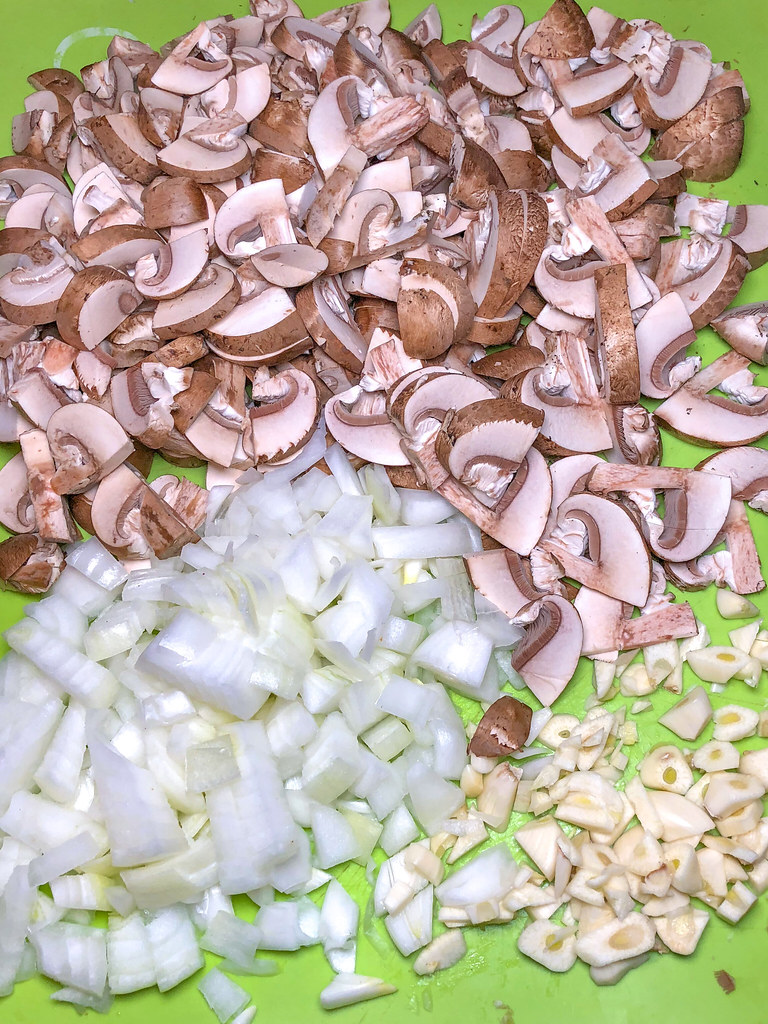 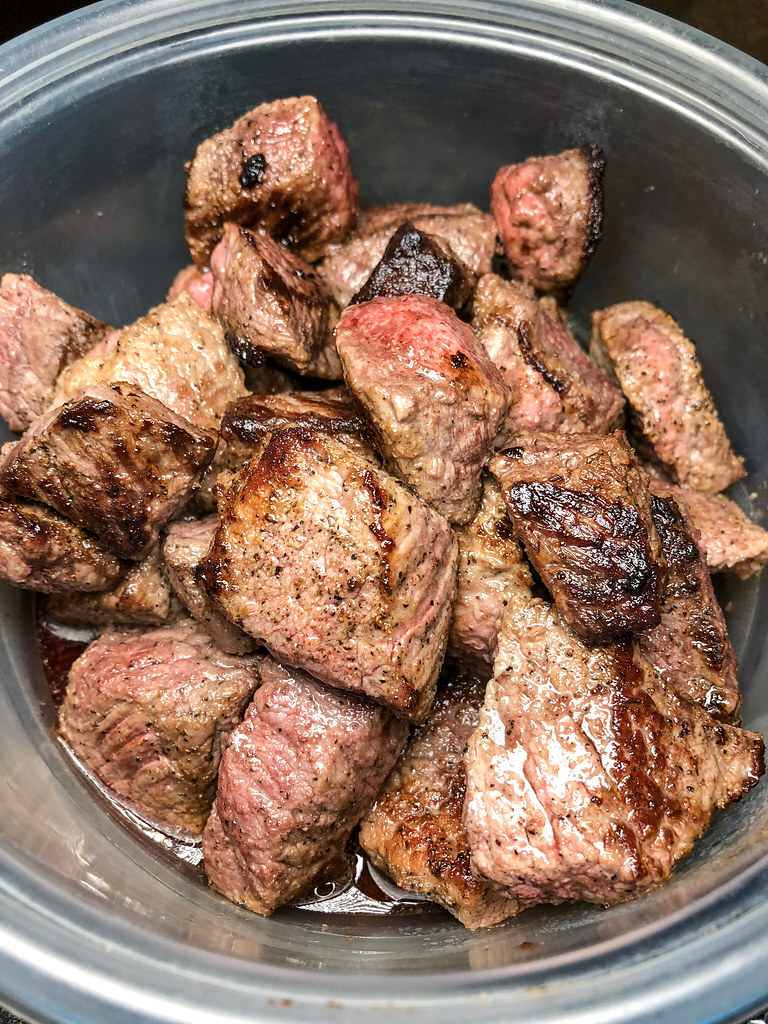 Remove the meat to side, and prep the veggies. Again, since I’m referencing so many different recipes, I was basically just winging this. My meat pieces here ended up being too large so I had to later chop them to smaller pieces. Def recommend reading through this entire post before blinding following my directions. 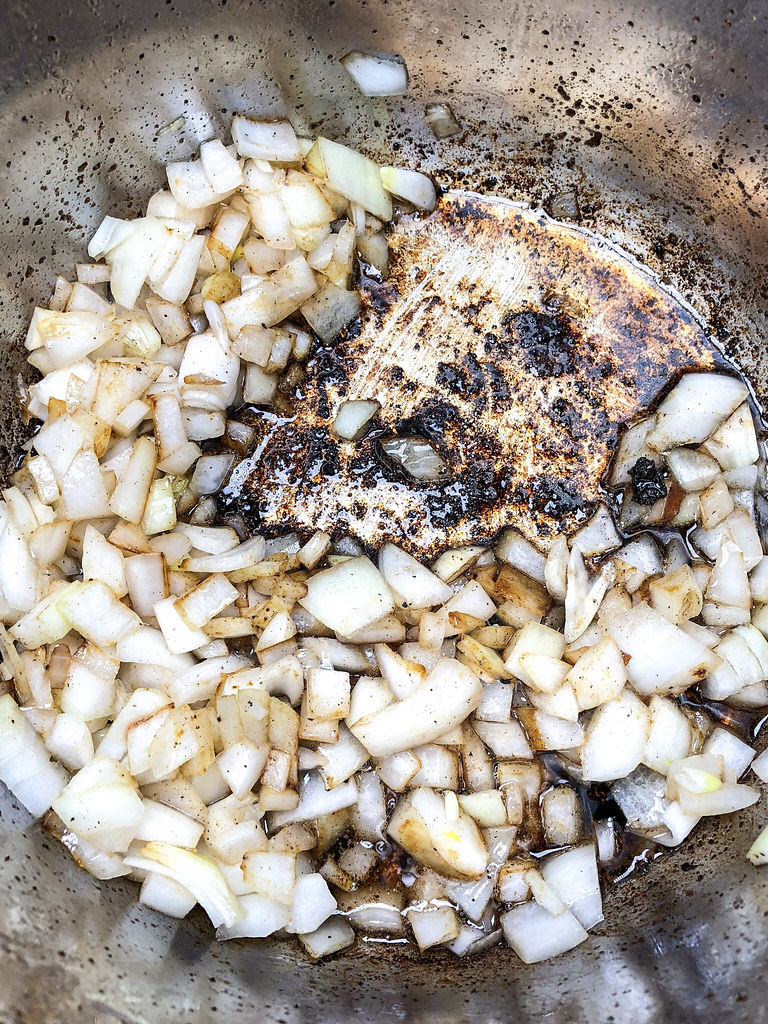 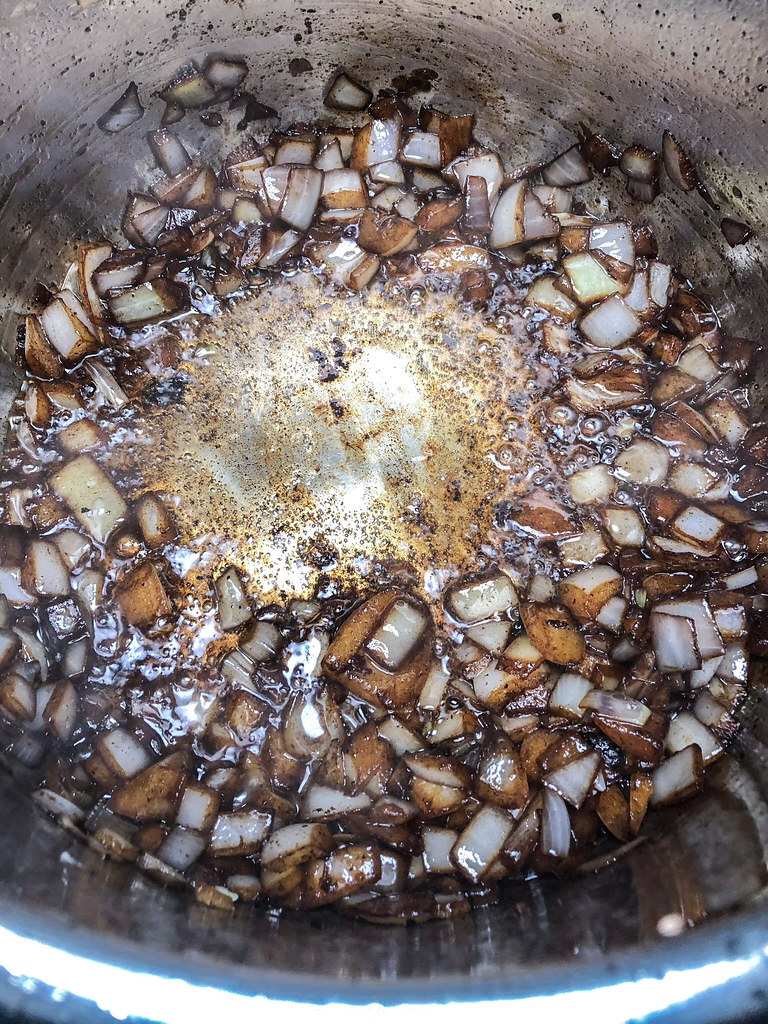 In the drippings, saute the onions on medium so it can pick up most of the fond. The next step will definitely help with anything remaining on the bottom of the pot. 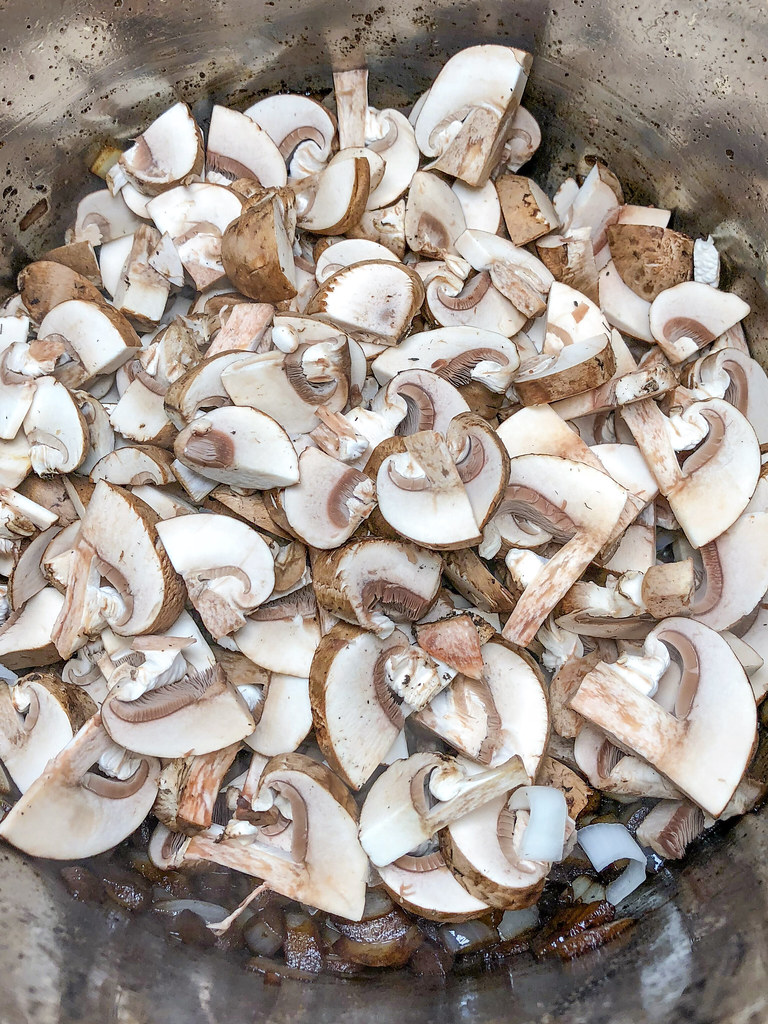 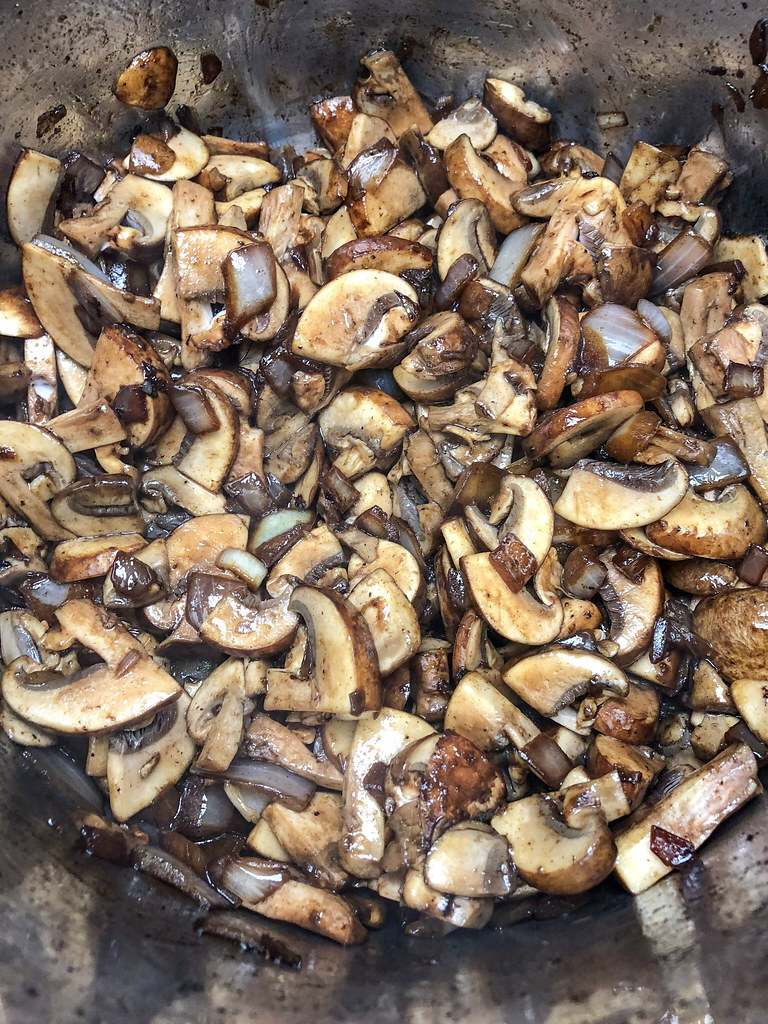 Then add all of the mushrooms. I know – it looks like a lot, but it’ll shrink down to not even half that amount. And in doing so, it’ll release a ton of liquid to pick up all the tasty meat pieces leftover. 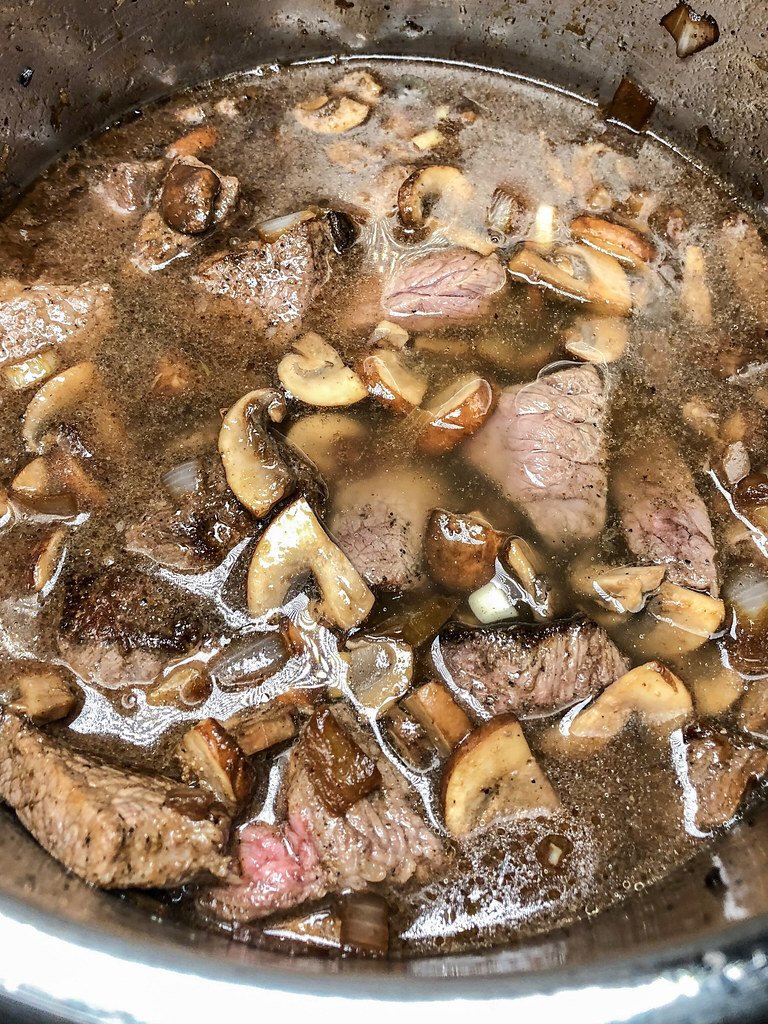 Return the meat (and any residual juices) back into the IP with the onion and mushrooms. Now is the part where I went rogue and stopped following other recipes (trust me, it still came out good). Add the stock and seasonings, turn the High Pressure on for 20 minutes, and pray to the IP Gods that you don’t blow up the apartment. 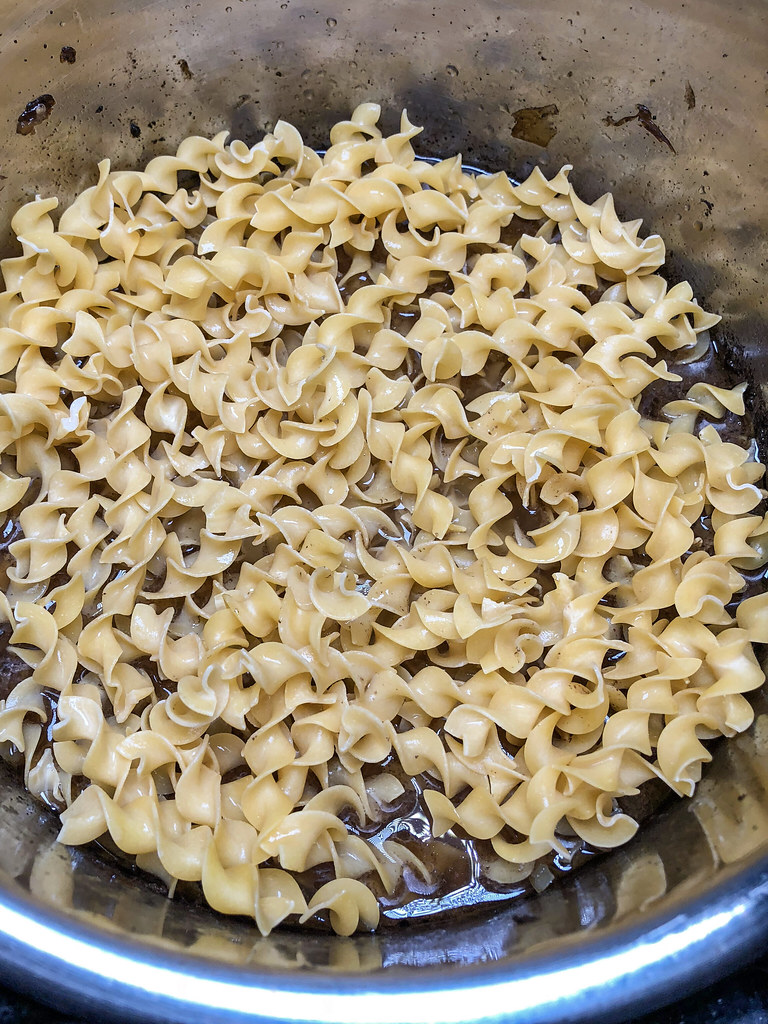 After the 20 minutes, the meat came out extremely tender, but the sizes were just too big to eat. Note for future – def either chop meat first or buy smaller stewing meat. I removed them to the side to cool so I could cut into smaller pieces.

This is the part that veers away from my usual recipes and utilizes the Instant Pot itself. In the remaining liquid (now that the meat is out), throw the egg noodles on top and DO NOT MIX. I read like 20 different pages how to handle cooking pasta and each one highly mentioned this (so thank you guys). Literally just slightly submerge the noodles – it’ll work, I promise. 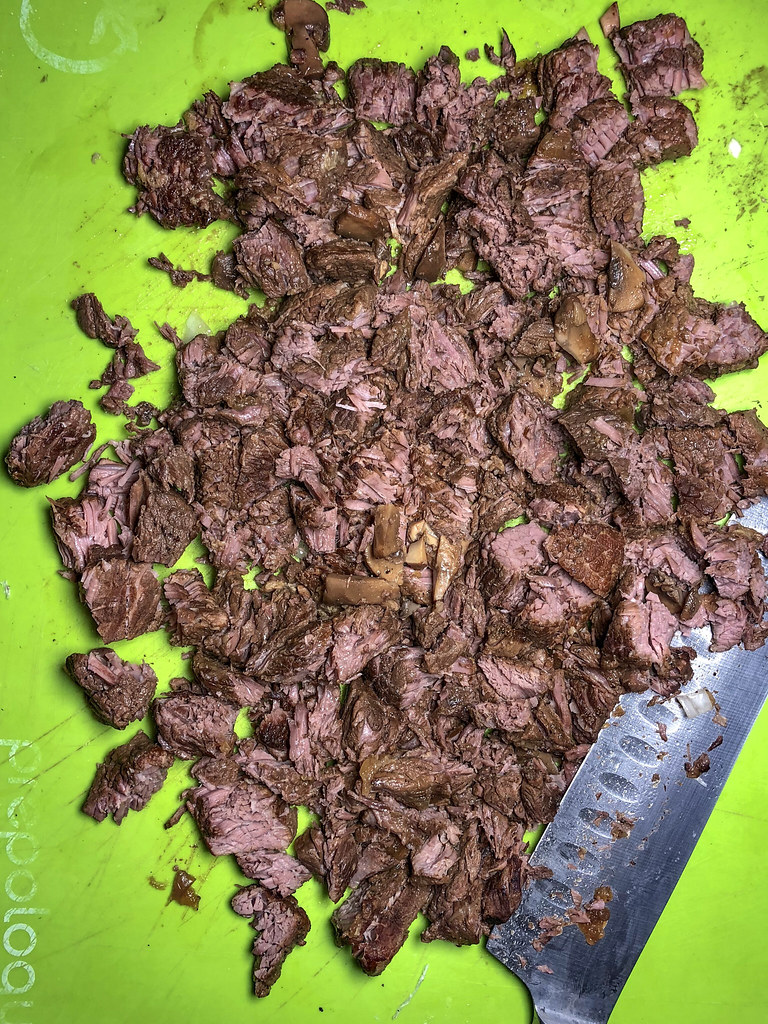 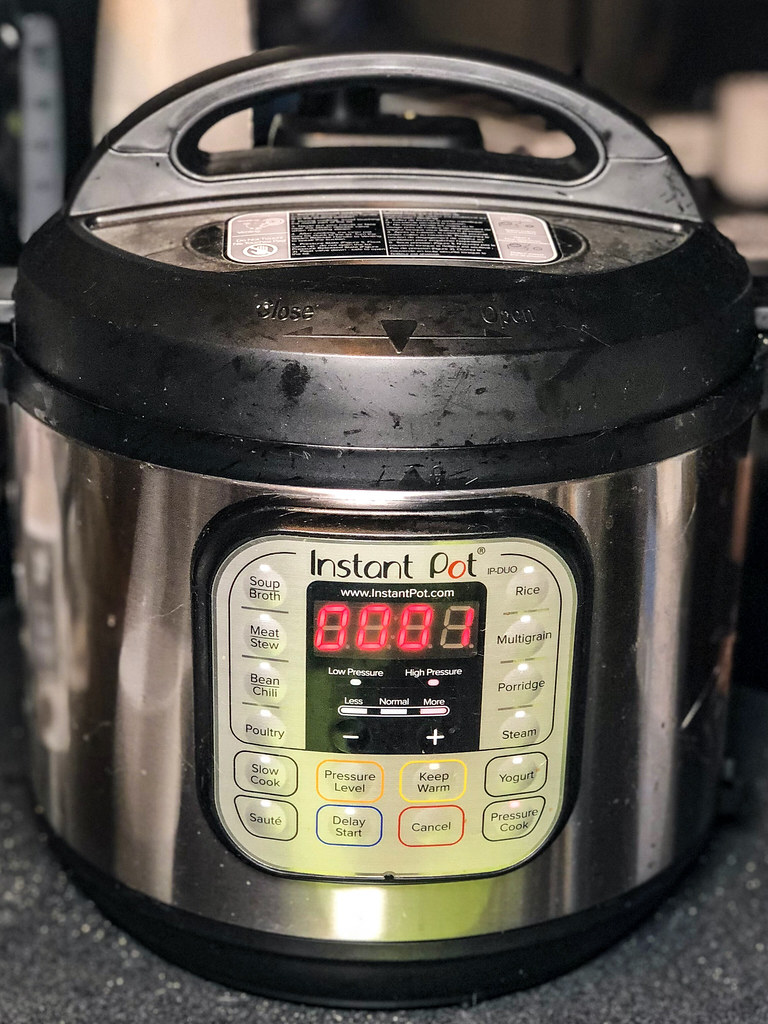 I set the IP for High Pressure cooking for 1 minute. Yes, really. Also note it is egg noodles and needs less time than regular pasta. A highly mentioned formula is this:

Take the amount of time the directions on the box states (let’s say 12 minutes for spaghetti), divide by 2, and minus one. So only 5 minutes in the IP on High with liquid. 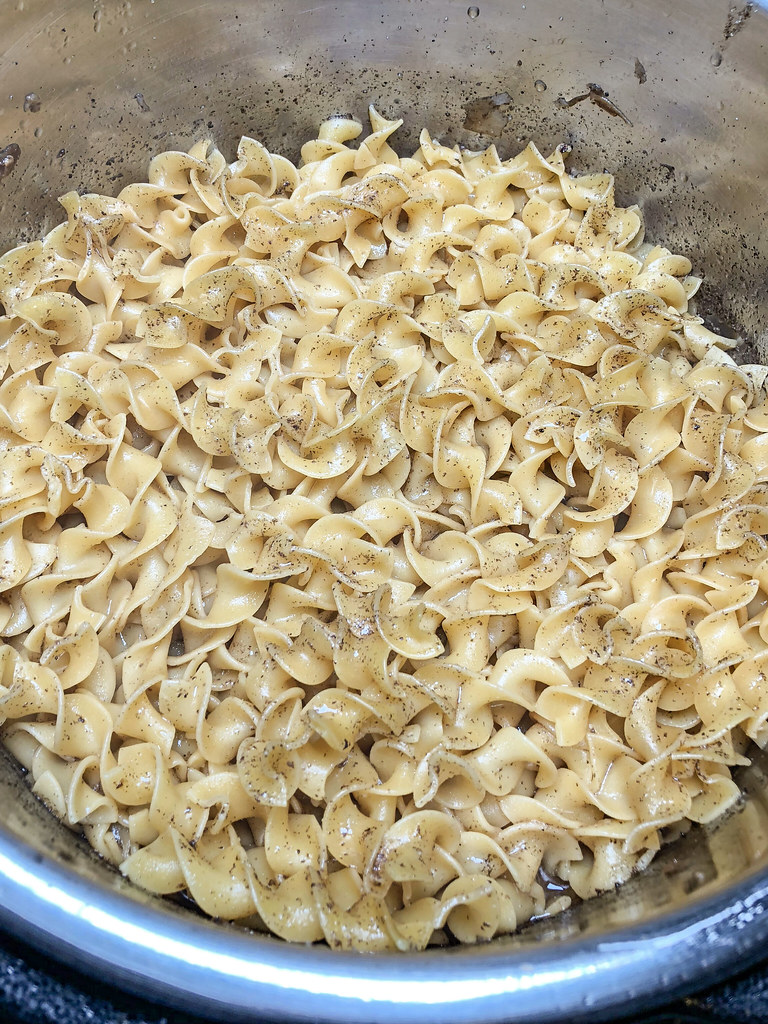 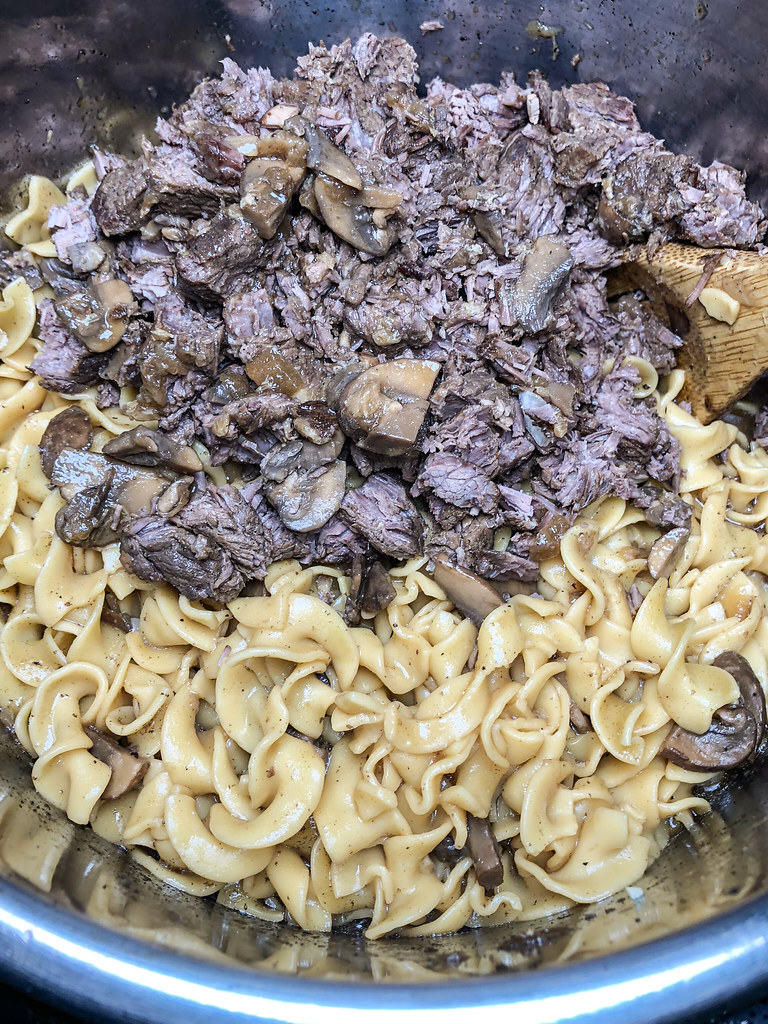 The egg noodles came out so fluffy and perfectly cooked. I added the now chopped beef back to the mixture and stirred everything together. 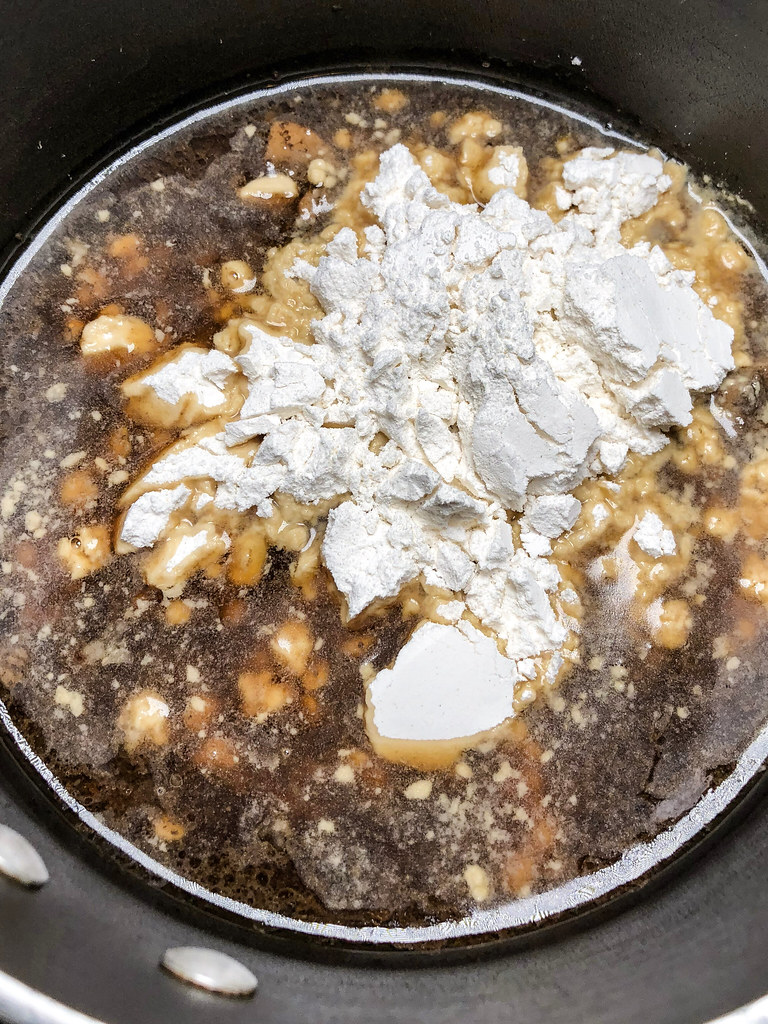 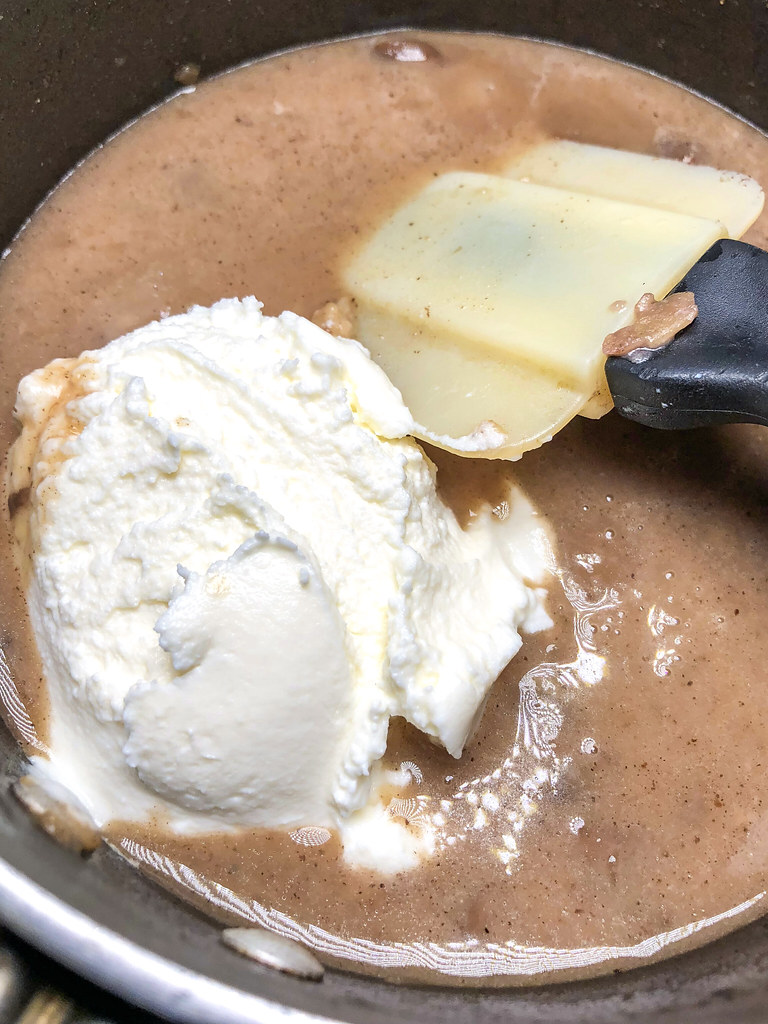 As instructed by many websites, do not put dairy in the IP on any Pressure or it could curdle. So this lead me to making a side sauce with ricotta (opposed to sour cream) and mixing in after. I think it did the best job on bringing the creamy sauce required for Stroganoff without having thick chunks of it throughout had I just mixed it straight with the noodles. 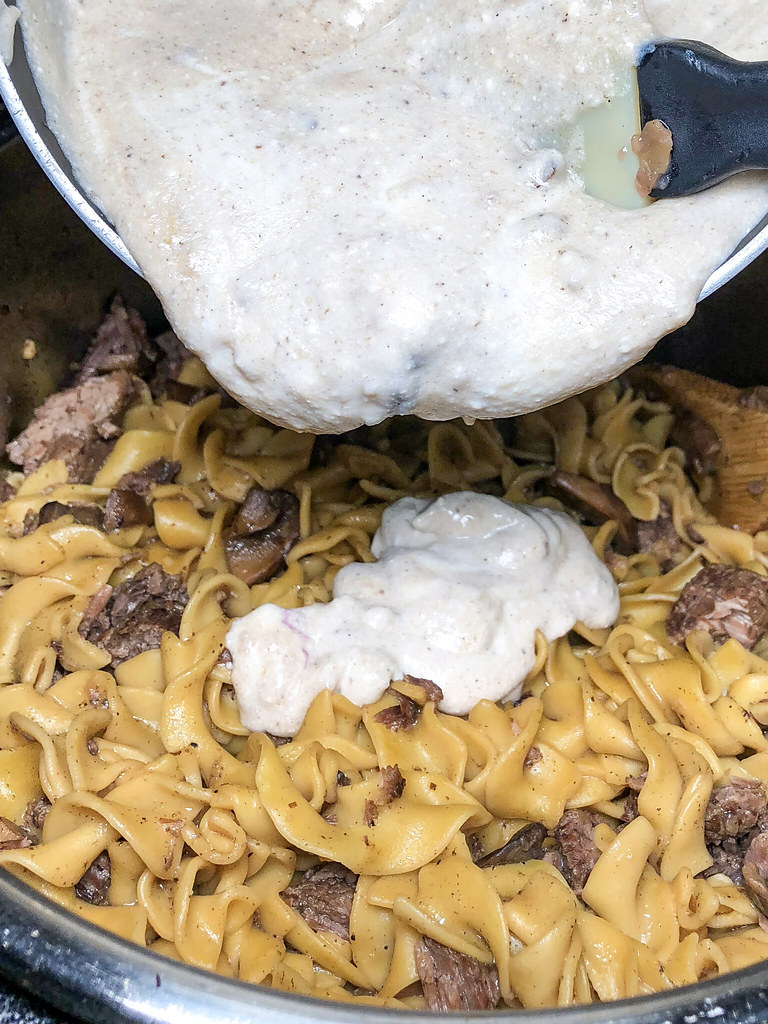 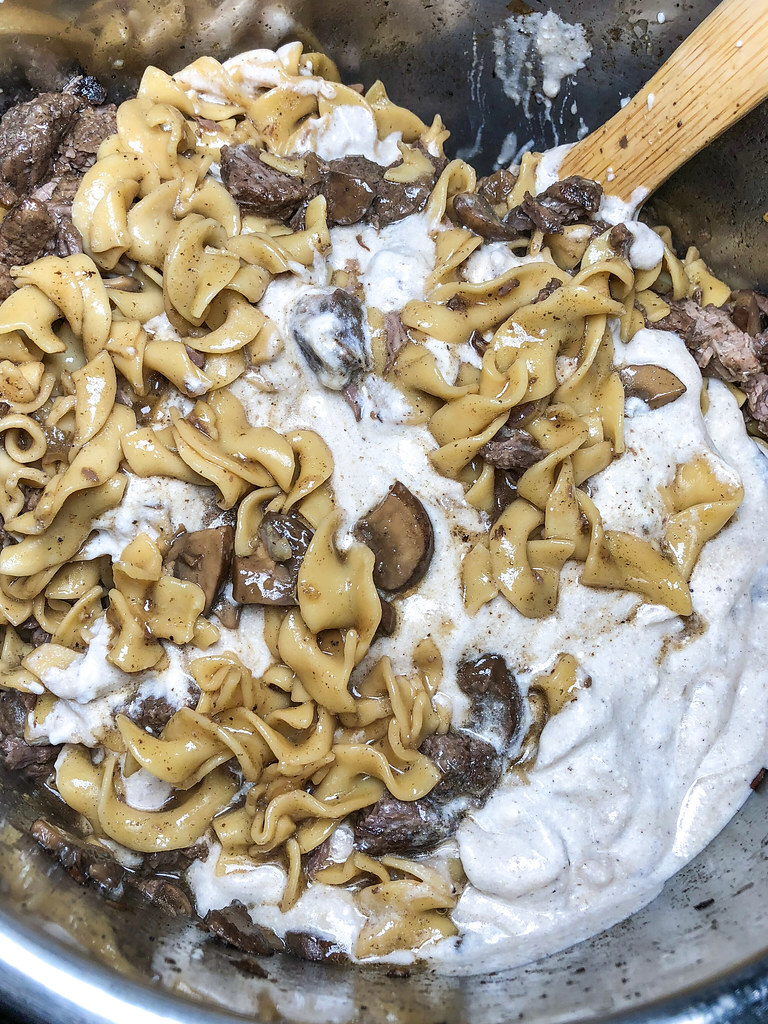 The ricotta cheese was added to the roux I made from the beef liquid, and melded perfectly into the pasta dish. Only a quick stir was needed to have it evolved into a solid dish. 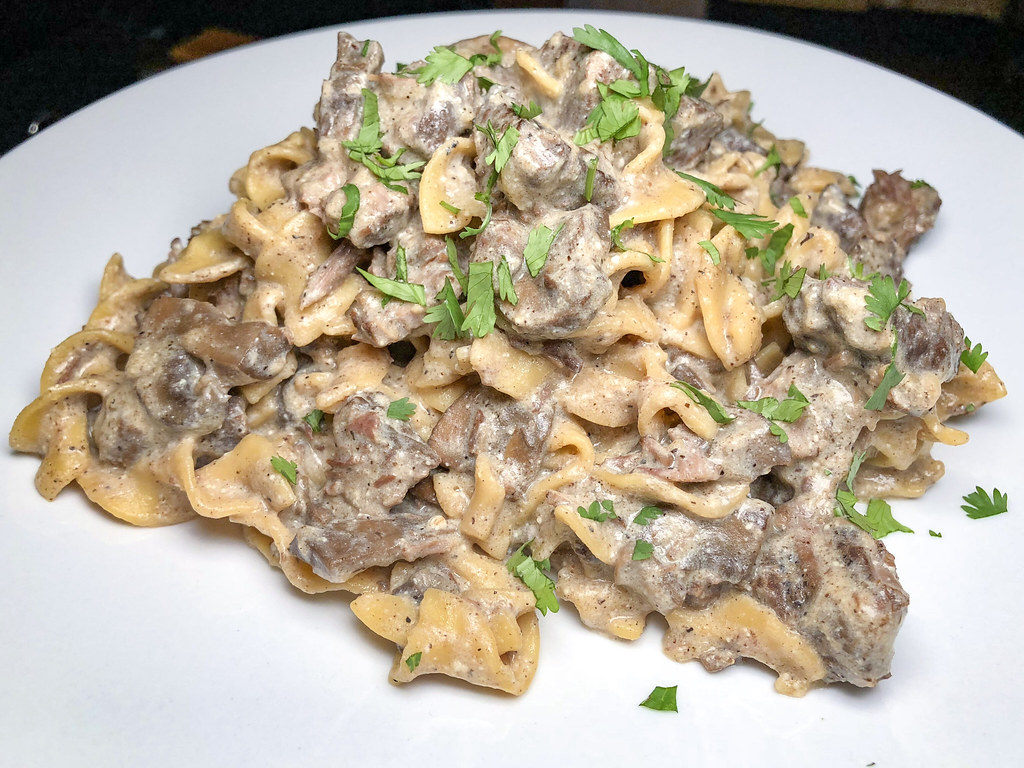 Was it extra work? Yes. Especially with it being some fancy Instant Pot machine meant to quicken the process. But was it also my fault for choosing this? Oh hell yes, and I’d do it again. That’s how I roll. 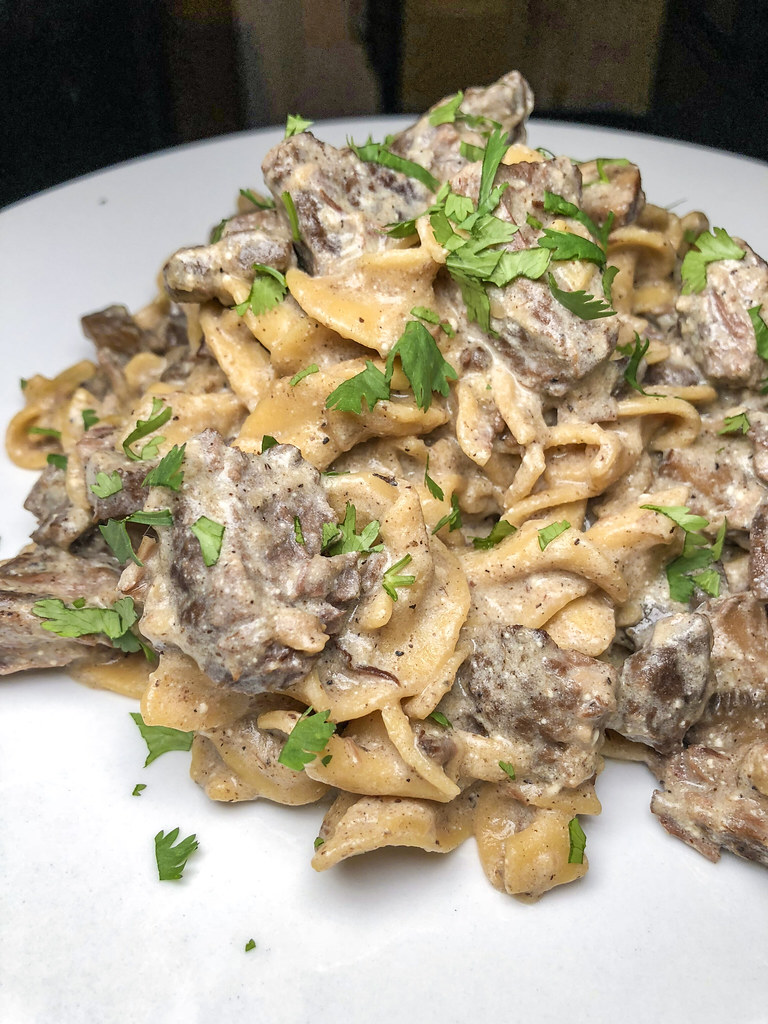 Realistically it would have taken me even longer to make this meal had I not used my IP, so yes I’m grateful for that.

Should I have found an easier dish to make for my first IP experience? Duh. *Def don’t recommend for other IP-virgins for their first go around.*