When we visit Stephen’s parents on Long Island, we occasionally take a side trip to other destinations in the area. Let’s be honest, getting anywhere from NYC to east Long Island is a major bitch. Luckily, the drive from where we stay on LI to, let’s say, Port Jefferson isn’t too bad. We made a day trip out of it. 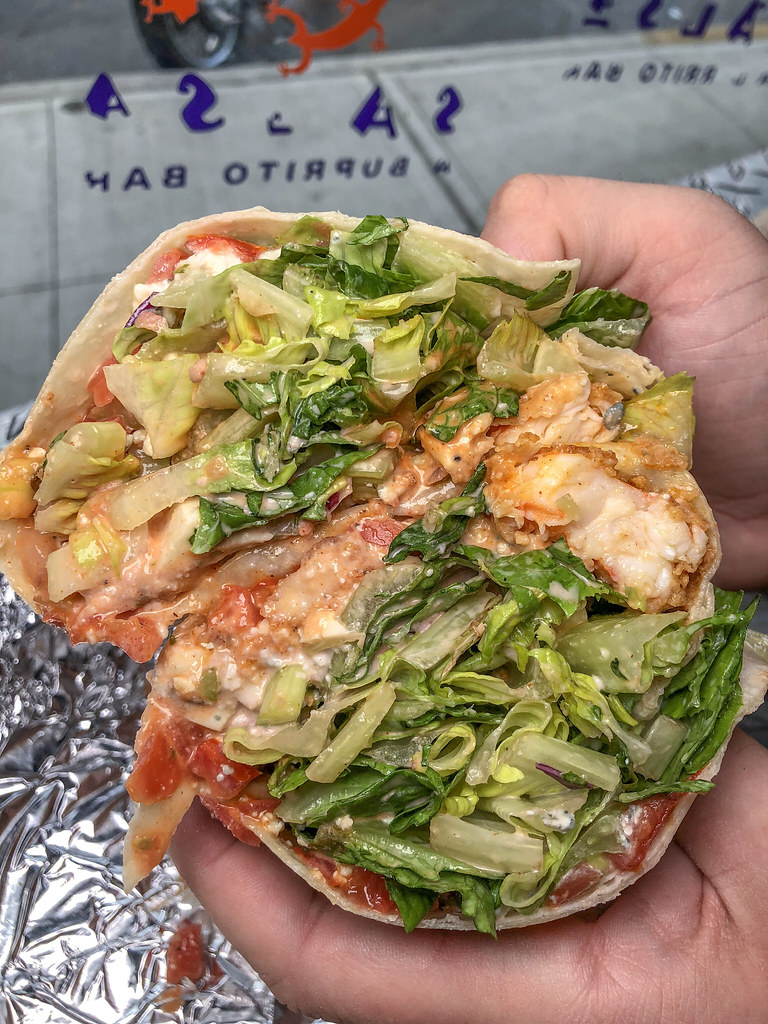 Salsa Salsa in Port Jeff is a major memory of mine, as I went to college at Stony Brook University nearby. Although the Smithtown location was more of a go-to of mine back in the day, the Port Jeff location is much more ideally located. 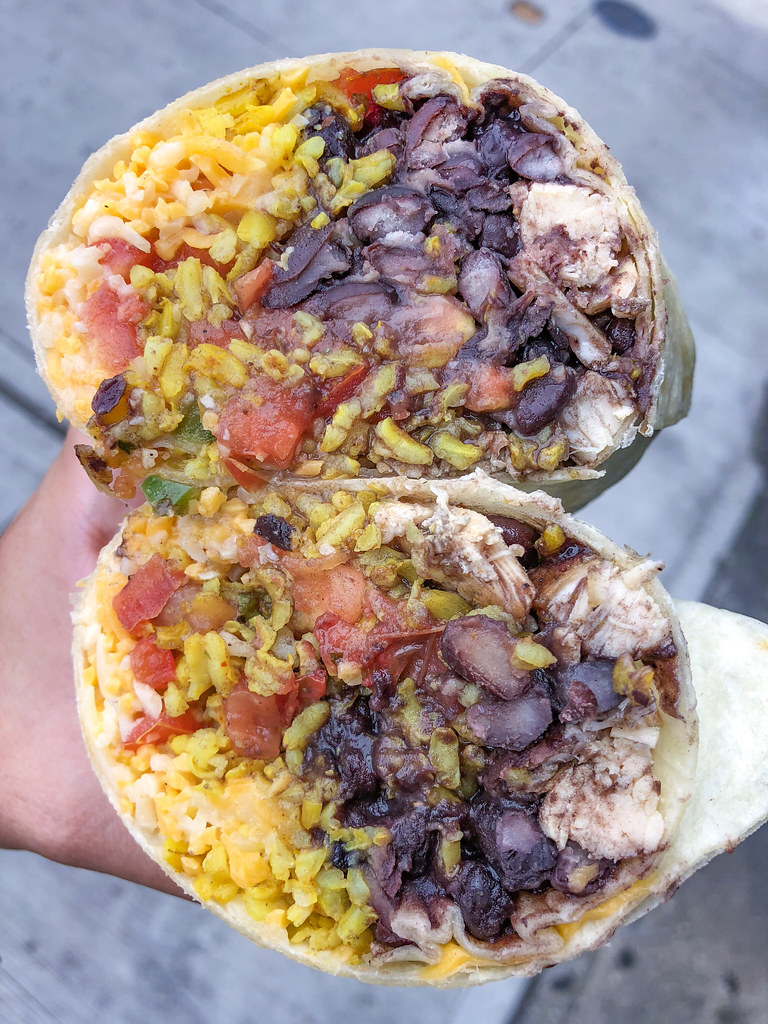 Stephen got the Original Burrito but with chicken – brown rice, black beans, jack and cheddar cheeses, and salsa fresca wrapped in a warm tortilla. Don’t get me wrong, it was good. I just felt that the rice and beans overtook the entire burrito and I’d like more cheesy goopy-ness to it. 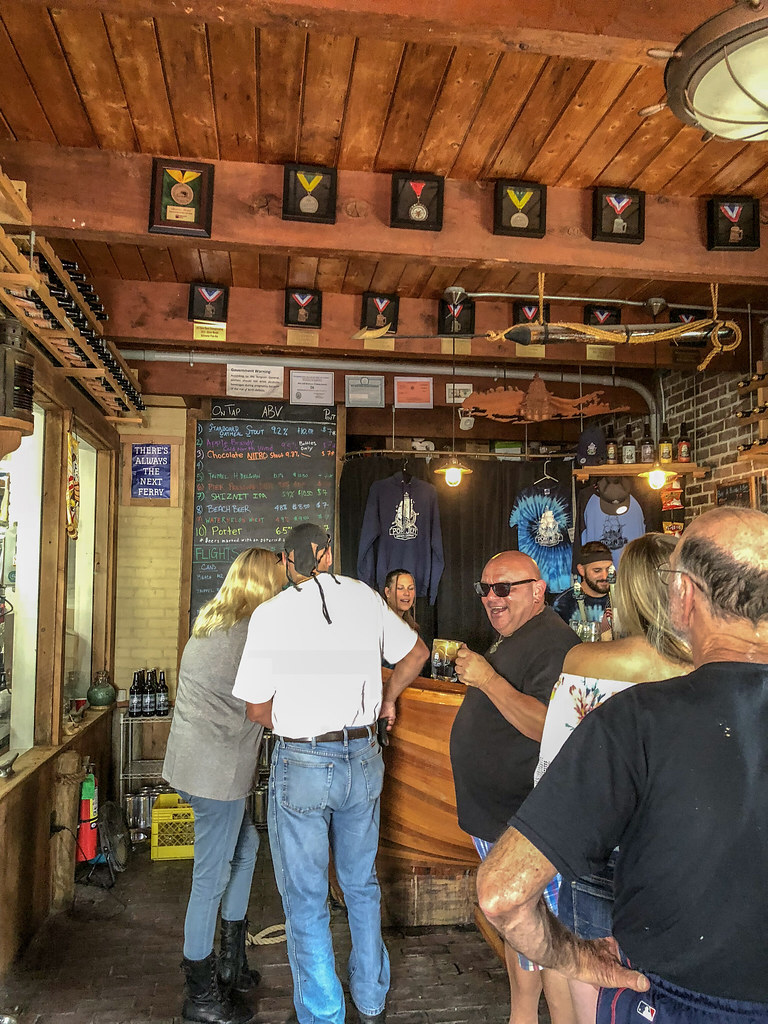 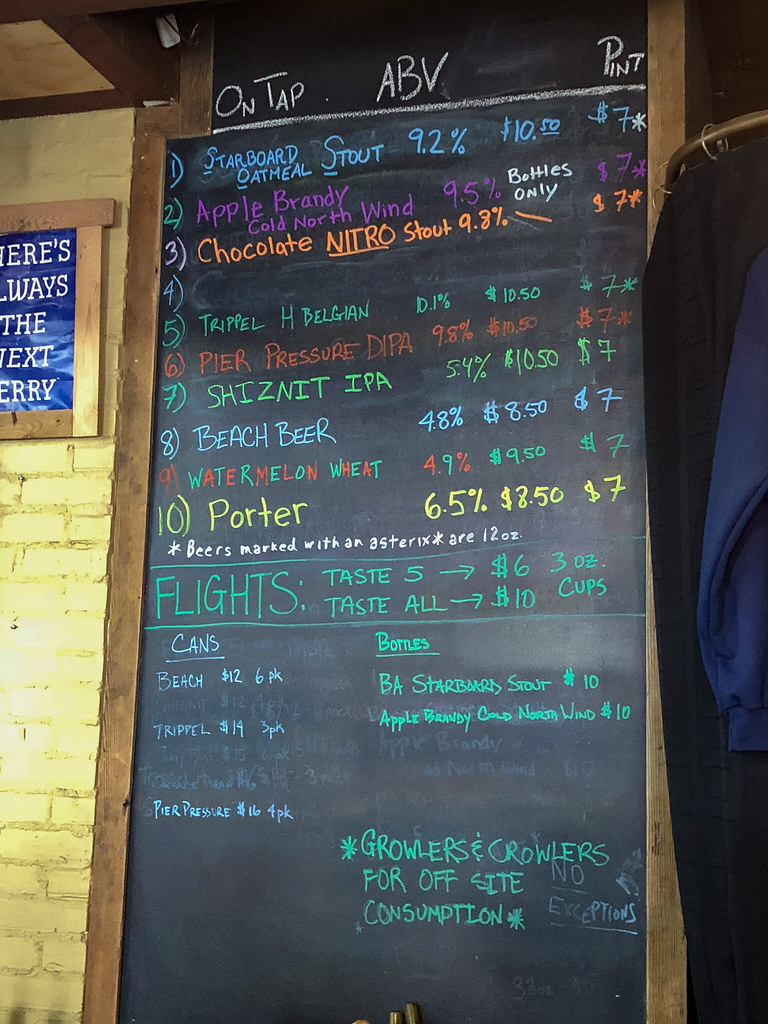 Down a few blocks we wandered into the Port Jefferson Brewing Company. This somewhat small brewery seemed very new, but the place was extremely poppin’. I had no idea there was a microbrewery on the scene here. The drink menu changes weekly, and they continuously put out different draughts each week. 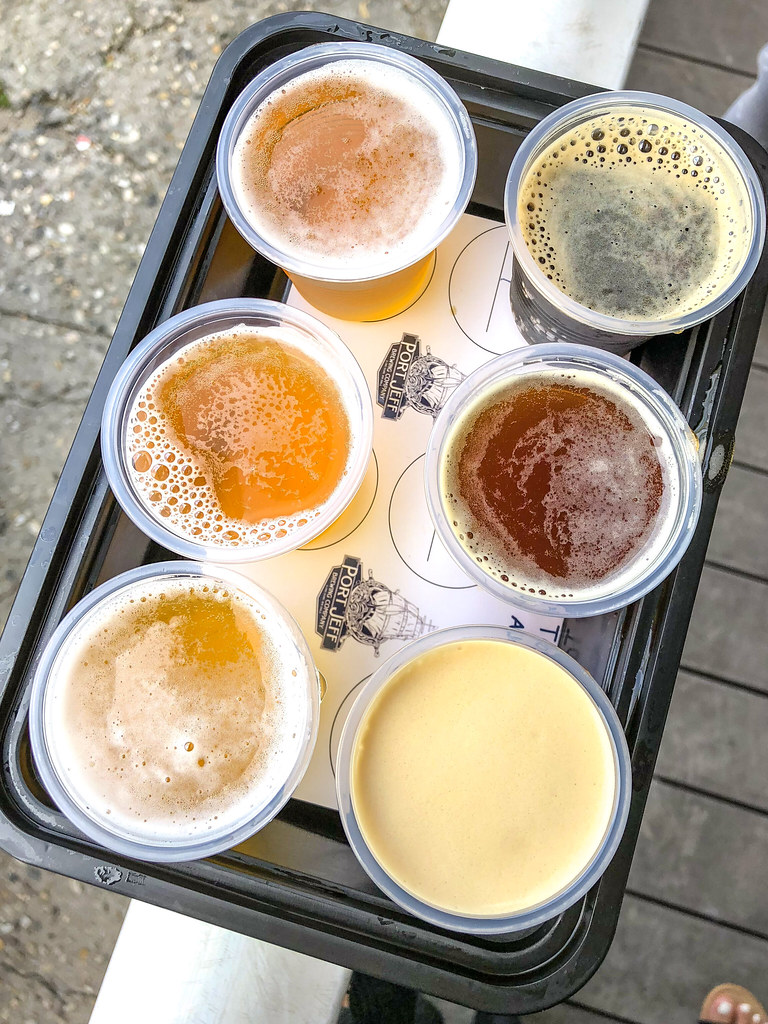 We got a little taster set, obviously. We preferred more of the hoppier, IPA-focused beers, but all of them as a whole seemed very on par. It would have been great if we could have brought back a growler of the Shiznit IPA, but that’s practically impossible to carry back on the LIRR then the subway. 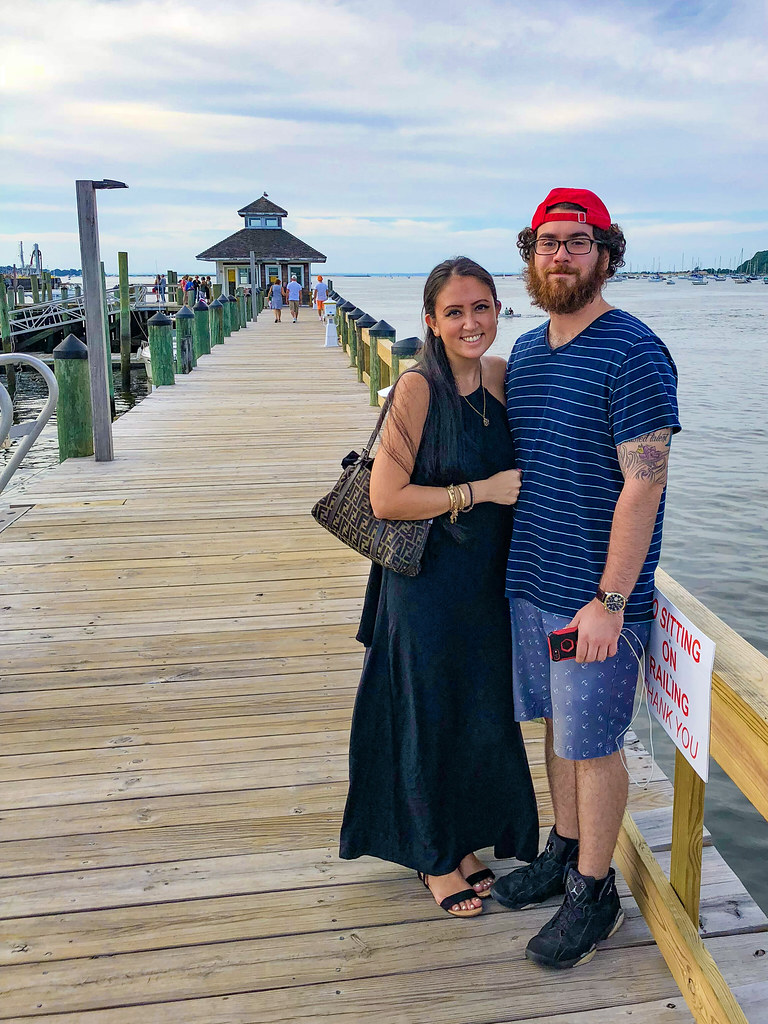 Rare occasion: a photo of both of us! But also proof we live normal lives and not just eat fat ass food all day.

Then we made our way to Little Vincent’s Pizza. It’s a local classic pizzeria with the usual late-night crowd coming for Neapolitan pies and cold-cheese slices. 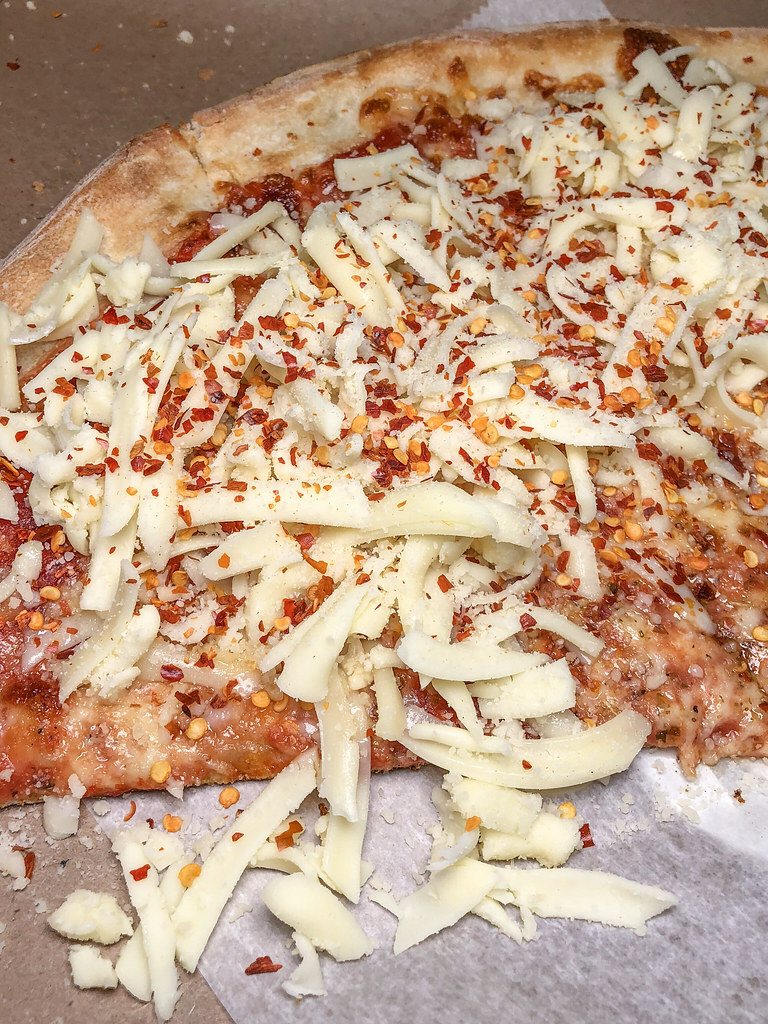 Yeah, you heard me – COLD-CHEESE slices. For whatever reason, the pizza itself is usually heated up (sans cheese), but before serving they top it with shredded mozzarella cheese. 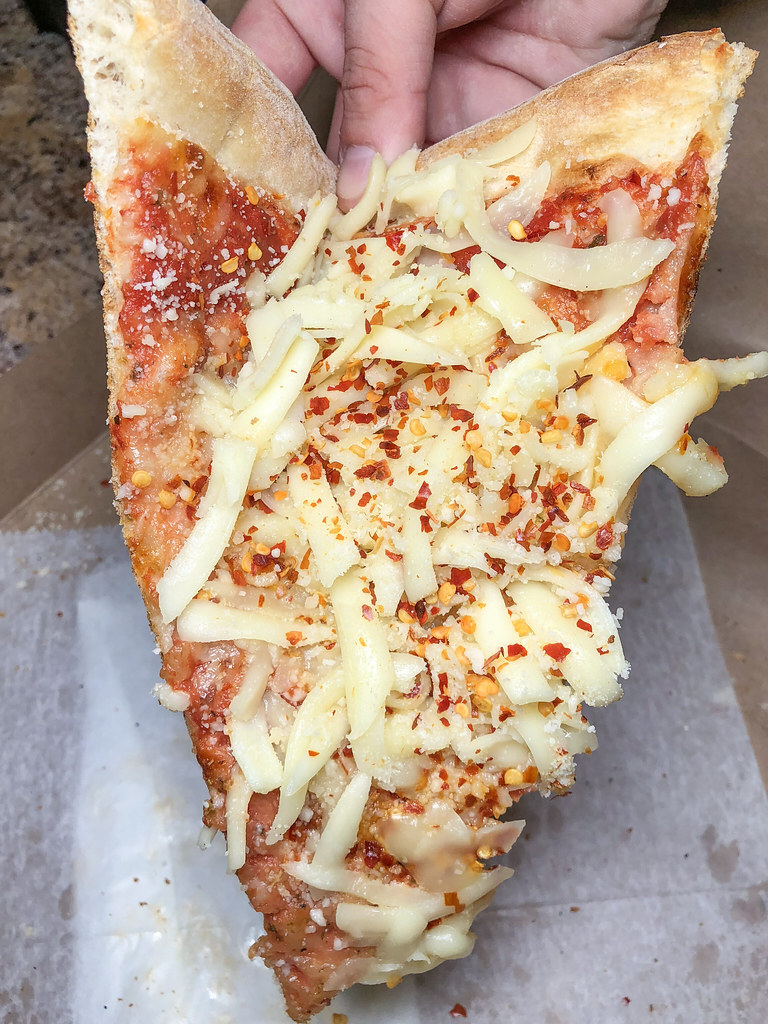 It’s a thing! I don’t particular care for it, yet I don’t dislike it. It’s just a “thing” they do there and people flock there for that reason. The sauce and crust itself isn’t bad, which is why I’ll continue to eat it. But otherwise … ehh.