Social media is a great way to get inspiration for new dishes to try. I personally love quick one-minute video pages on Instagram or Facebook just to get the gist of what the recipe is about. Rarely do I actually go to the page for further information on ingredients or instructions. This dish is one of those I-think-I-saw-this-somewhere recipes. 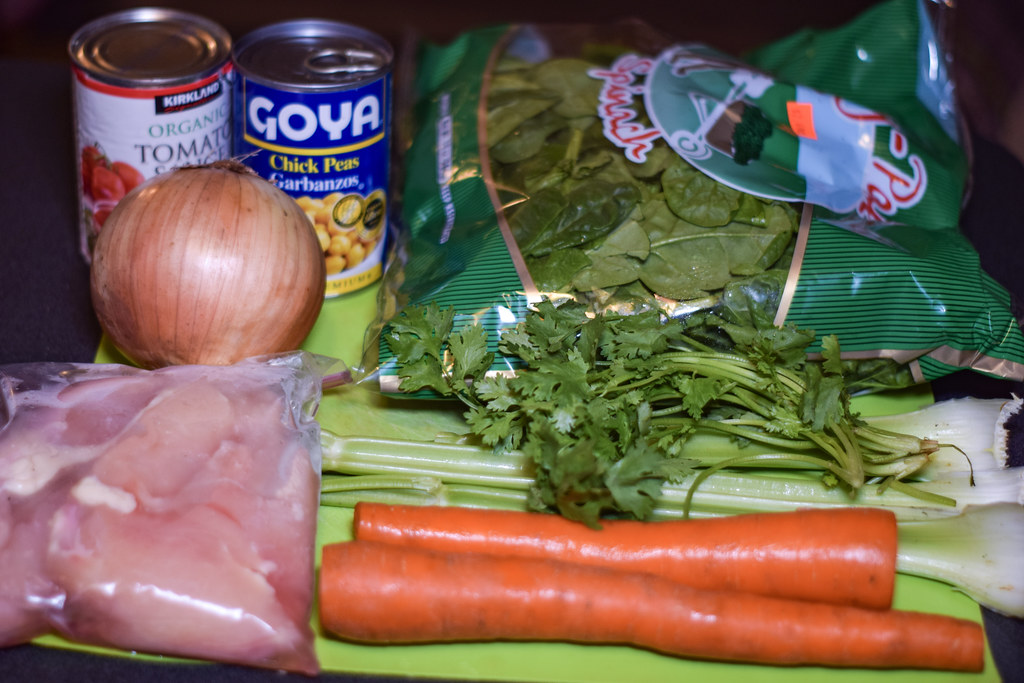 I can’t remember exactly where I saw this, but it was some type of chicken soup/stew with vegetables, specifically chickpeas and spinach. Figured I’d take a stab at it. 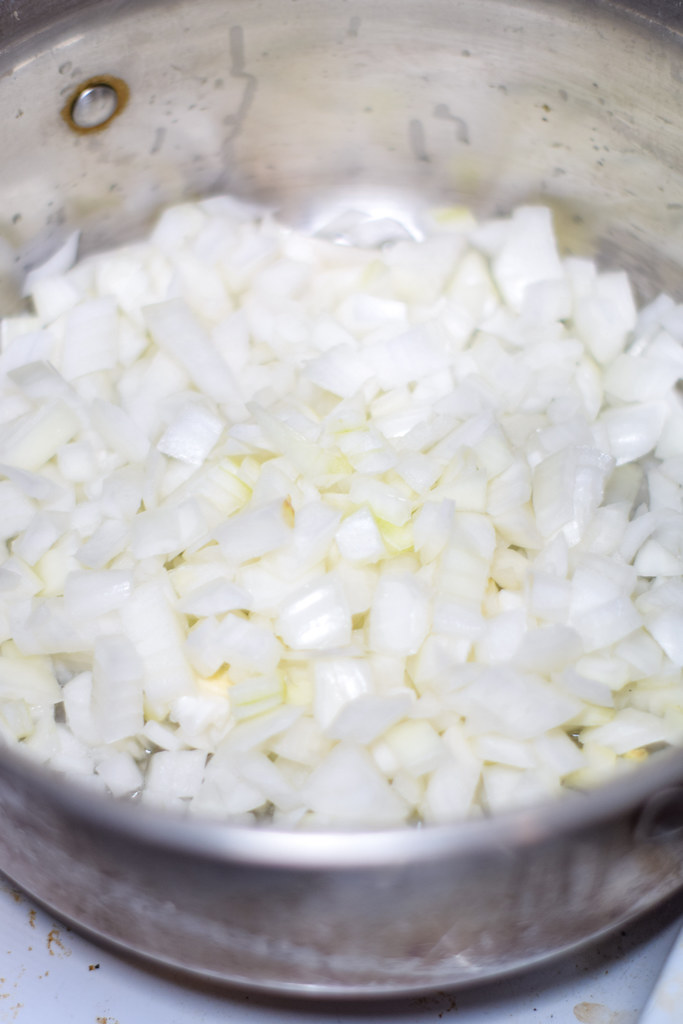 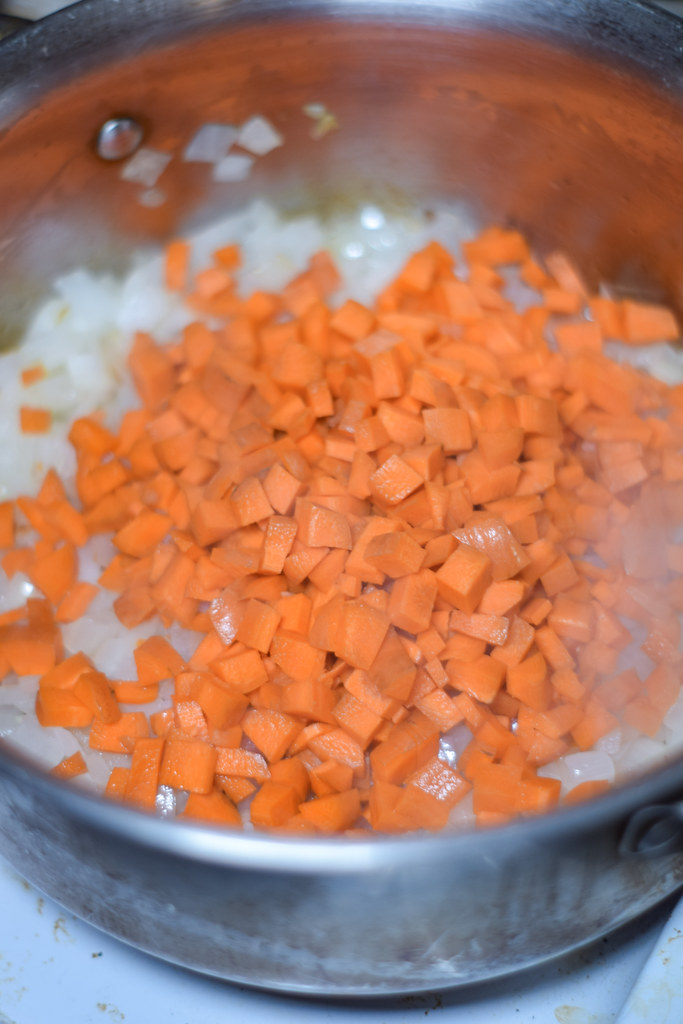 As with anything I make, it typically always starts with onions. I sauteed them for a few minutes until they started to sweat, then the diced carrots. 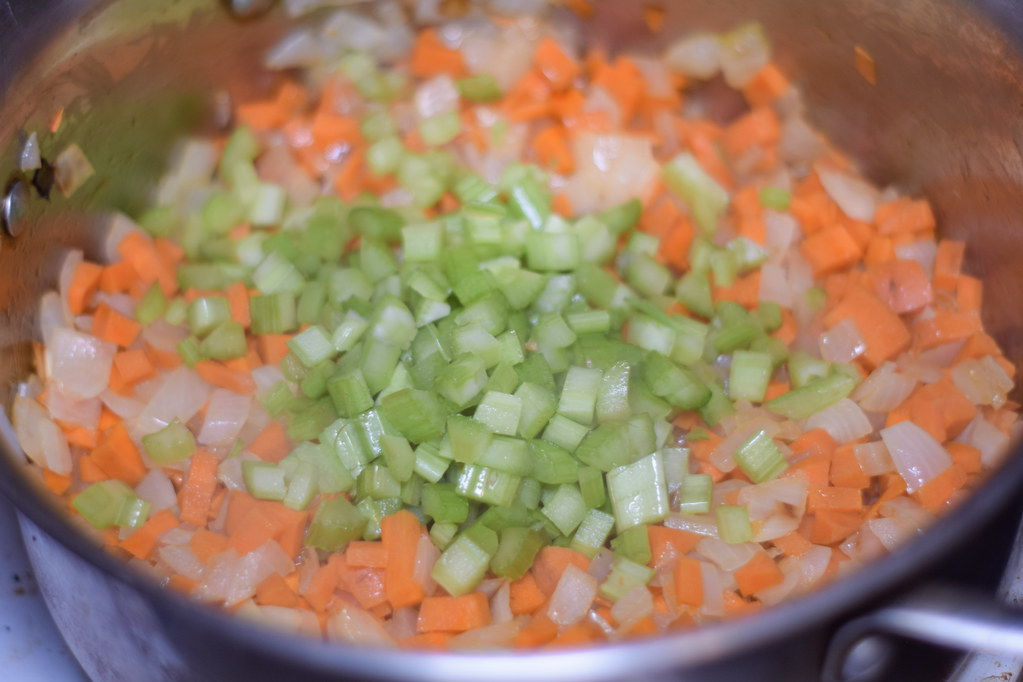 A few minutes later then the celery was added. Have to make sure that the pot is continuously stirring – you don’t want anything to stick to the bottom. 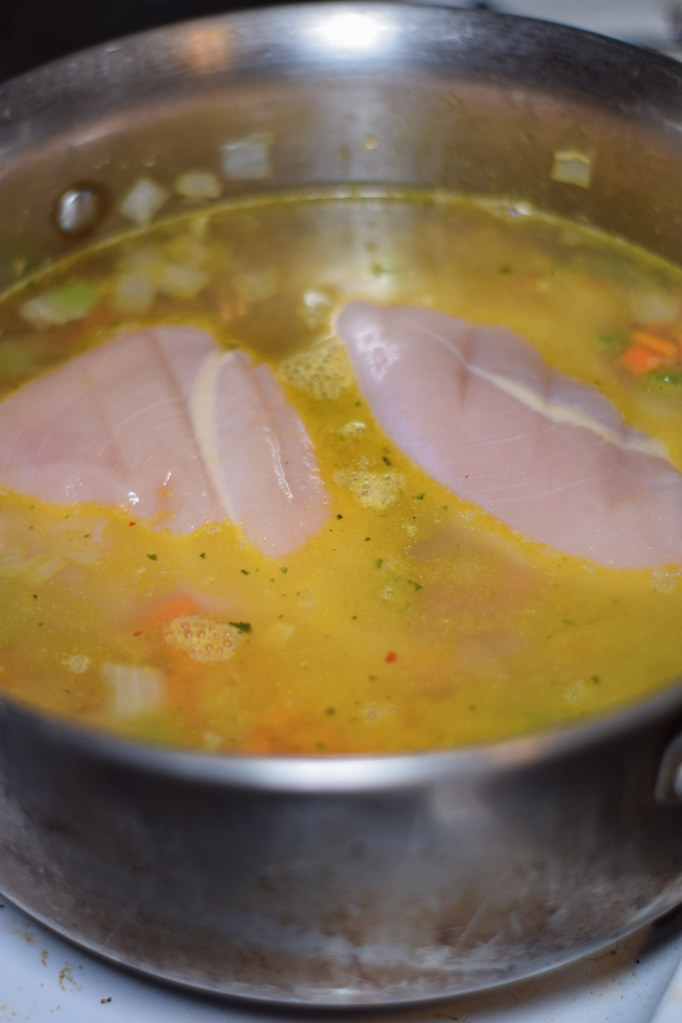 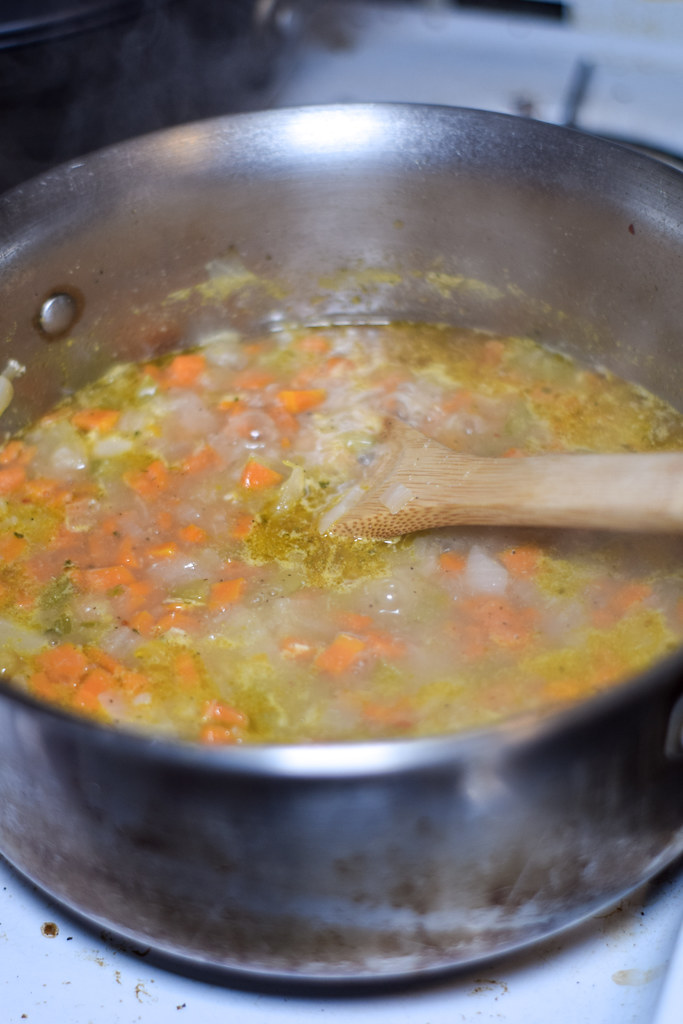 From there, I added 2 chicken breasts and filled enough water to cover. Once it came to a boil, I reduced and simmered about half an hour or until chicken was fully cooked through. 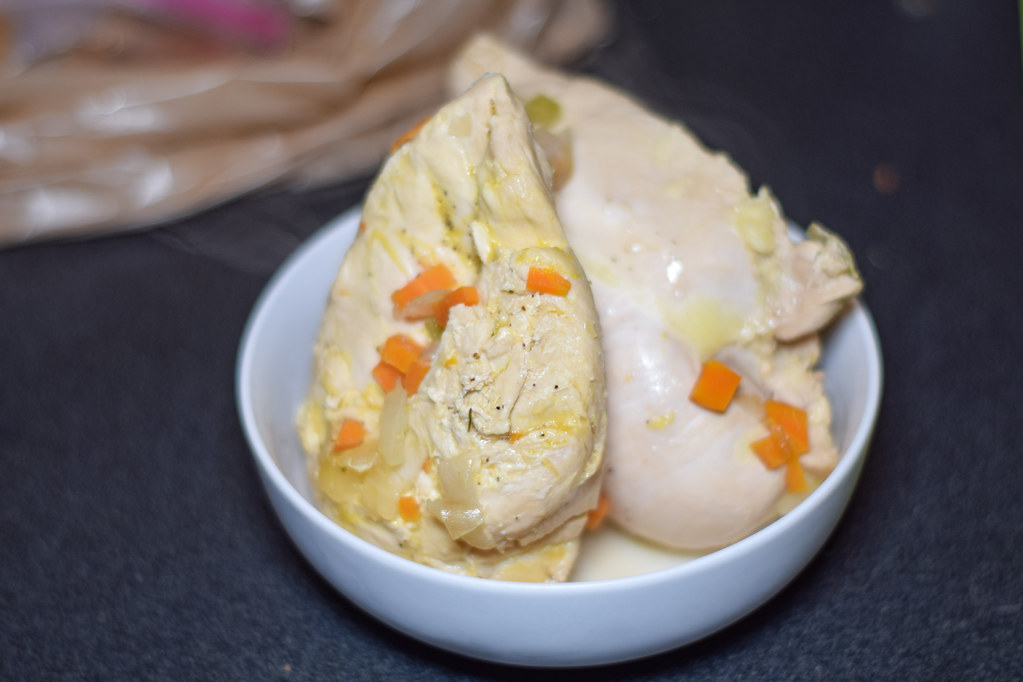 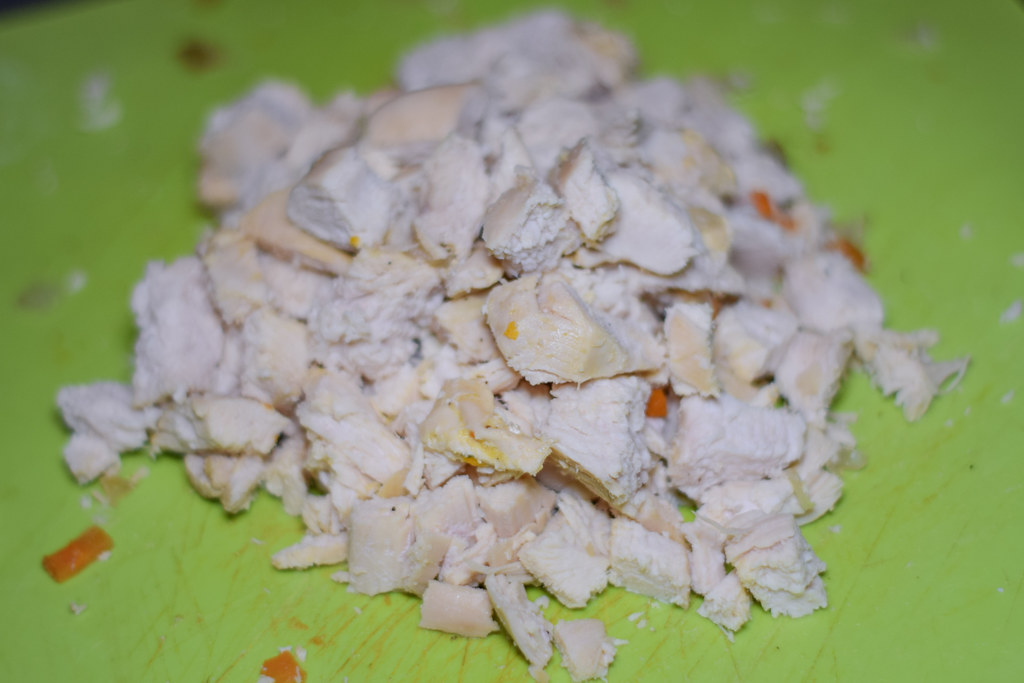 Once cooked, remove chicken and let cool. I’m impatient so clearly the whole bowl of chicken gets chucked into the freezer for a few minutes so I have less time burning my skin while chopping the meat. 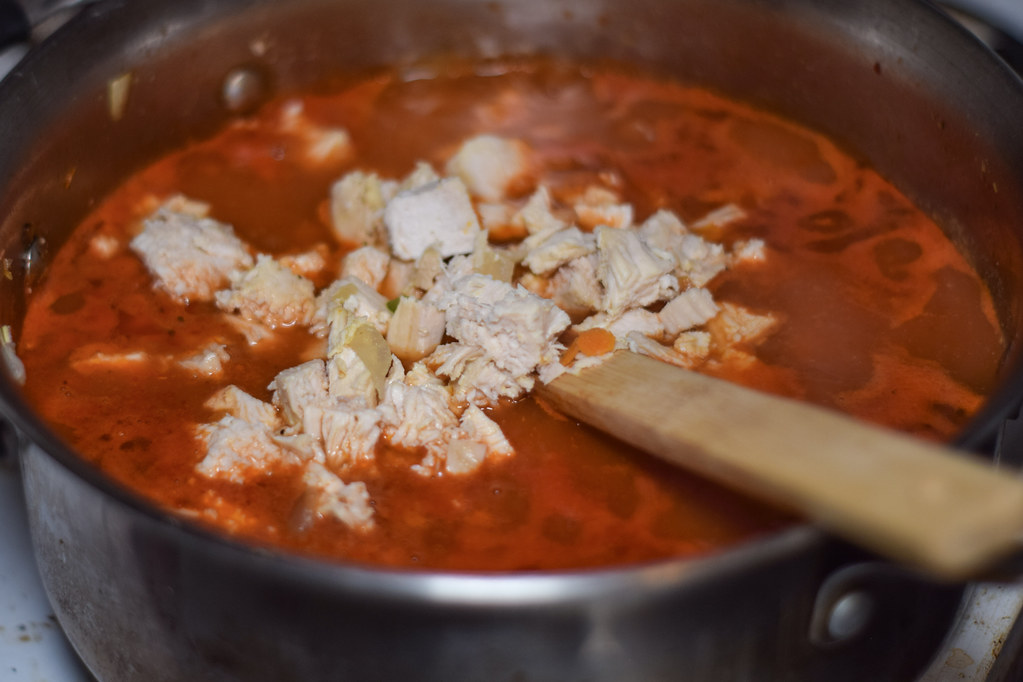 No, the pot of liquid did not turn drastically red by just simmering for a half an hour – I added one can of tomato sauce. Then the chopped chicken goes right back in as well. Now is your time to taste and season! Some may like it on the blander side, and that is fine. But whenever I’m feeding the boyfriend, I gotta turn up the heat and flavor. I added: shit ton of cayenne powder, garlic powder, and whatever else I had reachable. Up to your tastebuds tbh. 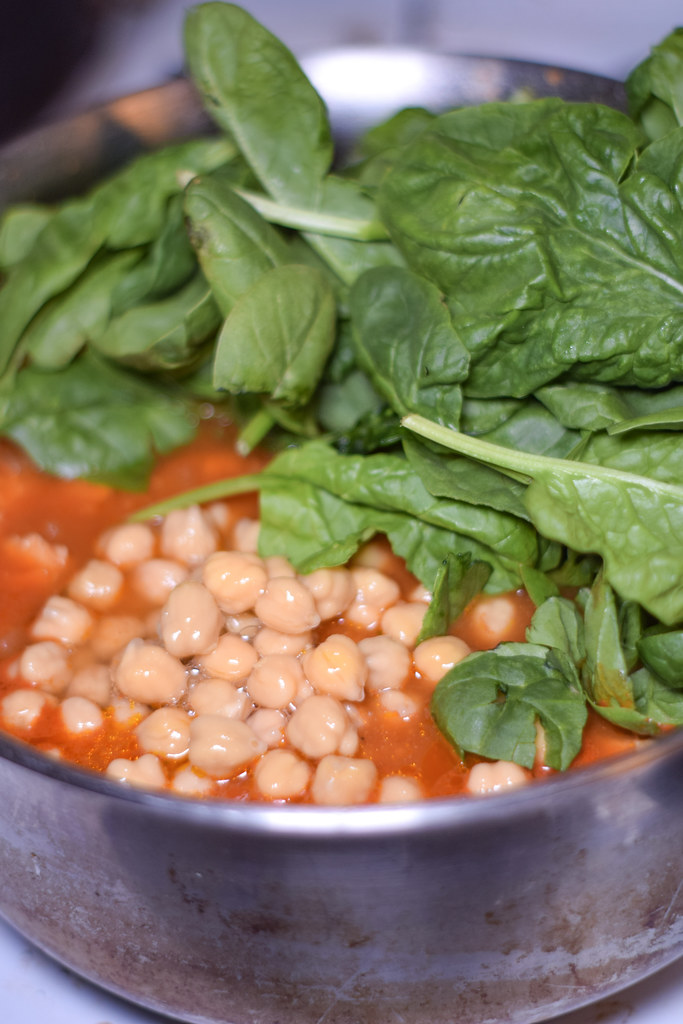 Turn down the heat, add the rinsed can of chickpeas and probably about a pound of spinach. I didn’t chop them or anything since they’ll wilt down anyway. 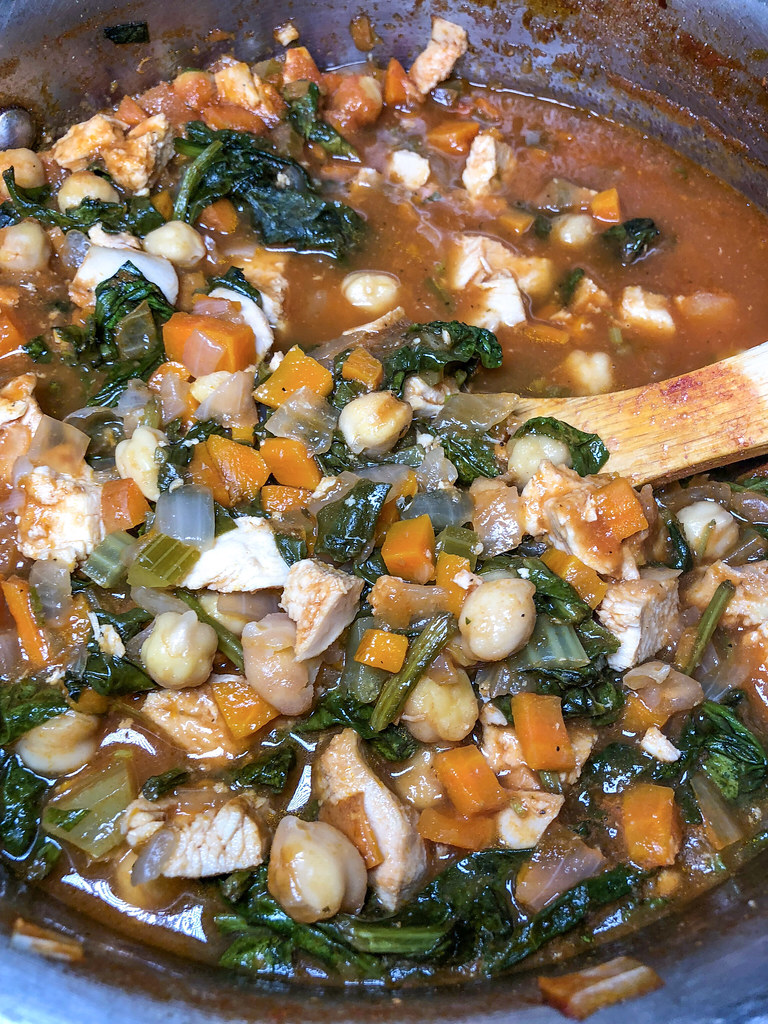 The soup came out so good in fact that I didn’t have any leftover to take a solid bowl-photo of it. I think I’ll survive though; especially since I’ll definitely be making this recipe again.