I’ve had my Crockpot for years, but only decided to start utilizing it recently. Why? Not sure, but probably had something to do with me hiding it on the highest shelf I have in my tiny kitchen and I just forgot about it. So now that I’ve brought the heavy ass machine down from the rafters, I suppose I gotta use it more. 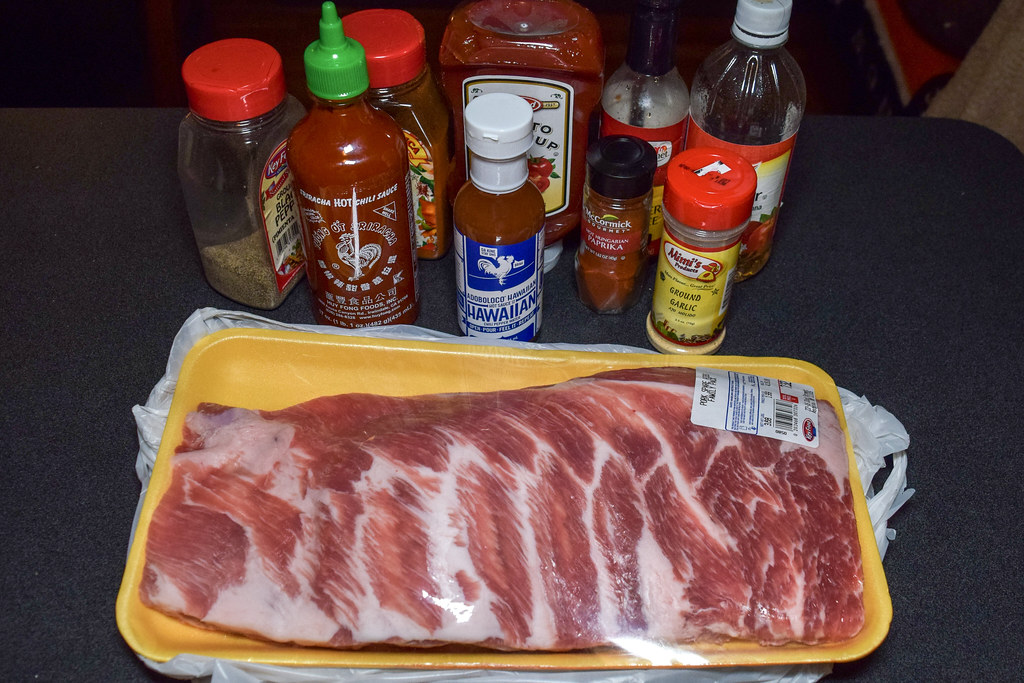 I’ve never done this before, so Google led me to a few routes where I just said screw it and decided to throw every condiment from my fridge into my Crockpot. 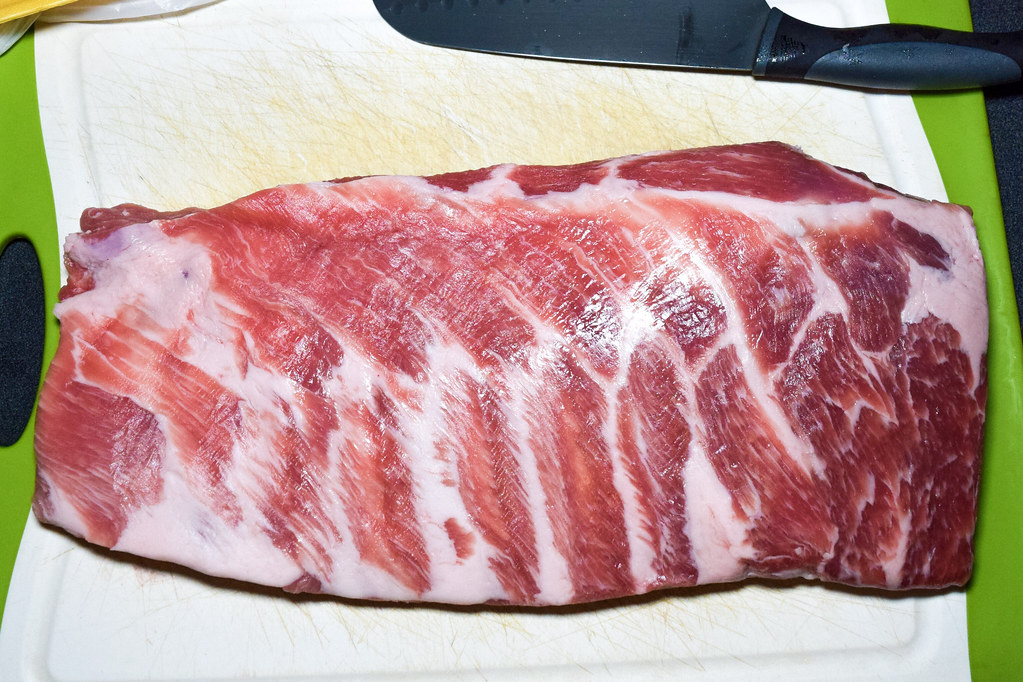 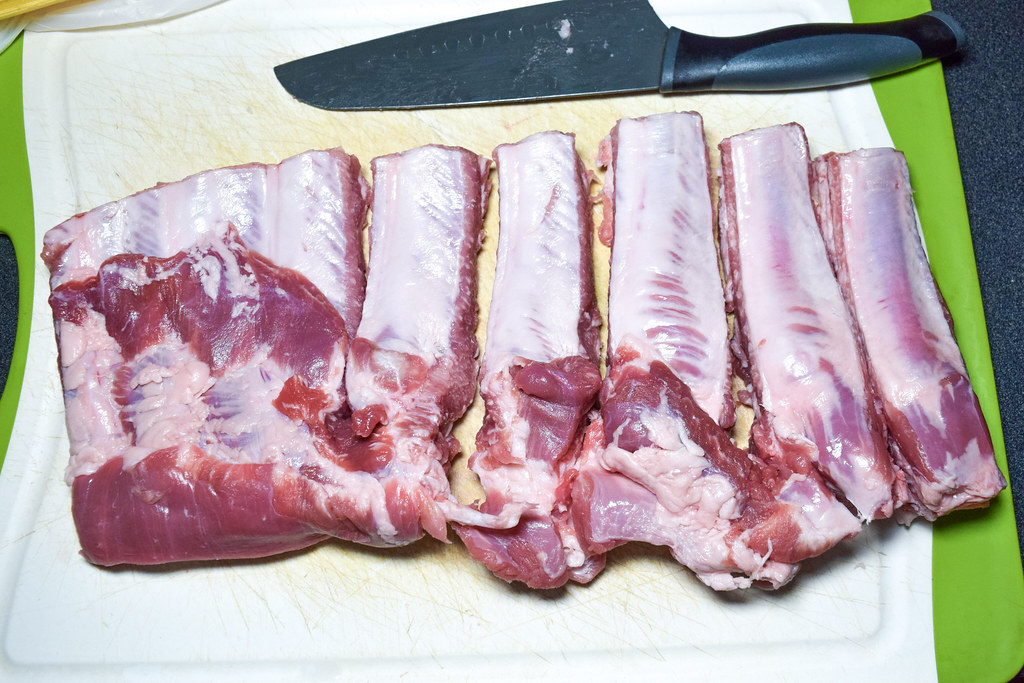 Not sure where I got the genius idea to pre-cut my ribs, but I wouldn’t suggest it unless you’re a strong ass lumberjack. 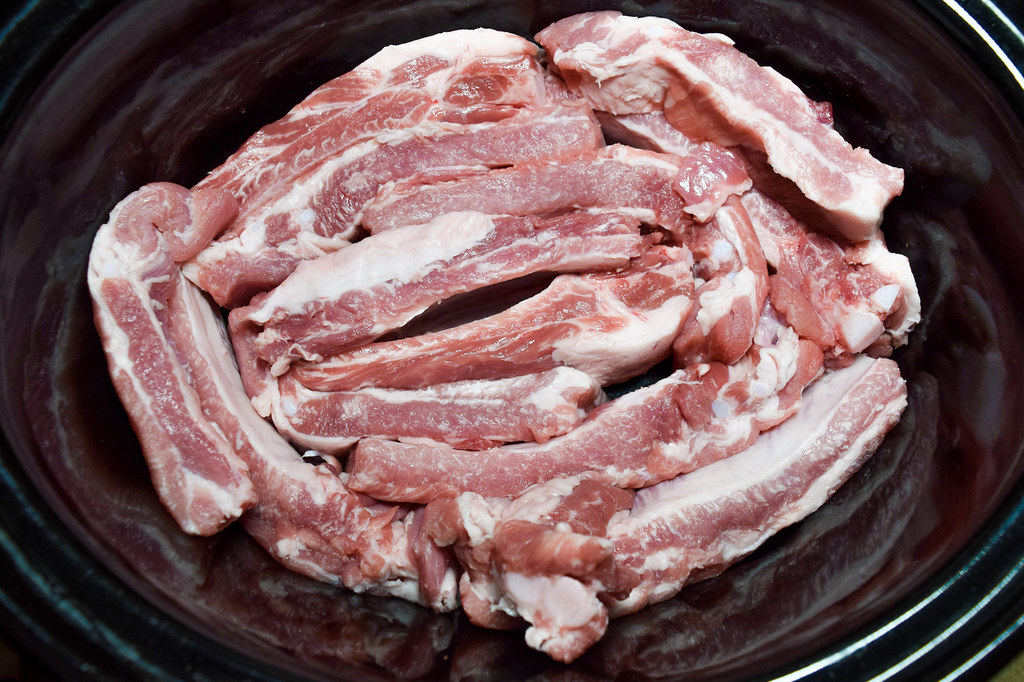 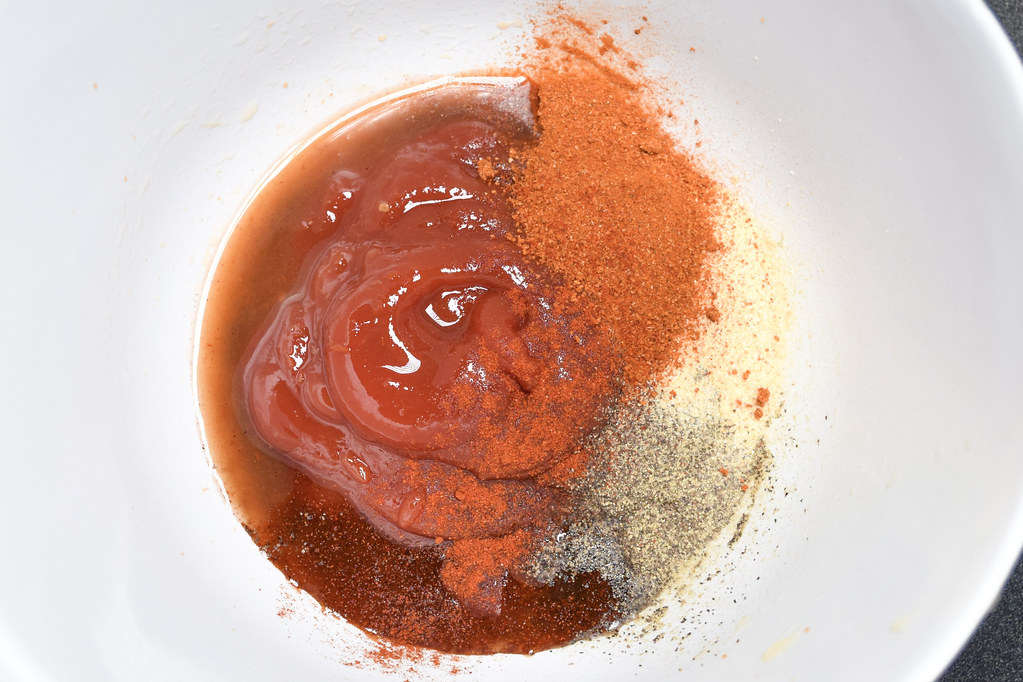 Mixed all the ingredients into a separate bowl because that too was a brilliant idea to waste time washing more dishes. 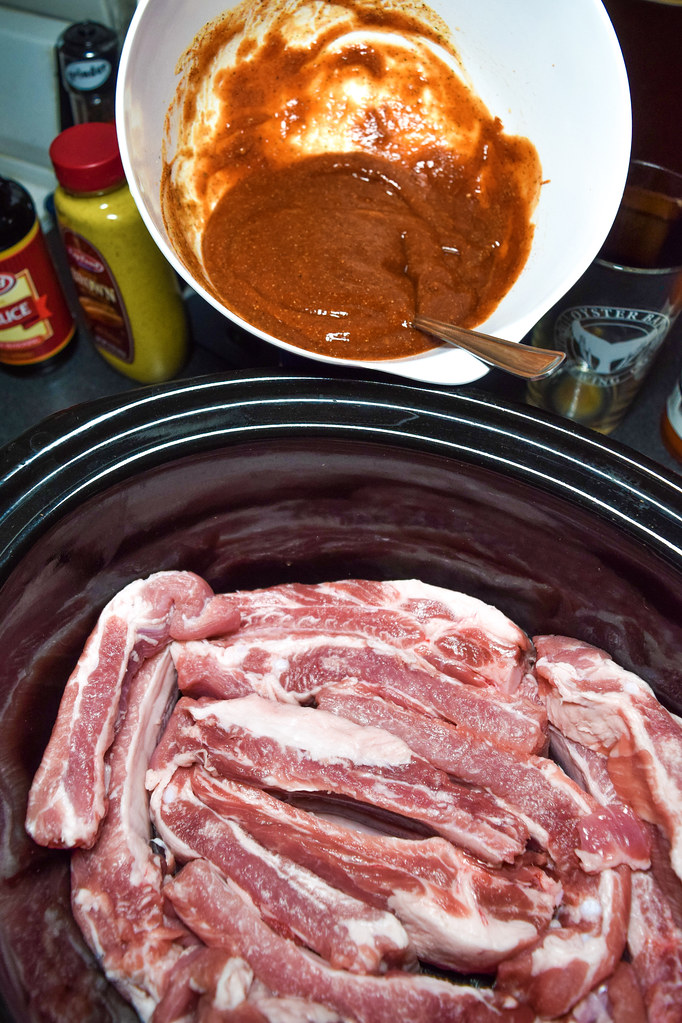 Poured it all over the butchered ribs and realized I should have put some sauce on the bottom first to get the meat fully coated. So then I had to get my hands dirty and fully get in there to coat the suckers. 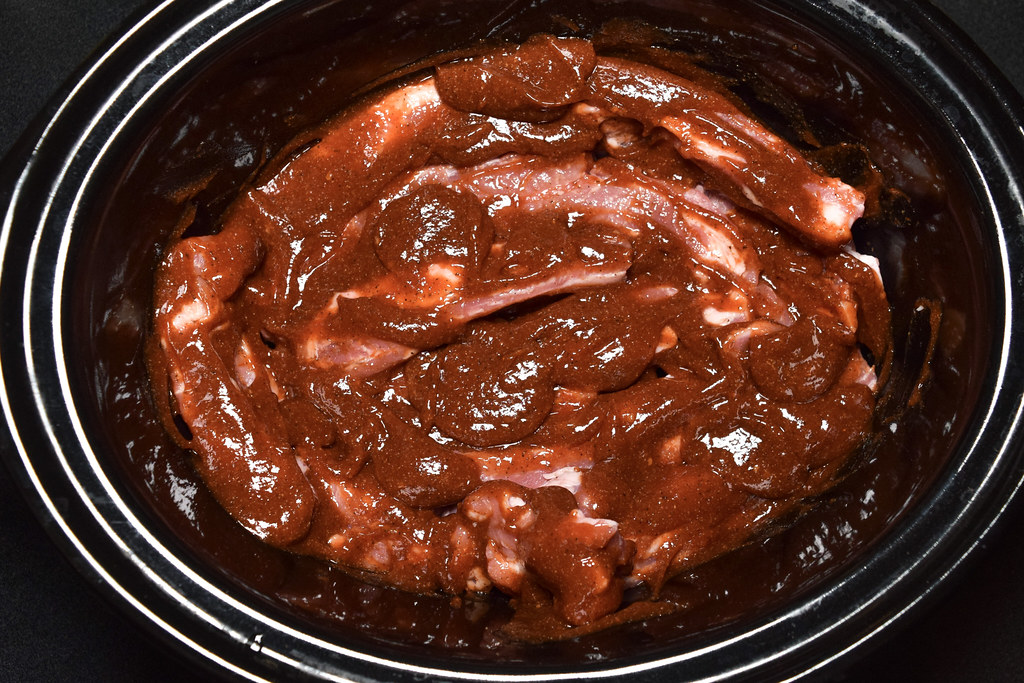 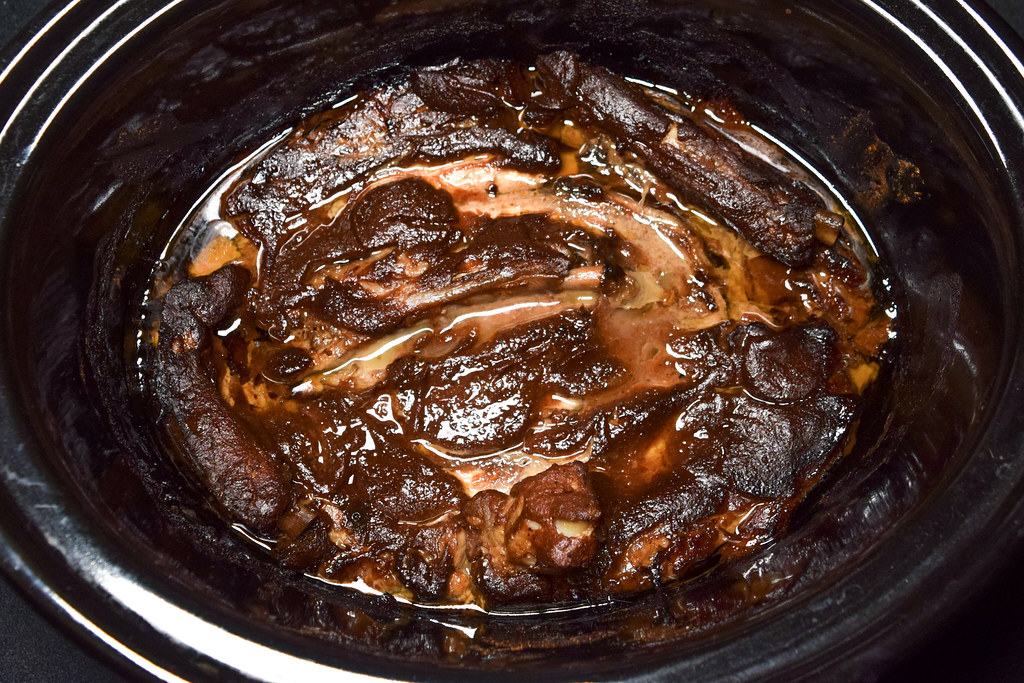 About 4 hours on high later, it appeared the ribs were fall-off-the-bone ready. It looks gross, I know, but… 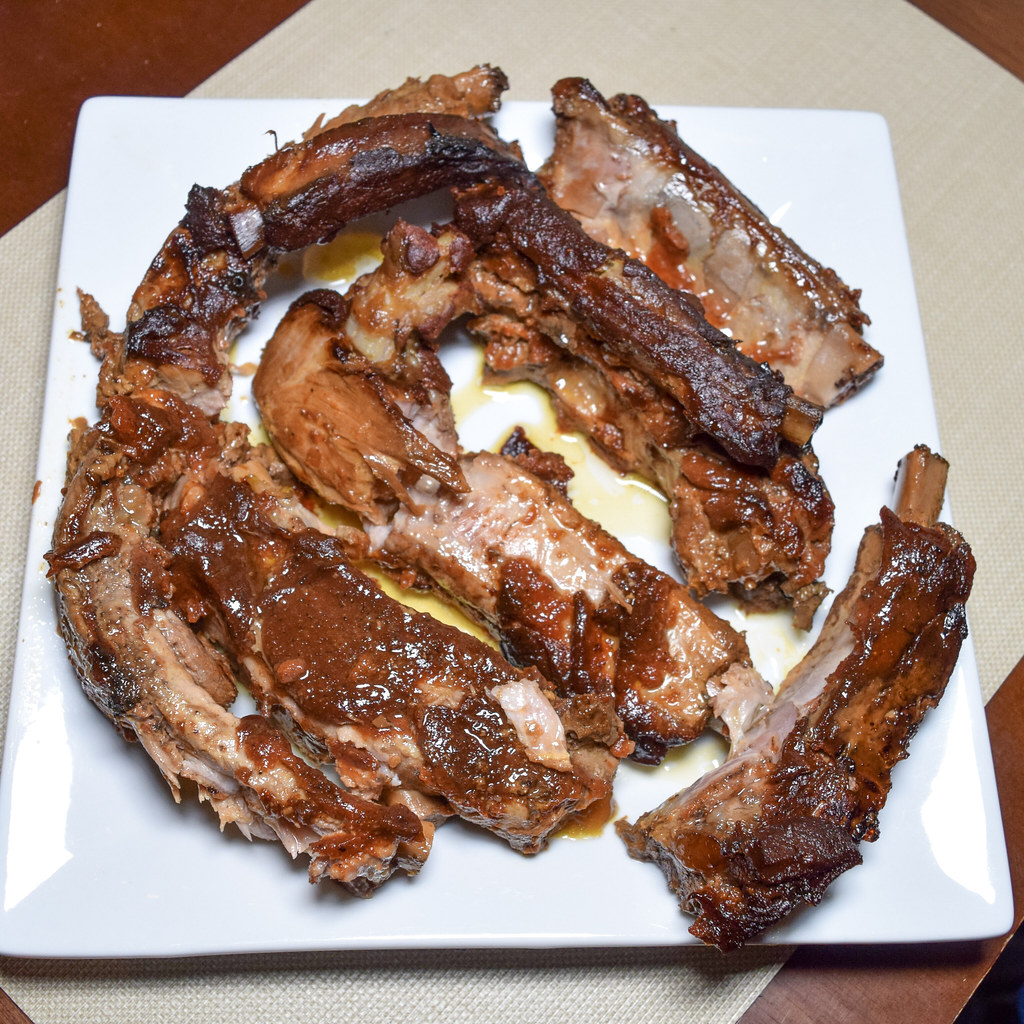 They freakin’ tasted so good! Just the right amount of sauciness, and the just the perfect amount of heat. Shoutout to Adobo Loco’s Hawaii Chili Pepper Water for the subtle heat! 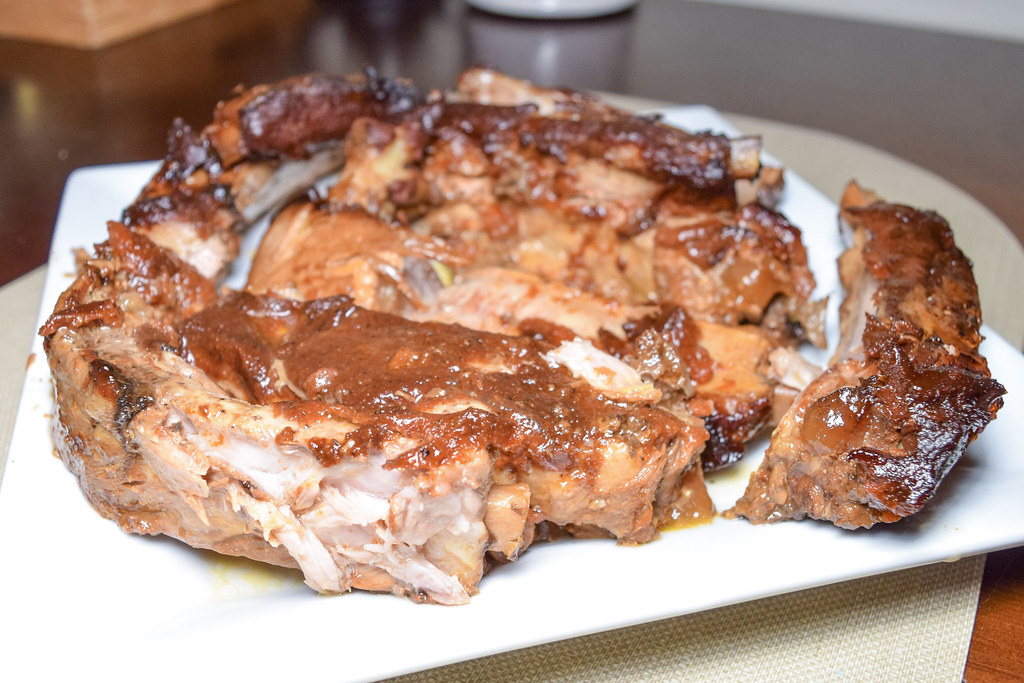 I swear to the ribs Gods I will remake ribs again, with just a few tweaks. For now, this more than suffices.