Living in NYC there’s really no shortage of local cities to visit for a quick weekend getaway. We had such an amazing time in Philly earlier this year, that I figured we should try another foodie-based location for Stephen’s birthday – so I chose New Haven, CT. 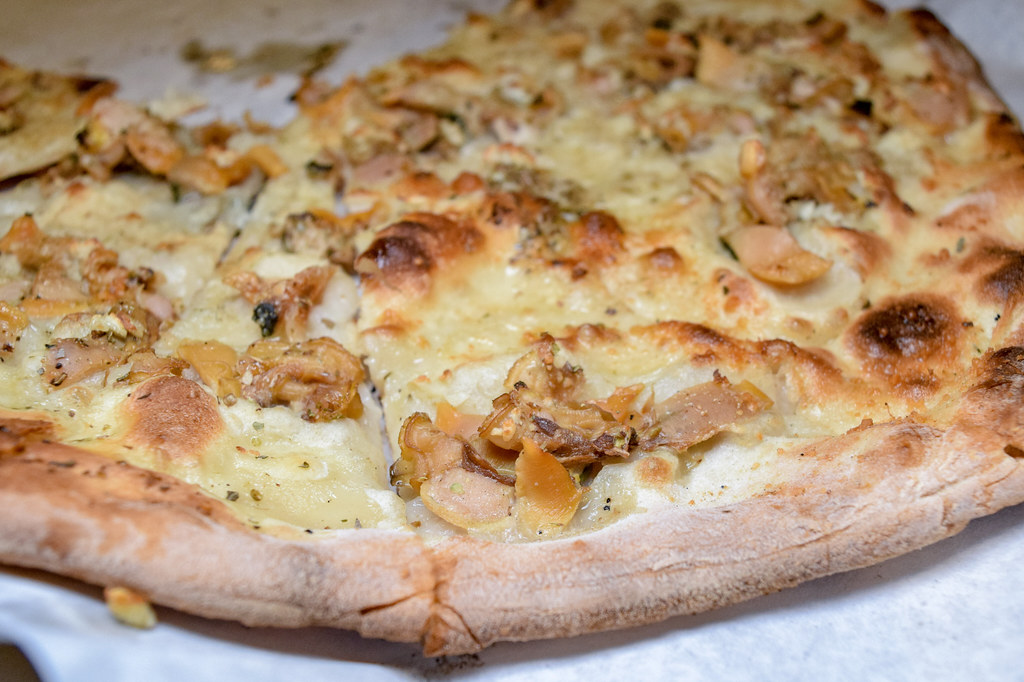 I can imagine some of you are like, really? New Haven?! There are so many other cities in the Northeast just as easy to travel to, and with probably more of a restaurant scene.

We arrived in New Haven on a Friday evening after work. The $5 bus tickets were just as expected – nothing to write home about but far cheaper than the $12 or so from Metro North. Starving, we made our way to the famous Pepe’s.

Of course everyone’s heard of Frank Pepe’s. Hell, there’s even some Pepe locations in New York too that people hype up. Obviously we had to start our trip off with the OG of “New Haven Pizza” (or “apizza”, but you’ll never catch me saying that out loud). 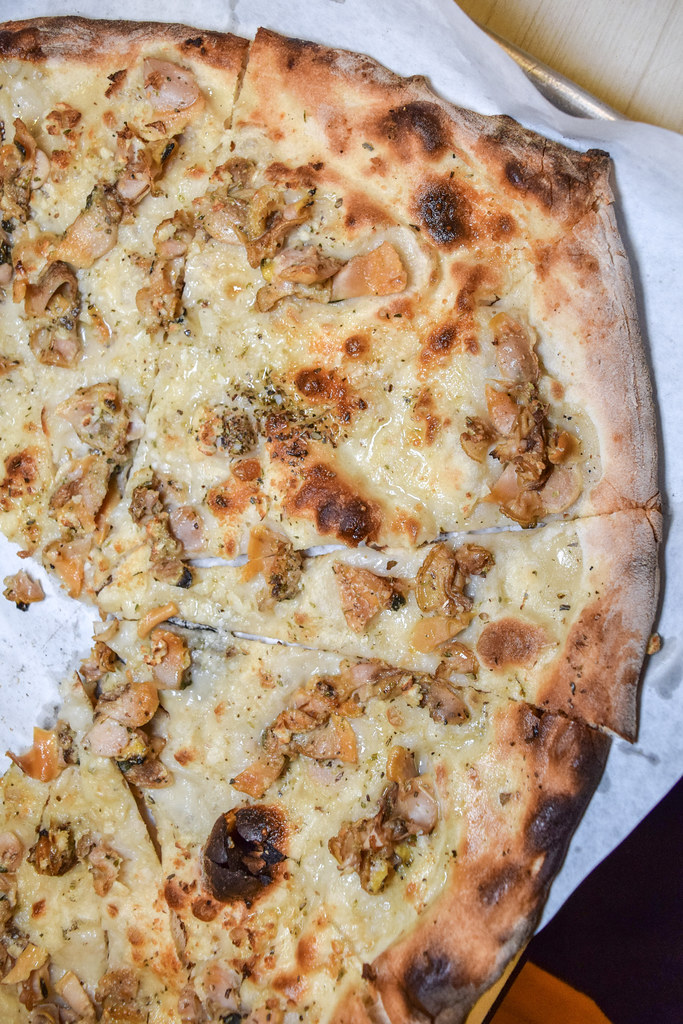 Unless you’ve been living under a rock, you should know that Frank Pepe’s is most notably-known for their White Clam Pizza. Apparently this original idea was concocted by Frank Pepe himself, most likely just randomly throwing on some little neck clams that he sold raw separately. 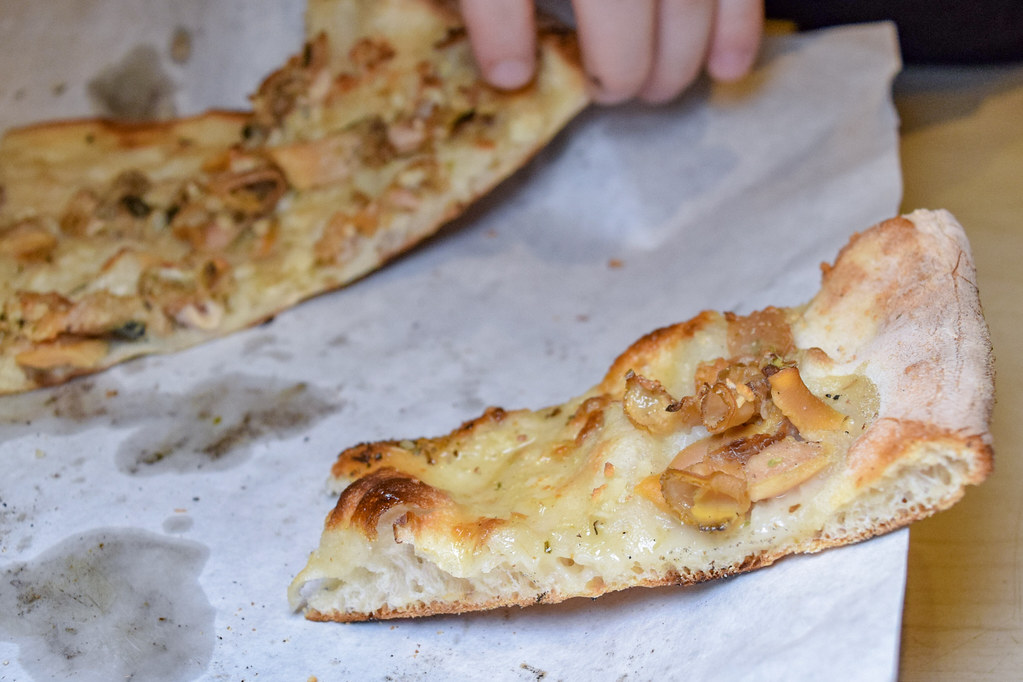 The pizza was crisp on the bottom, charred basically, and the clams were fresh. Did we miss that there was no cheese? Of course. But overall understood that this is considered classic “New Haven pizza”, and no issues with that. Still, never calling it “apizza”.

On our way back to our AirBnB, we found this cute cigar lounge. My boyfriend partook on the cigar portion, while I tried an Old Fashioned. A little bit of an all-boys-club, but definitely not stuffy. My girlfriend who goes to college nearby even stopped by to hang out for a bit. We never felt unwanted once. 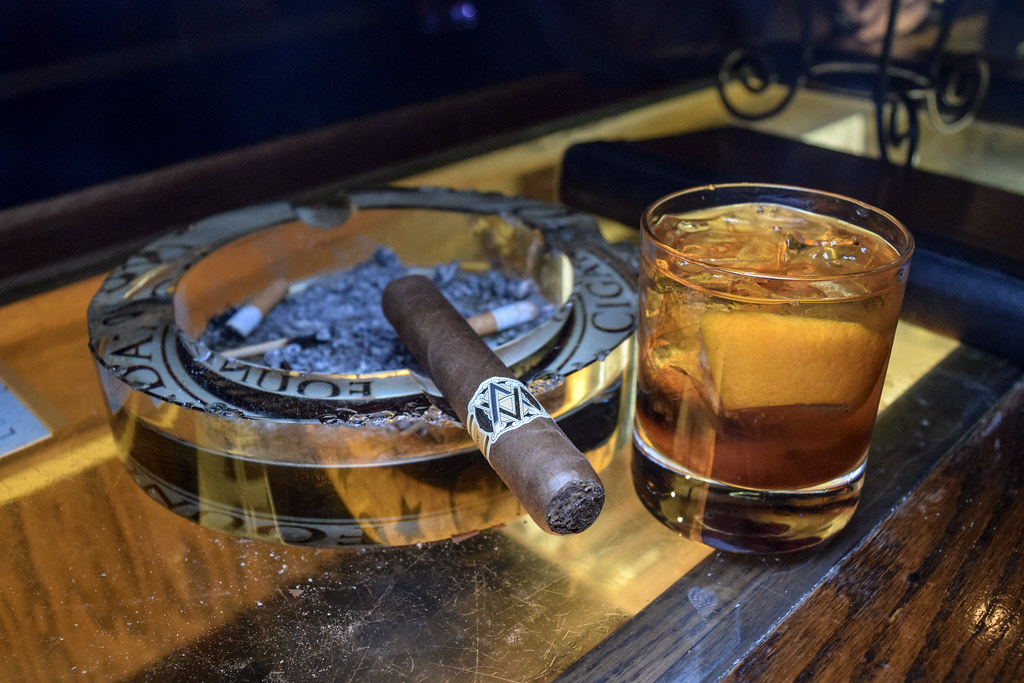 After many suggestions from my followers on Instagram, I absolutely had to check out BAR. Far more than just a bar, it’s really known for it’s pizza (specifically the bacon mashed potato pie). 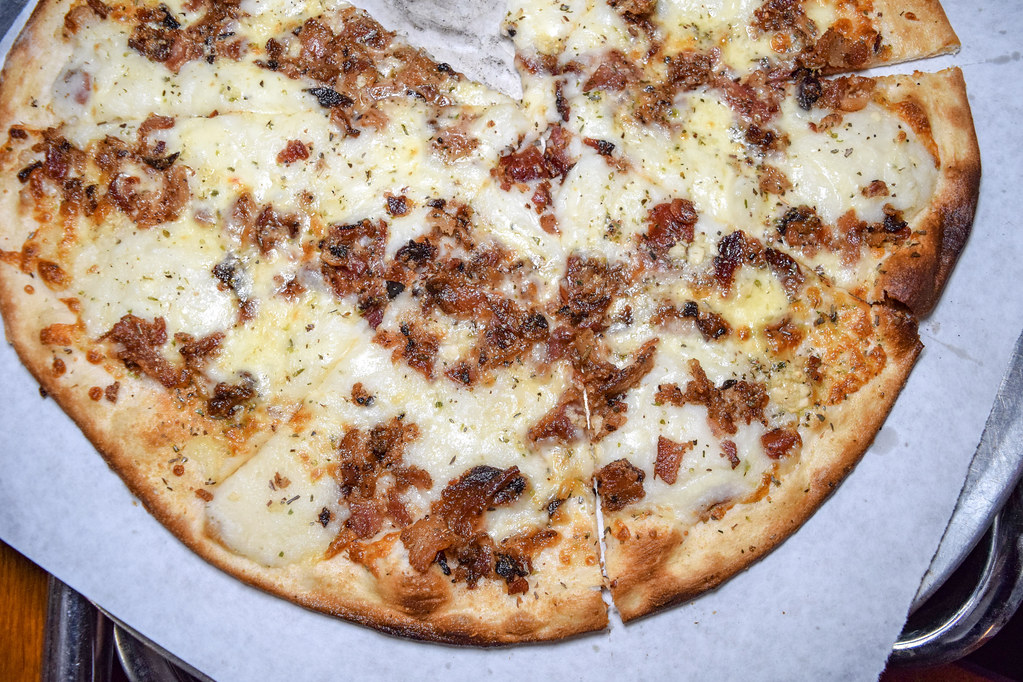 It was just as tasty as you’d imagine. The caramelized onions and garlic were a solid touch as well. The pizza menu is quite short, just listing the base pies (white with or without cheese, and red with or without cheese), but the topping list is quite extensive. A build-your-own pizza concept seems to reign supreme here in New Haven. 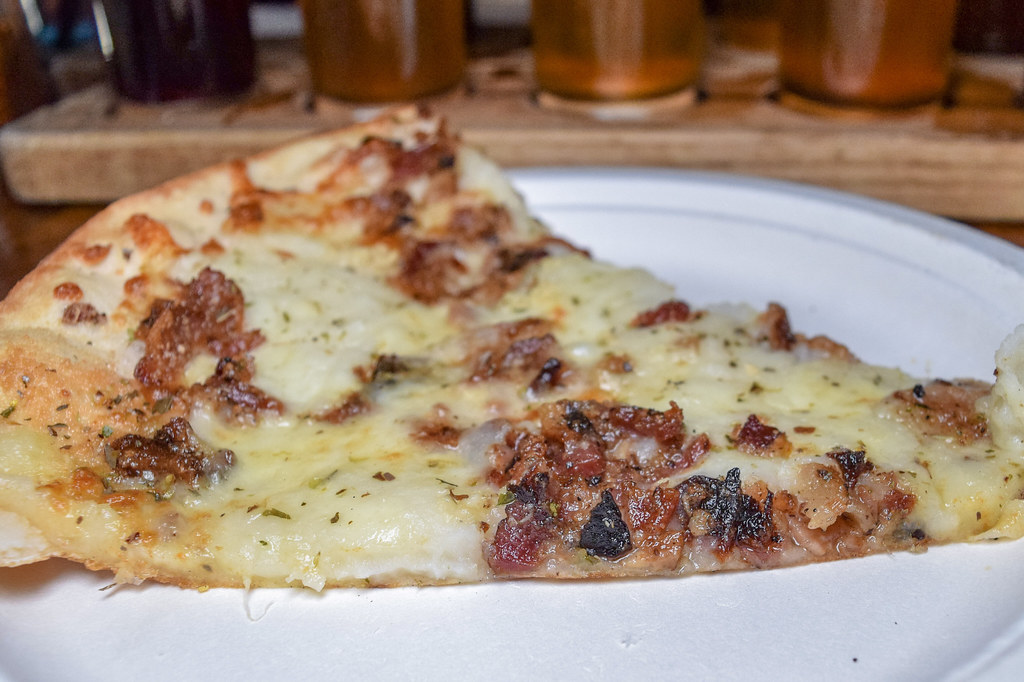 Crust was similar to that of Pepe’s, but with much less char, which was appreciated. The crust also maintained hold even with heavy ingredients such as mashed potatoes and caramelized onions. Definitely a standout pizza, and even comparable to some of our favorite pies from NYC. 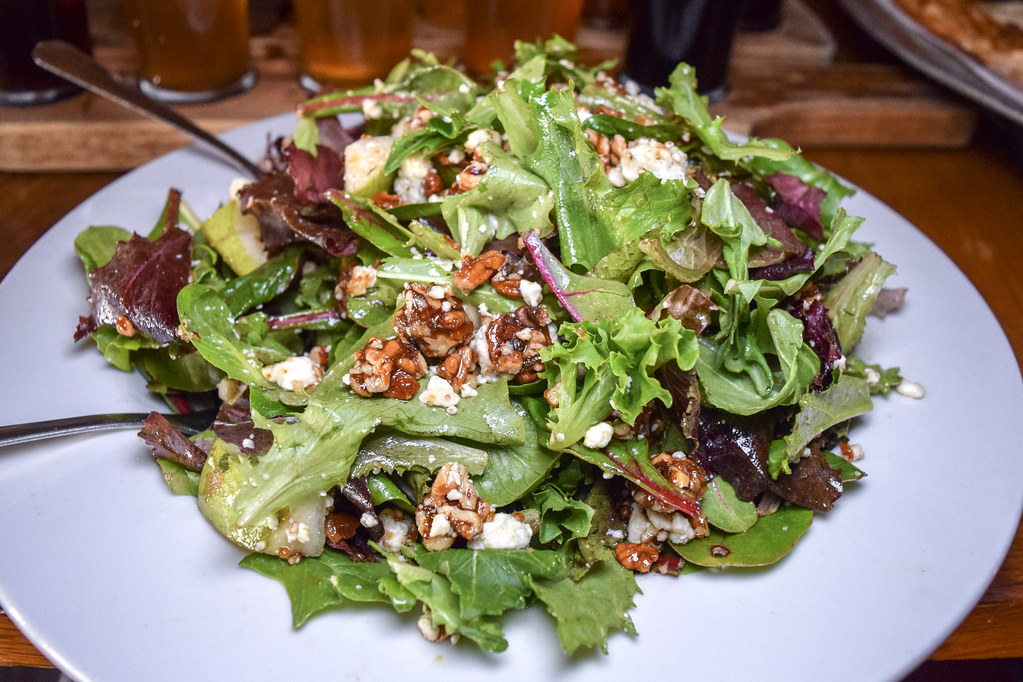 True to most New Haven pizzerias, they only serve pizzas and a salad on the menu. Bar’s salad was pretty straightforward – seasonal greens, sliced pear, caramelized pecans, crumbled blue cheese with a light vinaigrette dressing. 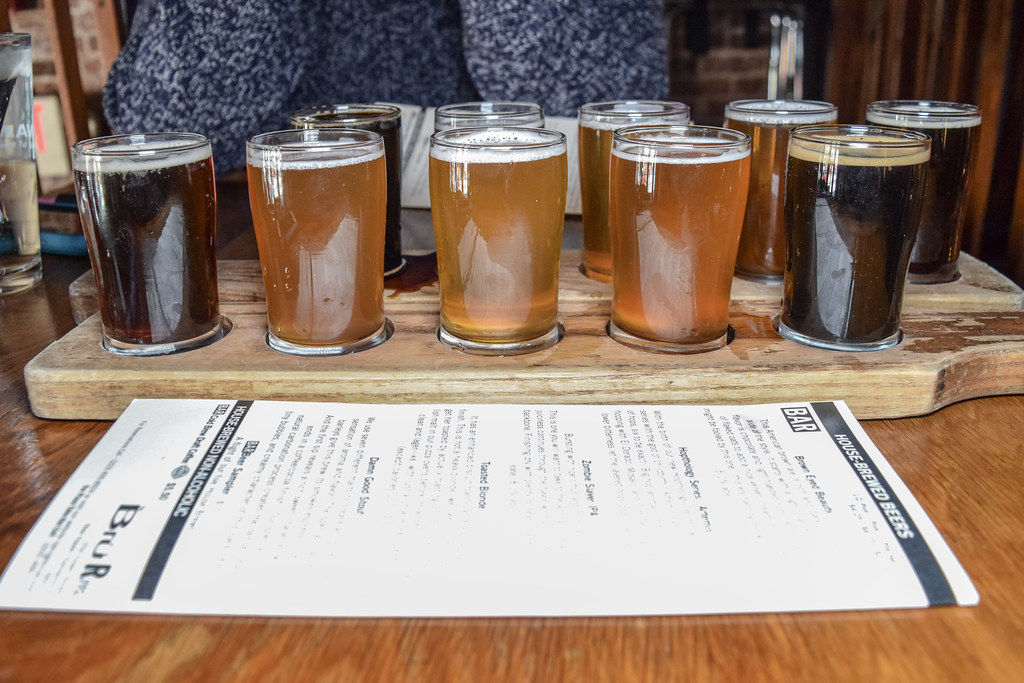 Oh and did you know they make their own beer in-house? Obviously had to get a flight and thoroughly enjoyed each of them. The space itself isn’t too big, so the fact they make all these different beers is quite impressive. 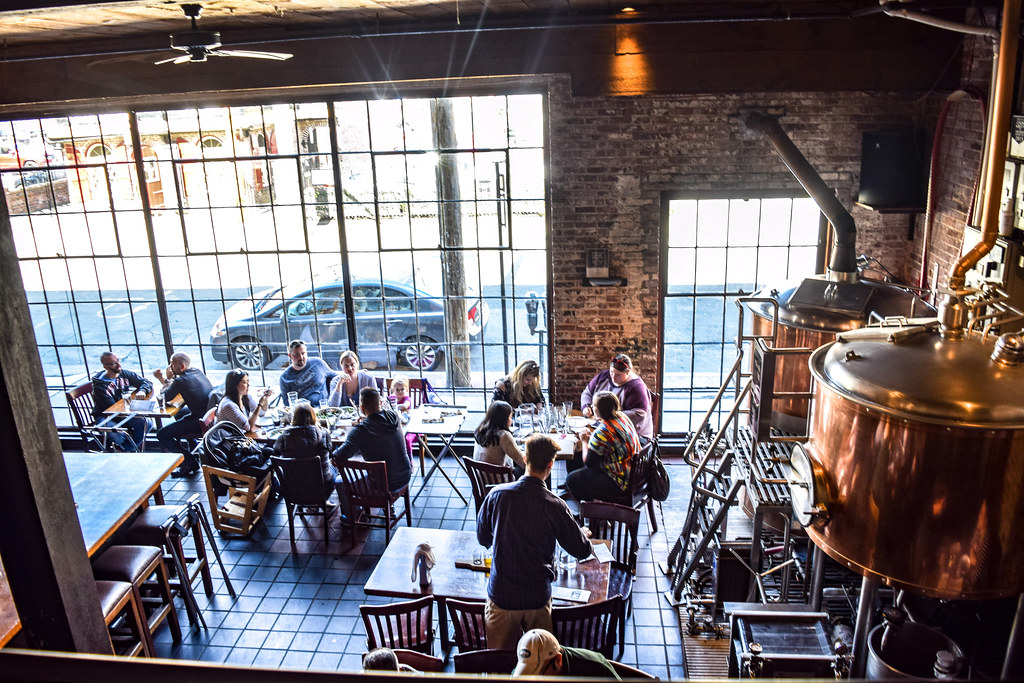 Don’t forget this place turns into an actual CLUB at night, with a dance area situated in the back. Haven’t been for that yet, but intriguing nonetheless.

One of the best parts about this town is that most of the restaurant and bars are centralized and easily walkable. We purposefully look for cities like this when traveling because we don’t drive in NYC or anywhere else actually. After leaving BAR for a little walk around the town, we managed to stumble upon Ordinary – a location actually not so ordinary at all. 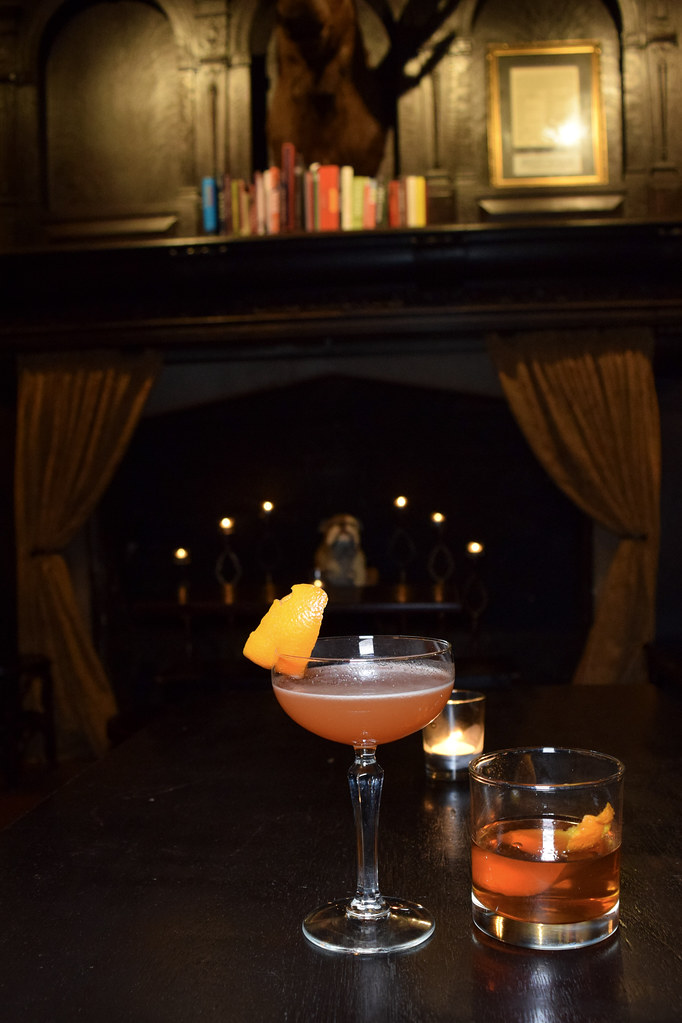 Ordinary is a bar with a wealth of history dating back to the 1600’s. For real – look it up yourself if you don’t believe me. 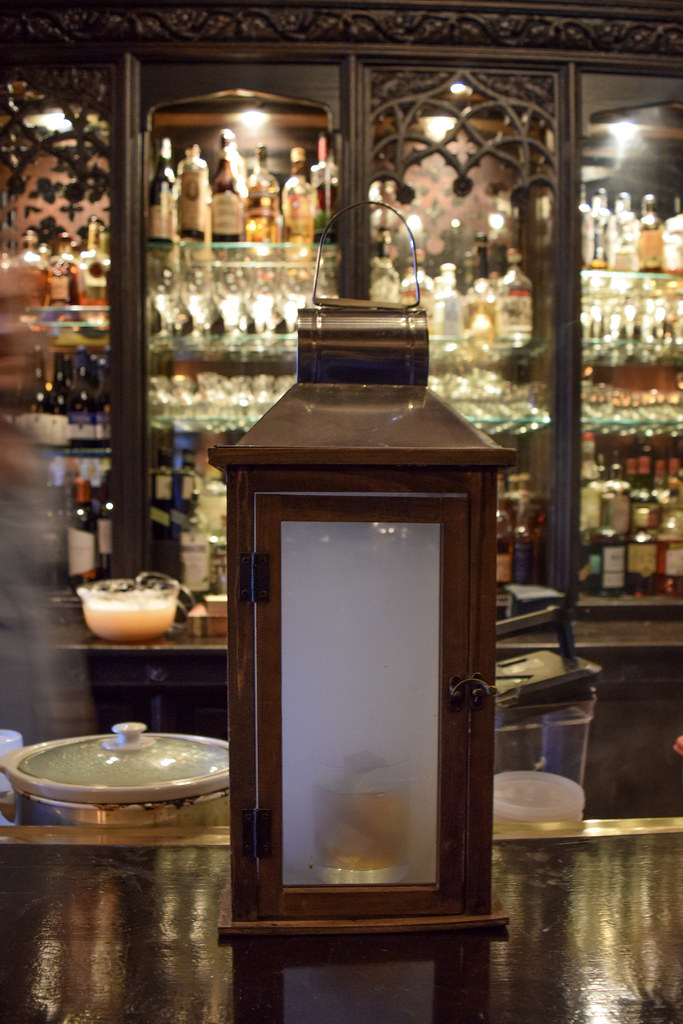 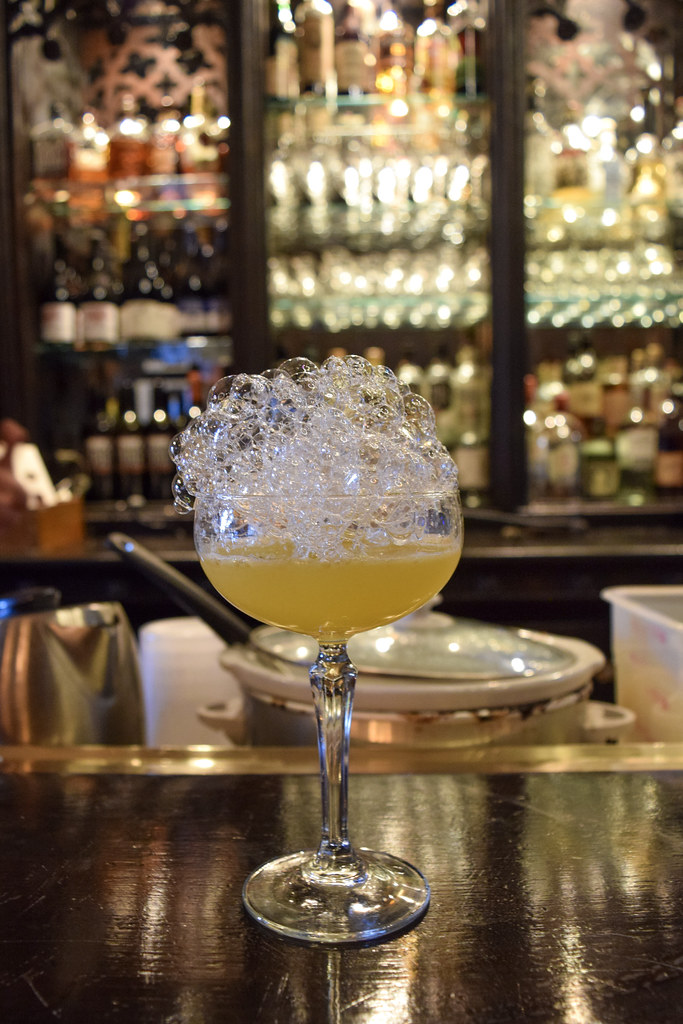 This is not your average cocktail bar. Drinks are prepared in their own smoke box, or topped with a massive bubble bath of sorts. Like really, ingenious ideas and presentations. 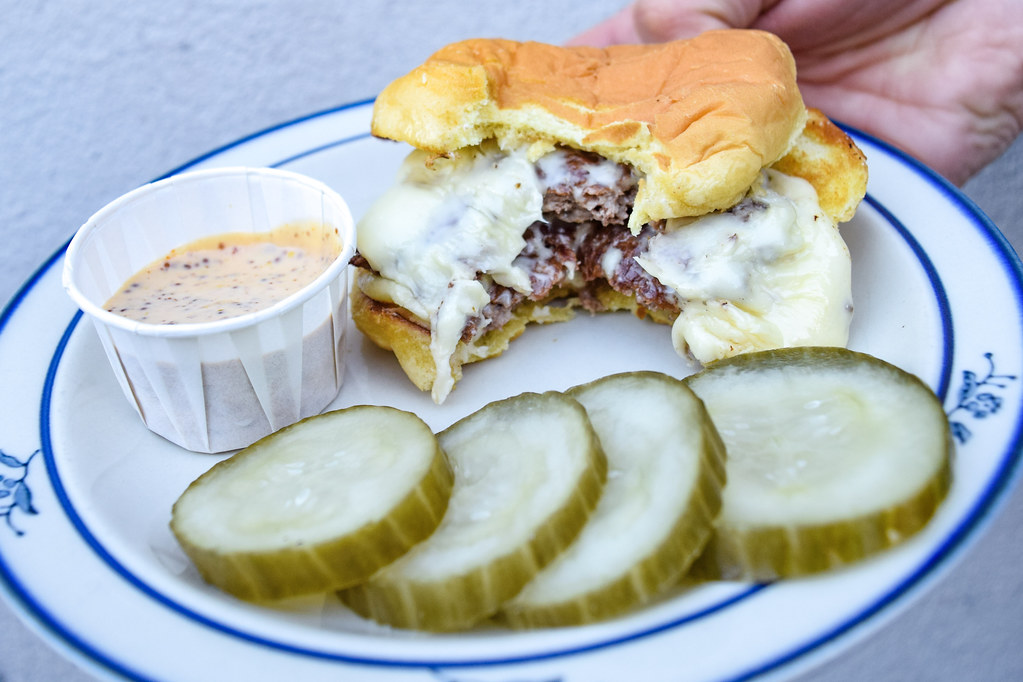 What really got us going though was the BEST BURGER WE’VE EVER HAD! I don’t even want to jinx it and try it again because I have no idea how or why this was so tasty, but both my boyfriend and myself can attest. Unbelievable, and really what it comes down to was the quality of ingredients they put forth. Highly recommend. 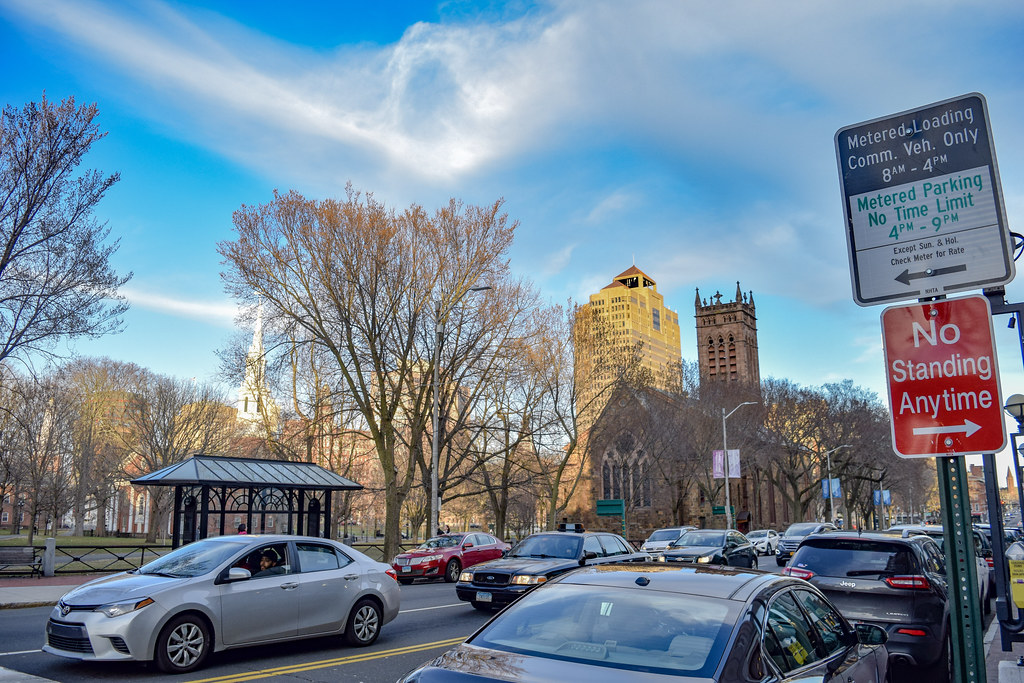 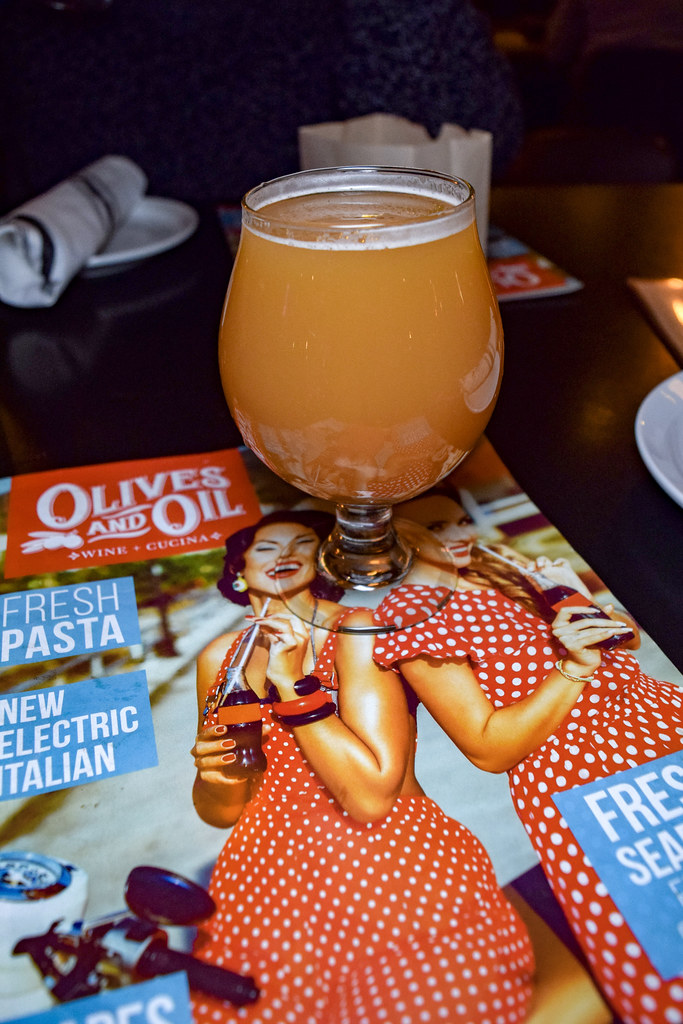 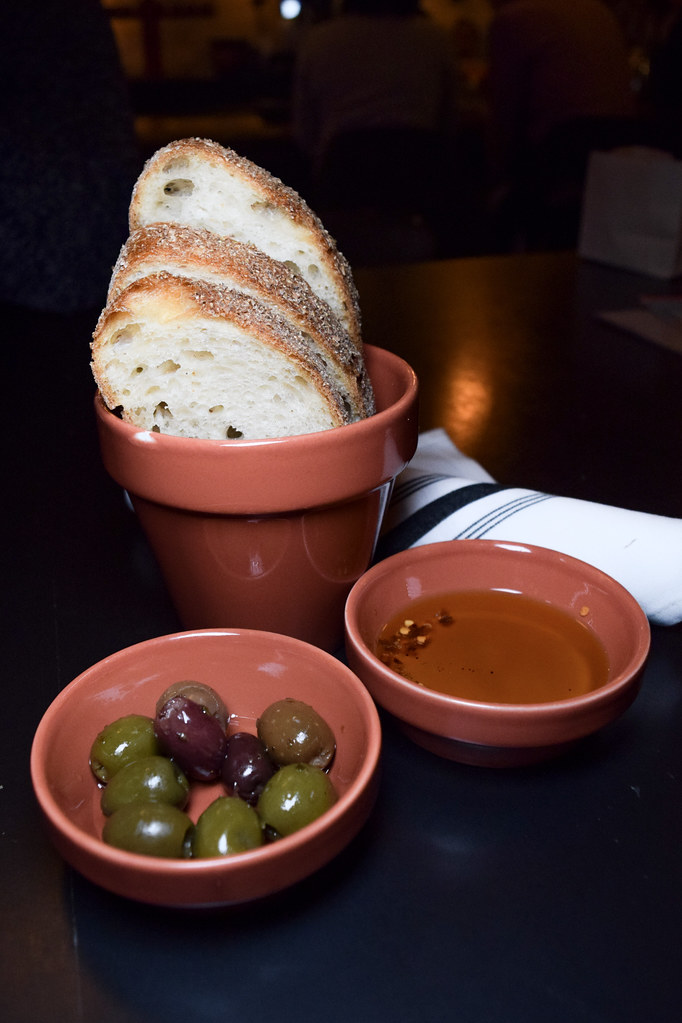 Chef John Brennan, an alum of Food Network’s Chopped, put together a really eclectic and flavorful menu here at Olives and Oil. Mostly Italian-based dishes, but with a modern twist and rustic appeal, it was definitely more our style of food. 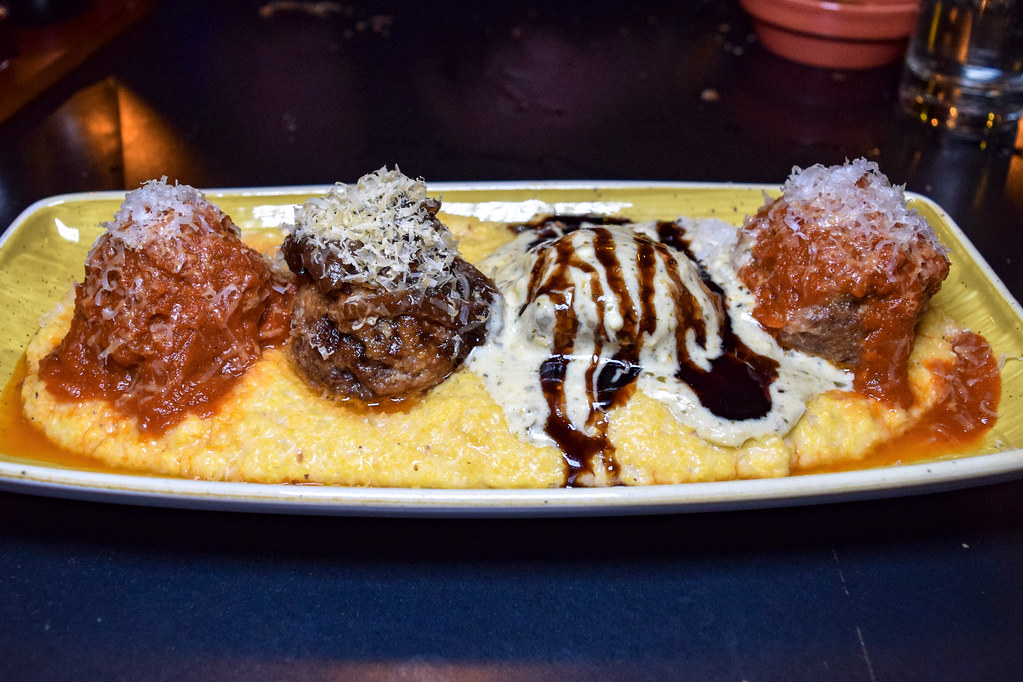 The four different flavors of meatballs over a bed of polenta was exquisite. 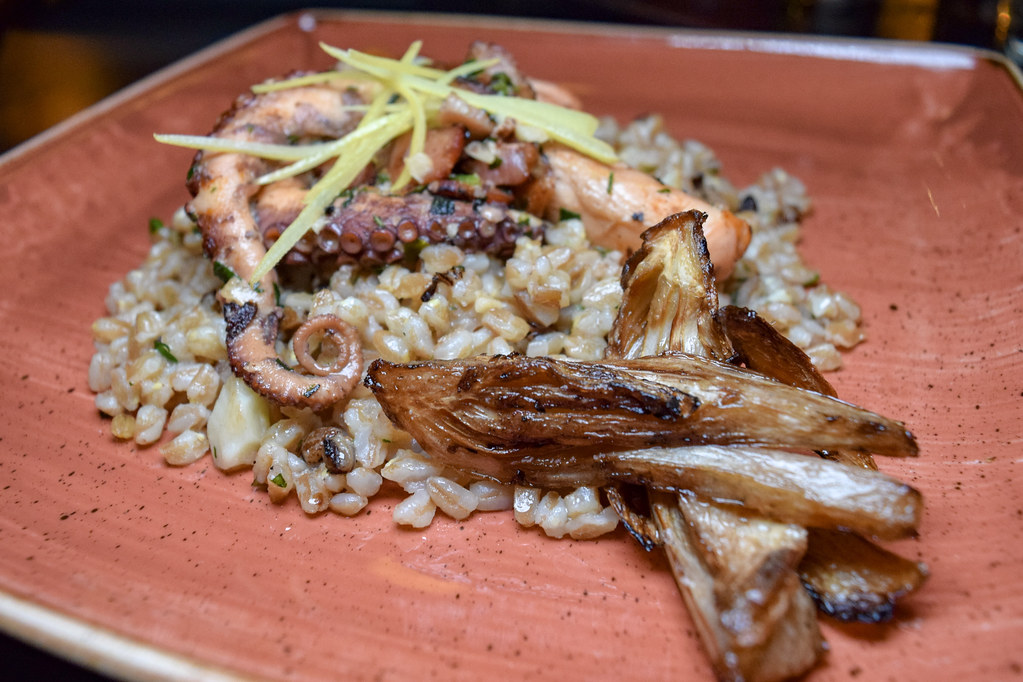 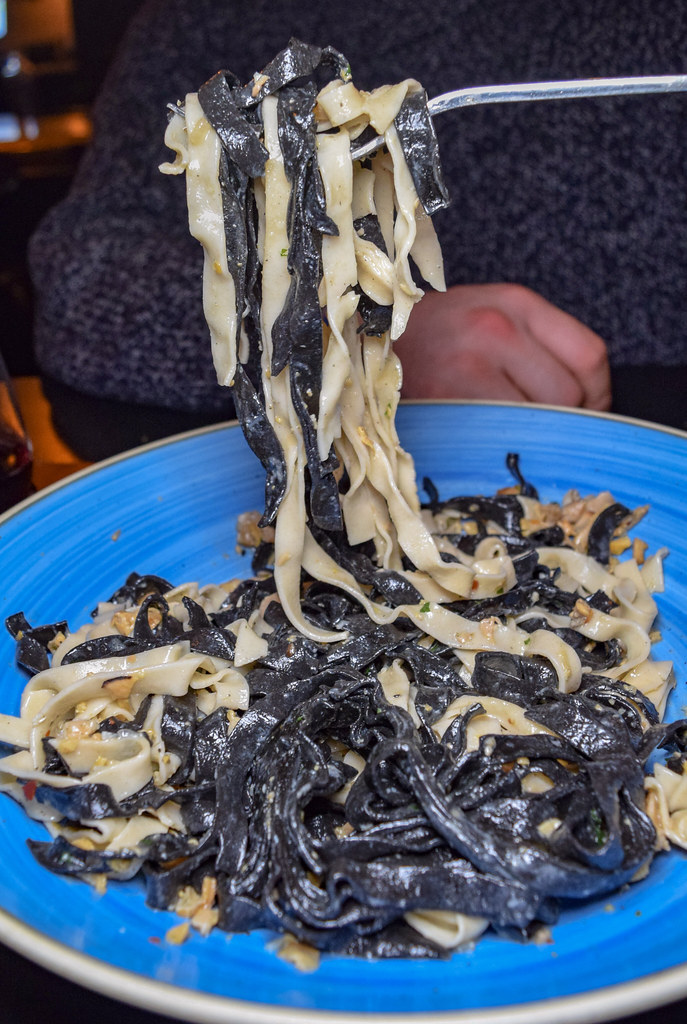 The squid ink pasta with clams was just as delectable, and quite pretty as well.

Another one of Chef John Brennan’s establishments is just down the block from Olives and Oil. The scene is more busy, which would be expected on a Saturday night at a pretty popular bar. 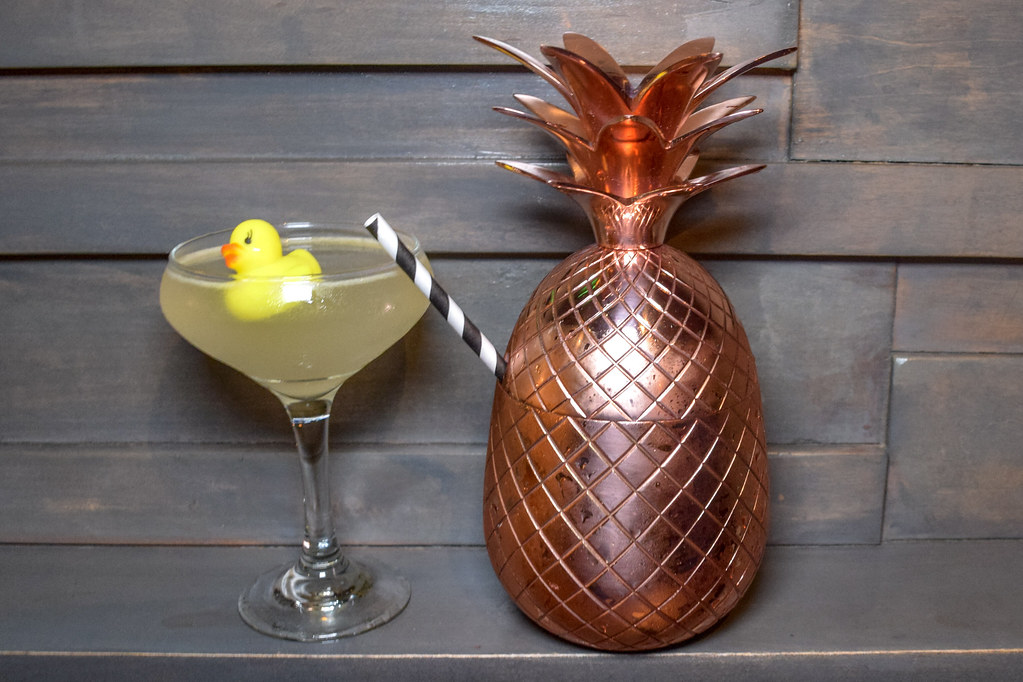 The drinks were good and the atmosphere was fun. Will have to try the food next time though, seeing as how much we enjoyed the food at Olives and Oil.

Inevitably we’d end up here. Supposedly the place of birth of the “hamburger” as we know it. I’m still indifferent on that, but glad to try a local favorite with such history. 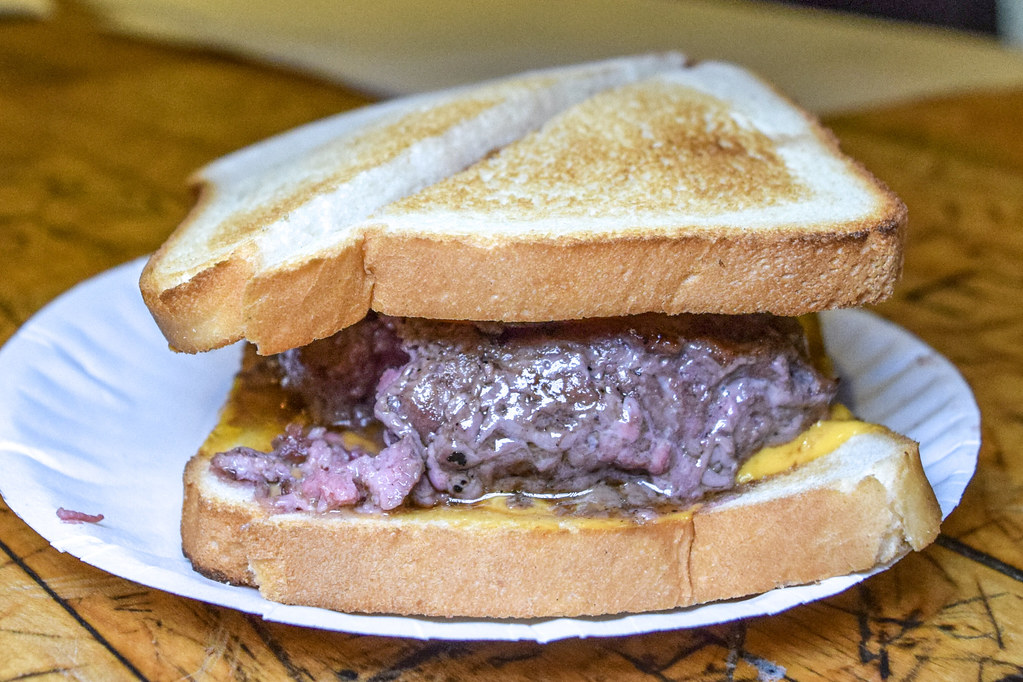 While the burger was tasty, it’s not something crave-worthy. Plus side was they weren’t as douchey as the blogs made them out to seem. I didn’t have to word my order in any antiquated way, and they still managed to serve me with a smile. Might have been the time of the night, but not necessary to go too overboard with pleasing them. 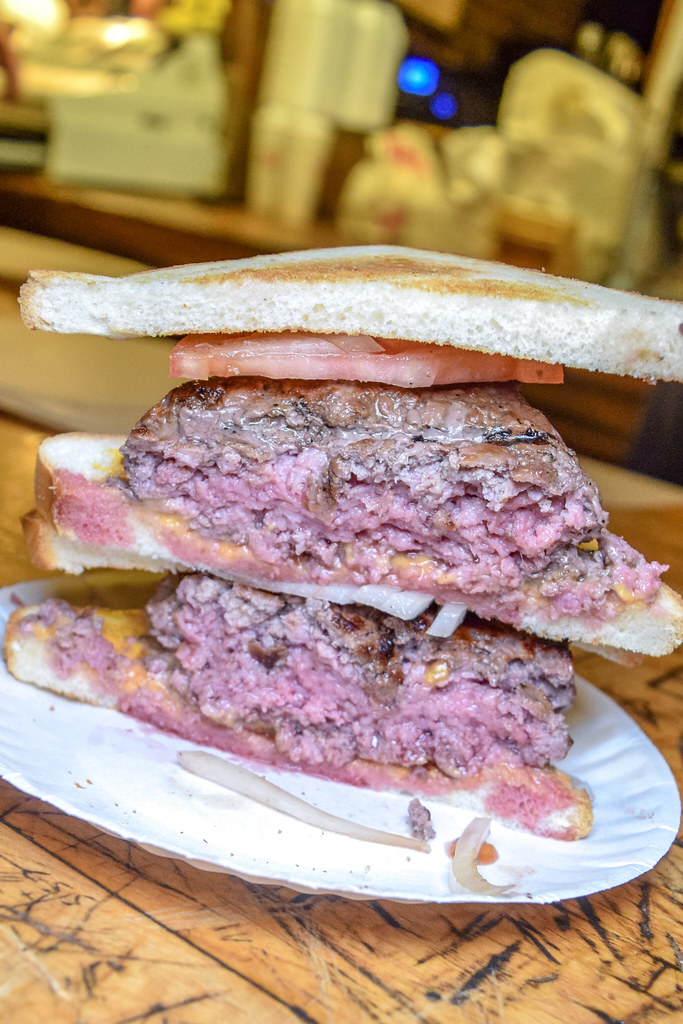 The lovely folks at CTVisit.com (the Official Tourism Site for Connecticut) hooked us up with a morning tour at Stony Creek Brewery just about 10 minutes away from New Haven in Branford, CT. 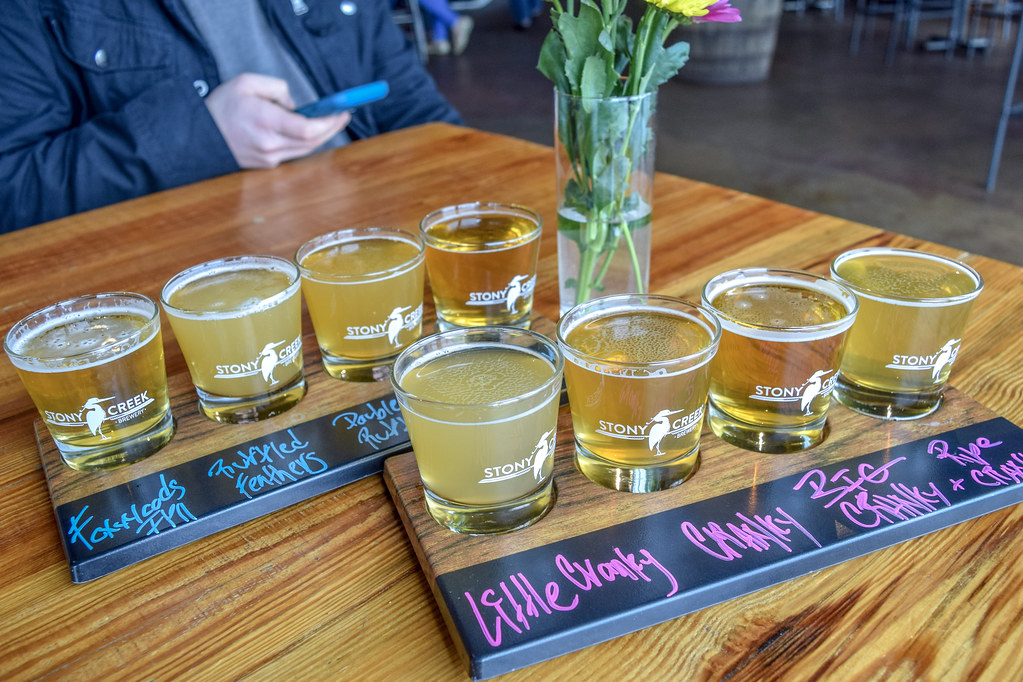 The location is right along the river dock with a wrap around deck and amazing views of the water. The beer was good, and we loved seeing the brewing process behind the scenes as well. 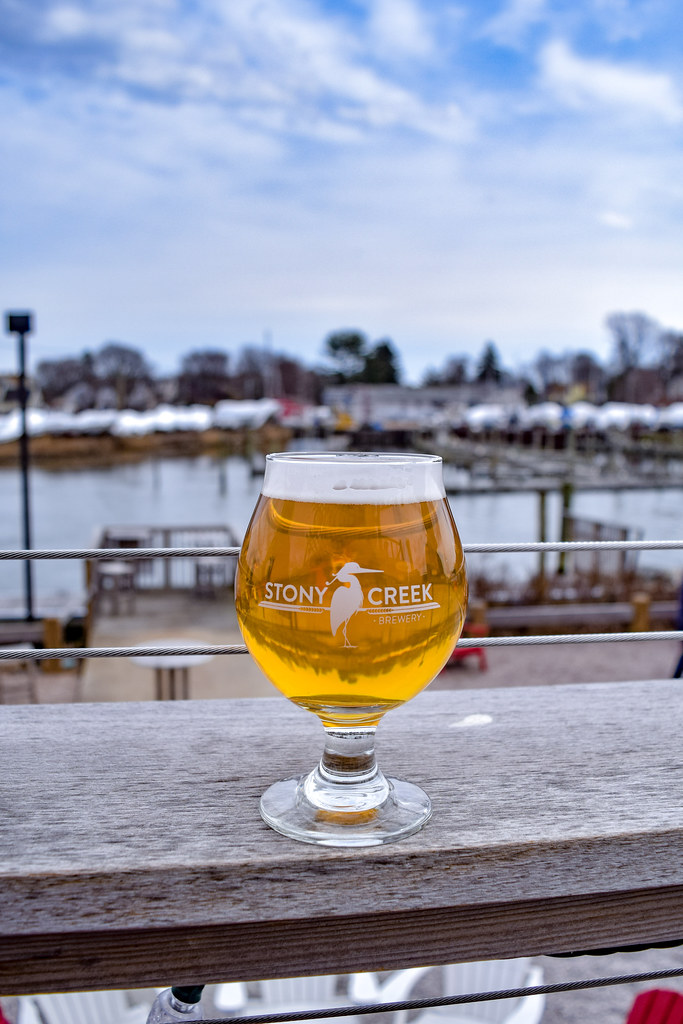 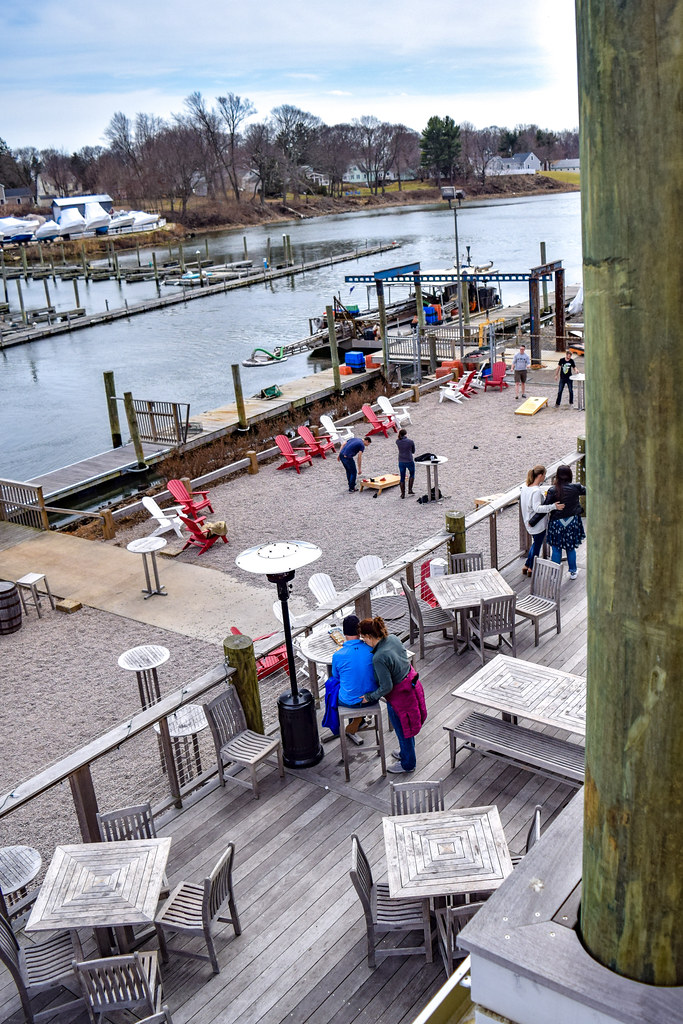 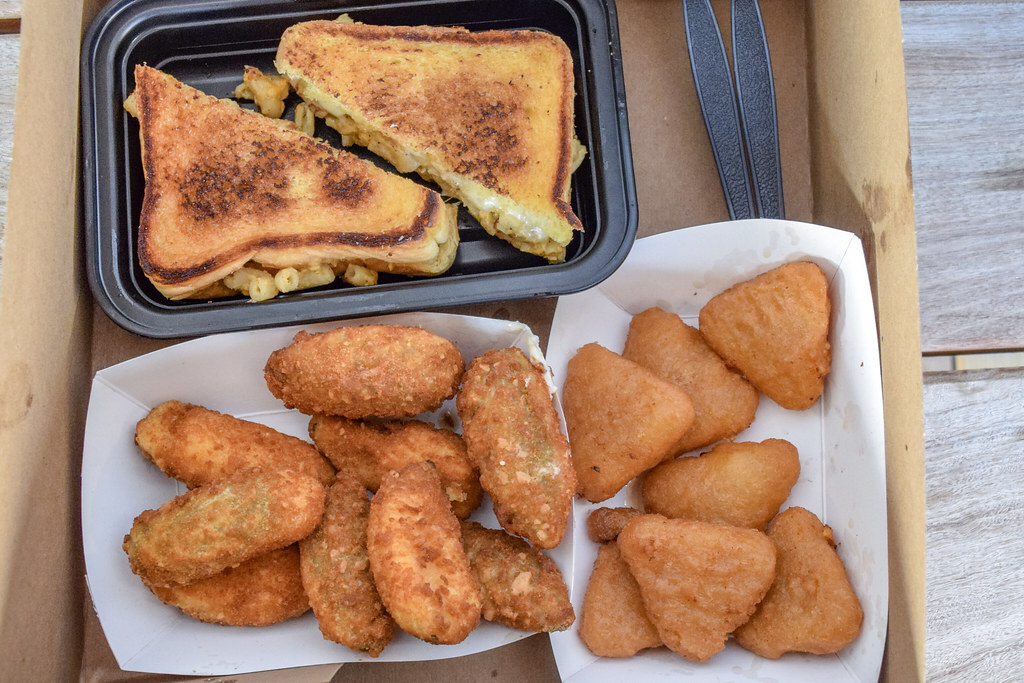 Parked right outside Stony Creek Brewery was the Shoreline food truck with a pretty good food menu. We stayed on the healthier side and ordered mac and cheese balls, stuffed jalapenos, and a mac and cheese grilled cheese.

New Haven is now one of our new favorite local cities. We still have so many restaurants and things to see here. Can’t wait to be back!