My boyfriend’s family lives on the North Shore of Long Island. Like, way, way up there. Like, where there’s one road in and not many options for food, or so at least I was told. But I kept seeing a place called Mill Creek Tavern on Instagram with some pretty bomb-ass looking food, so it piqued my interest. After much convincing, I finally got my boyfriend to come with me to this local spot in his own (old) hometown. 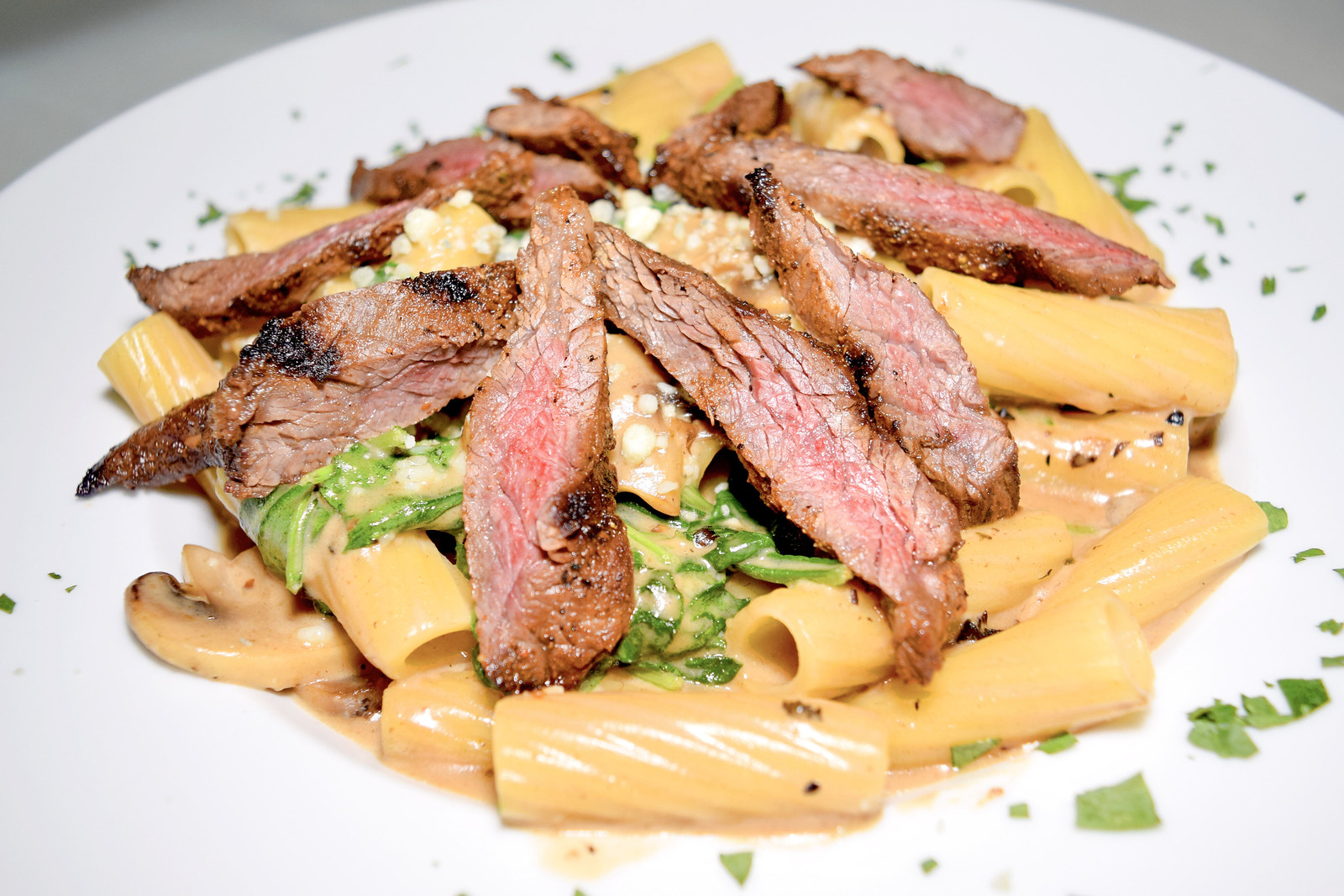 It’s an unassumingly quaint restaurant along the “main” street in Bayville, Long Island. Probably on the “fancier” side compared to the few other takeout spots nearby, so it’s understandable why his family hasn’t eaten here in quite some time. The menu looks revamped, with some very interesting options ranging from pierogies to Montauk swordfish to hickory smoked baby back ribs. 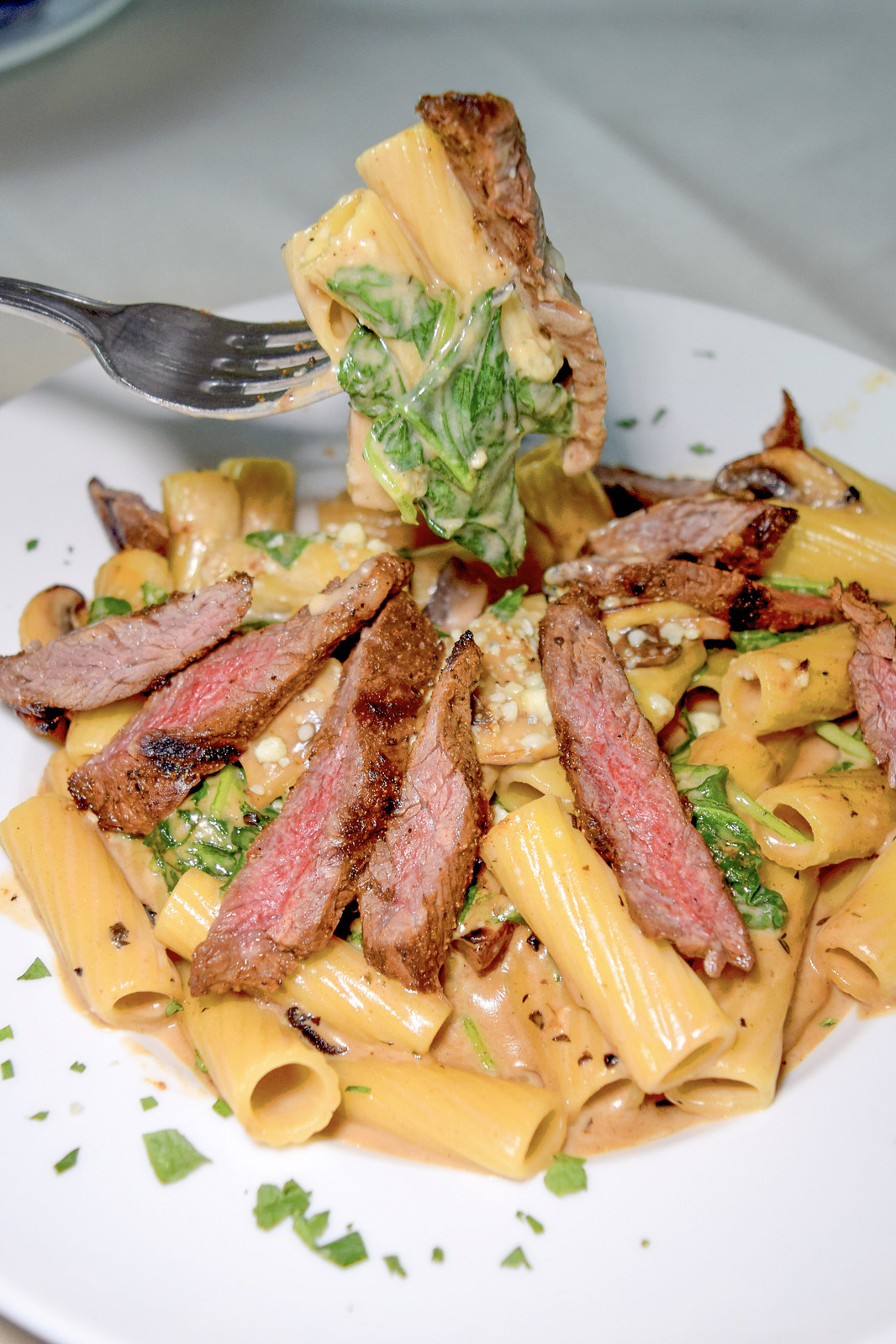 We ordered a bunch of things to try. First was the Rigatoni & Blackened Skirt Steak – spinach, grilled portobello mushrooms, and gorgonzola, in porcini mushroom-sage cream sauce. The flavors in the sauce melded wonderfully together, and I have still yet to create a decent replica of this at home. 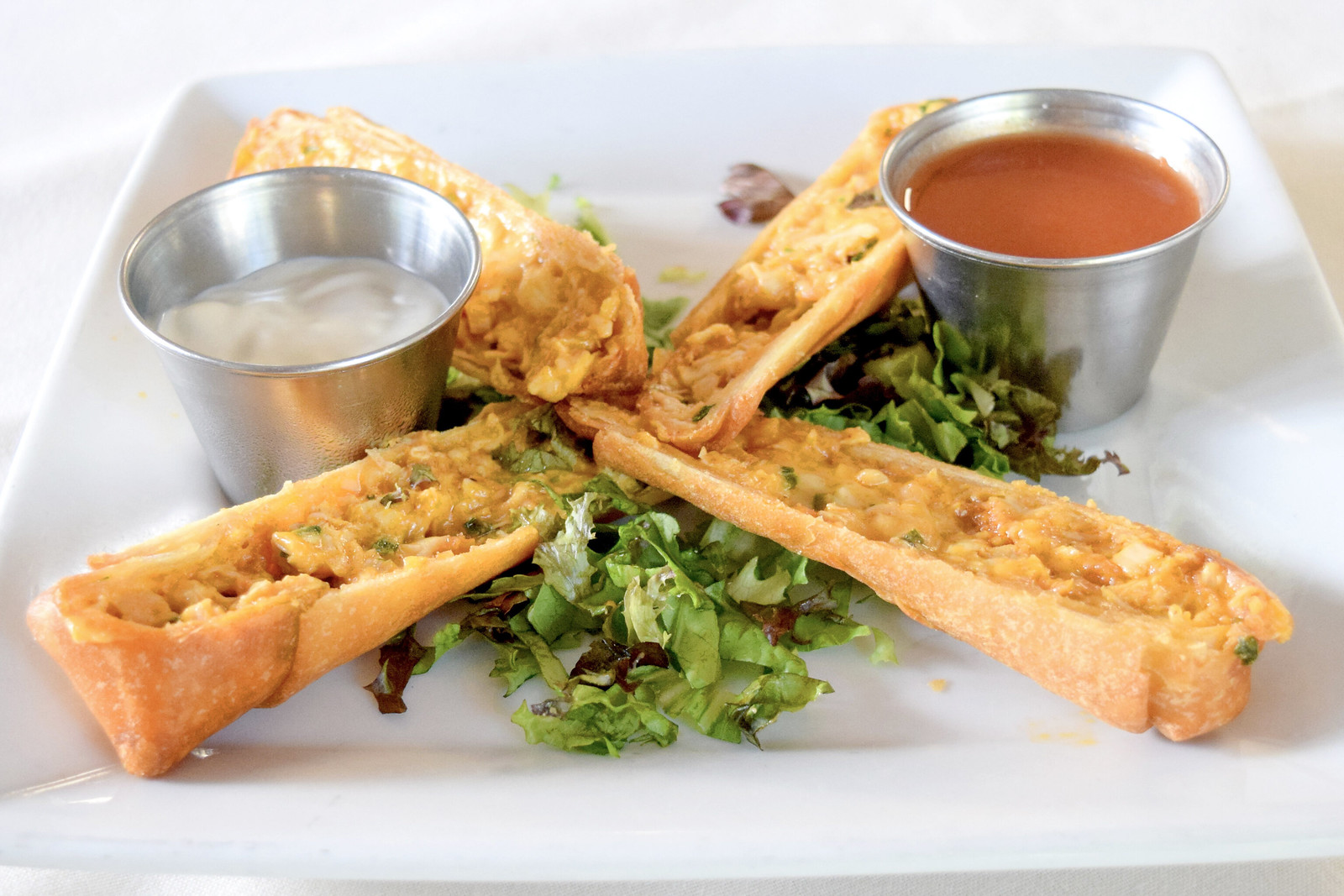 You have to give props to anyone who can fancy-up something called Buffalo Chicken Spring Rolls. The presentation of the spring rolls on the bias was not only aesthetically pleasing, but also helped with easy dipping and consumption. 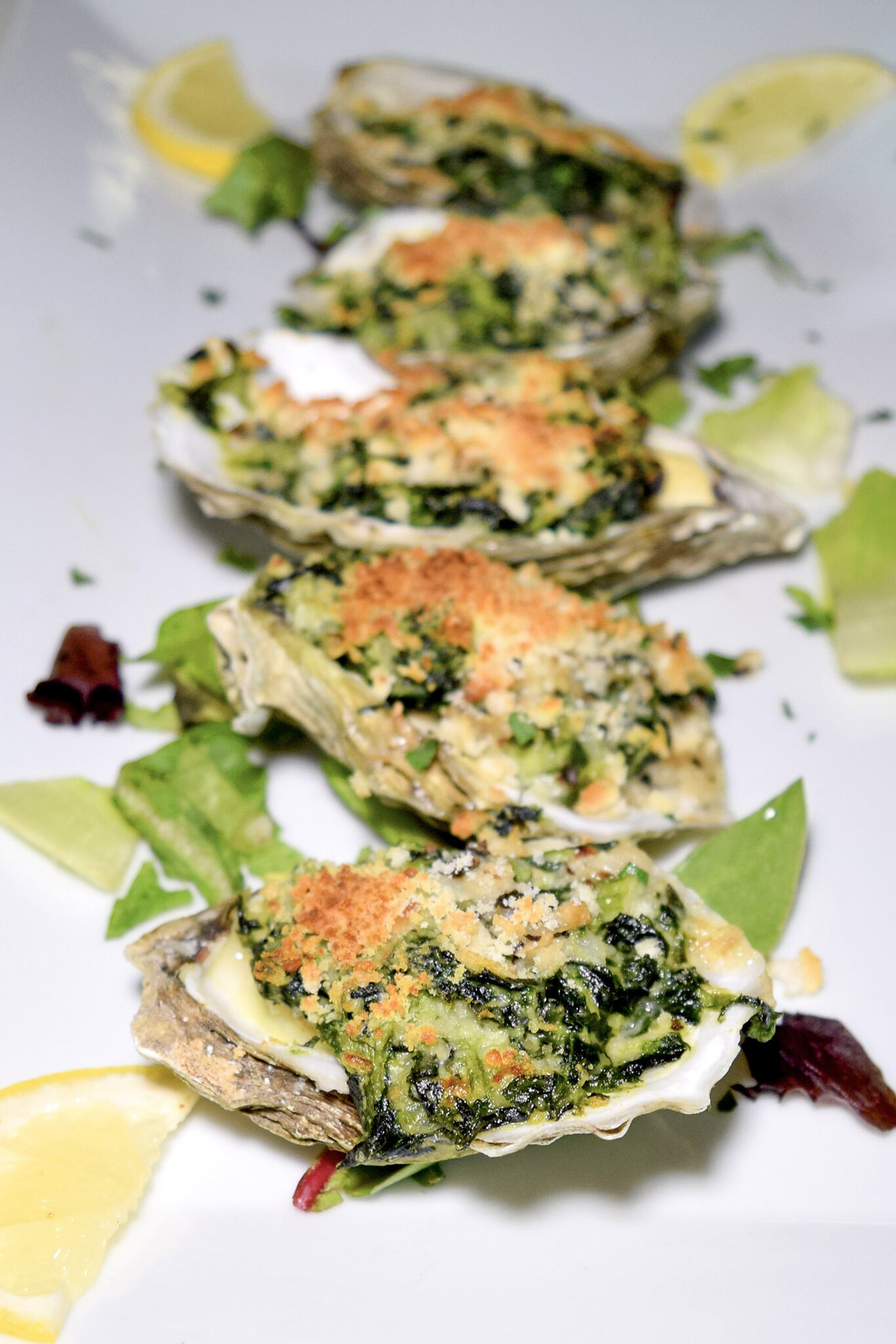 Although they do have a Baked Littleneck Clams Oreganata on the menu currently, I do recall this was a special on the night we went. These oysters were overflowing with flavor and I believe baked with garlic, spinach, and breadcrumbs. 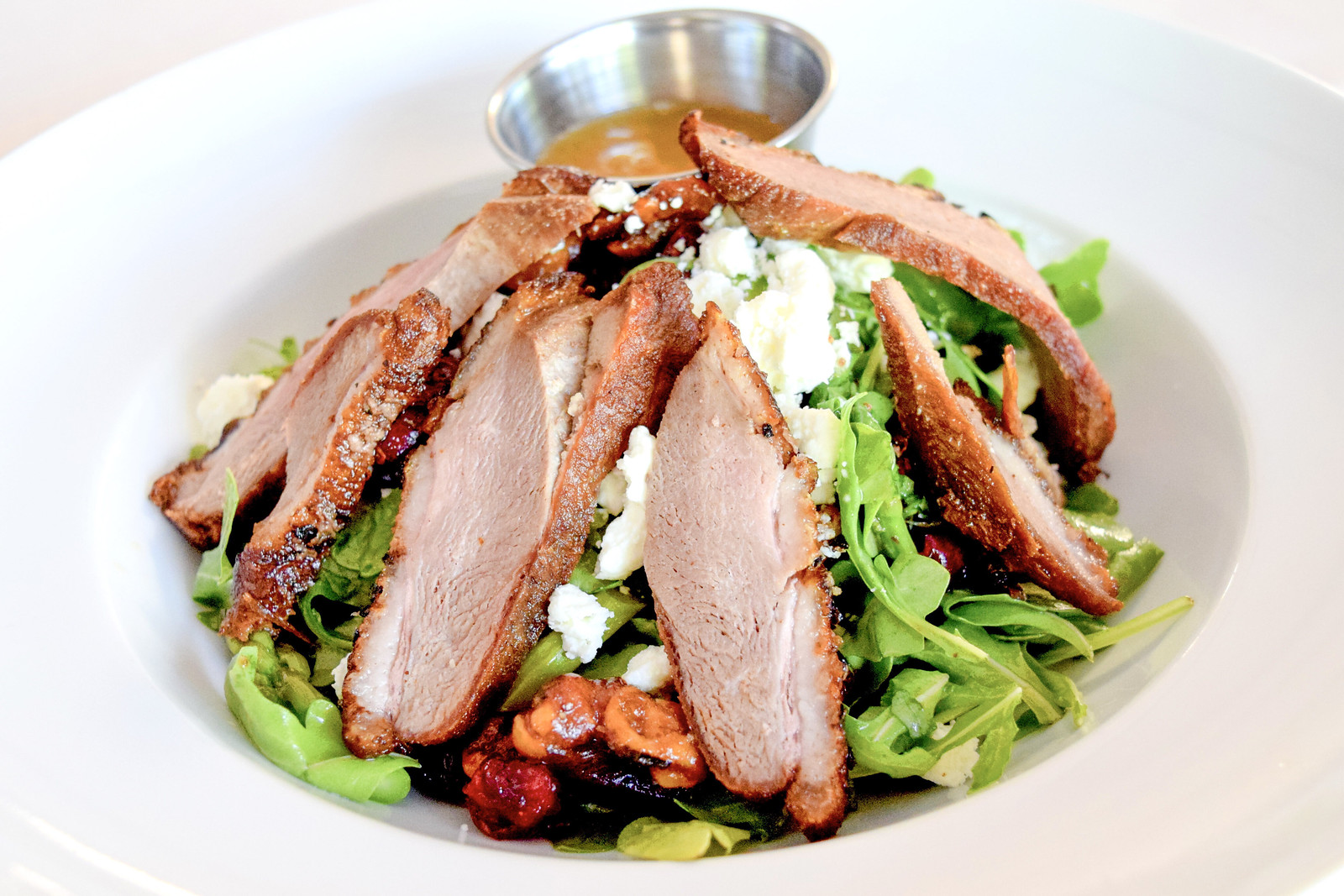 This was another special on that night – Seared duck breast salad. The crispy skin of the duck had some sort of sweet/savory glaze, and the meat itself was tender and juicy. Mixed greens, nuts, cranberries, and goat cheese accompanied the slightly warm duck breast. 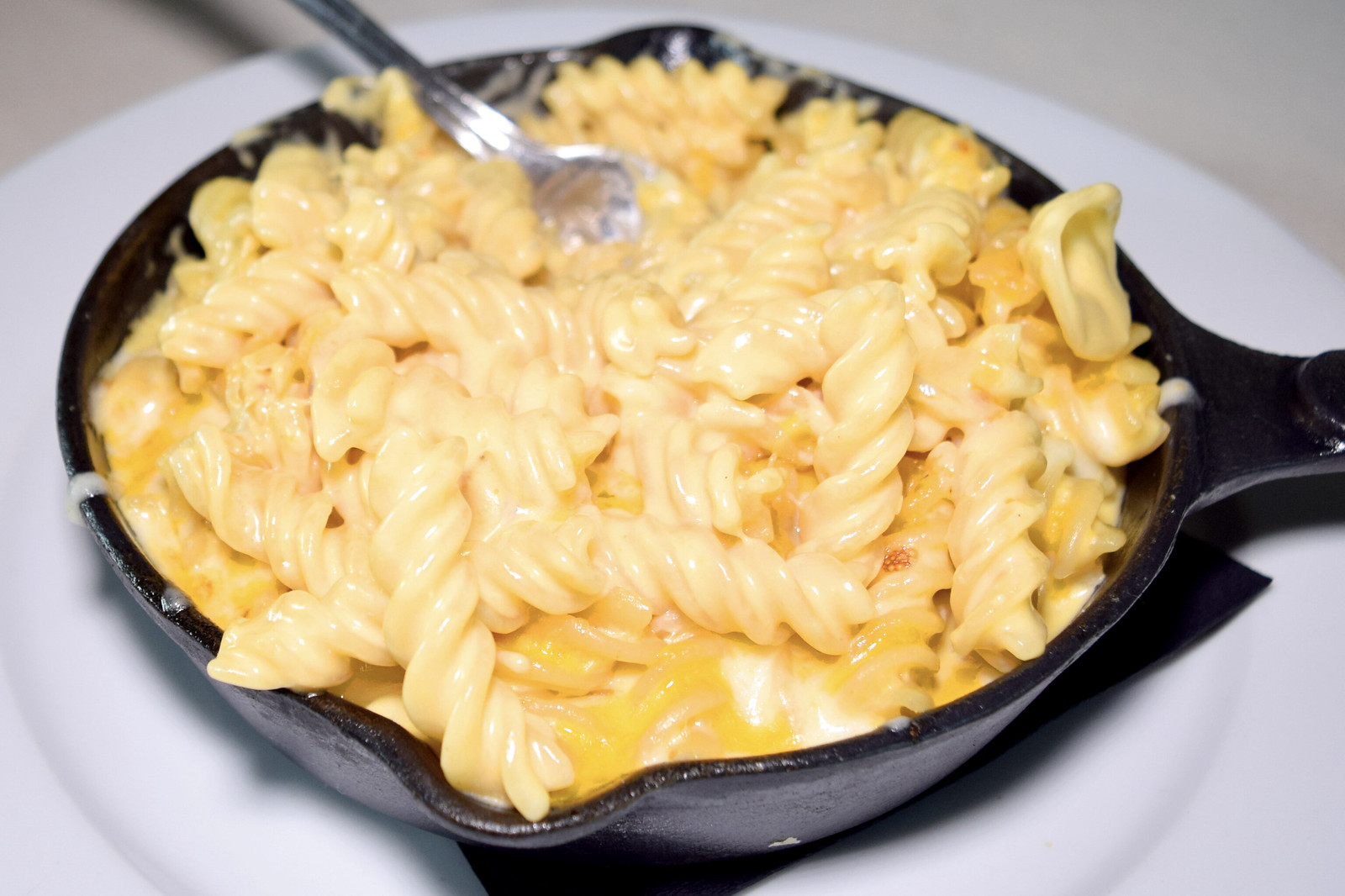 Now this was the *real* reason we were here. All the Instagram photos/videos I saw of this restaurant focused on this bangin’ cast iron skillet filled with creamy mac-n-cheese. Called the “MCT Homemade Macaroni & Cheese”, it is just cheddar cheese, American cheese, and fresh cream. Like, why can’t my mac-n-cheese come out like that at home?? 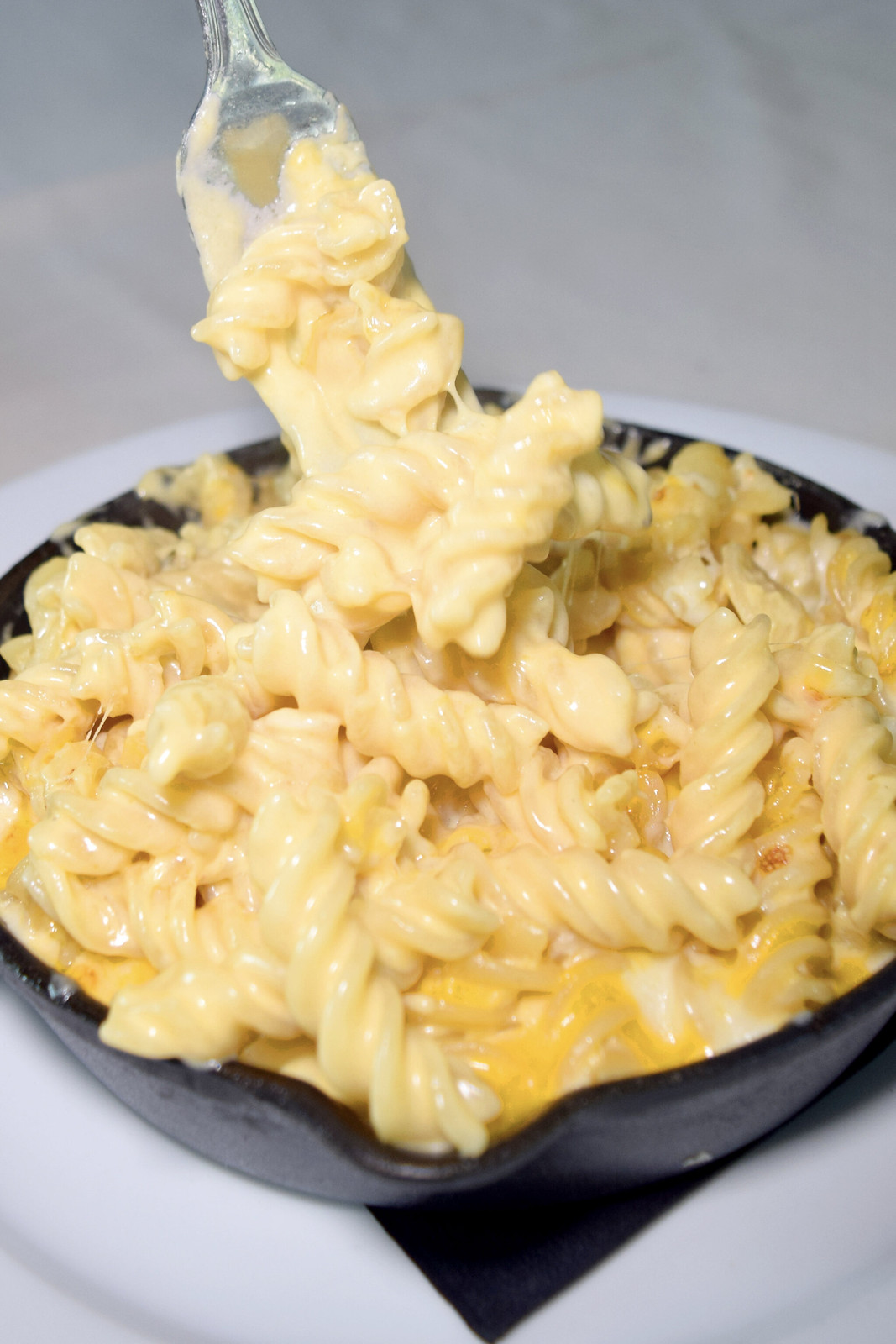 Cast iron skillets are more than just serving-ware – the function is to keep the food evenly warm and ready to eat at all times. Which is exactly what it did here. The basic cheese sauce was smooth and not gritty like how some sauces can become, and the pasta retained its texture the entire time. Honestly one of our favorite mac-n-cheeses thus far. 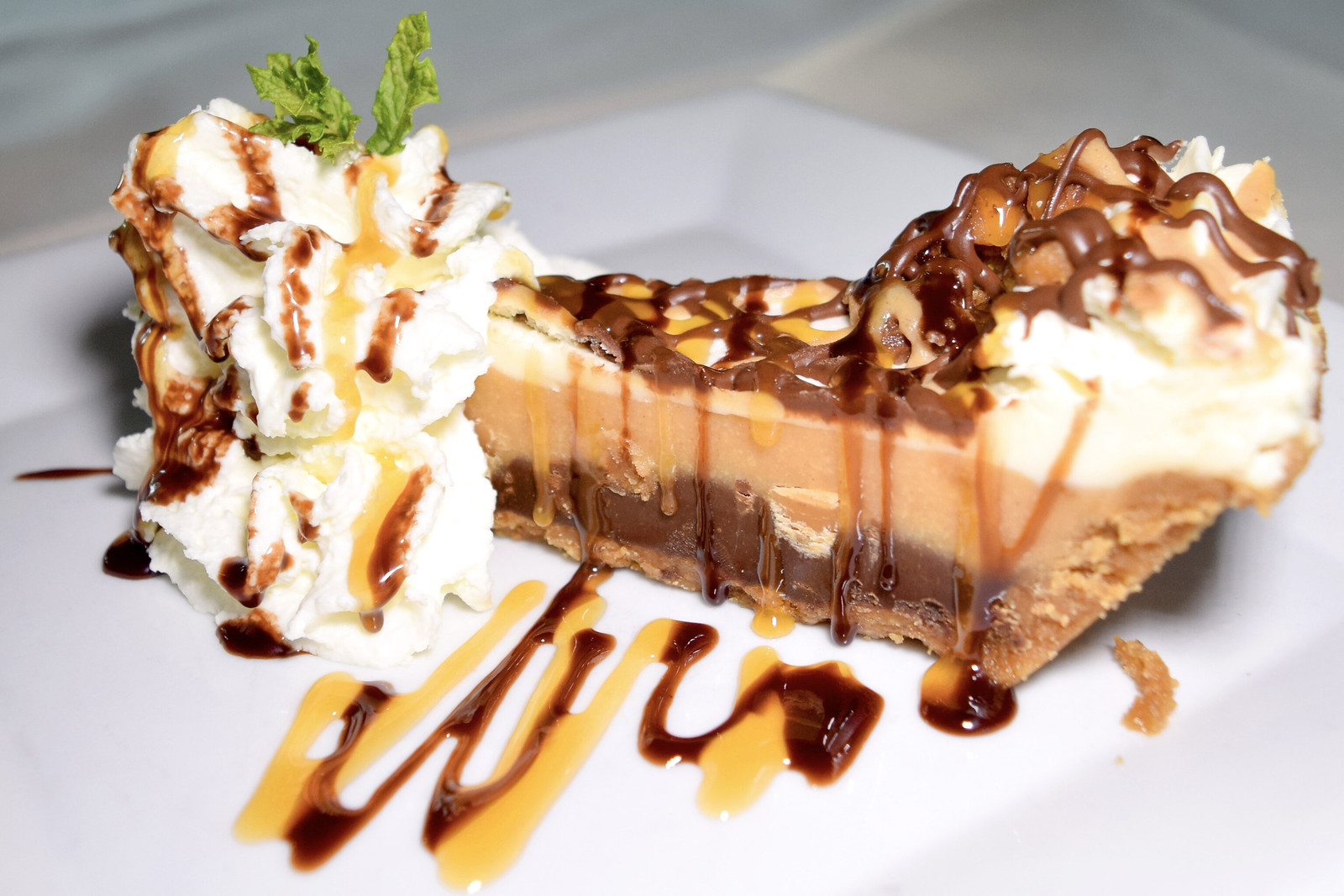 And a little slice of peanutbutter pie doesn’t hurt to end off the night. Overall, an extremely lovely restaurant with an eclectic but not overwhelming menu, and very attentive staff. I think this can convince anyone who doesn’t live near Bayville to go out of their way to try this place out.