I’ve worked near the Bryant Park area for about 5 years or so now. I rarely explore lunch options nearby, mostly because I’d rather starve to death than pay $12 at some crowded cafe being pushed around by people in suits where the food ends up being mediocre anyway. Okay, that was a slight exaggeration, but you get it. 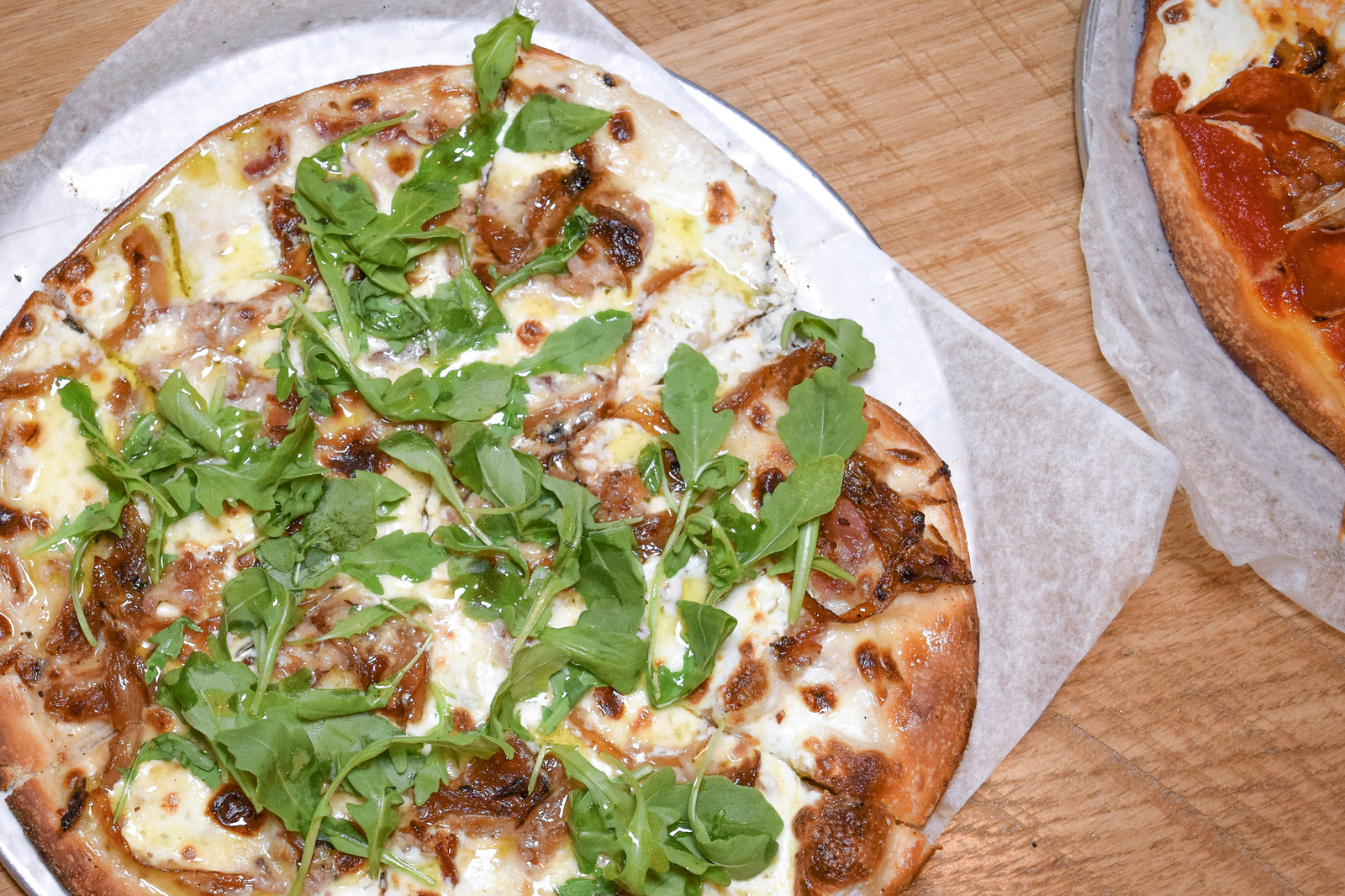 I passed by this place called Stone Bridge Pizza and Salad a few times (it’s in the direction towards Grand Central on 41st), and I was like, hmm.. these look like some boojie ass pizzas and I’ll probably never try them. 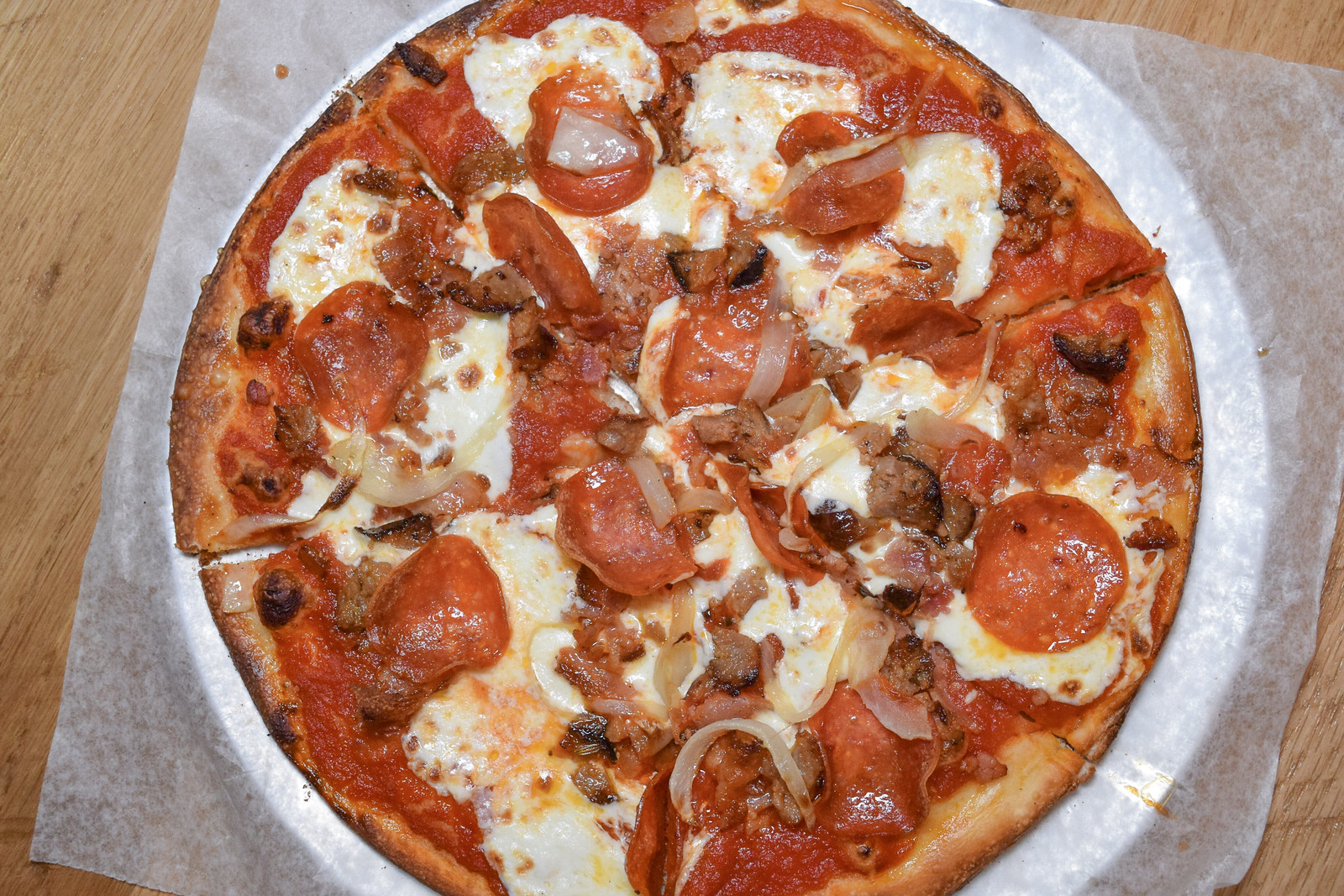 But one day, my boyfriend met me after work and we walked around for quite some time until we got hungry. He’s notoriously a pizza-lover, so I figured we would give it a shot. The space was super cute and the menu was very straight forward. You either choose between their signature pizza pies, or you can create your own. (Same probably goes for their Salad option, but I mean come on, it was us). 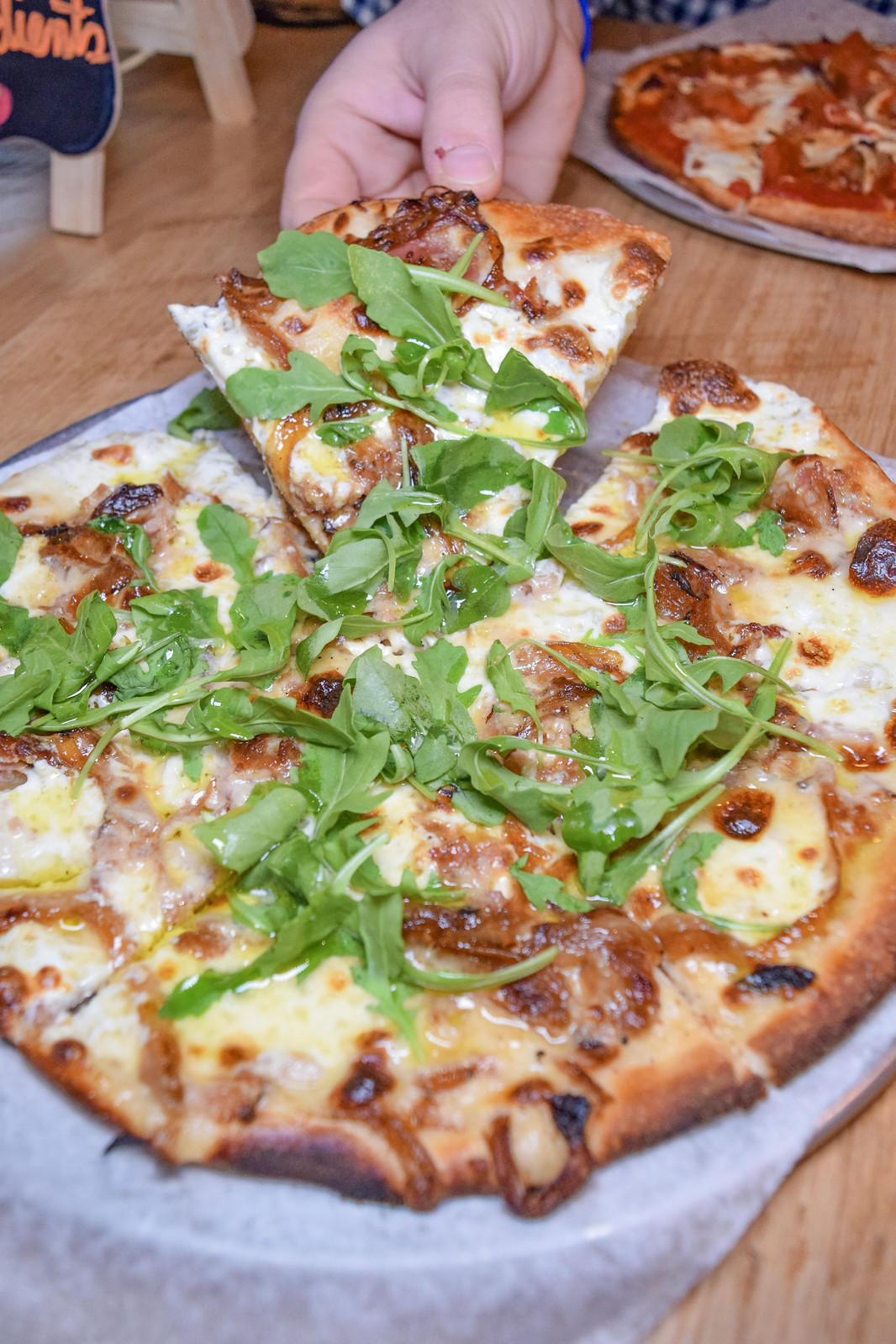 This was their “White Pizza” – Pecorino bechamel white sauce, mozzarella, caramelized onions, bacon, arugula, and a drizzle of truffle oil. Besides the obvious phenomenal truffle smell, the thin crust with all that cheese and bechamel was a dream come true. (And the crust held its form even with all that weight!) 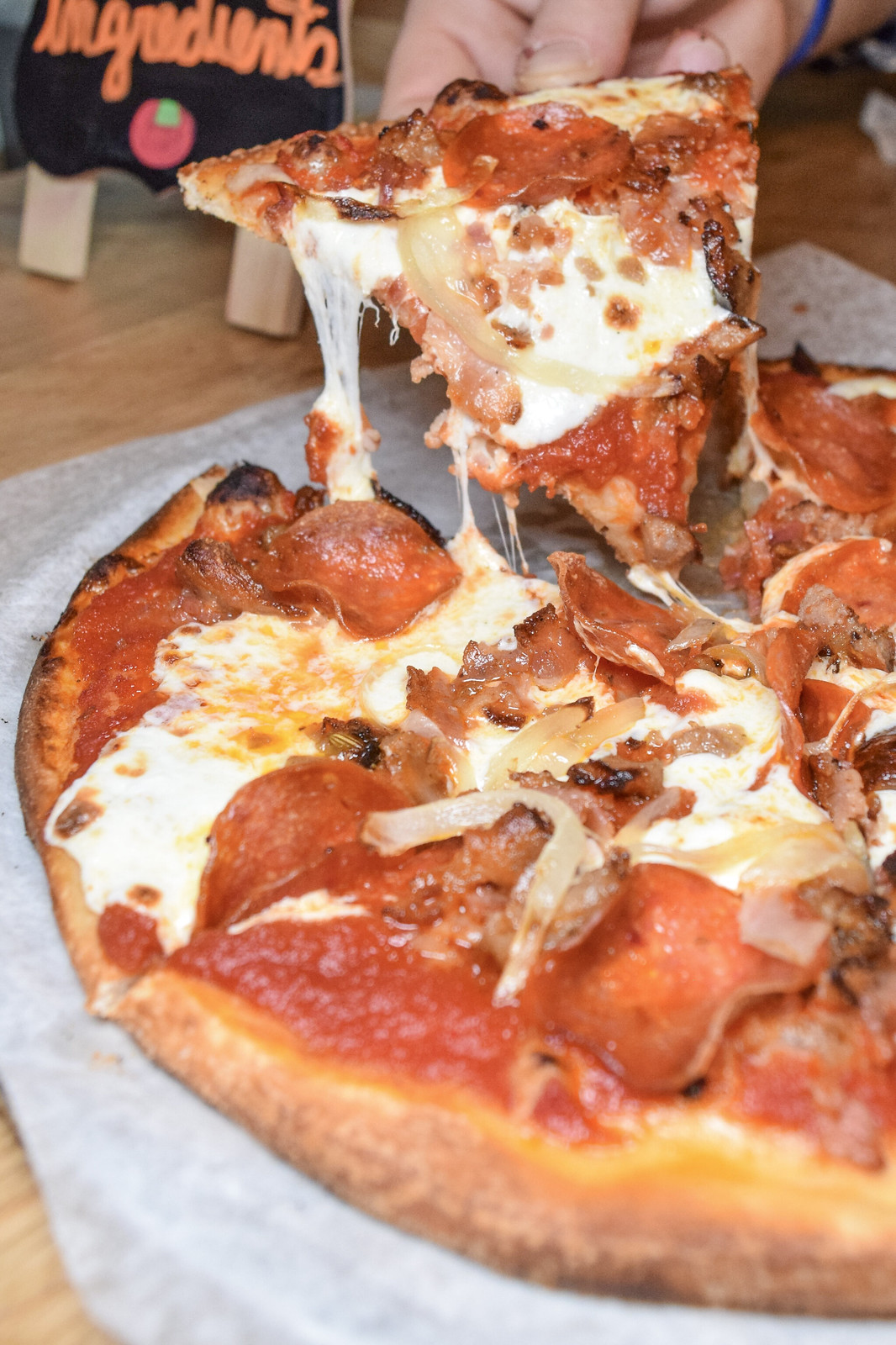 Being that we are complete fat-asses, we ordered another pie – the “Meat Lover”. Fresh tomato sauce, mozzarella, pepperoni, sweet Italian sausage, bacon, and onions. Also included here is a legit cheese-pull.

Overall, excellent pizza – the quality of the ingredients are fresh and you can taste that this isn’t your local greasy pizza joint. Although the prices weren’t too sky-rocket high, I’ll still probably not be ordering work lunch from here in the near future. I would, however, be willing to stop by after work-hours with the boyfriend again (given that he pays!).