Brother’s Taverna is a hidden gem I stumbled upon recently. Their menu is seemingly Greek, as one would expect in Astoria, but the owner and chef is actually from Albania. So among the typical Mediterranean fare, you’ll also find authentic and intriguing Albanian dishes. 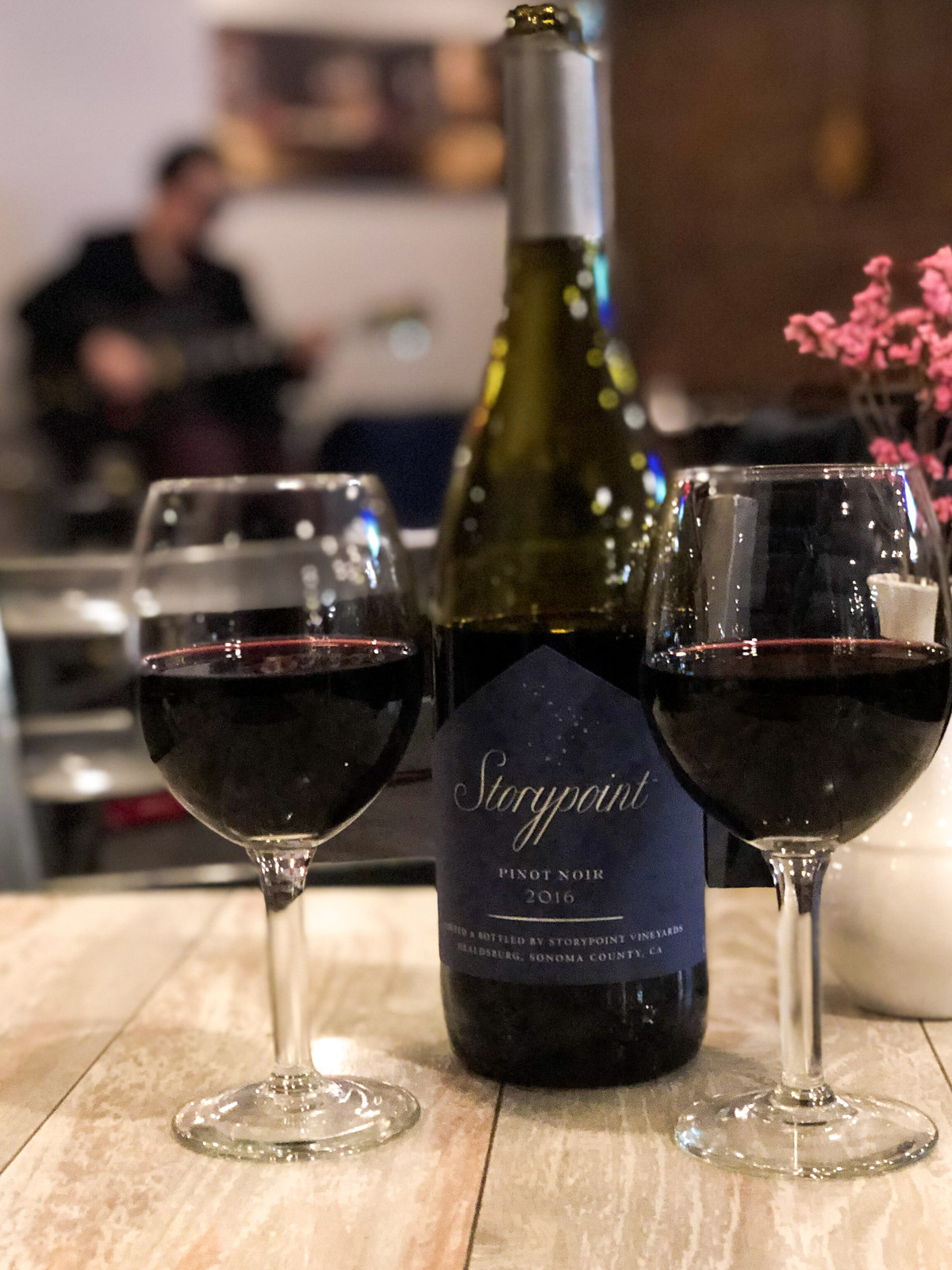 The interior is adorably decorated with a mix of modern and rustic aesthetics. One side of the restaurant is lined with floor-to-ceiling windows perfect for people-watching, and the other side has a beautiful brick facade.

Also note – every Wednesday there is live music (you can sort of see in the background), which is both fun and relaxing. If you’re lucky you might get an authentic Albanian ballad sung to you as well. 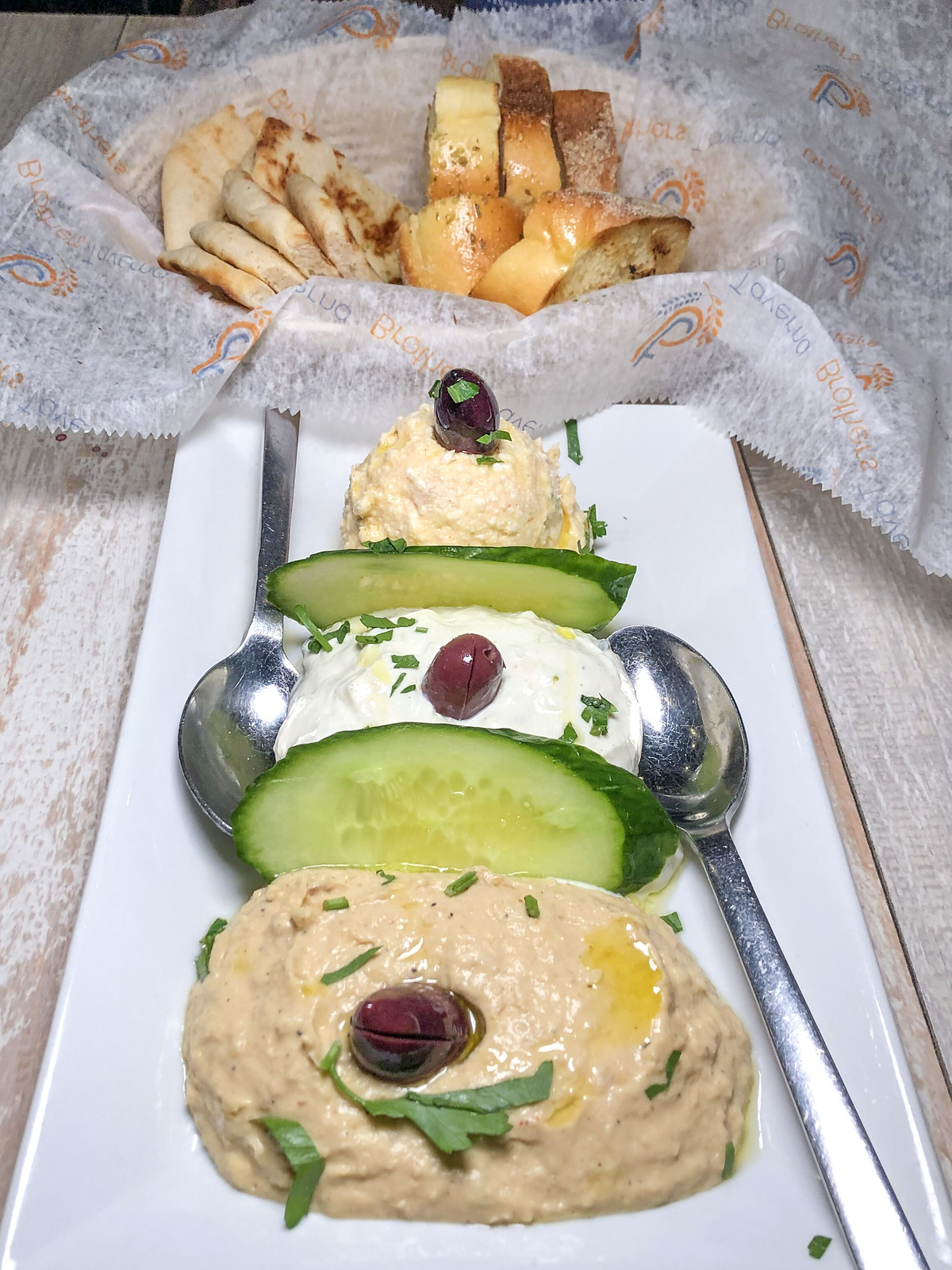 We started off with the assorted dip platter. The hummus, tzatziki, and tirokafteri came with a basket of bread and pita for dipping. Tirokafteri, which I can’t pronounce properly for the life of me, is a spicy and salty Greek feta spread. 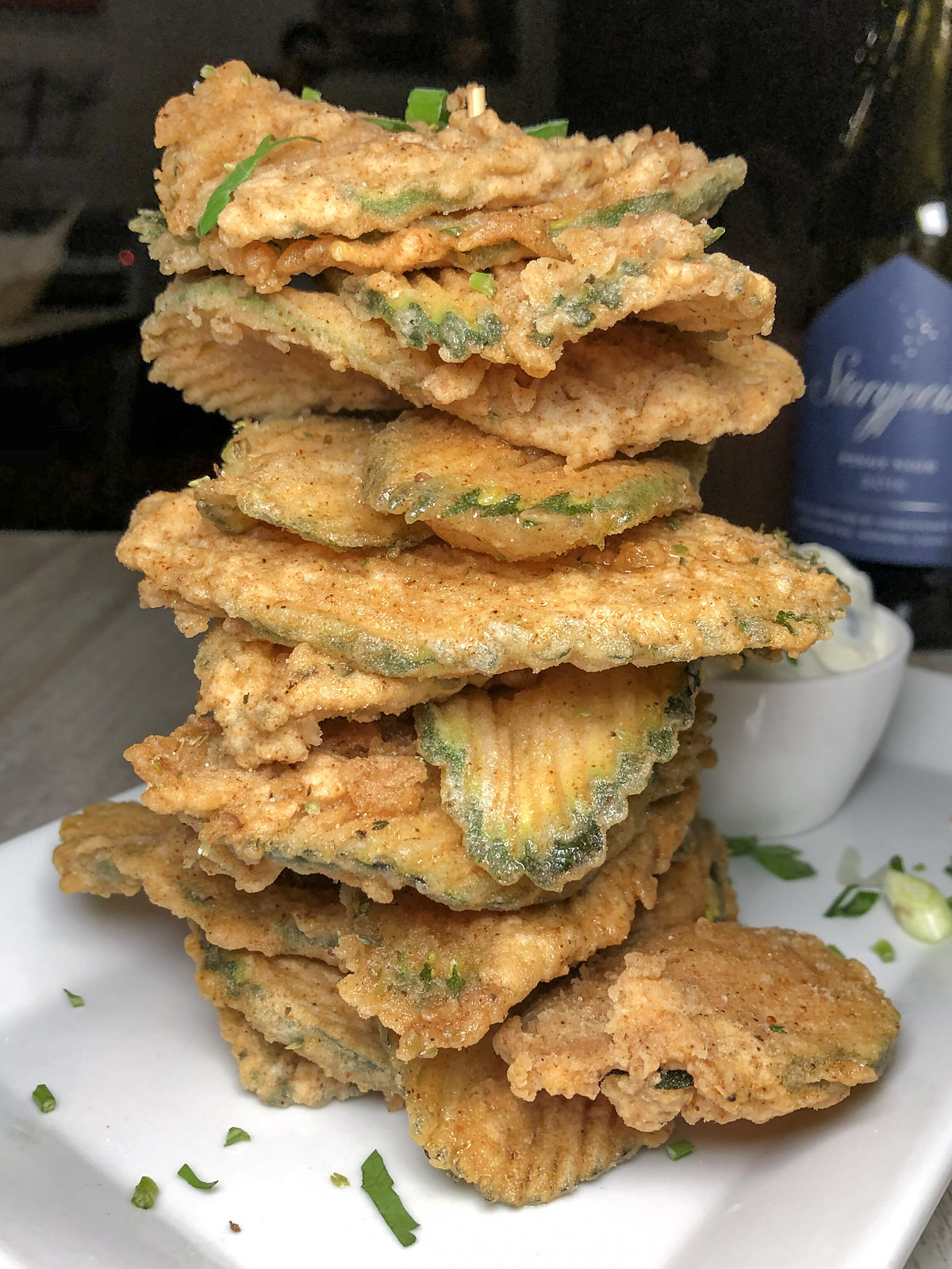 Rarely do veggie dishes blow me away, but these zucchini chips were unbelievable. The breading was so light but also crispy, something hard to achieve. 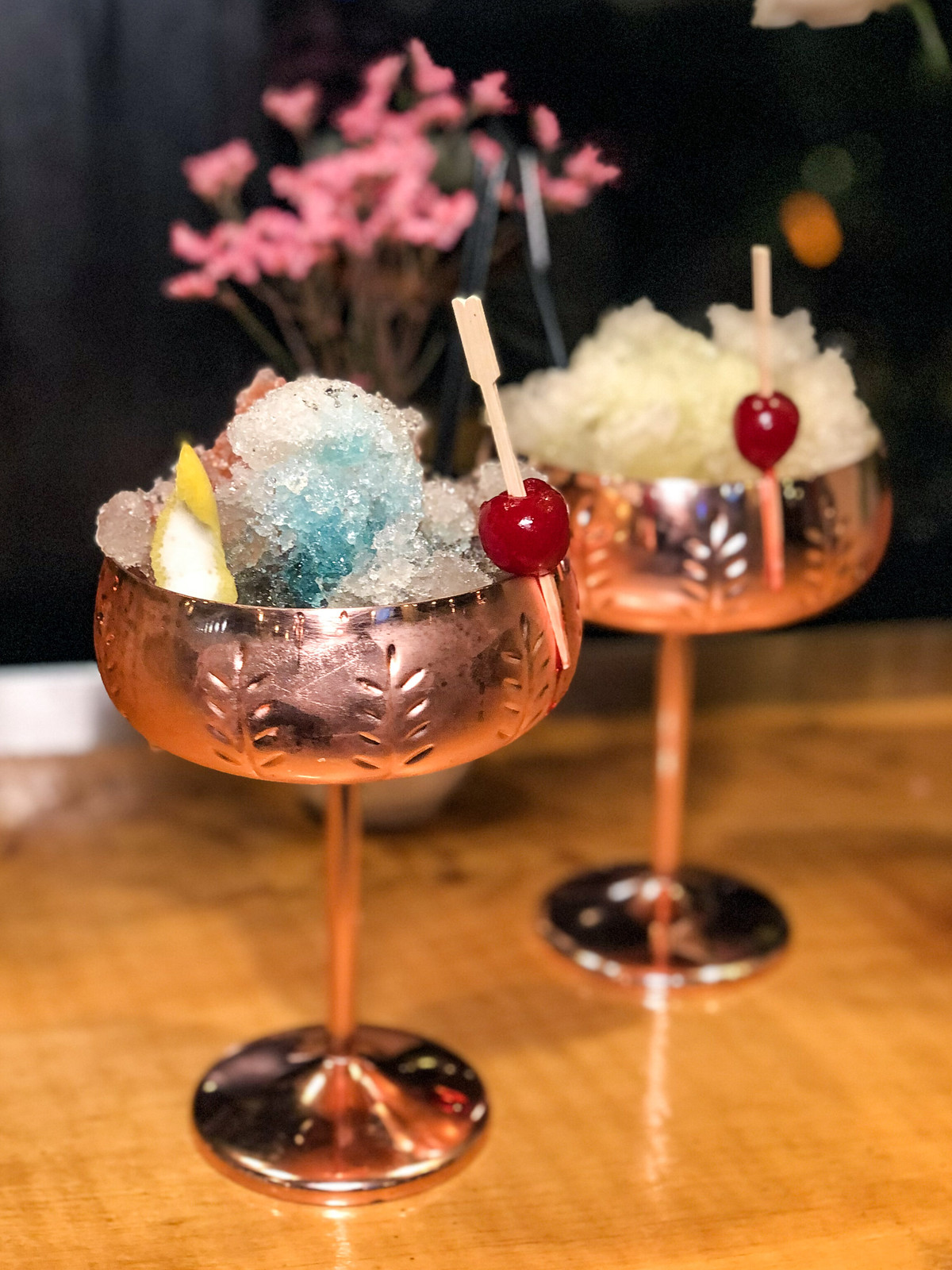 We got a round of cocktails from the bartender that I have no idea what they were. Some type of alcoholic snow cone it appeared to be. 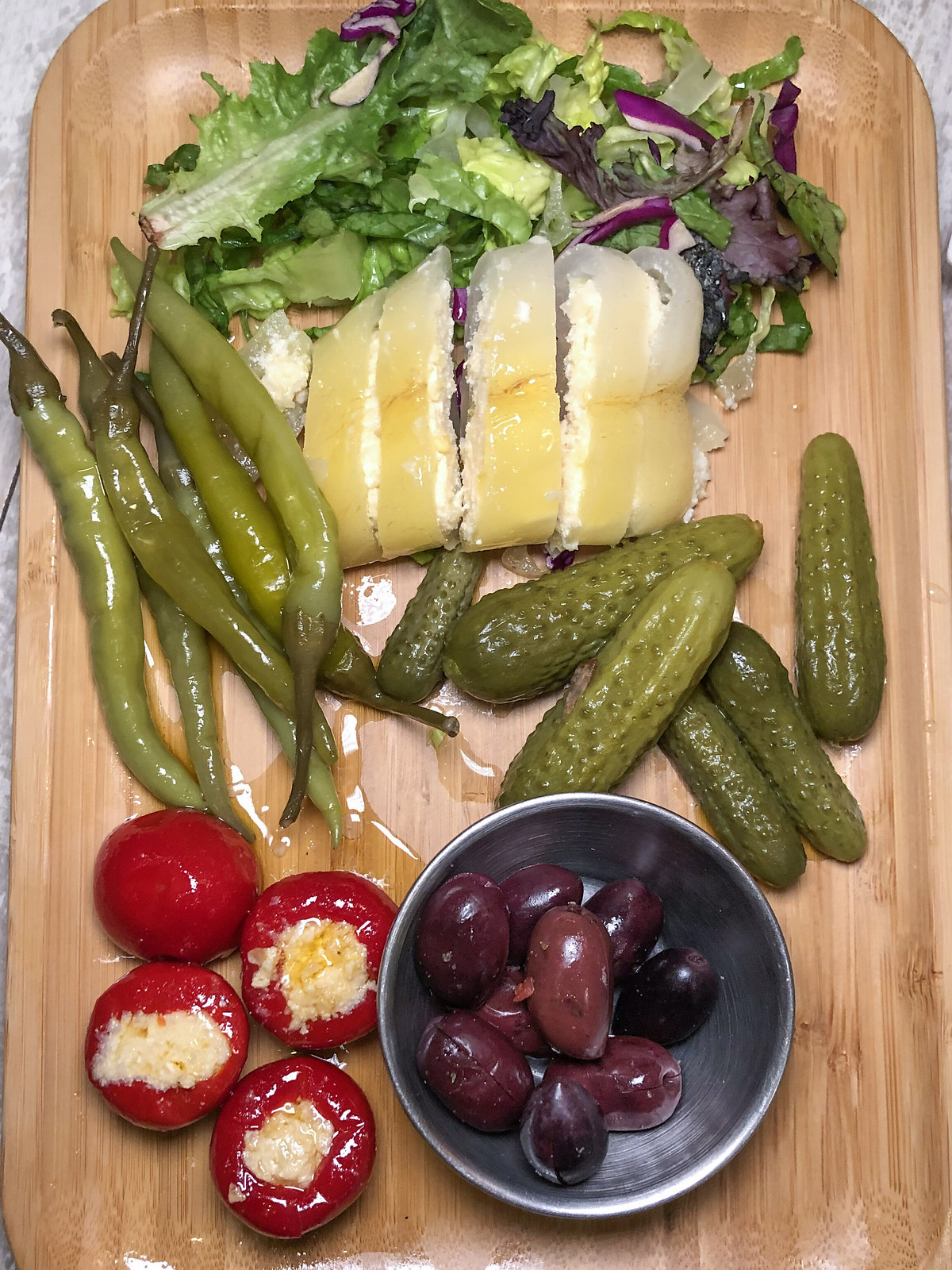 Not your average pickled veggie platter that’s for sure. I was told that some of these guys were fresh off the boat from Albania. Absolutely loved the spicy pickled peppers stuffed with cheese. 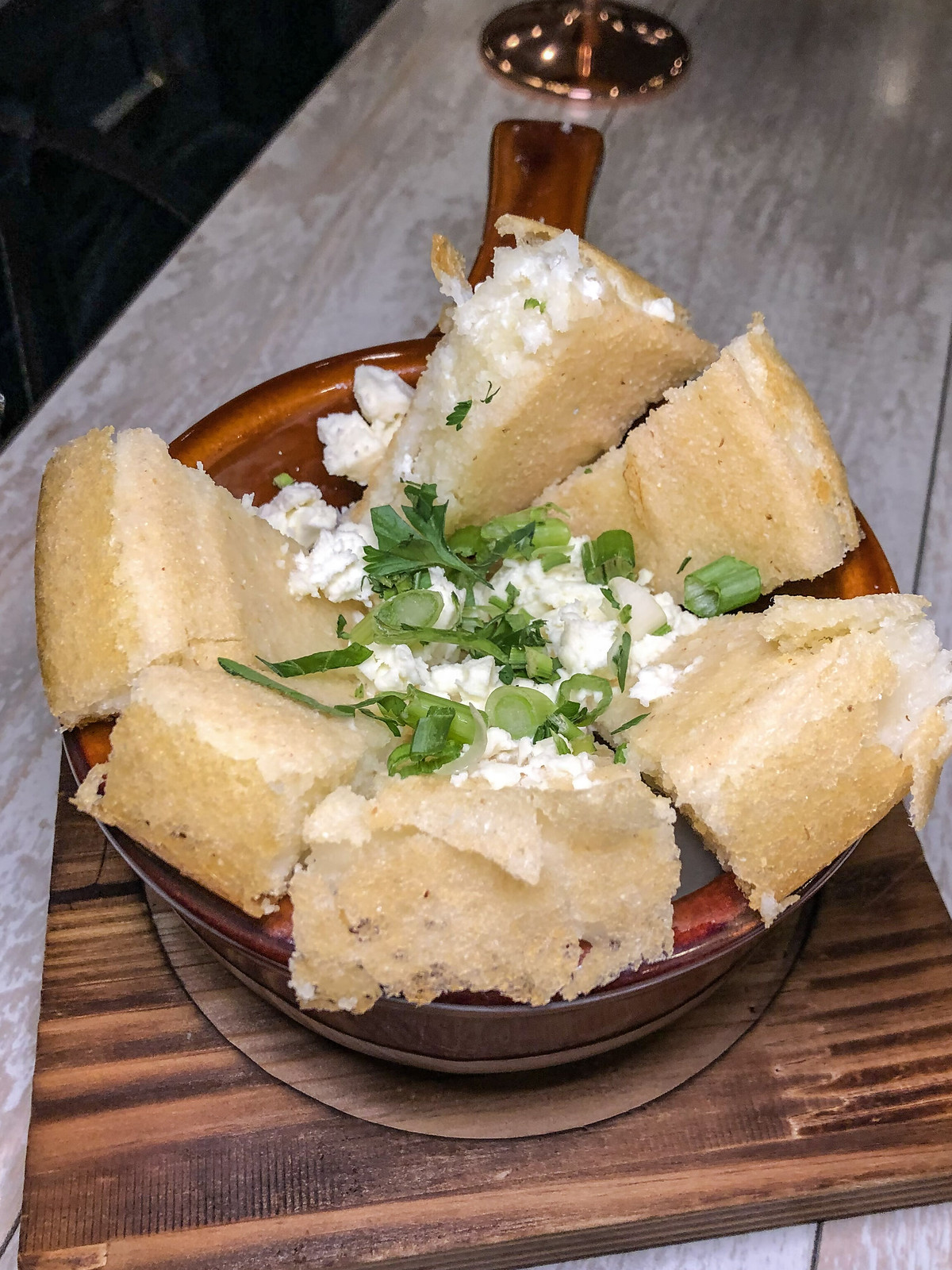 I think this dish is called “buke misri”, but not positive. It’s basically an Albanian cornbread with some type of special milk/cheese. No joke, the bottom of the bowl has some type of legit dairy that is super hard to find in the states. 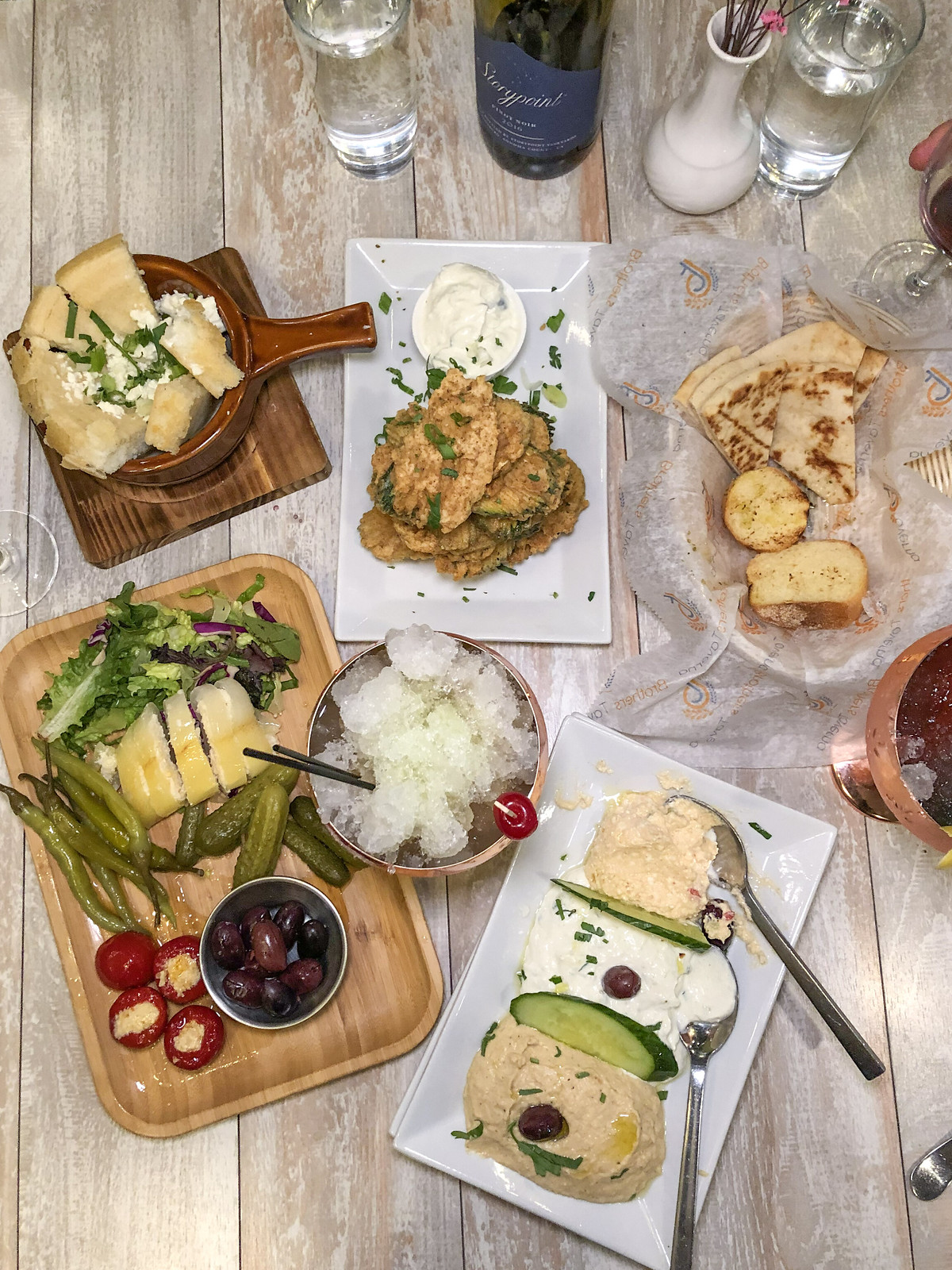 Not a bad start for just the appetizer round. Clearly this was the beginning of a doggy-bag situation. 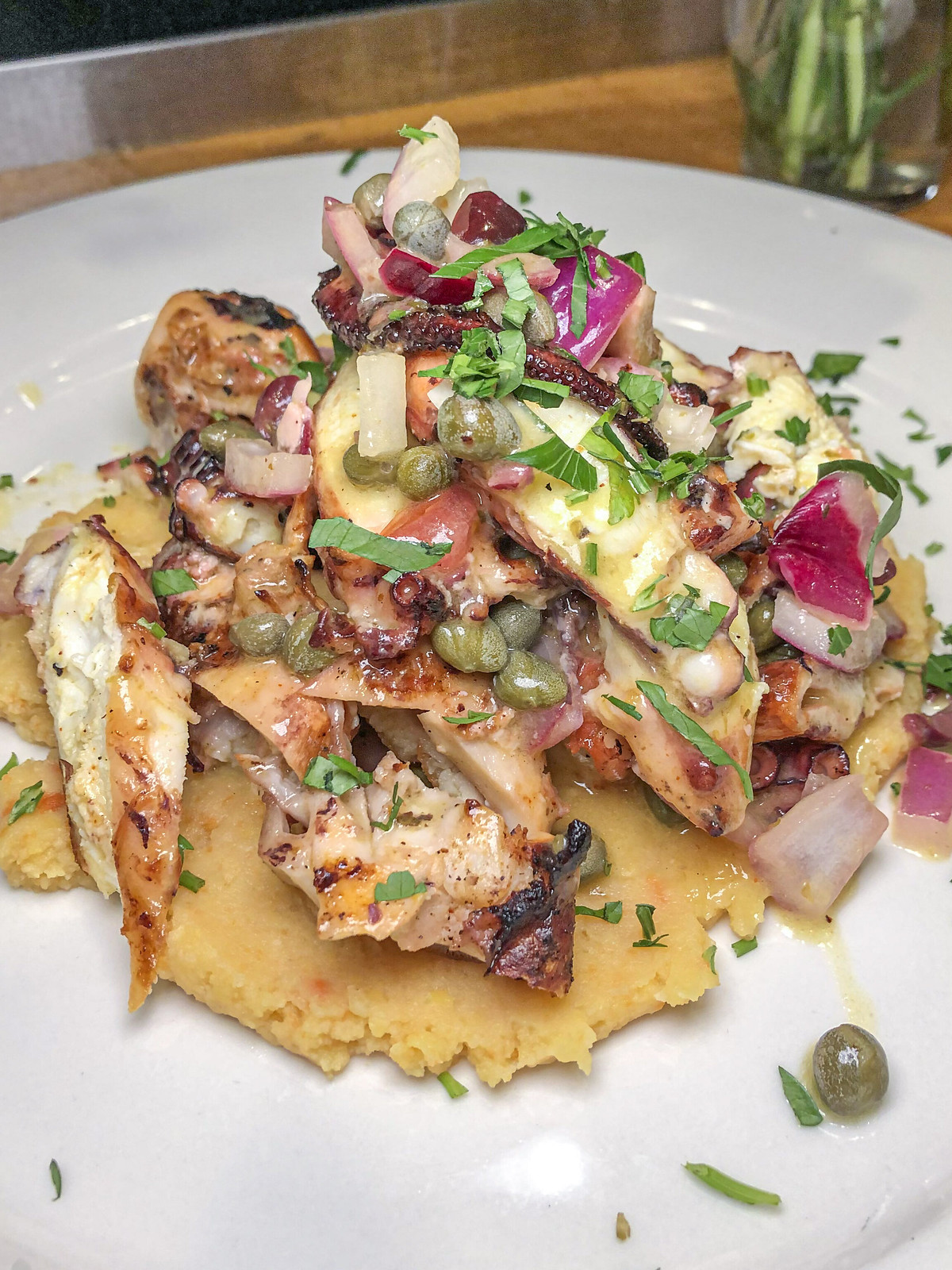 This gorgeous dish is the Grilled Octopus. Unlike typical Greek-style grilled octopus which is plated simply, this came topped with capers, tomatoes, olives, and onions. It’s set atop a pile of mashed fava beans which was a great bed to catch all the briney seafood juices. 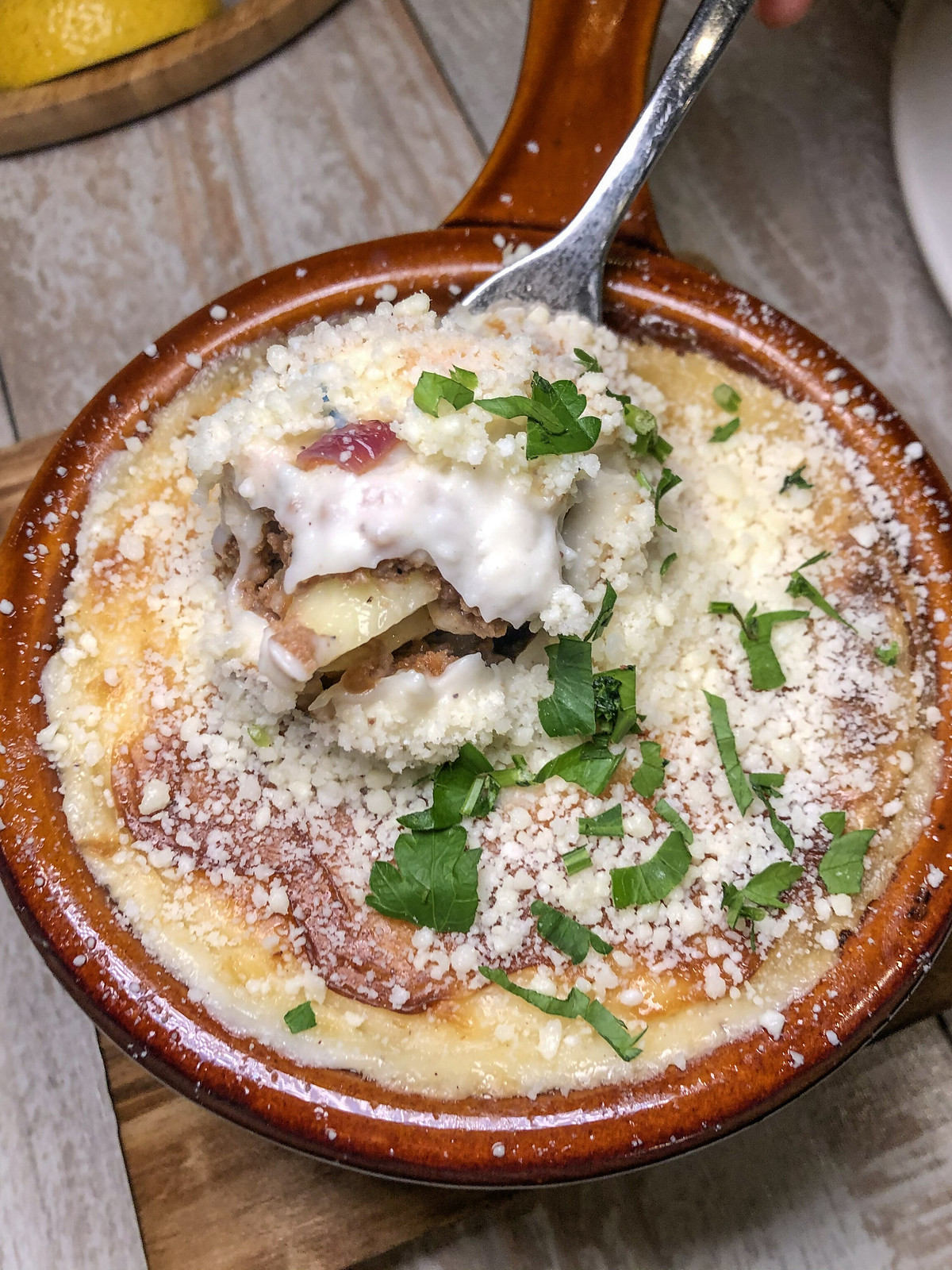 One of my favorites everrr – Pastitsio. It’s a baked dish consisting of some type of ground meat, tubular pasta, and covered in a bechamel sauce and baked until bubbly. 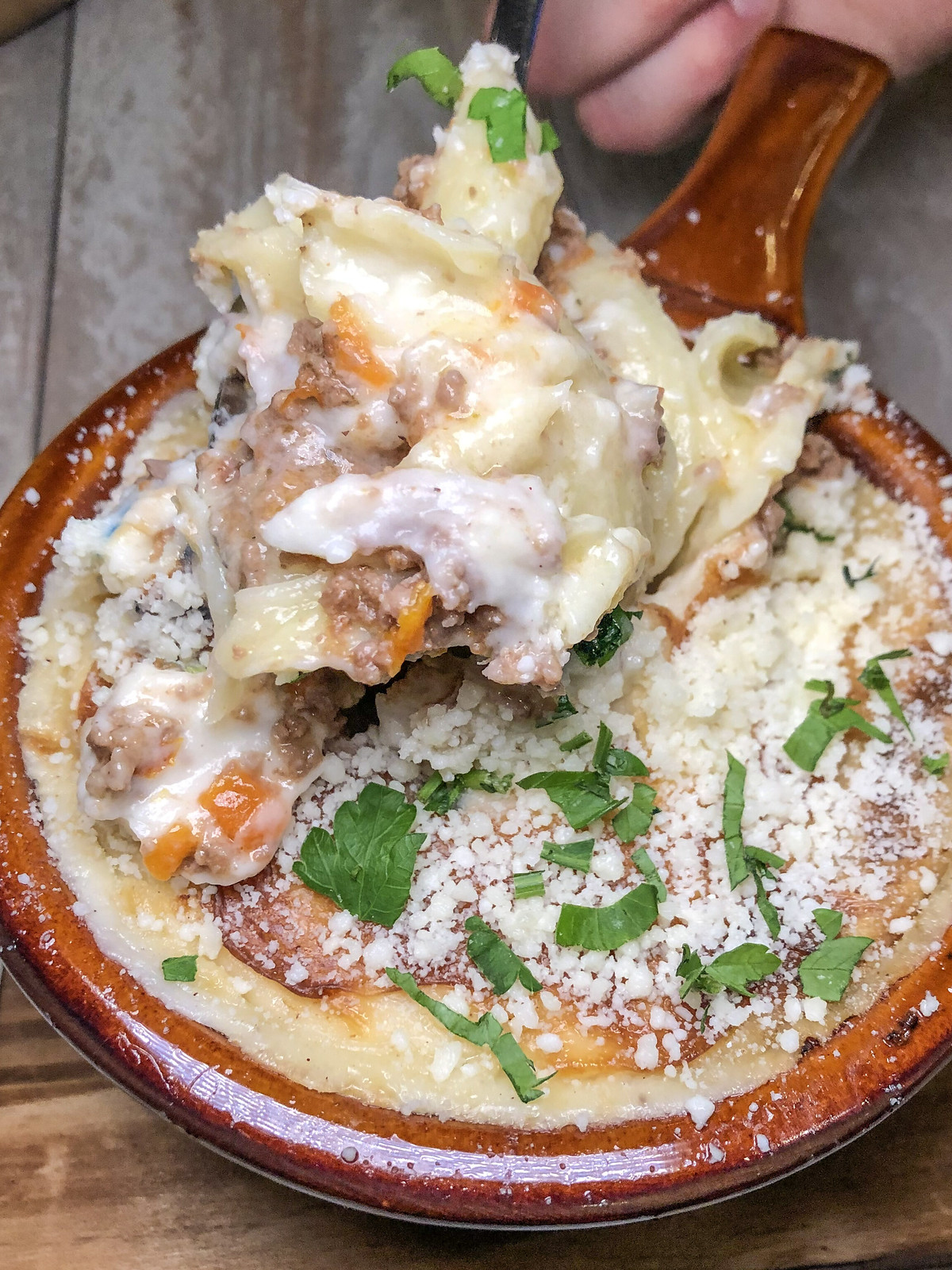 Think: Greek style lasagna. The perfect mix of savory and creamy. Exactly what my dreams are made of. 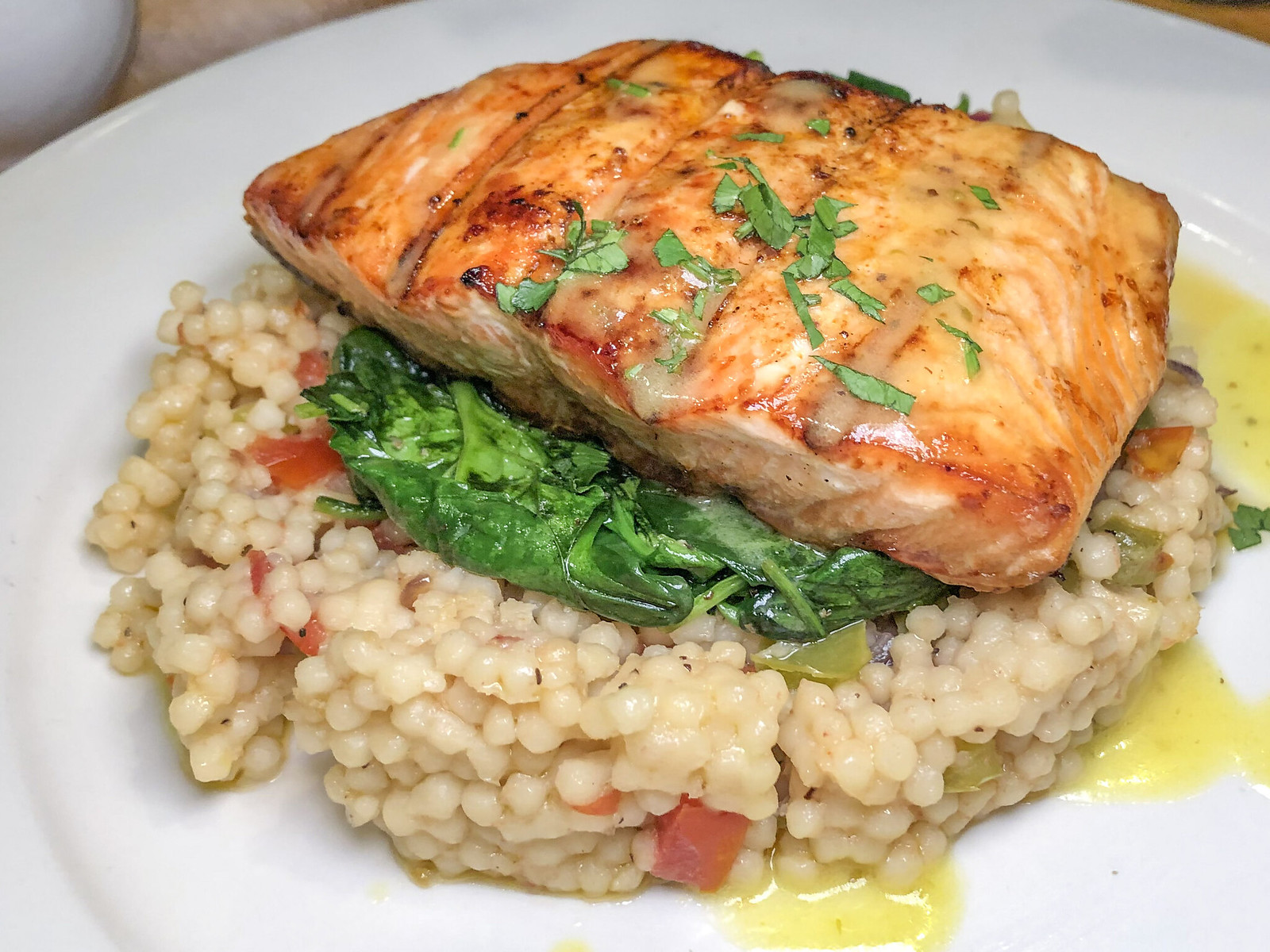 I usually pass on grilled salmon entrees at restaurants since they can be so one-note. But after a bite of this grilled salmon over couscous and spinach, I can never go back. 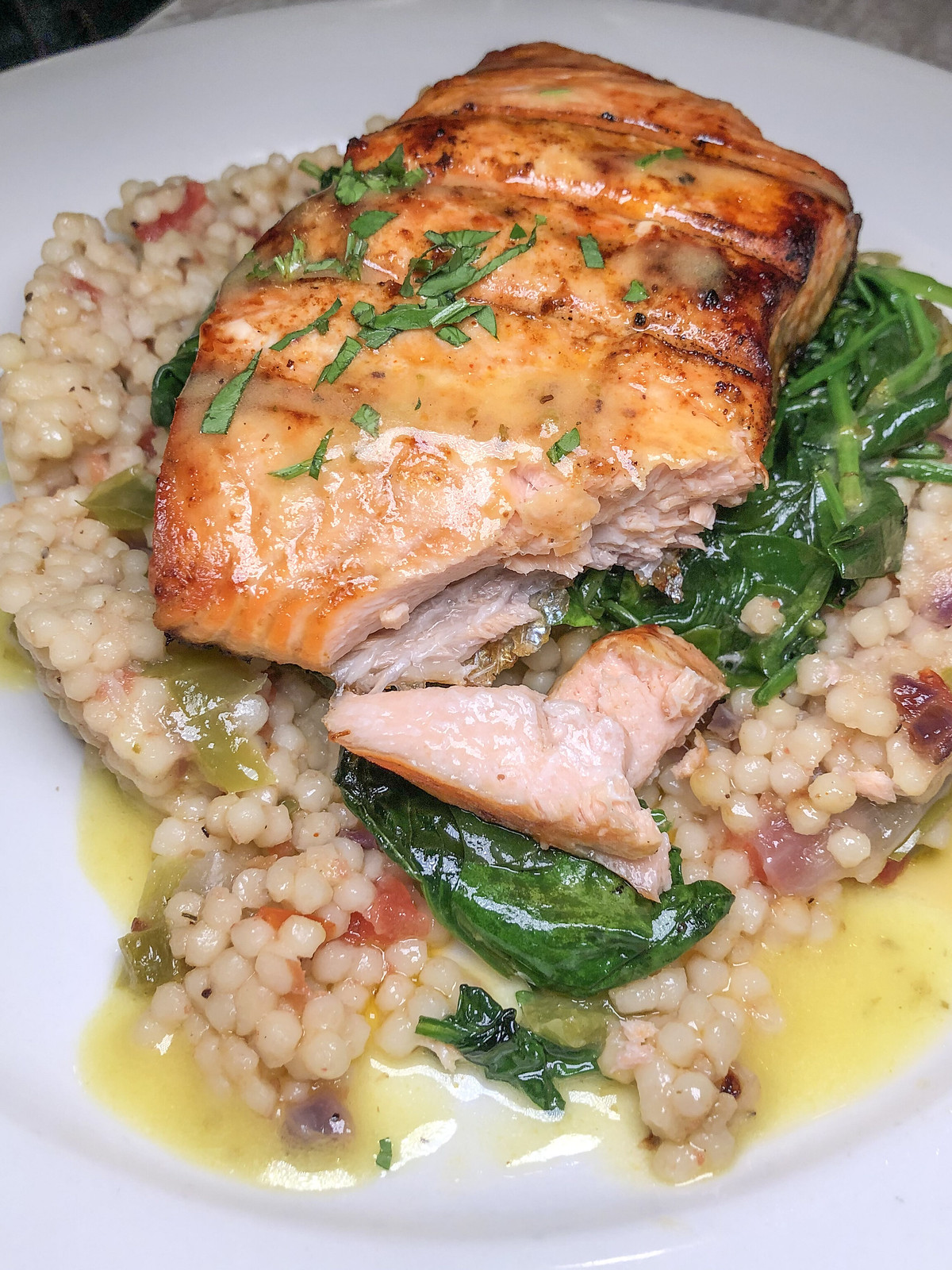 Even though the salmon was perfectly tender, it was the couscous that surprised me the most. It was bright and acidic and held its own weight against the salmon and spinach. 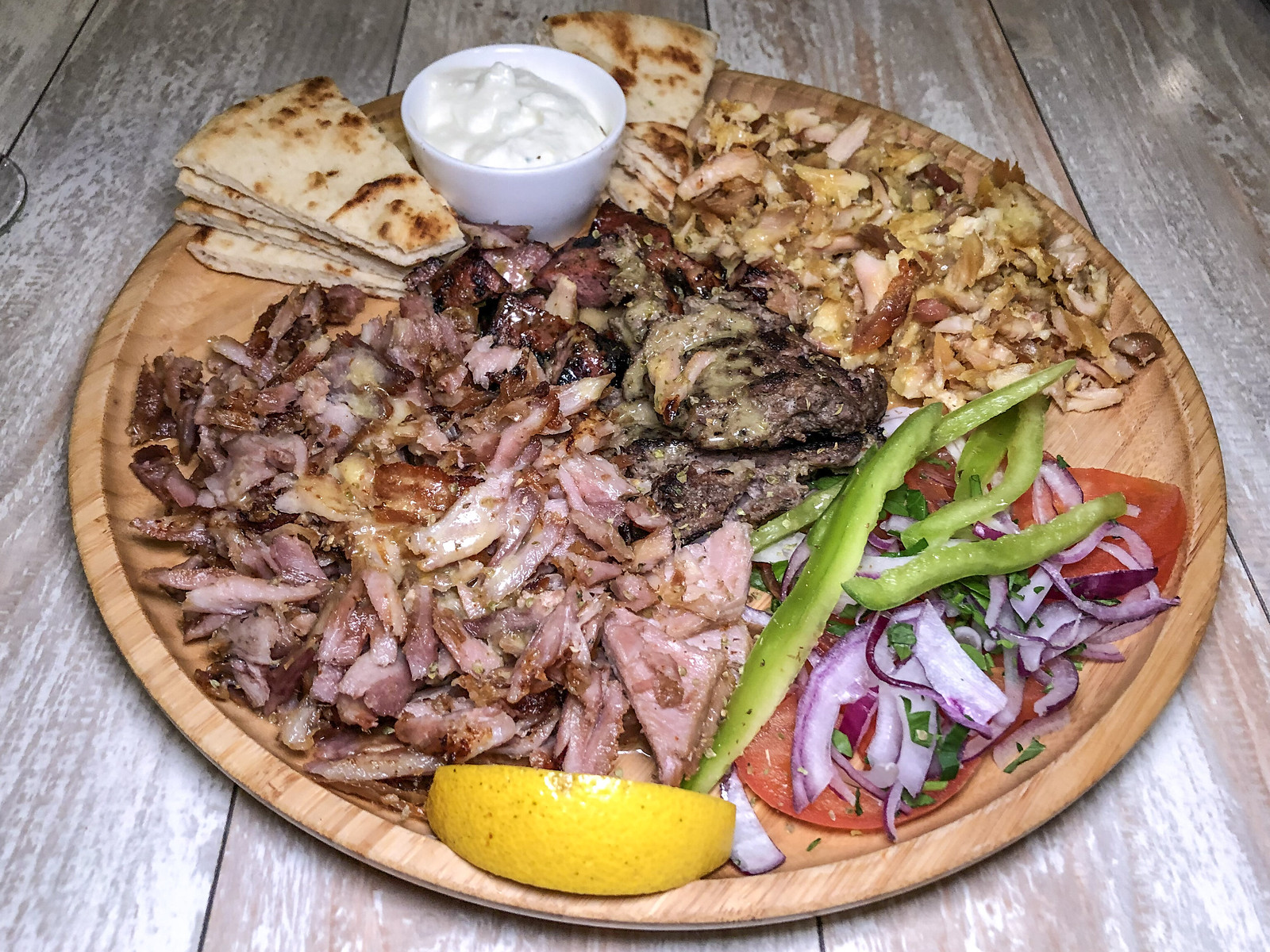 Still not done eating, nope. This enormous mixed meat platter had more than enough food for two diners on a normal night. It was chock full of bifteki, chicken, and pork souvlaki. It also came with sliced sausage, veggies, tzatziki, and pita bread. And holy crap was it good. 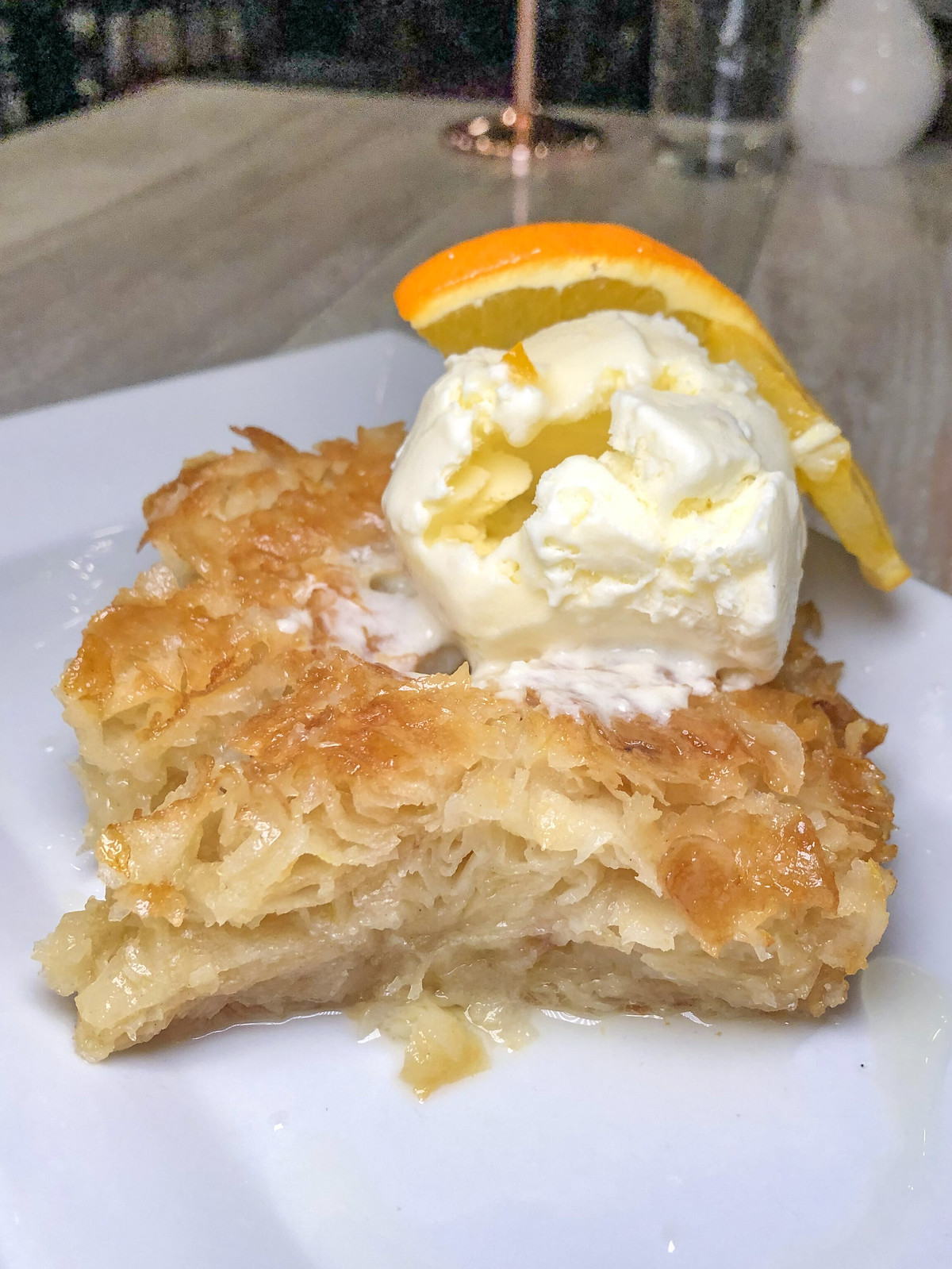 Dessert #1 was this orange flavored phyllo dough dish. Softer than baklava, and luckily less sweeter than it too. It was my favorite of the two desserts we had, and the pinch of citrus was a nice touch. 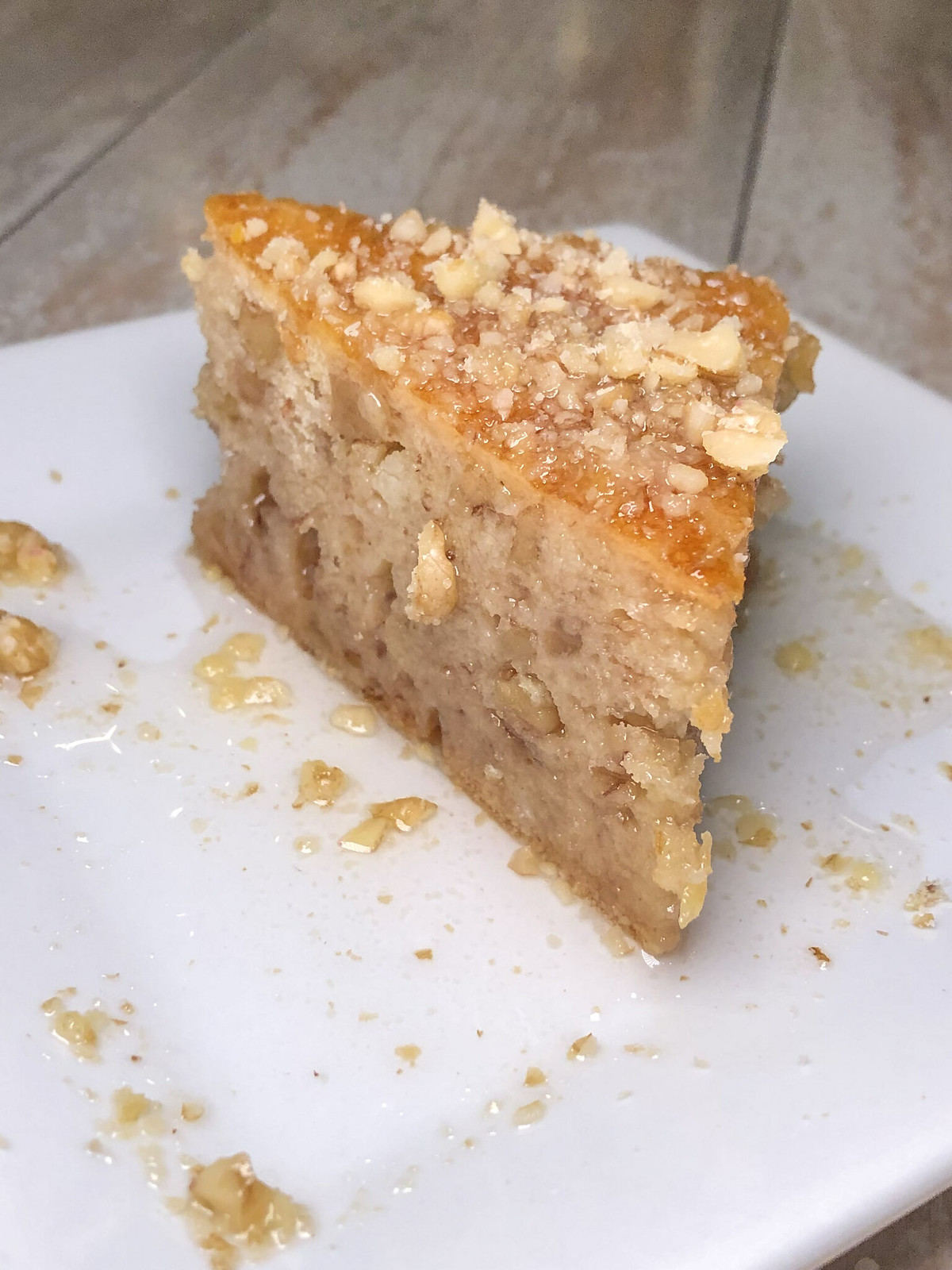 Dessert #2 and the last bite of the night before a full on coma was this walnut cake. It was lightly sweetened with honey and a had a good amount of firmness to the tooth. A perfect ending to a perfectly (full) night of eating.