restaurant – 27 Morton in the West Village

It’s no secret I love Central and Eastern European food. I’ve eaten my way through Austria, Hungary, Slovakia, Germany, and Czechia – all of which have their own amazing cuisines and dishes. Suffice it to say, one glance at 27 Morton’s menu (which proudly states they serve classical Central/Eastern European food), and I was immediately sold. 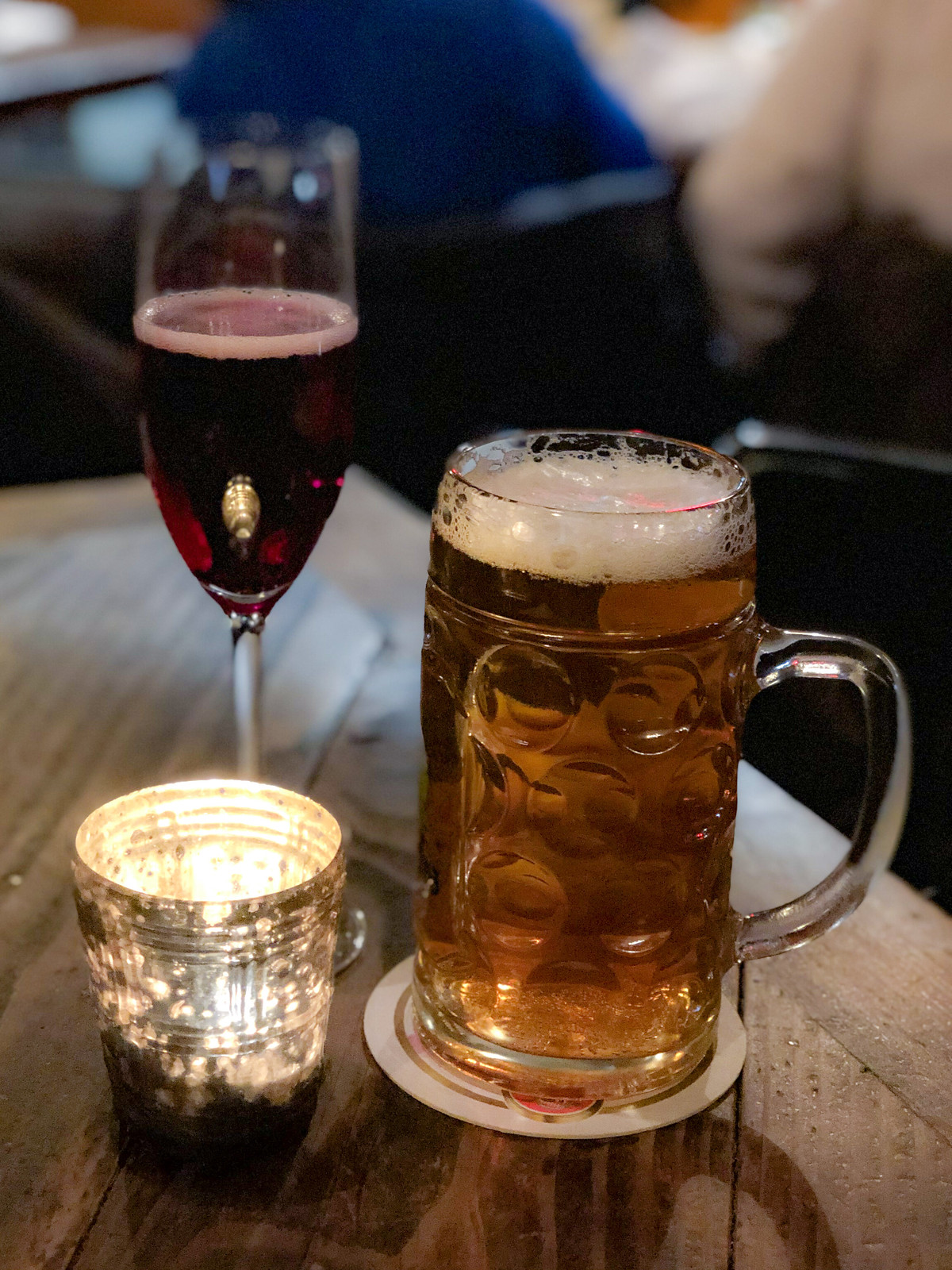 To start, I opted for a more traditional approach with a half liter pilsner. My friend got a blueberry bellini which was surprisingly nice. 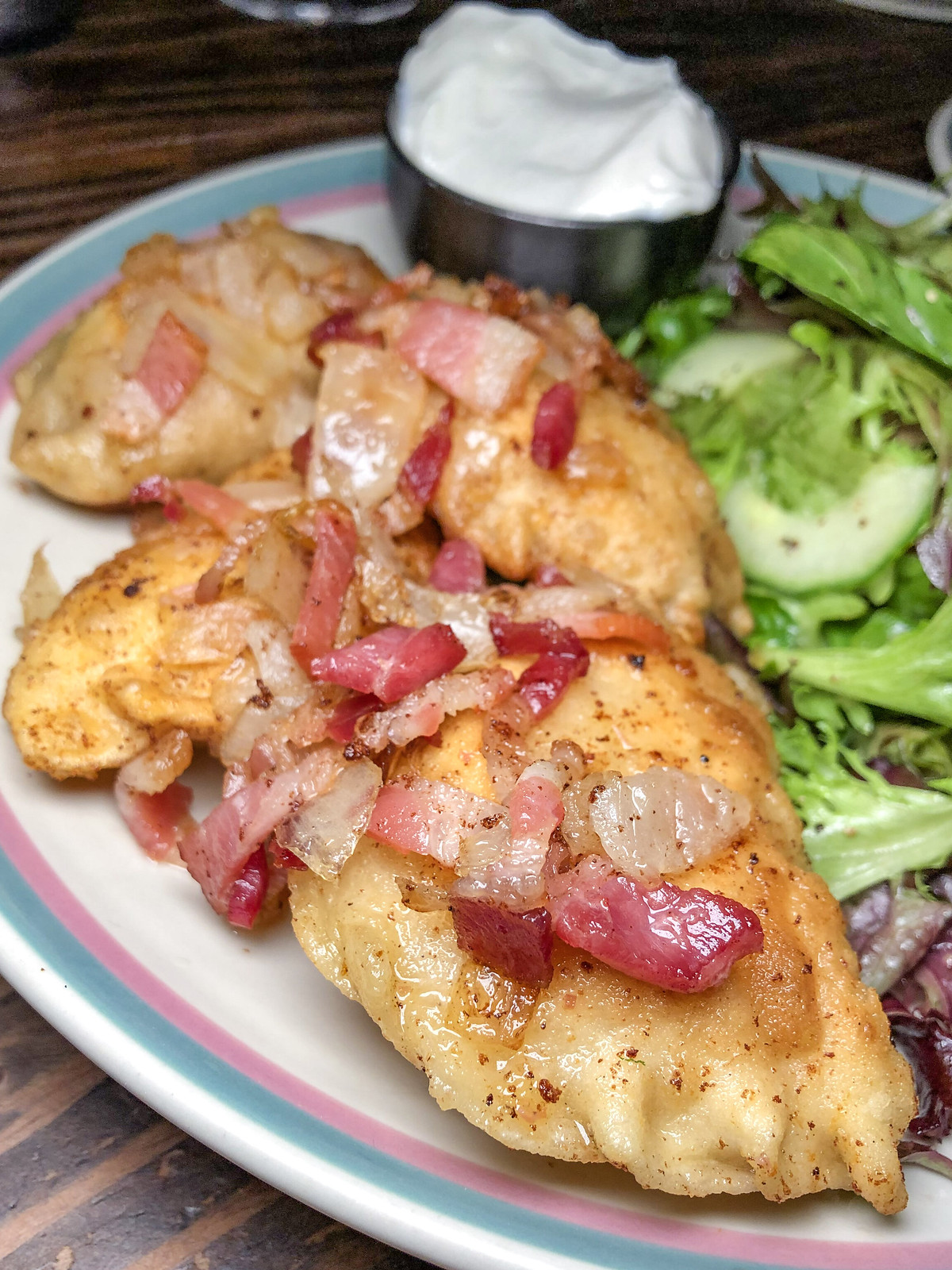 For starters we got the authentic Polish potato and cheese pierogi. 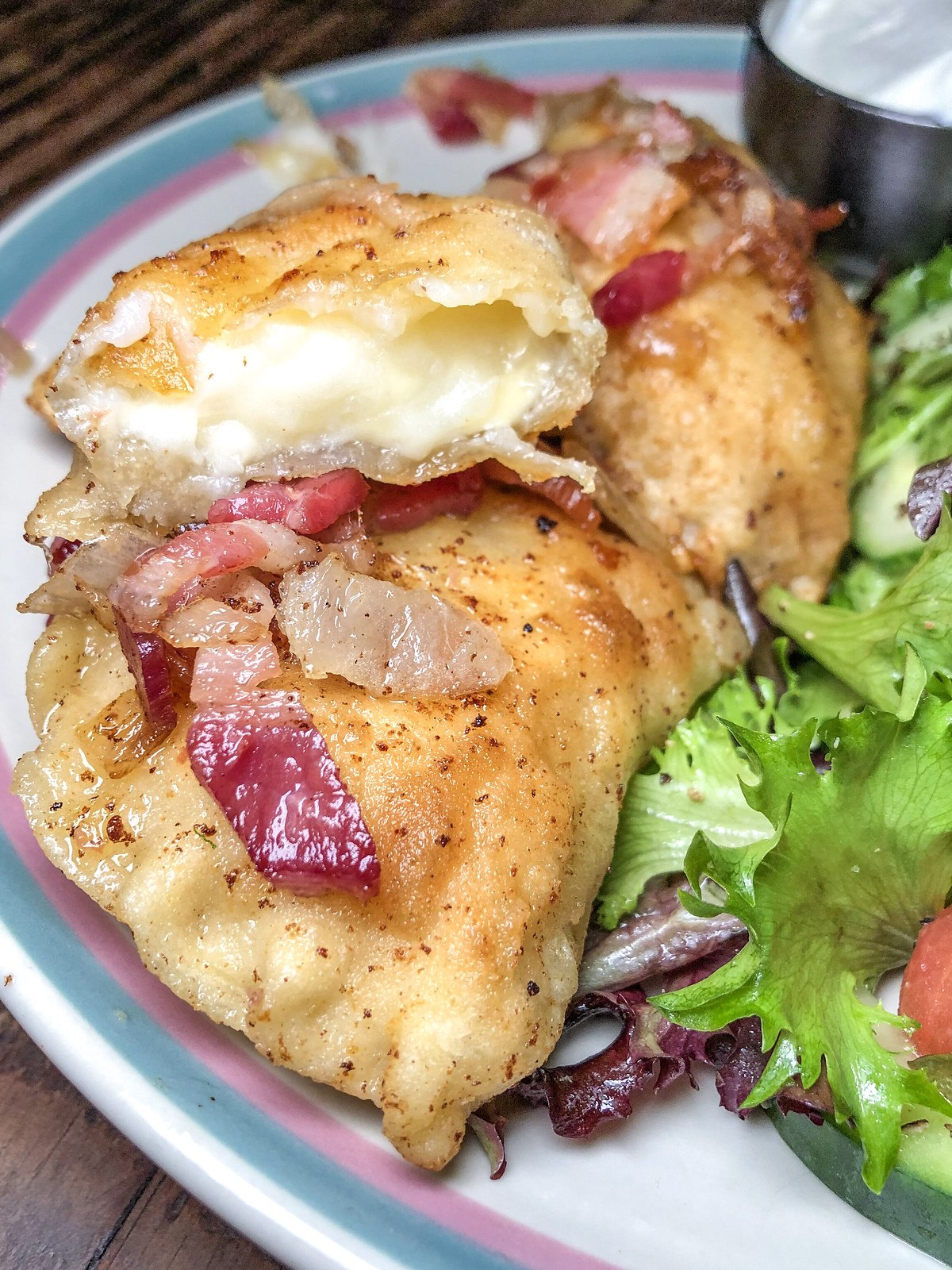 The crisp pierogi dough was topped with crunchy bacon pieces and sauteed onions. The filling, which you can see above, was a perfectly blended mix of both potatoes and gooey cheese. 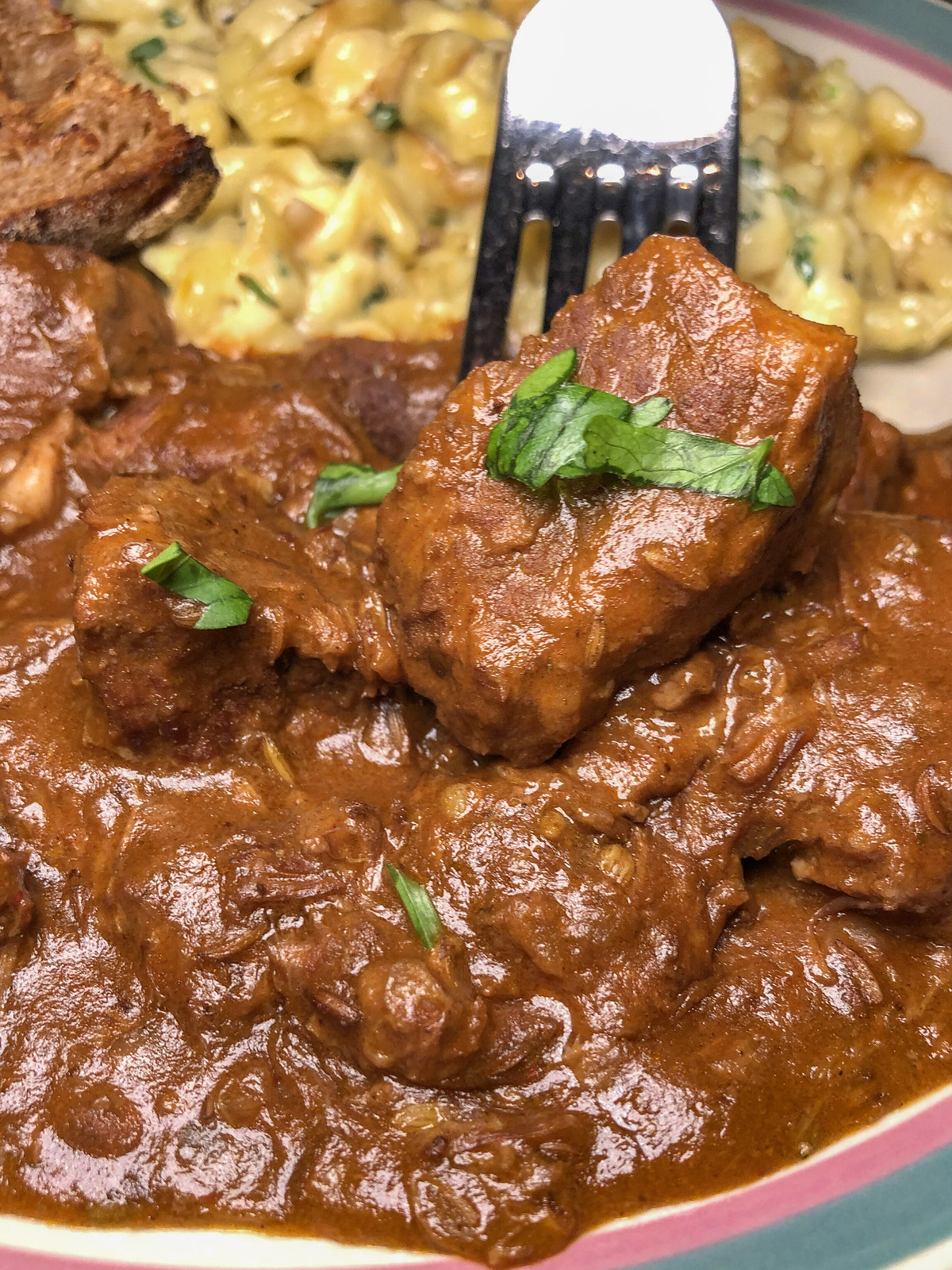 Goulash has been, and always will be, one of my favorite dishes of all time. I even tried to recreate it here. Luckily 27 Morton’s was much better – their traditional beef chuck stew was cooked with onions, caraway seeds, and came with a side of their signature cheese spaetzle. 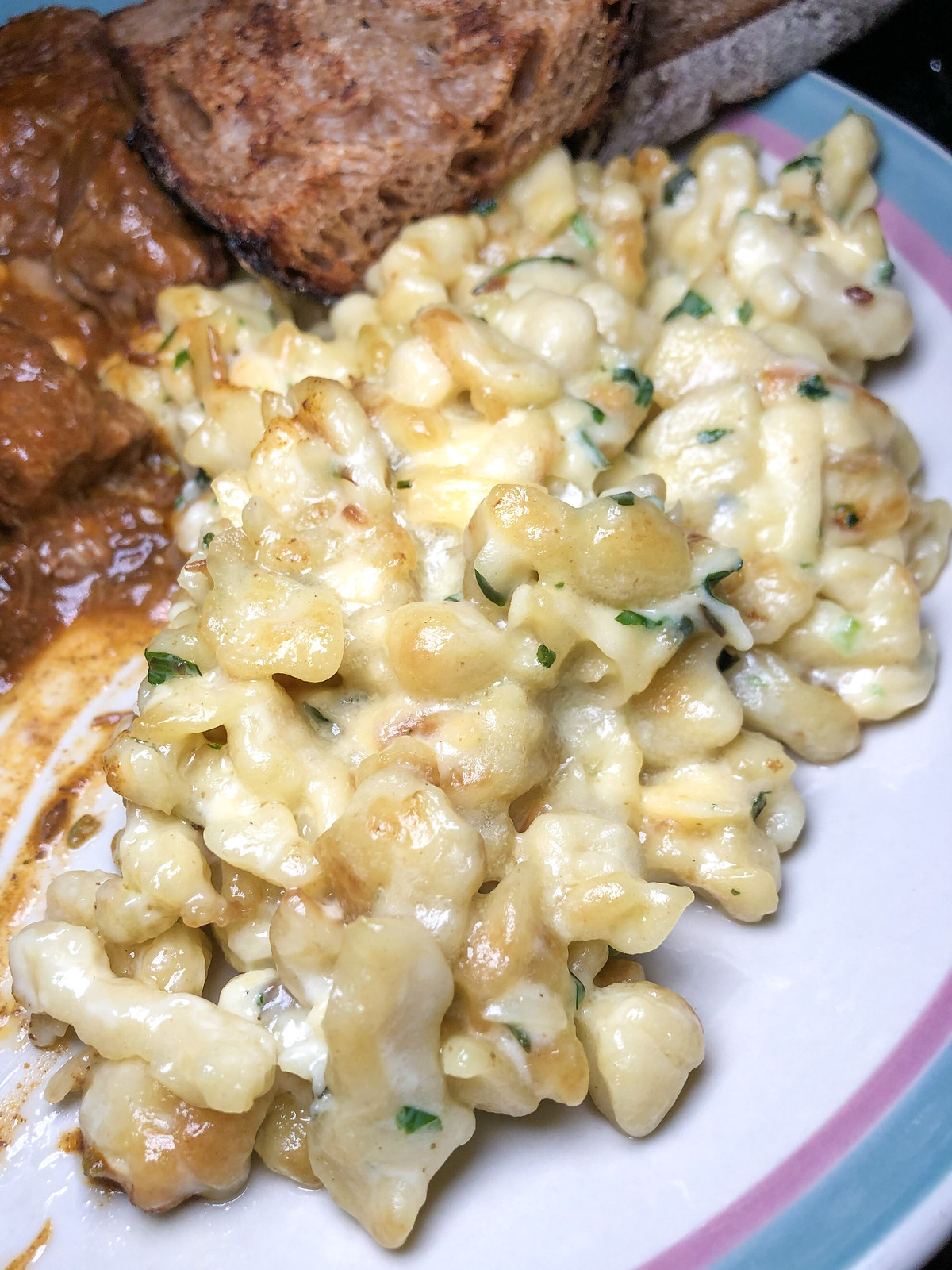 Obviously the star here was the melt-in-your-mouth goulash, but the spaetzle was a solid runner up. Prob one of the best spaetzle I’ve had since being in Germany. 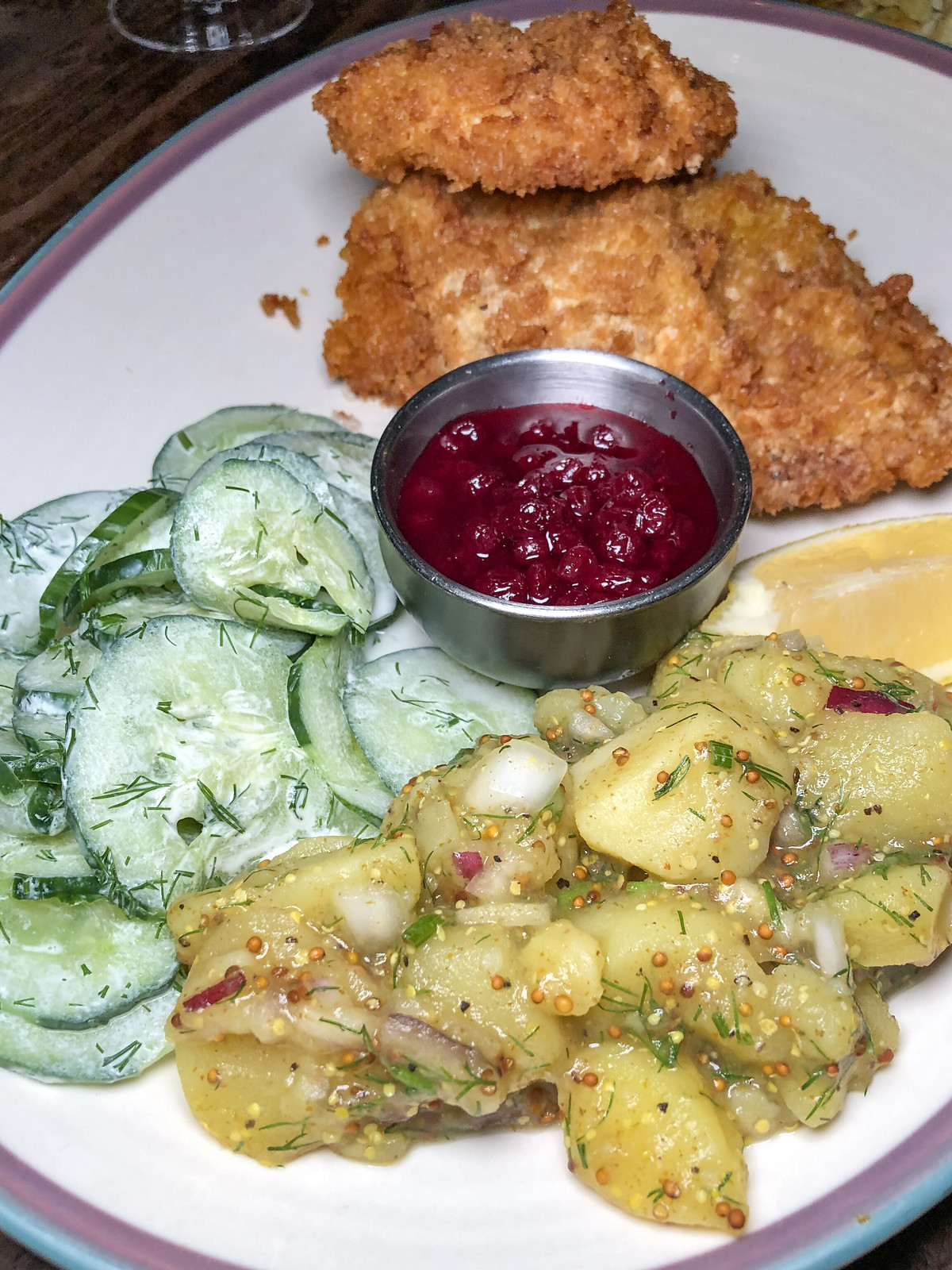 We also got the veal schnitzel which came with two very refreshing sides – cucumber salad and potato salad. Bot salads were serve cold with a splash of acidity and tons of chopped dill. 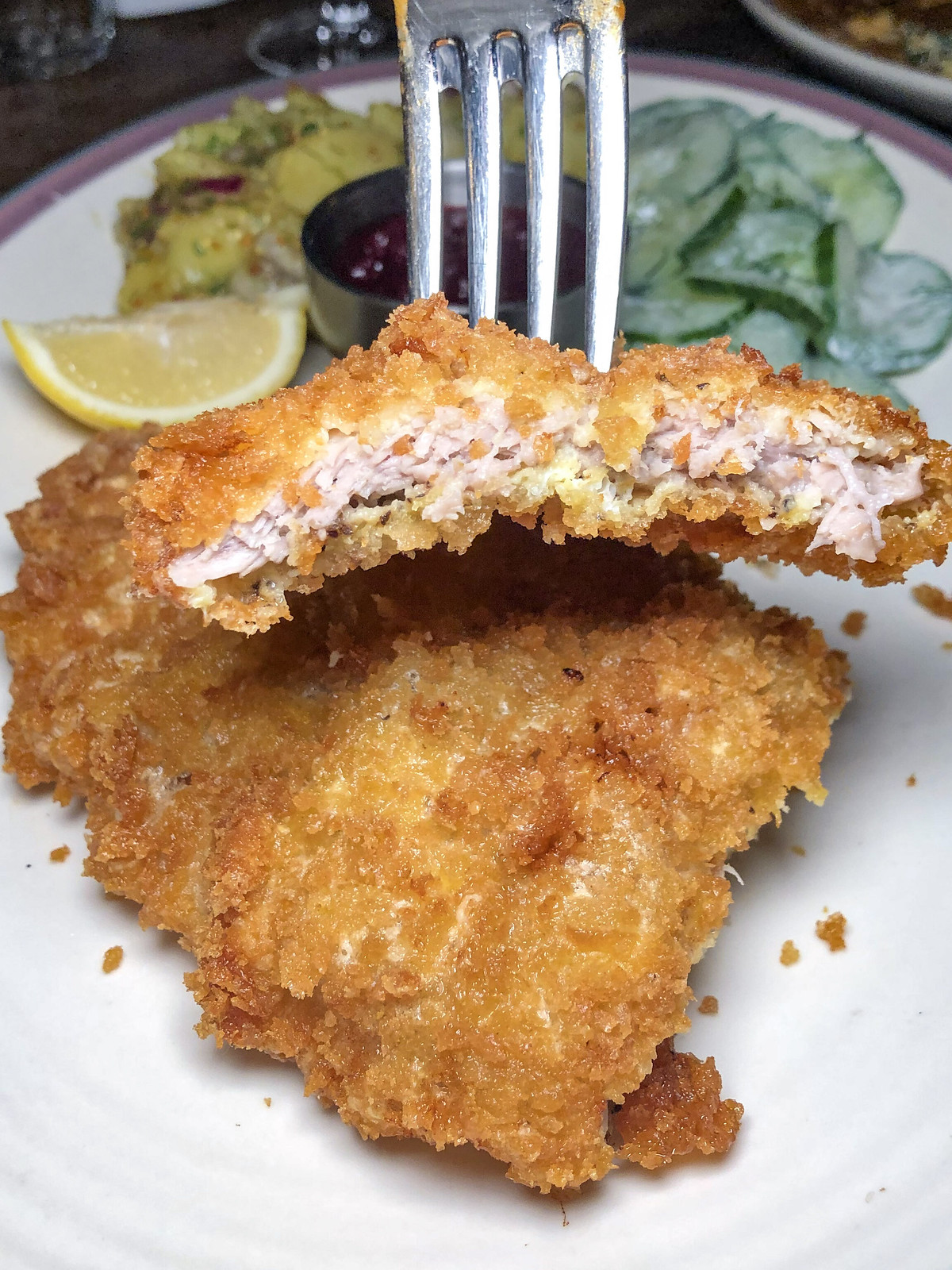 The schnitzel itself was perfectly cooked with a lovely contrast between the crispy breadcrumb exterior to that of the tenderized veal. 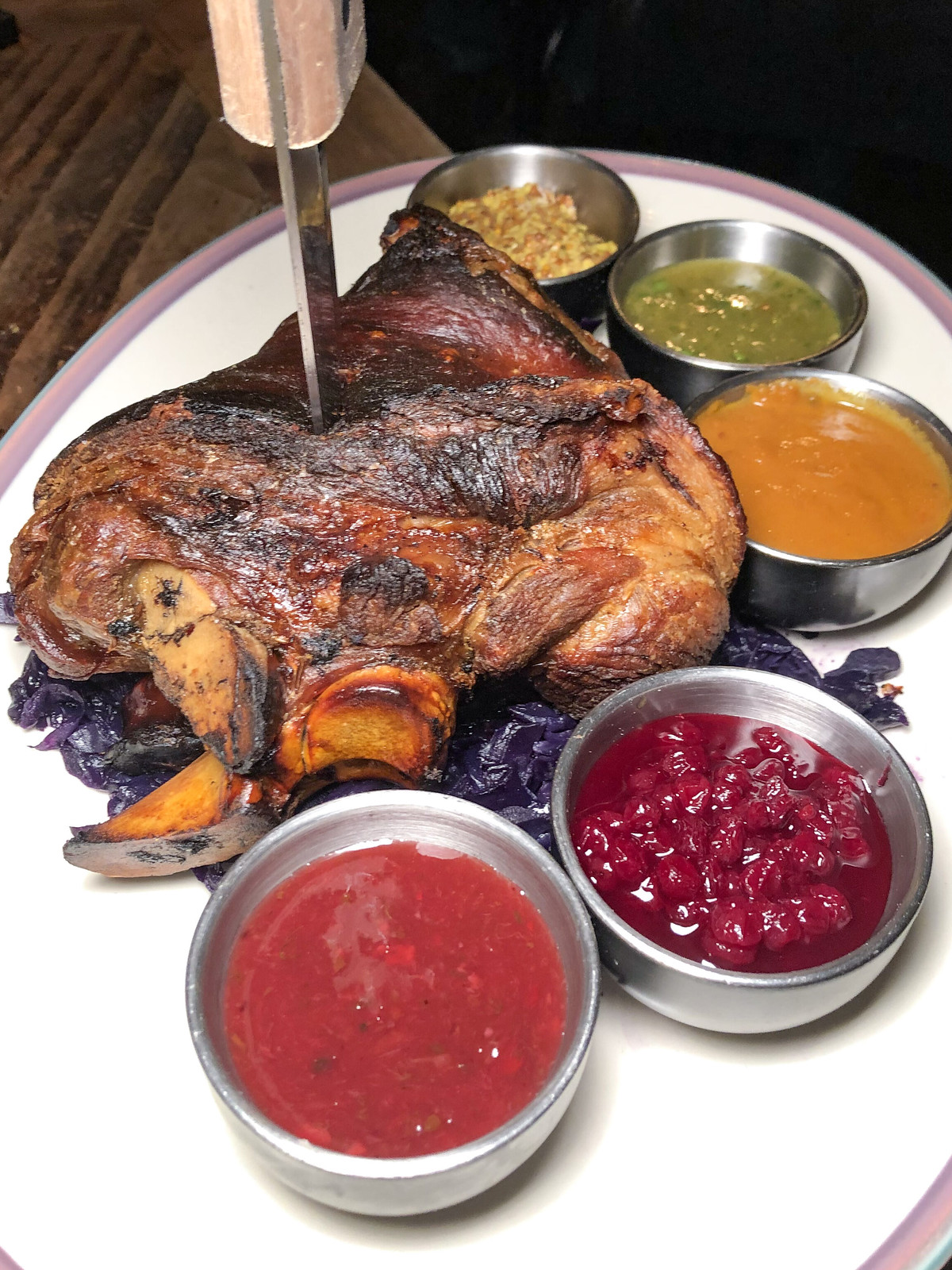 What really caught my eye on the menu was this “Pork Knuckle for One or Two”. It stated it was served atop German-style red cabbage with sides of whole grain mustard, beer-pork reduction, sour plum sauce, and lingonberry sauce. It does take an additional amount of time to prepare, so make sure to let them know in advance. 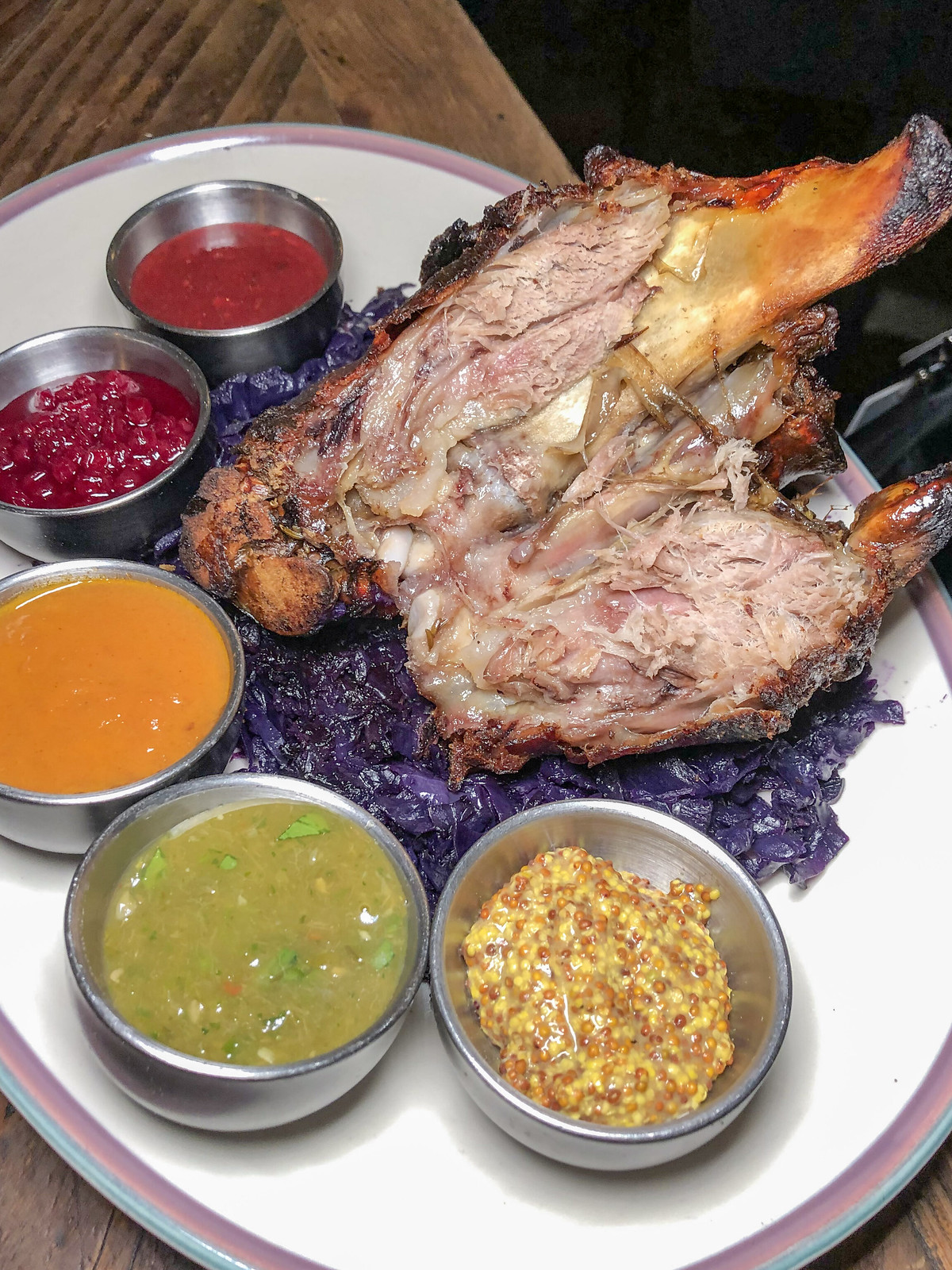 Even though we were absolutely full by that point, we had to order the knuckle for 2. The waitress explained how to break it apart – pull the knife through the crispy skin on top and pull down to separate the meat. The amazing porky aroma wafts out from the inside and the smell was to die for. The little containers of dipping sauces weren’t even necessary, but a nice touch. Beautifully tender pieces of roasted pork on the bone – this is highly recommended.