travel – Washington DC on a weekend

DC is a quick bus or train ride from NYC, so we try to make it out there at least once a year for a quick weekend getaway. Stephen and I had some hotel points and took a cheap bus so it worked out to be a pretty cost effective trip.

So what is there to do during a weekend stay in DC? Lot’s of things in fact! Tons of museums to peruse, history tours galore, and of course visiting the ‘Murican landmarks that scatter the district. But, I’ve been to DC way too many times and done my fair share of touristic activities. This time, Stephen and I just wanted a weekend away from New York for some fresh scenery and yummy grubs.

We found this charming, historic hotel through a deal online. Hotel Lombardy is located somewhere in between the White House and Dupont Circle, so a really centrally-located area between tourist attractions and local culture.

Our first night we walked around the area for about a hour actually, mostly strolling and enjoying the cool evening’s temperature. We ended up finding this restaurant on our way back closer to the hotel – Stony’s on L. It appeared to be full of mostly locals, watching whatever sporting game was on at the time, but a quick glance at their menu and we were sold. 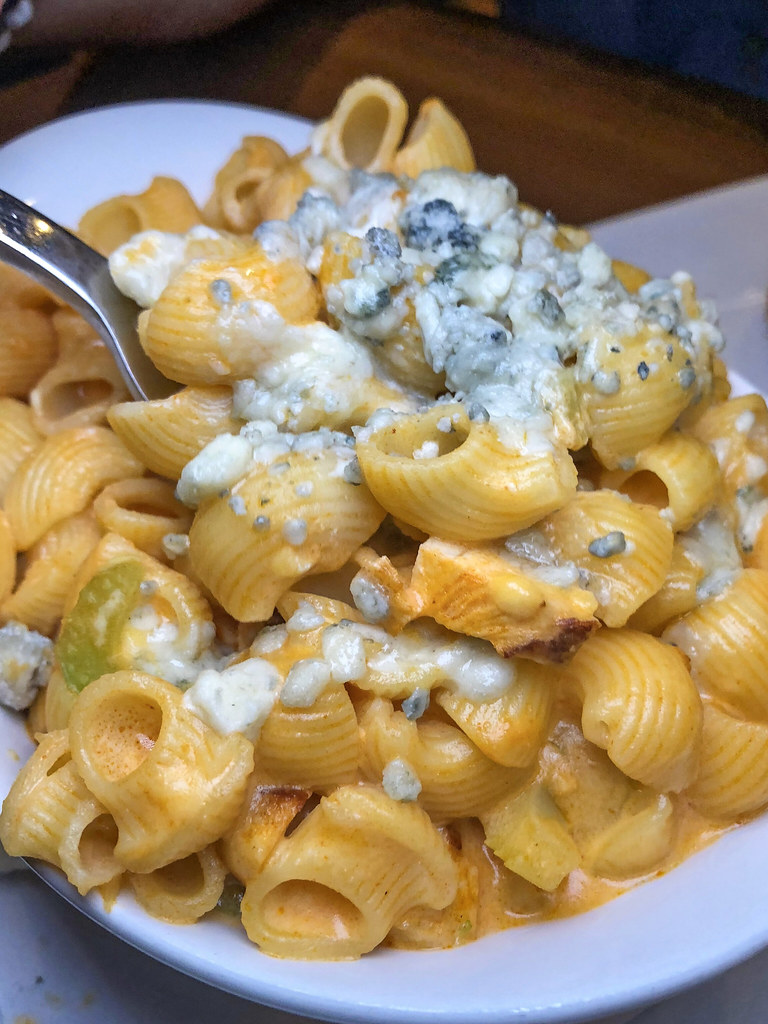 I’ve had my fair share of buffalo chicken mac & cheeses (yeah I know how that sounds), but this was def one of the top ones. The inclusion of melty bleu cheese and the fresh chopped celery was a pleasant surprise. Not gonna lie, I’m probably going to have to recreate this at home. Perfect pasta shape too! 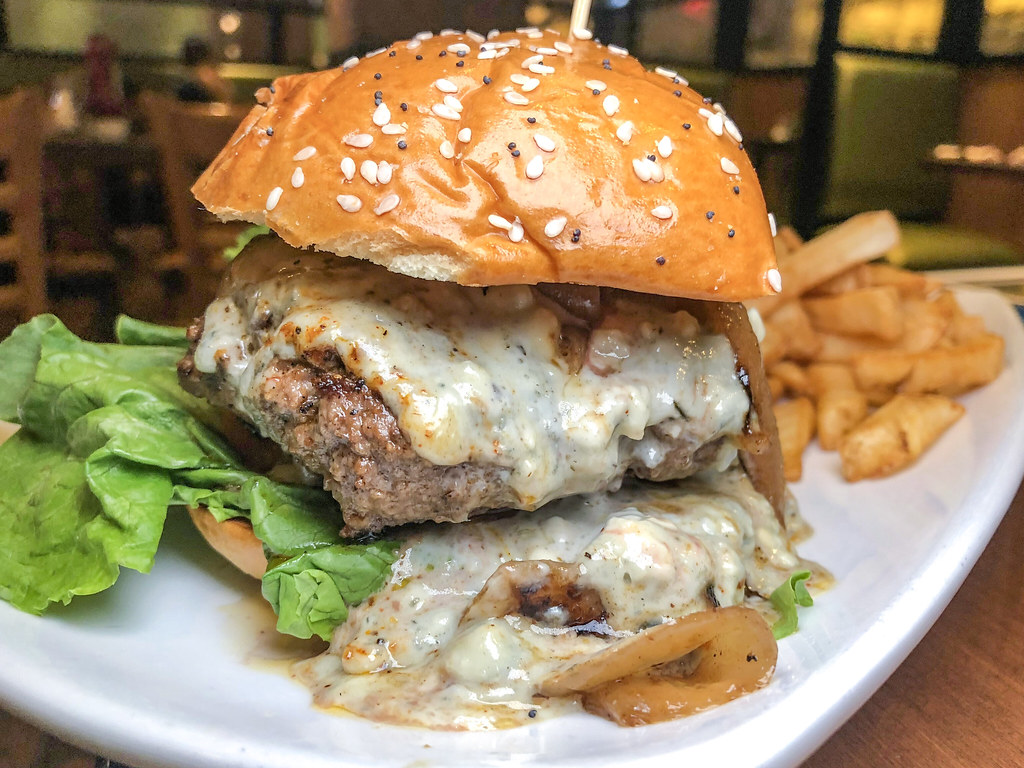 Stephen got a bleu cheese burger, just to stay aligned with the bleu theme. 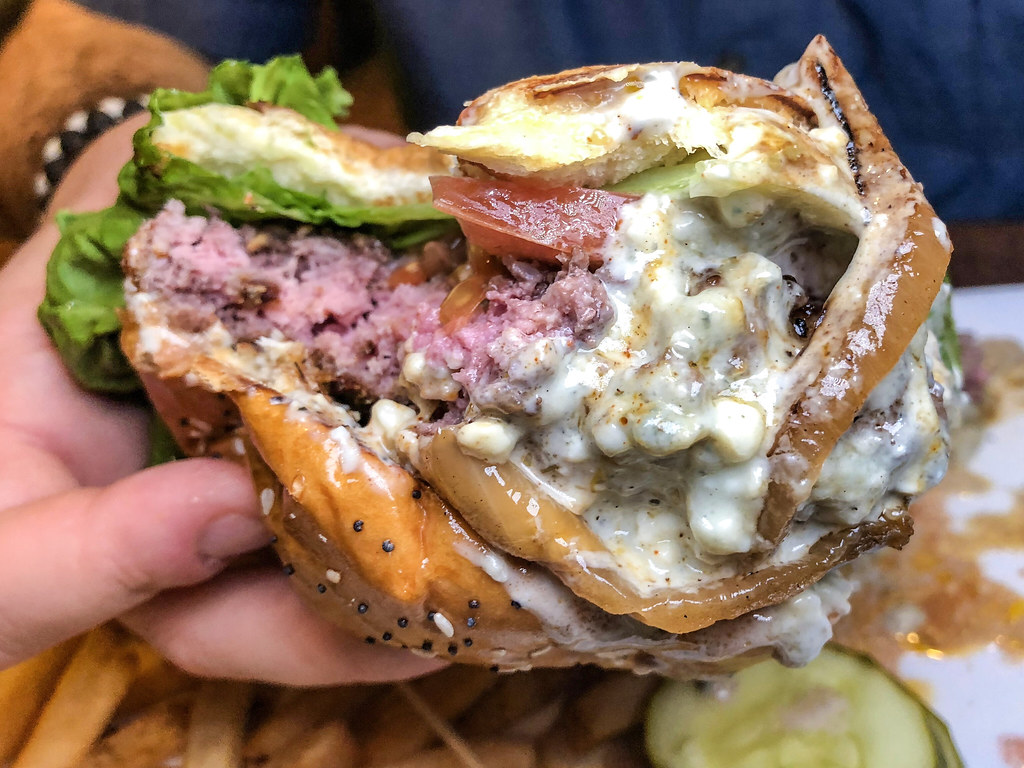 The medium-rare burger was perfectly cooked and the bun was the most amazing carrying vessel. Obviously melted cheese and slippery caramelized onions fell everywhere. No way to eat this daintily.

I’ve been a huge fan of Founding Farmers for quite a few years now. More than 47,000 family farmers supply local ingredients direct to the customers, cutting out the corporate middlemen.

Farmers and Distillers, which is a subset from Founding Farmers, follows the same sustainable practices but also (obviously) includes a bonus – their own distillery! 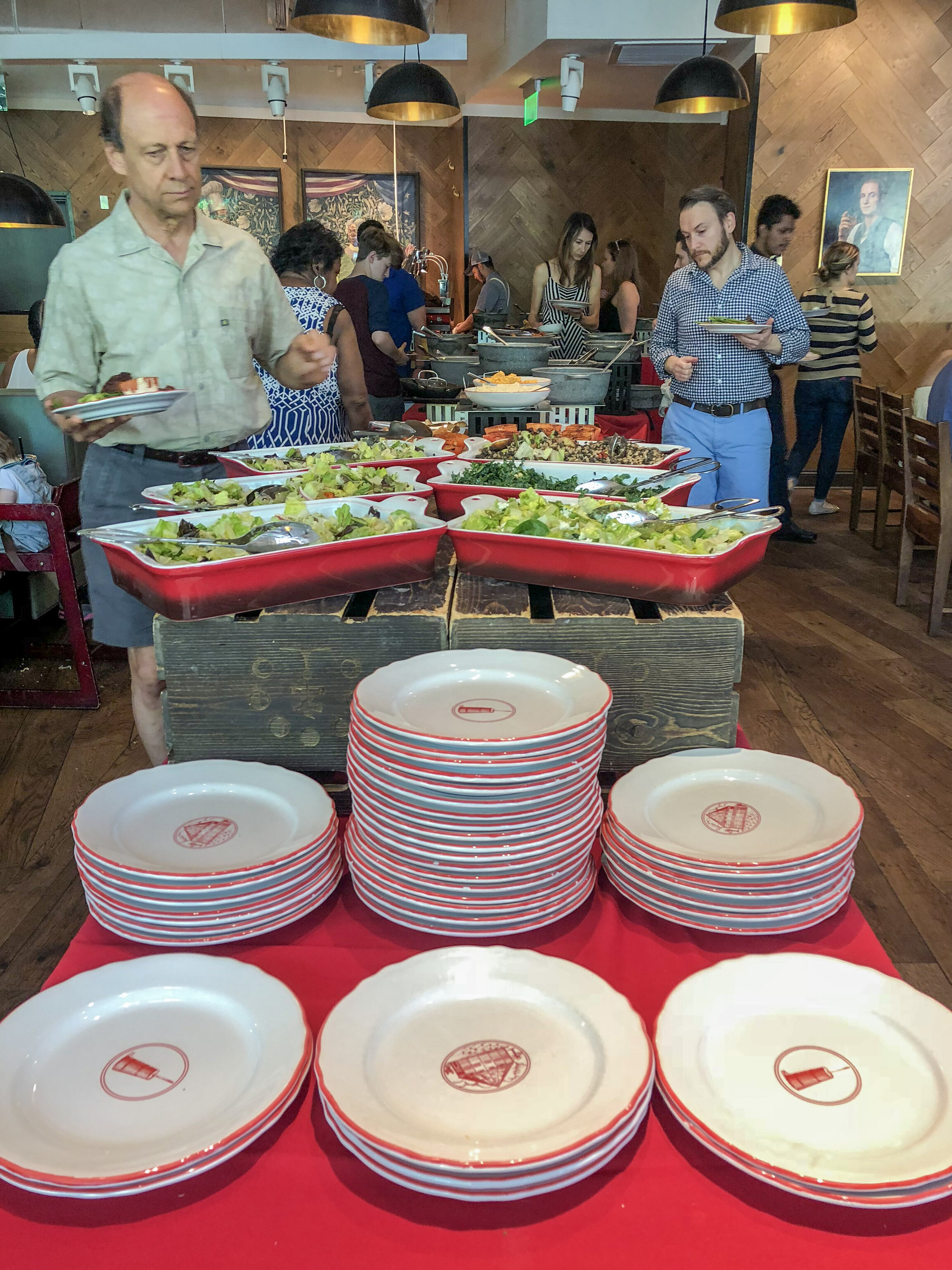 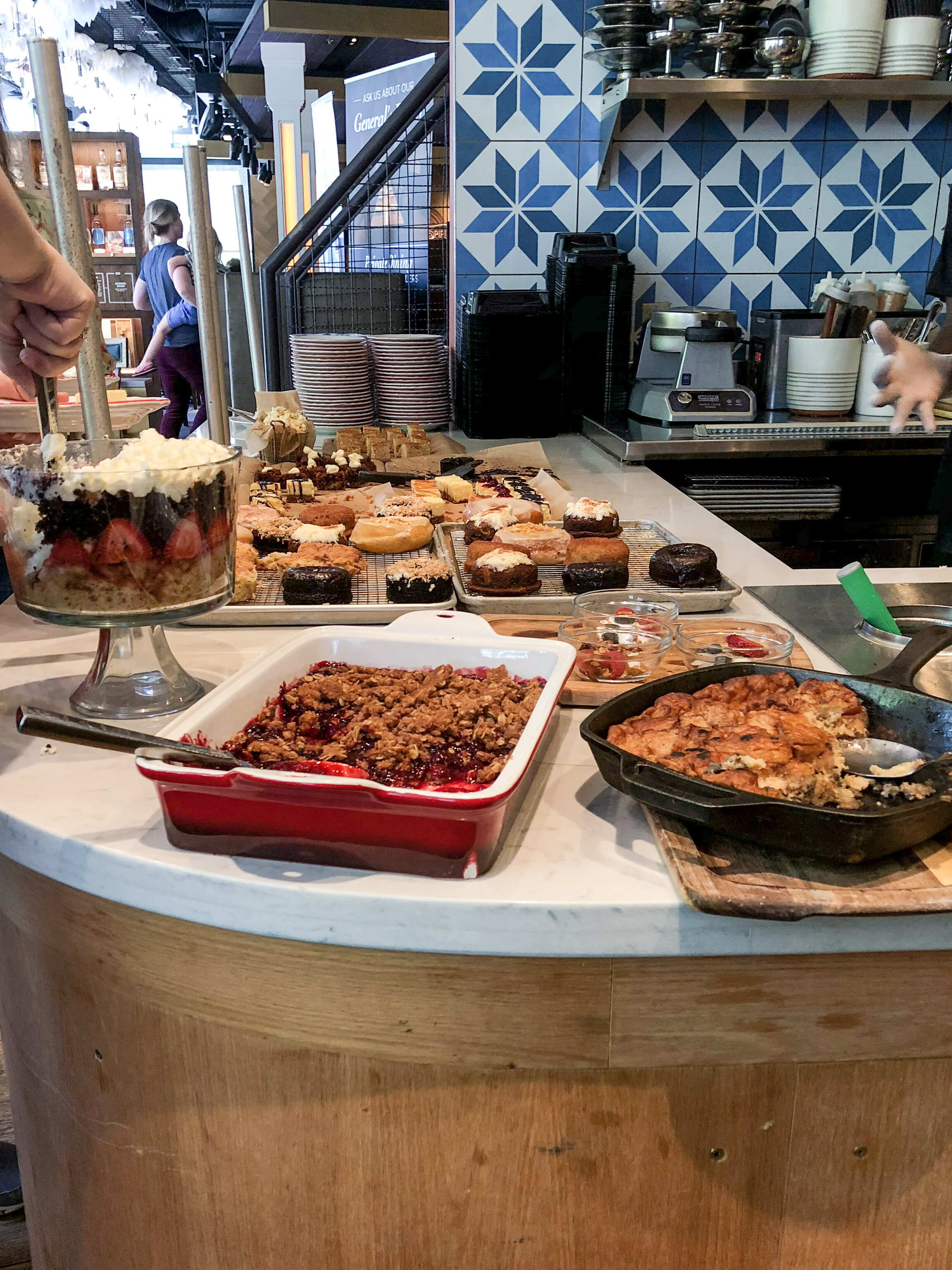 Every weekend between 9am-2pm, Famers and Distillers provides a buffet-style brunch showcasing all the locally sourced meat and produce they’re known for. The spread is quite extensive and the photos here do not do it justice. Imagine a few long tables of eclectic foods ranging from typical brunch fare with eggs and bacon to Middle Eastern spiced meatballs and Southern pimento cheese spread. 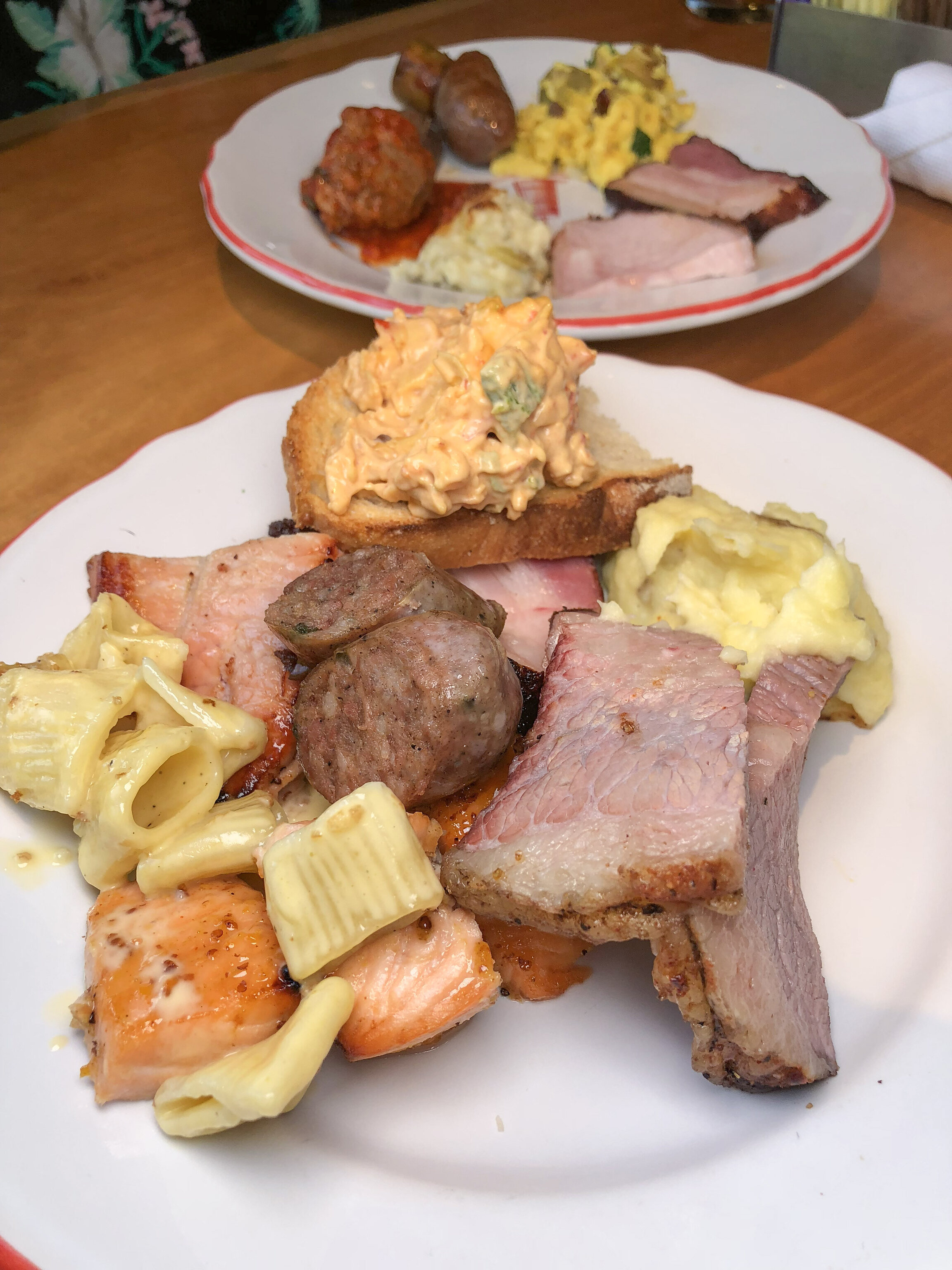 As you can see, I make no discriminations when it comes to buffets. And this was just plate 1 of 3 for savory foods. I stopped taking photos of our plates as they got messier as we went along. 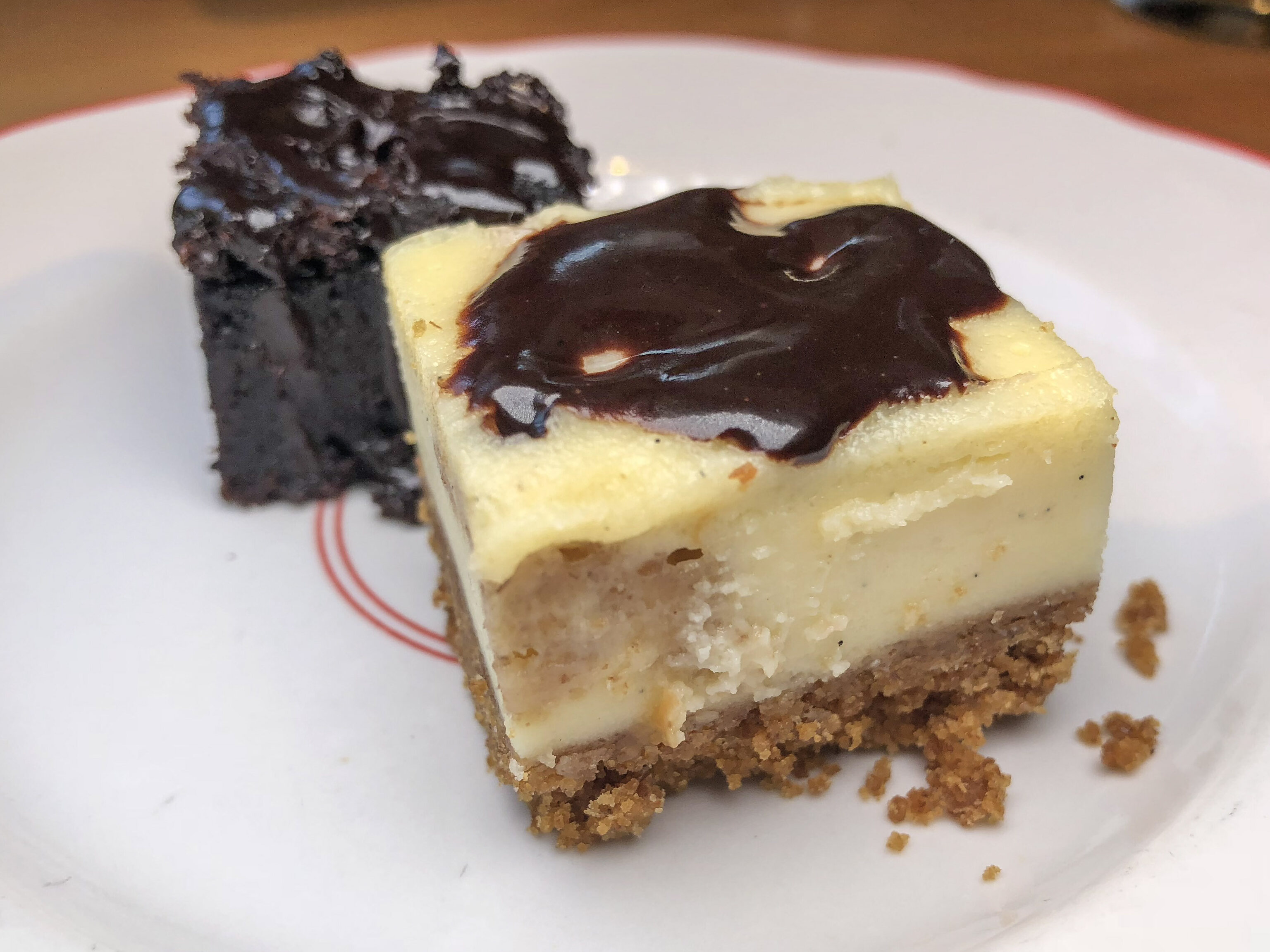 The dessert table was equally as extensive, but we were beyond full at that point.

Depending on where you’re sitting in Farmers and Distillers, you’d be able to see the inner-workings of the physically small but large-scale distillery. 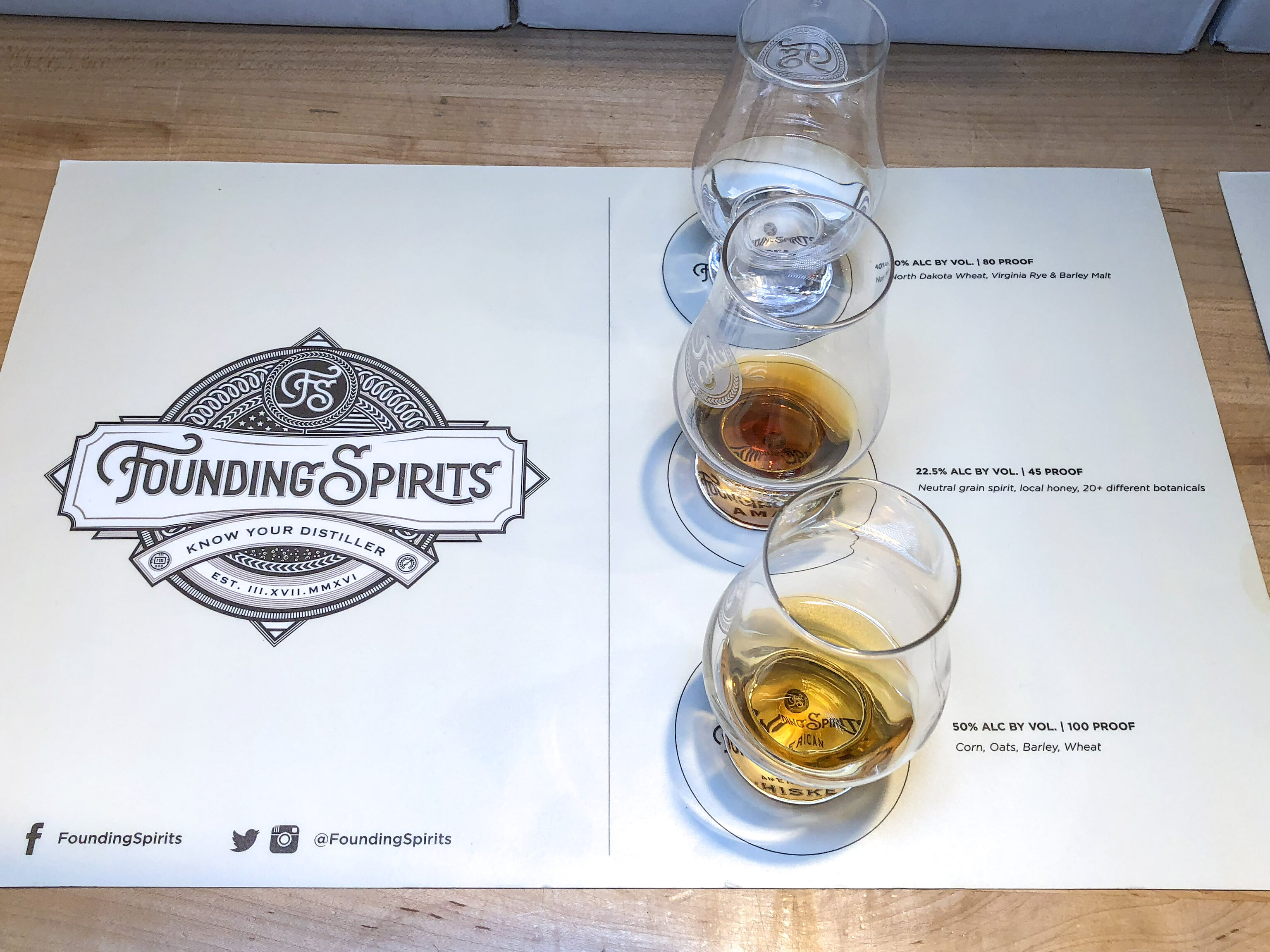 We were met with Clyde Davis, the Vice President of Founding Spirits, who showed us into the one-room distillery. 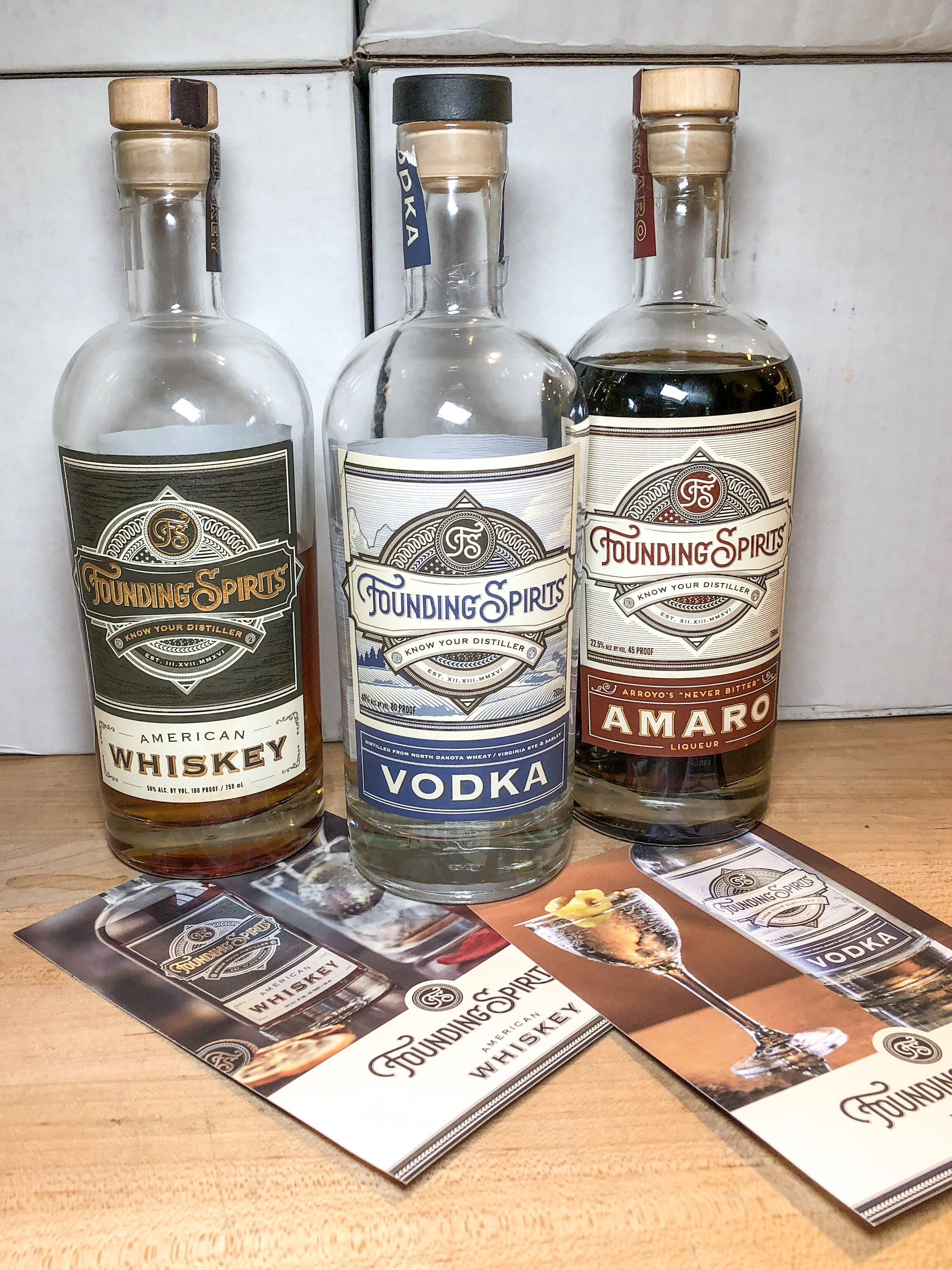 While not a large space, it packs out a lot of booze. Vodka, gin, and whiskey are the biggest sellers, but they also make a mean amaro liqueur. 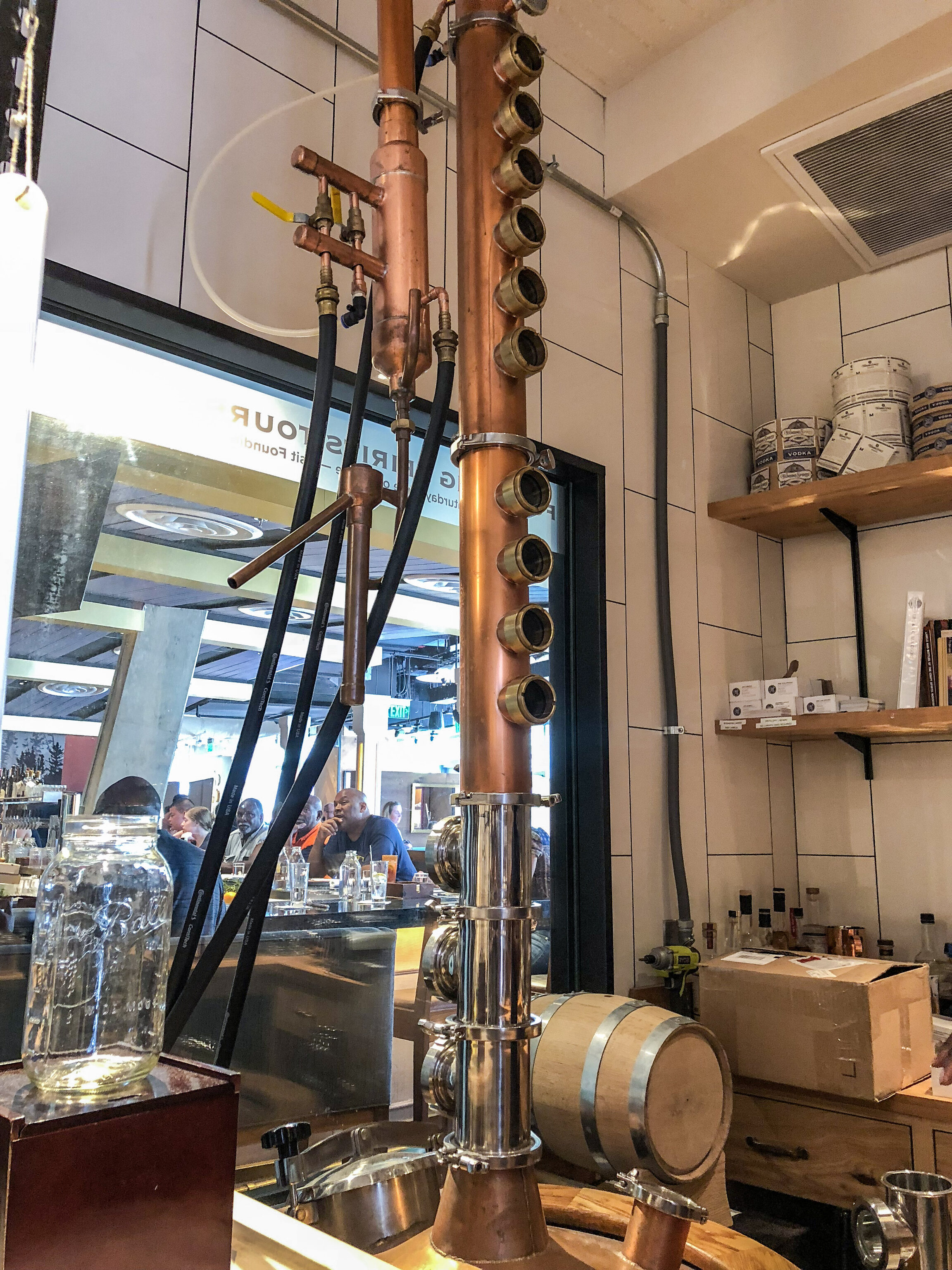 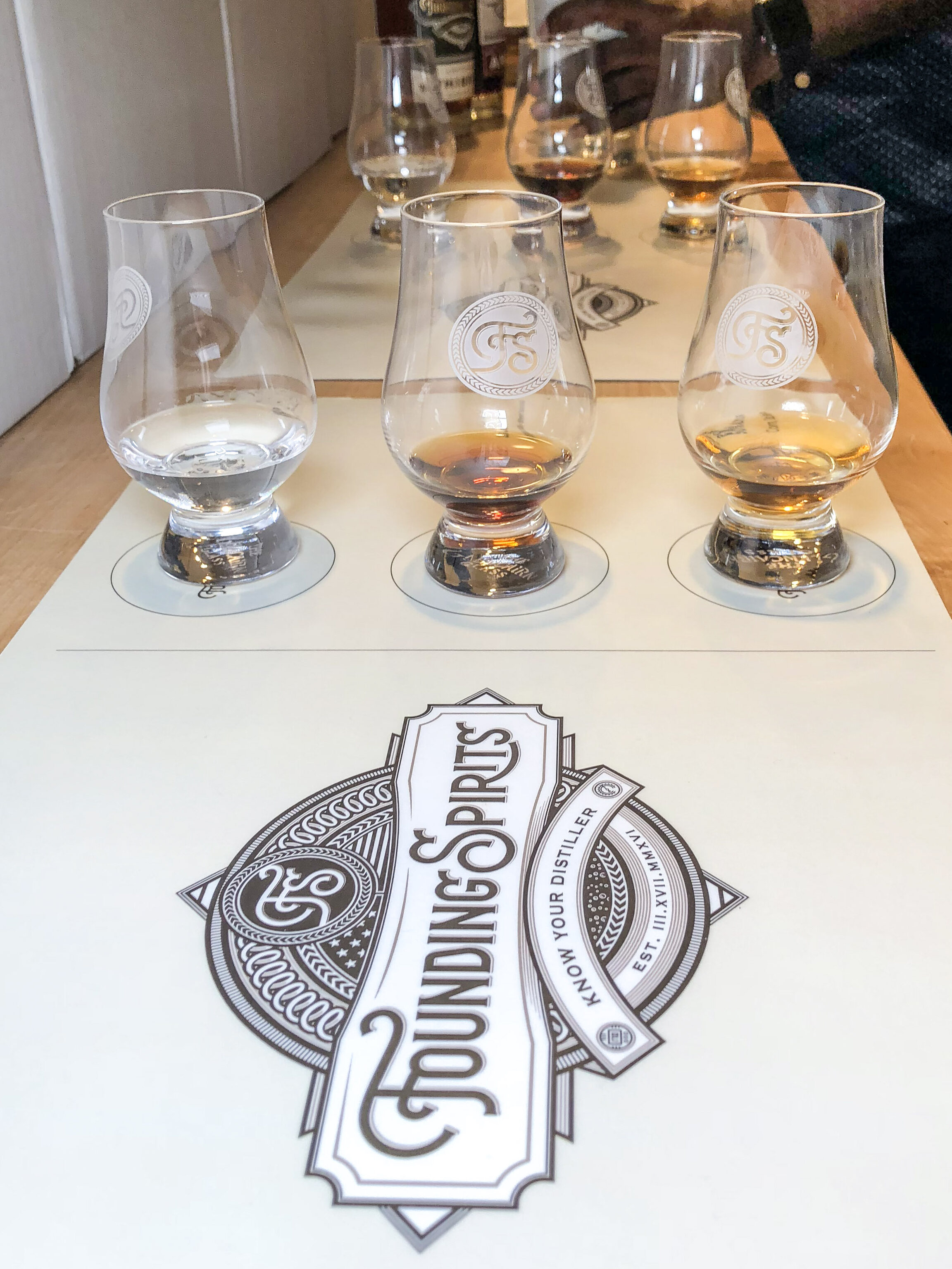 Both Stephen and I agreed we’ve never had a smoother vodka in our lives. It literally went down without needing any type of chaser (and I’m a wuss when it comes to that).

For such a compact space, they really know what they’re doing. We even picked up a bottle of the vodka to take home at a local liquor store. Note: they currently only sell to liquor stores in the DC-metro area, but are hoping to spread out further in the near future.

Walking north of Farmers and Distillers we stumbled upon some very interesting neighborhoods. I’m not even sure what the area would be called, but definitely worth a stroll through. 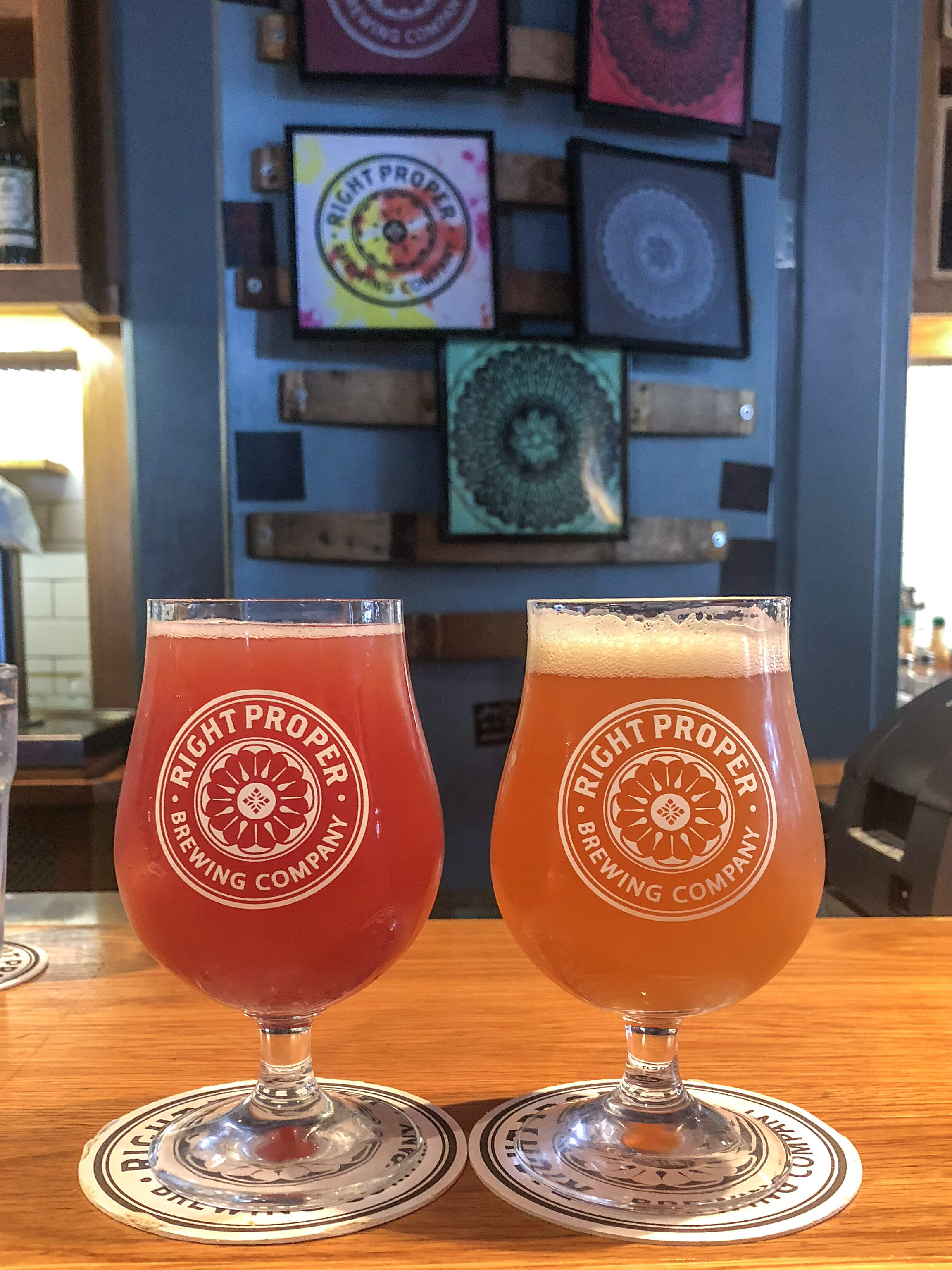 This is where we found Proper Right Brewing Company. 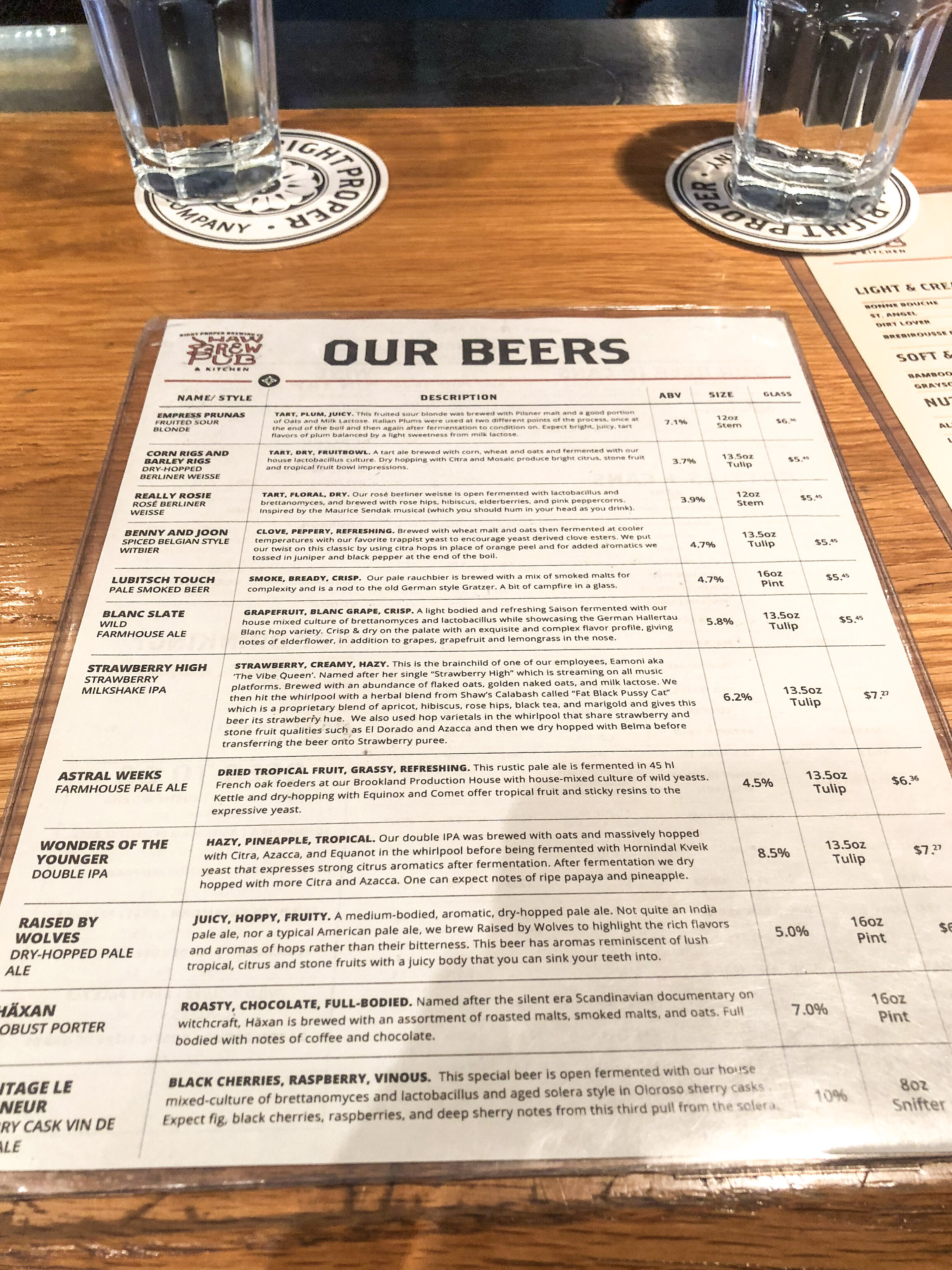 The space was vibrant, just like the beer, and they even have a full food menu at this location. Great selection of bright and fruity beers!

Dukem is a pretty popular local Ethiopian restaurant. If you’ve never had Ethiopian food before, it’s basically a large plate of their dough (injera) with the toppings scattered on top of it. 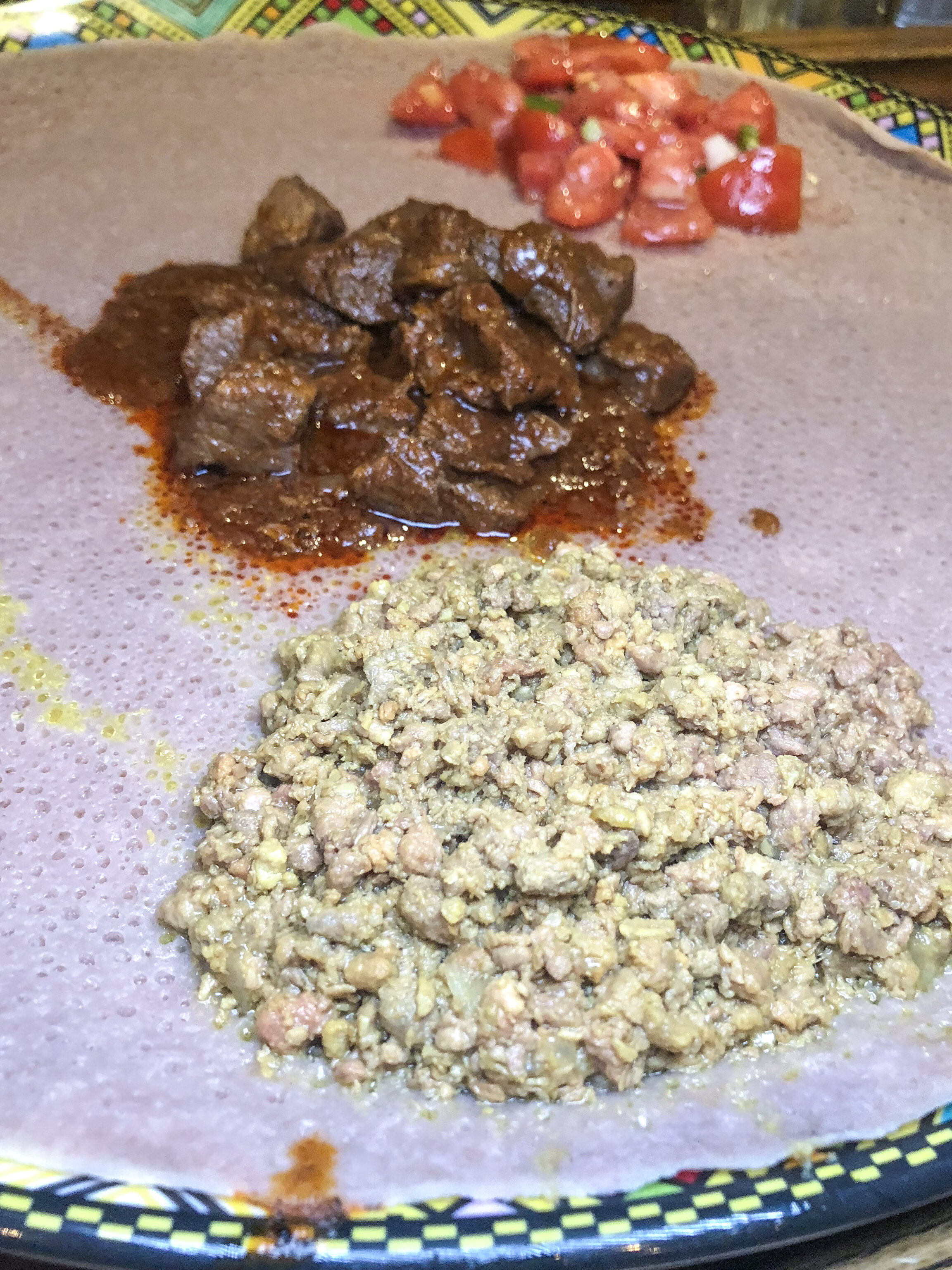 Although injera looks like a crepe, it’s actually a sourdough-risen flatbread with a slightly spongy texture. You’re supposed to pull a piece of the injera off and scoop up one of the toppings to eat. It’s not the neatest way to eat, but there’s something primal about it especially sharing it with someone that makes it enjoyable. 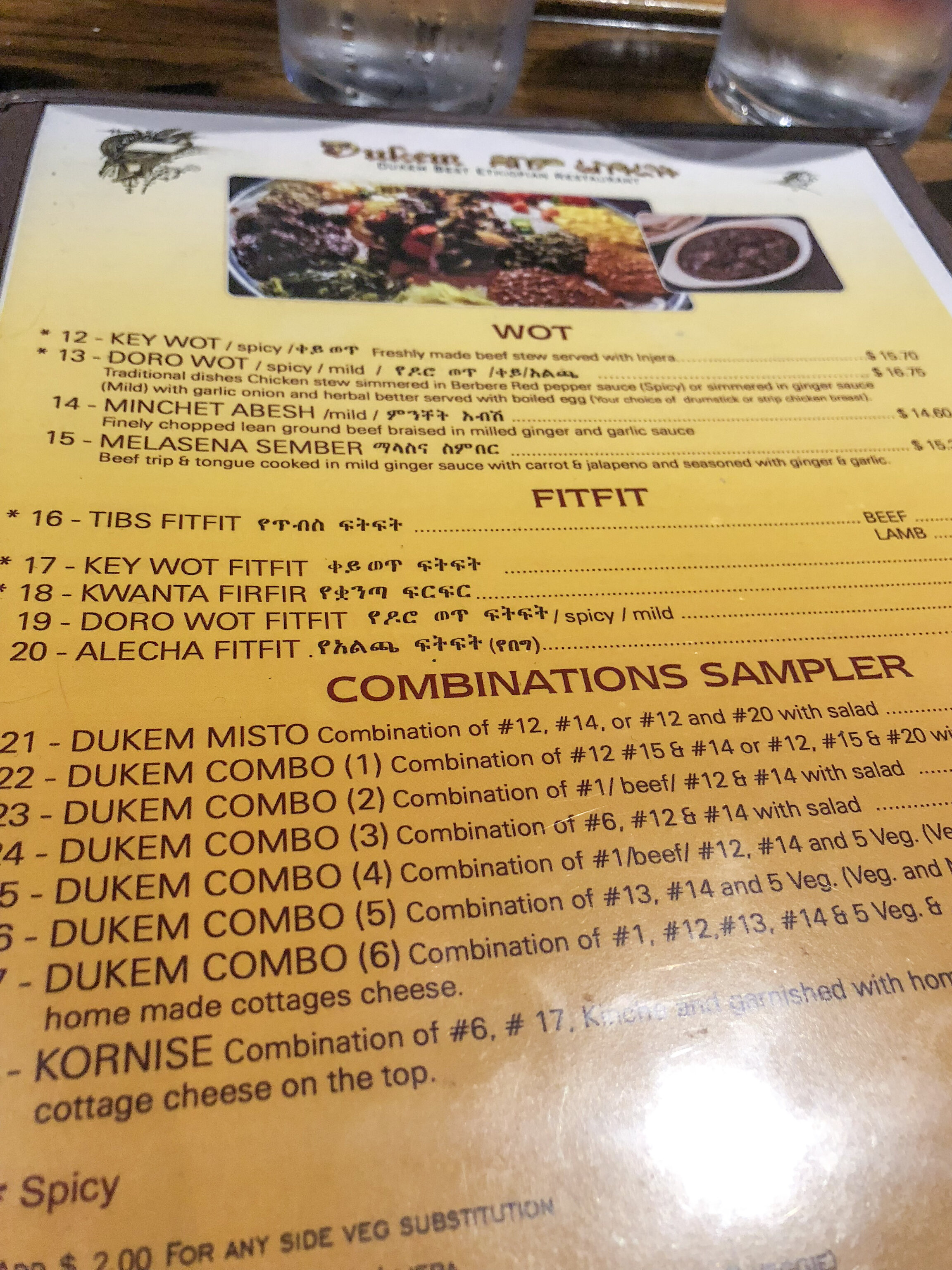 We had no clue what to order so we opted for one of the combination samplers. There are options for vegetarians, meat-lovers, and a many mixtures of both ranging from stews to curries to salads to things I have no idea what they were. Hell, I don’t even remember what we ordered here.

On our last day we walked around the National Mall and people-watched. Our bus home wasn’t until the early afternoon so we didn’t have that much time to do anything. We did however make time for one last meal. Not far from the mall was this burger restaurant – b DC Penn Quarter. 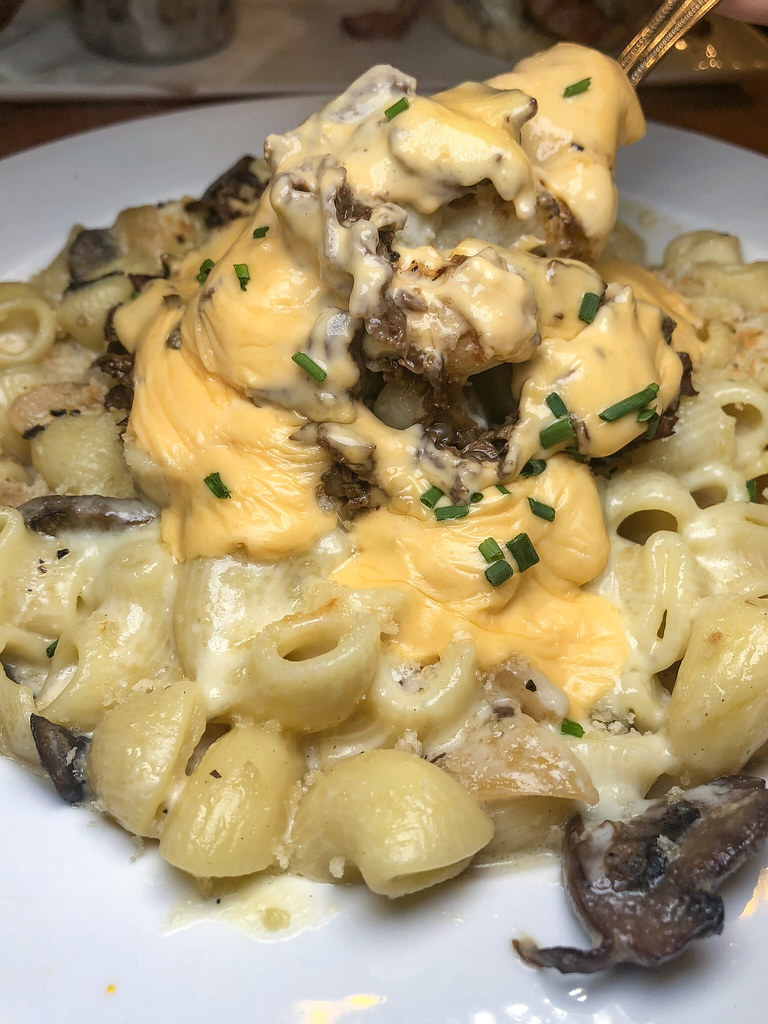 And.. We are creatures of habit. I got the mac & cheese (which looks eerily similar to Stony’s) and he got the burger. 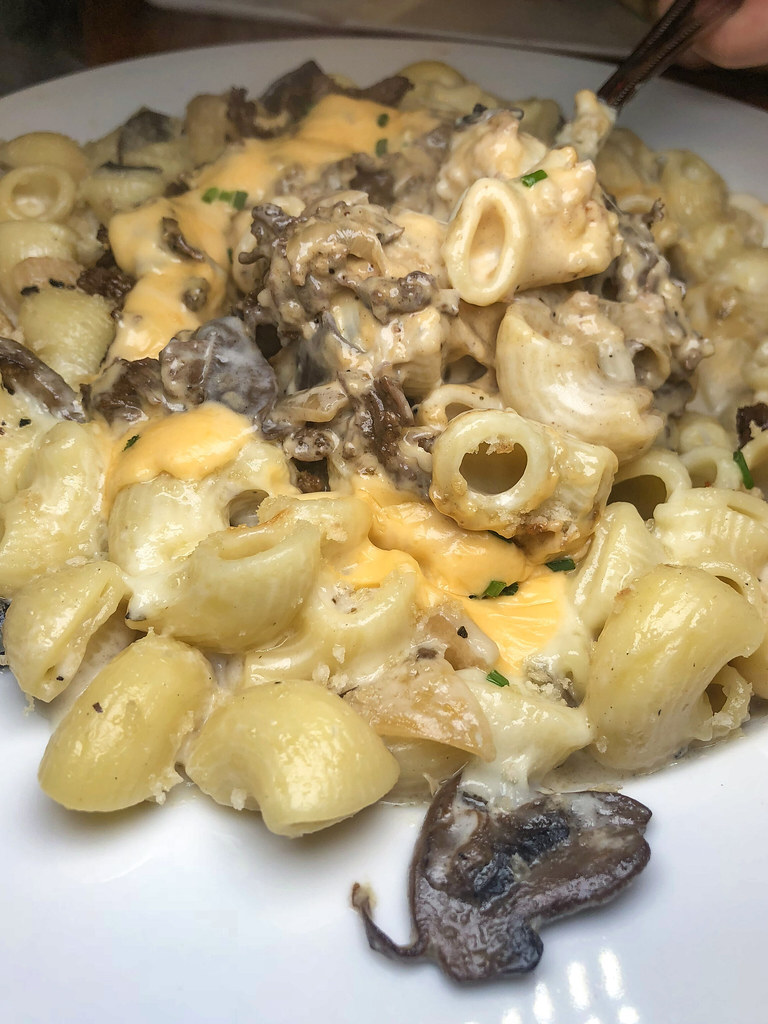 This was their Philly Cheesesteak Mac & Cheese. Obviously the real Philly cheesesteaks in Philly can’t be beat, but this mixture of pasta, shaved steak, caramelized onions, sauteed mushrooms, and a topping of American cheese sauce was a pretty good runner up. 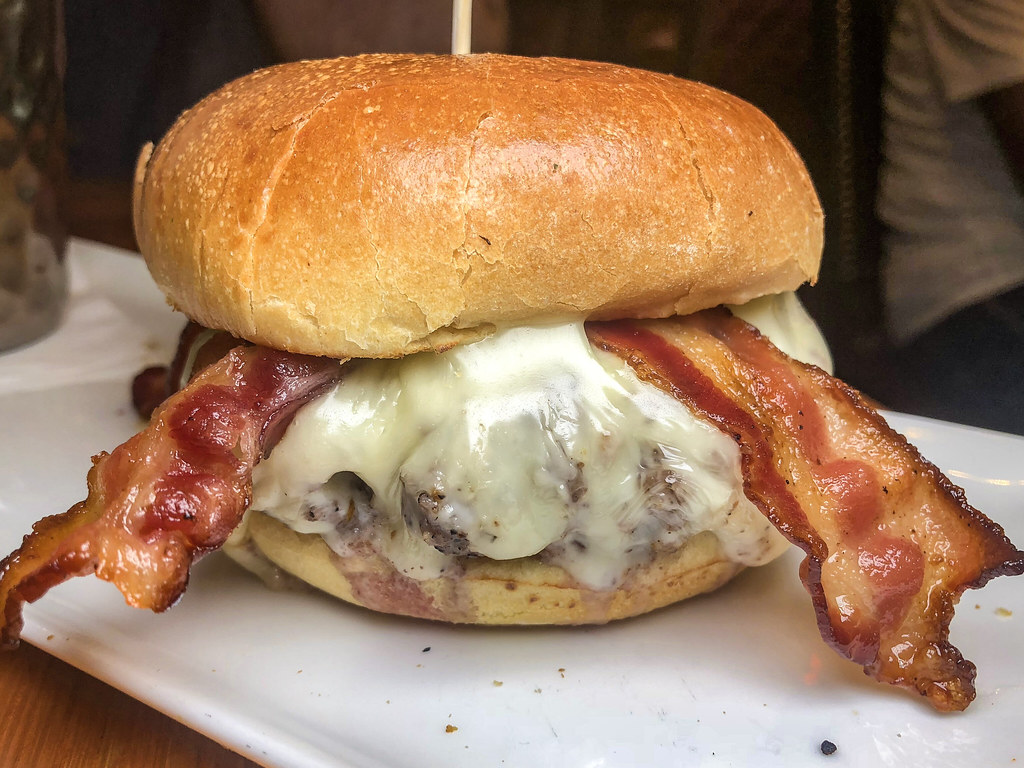 This was their BaconNator Burger – a bacon and cheddar stuffed beef patty, American cheese, crispy bacon, and bacon aioli. Never can have too much bacon. 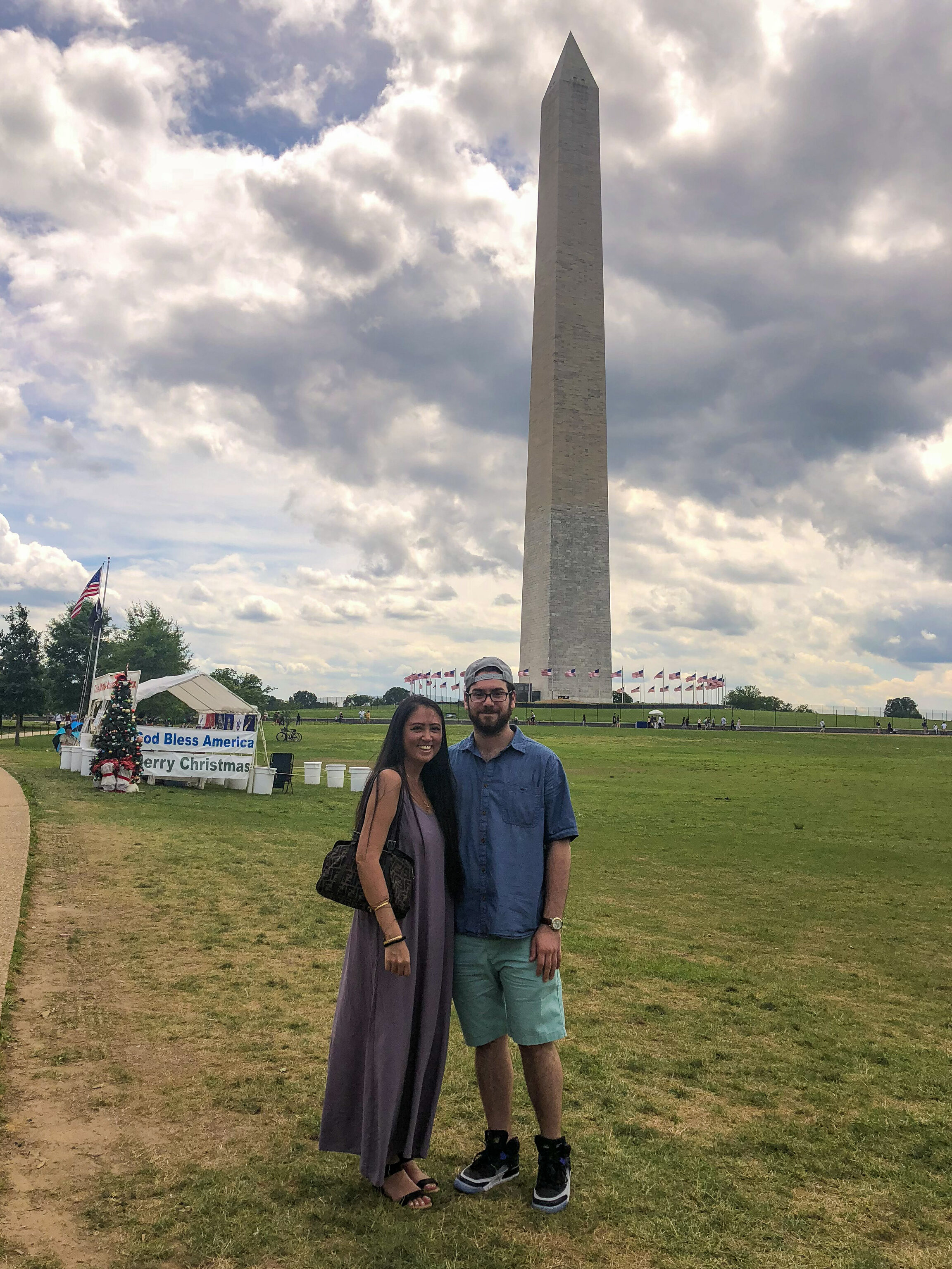 Farewell, DC! Hope to see you again next year. Oh, and this trip was in May 2019 so not sure the thought process behind the “Merry Christmas” sign in the background, but God Bless America!