Happy Father’s Day! Since my parents live across the country, Stephen and I celebrated with his family. They drove in from Long Island to have a casual Greek lunch meal with us in Astoria (thank god, because fuck the LIRR), and asked us to find a restaurant nearby our apartment. We’ve both never been to Stamatis, which is one of the like 20 Greek restaurants along 23rd Ave which is completely walkable from us.

(shout out to Stephen’s mom’s Mother’s Day at Rosa Mexicano in the UWS!) 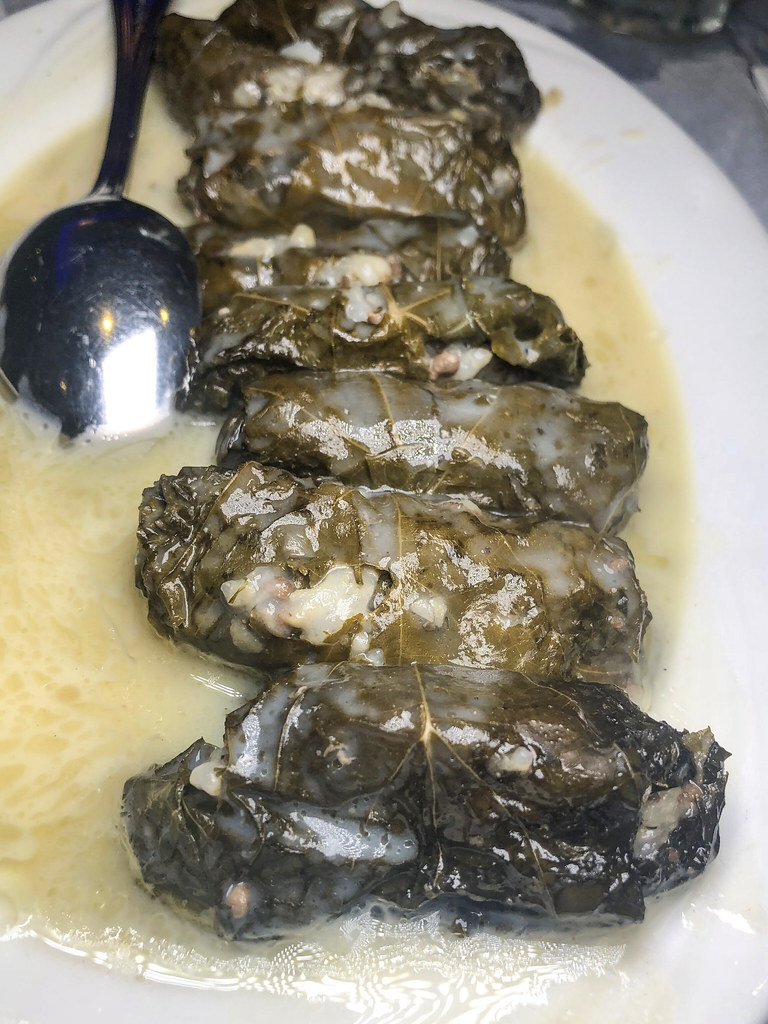 Dolmades are one of Stephen’s father’s favorite dishes. We of course had to order them, but when when asking for this particular dish, they gave us the option of either vegetarian or meat. Meat dolmades it was! The accompanied sauce was very tasty, worthy of a bread-dip or two. 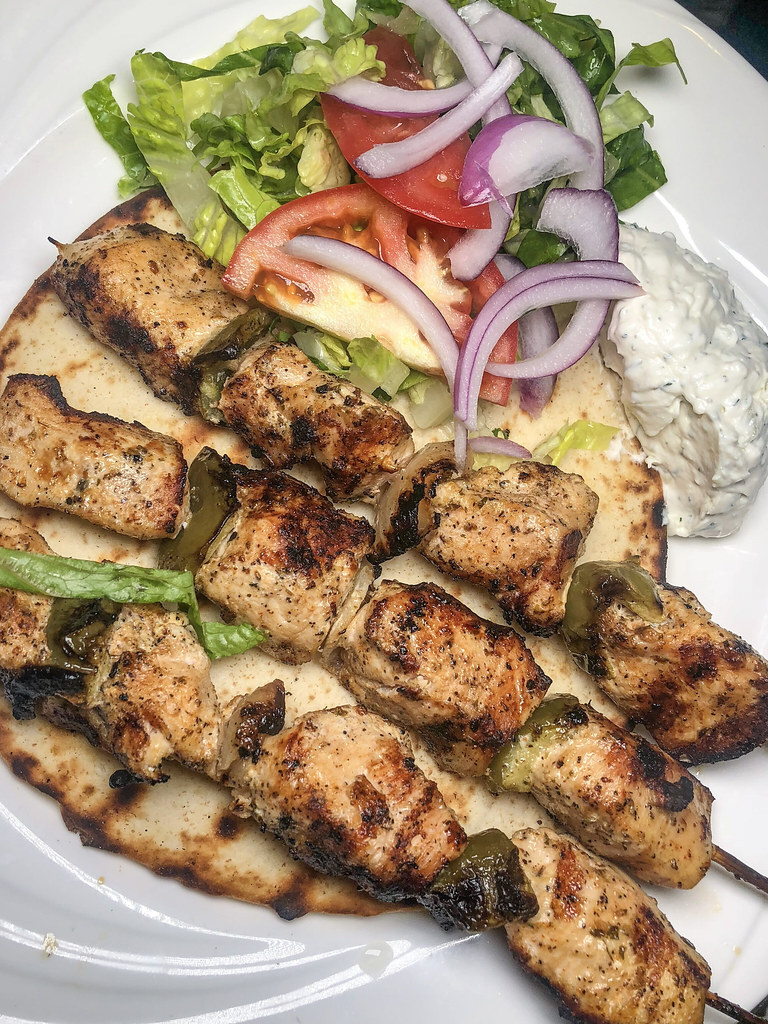 Stephen’s mom ordered the chicken souvlaki. I understand that putting the meat on the skewer was for presentation purposes, but the excessive amount of chicken for the pita was just over the top. Really not an issue. It was extremely tasty and overabundant. 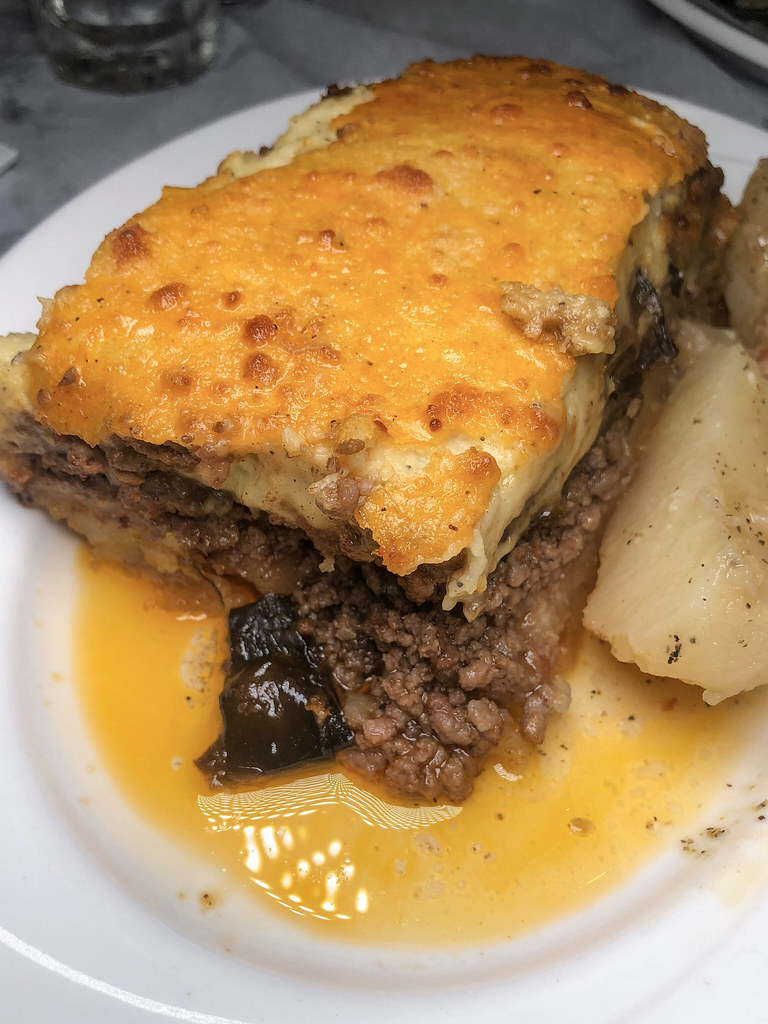 I ordered the Moussaka. It’s a classic Greek baked-dish of eggplant, potato, and bechamel sauce. 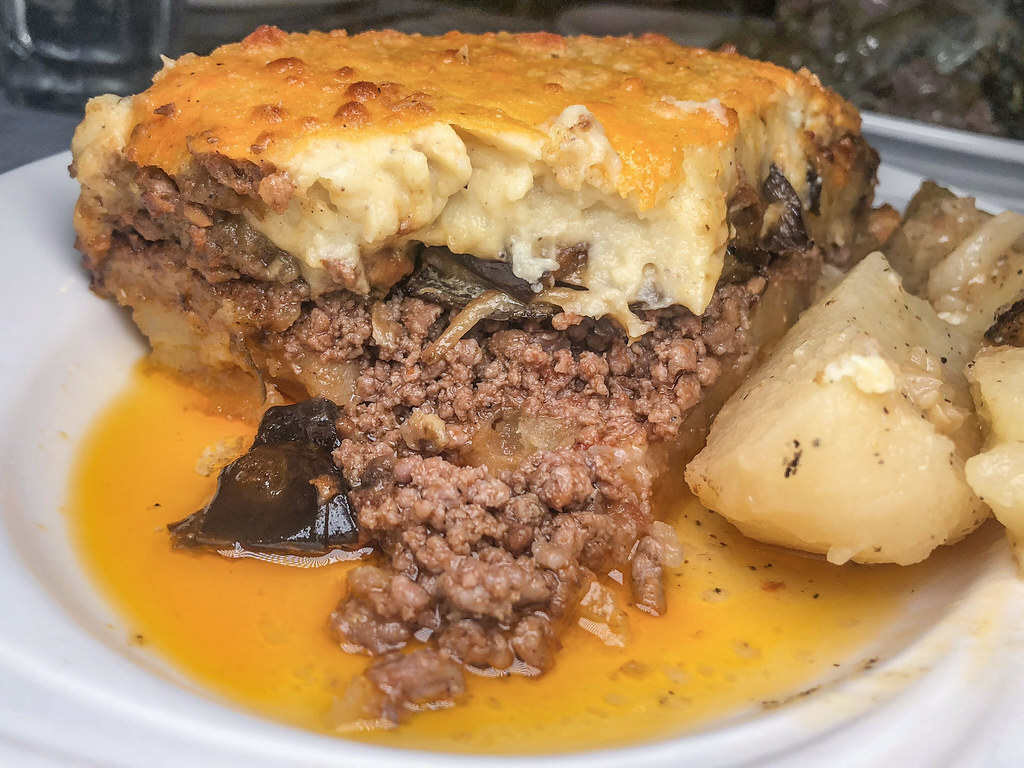 The ground meat was flavored extremely well with cinnamon, bay leaf, and garlic. The eggplant layer was moist and slice-able even with the skins intact. As with all moussaka, the top of the dish was layered with a flavored bechamel sauce. So each bite you take, you get depths of flavor between the meat, eggplant, and cheesy pillowness. 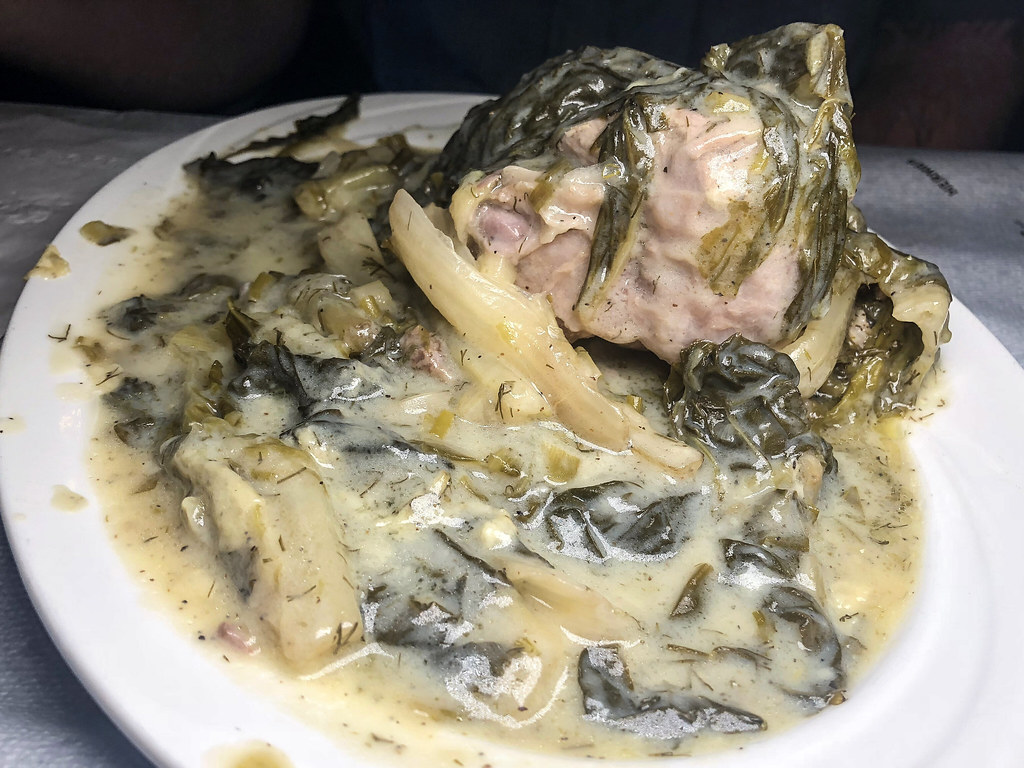 Stephen went way off track here and ordered the Lamb Fricassee, which is essentially Greek style lamb and greens in an avgolemono sauce. You may recall I made this soup in the past (link here!), but this dish was basically lamb chunks in this lemony vegetable sauce, likely thickened with eggs. 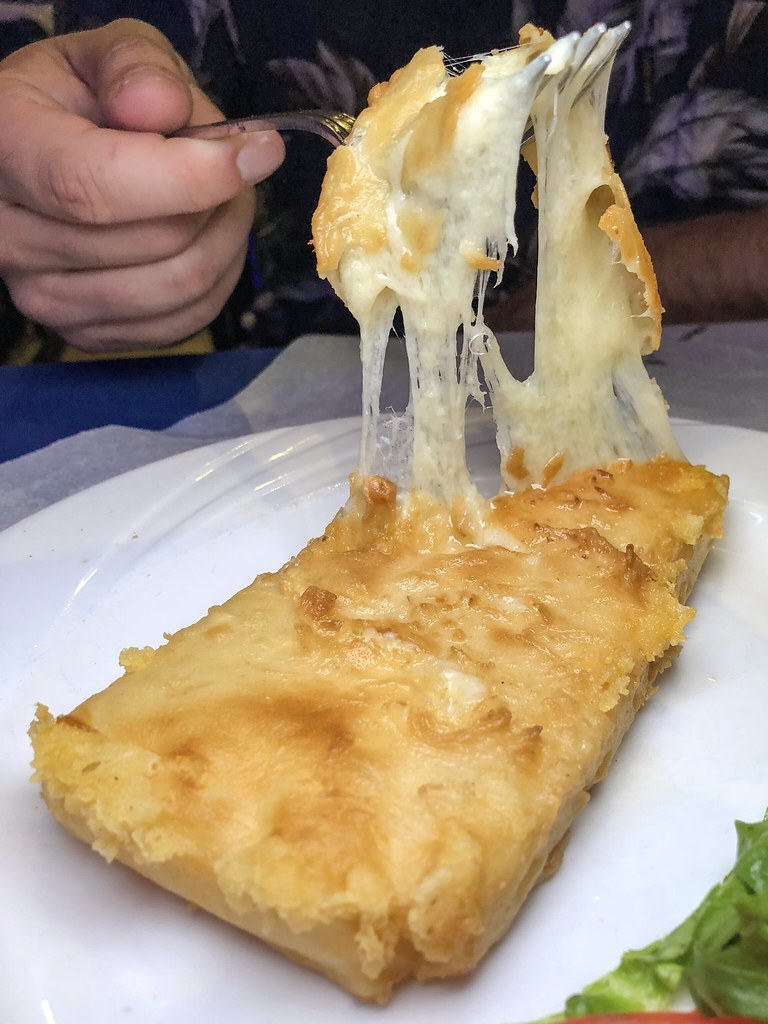 This is an addition to my Father’s Day post!

I brought my friend visiting New York from San Francisco just about a week from having our Father’s Day lunch. I was that impressed with the establishment.

We started with the Saganaki, which was the grilled cheese dish. Very good comparing to other local Greek restaurants as well. 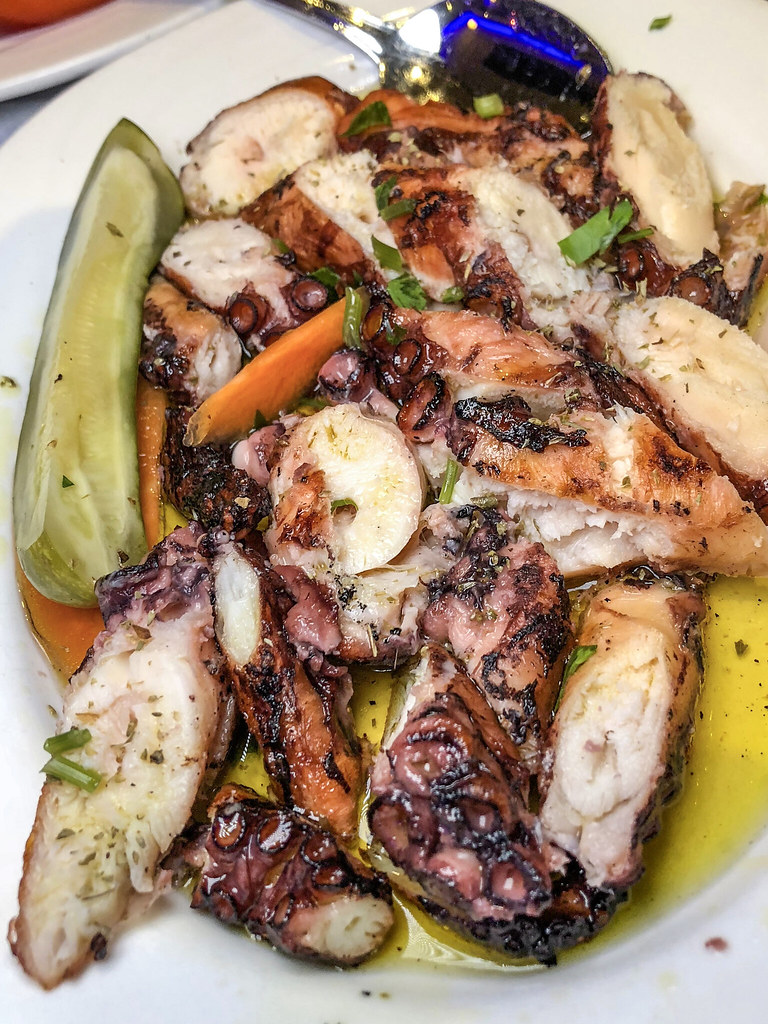 As for the grilled octopus, it was tasty, but not the best. I still stick with Agnanti off Ditmars as my favorite place for octopus in Astoria.

Either way, still happy we finally made out way to Stamatis. The Greek food here is impeccable, and the atmosphere is everything we wanted in a local Greek spot (lookin’ at you, wall paintings of Mykonos).