Lovely, old-school brunch places are hard to find, especially in Hell’s Kitchen. We were lucky enough to find one of the few remaining establishments in the area. Majority of the clientele appeared to be pre-theatre ready, but that didn’t deter us from stopping by for some authentic French cuisine. 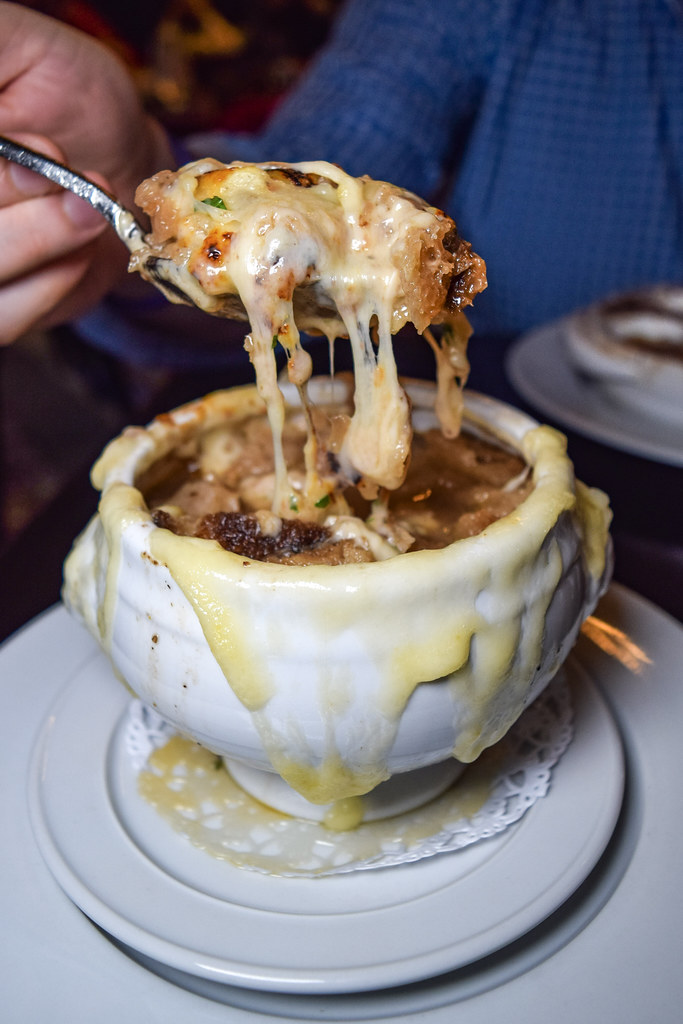 French Onion Soup is my absolute favorite soup in this world. The dish was presented classically but not overboard. The cheesy croutons sat just enough in the broth to give it the half soggy, half crispy texture I adore. The soup itself was viscous and bodied full of flavor. Don’t forget the crispy cheesy drippings on the side of the bowl – my favorite to snack on. 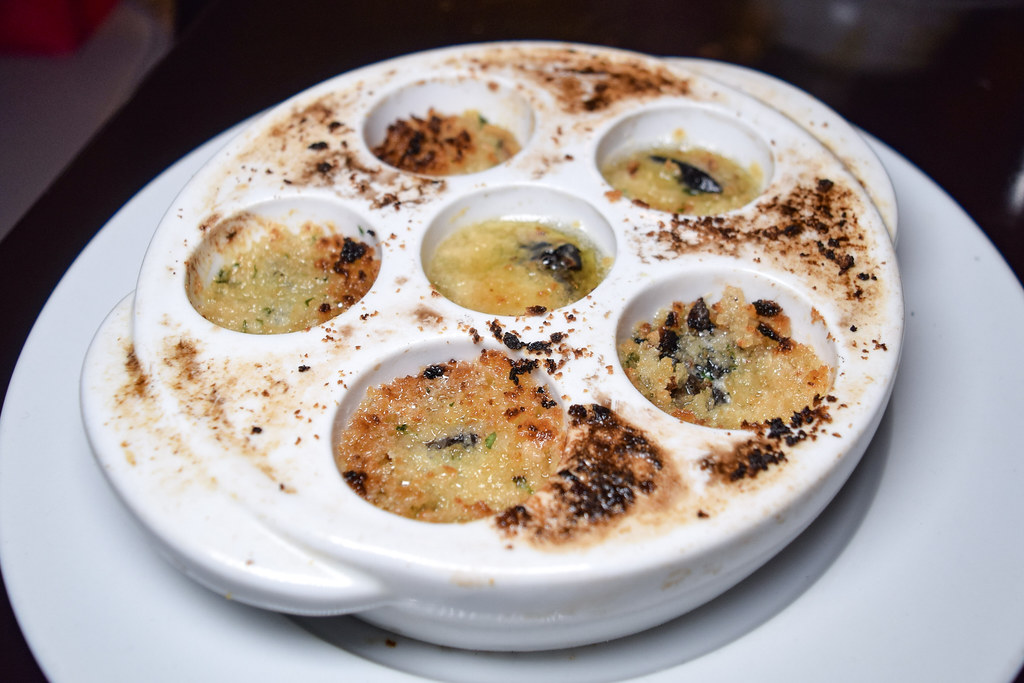 I know escargots aren’t glorified in the mainstream sense. Stephen nearly freaked out when I mentioned that I wanted to order them initially. Bless his heart he trusts me with these things, really. 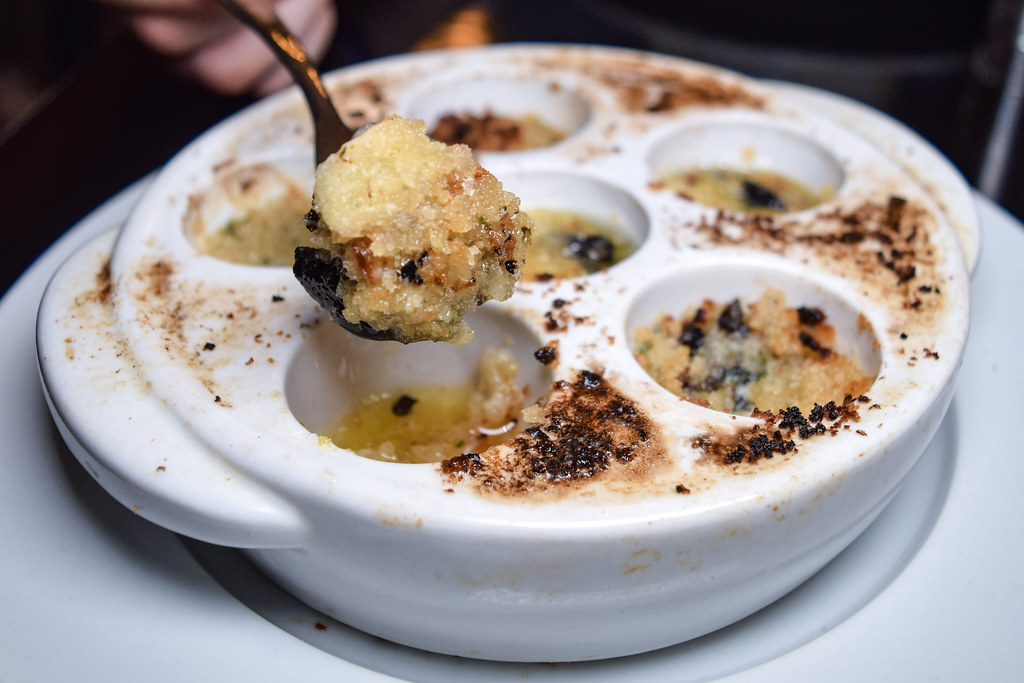 Once he tasted the buttered, herbed, and stuffing portion of our escargots, of course he loved it. The escargots were slightly smaller than what I expected, but still tasty nevertheless. 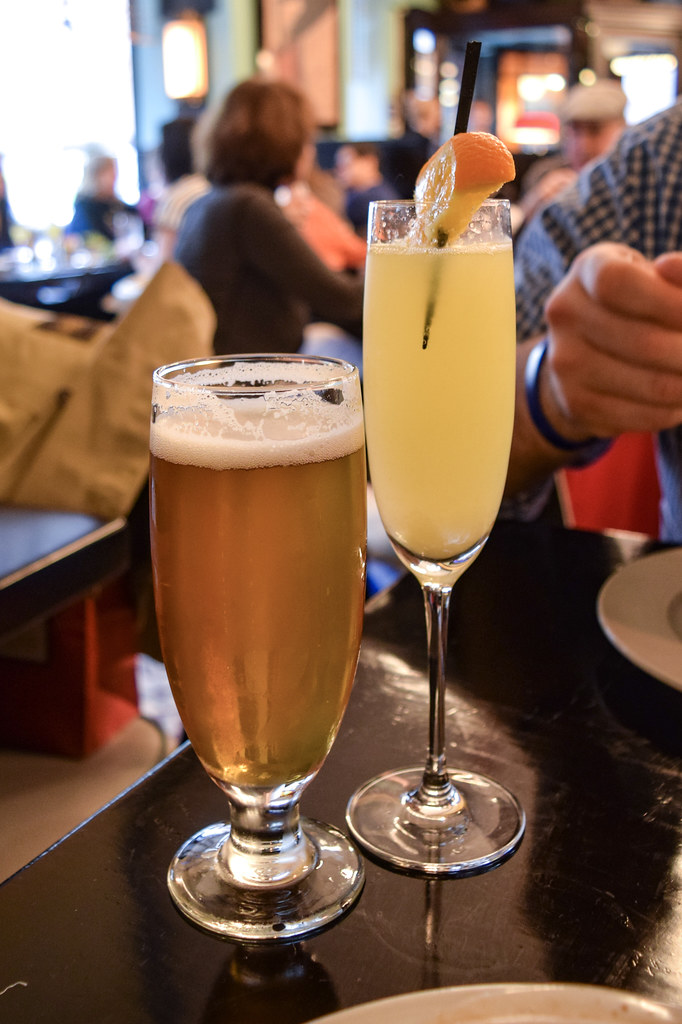 I paired my dish with a lovely fruity IPA, while Stephen opted for a Mimosa. As usual, the waiter always serves me the “girly” drink, and Stephen the beer. We don’t mind at all. 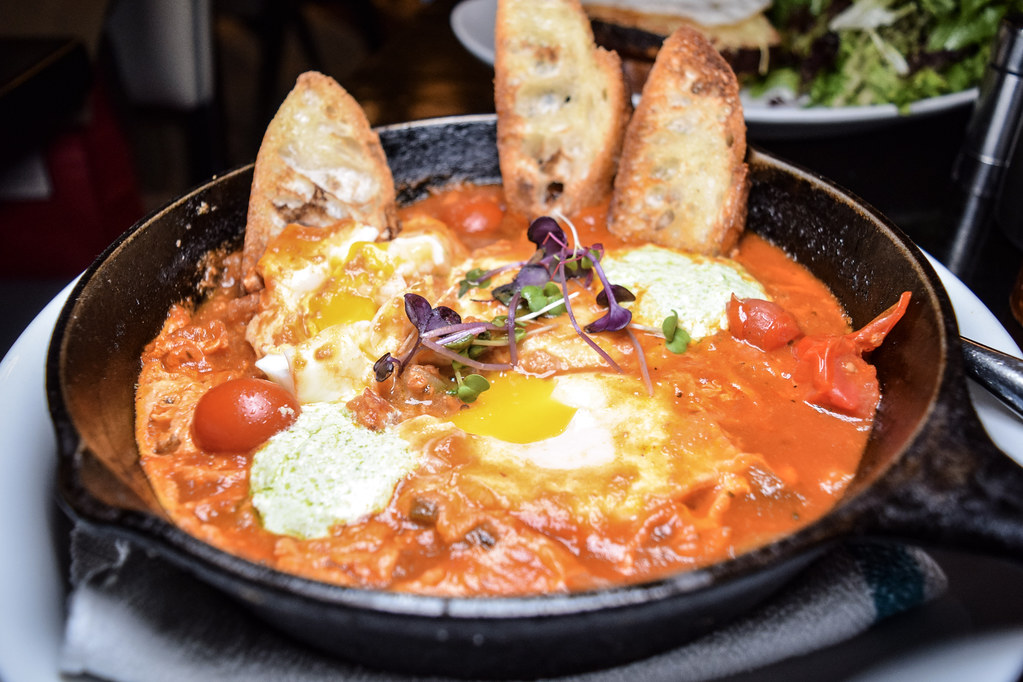 Shakshuka, which obviously isn’t a French dish, is still eaten internationally (also note that France did occupy Morocco for some time). This was their take on Moroccan shakshuka, full of flavor and spice. In the tomato sauce were 3 poached eggs and partially dipped toasted French bread. I’m a big fan of shakshuka, and this one was very tasty. 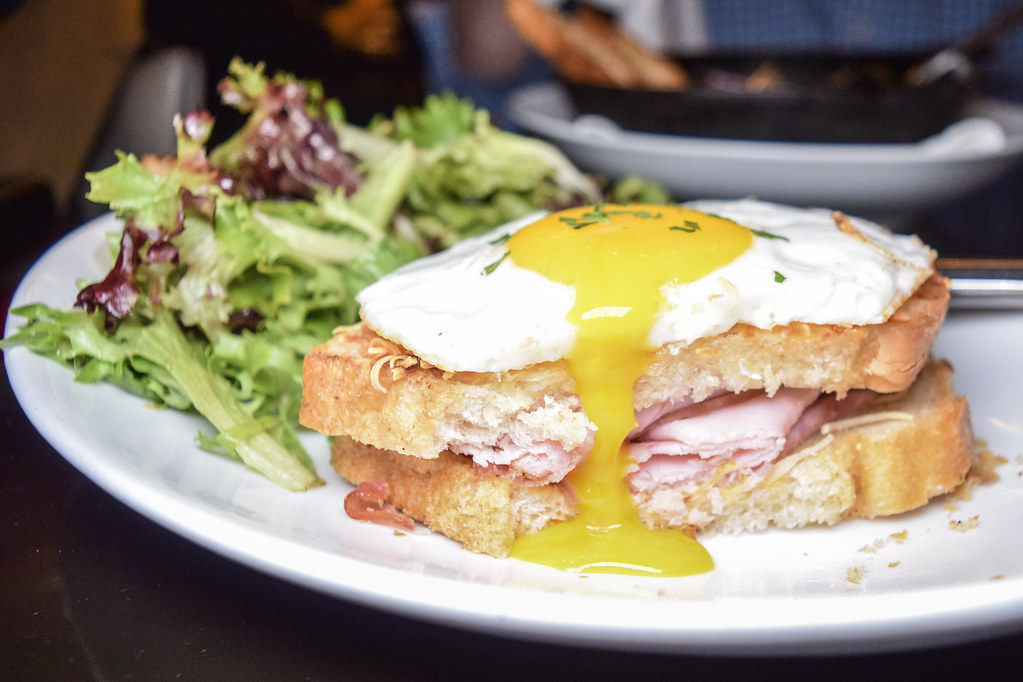 To finish off our meal, of course we had to order the Croque Madame. In between the toasted brioche bread was jambon de paris, aged gruyere, and topped with a mornay sauce and sunny side up free range egg.

I’d love to return back to Marseille again for either lunch or dinner, seeing as how good their brunch was. Also would be nice to not be surrounded almost entirely by pre-theatre people (not that it was the restaurant’s fault – it’s the location).