Very rarely do I get invited to “fine dining” establishments because of my Instagram. To be honest, they are far and few between. Which is why I was quite appalled that such a refined establishment like Lincoln Square Steak wanted me to come by and try their menu. 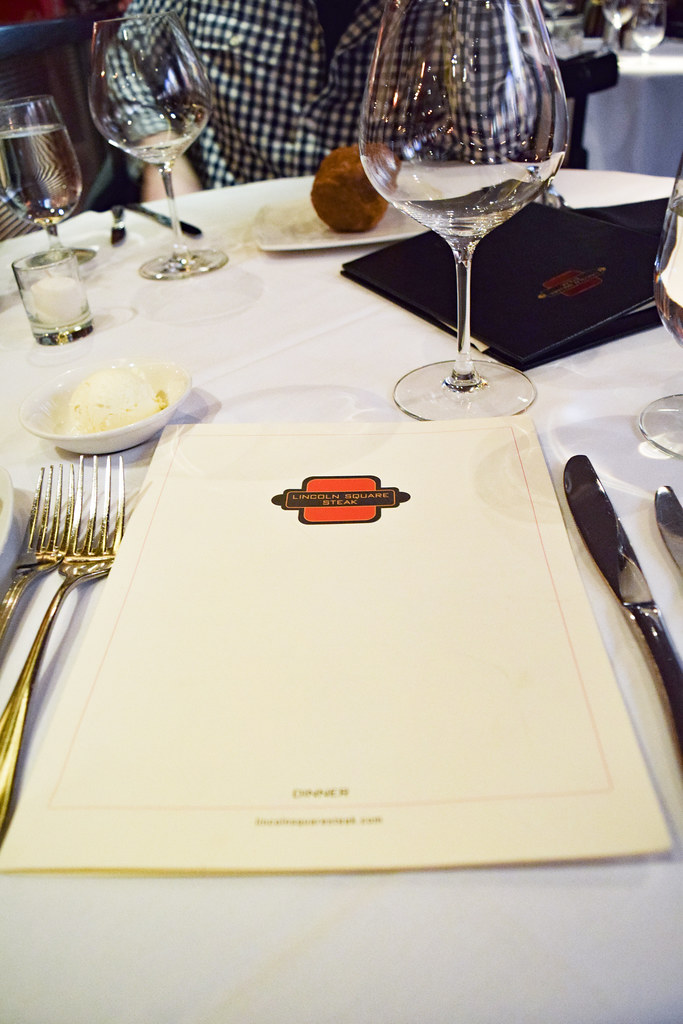 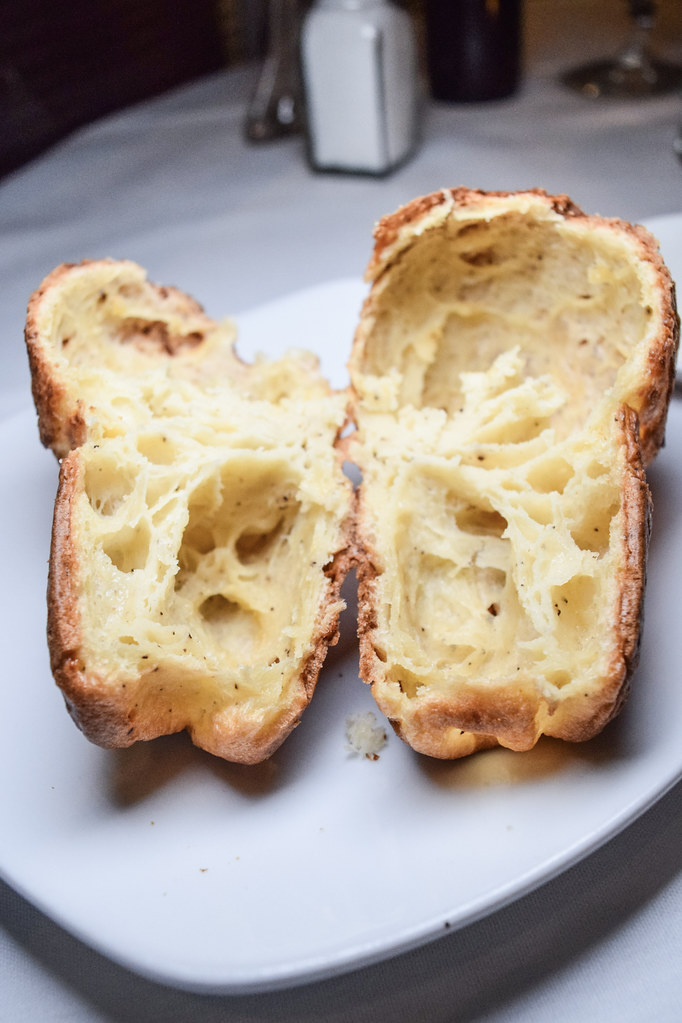 White table cloths and fancy silverware adorned each table in the dimly lit central dining room. Although I perceived the crowd was a little older, it still felt fresh and contemporary enough for people my age to enjoy.

Our server, whom I unfortunately forgot his name, was more than attentive and extremely prompt. Once seated, some type of popover was immediately placed on our table; filled with flaky holes perfect with butter. I let our server do most of the ordering, since after all I was invited in the first place. 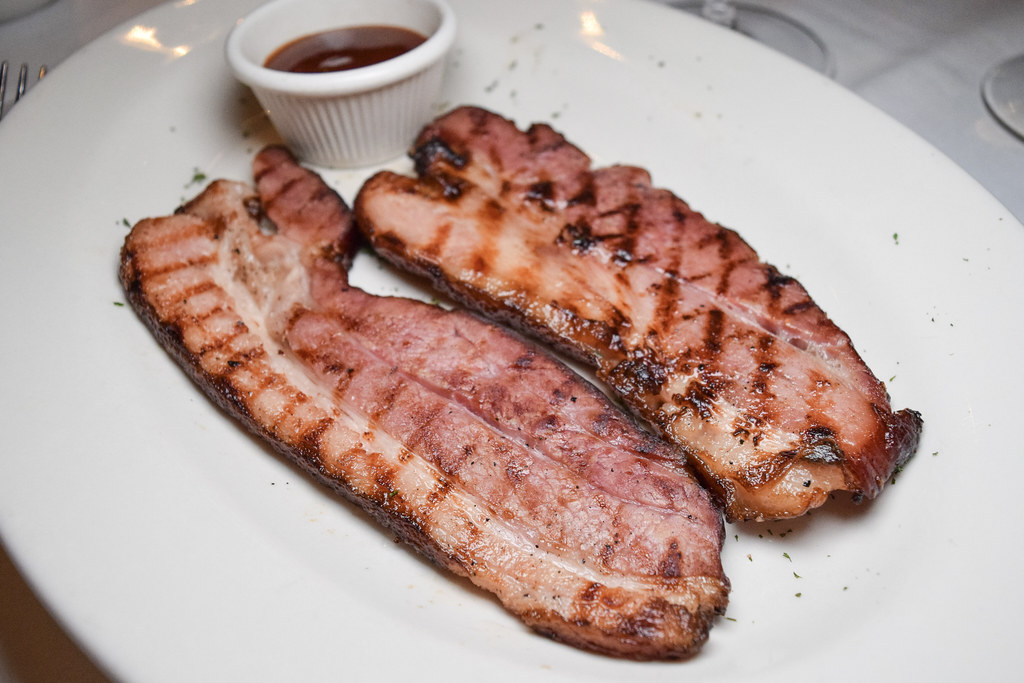 We started with the sizzling Canadian Bacon for our first appetizer. The thick-sliced bacon was succulent and grilled nicely. The sauce, while not needed as the bacon had enough flavor on its own, was some type of tangy barbecue sauce. 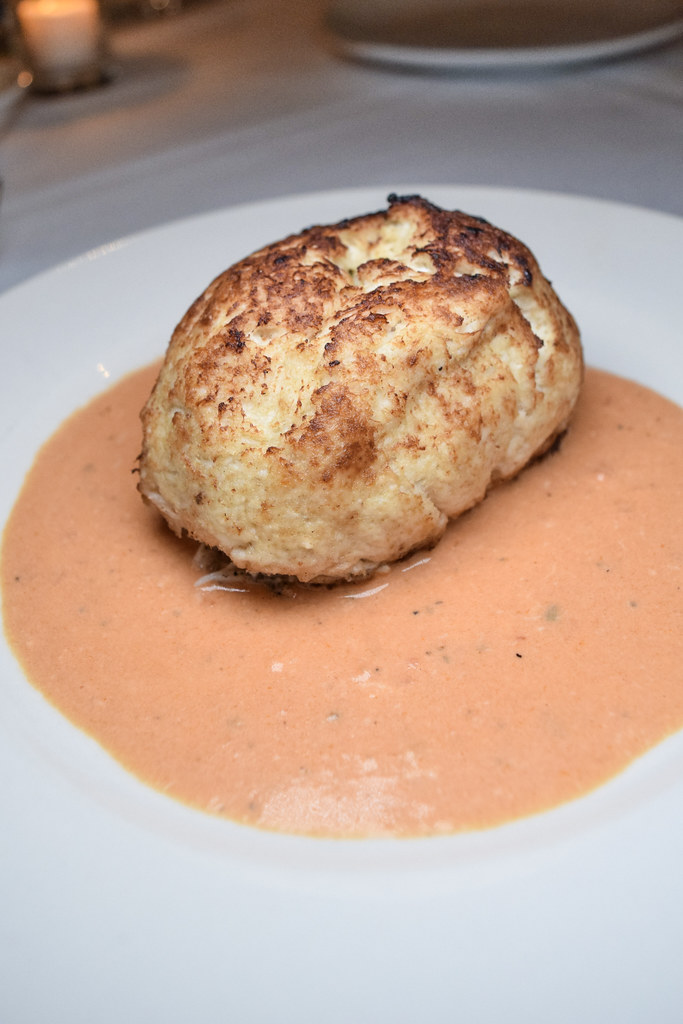 Next appetizer was the Jumbo Lump Crab Cake accompanied with a Dijon aoili base. Usually I’m not a fan of an appetizer with one sharing piece, but this crab cake was quite massive and surprisingly more than enough to share between two people. 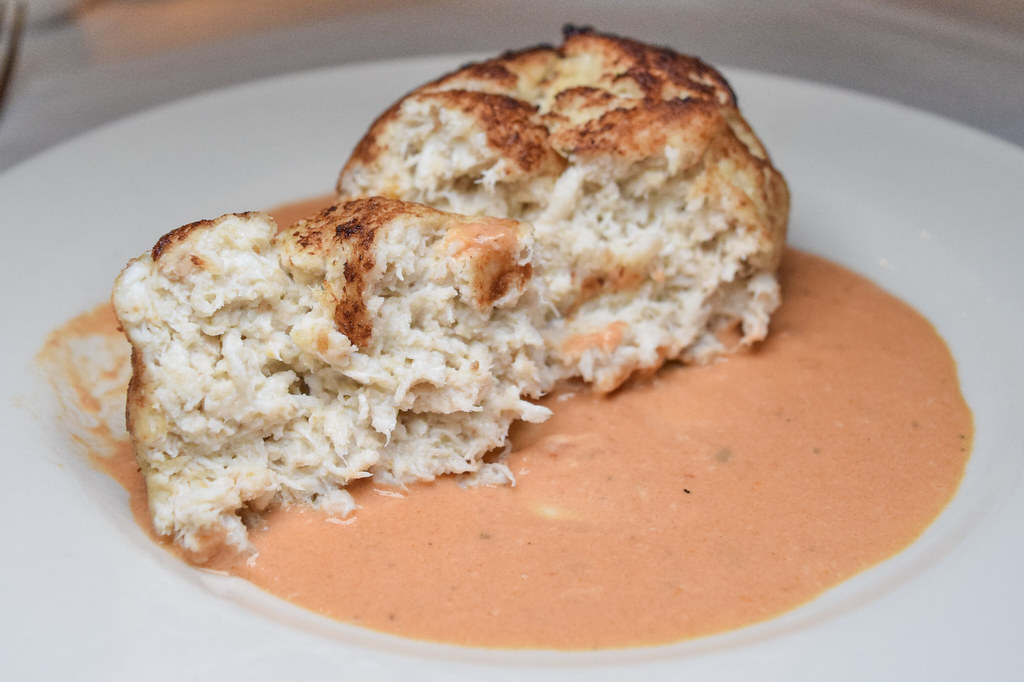 The enormous cake was stuffed with chunks of real crab meat, leaving hardly any room for fillers that you’d likely find in other crab cakes. 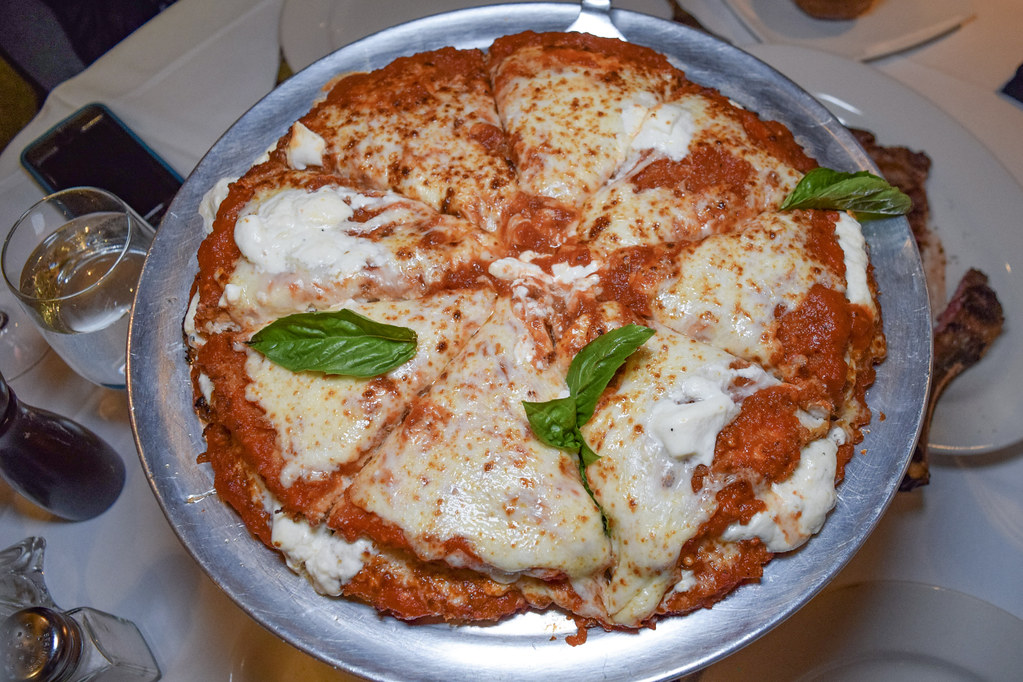 We ordered the “Chicken Parm Pizza”, as requested by the staff when initially arranging the visit. I didn’t think much of it, expecting an actual pizza pie topped with chicken parmigiana. But holy shit were we shocked when this came to our table. 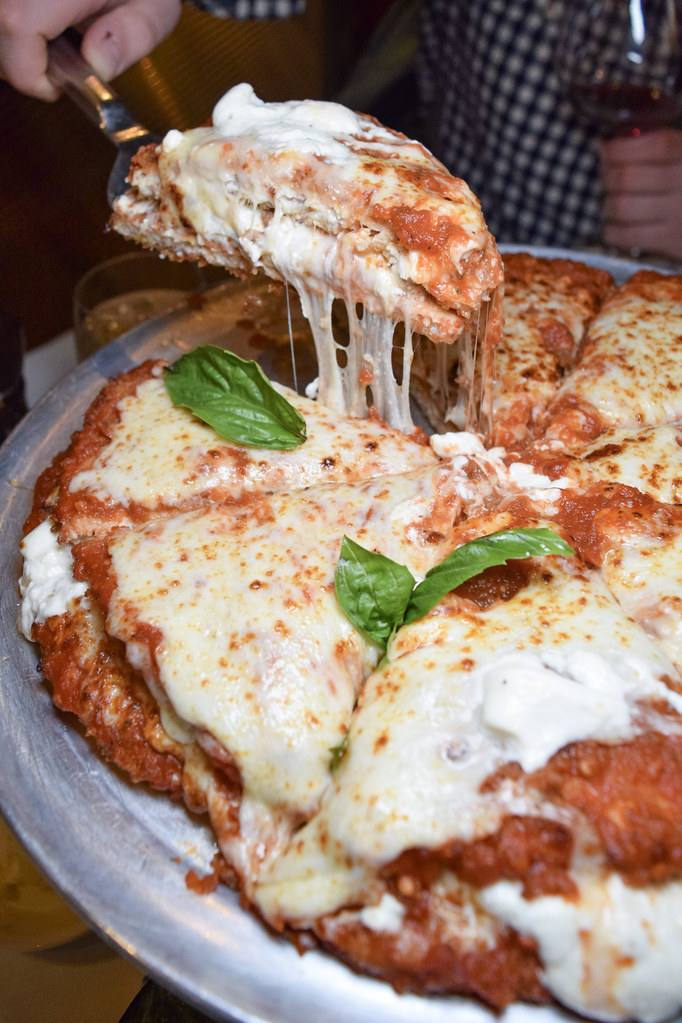 Imagine a thinly-pounded out disk of chicken cutlet, more than 12 inches in diameter. The chicken was topped with sauce, tons of melted cheese, and then repeated with another layer of the same. It was cut to resemble slices of pizza, but way more hearty than any slice I’ve ever had. 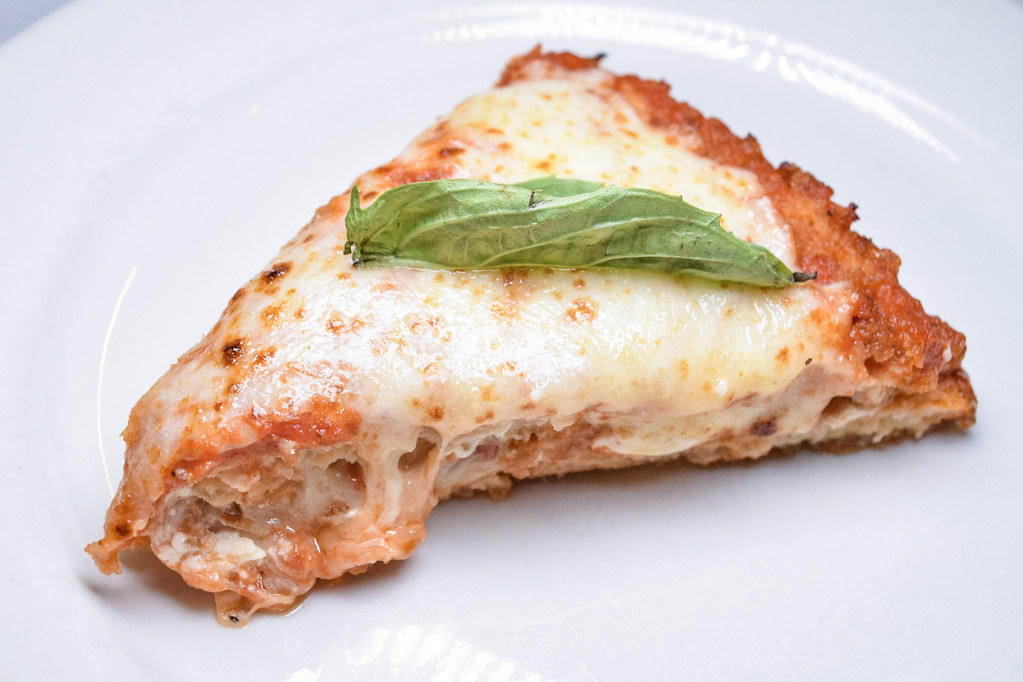 For something so large and easy to mess up, I was surprised at how flawless this dish was put together. Perfectly cooked breaded chicken, tangy sauce, and just the right amount of melted cheese throughout. One slice was enough for me, but I can see this whole dish being more than enough for 4 servings on its own. 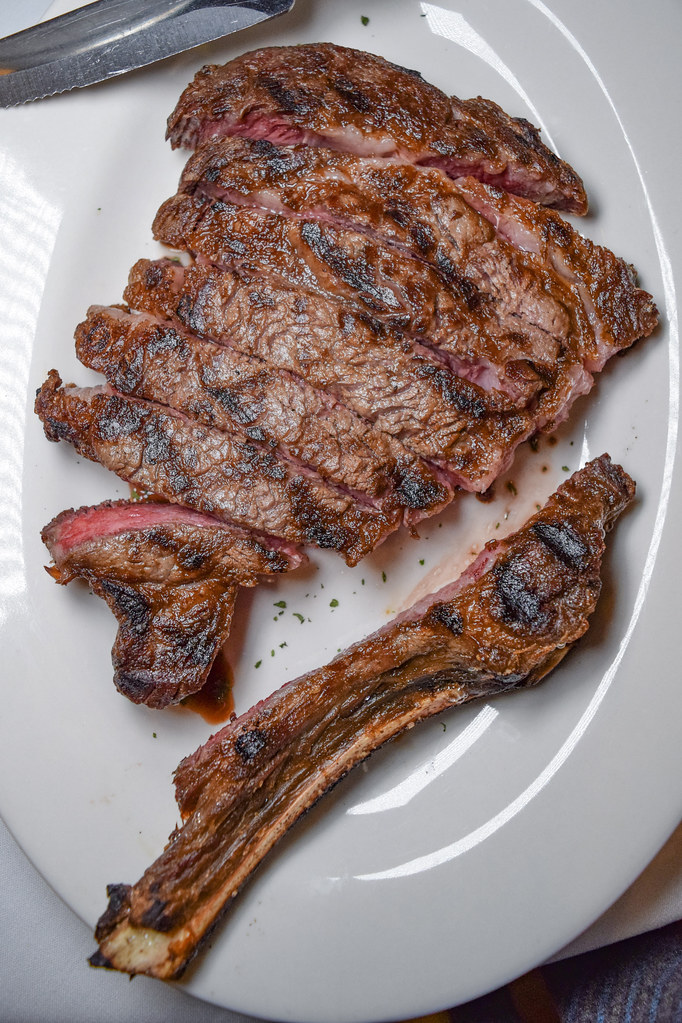 What’s the use of going to a well-known Steakhouse and not ordering a steak? Clearly we had to oblige. I cannot, however, for the life of me recall which cut this was, but for what its worth it was absolutely delicious. 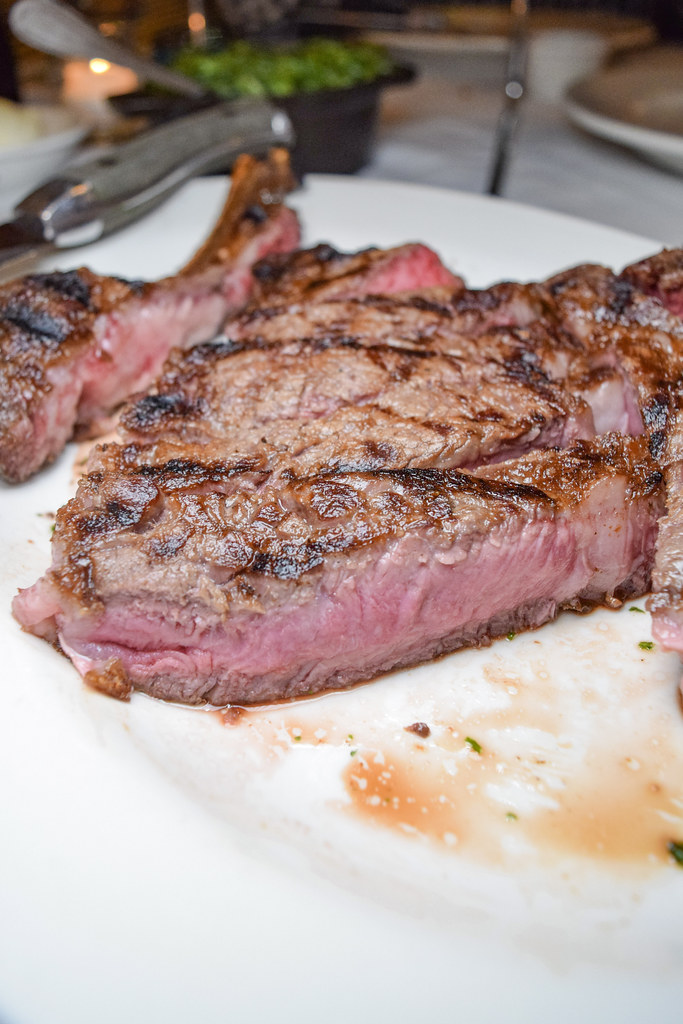 As beautiful as the presentation was, what really stole the show was the quality of the meat and how magnificently it was cooked.

Never trust anyone who orders their steak more than Medium. 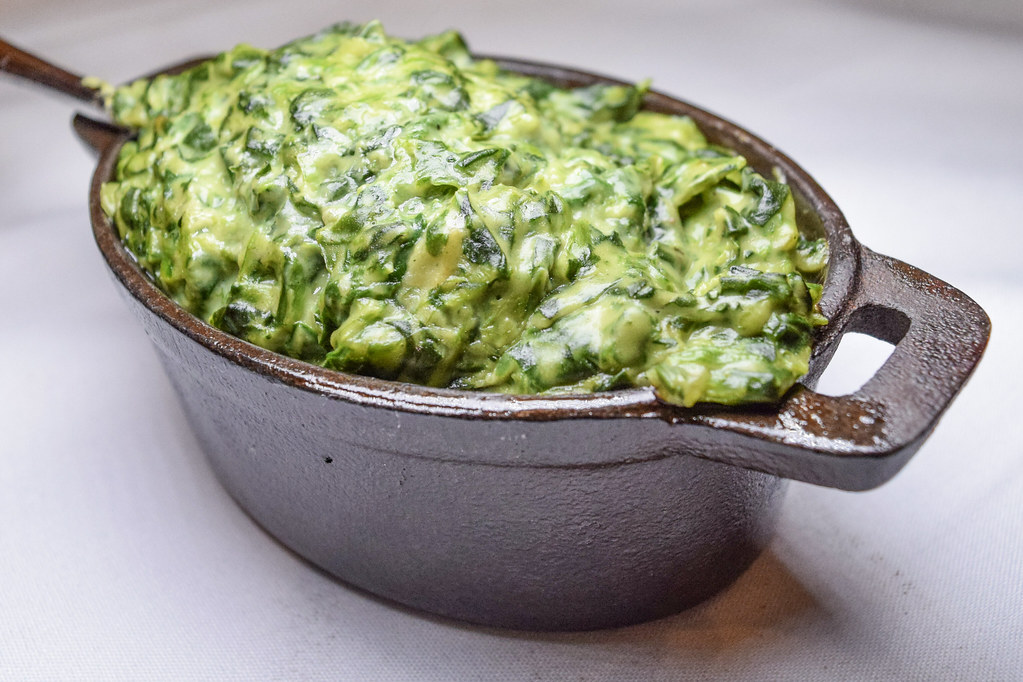 A side order of Creamed Spinach was the perfect accompaniment and last savory dish of the night. Although everything was amazing that night, I never thought how impressed I would be with something as simple as creamed spinach. 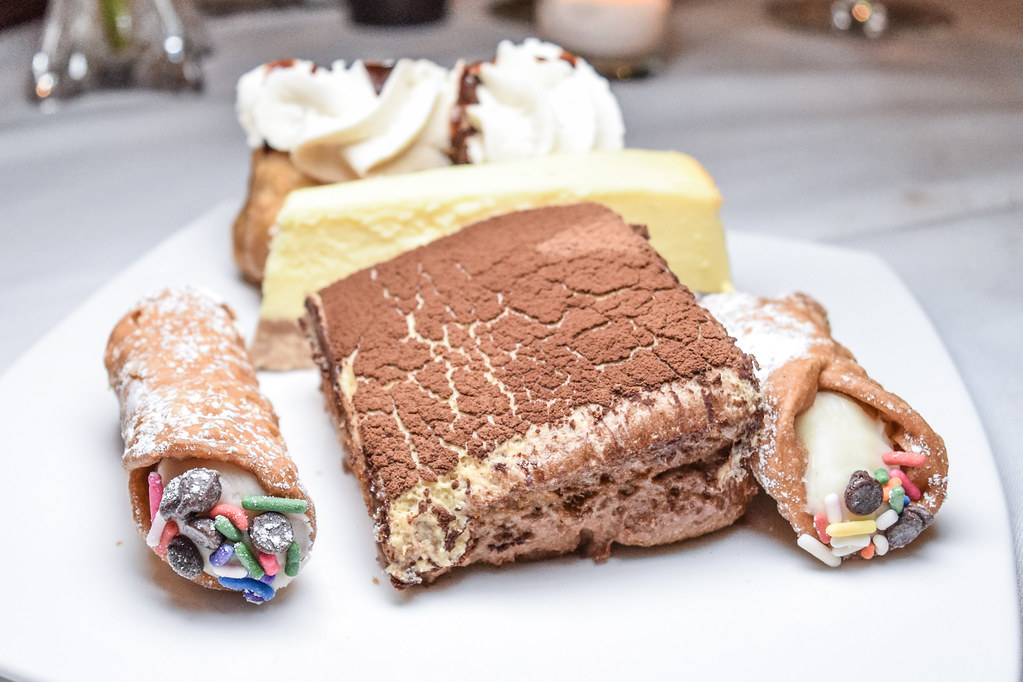 Dessert was an array of Italian pastries and cakes. As beyond stuffed as we were, we made sure to have at least a tiny bite of every dessert presented. An extraordinary finale to a night full of deliciousness. I cannot say a single negative, or even slightly flawed comment about that night. 10/10, and this was definitely not #sponsored.