It is with great regret that I have to confirm the closing of a favorite local restaurant of mine – MP Taverna. Although their Astoria location has closed (and is being replaced with another small restaurant chain I also adore – Burgerology), I still would like to do Chef Michael Psilakis some justice with this blog post. And also mention that there are two other locations of MP – Roslyn on Long Island and Irvington in Westchester. 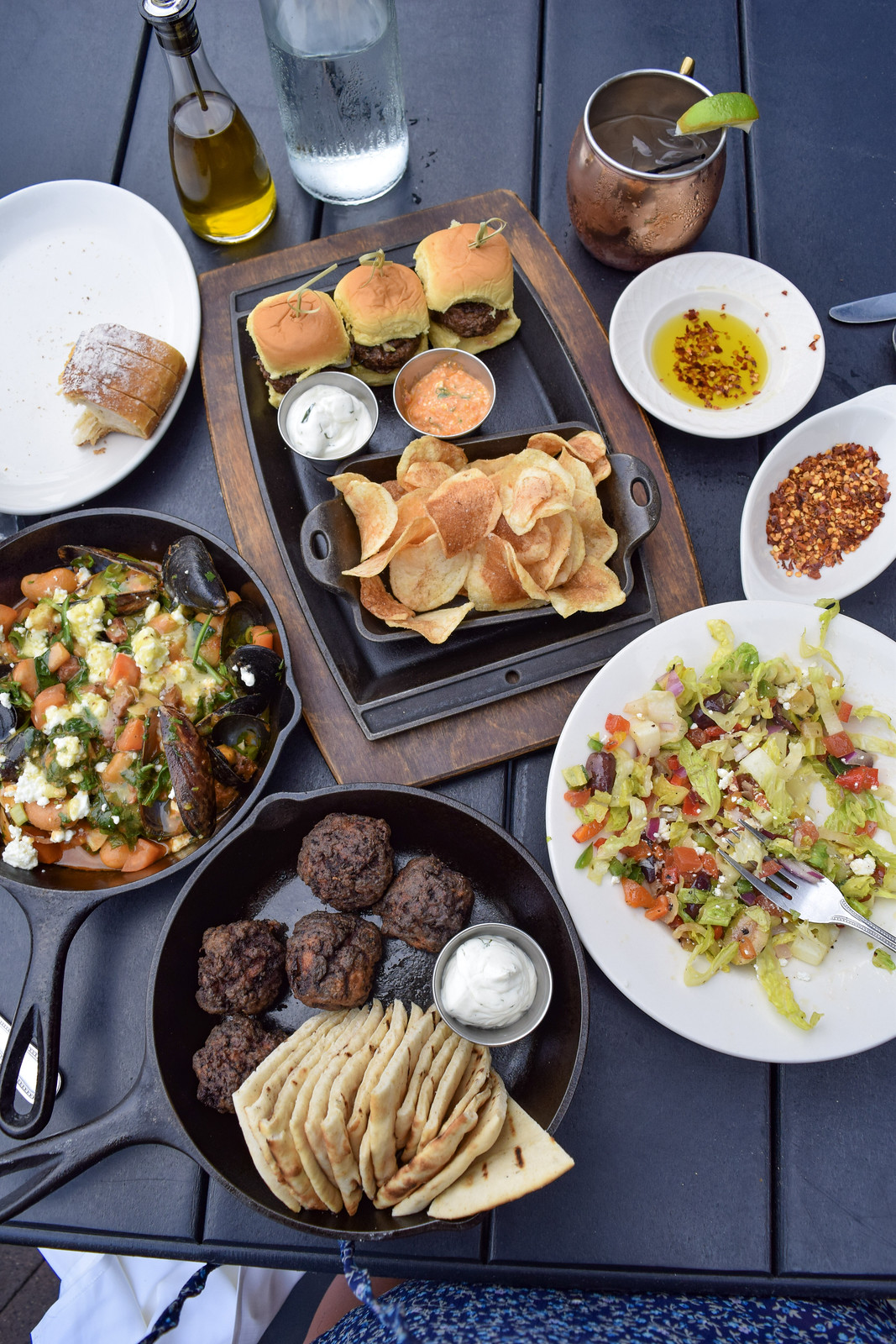 Out of the 5 or so years that MP has been open on Ditmars Blvd in Astoria, I’ve probably been only about a dozen times. But, I can guarantee that the food and service was always top-notch. Plus, I’m like a huge fan-girl of Chef Psilakis from Chopped and other shows on the Food Network, so I mean… 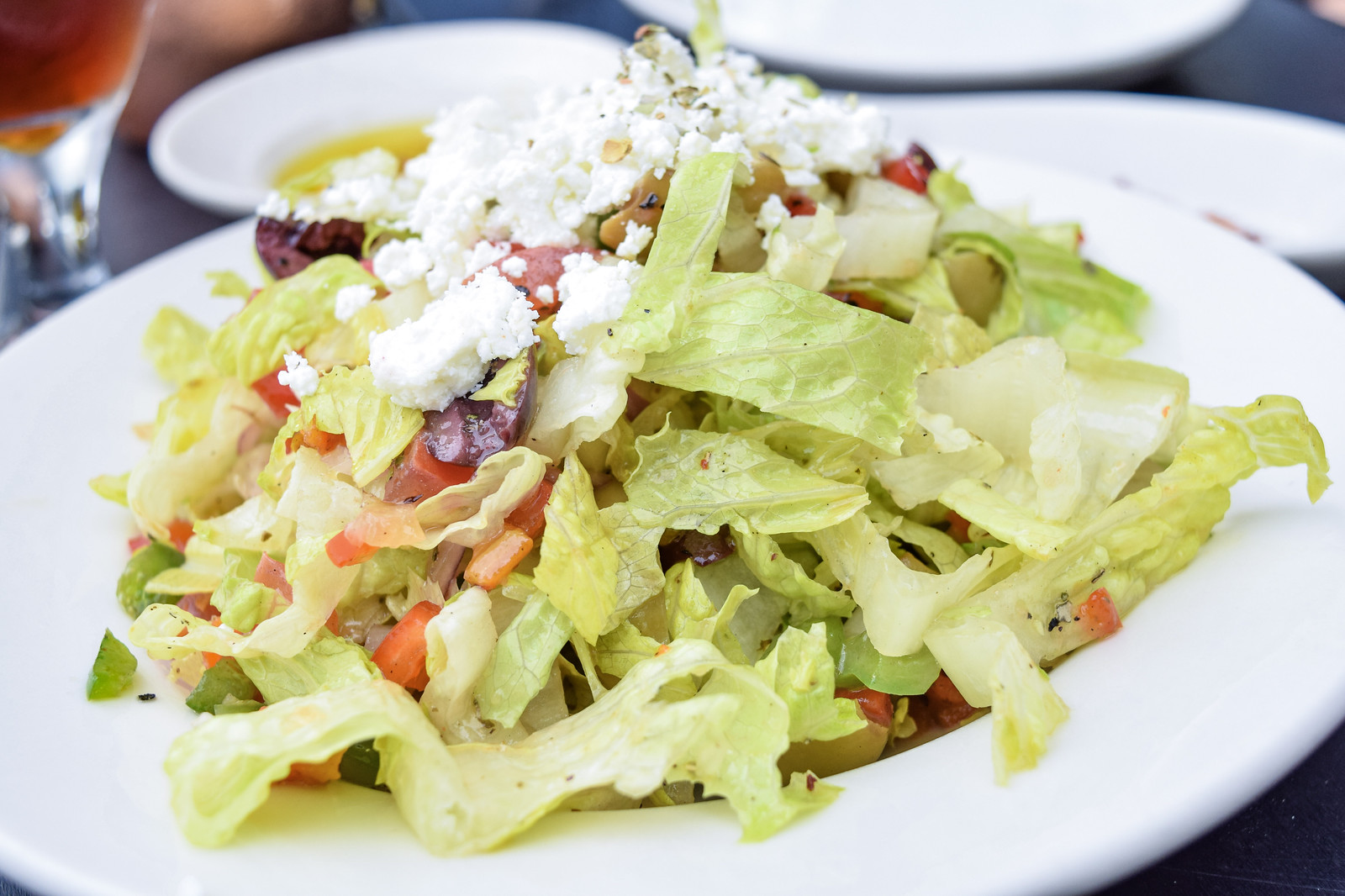 As usual, I always like to start out my meals from a Greek restaurant with a Greek salad – lettuce, cucumber, tomato, olive, onion, feta, peppers. Although this salad looks slightly mundane, there are other salads on the menu that are noteworthy (such as the bulghar, or octopus chickpea salad). These photos happened to be from a 2017 visit. 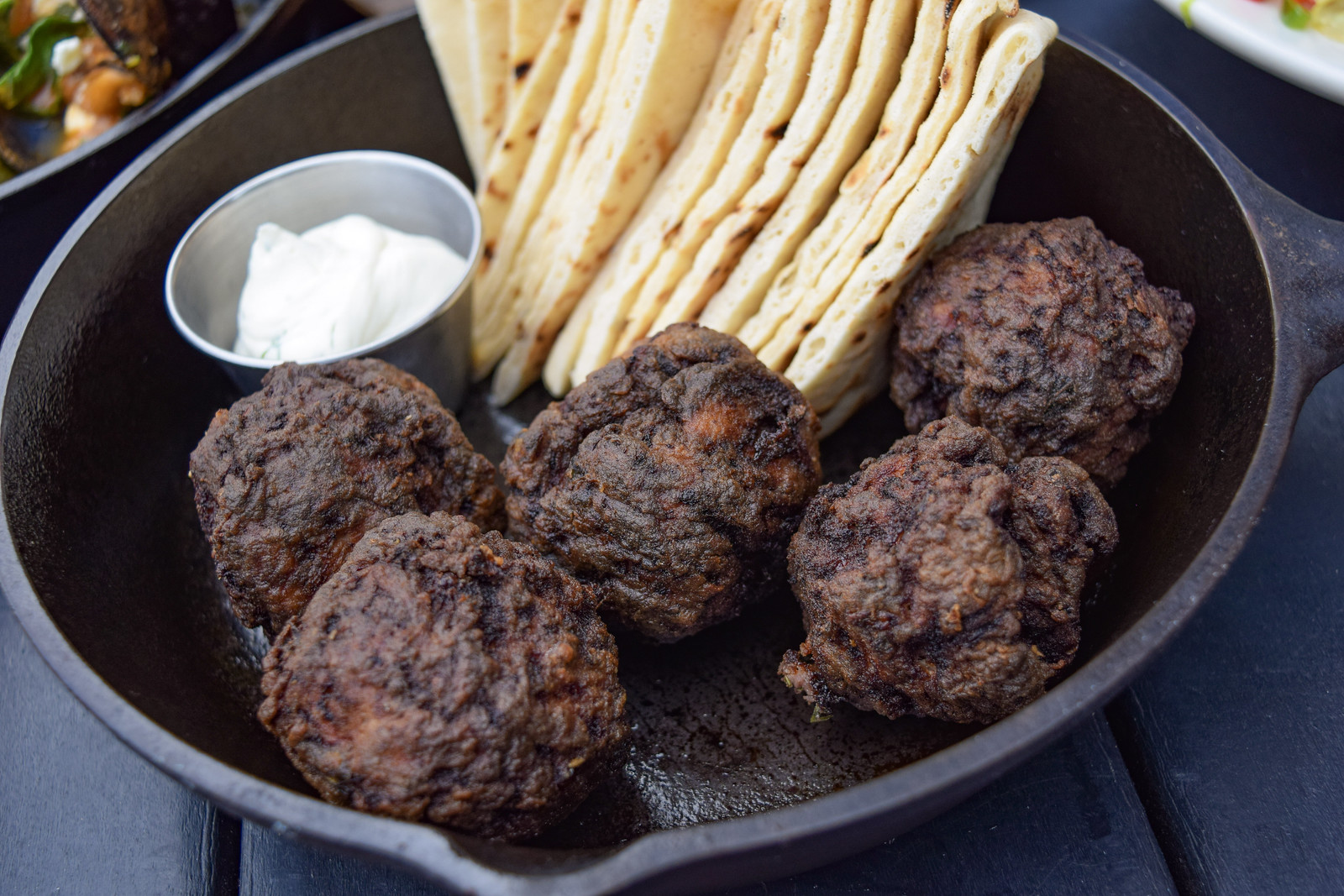 Next up was the “Grandma’s Greek Meatballs”. Really flavorful meatballs finished in a dry cast iron skillet with a wad of pita bread, tazatziki, and some fresh lemon wedges. 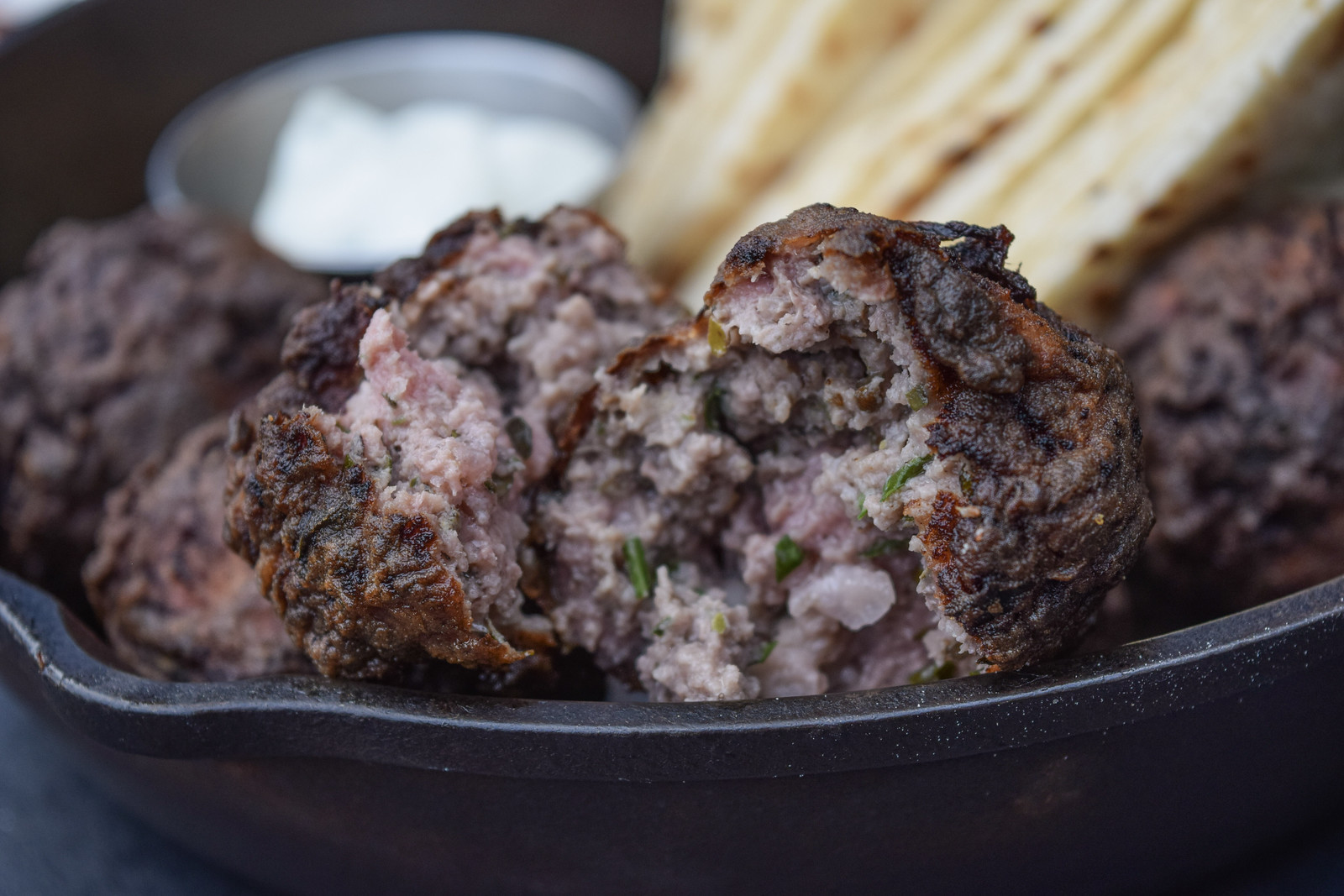 You can tell from the photo that the exterior was crisp, but not crunchy (no breading here), and the inside was moist and ingredients blended evenly. 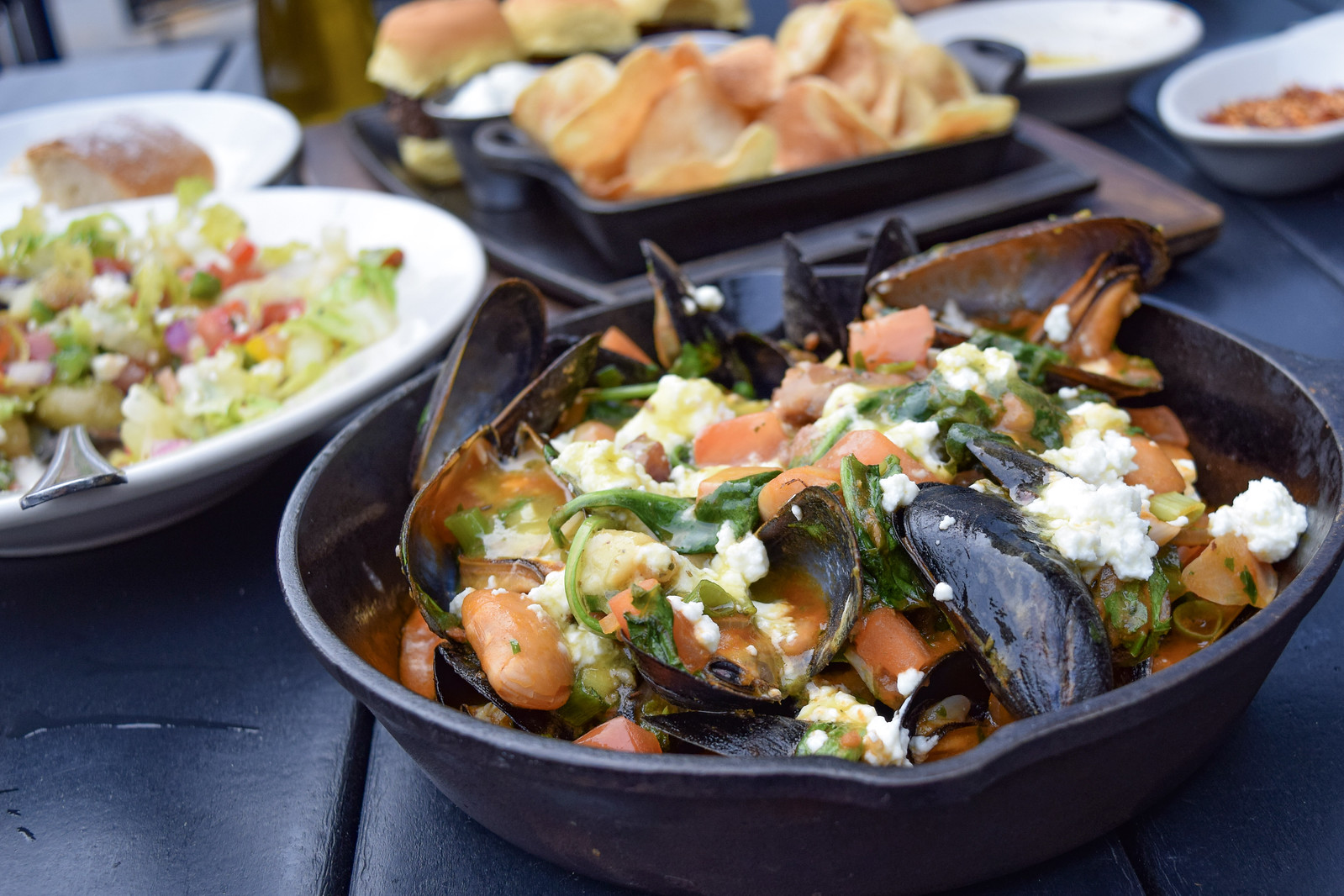 Only until living in Astoria did I learn that Gigantes beans were essentially large meaty butter beans. This dish was the “Mussels & Gigantes”, with tomatoes, spinach, a feta cheese. 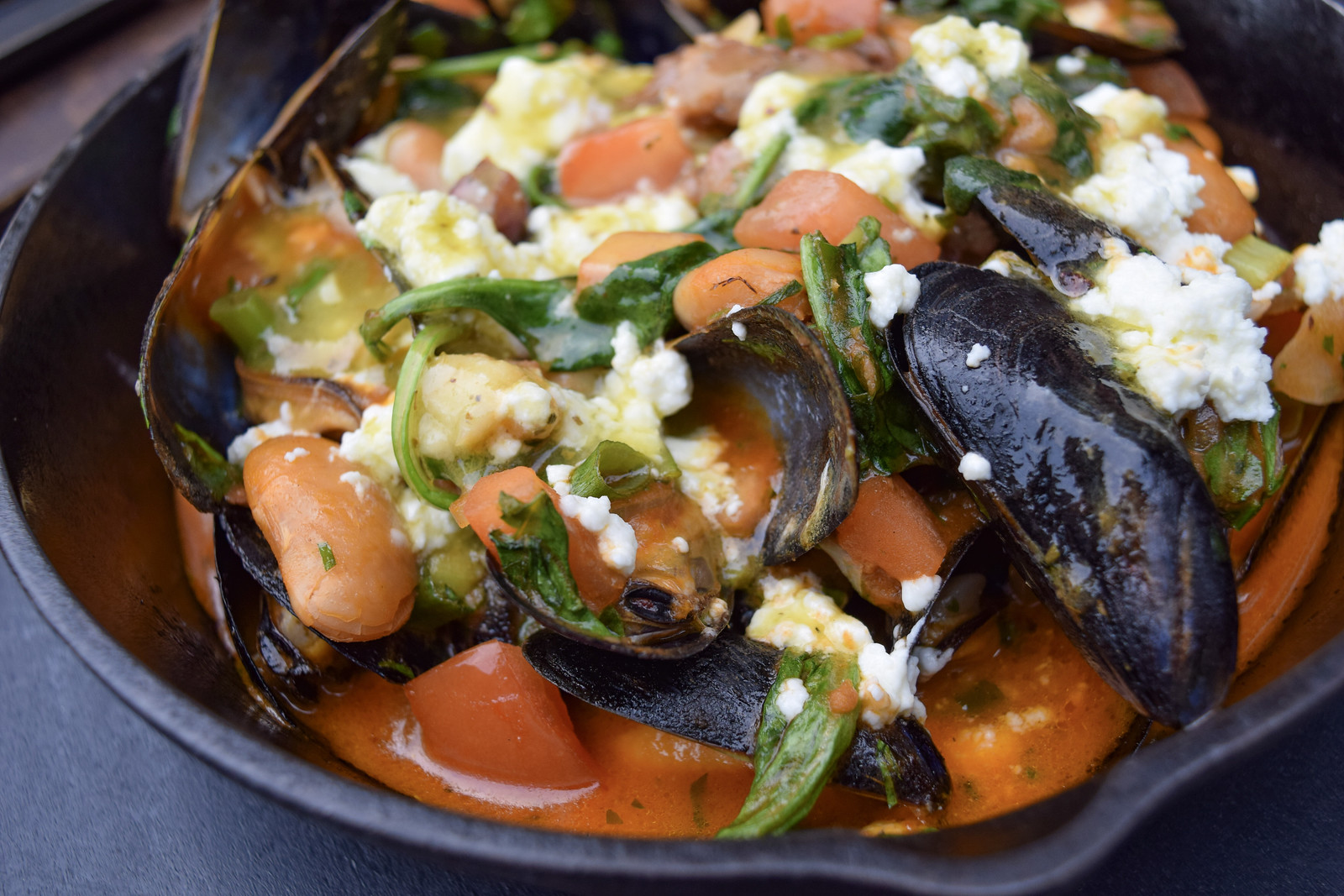 The broth from the mussels mingled with the tomato and white wine base, and was perfect for sopping up with all that extra pita from the meatballs. The warmth of the dish melted the feta ever so slightly for a lovely creaminess. 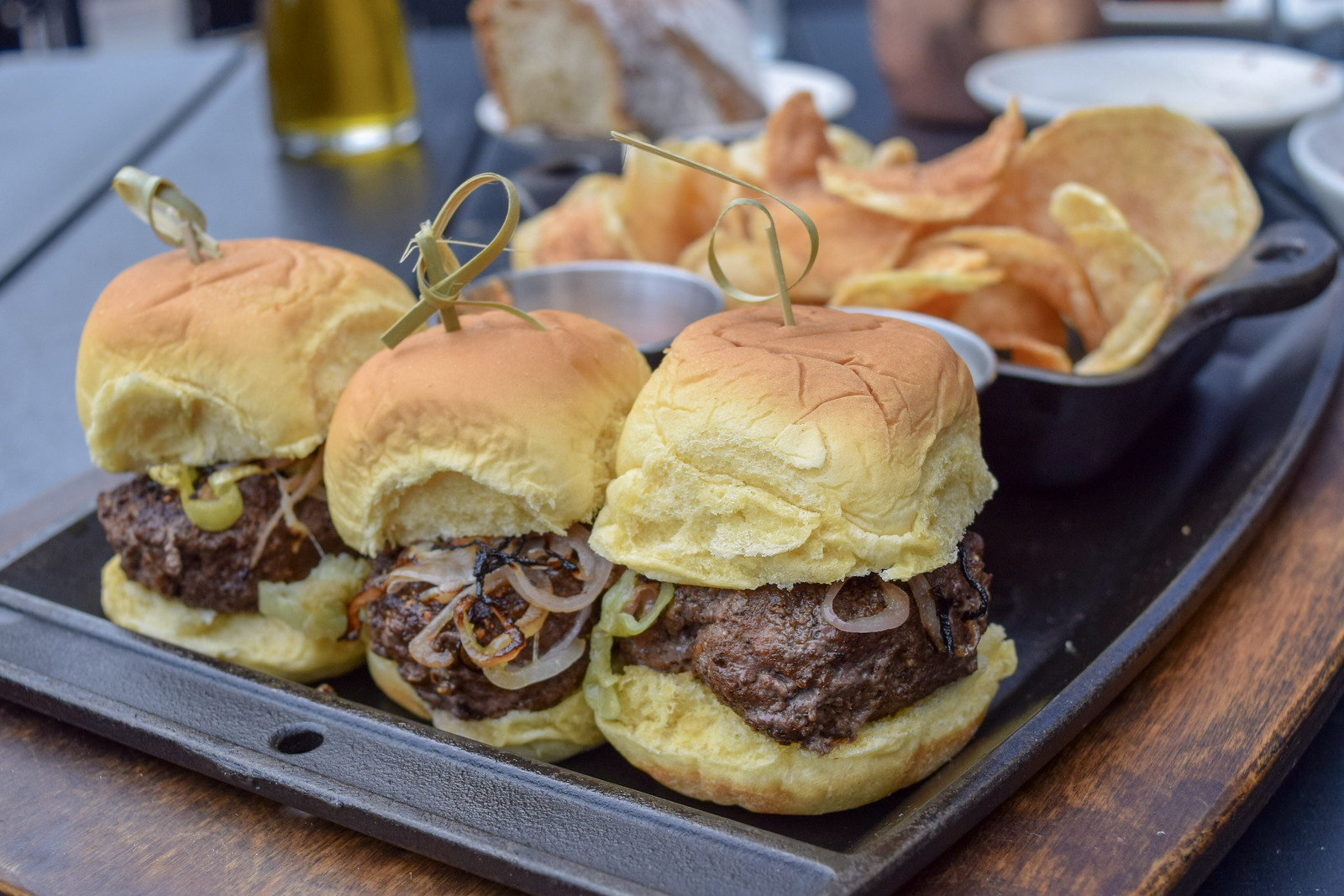 Finishing off the meal were these “Gryo Spiced Beef Sliders”. They came served on lightly toasted rolls with sauteed onions and spicy pepperoncini slices, and also a side of seasoned chips. 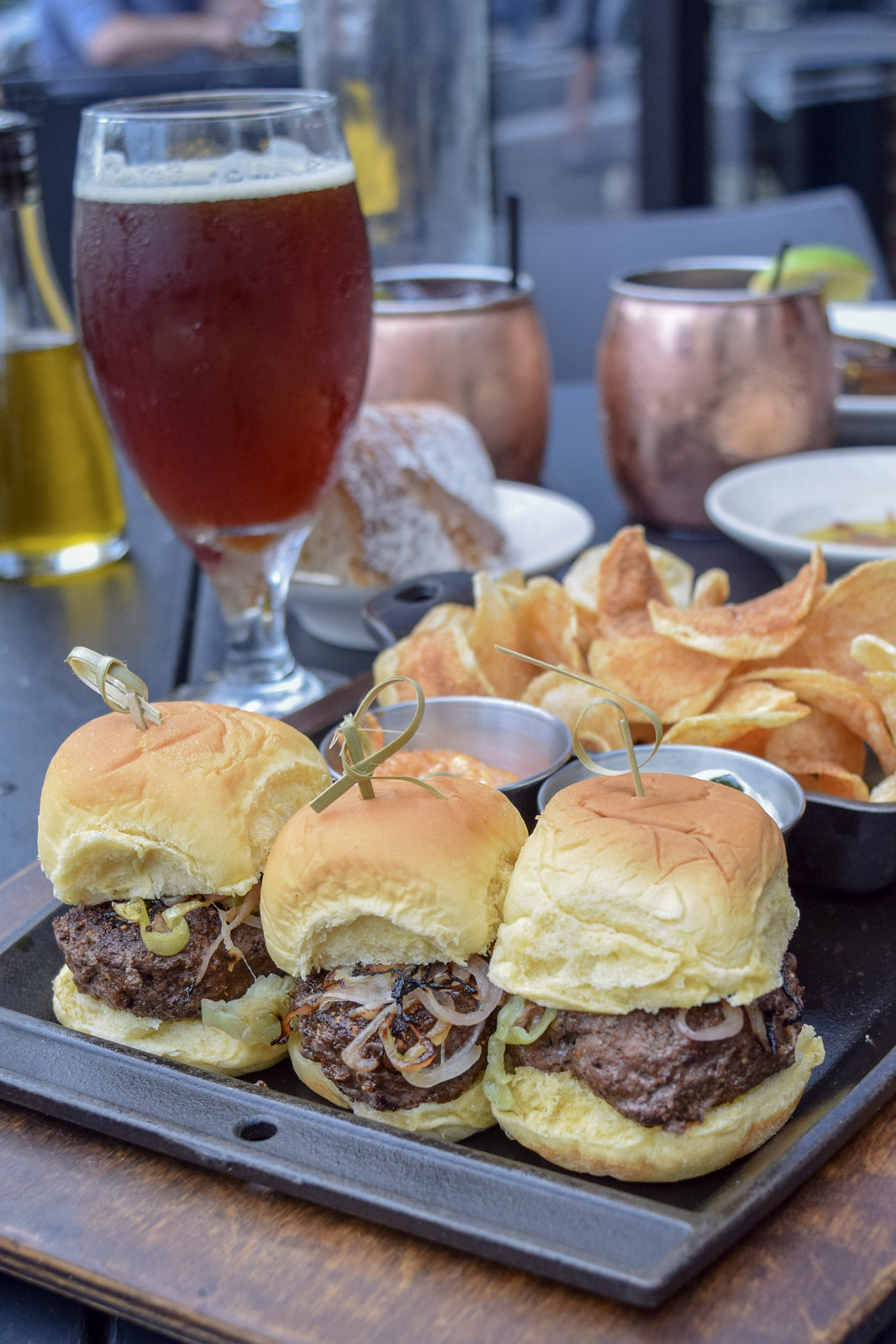 Unlike the flavoring of the Grandma’s Greek Meatballs, these were more reminiscent of the halal food flavors we get from the street trucks here. More cumin and coriander spices which packed on more of a punch. Overall, everything I’ve ate here was lovely – from the brunches to the lunches to the dinners. MP – you will be missed.

Since MP Taverna Astoria is now closed, feel free to check out their other 2 locations: