Started in 2008 by two lifelong friends, Roy-Pitz Brewing has grown exponentially since. Along with their main brewery and restaurant/brewpub in Chambersburg, PA, they also recently opened their Barrel House in Philadelphia. “Liquid Art” is referenced throughout their labeling and branding, but I think it exemplifies their artistry and craftsmanship behind the beer, food, and location itself. 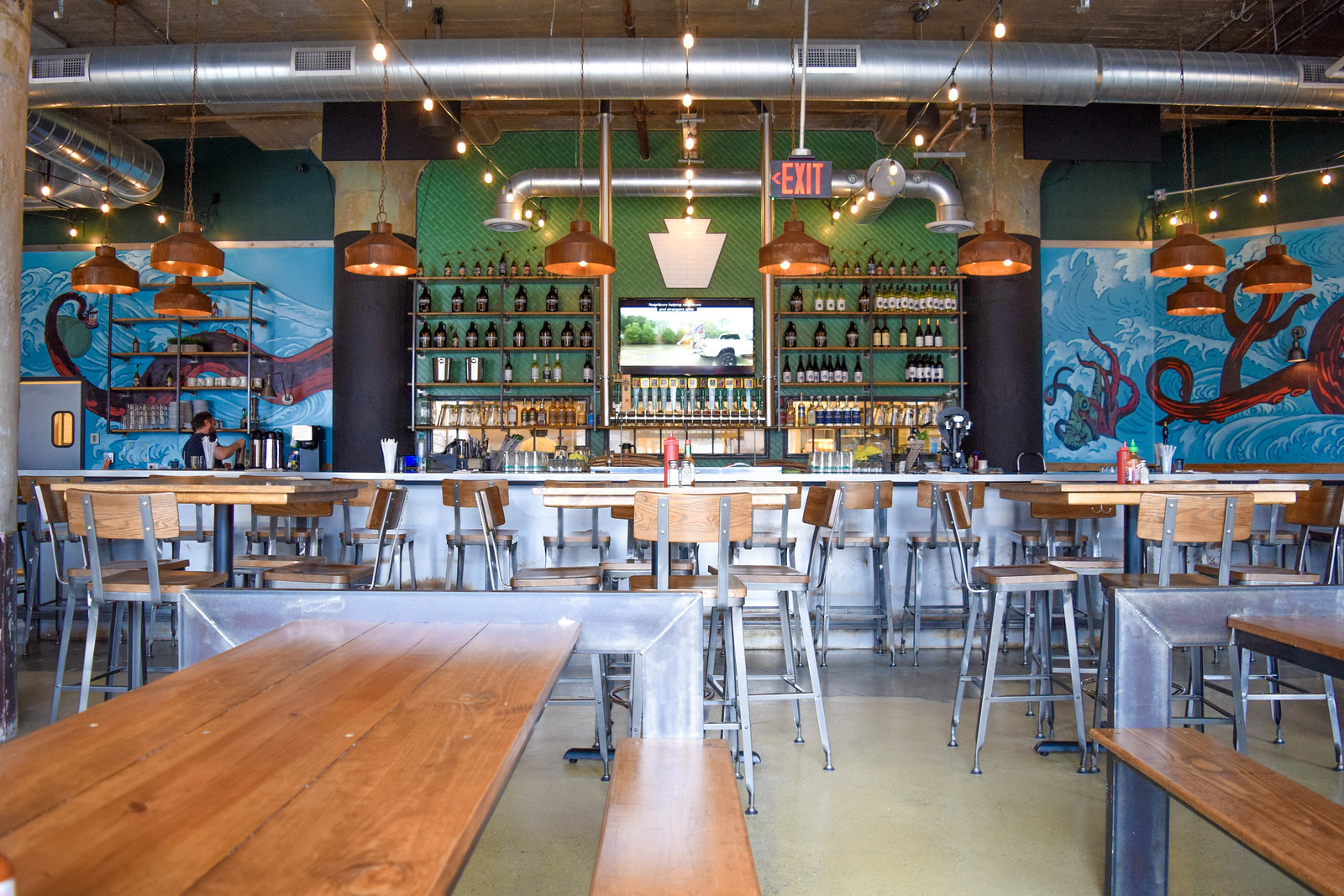 The decor is industrial yet artsy, and appears to have been built directly in old truck docks. The massive bar features their full list of award-winning beer in addition to some local specialties (barrel-aged and sours). 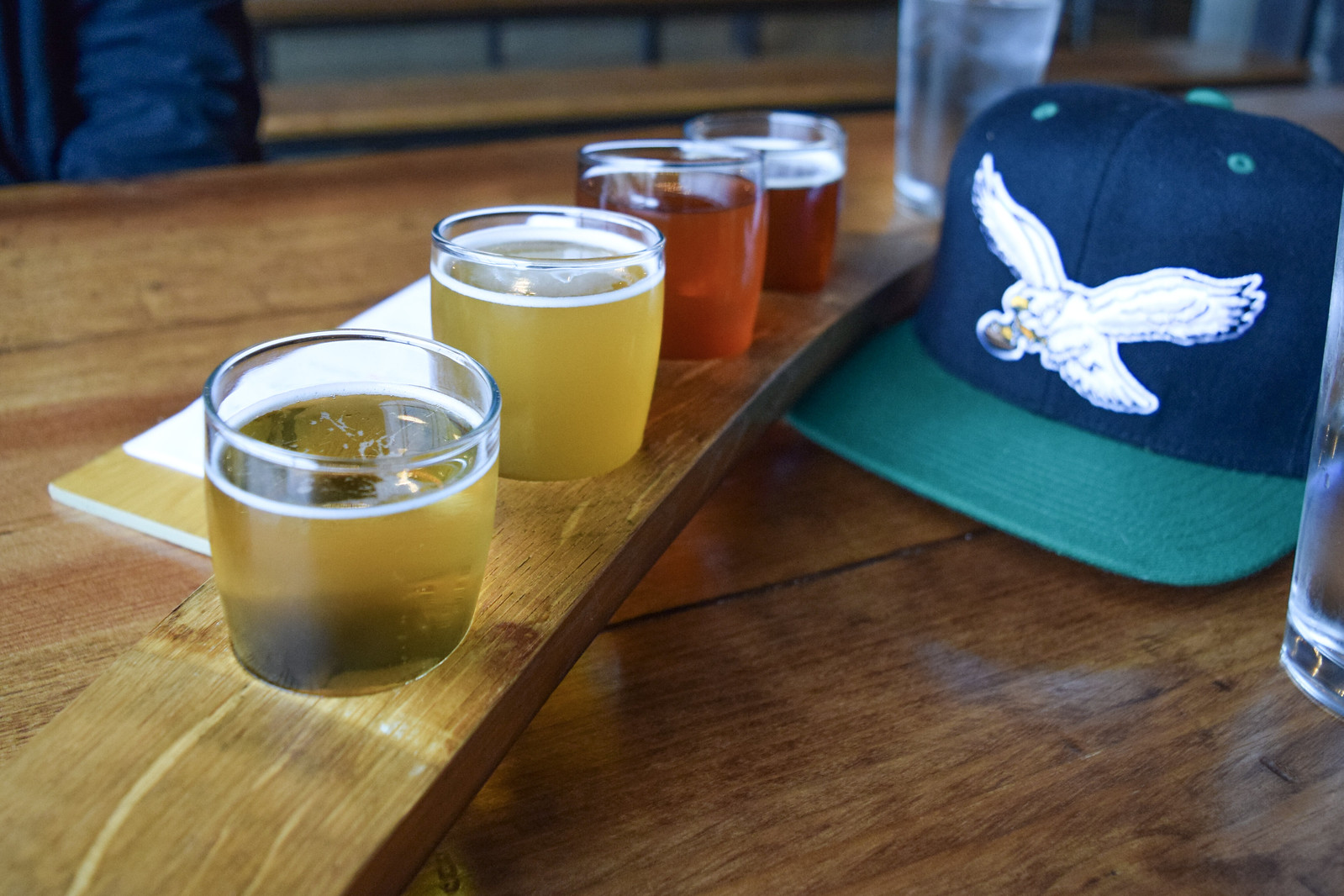 We got a flight of 4 beers: Best Blonde (Golden lager), Captured Culpbrett (American wild ale), Nice Dreams Tart Cherry (Sour ale), and Laydown Stay Down (Belgian strong dark ale). I was surprised how much I liked the sour/tart beers; usually I’m not much of a fan.

Oh, and let’s ignore the fact my boyfriend wanted to assimilate so badly, he opted for a Philly Eagles hat that day. 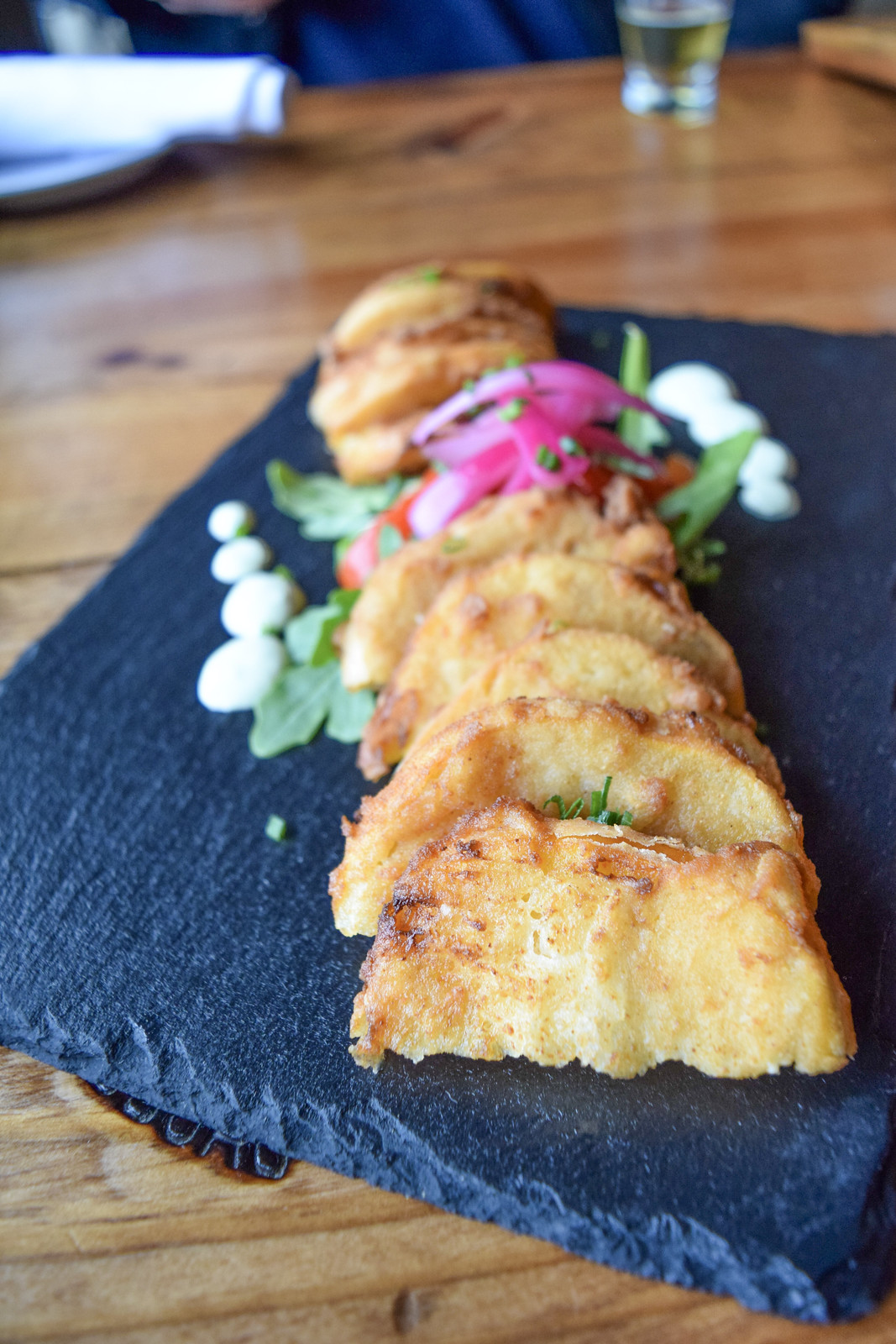 You know what’s very worrisome? The fact that apparently an overwhelming amount of people don’t know what a persimmon is! Get your shit together guys. I’ve never had them breaded and fried before, but it was surprisingly pleasing. Imagine a softer, sweeter version of a fried green tomato. 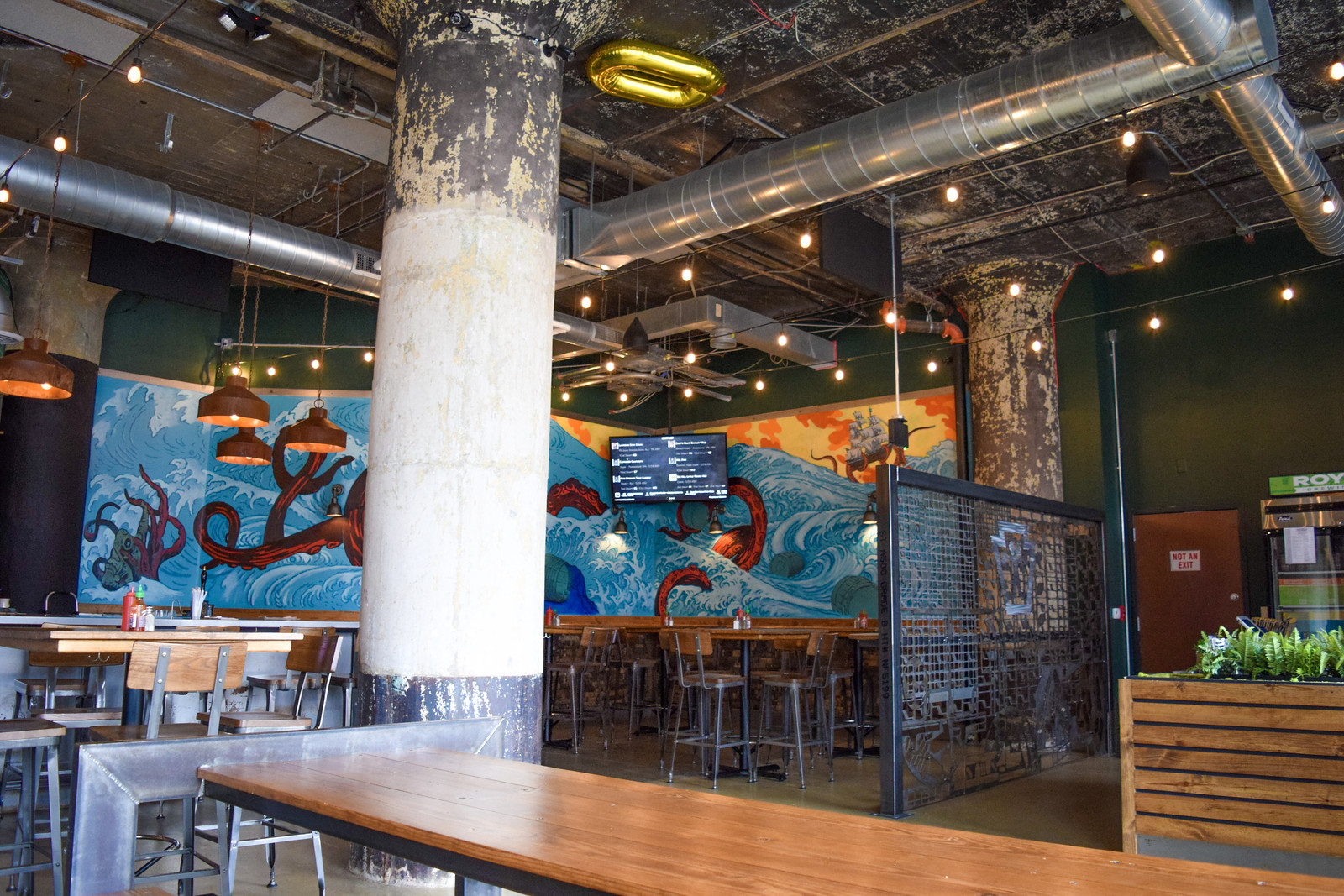 The focal point of the space would have to the be the huge nautical mural along the back wall. This octopus painting by Will Hemsley is similar to that of his other works, which are the funky drawings on all the beer bottle labels. 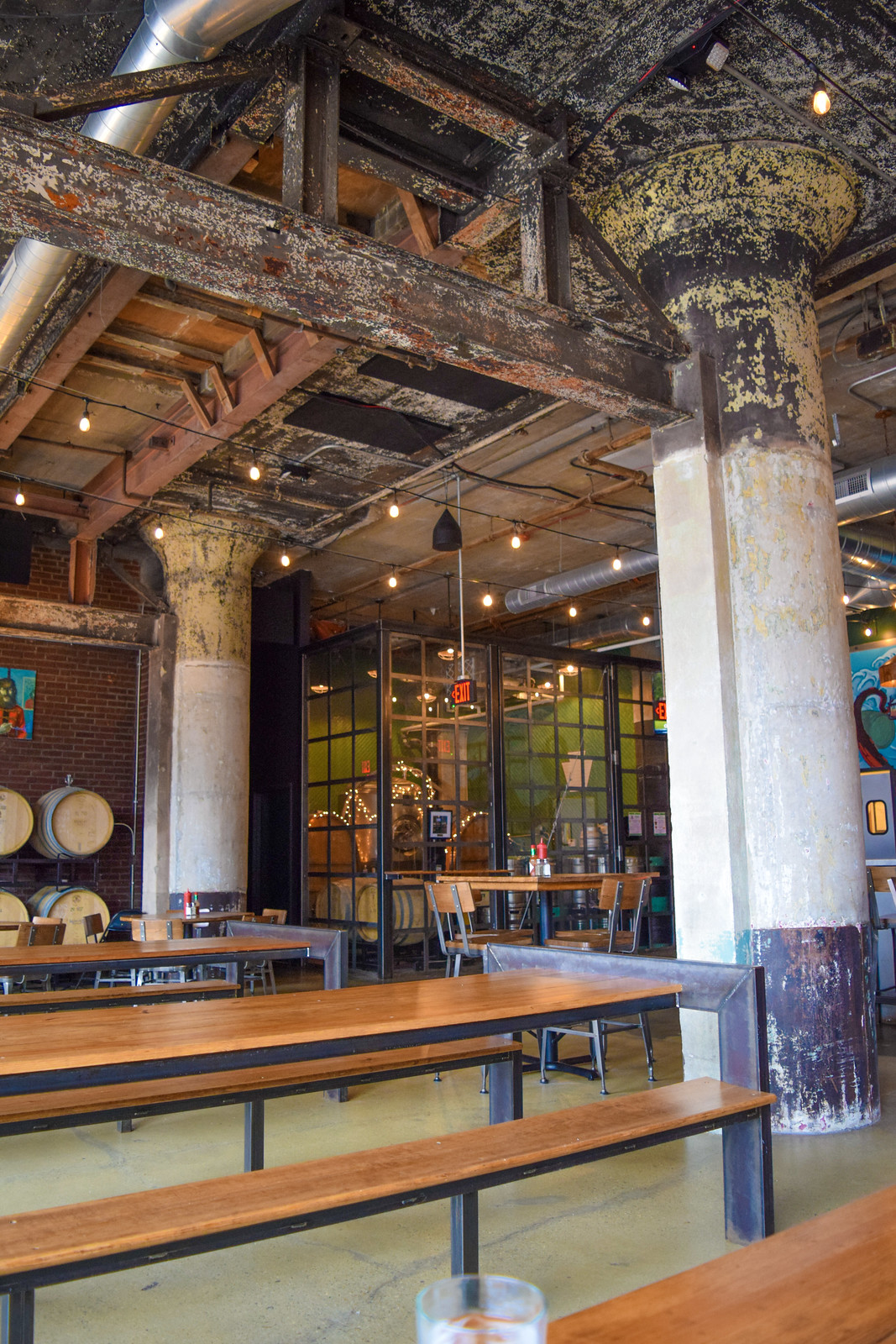 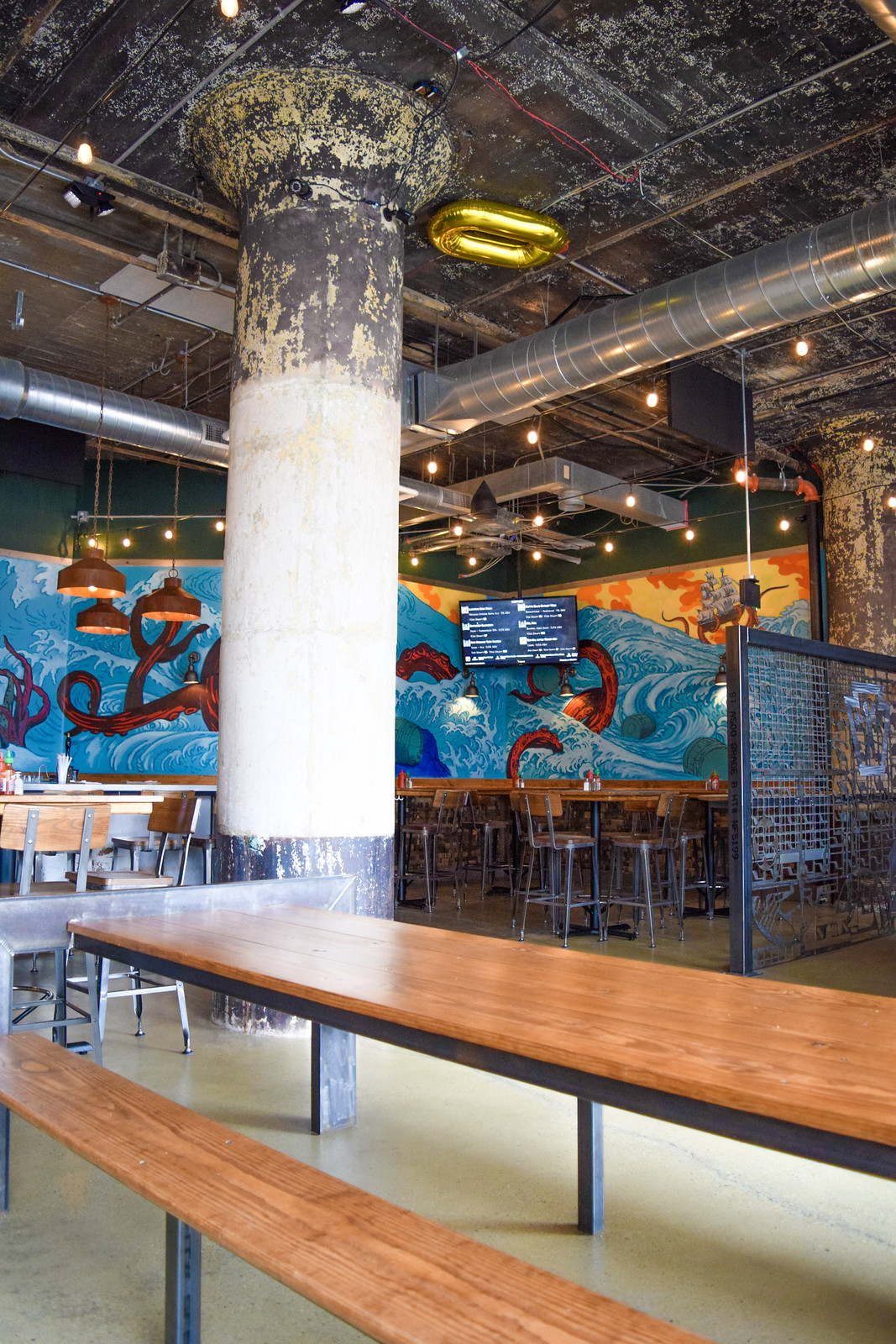 Overall the space is bright and inviting, which seems to match the beer and atmosphere of the brewing company itself. 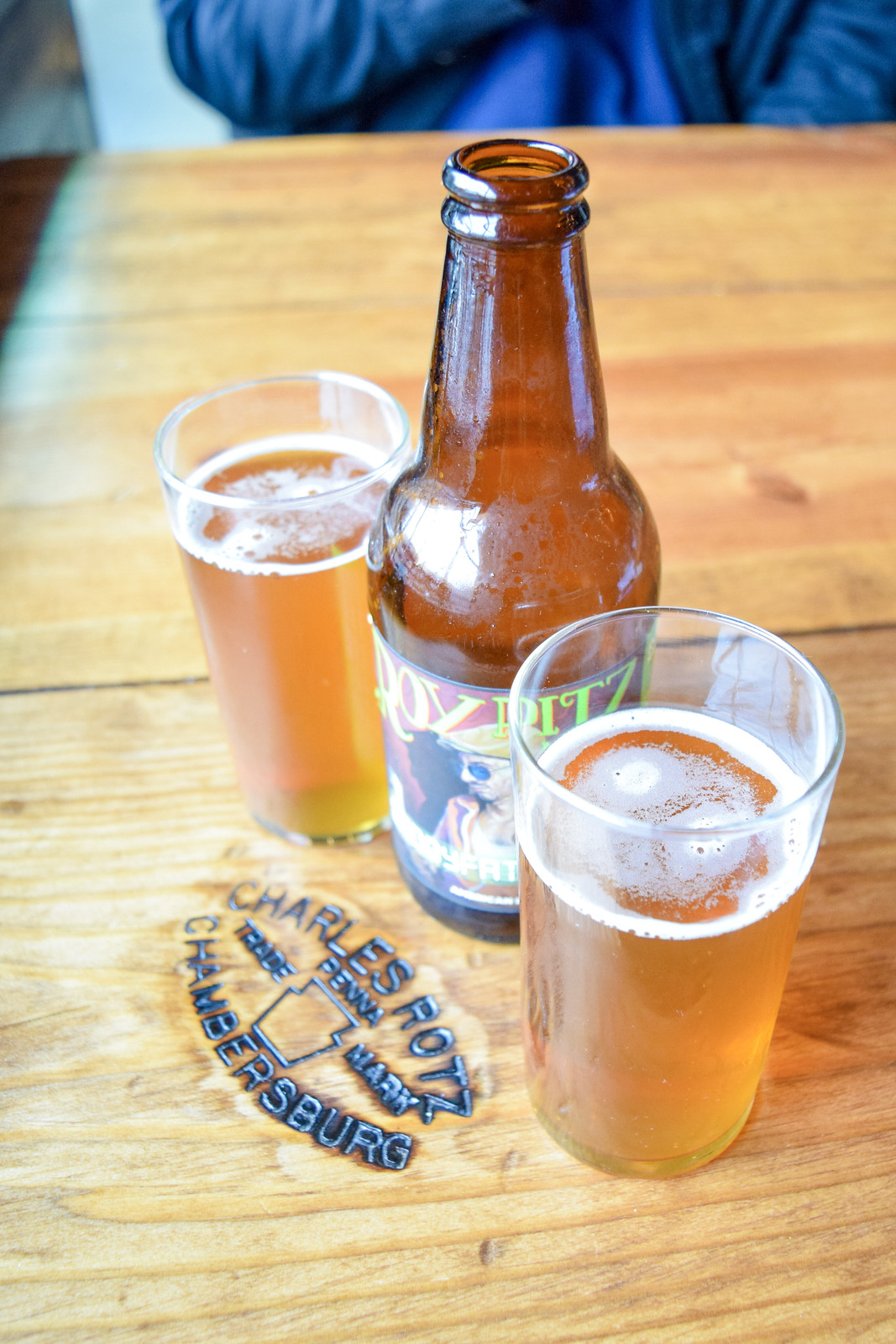 I did mention to the server that I typically drank IPA beer, so he brought over their Daddy Fat Sacks for us to try. It had the IPA hoppiness I liked, with a little tinge of citrusy flavor. Perfect for washing down the sweet persimmons.