Look, I’ll be honest with you – if you don’t think a 5 hour multiple-brewery tour sounds amazing, we can’t be friends. Sorry, not sorry. 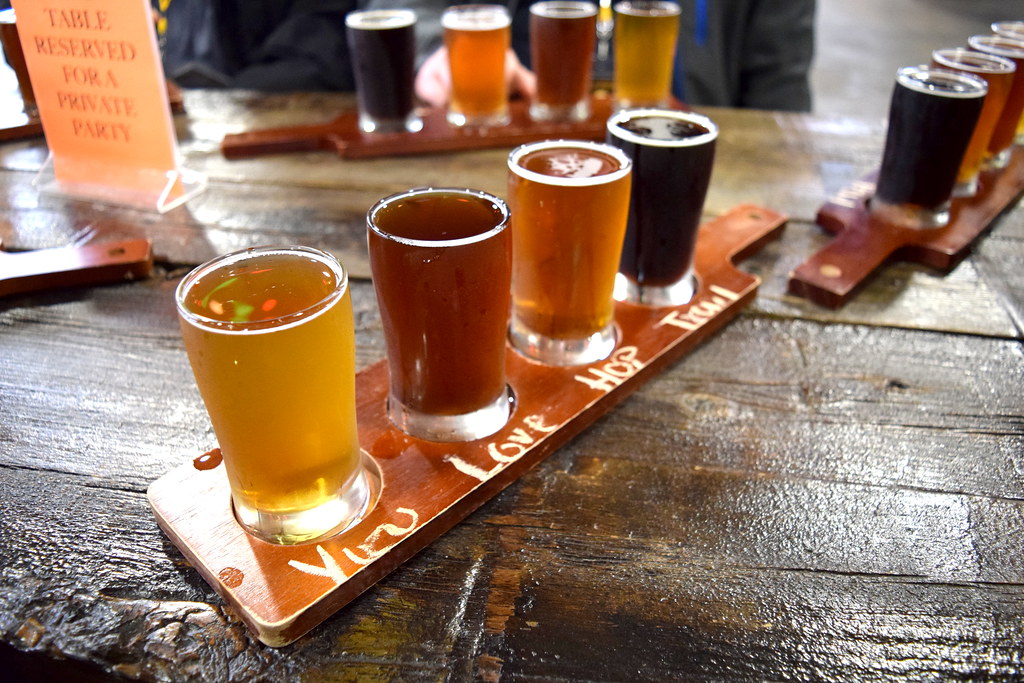 City Brew Tours operates in a handful of locations on the East Coast; one of which being Philadelphia. So, I mean, of course I had to check it out when I recently visited Philly. Can you believe this – They actually drive you to different local breweries and even know what they’re talking about regarding beer! Almost sounds too good to be true, right?

Located not surprisingly in the Fishtown region of Philly, is Fishtown Brewpub, which was our first stop. Prior to getting in, our tour guide Sam went over some general house rules/tips such as: Do smell the beer before tasting, Don’t be afraid to ask any questions, and my favorite – Don’t stick your junk out the window while he’s driving. How that last one came about, I can only imagine. 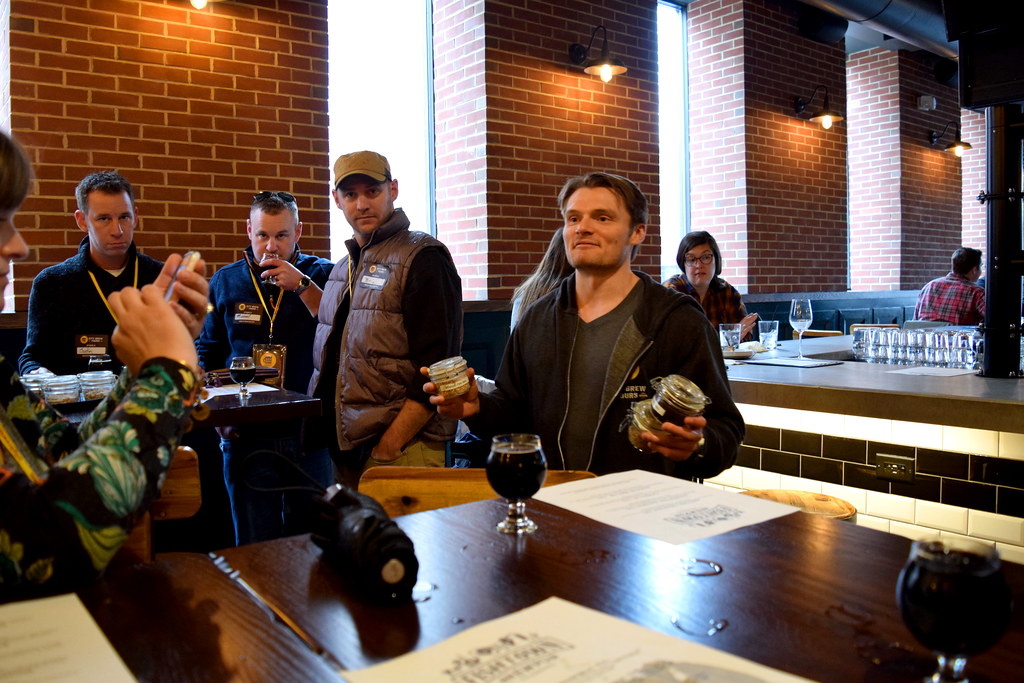 Upon arrival we were escorted to the back end of the bar where tables were already reserved for us. Each seat also came with a list and description of all the ensuing beers. As an IPA-girl, I was quite surprised that I actually enjoyed the Oatmeal Stout and Extra-Saison, especially since I’ve never been much of a fan of either types in the past. 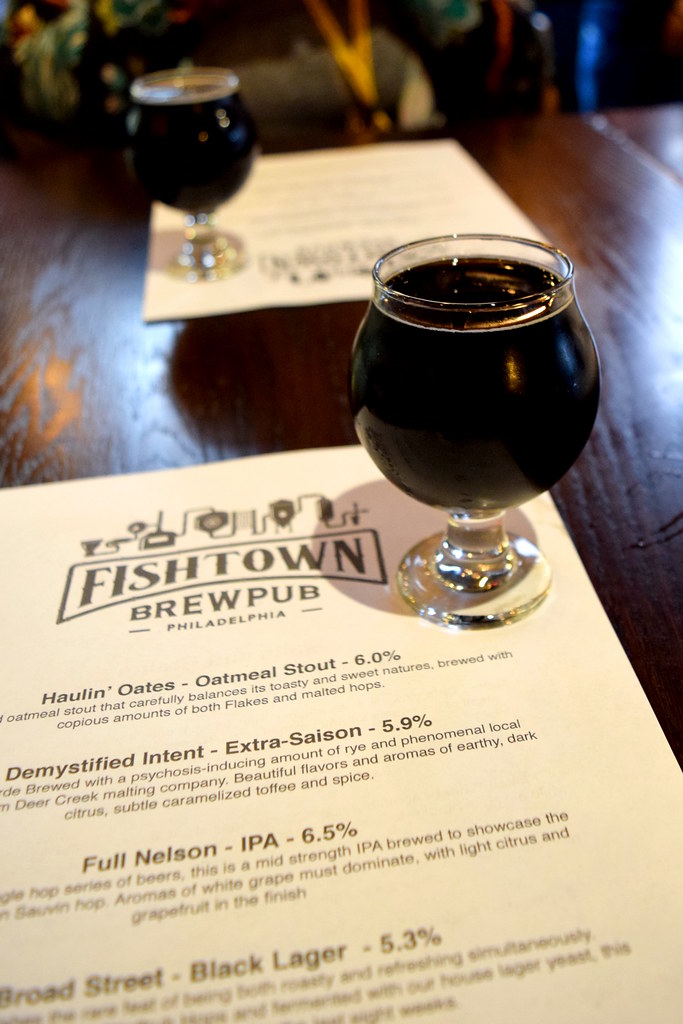 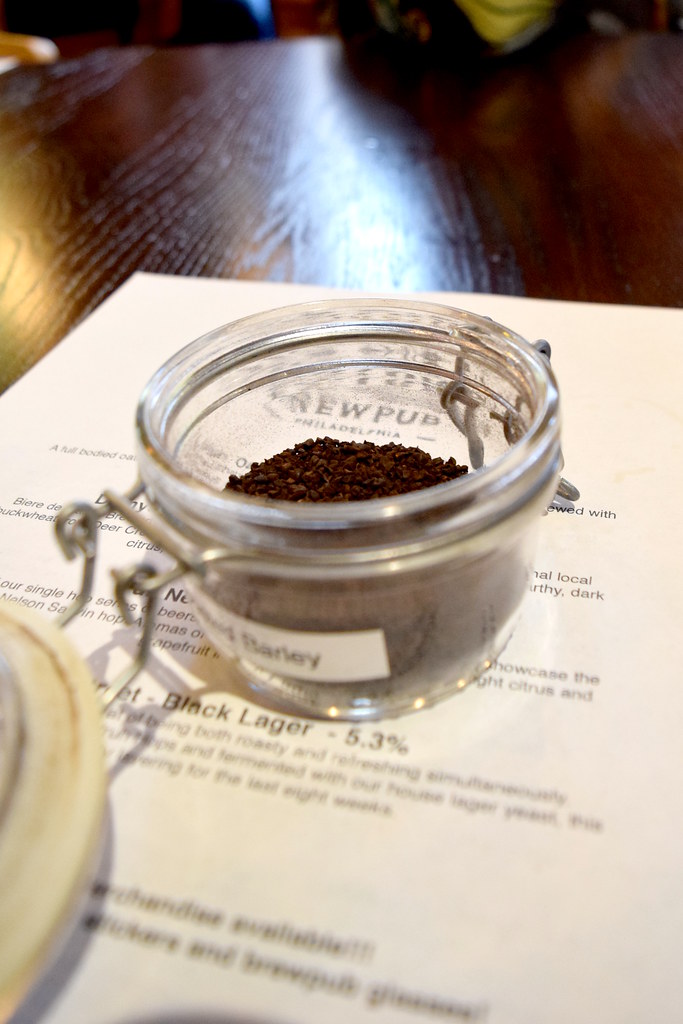 For our first stop, I felt like it was a little longer than the following stops. This could very well be true, or I could have just gotten too drunk later in the day and not realized. Either way, I think it was a smart call to do the brewing explanation in the beginning of the tour, and not later on. Our guide Sam passed around some hops and barley and explained to us some brewing processes for different types of beers. 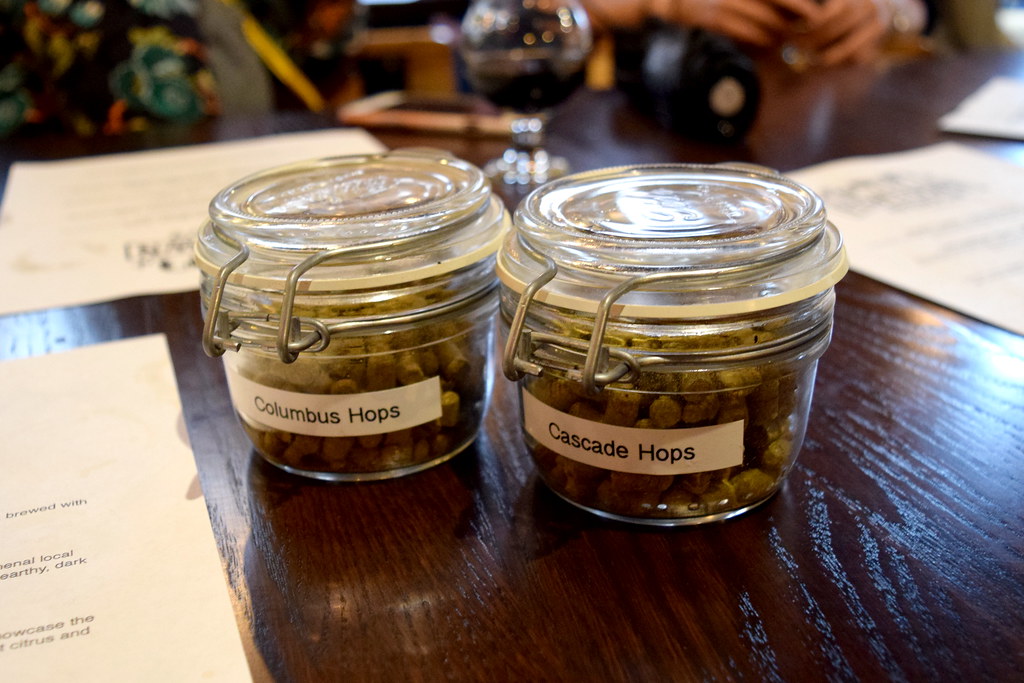 Fishtown Brewpub was a really cute, brightly lit bar. We weren’t able to go behind the scenes and see any actual brewing here, but the bar itself was nice and cozy.

I’m know I’m supposed to be talking about the different breweries we went to that day, but I need to give an amazing shoutout to Brauhaus Schmitz. Don’t get me wrong, the beer tasting we had here was great and all, but the food and ambiance was BEYOND. I absolutely need to come back here and experience it fully, like without the group tour and pre-printed menus. 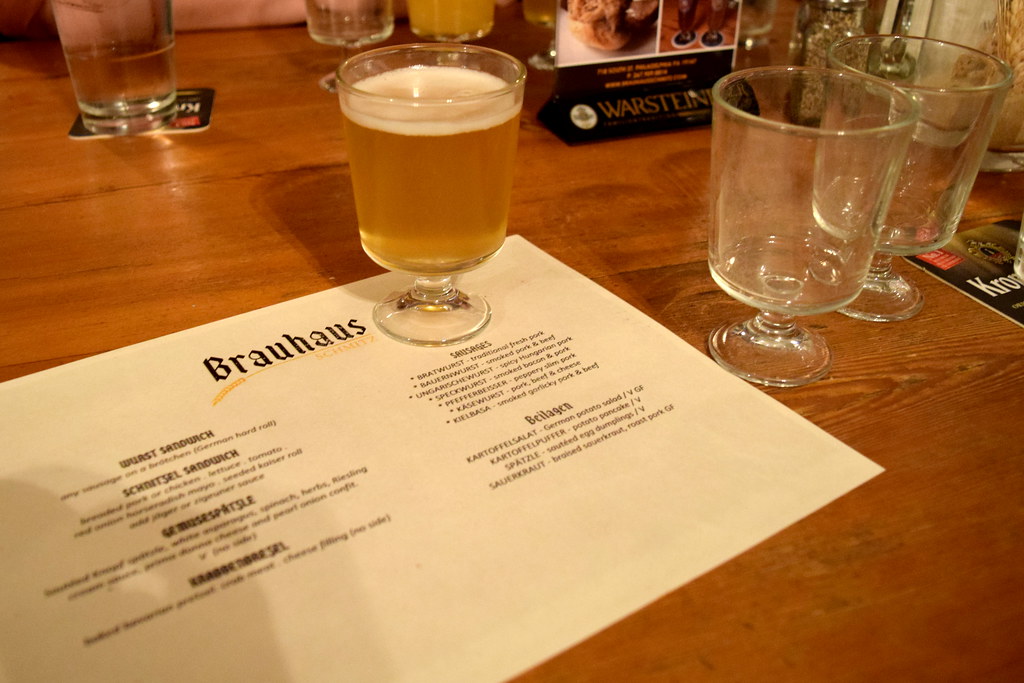 But, alas, it was a brewery tour. So once we were seated we were poured 3 different beers from.. somewhere in Germany (?), and that is unfortunately all I remember. I would like to note, however, that the owners and management takes their beer very seriously and hand-picks beer straight from Germany to their taps. Like, you could be having beer that potentially has never been brought to the states until that point. 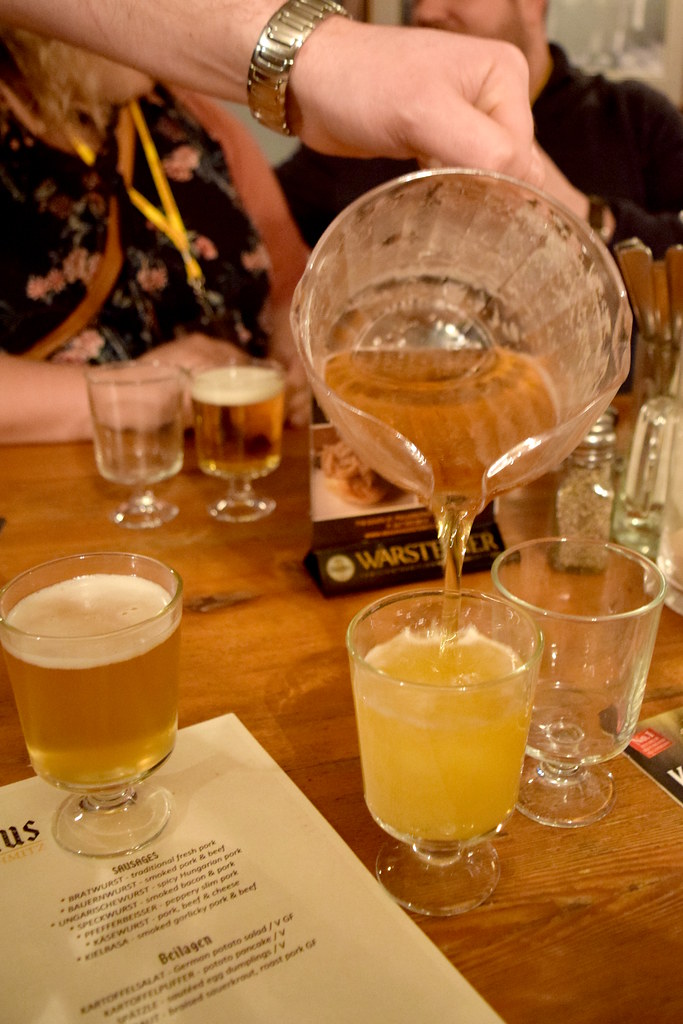 During the beer portion, a lovely gentleman spoke of the different types of beer they served, and all that’s entailed in procuring them. Then we got to choose from a selected menu what to get for lunch. 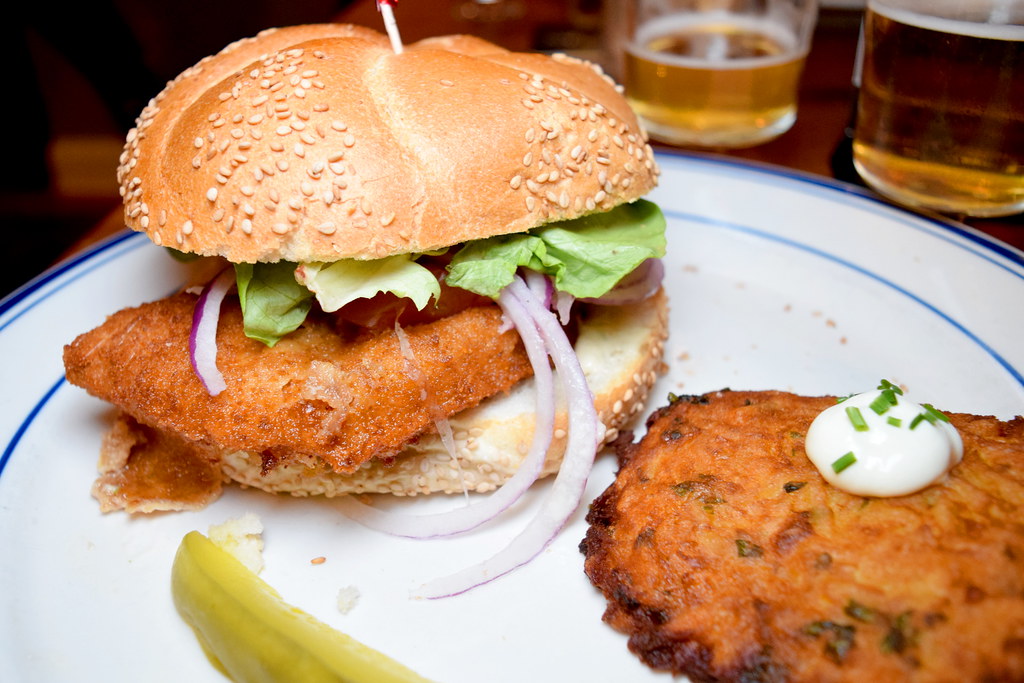 My boyfriend chose the breaded pork schnitzel sandwich. It was topped with lettuce, tomato, red onion, horseradish, mayo, and on a seeded kaiser roll. His side dish was Kartoffelpuffer, which was essentially a potato pancake. I only managed to get one bite of this burger, so all I can really say is that the schnitzel was cooked perfectly. 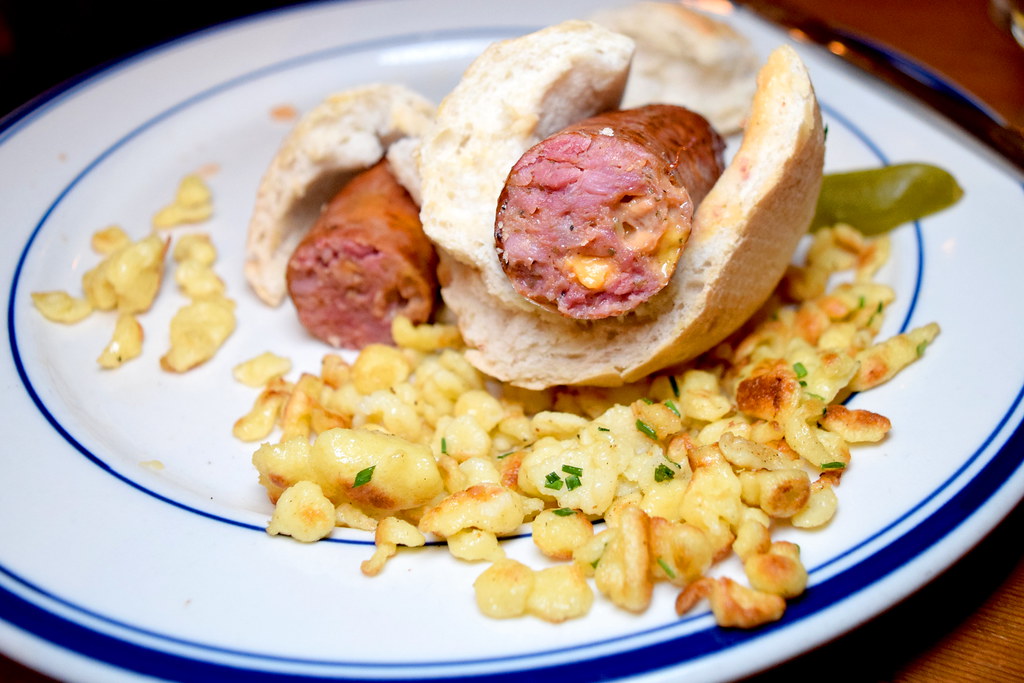 I chose the Wurst sandwich – Kasewurst (pork, beef, and cheese) sausage to be exact. You can even see the oozing pockets of cheese exuding from the sausage. My side of spatzle (sauteed egg dumplings) was just enough to fill me up for the next breweries ahead. Side note – absolutely necessary for us to fill up on food at this point, since the drinking was just getting started.

I guess I am super bad at geography, because I had no idea New Jersey was so close to Philly. This brewery, Flying Fish, and the following one were both located in NJ. Who knew Jersey had anything besides mobsters and garbage (sorry)? 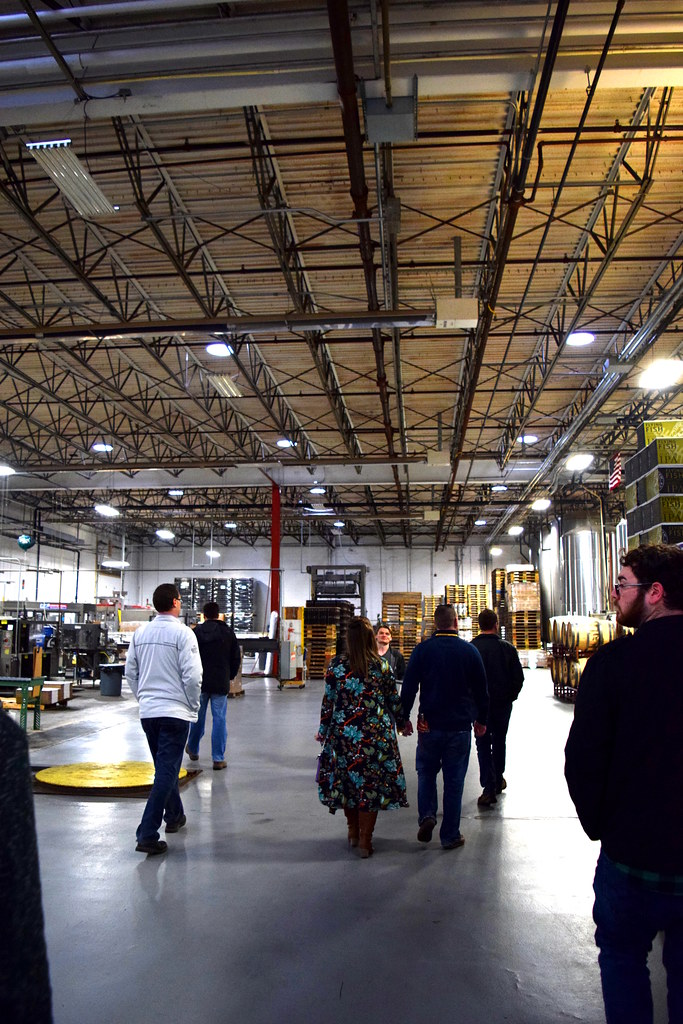 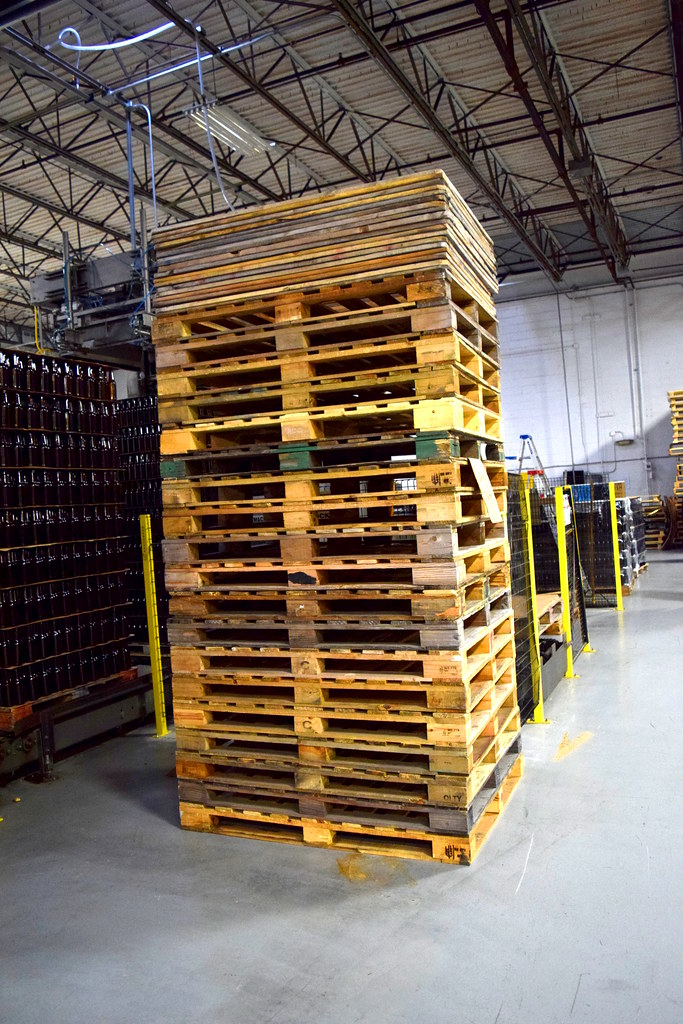 Flying Fish Brewery is actually the largest craft brewery in the state of NJ. I’ve definitely drank their beer prior to stopping in, as I can recall the fish skeleton symbol on bottle caps I’ve saved (I collect them, don’t judge). 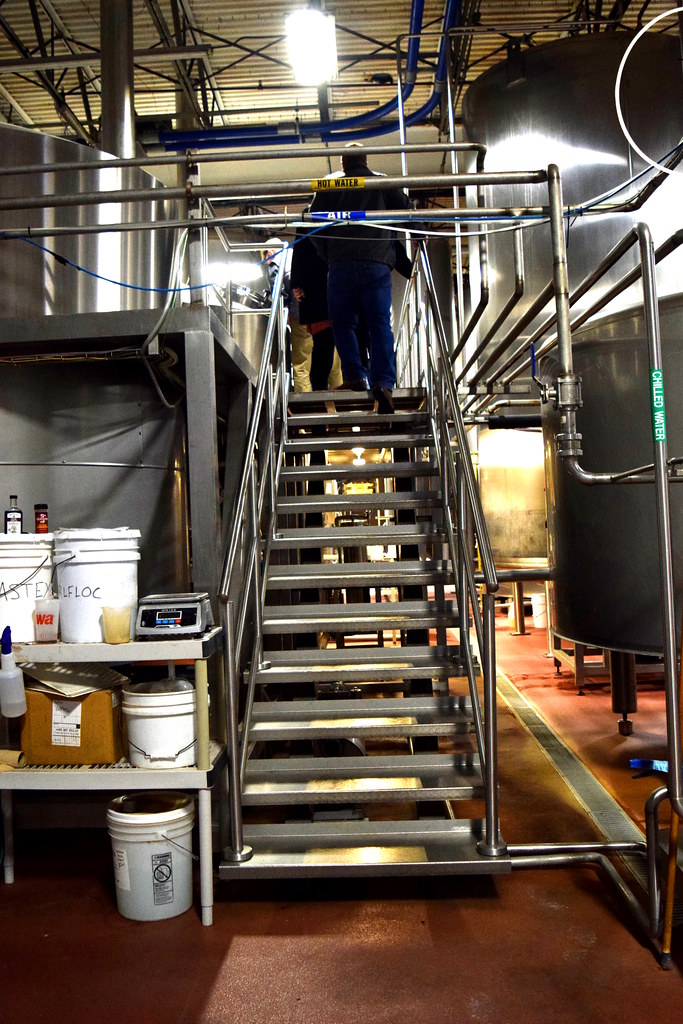 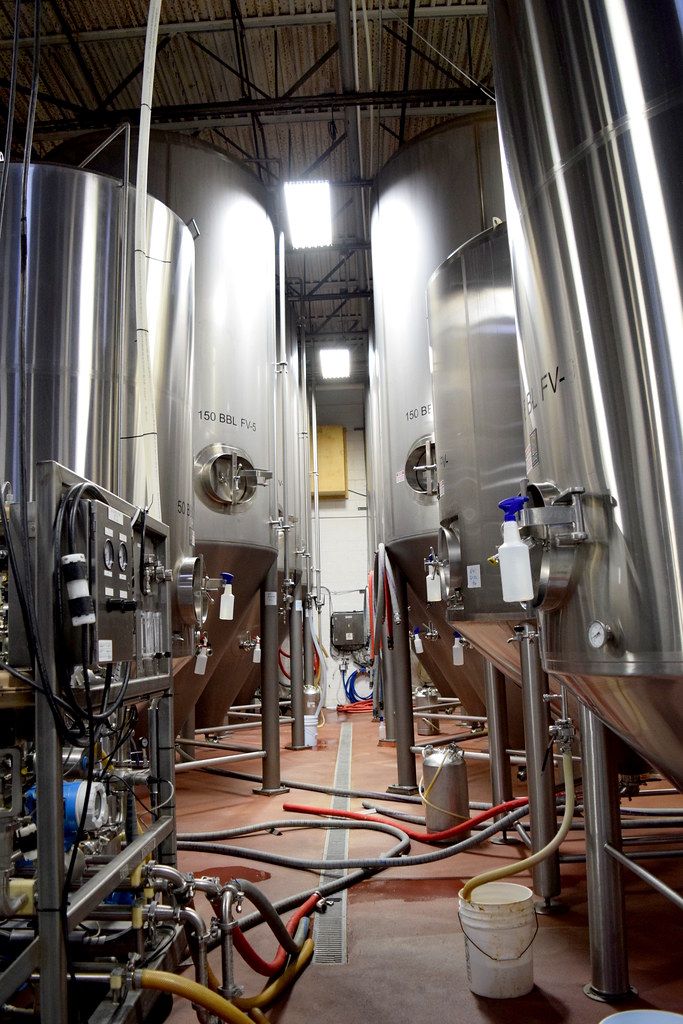 It was a warm Saturday and there were hoards of drunktarts in the main area, so they took us behind the scenes to get a little private tour of the place. It was a pretty massive brewing area if you ask me (but again, I mean like, what is even in New Jersey?). 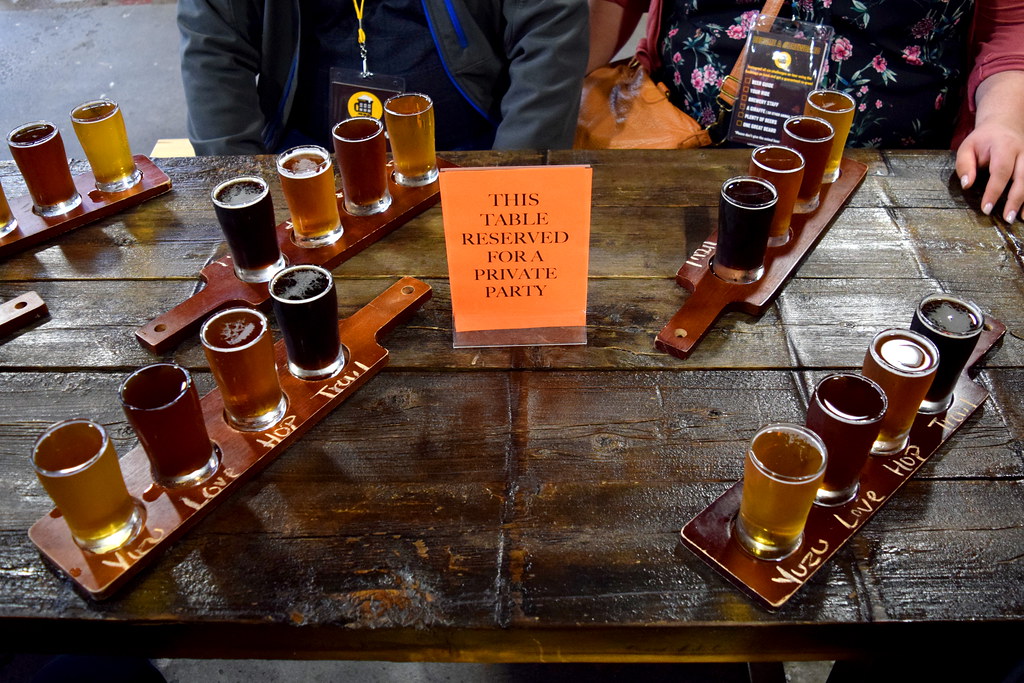 Afterwards, we were escorted to a reserved table with already poured flights for us. Not gonna lie, felt pretty good to get the VIP service and be seated with our drinks ready to roll (I’m lookin’ at all you jealous kids eyeballing us). 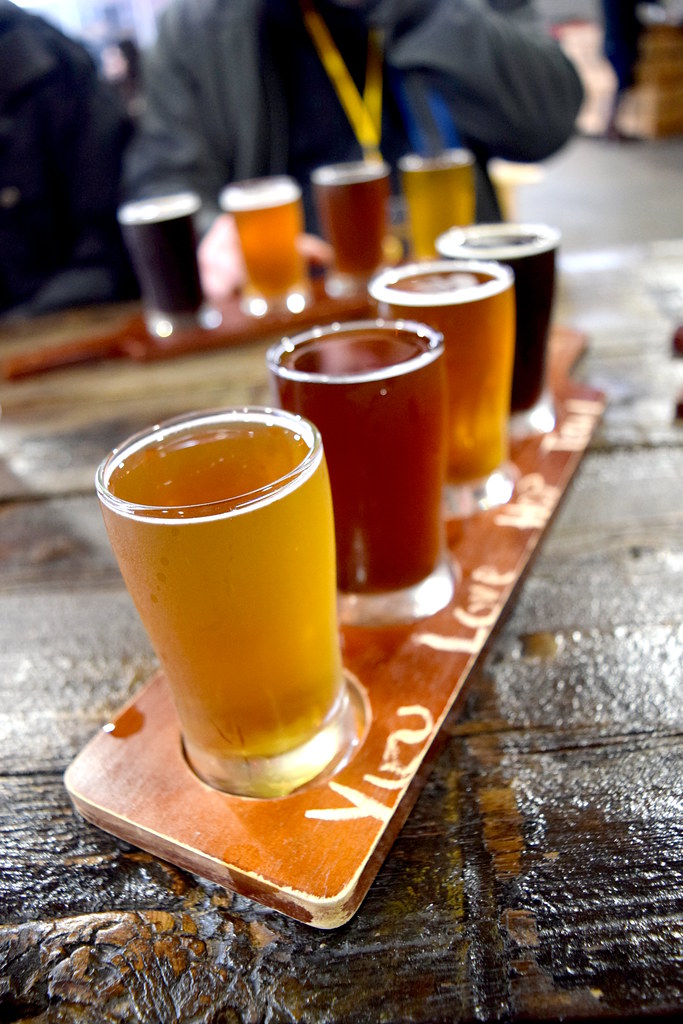 And as any good brewery-hopping story would involve… I forgot which beer I liked the best. So did my boyfriend. But I’d consider that a success in our books.

Our last stop not only in NJ but also of the excursion was Lunacy Brewing Company. Although I’ve never heard of their beer before, I can say that some of my favorite beers on this tour was from here. Started by 4 friends who just wanted to make some brews, they managed to become a pretty honorable spot in the NJ brewery world. 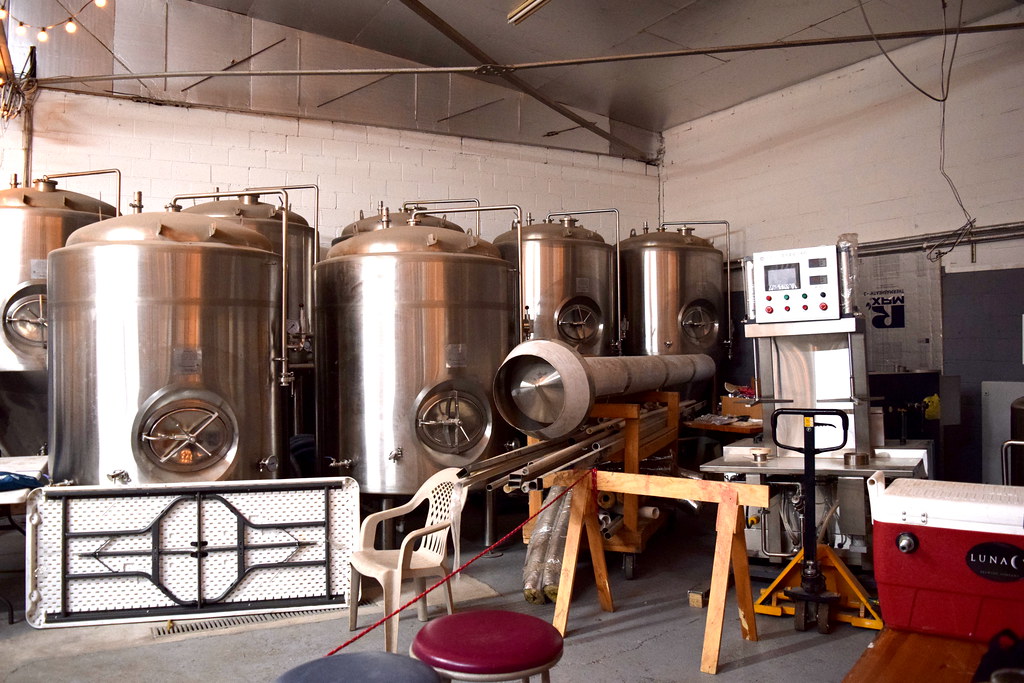 Again, it was a busy Saturday and all the creatures were out, so luckily they let us all perch in the back area for our final tastings. A perfect way to end a lovely, boozy day. 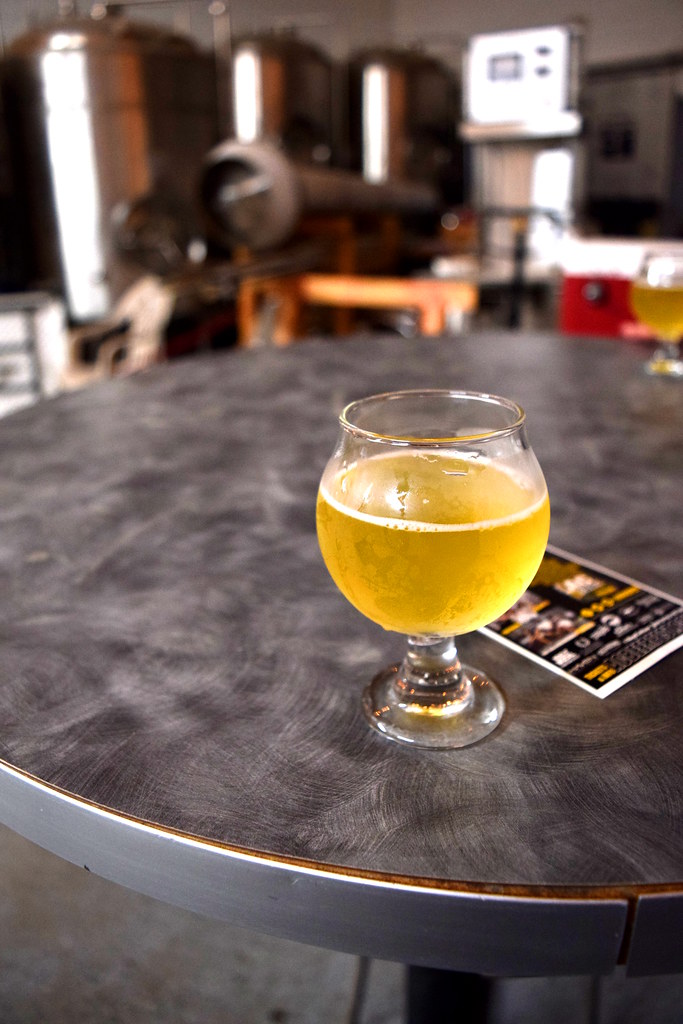 I’d like to note that City Brew Tours do change their brewery list consistently, so if you were to take the same one I did in Philly you may have completely different stops than I did. But that’s the fun in this – never really knowing where you’re going!

100% would do this again, and again, thanks for the great time guys!