People get way too butt-hurt these days that I wouldn’t be surprised someone calls me out on this for not being “authentic” enough. (Try and post a homemade carbonara recipe with turkey bacon on Instagram and watch the backlash). Well you know what, I don’t give a shit. Cooking is supposed to be something fun, where you can concoct new recipes based off what you know already but with a new twist. And that’s what I’m going to continue to do. 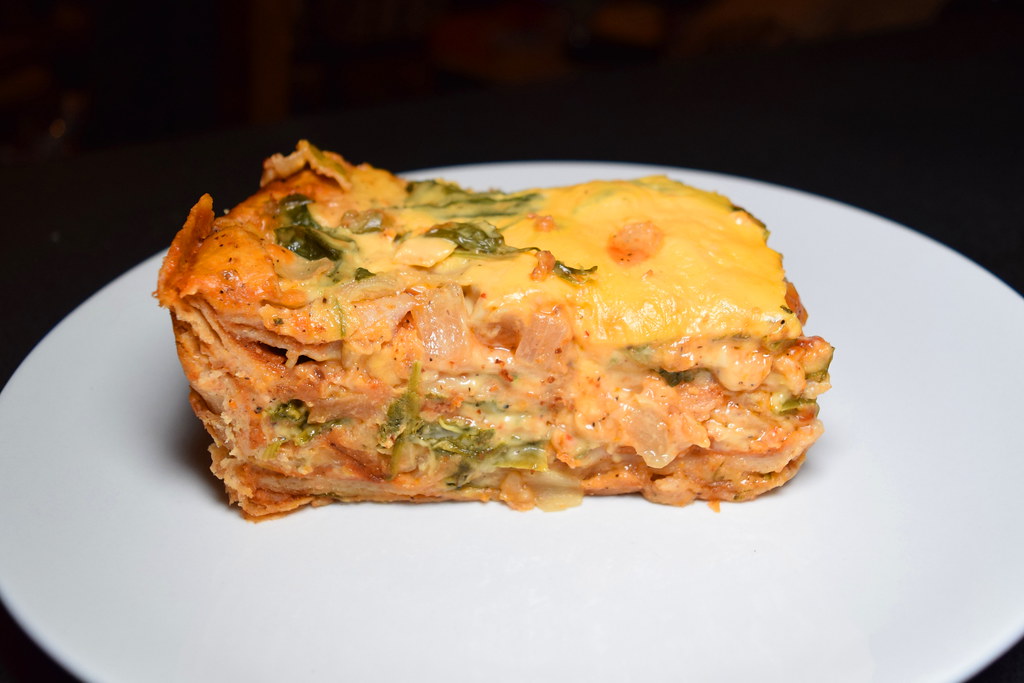 What makes it boojie? I guess because it took me way too long to prepare for a Crockpot dish, and I essentially dirtied every pot and bowl in my kitchen in the process. It’s definitely not a quick easy dinner, but I think it was worth the process. 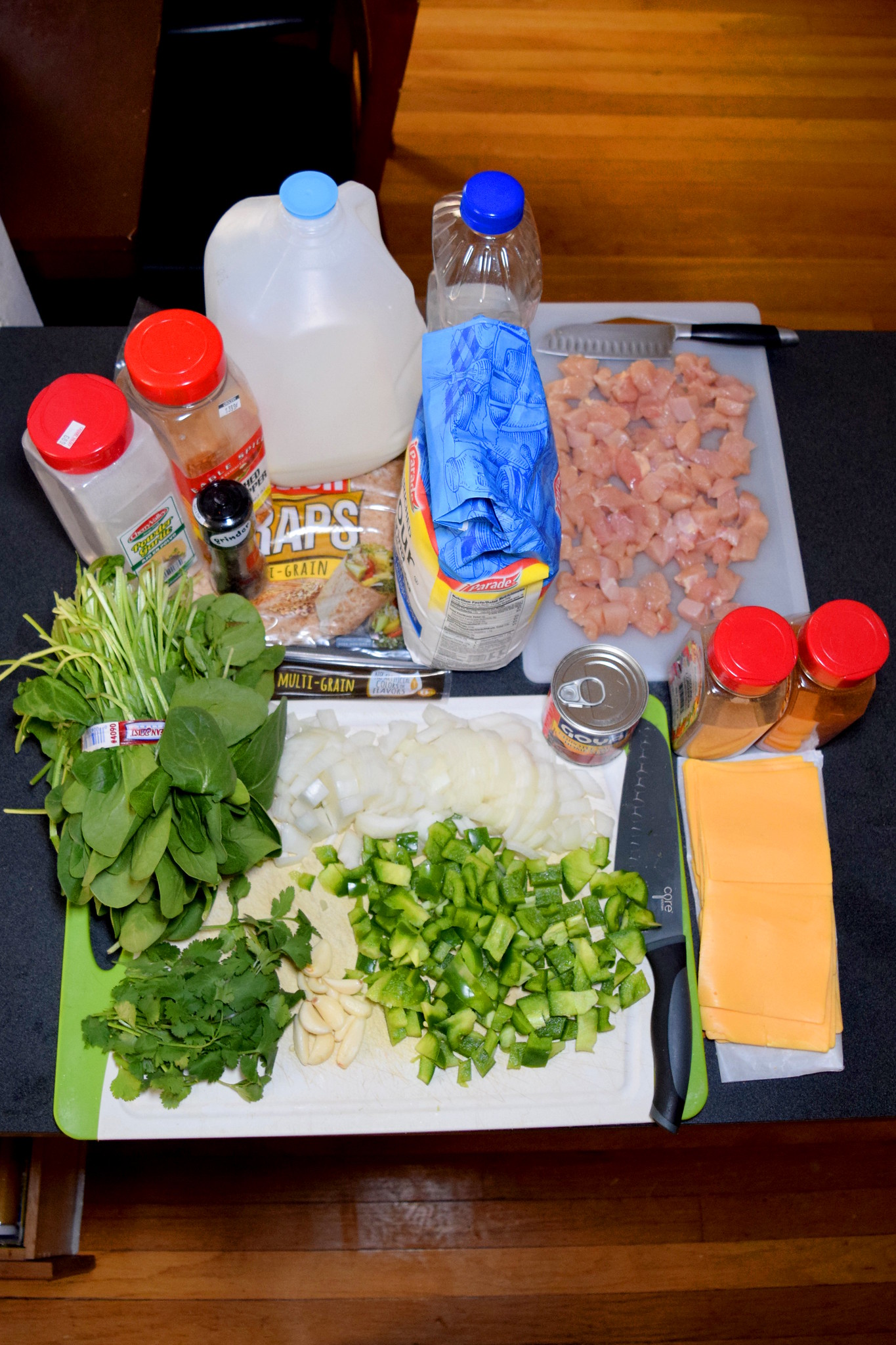 I’d like to note that I went into this with no recipe inspiration and no plan. Up until this photo, I didn’t even plan on using chicken (was gonna try a vegetarian version, but like, who were we kidding). 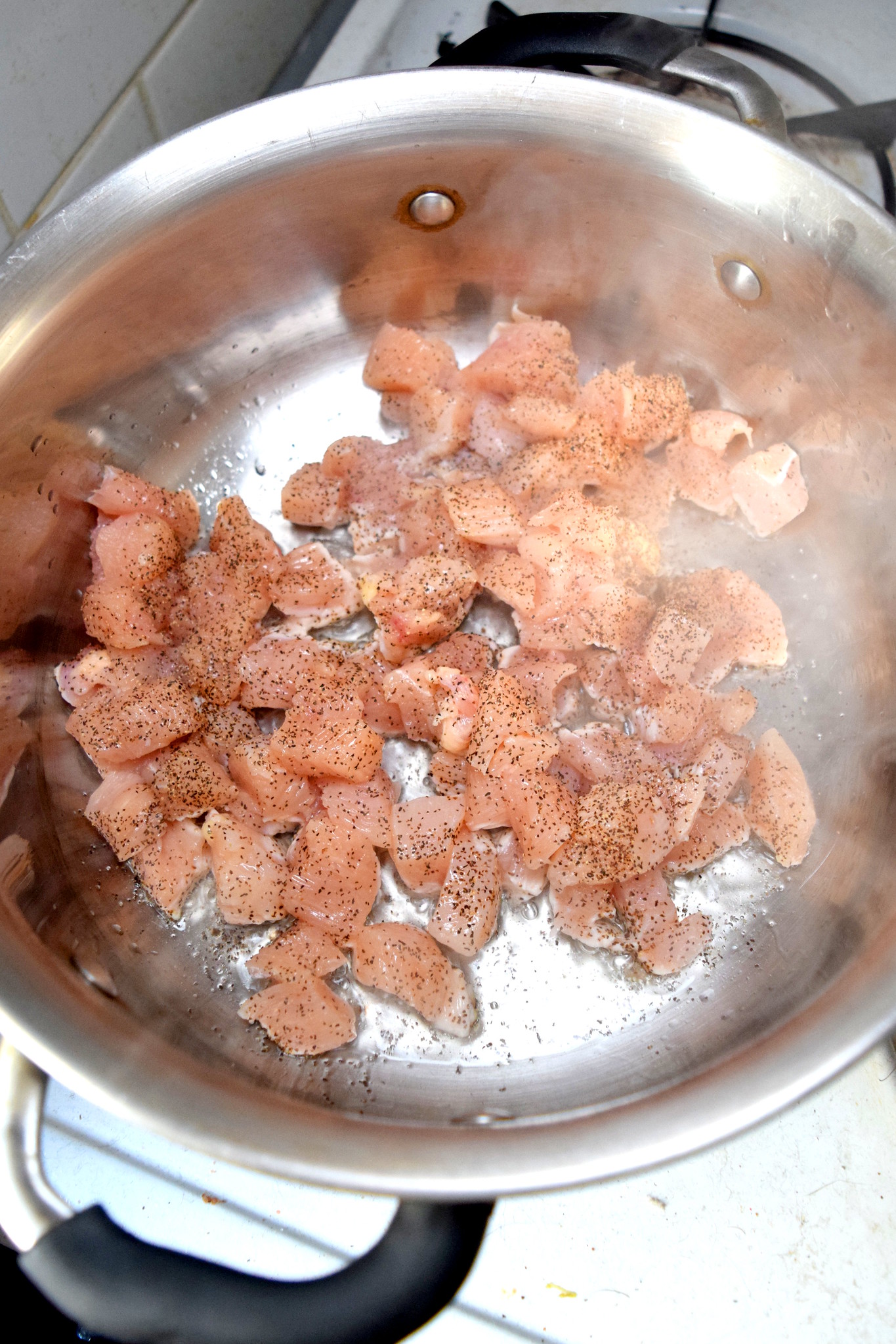 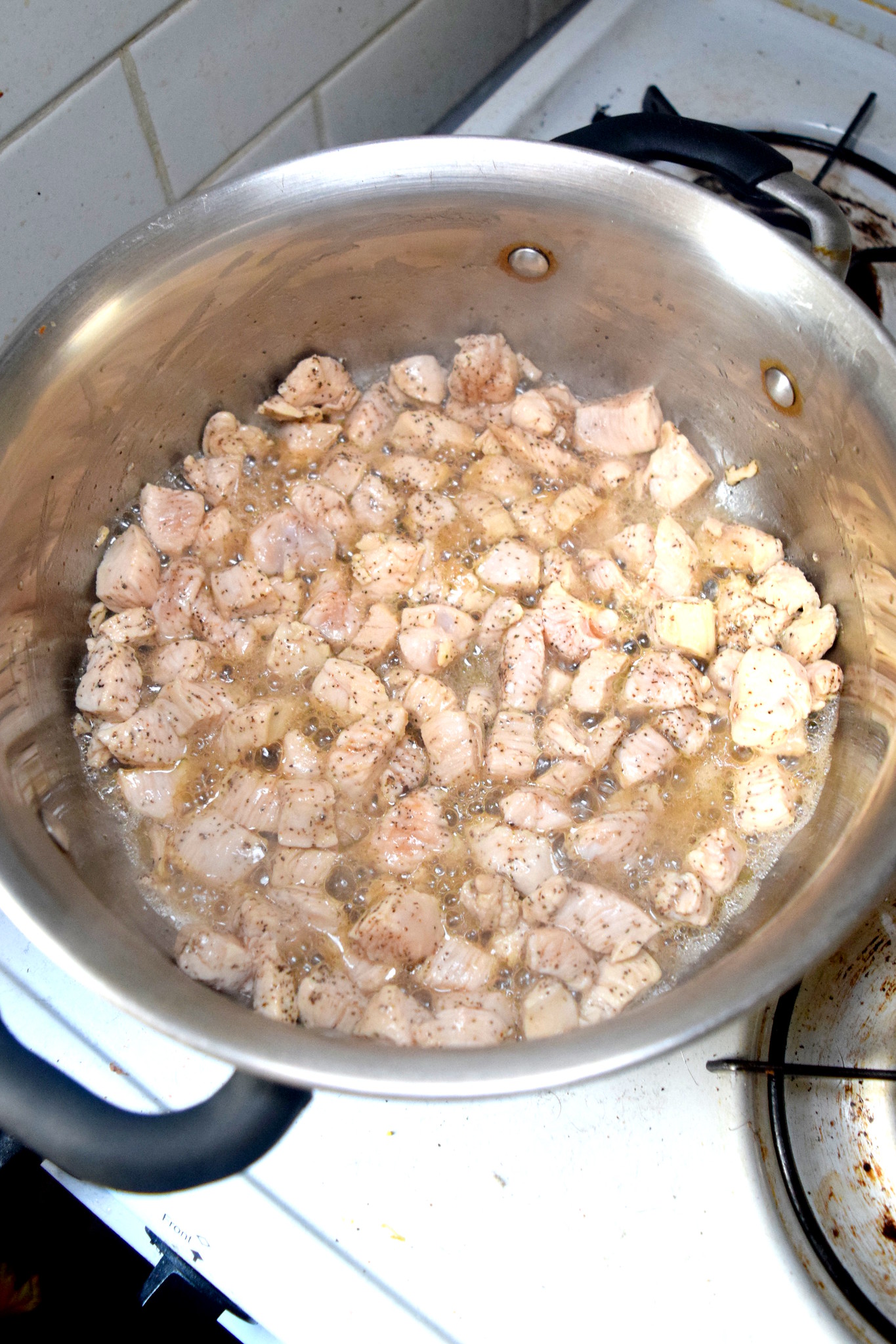 So I took each step (or layer of the dish) individually and did what I do best – improvise. Cooked the chicken breast until no longer pink, and kept the remaining fat in the pan. 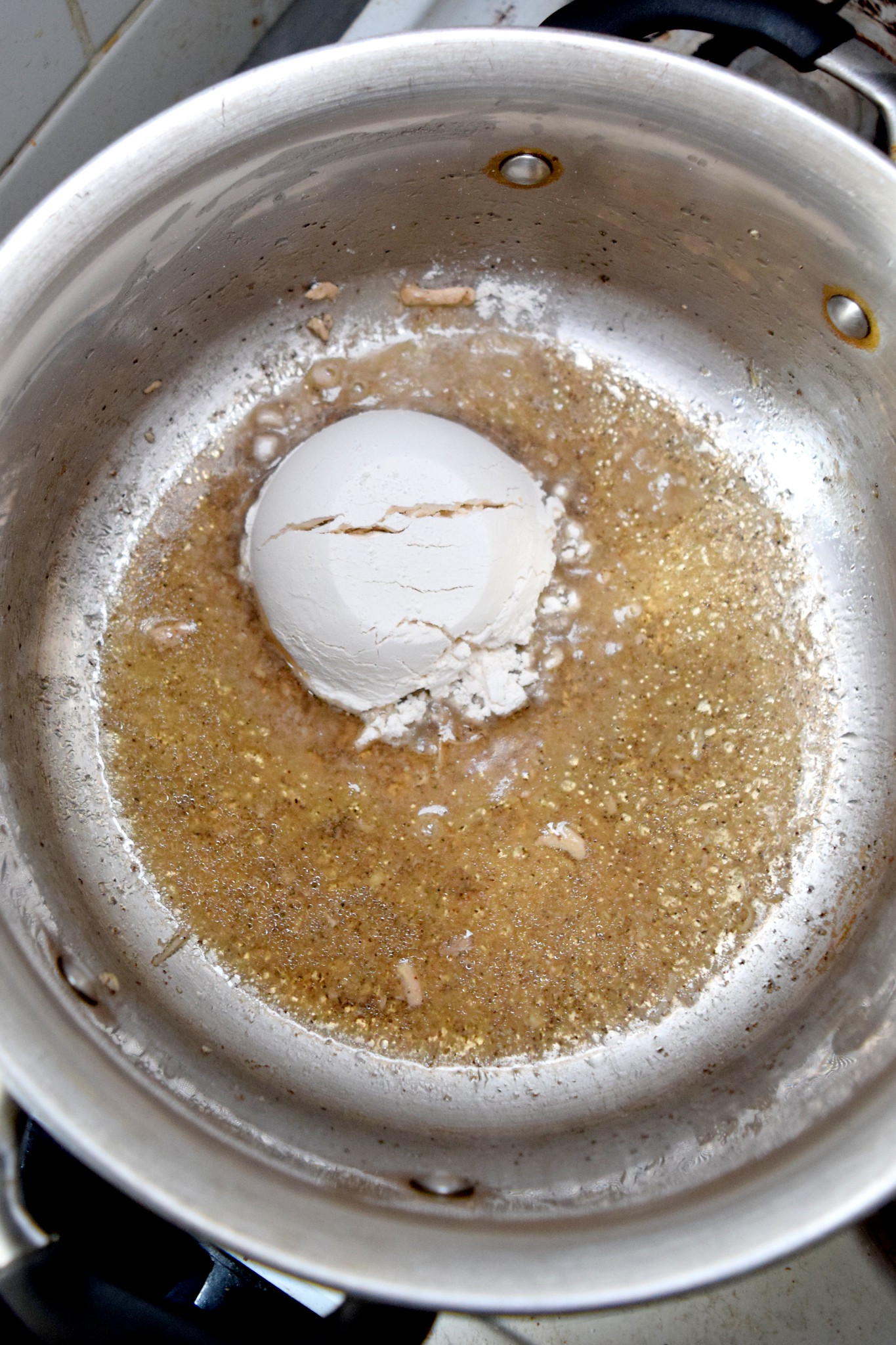 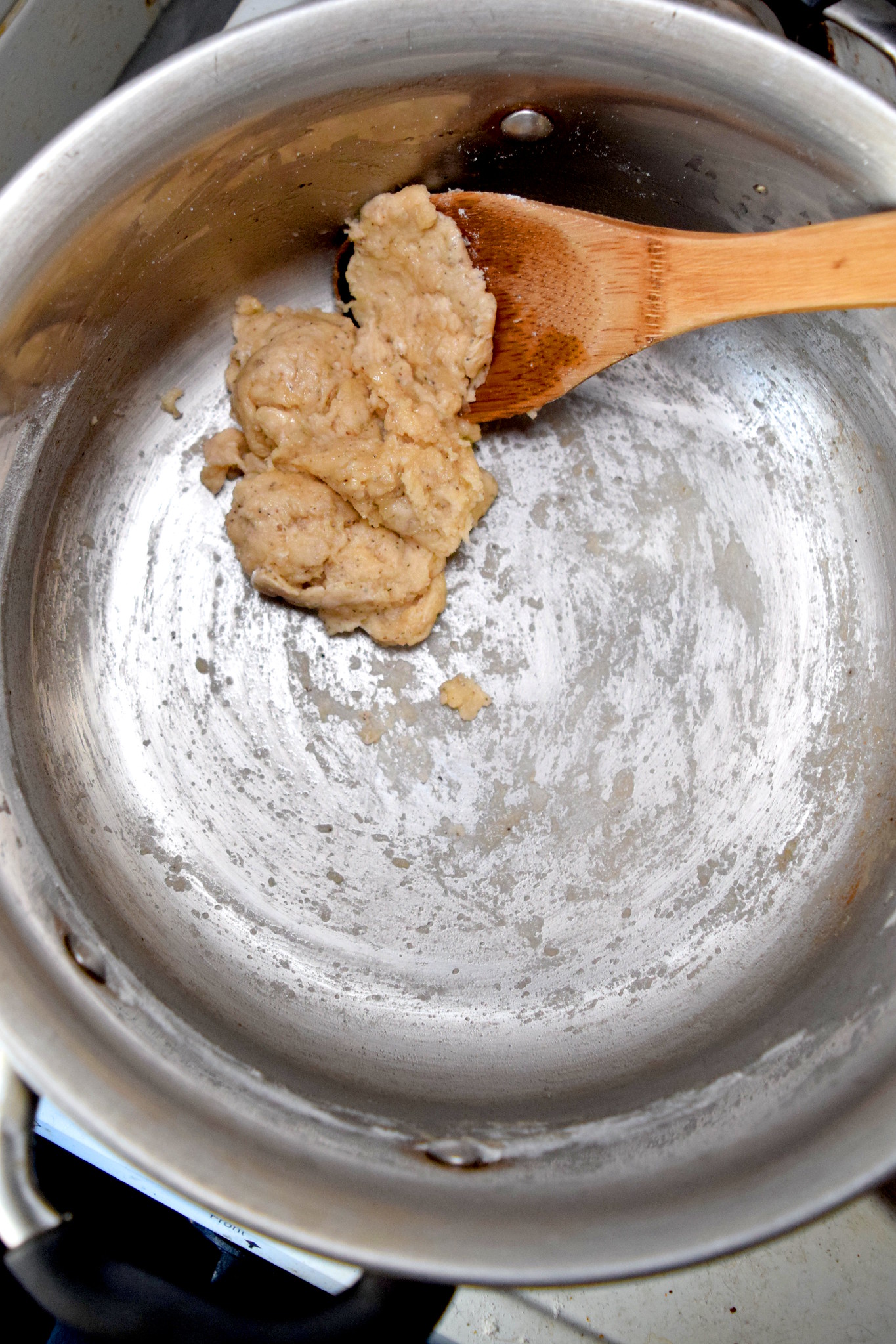 Now becomes the fun part. Do you have about 1/4 cup of fat rendered from the chicken? If so, and you don’t mind having a slightly fattening dish, then great – move along. If not, I’d suggest adding enough oil to equal about 1/4 cup. Add the same amount of flour, and make the roux. Once the ball forms, add in the entire can of chipotle sauce and mix. Fill the same empty can of chipotle sauce with water, and continue to thin it out. 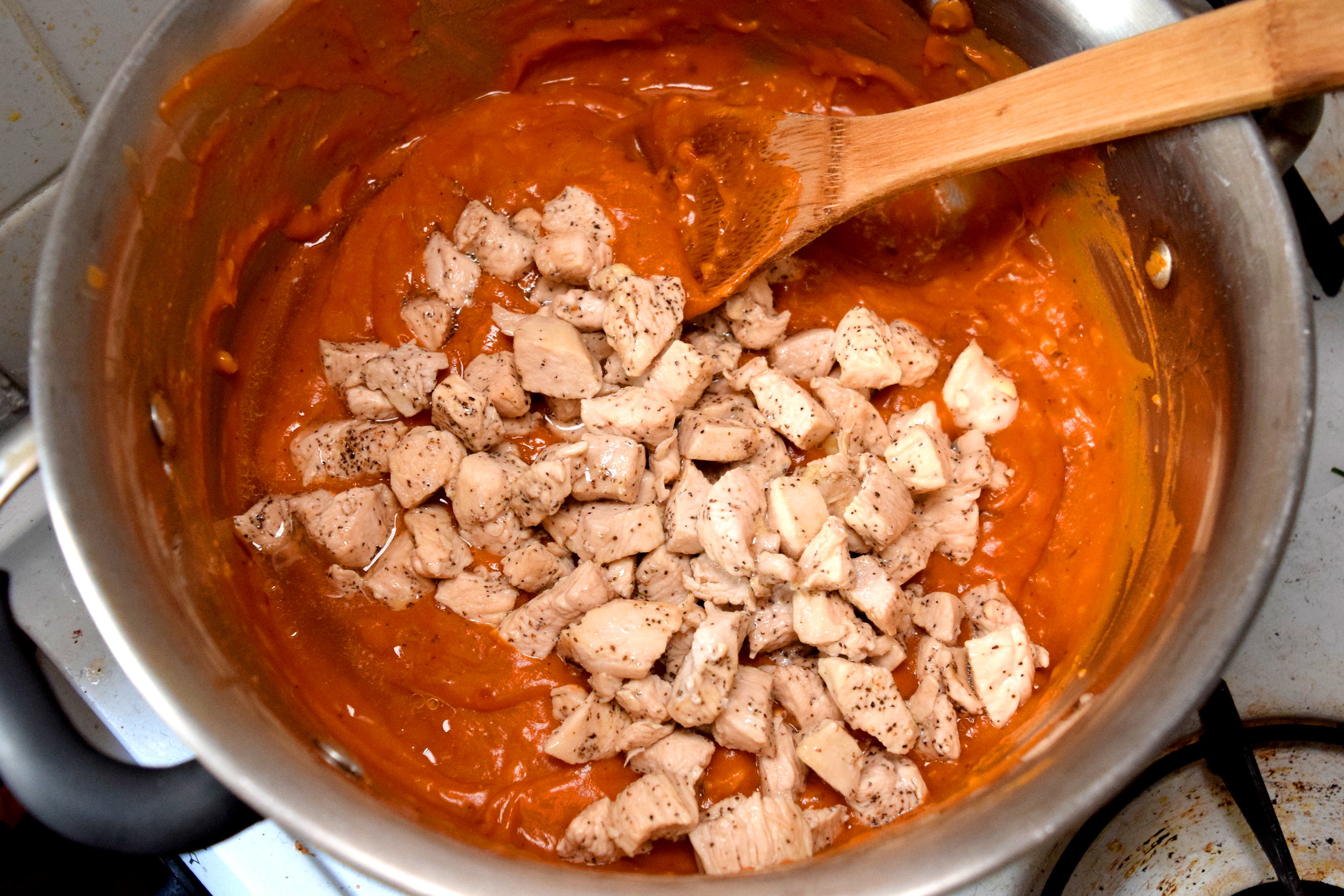 Dump the chicken in the sauce and season to taste. Set the pot to the side. 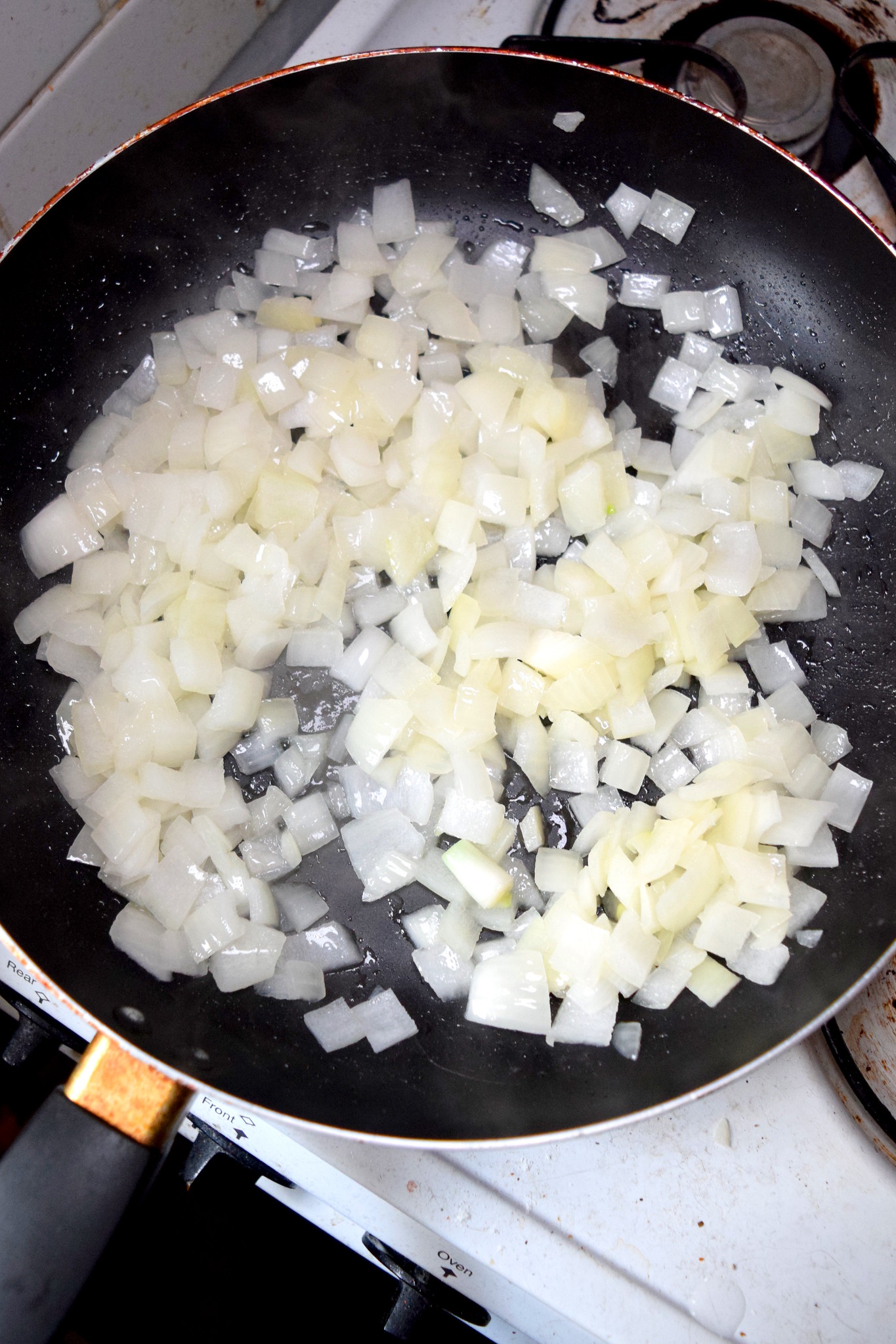 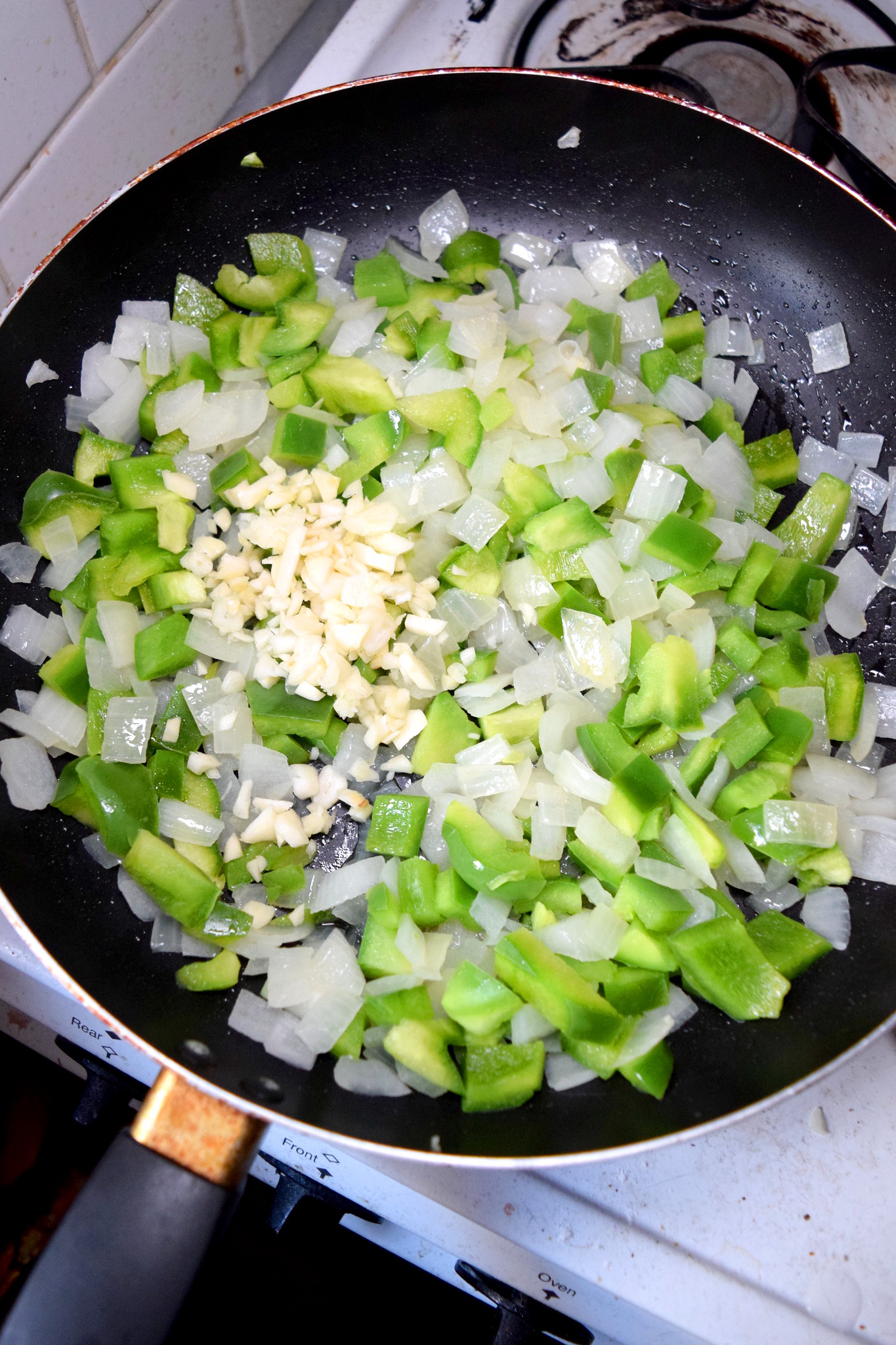 In a separate pan, saute the chopped onions. Once slightly translucent, add the bell peppers and cook for a few minutes before adding the garlic. Remove all veggies from pan and set aside. 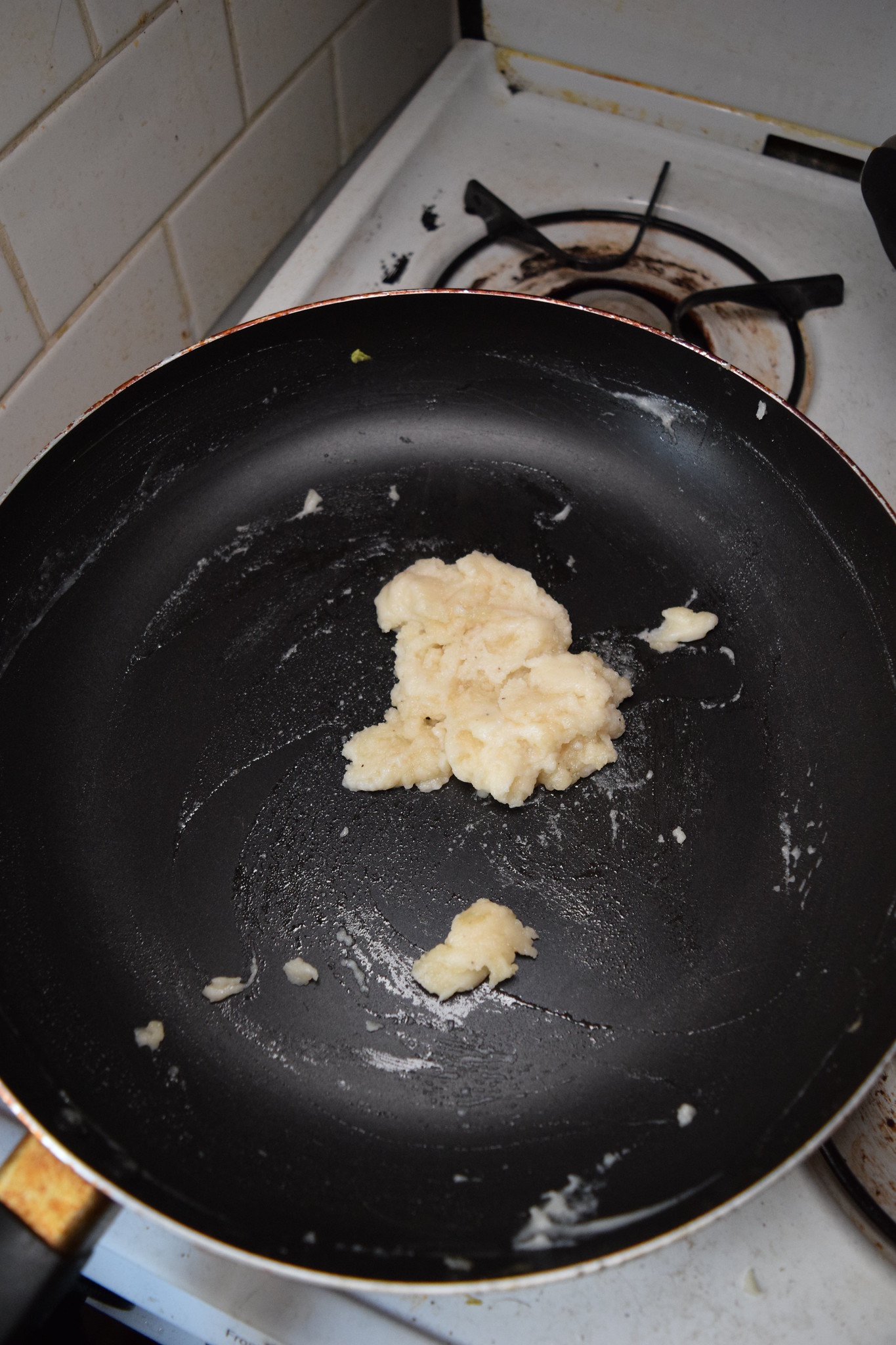 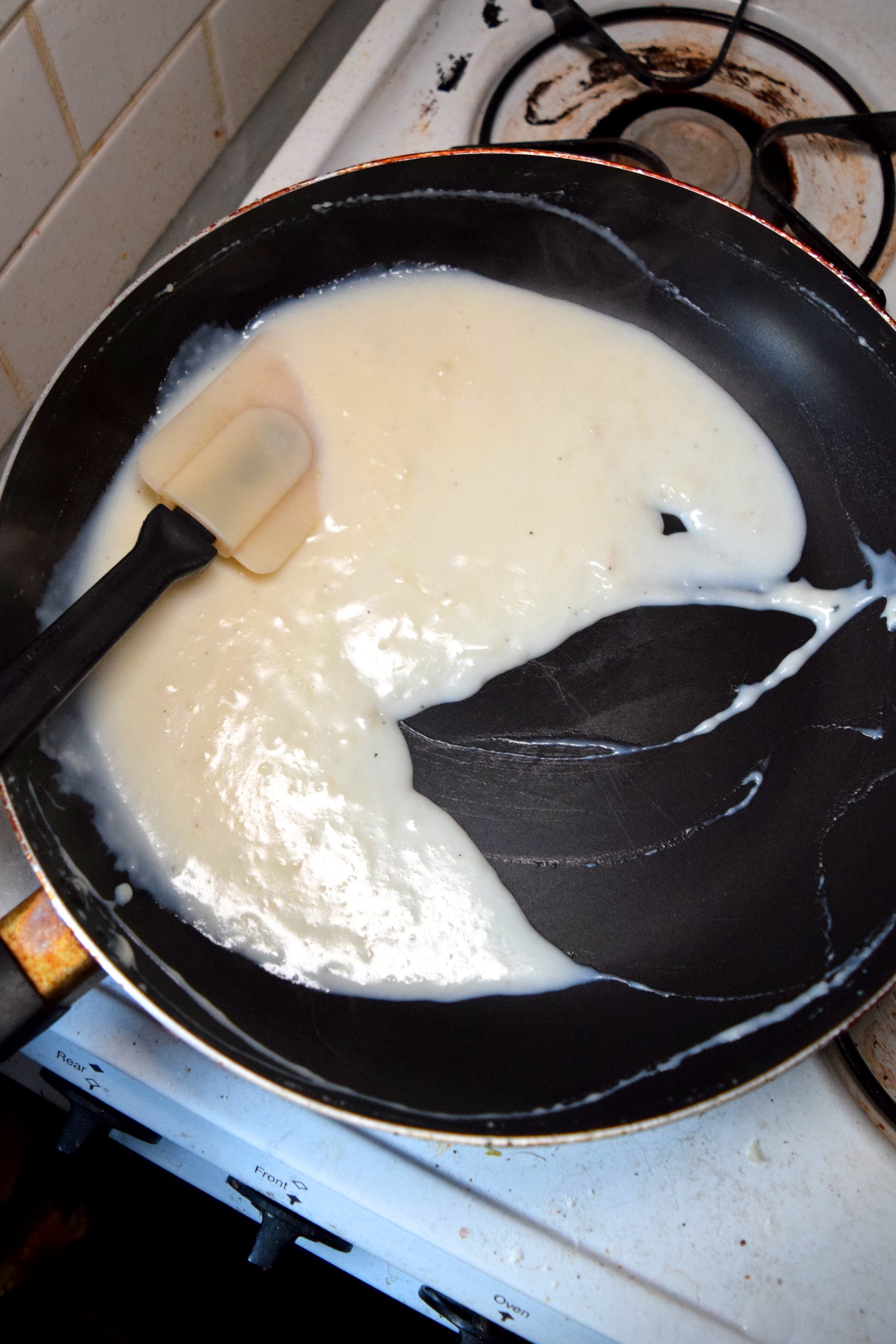 To the clean pan, add 2 tb of butter/oil until melted, then add 2 tb of flour to make the roux. Slowly add about a cup of milk in intervals (maybe like 5 times) while continuously whisking until it’s thick enough to coat your spoon. 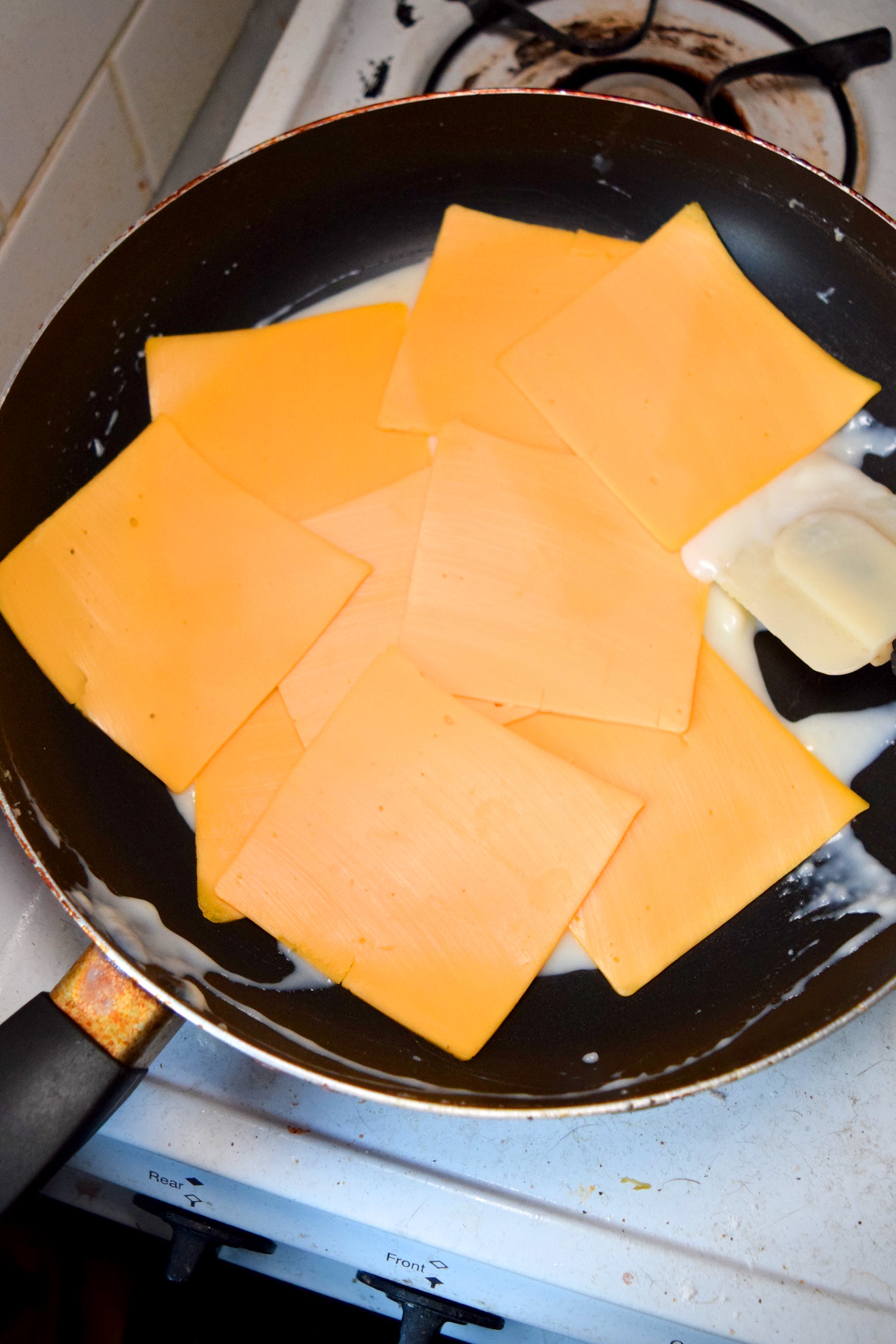 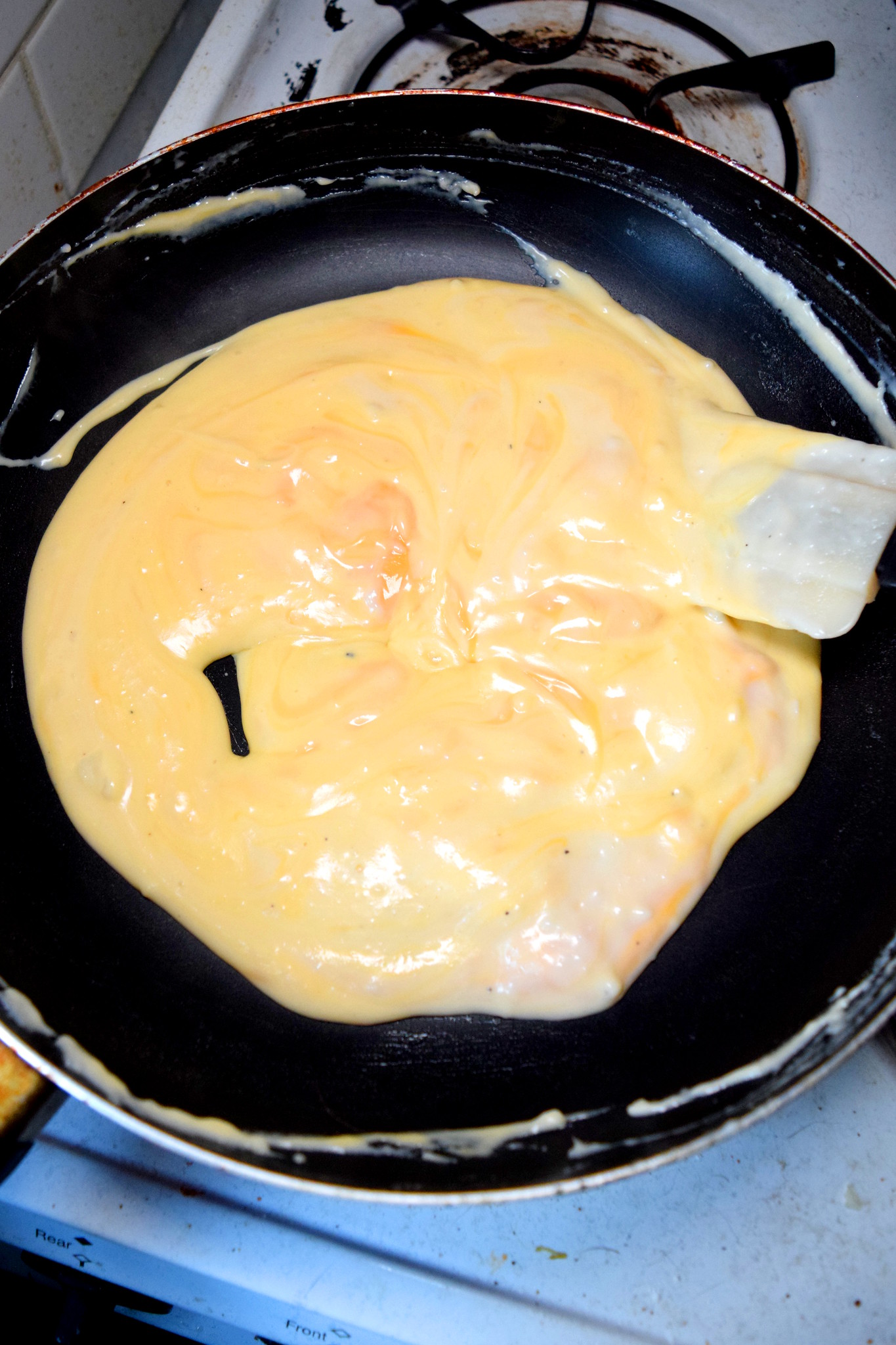 Judge me all you want, but I’m too boojie to use store-bought shredded cheese (aka sawdust), but too lazy to shred my own cheese. So I buy deli sliced cheese because it’s easy and convenient. 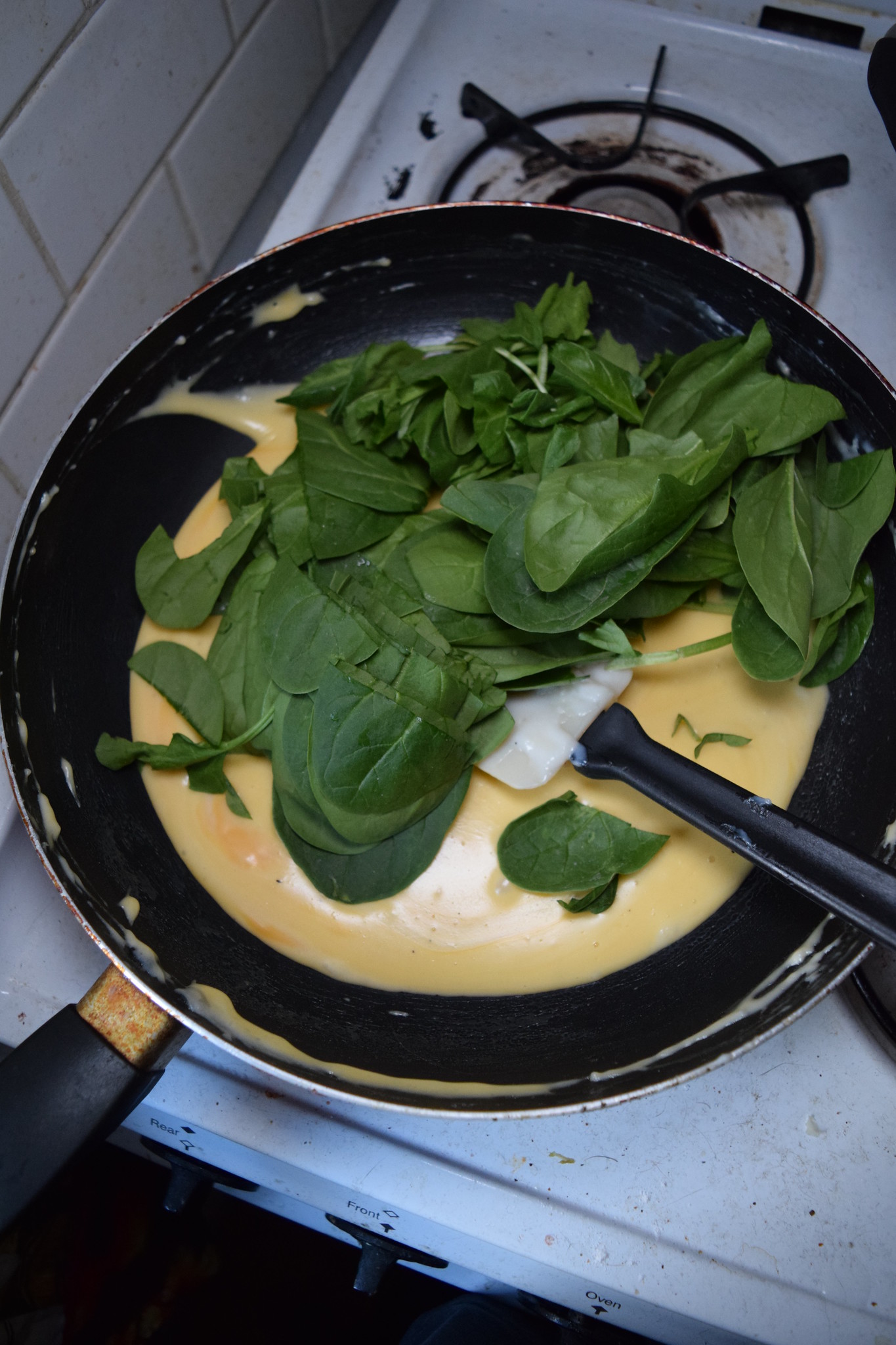 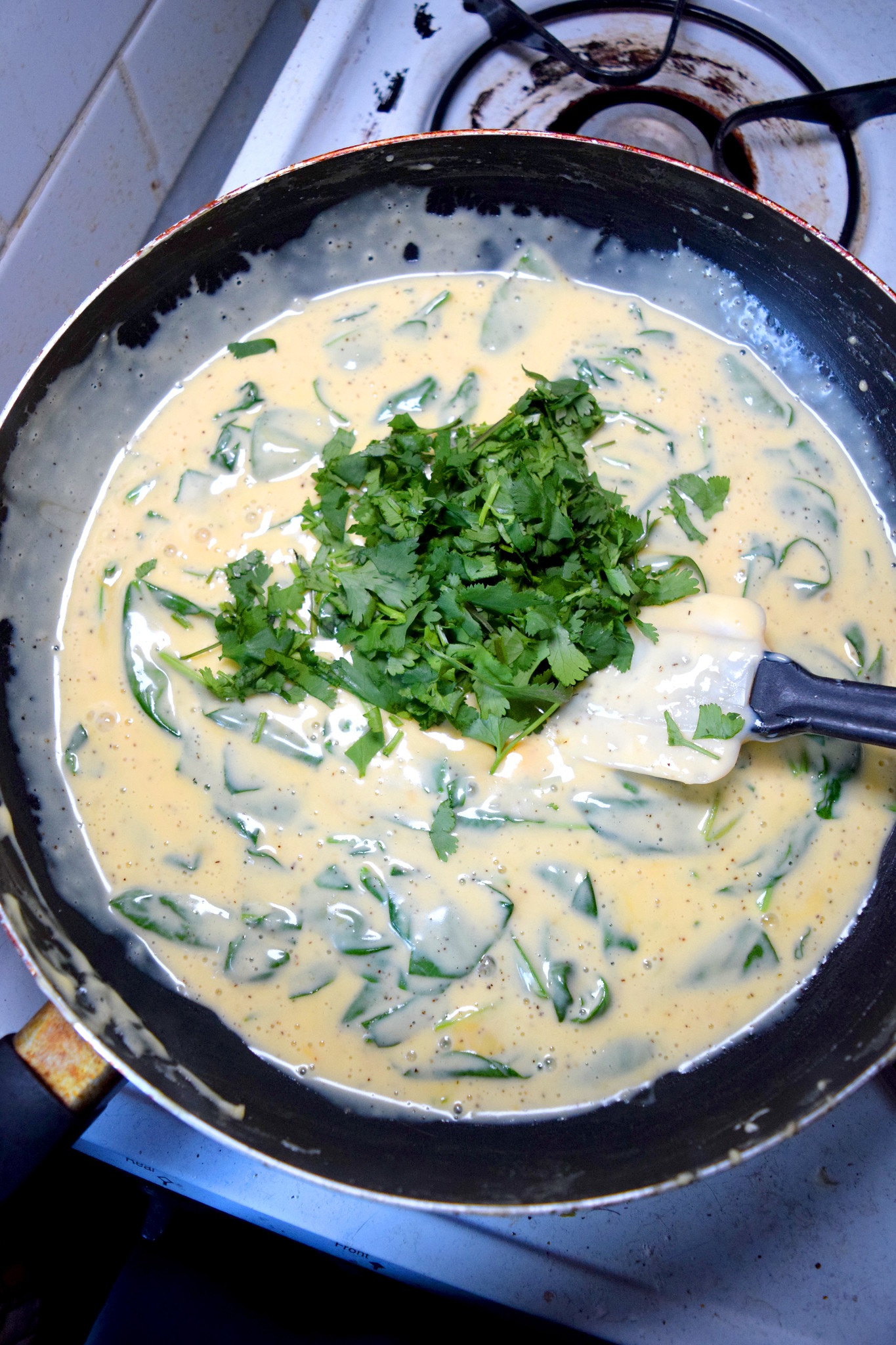 Since I’m going all out here, why not throw a little spinach in the mix? Added some chopped cilantro too because why tf not. 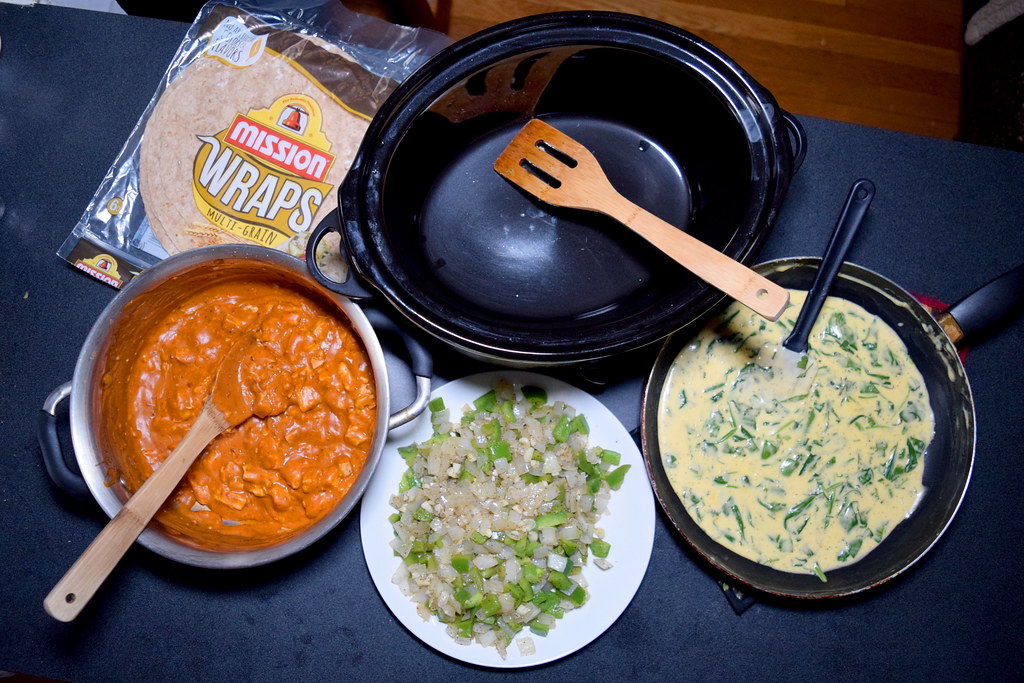 Now time for the assembly – Lay out each of the layers. 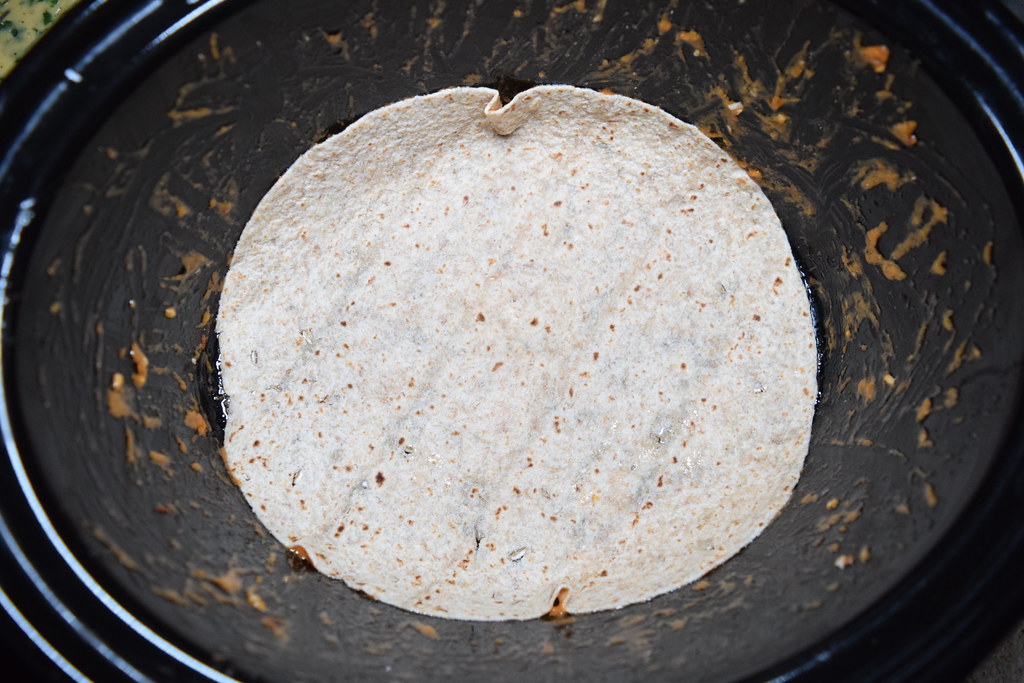 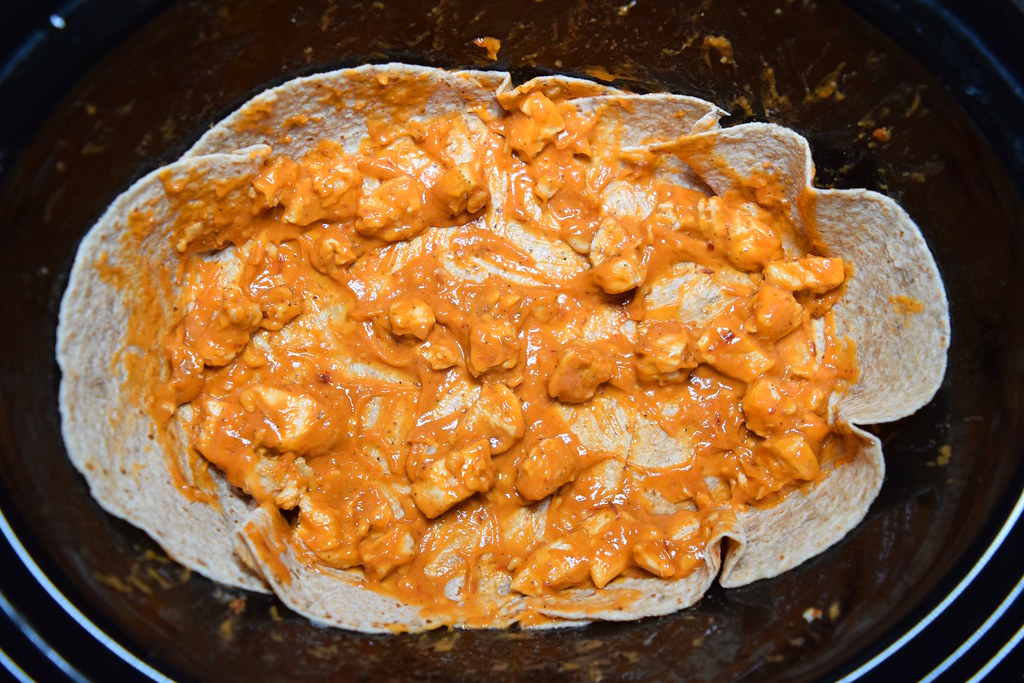 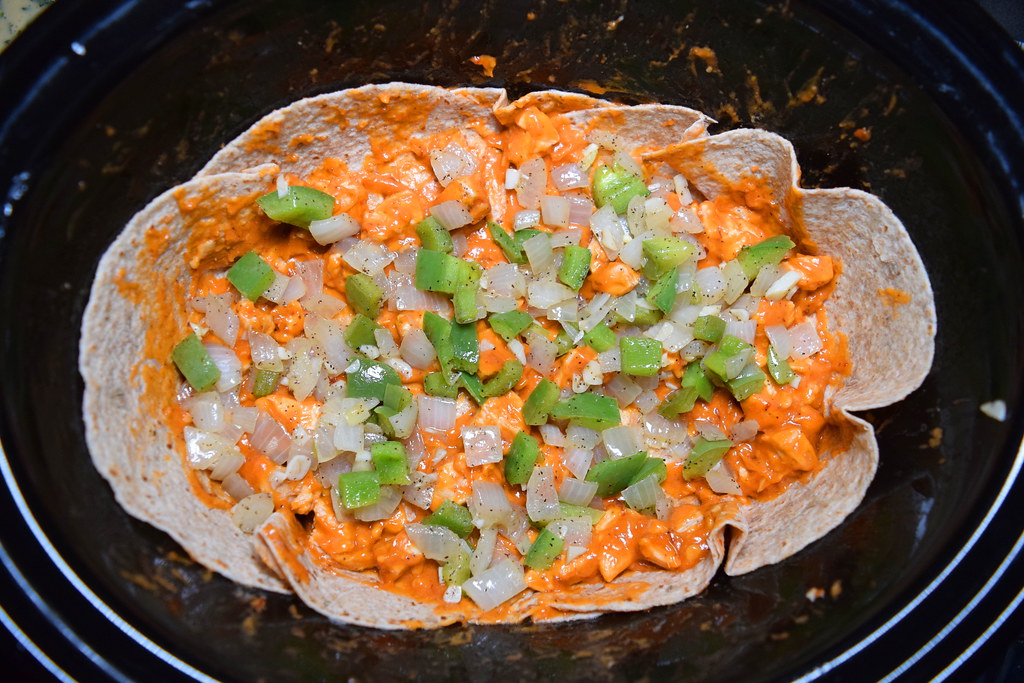 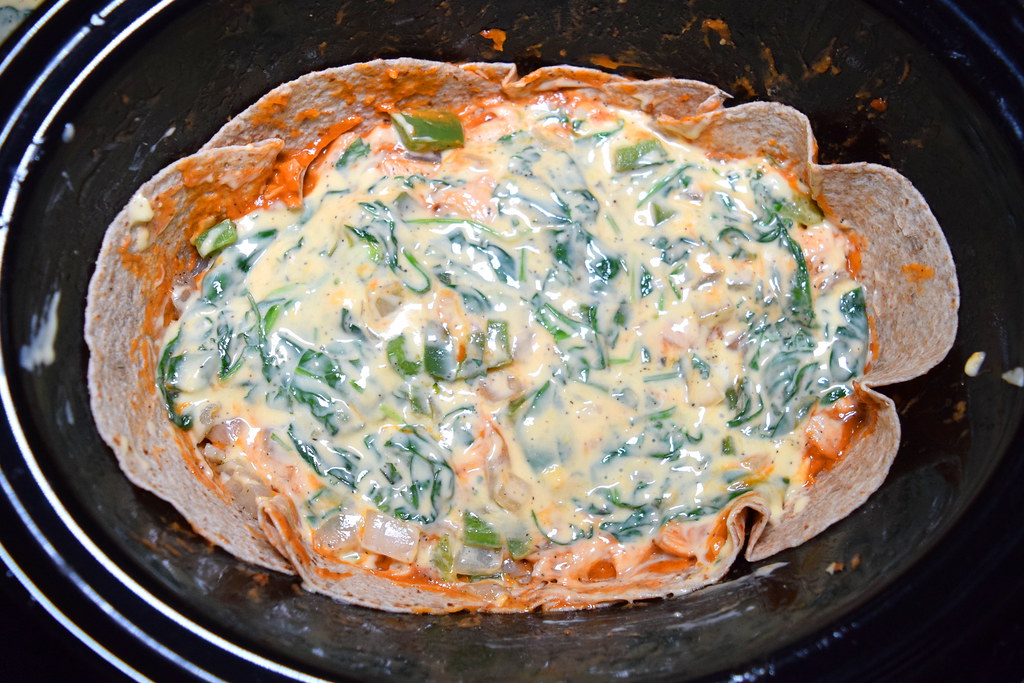 Depending on the size of your Crockpot, you may use more or less than the amount of wraps I used – 12. Because of the oblong shape, I layered it with one tortilla one layer, 2 tortillas side by side the second, and continued thusly. The actual order of the ingredients themselves don’t matter, but I try to keep the cheese on the top. 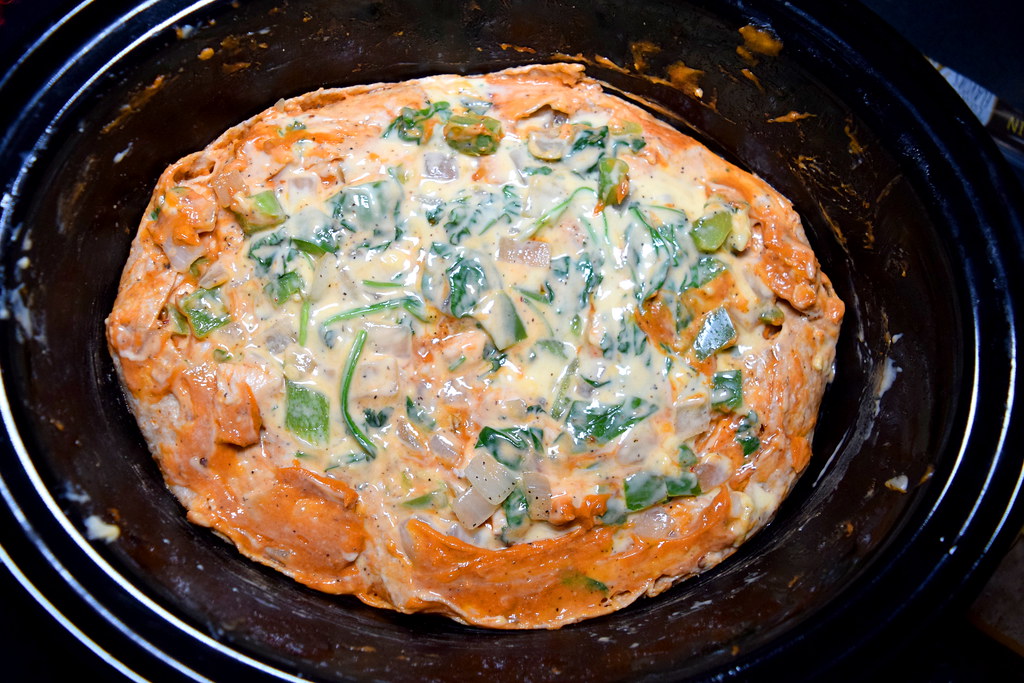 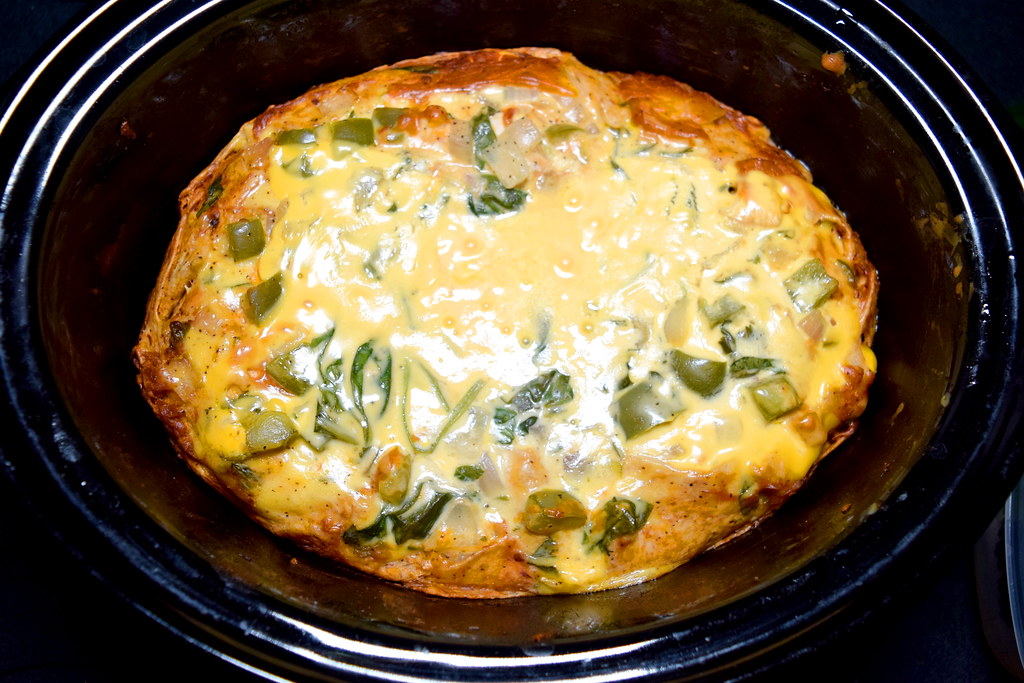 Throw it in on low overnight or about 6+ hours. If you see I kind of curled the excess tortillas over in on itself, almost like a crust. 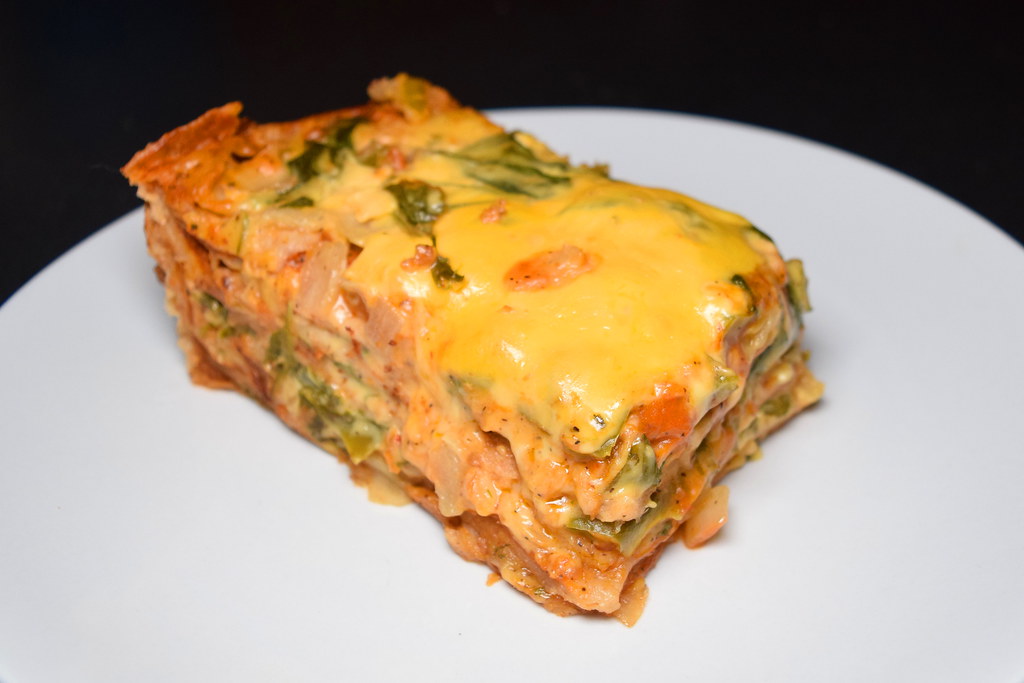 And there you have it – my boojie way-too-difficult, over-the-top, multi-ethnic Crockpot dish. Pour yourself a glass of rosé, girl, because you deserve it after all that.