If you live in Astoria and haven’t had a BYOB brunch at Queens Comfort, you need your Astoria resident card revoked. It’s been a solid neighborhood establishment for the past 10 years, give or take. If you’re an OG like me, you’ll remember them at their old location across the gas station with the line around the block even with rain or snow. Their new location lacks some of the funky accouterments, if you will, but still gives off the same vibes. 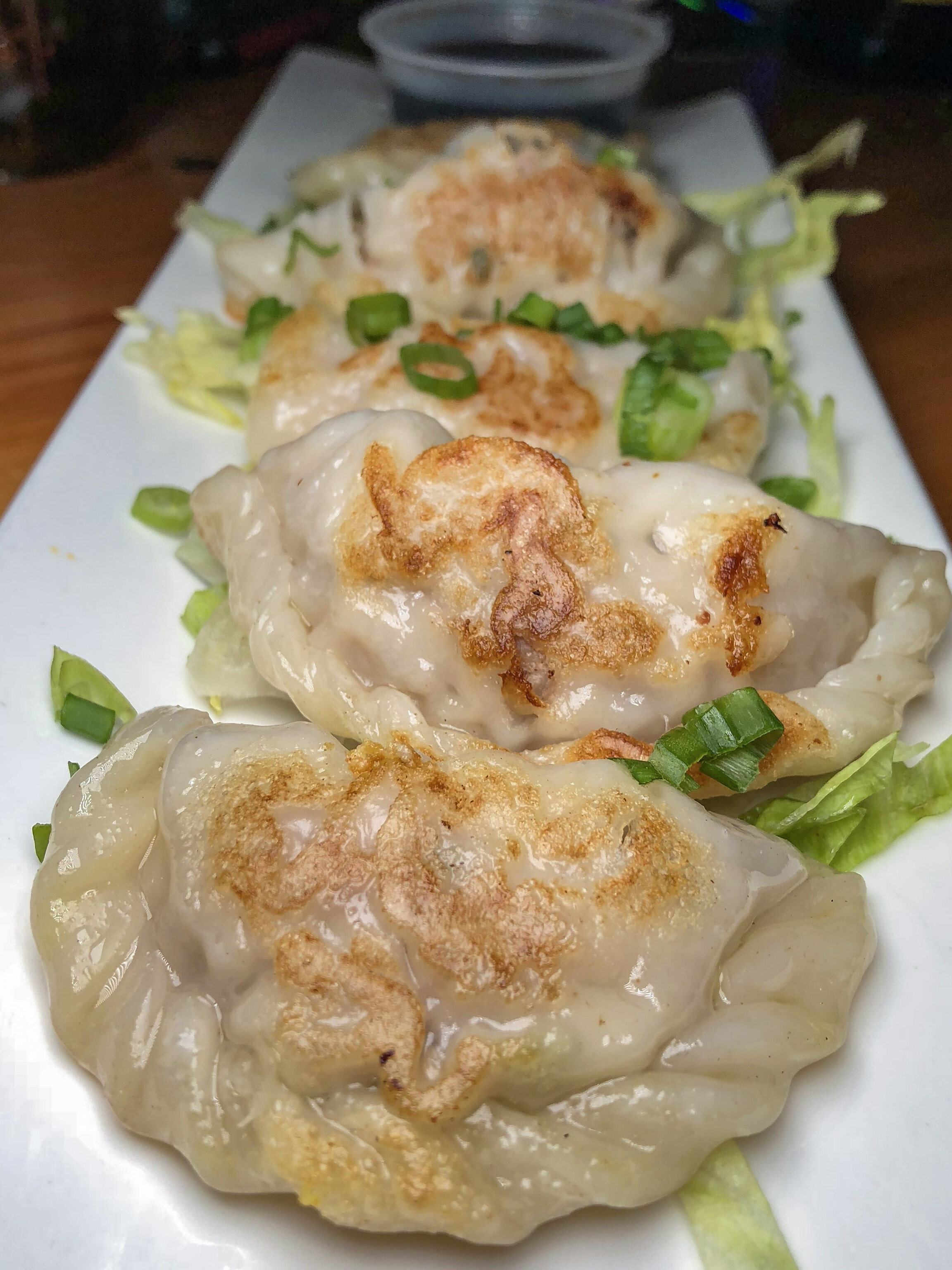 Their brunch menu changes frequently and you’ll likely never find any of these concoctions replicated on any other menu. Also a big shout out to Guy Fieri (whom I dislike but appreciate his platform) who pulled a Diners, Drive-Inns, and Dives episode here. 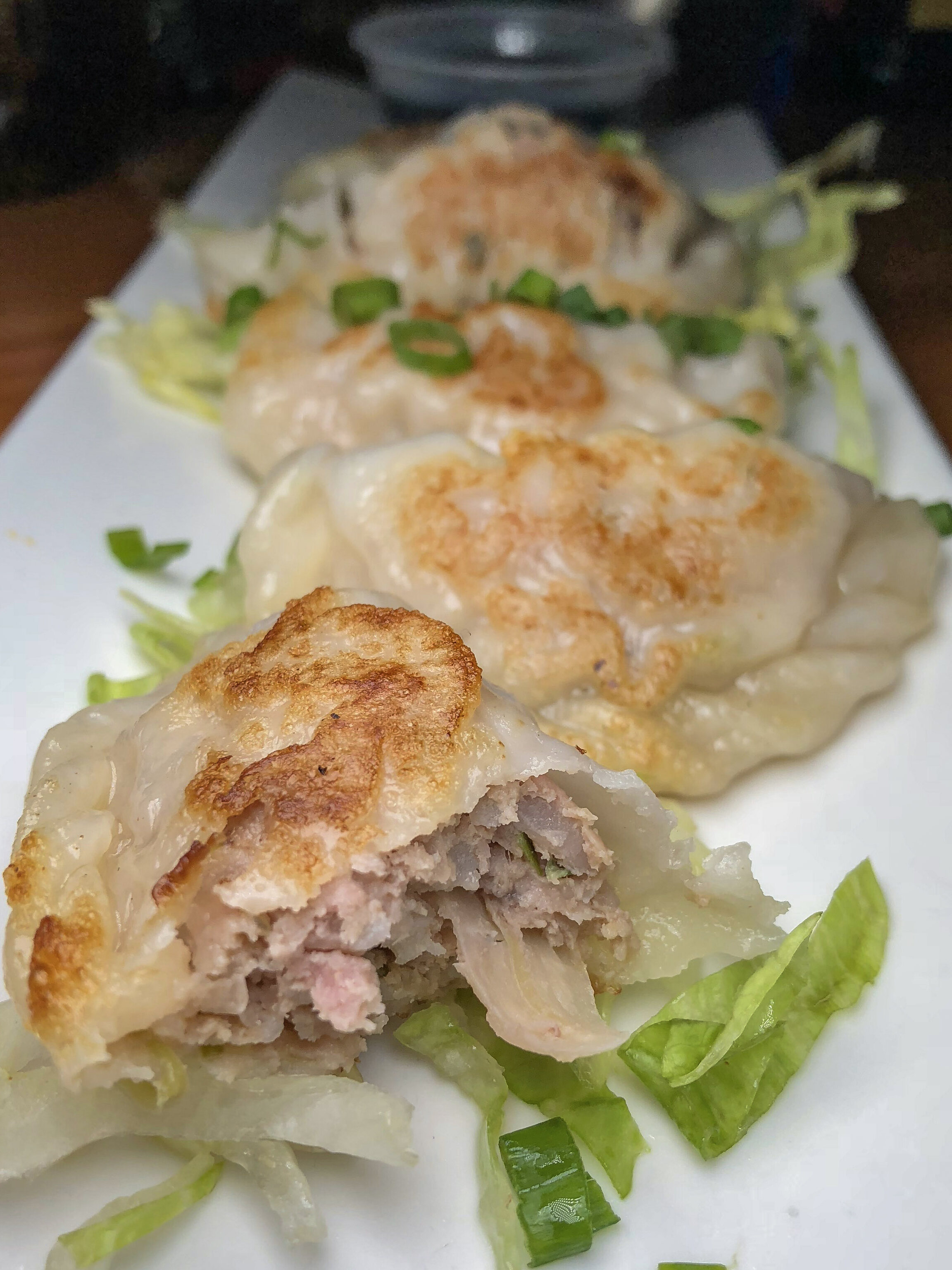 These were the pan-fried pork dumplings with an Asian garlic soy sauce dip. Sounds out of place, but actually quite deliberately tasty. That’s kinda the theme here – you think it doesn’t make sense, but it perhaps will. 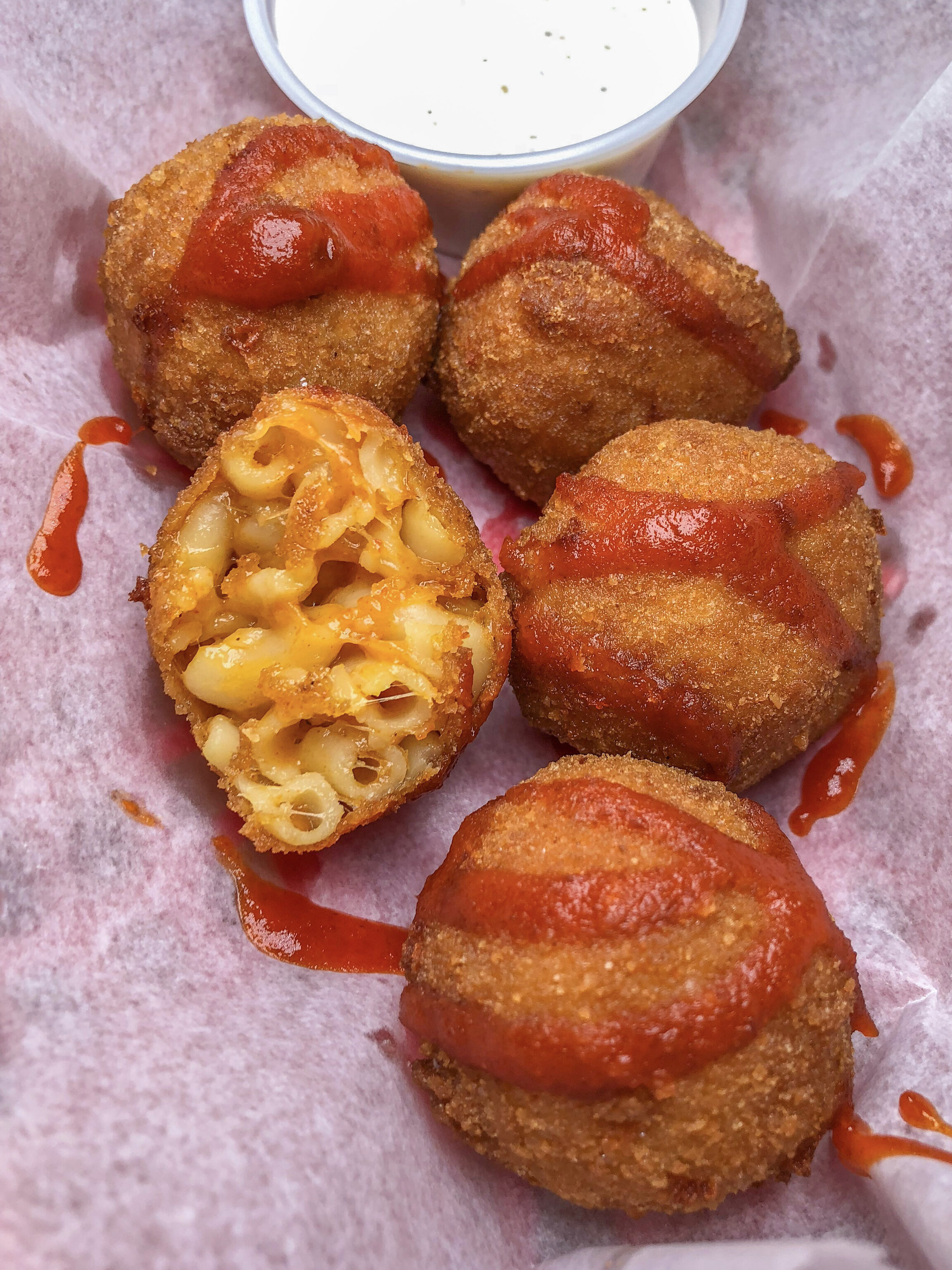 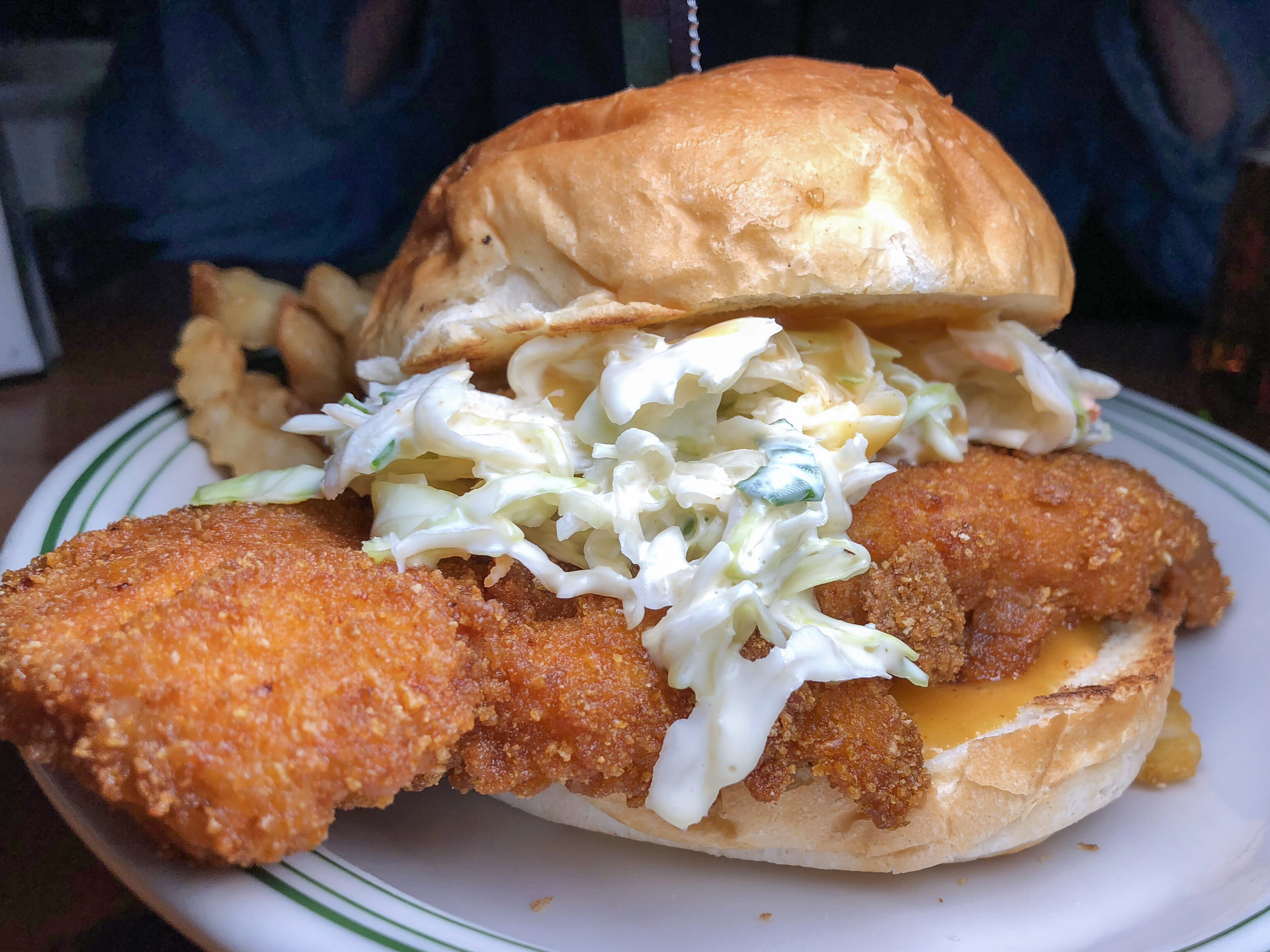 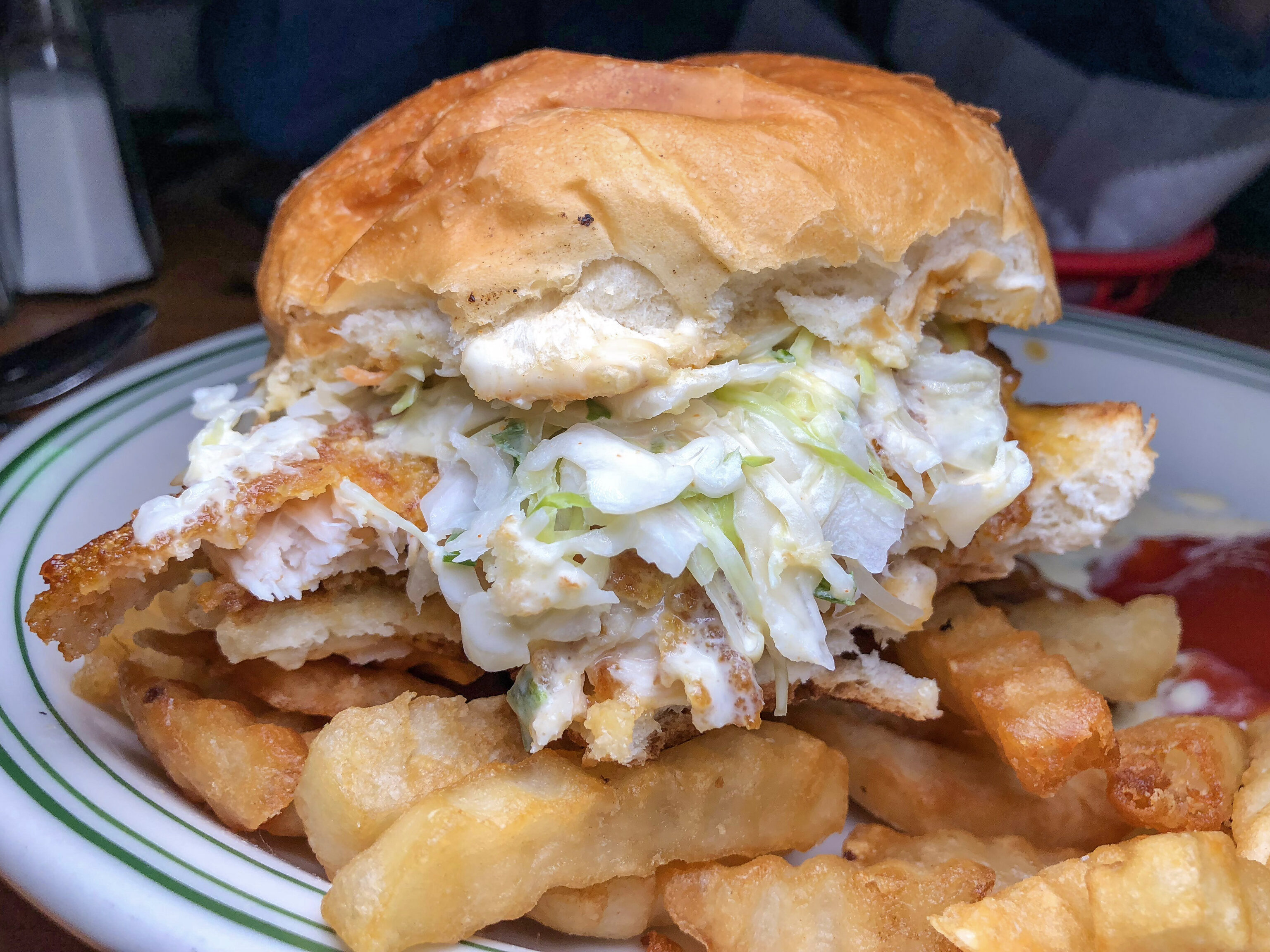 I personally wouldn’t have imagined putting a sugary cereal crumble to coat my fried chicken, but it somehow worked. It wasn’t sweet at all, but had a familiar childhood flavor. Chicken cooked perfectly through, nice crispy skin, and a juicy interior.

As usual, the intricately weird menu was as tasty as it was intriguing. Not your average eggs with a side of eggs brunch spot in Astoria. And the BYOB part doesn’t hurt either.