Rizzo’s is an institution here in Astoria, NY. Opened in 1959 by brothers of the same surname, they’ve not only managed to thrive for 60+ years by the same family, but also opened an additional location in the LES. It’s crazy to think of that as long as I’ve lived in Astoria (8 years or so?) I still haven’t made my way there to try their famous pizza. 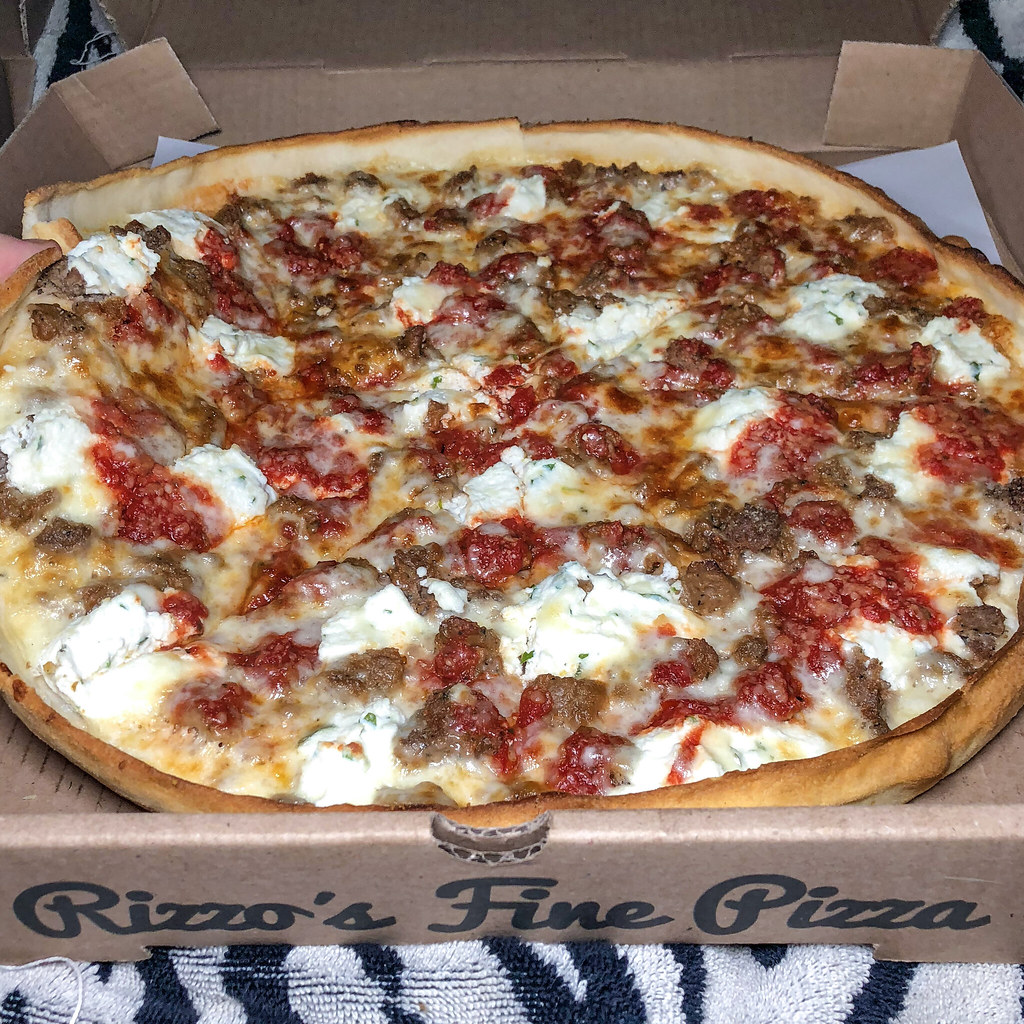 Since Stephen and I recently started our own pizza rating list here in NYC (thank you for sucking, Barstool), it seemed inevitable that we’d make our way around to Rizzo’s. We ordered in through Seamless and Stephen picked out 2 specialty pies, unbeknownst to me. I would have at least liked to try their famous classic pie, but I guess we’ll have to save that for another time. 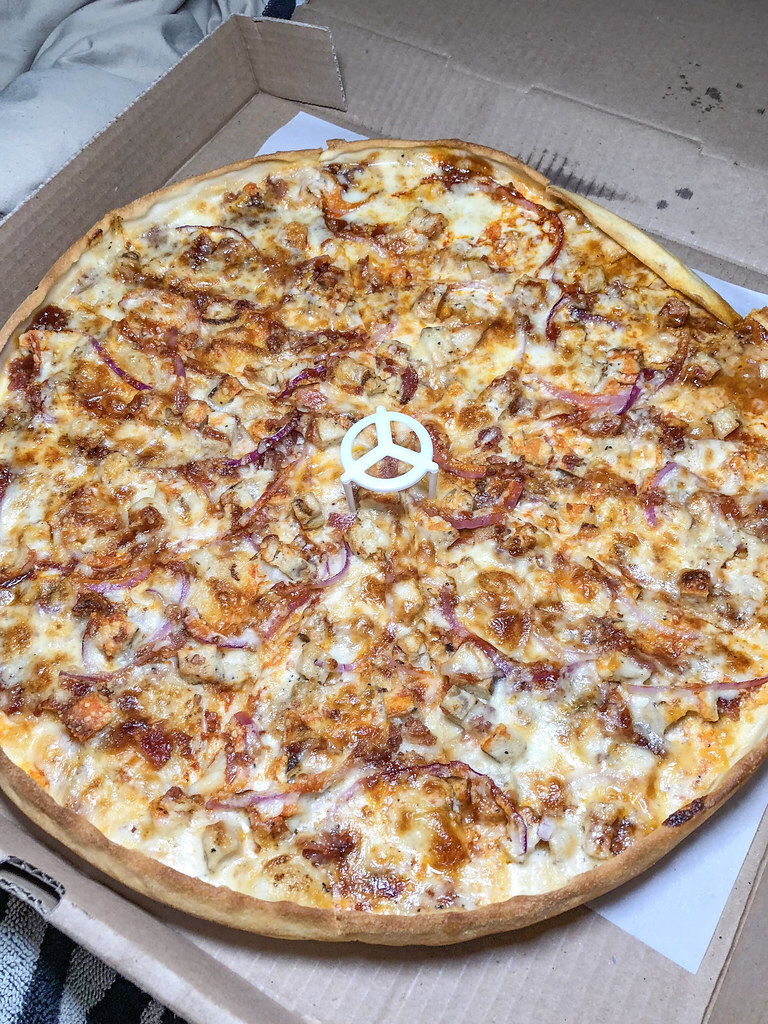 At first Rizzo’s only served one product – crispy square-shaped pizza with no topping options. According to their menu, they are the “Original Thin Crust Square”. Not sure how factual that is, but I’ll take it. 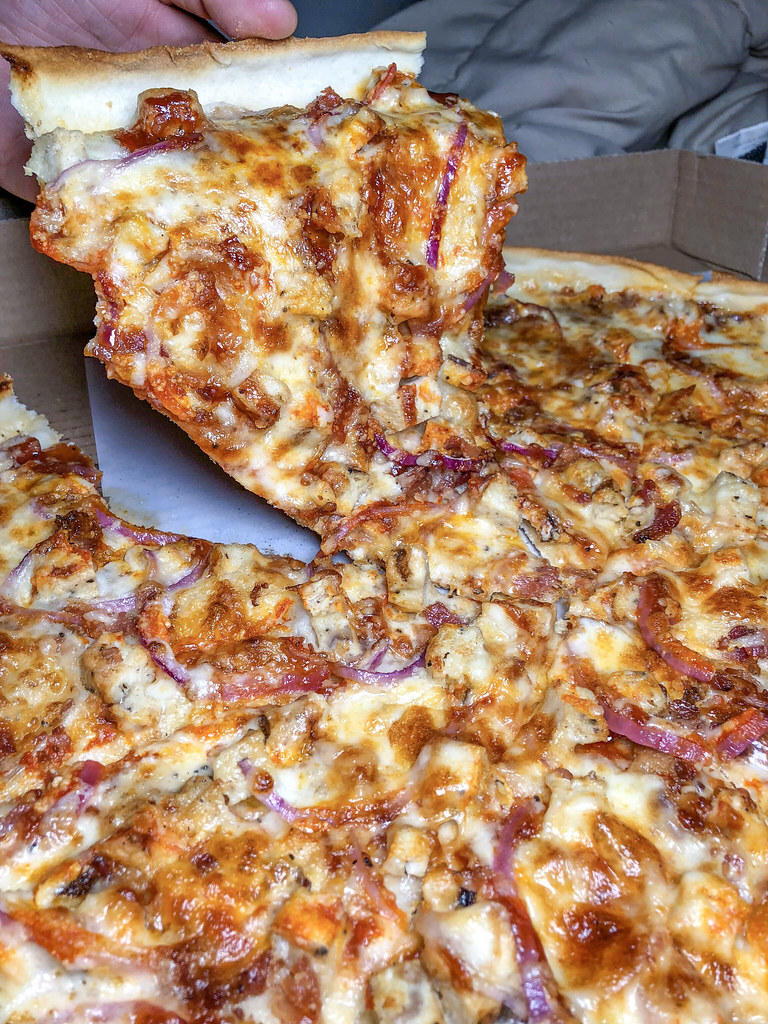 This is their Diavola specialty pizza – grilled chicken, red onion, bacon, BBQ sauce, hot sauce, Parmigiano aioli, and mozzarella cheese (no tomato sauce). I know it sounds like a lot going on, but it really worked together well and never felt overwhelmed. It reminded me of a not heavy BBQ chicken and onion sandwich, with just the right amount of cheesiness. 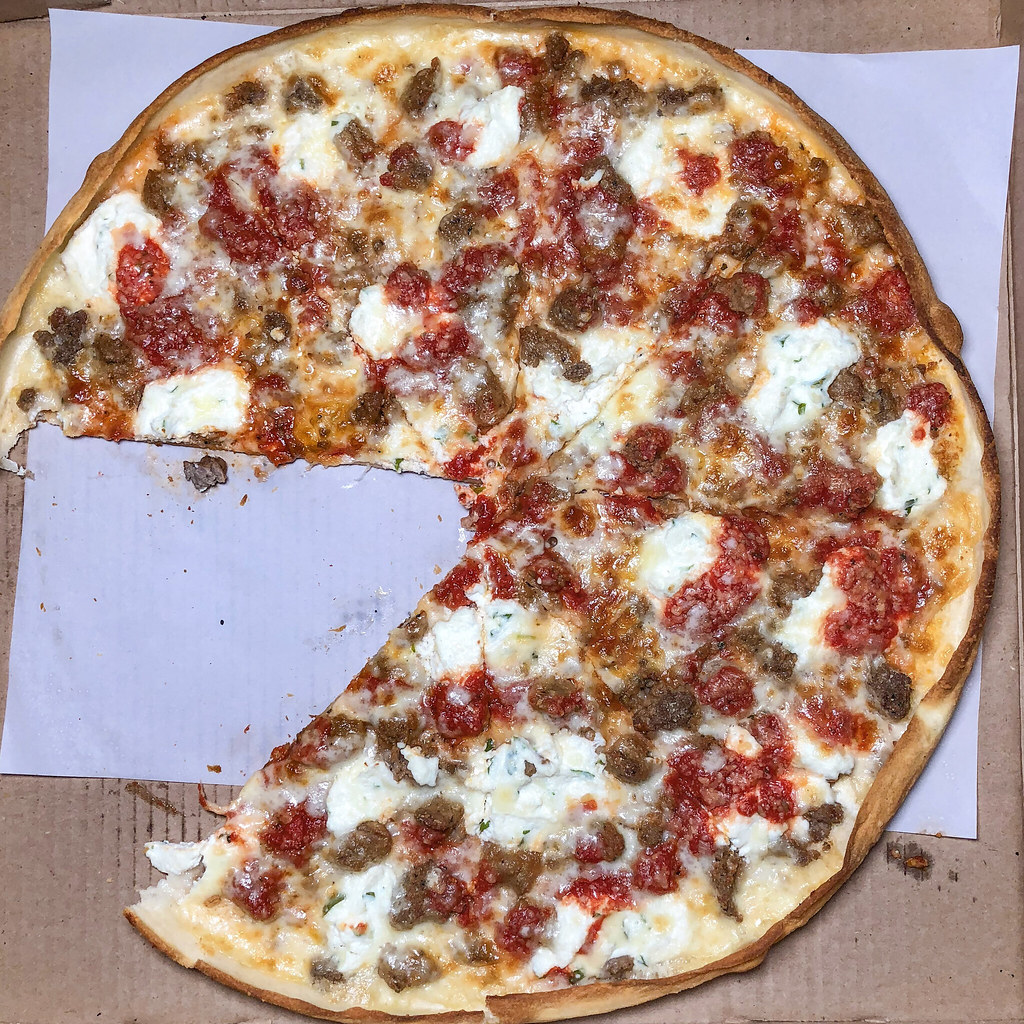 Before I get to what the toppings were on this next pizza, I just need to draw your attention to the thin curling pieces of crust in this photo. Literally – the MOST delicious crust both myself and Stephen probably ever had. We were actually fighting over the crust pieces with each other. 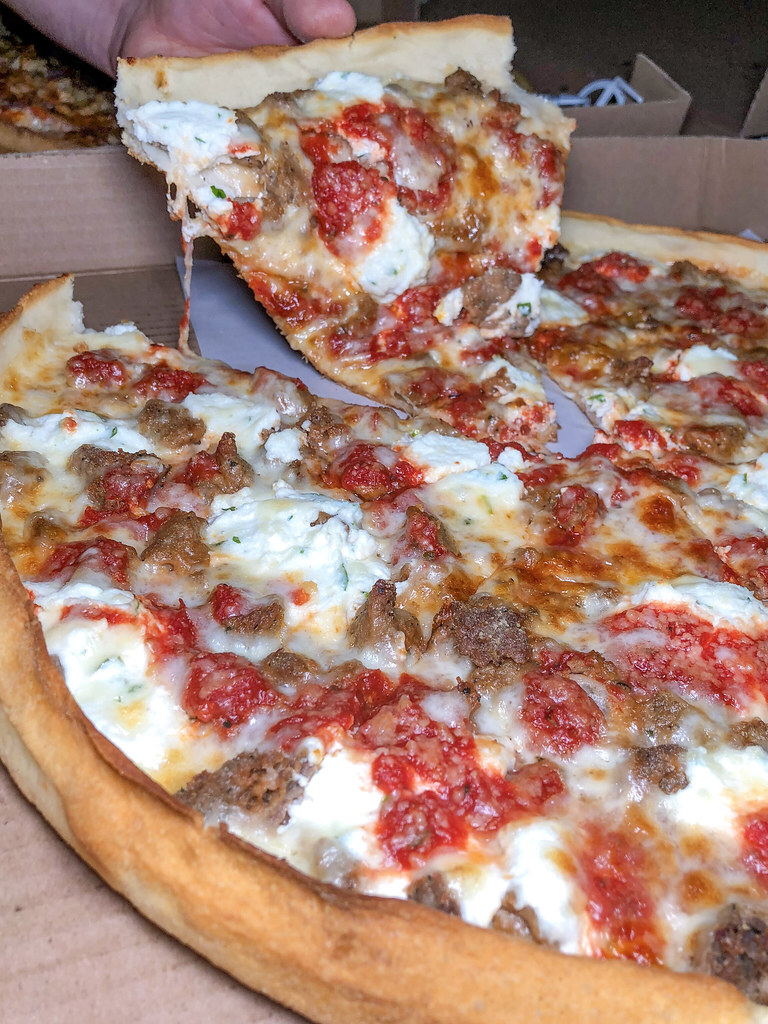 This beauty was the Aumma Aumma specialty pie – topped with sausage, meatballs, ricotta, sauce, and mozzarella cheese. Sounds like a pretty standard meat lovers pie, but it was much more than that. The thin crust was never soggy, even with the heavy ricotta and meat on top. i think the two us managed to eat this entire pizza pie (including the crust) in one sitting – it was THAT good.

It’s pretty rare to get people fighting over who gets to eat the crust of a pizza, but Rizzo’s did it. Next time we’ll definitely have to try their original pie they’re known for.