DIA New York, a relatively new Italian restaurant, opened in the Lower East Side. The setting is more upscale, but the food presentation and the atmosphere is more casual. They’re known for their thin crust Roman-style pizza, but the menu encompasses much more than just that. 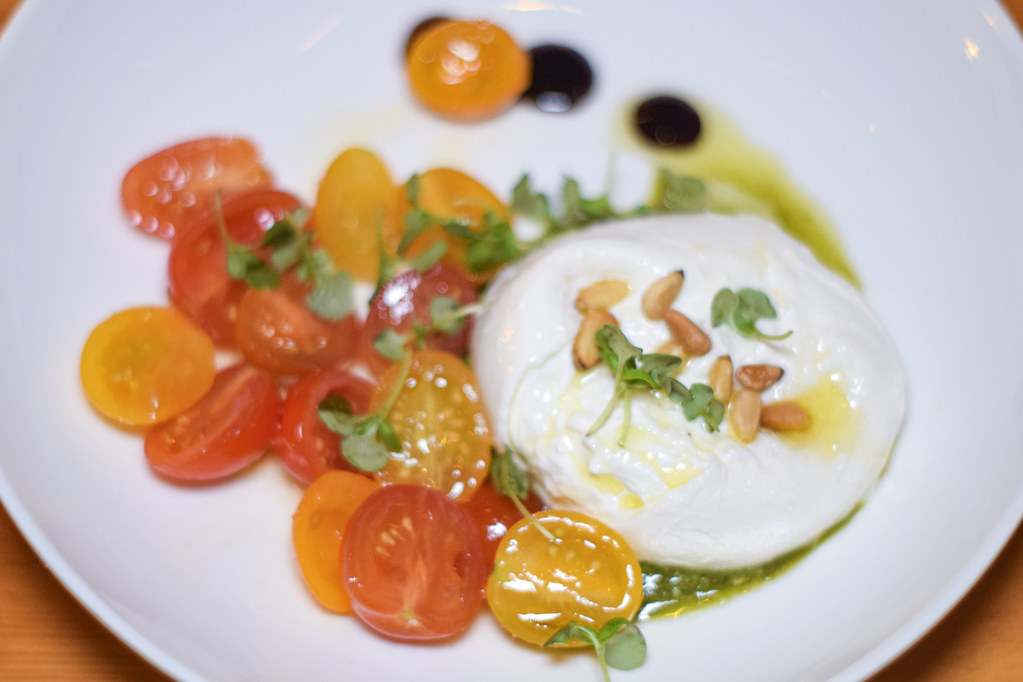 The table setup is pretty intimate and we never felt like we were a part of anyone else’s conversation. Once settled in, of course we ordered some cheese for a starter. 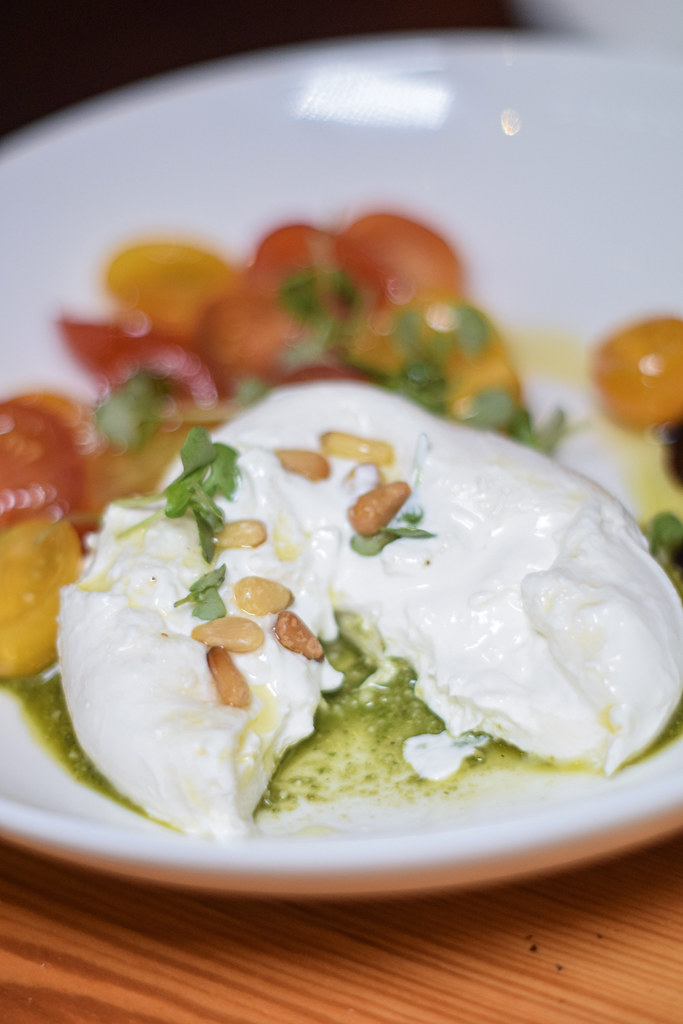 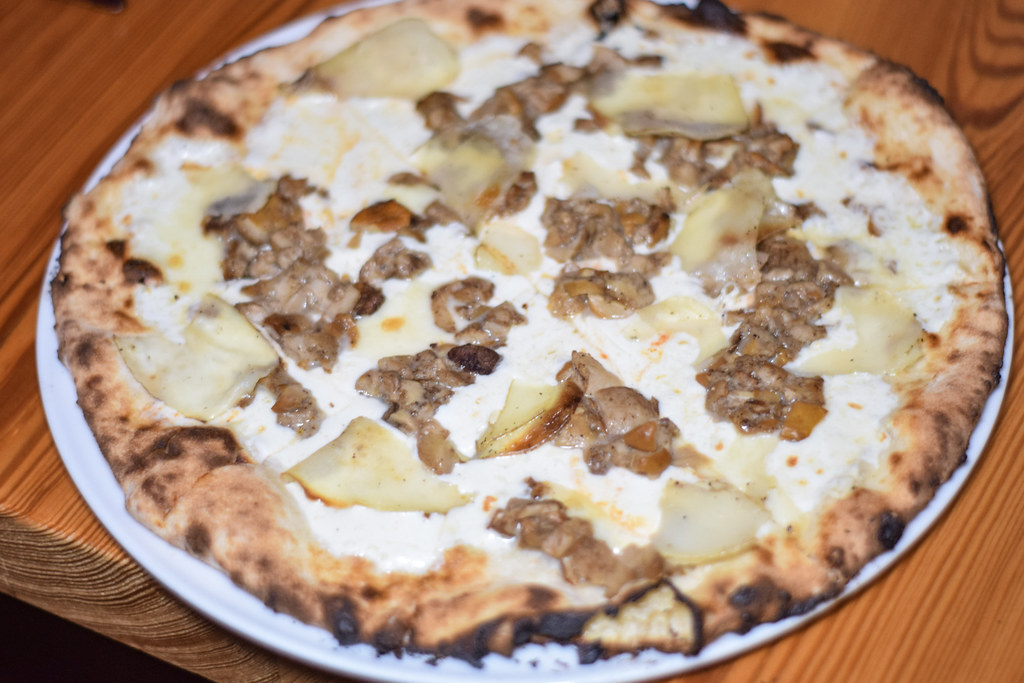 Since DIA is known for their pizza, we had to try one of their signature thin crust pies. 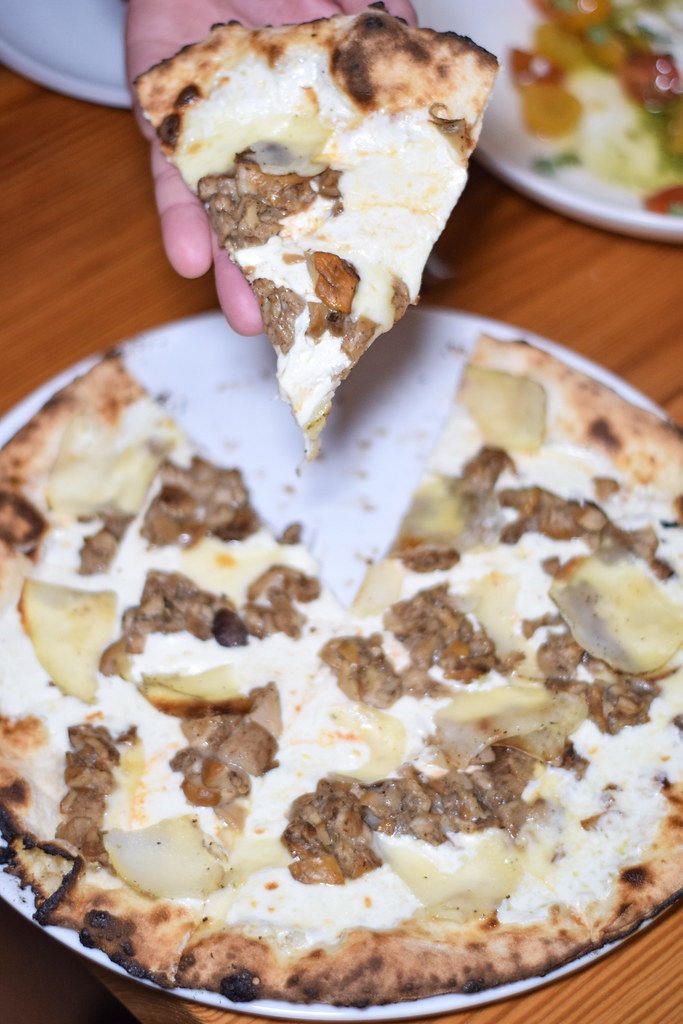 The Mushroom Pizza came with mozzarella, taleggio, porcini mushrooms, and thinly sliced potato. As someone with a general distaste for potatoes, I actually loved the texture of these crispy potato pieces against the cheesiness. 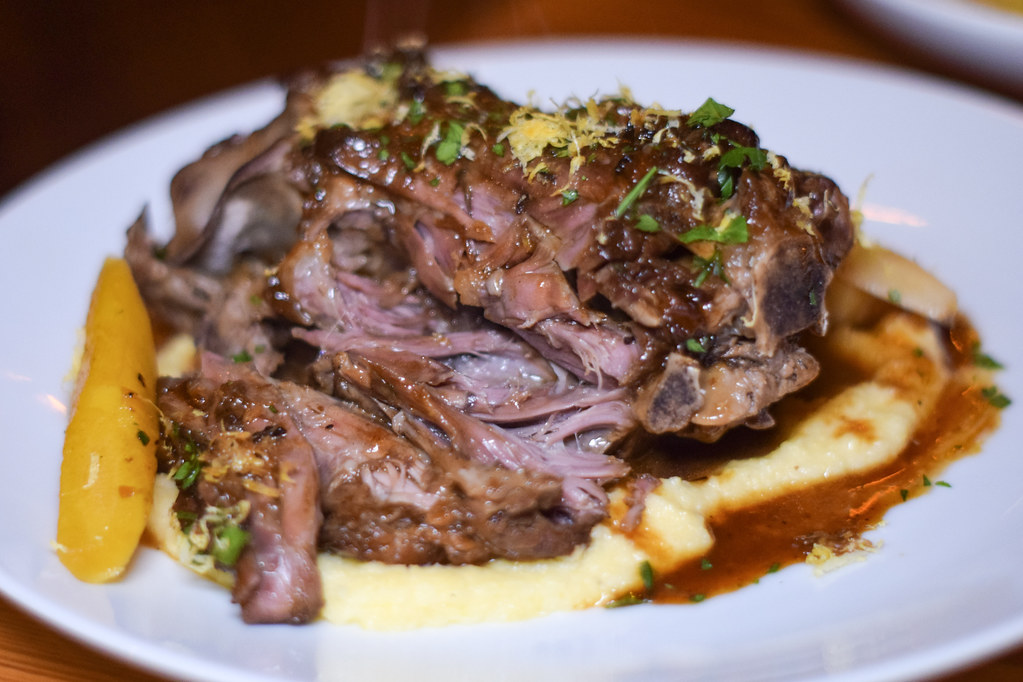 One of our favorite dishes was the Braised Lamb Shank. The fall-off-the-bone meat was placed on a bed of creamy polenta and topped with herbs and lemon. 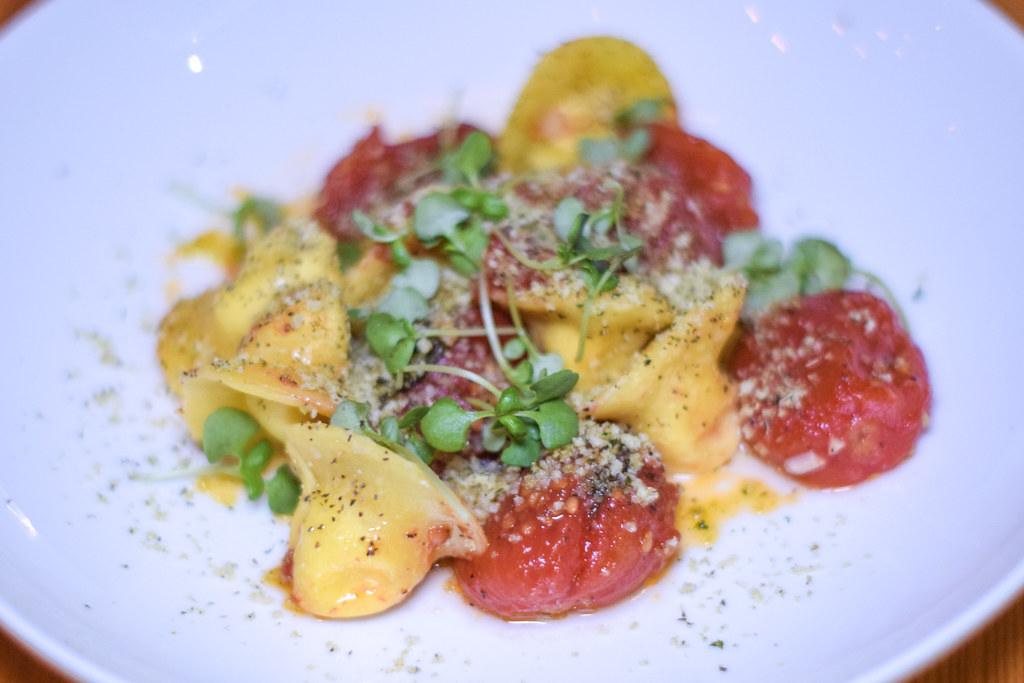 These little stuffed pastas were a special that night, so I’m not fully sure what was in the dish. 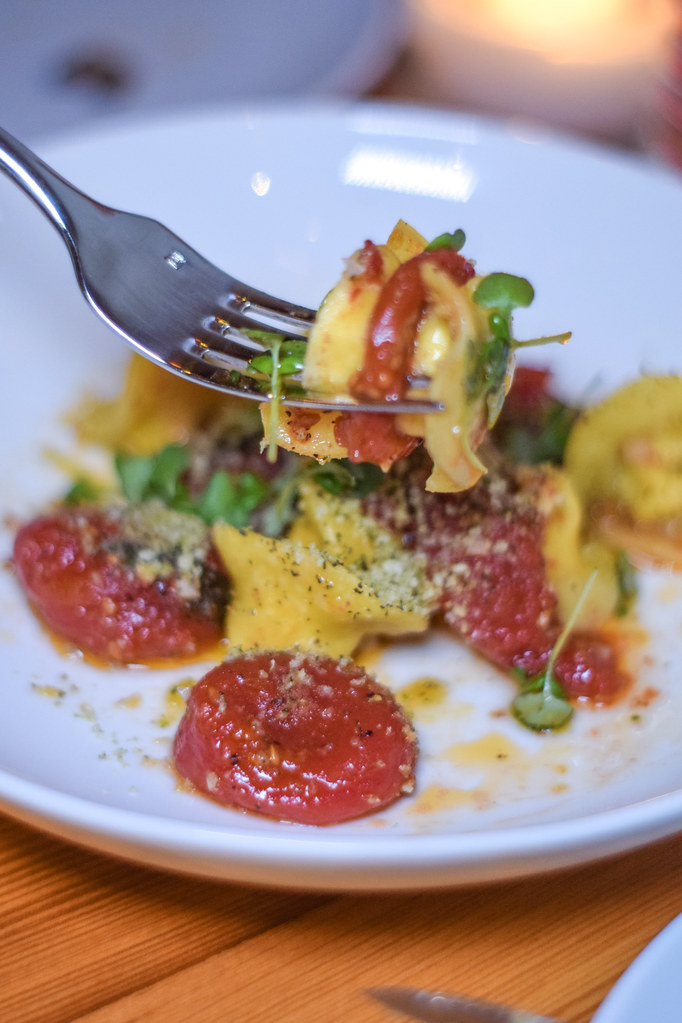 But the stuffed cheesy pasta pouches with roasted tomatoes and microgreens were definitely tasty. 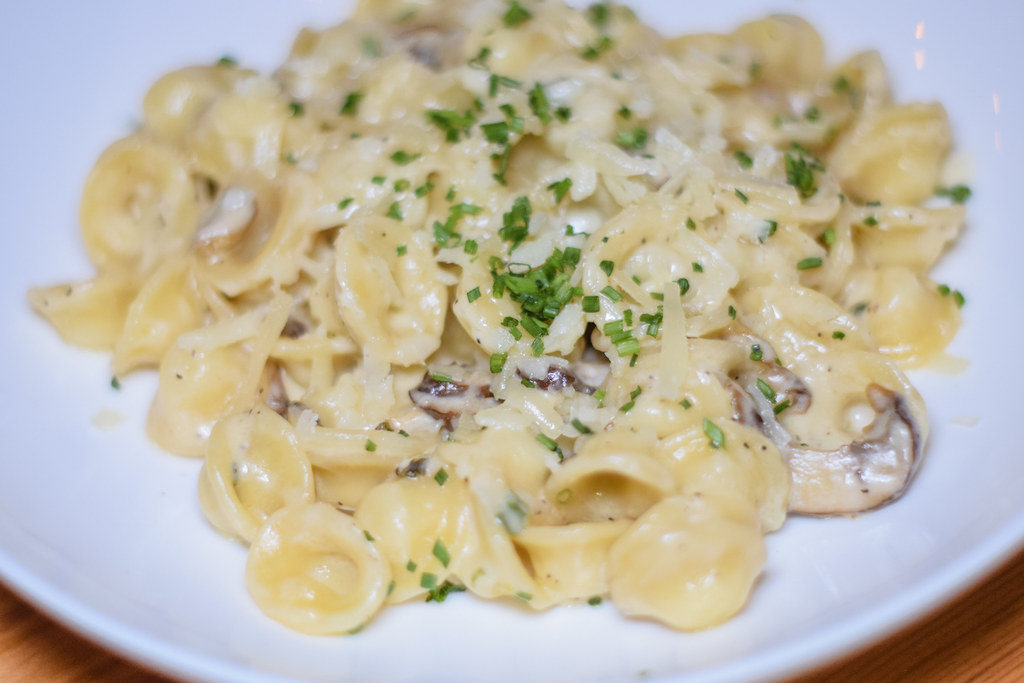 Last dish we tried was the Orecchiette pasta. 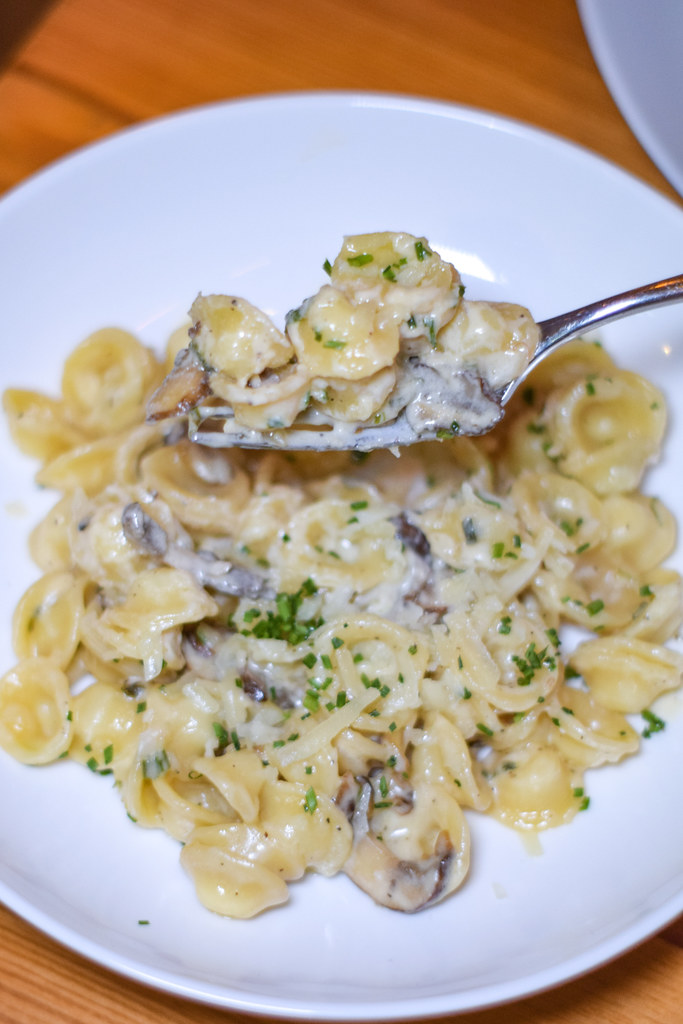 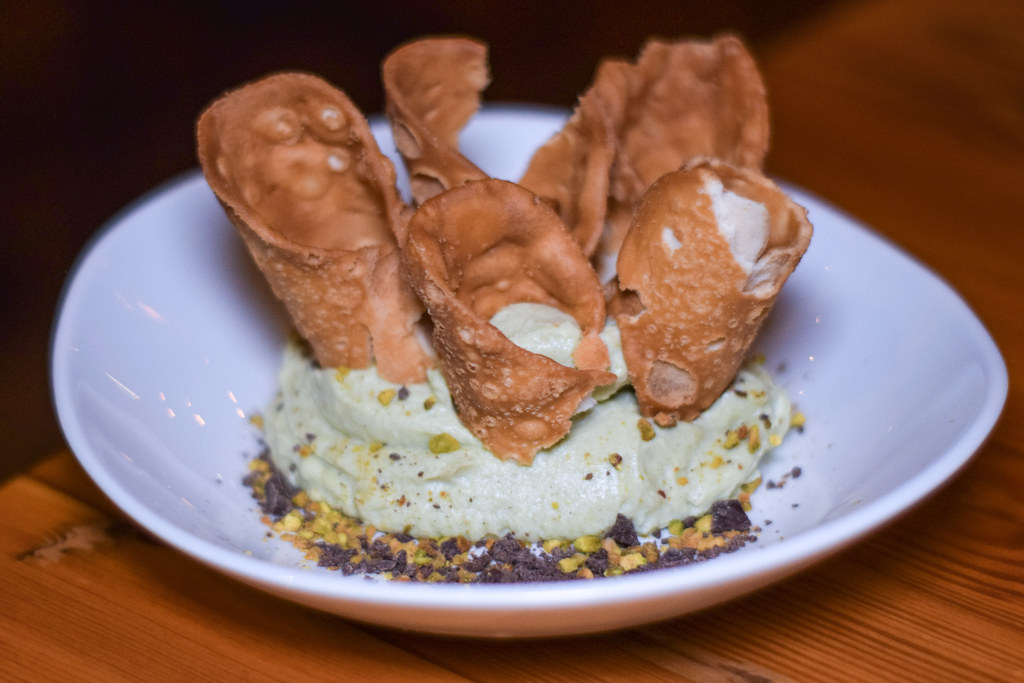 We finished the night off with the Broken Pistachio Cannoli. The base was a bed of pistachio ricotta cream with dark chocolate bits and chopped pistachios. On top of that was slightly stuffed cannoli shells, which were the perfect dipping vehicle for the pistachio cream. Definitely one of the more ingenious ideas for dessert.