Alright, so let me just cut to the chase here. If a place is literally rated #1 on TripAdvisor (#1 of 255 things to do for Nightlife in Philadelphia, for example), along with having 99% of 5.0 star reviews, you have to fucking do it. 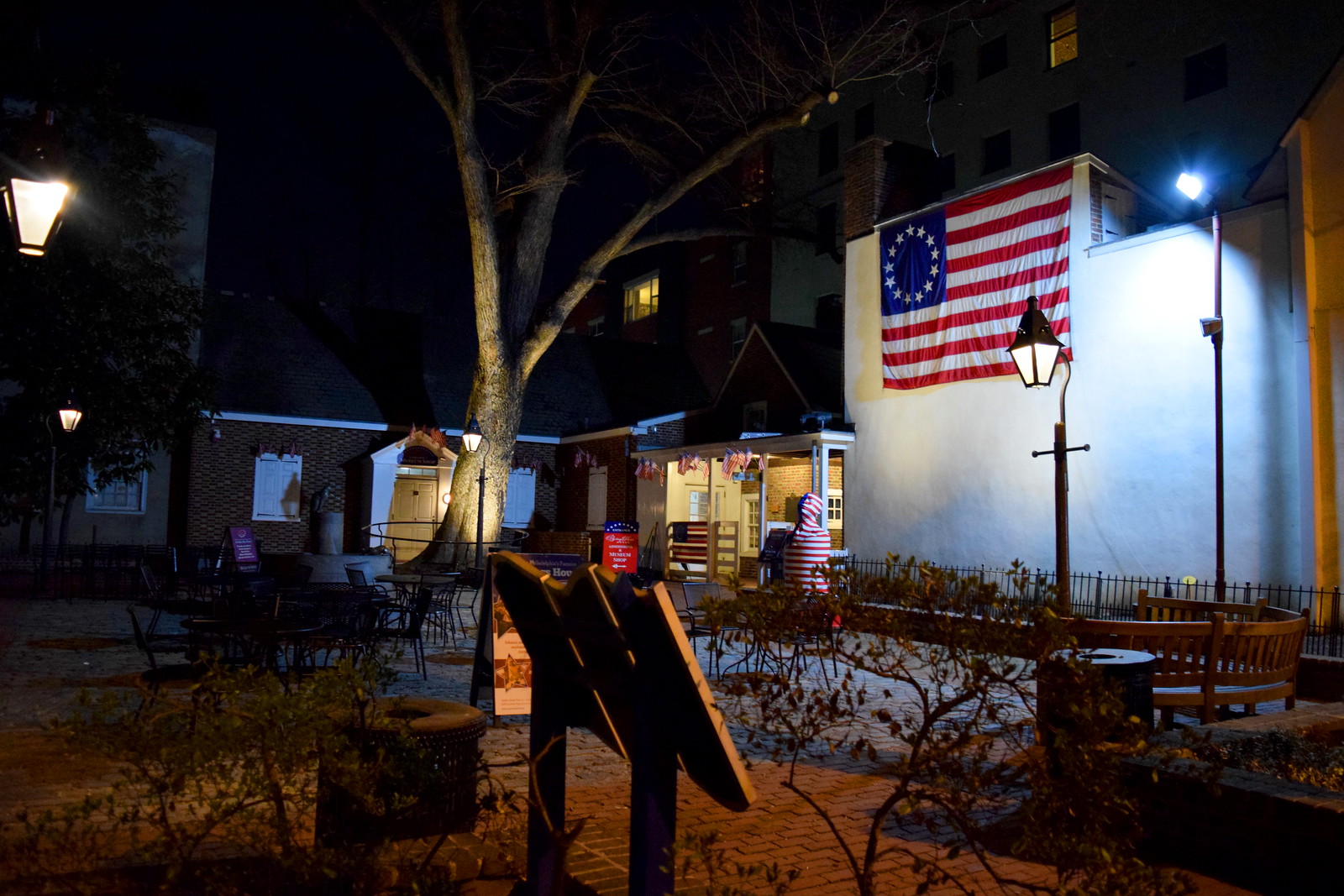 I reached out to Tim, the owner of Founding Footsteps, inquiring about availability dates while we were in Philly. The tours for the most part operate from a trolley where your history lesson is filled with laughter, knowledge, and beer.  He had an opening that Saturday, but unfortunately we couldn’t make it that day. I was so disappointment, but Tim went out of his way to make sure we could have a private tour instead that Monday! 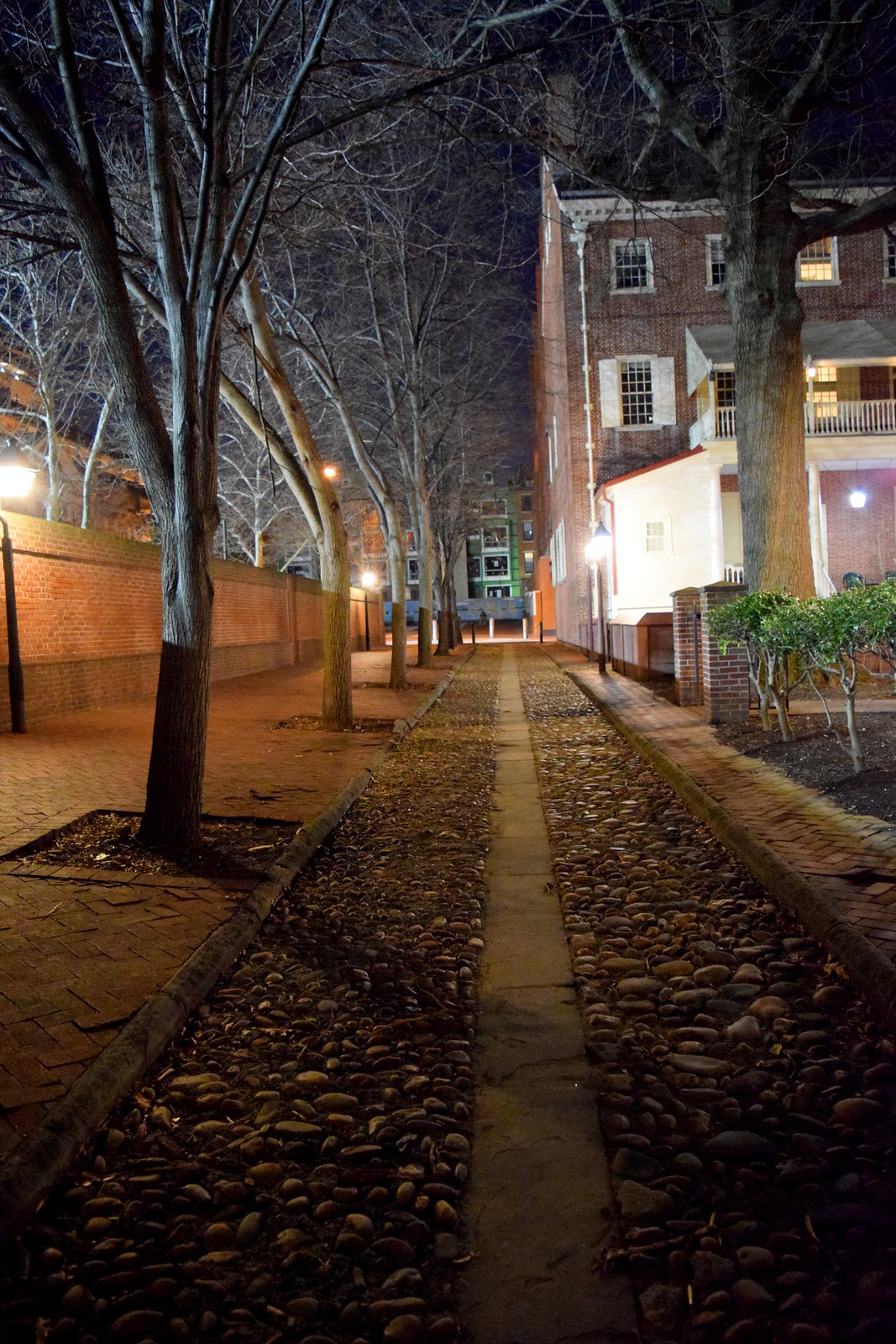 Prior to meeting up, he asked us what we were interested in or what we wanted to see. I said mostly just historical stuff and some food/drinks if possible (because other reviews on TripAdvisor mentioned this). He replied – and I quote from his email to me – he was planing a “combined food, beer and history tour”. Like, could there be anything better? 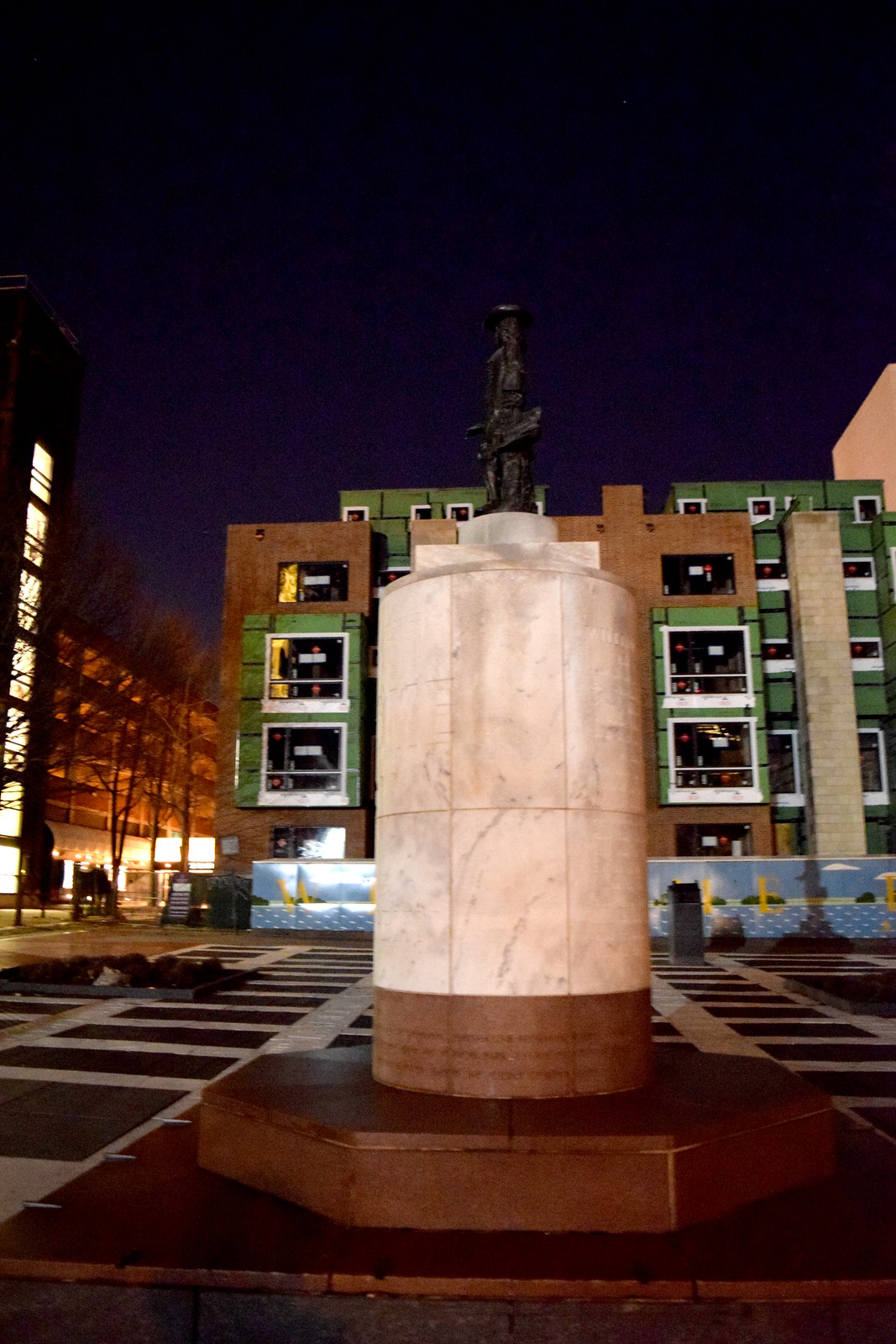 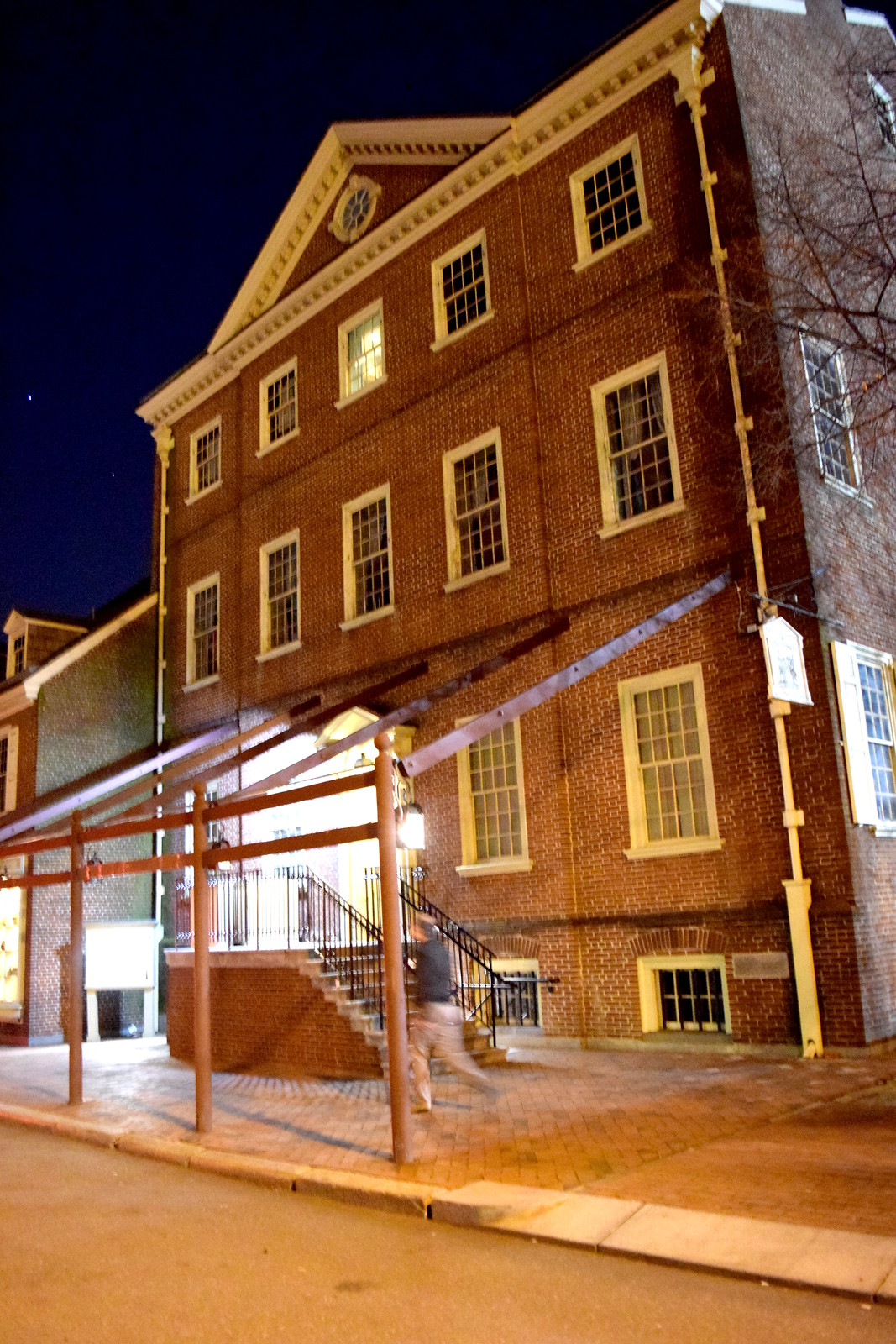 He graciously picked us up from our hotel, where we met his wife and adorable son (no seriously, he never cried once and was the best travel buddy), and we were off. Along the way, he noted prominent architecture and historical figures while simultaneously driving. It never felt like you were being given a “tour”, which was very refreshing.

First stop was Paesano’s, a sandwich spot north of Center City. Although it appears to be just a typical Italian sandwich spot, the second you sit down and look on the “hall of fame” wall, you realize you’re in somewhere special. Graced by the presence of Anthony Bourdain and knowing the brisket here beat Bobby Flay in the Grinder-off, it’s clearly not your average sandwich spot. 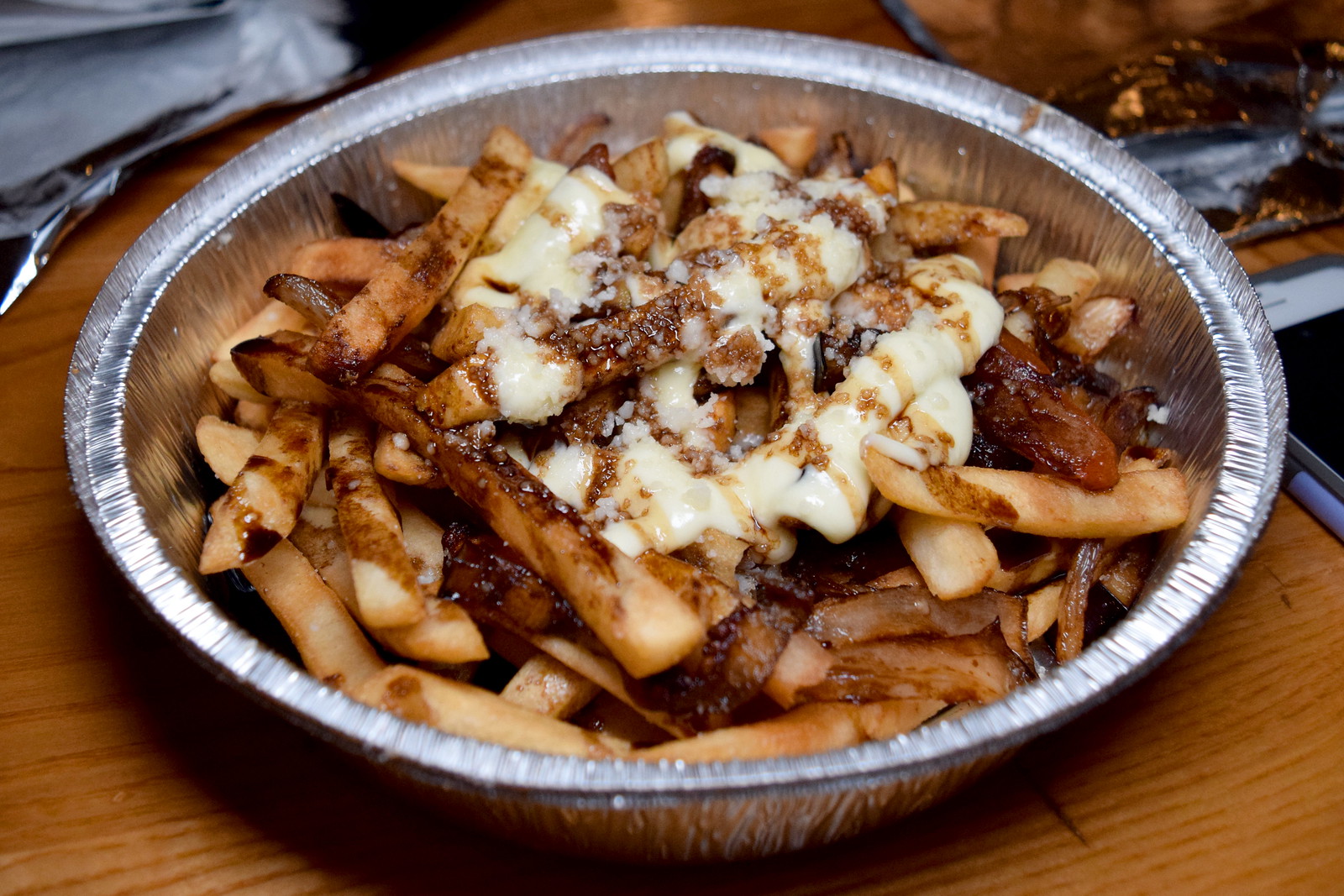 I’m not sure how this place wasn’t on our Philly sandwich list from the get-go, but it for sure is now! Since we were clearly the rookies here, we let Tim do the ordering. First up was the Tuscan Fries – french fries, julienned vegetables, garlic aioli, and aged balsamic vinegar. Like, what? I would never have thought to add the bitter balsamic and creamy aoili to fries – it is genius! 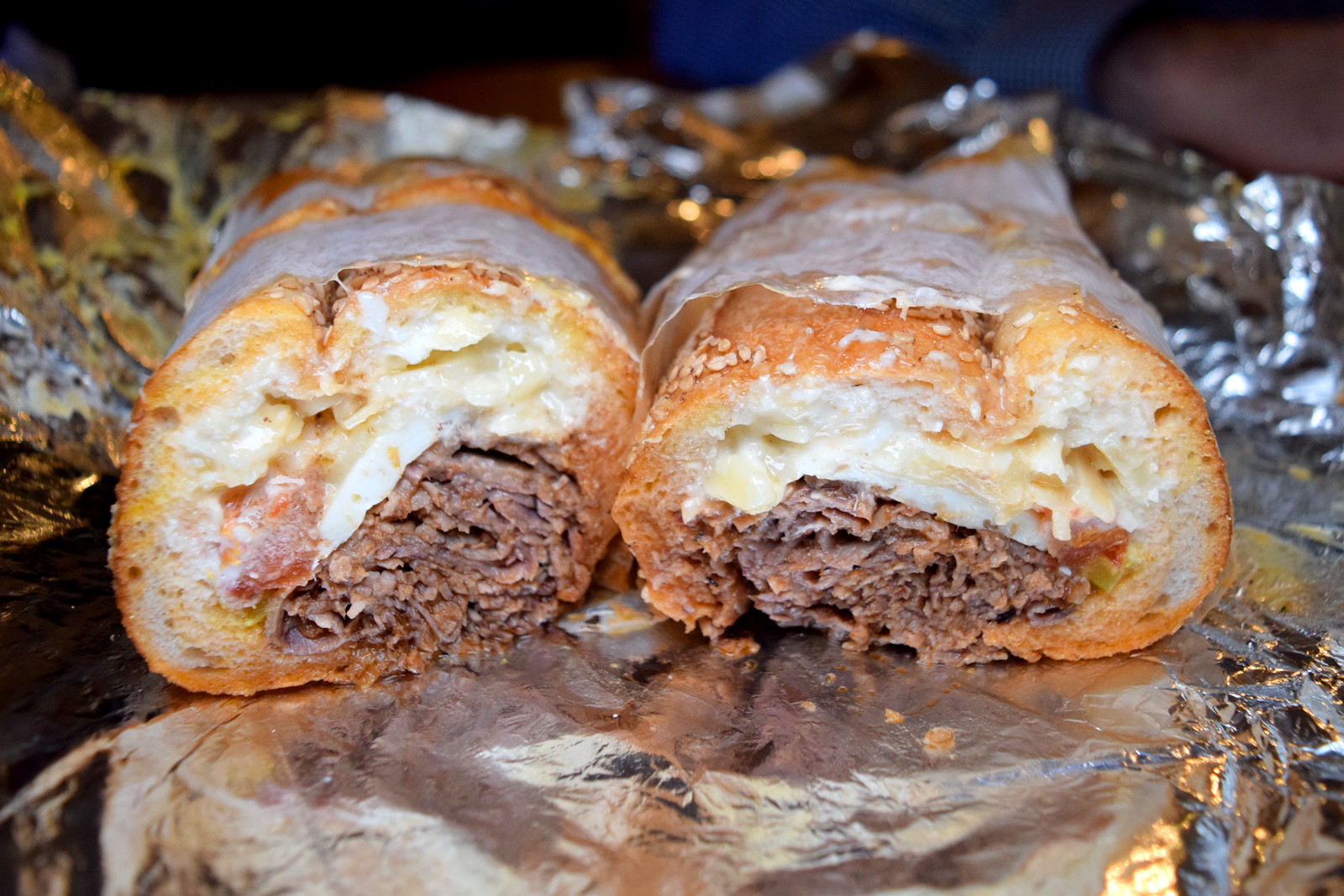 Next up were the 2 sandwiches that I think changed our whole Philly-sandwich game up. The original “Paesano” sandwich came with slow roasted brisket, horseradish mayo, oven-roasted tomatoes, hot peppers, and a fried egg. I don’t think I’ve ever said this – but you DON’T miss the cheese here. The slightly over-easy egg lent some creaminess to the sandwich, and the brisket itself was juicy enough on it’s own. Horseradish mayo and hot peppers are far from ordinary from a sandwich spot – which we absolutely appreciated. 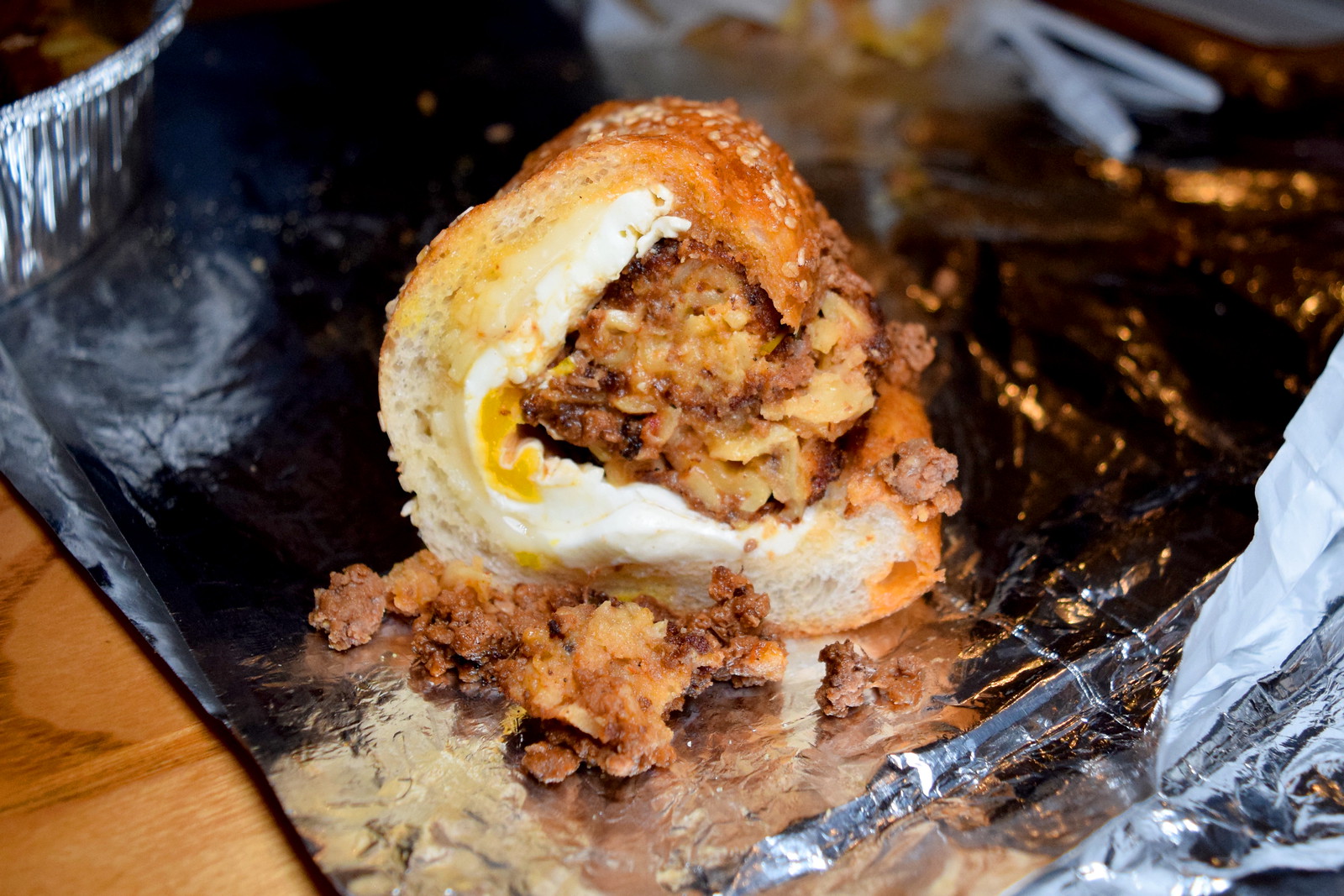 We also had the “Bolognese” sandwich, which doesn’t appear to be on the menu regularly. Luckily we were there when they did have it that day. Listen to this – it is: fried lasagna, bolognese, smoked mozzarella, and a fucking fried egg. Holy shit. I have no idea why this wouldn’t be a staple here all the time. If you think lasagna does not belong on a sandwich stuffed with a fried egg, you clearly don’t have any taste. This was probably my favorite thing the entire Philly trip. 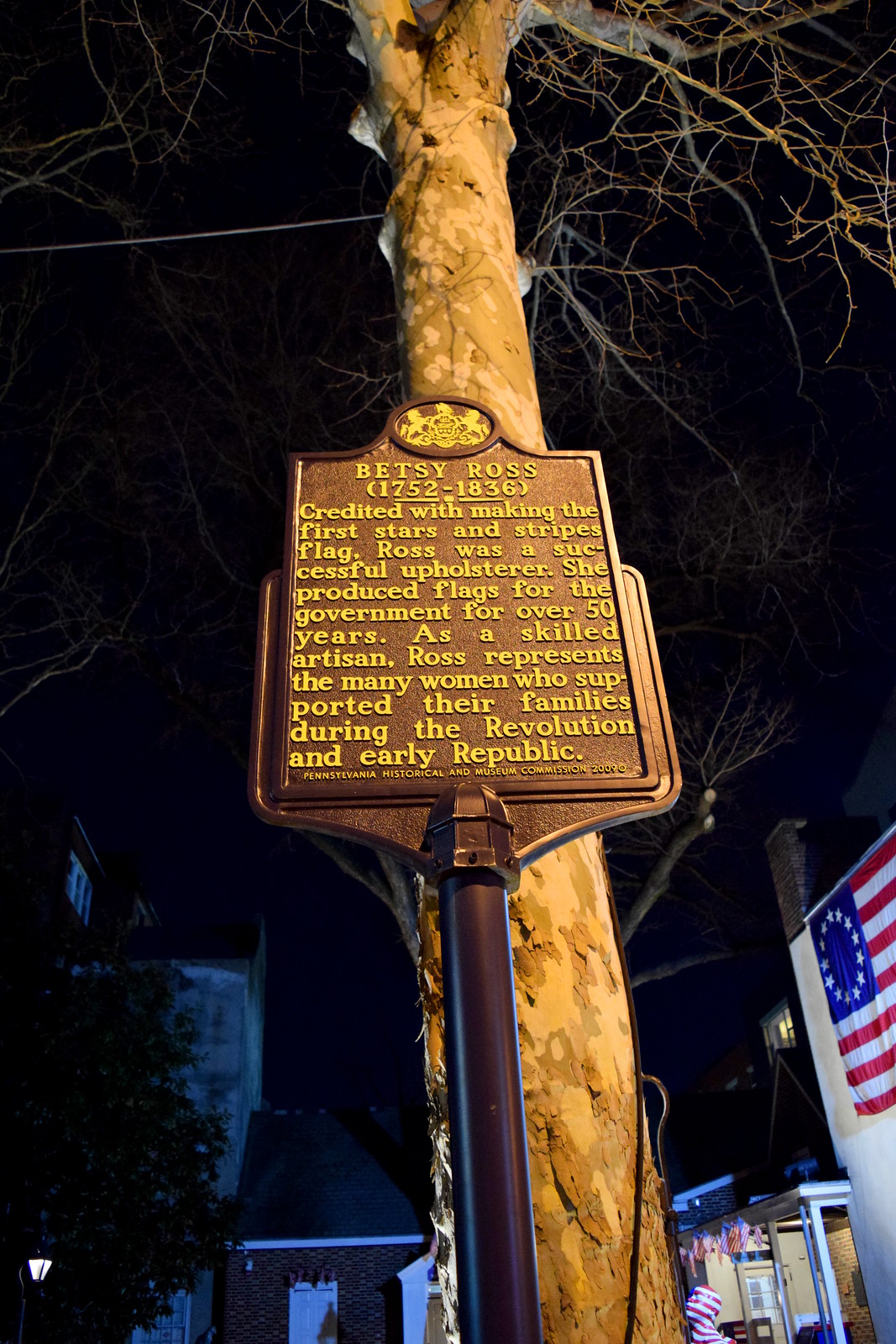 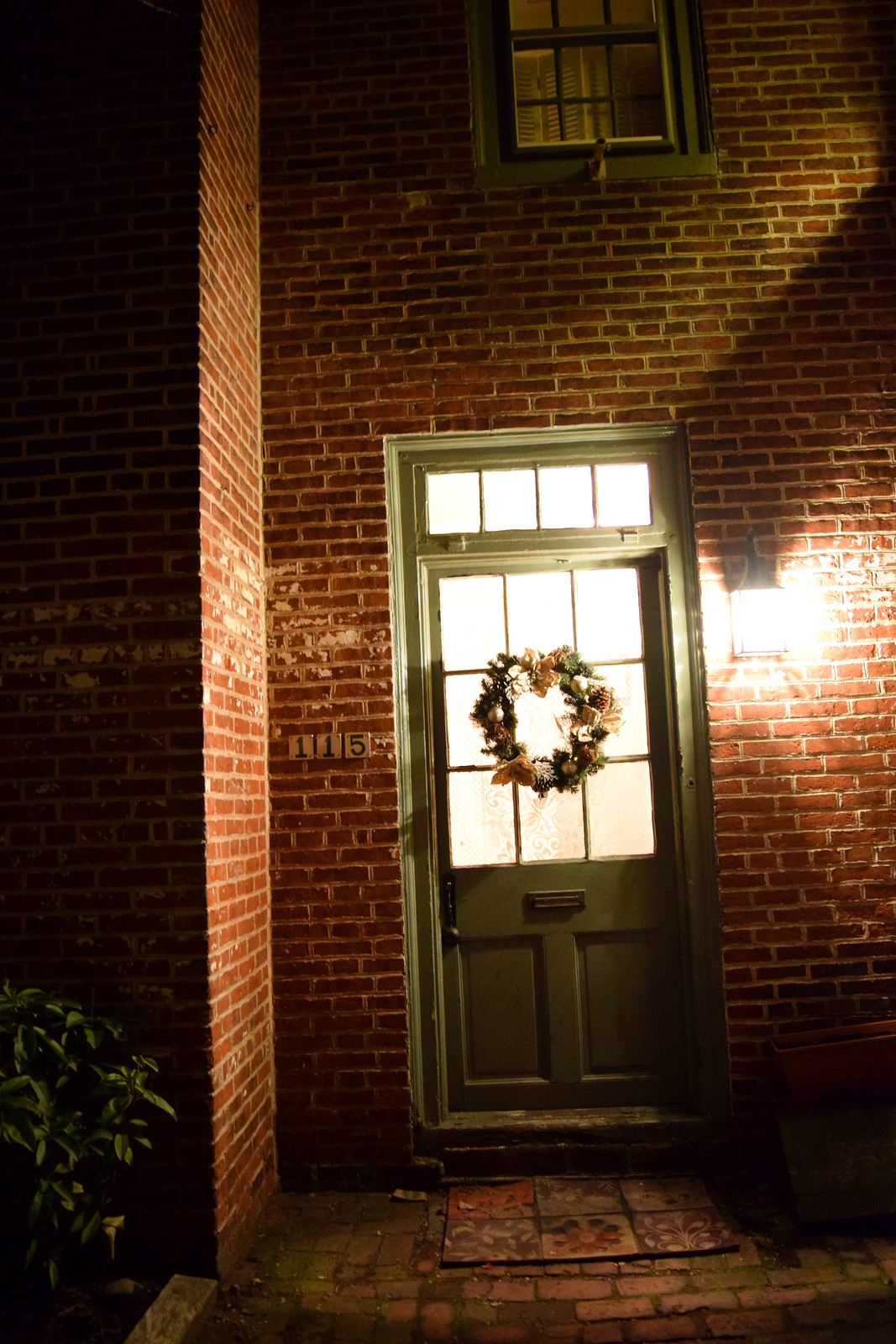 After our amazing meal, Tim took us back out on the road again where he pointed out certain historical monuments that may or may not have been known to tourists such as ourselves. Like, hey, did you know that the Betsy Ross house was probably never Betsy Ross’ house? Or that she probably never even did sew the first American Flag? Or, what is down all those little cobble stone-lined roads you pass all the time in Philadelphia? Well, after the city expanded after the Civil War, these “row houses” were the standard building type in the area, and even mentioned since 1891 in Harper’s Weekly. There are tenants currently living there – in the SAME houses – (as seen by the lights on in #115), so just don’t be a dick when passing through. 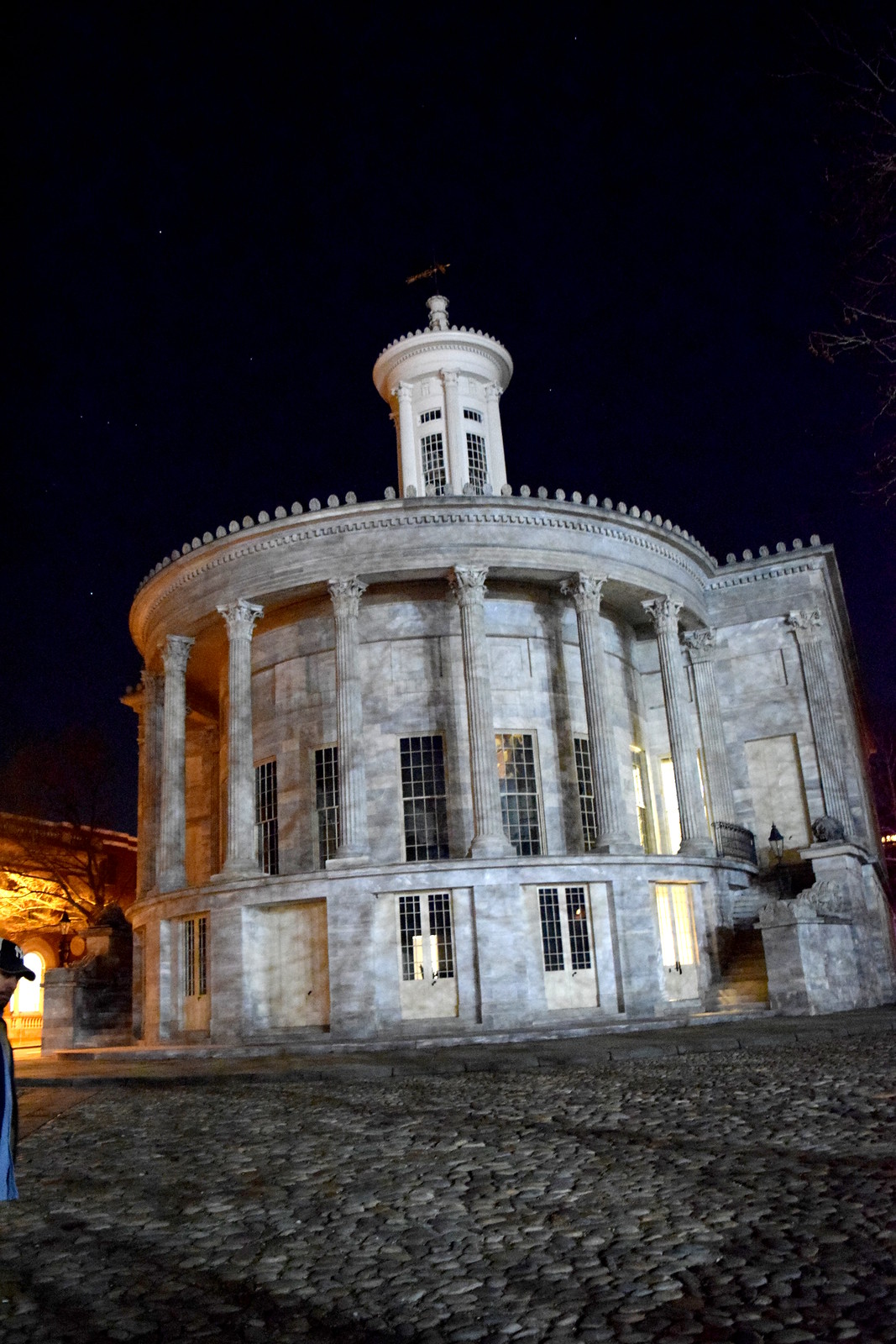 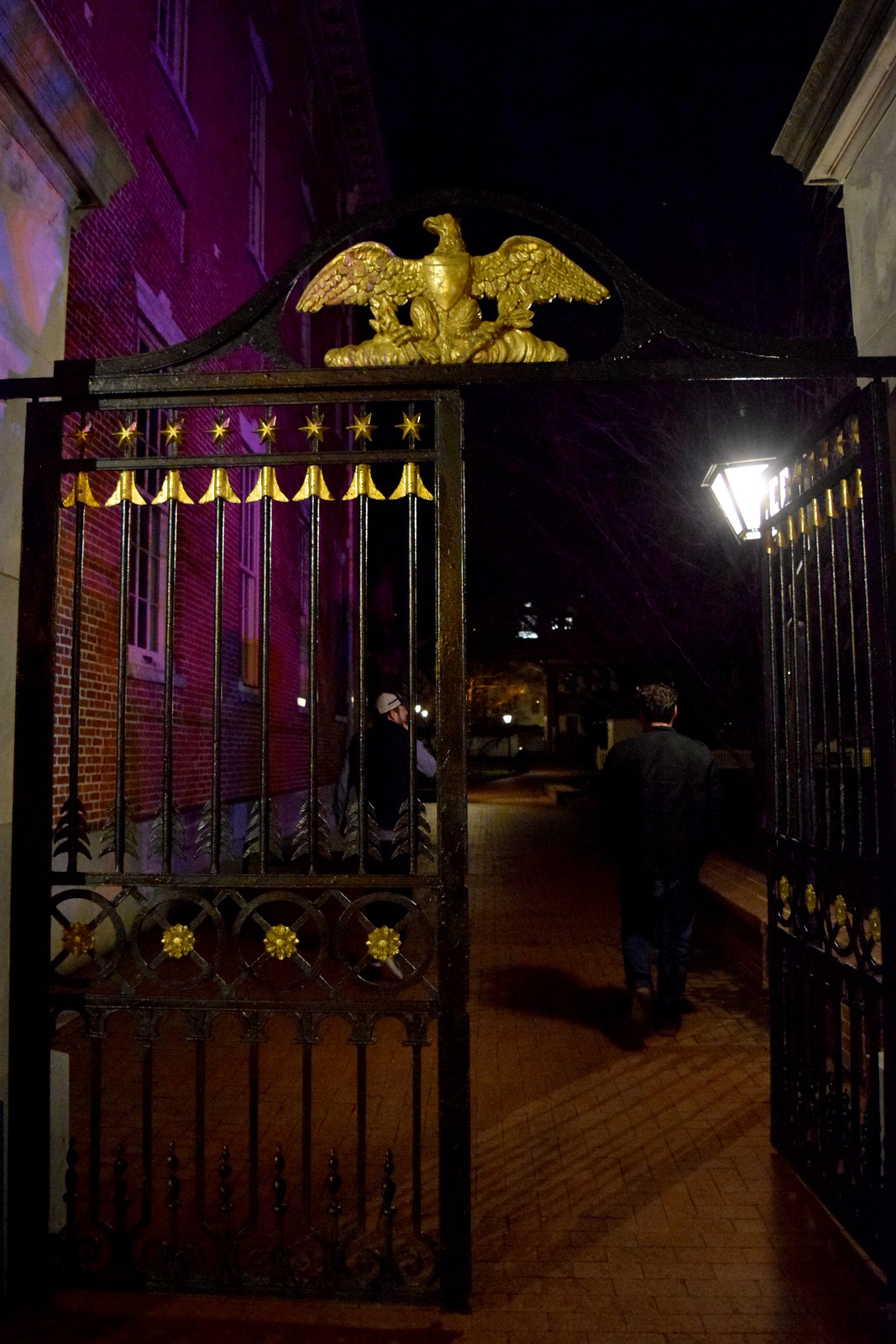 He later pulled the car over and gave us a quick run through of the main monuments and statues in Center City.  Like, we were really running through while he gave us the most brief yet hilarious accounts for all the crazy stuff that has happened here. Probably the most fun way to learn history. 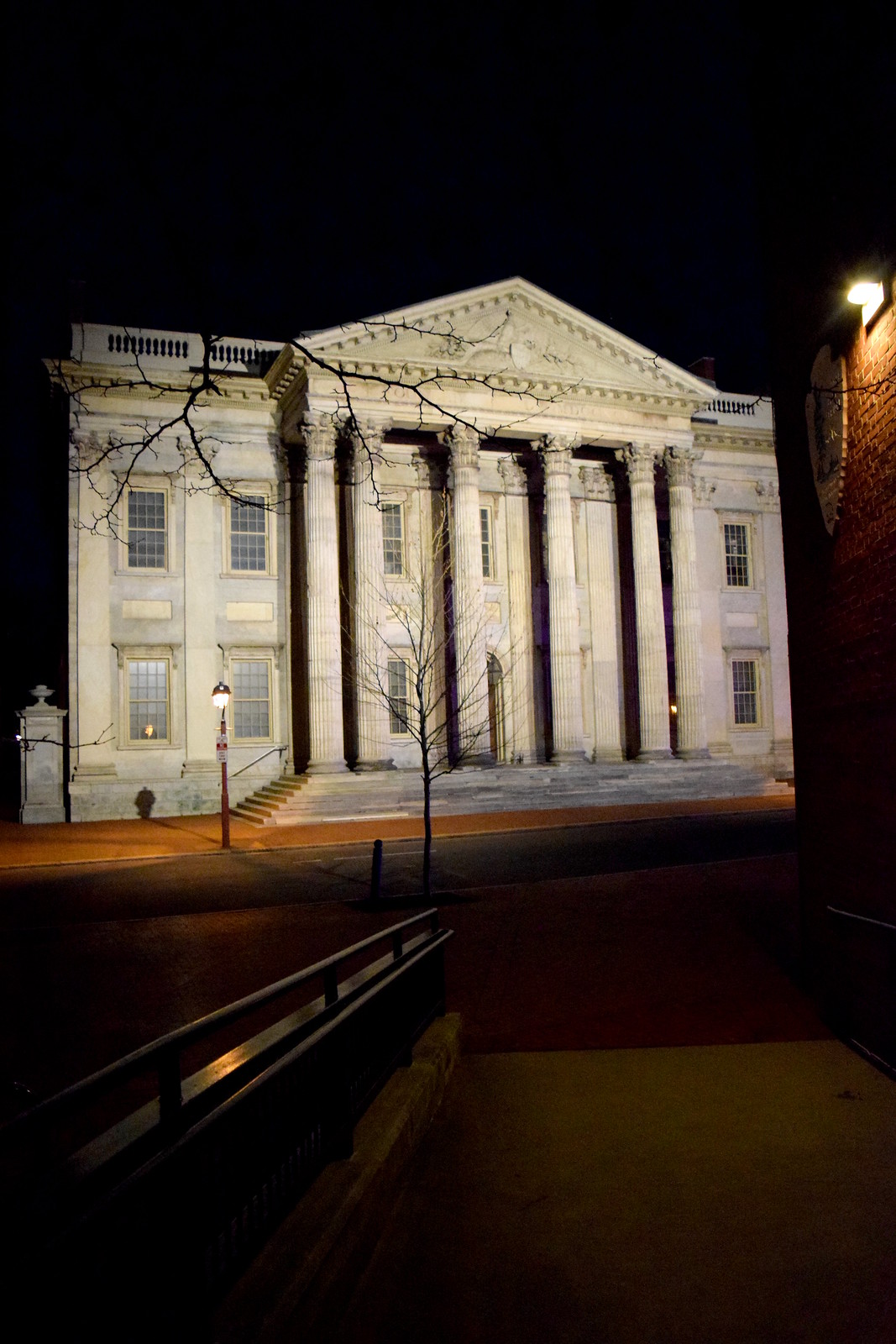 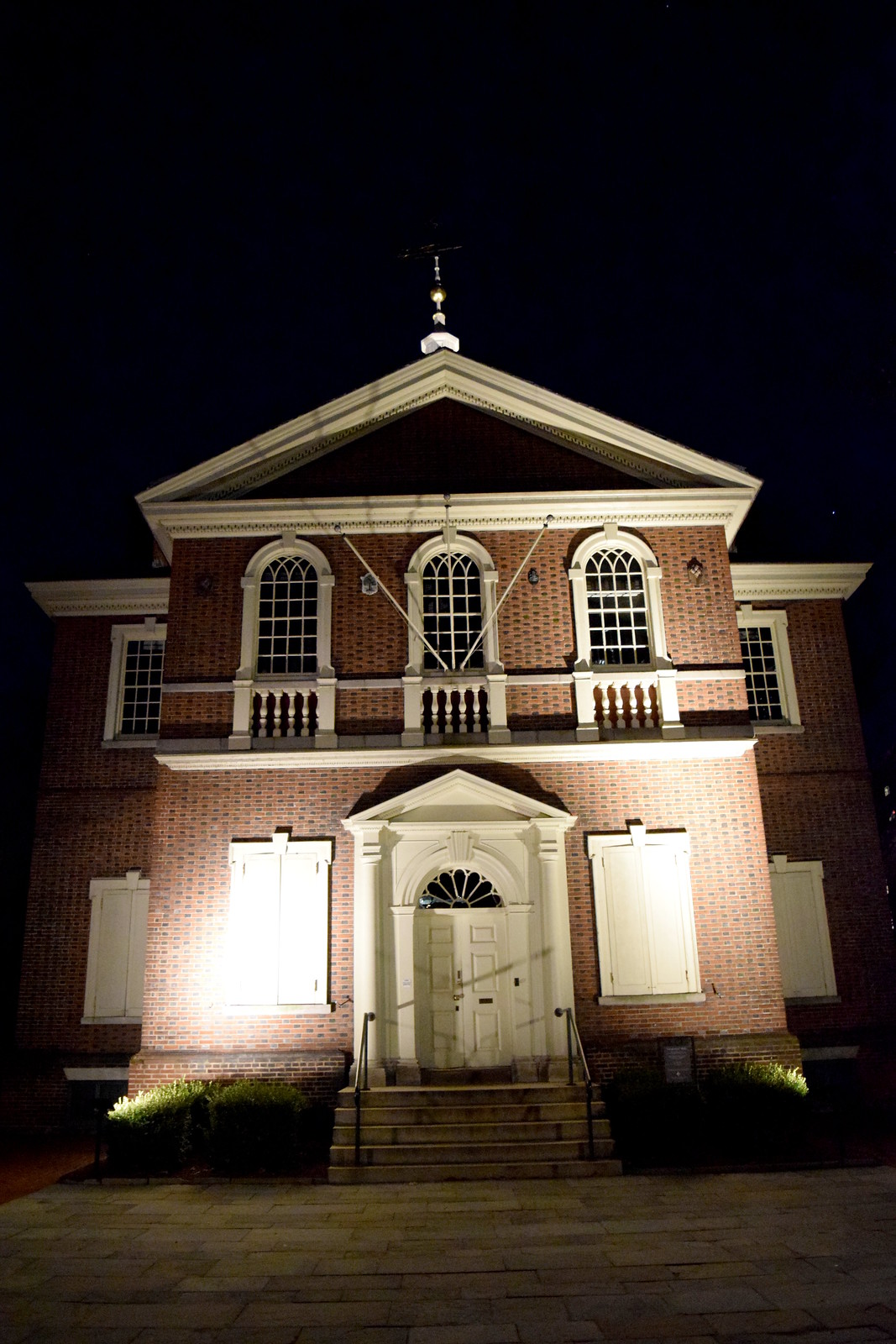 If you’re looking for a stuck-up tour guide repeating a written speech to you, then Founding Footsteps is not for you (trust me, I’ve had sooo many guides like this in the past). But if you want someone who speaks to you like you’ve been friends forever, and someone you can make jokes with, *WHILE* learning about historical stuff, then this is definitely for you! 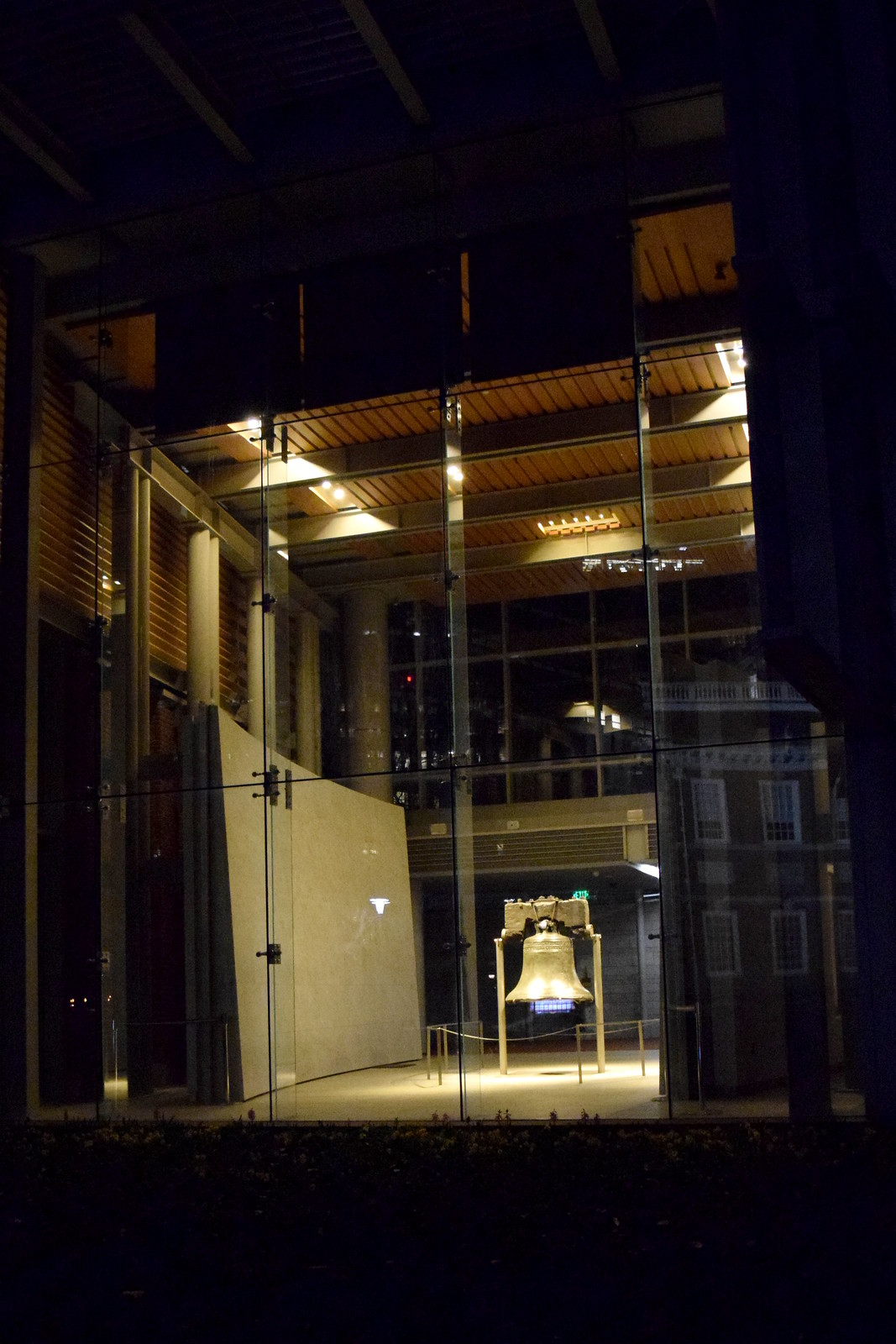 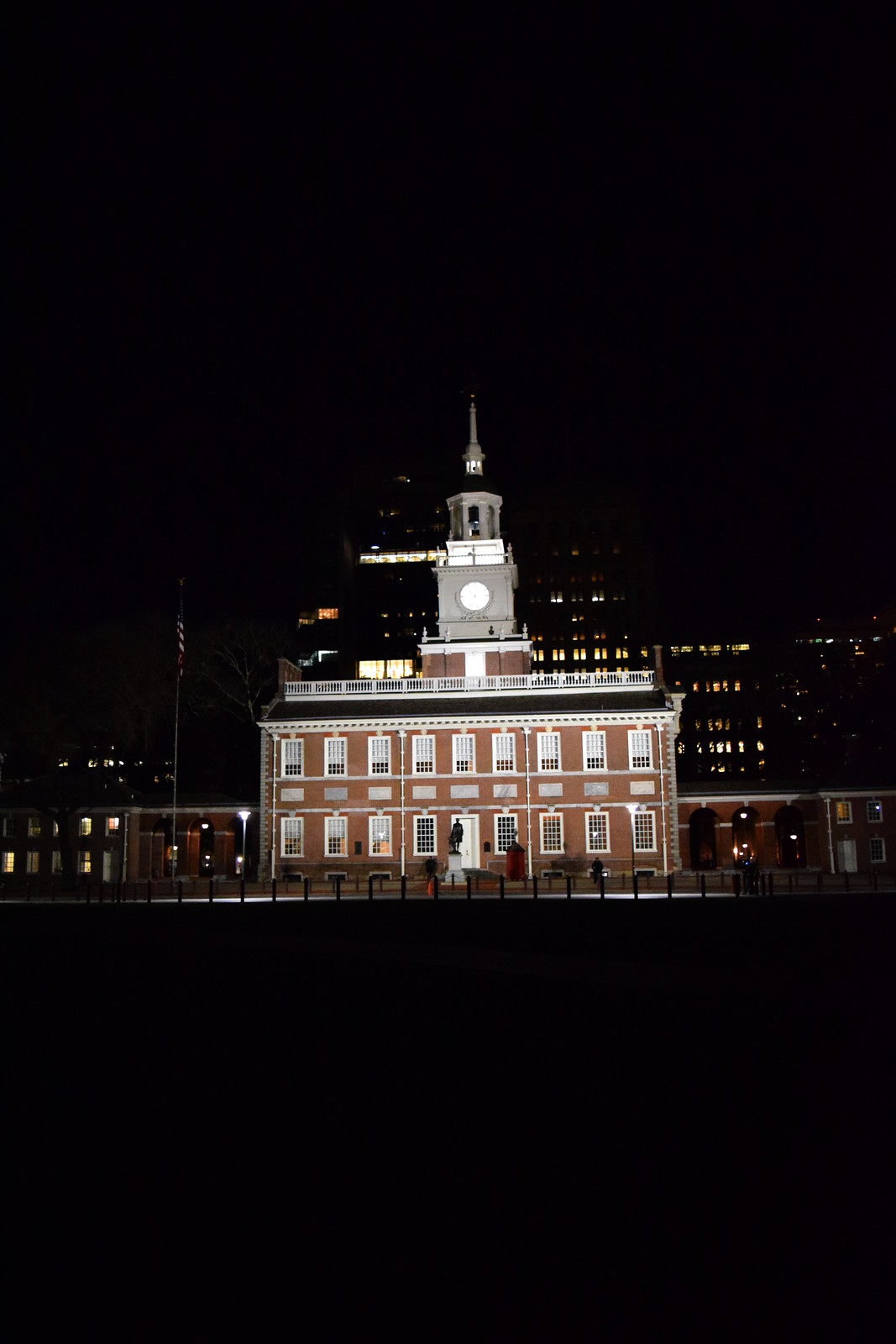 Tim is not only beyond-knowledged in anything Philedalphia (I dare you to test him!), but he is pleasing and hilarious to be around. Oh yeah, the Liberty Bell, NBD. We saw cooler shit with him that night anyway. 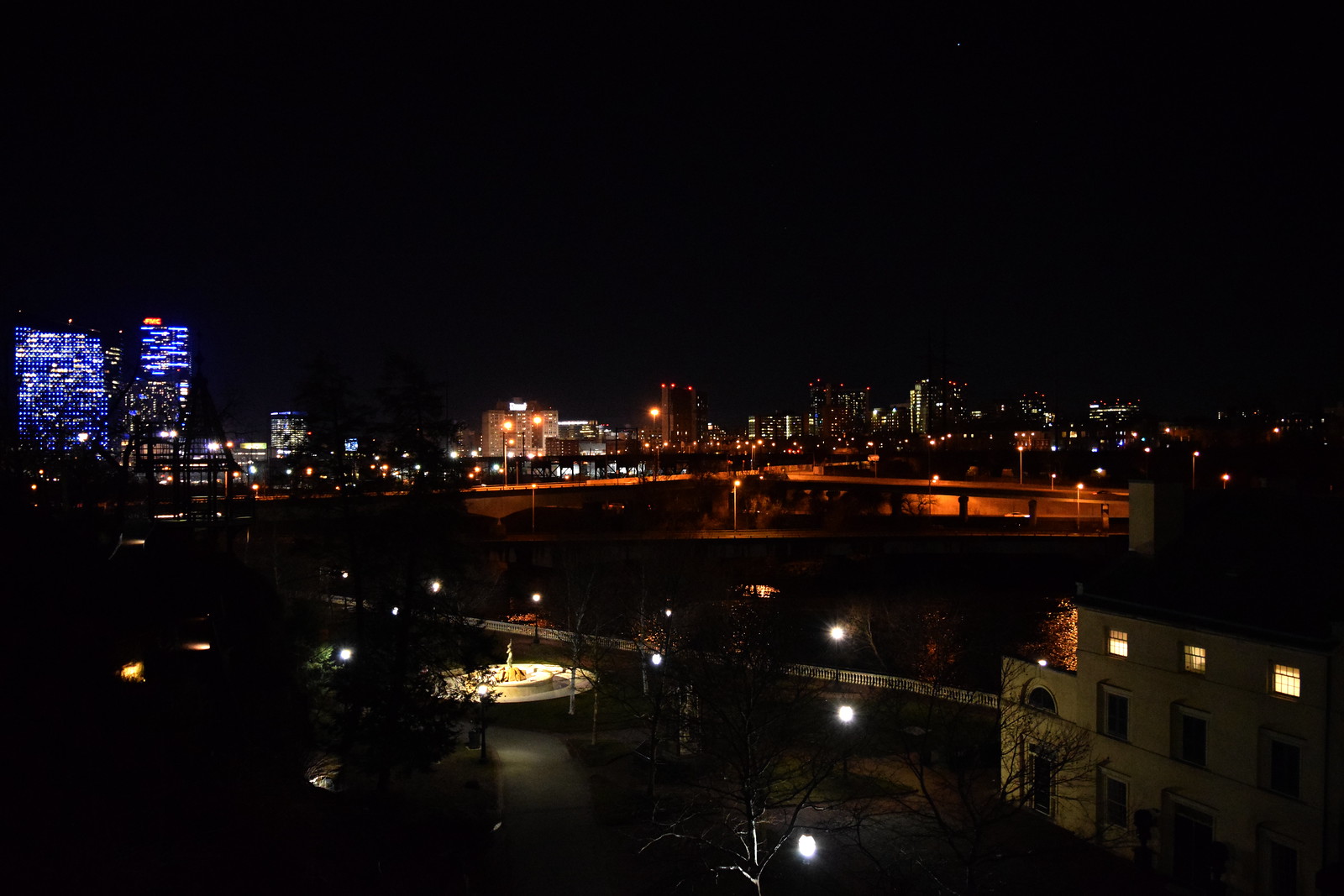 My only disappointment was that I couldn’t be a part of the BYOB trolley tours he gives. BUT – I will make it a point to hit that up next time I’m in Philly and I can only imagine my review would be just as raving as it is now. Thanks again to Tim and Abbie (and Ben!) 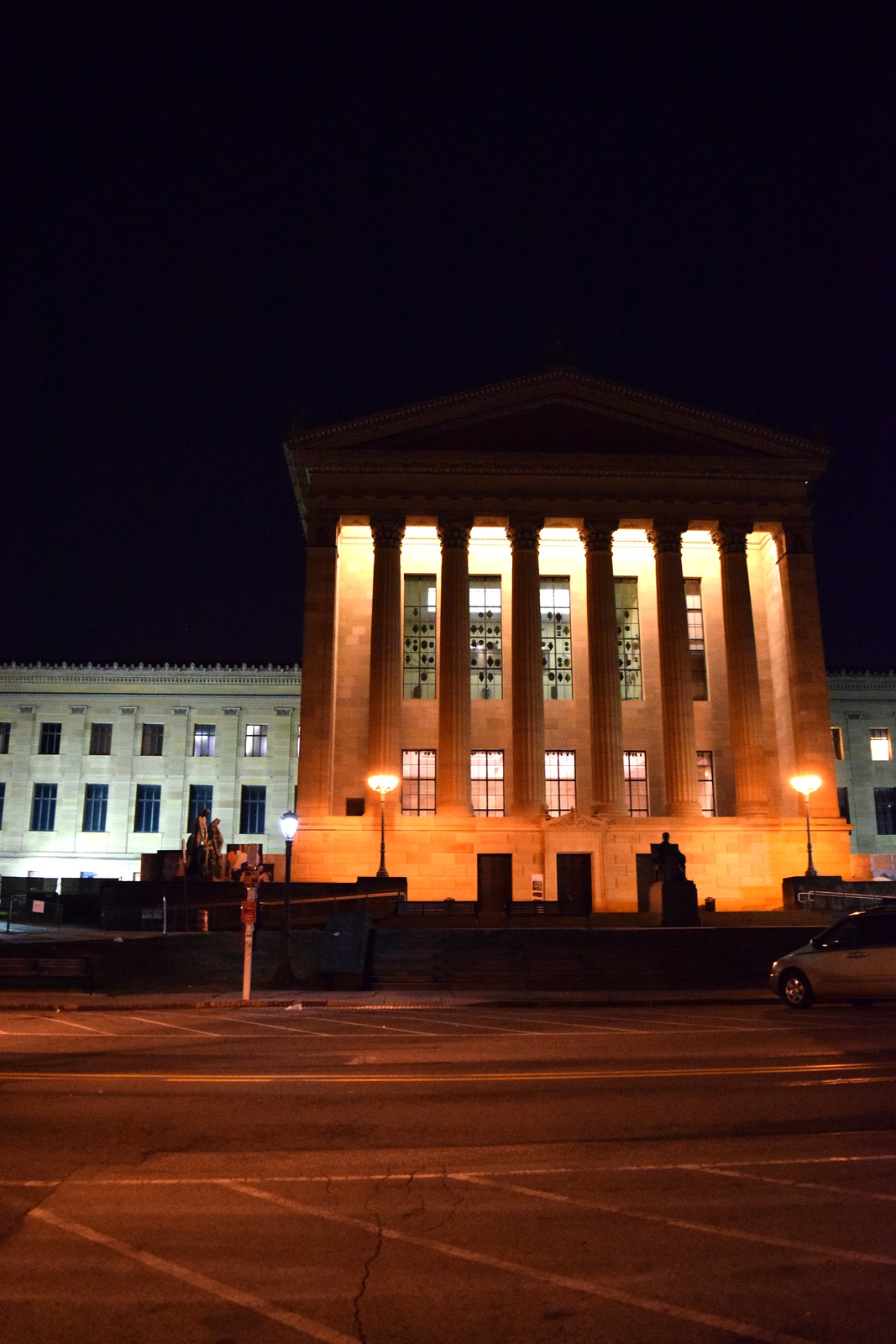