Making homemade pasta dough isn’t as arduous as it seems. Give yourself about an hour, either have a pasta rolling machine or a very strong man, and definitely pour yourself a glass of wine because you’re gonna need it when you inevitably fuck up. 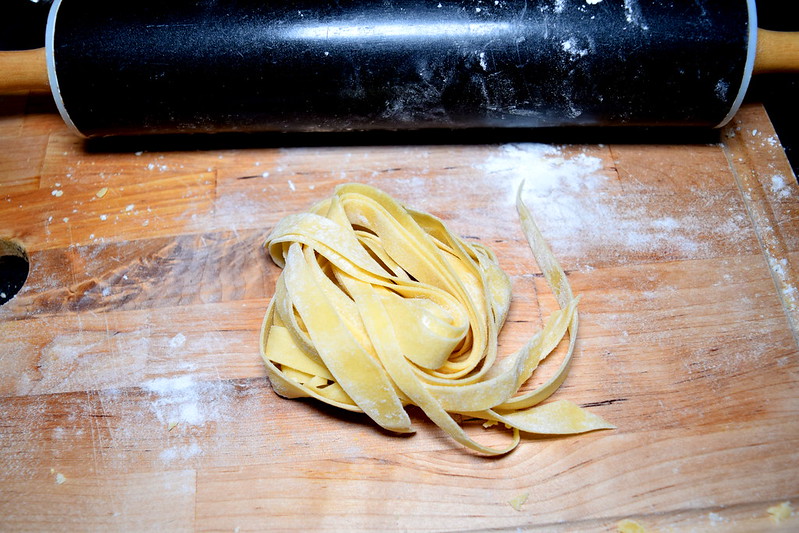 I’ve made homemade pasta dough only about a dozen times, trying different recipes here and there. I’ve come to the conclusion that I’ll never get my ratio right, but a good starting point is Bon Appetit’s Fresh Pasta Dough. 2 cups flour, 3 eggs, and a dash of oil seem manageable enough for me. 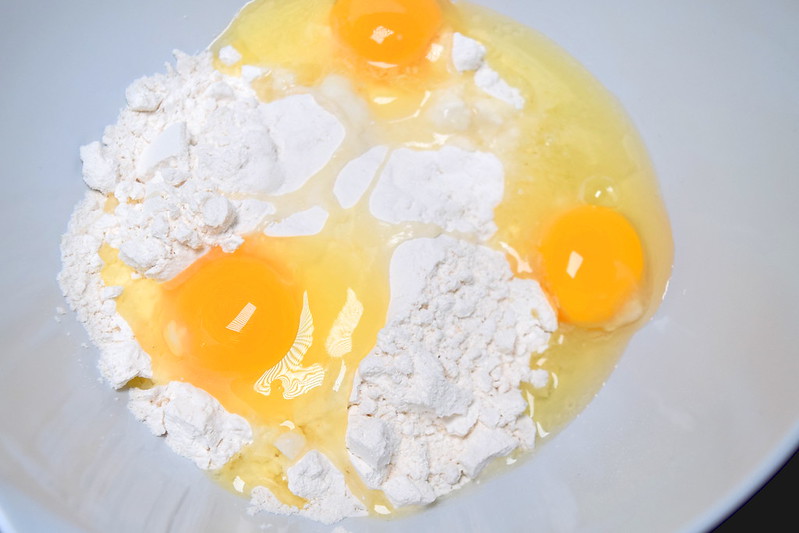 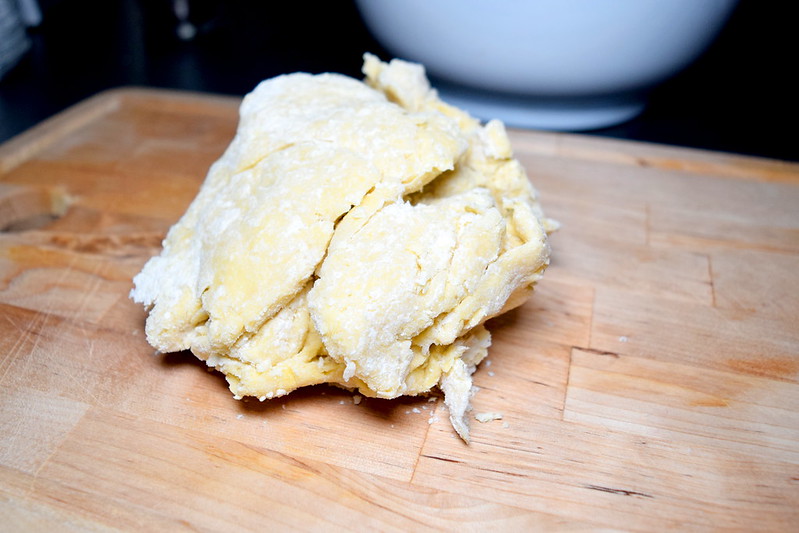 If you’ve never made pasta dough before (or any dough for that matter), you will probably find the process of mixing and kneeding the bane of your existence. Like, if you don’t want to throw the dough out the window, I would be worried for you. It’s such a pain in the ass, and it’ll seem like the ingredients will never form together, but it takes time and practice (and wine) – that is all. 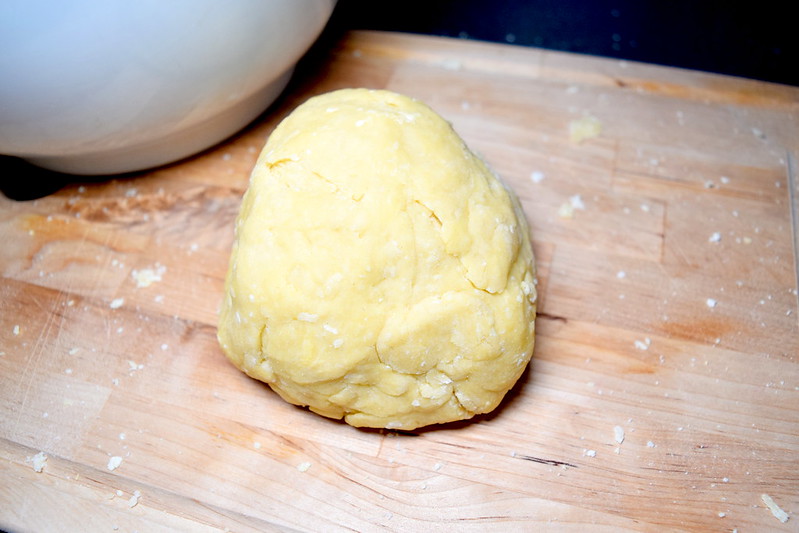 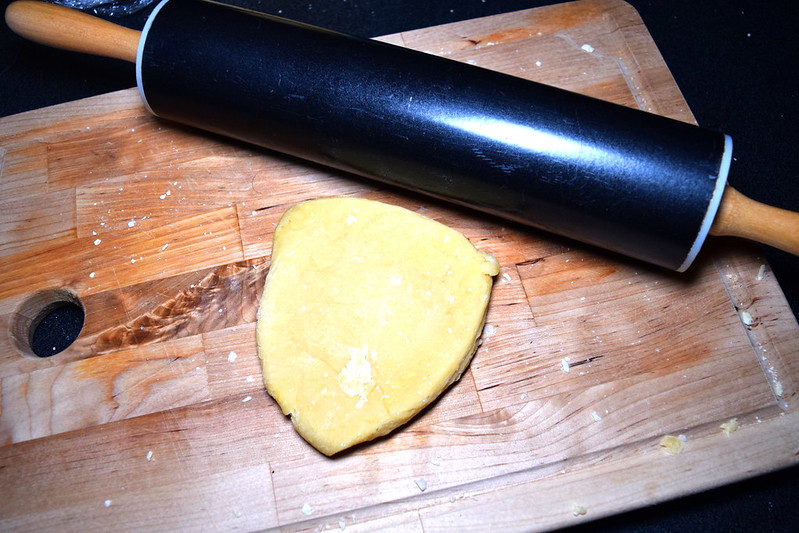 Eventually you’ll see the texture change to an almost polished shine, and the dough will slightly spring back when you push your finger in. That is perfect. Now wrap it in saran wrap for a half an hour and finish your second glass of wine. 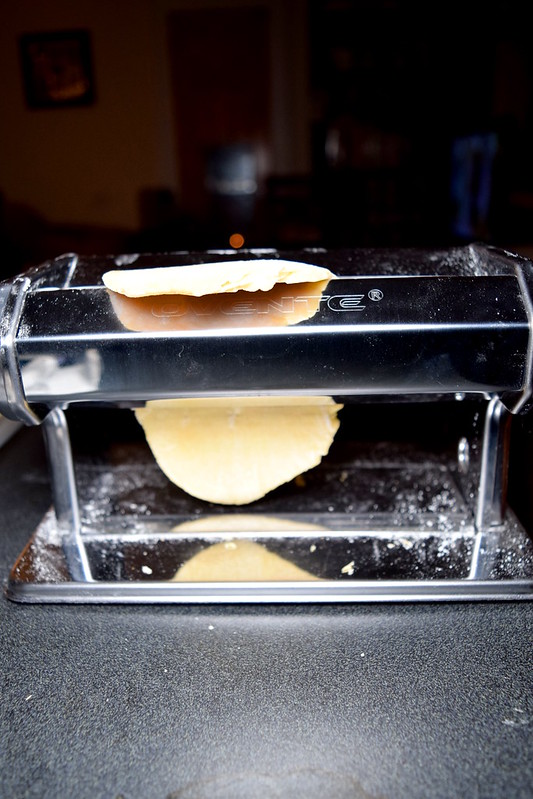 For me personally, I’d rather have smaller segments of dough to work with. If there’s too much dough, there is a higher risk for holes and stretching when rolling it out. And then you would have basically wasted your time for nothing. So for this particular recipe, I cut the dough in eighths and worked with each separately. 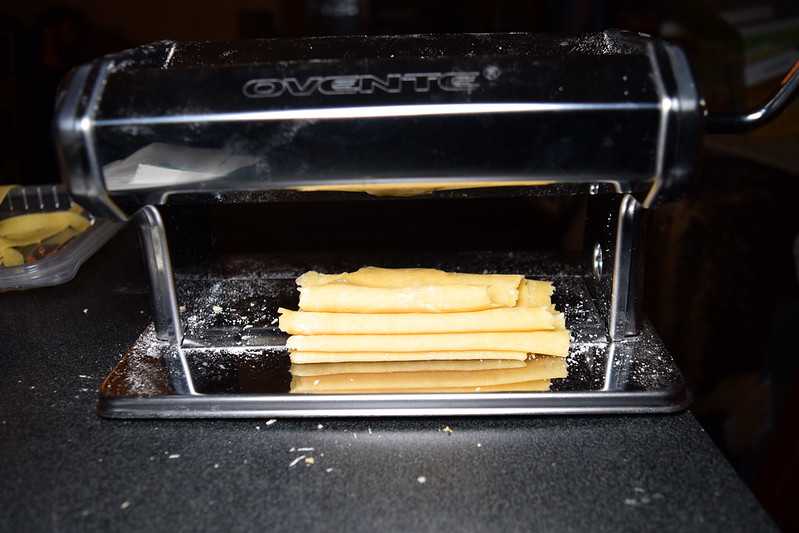 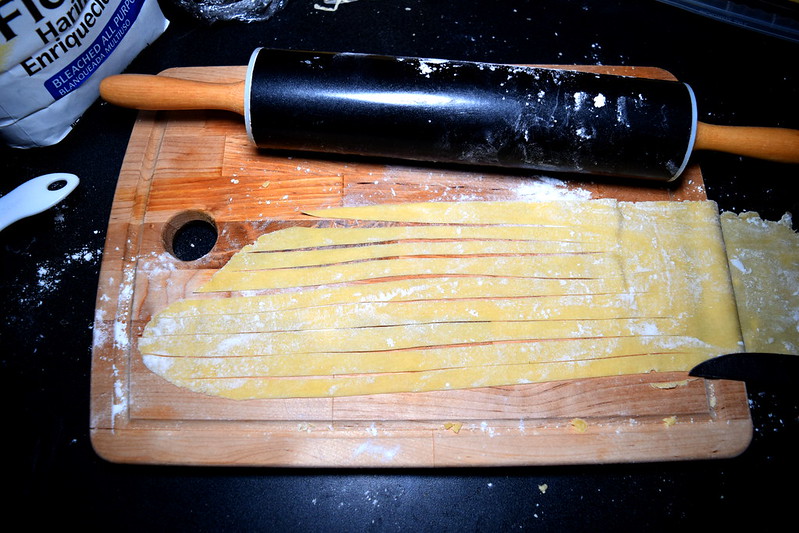 I’m using the Ovente Pasta Maker here – given to me by my boyfriend for Christmas which no joke made me cry like a baby because how cute is that!? If you don’t have a pasta maker, you would need to roll it out evenly with a rolling pin to the perfect width (which is 99% gonna be a challenge). That’s why I suggested having a strong man nearby, but hey, if you’re a woman and wanna do it yourself – by all means #GirlPower. 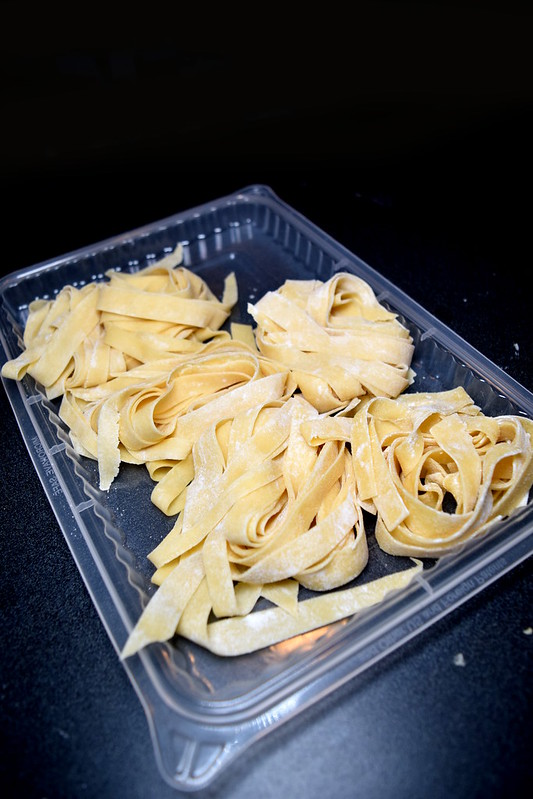 I roll my pasta dough to a width of #2 on the machine (I feel #1 is too thin and could get lost in the sauce). And from there just freehand cut your pasta. Pappardelle/Tagliatelle is usually what I go for. Especially which was hearty enough for the sauce I made here.

Want some help with making a sauce for this pasta? Check out my squid pasta recipe here.