I’ve always felt my sole purpose in life was to prove people wrong. Not like, with regards to myself – but basically just to make them feel stupid (I’m a bitch, I know). For example, my boyfriend adamantly insists he dislikes “beef stew”, despite enjoying numerous bowls of Goulash while in Prague. The fact that the two dishes are quite similar, just named differently, shouldn’t mean you’re not a fan. I therefore made it my mission to convince him otherwise.

(Also side note, never ask him for directions. Even if you’re not from NYC, you will feel like a genius watching him trying to explain which way is north or south. He is more often than not wrong and I absolutely love it.) 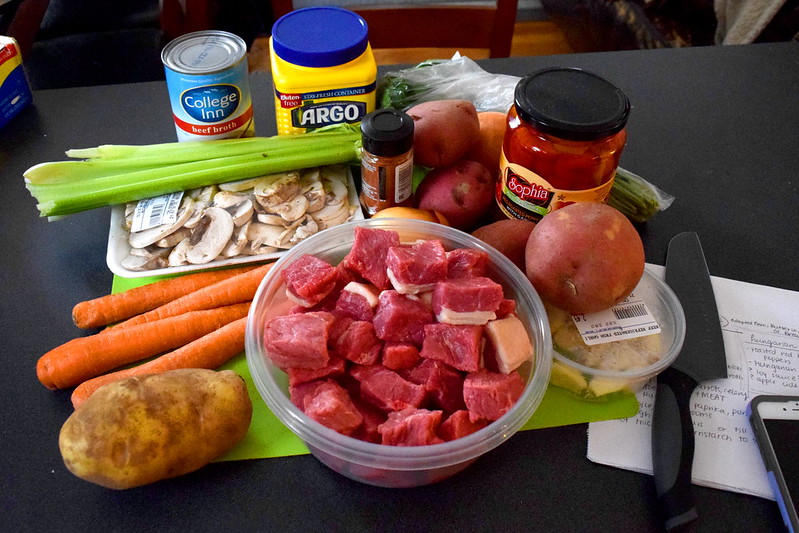 I needed a base recipe for beef stew, but I wanted the hints of the Goulash flavor we adored so much on our trip. I found this recipe from Butter with a Side of Bread and adapted it based on my needs, along with adding distinctly Goulashy flavors I noticed in other recipes. Roasted bell peppers and Hungarian paprika (which god knows why or how long I’ve had this in my pantry) were the main additional flavors. 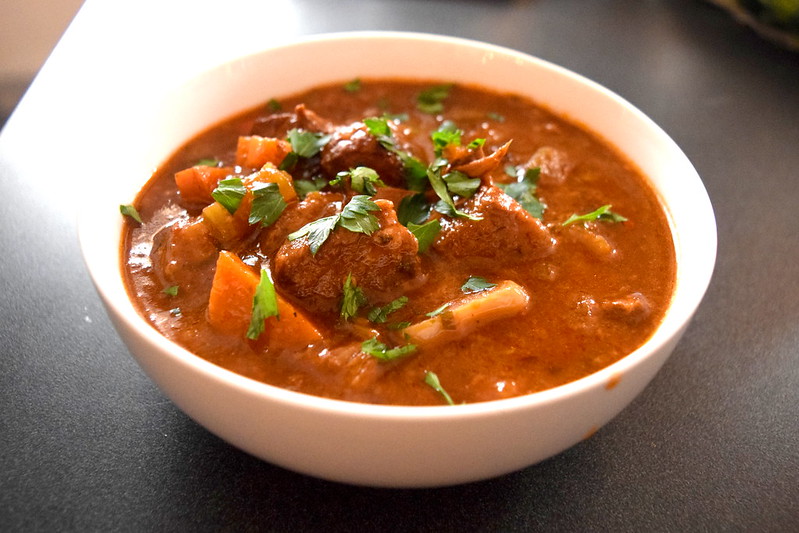 Since I’m on a Crockpot binge, it may be of no surprise that I chose this as the base recipe. It may however be of some shock that I veered off my usual no-extra-dishes-rules to comply with the searing process as was suggested. I too agree this is a crucial step needed to infuse the whole dish with an extra depth of beefy flavor. Trust me, just sear the fucking beef – you won’t regret it. 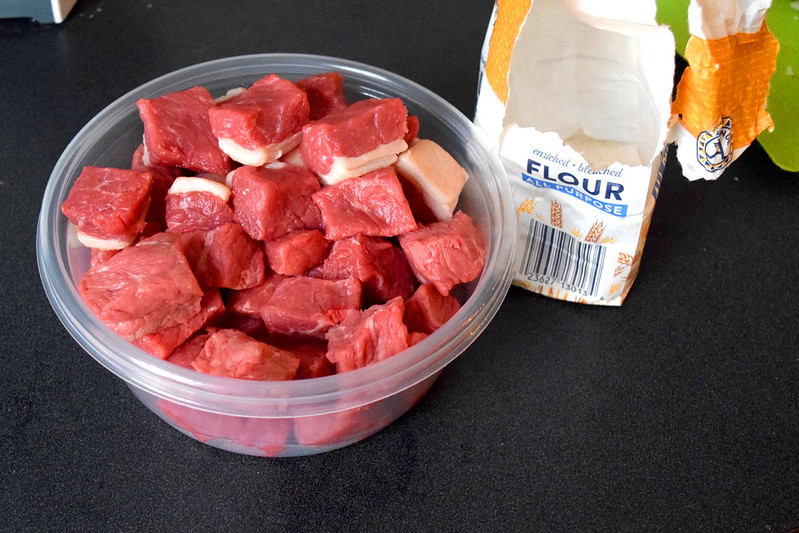 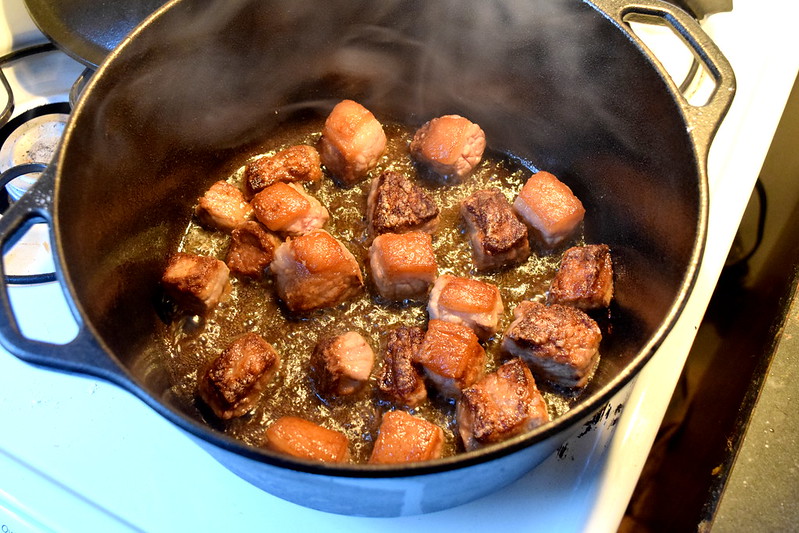 I pulled out my beautiful cast iron dutch oven (courtesy of my occasionally attentive boyfriend) and put that bad boy on high. While the oil was heating, I dredged the beef chunks in what little remaining flour I had left (cat owner probz). I do want to note that I probably didn’t buy the best type of beef for stewing (perpetually broke so chose the cheapest one), but when any cut of meat soaks in a sauce for so long in a Crockpot, it really doesn’t matter. Anything will be fork tender at that point. 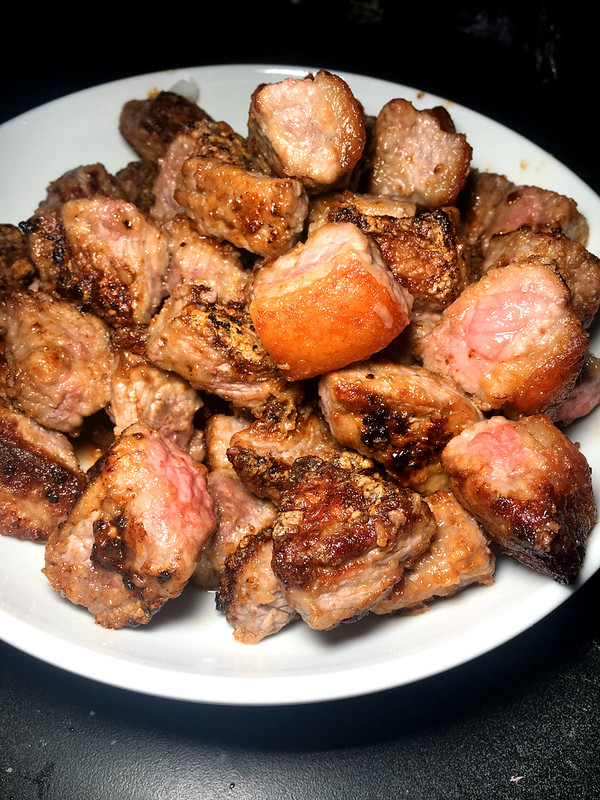 I made sure each side was perfectly seared with a crisp brown color. A few pieces had a tiny slither of fat which I chose to keep on for flavor and because, like, why would you throw away fat? I set the beautifully browned nuggets to the side (make sure the center is not cooked through – just brown the outsides!) and kept the residual fat in the dutch oven. That, my friend, is all the meaty flavor we want here. I sautéed the onions in the beef remains until translucent, then added the beef stock to pick up all the leftover flavor. 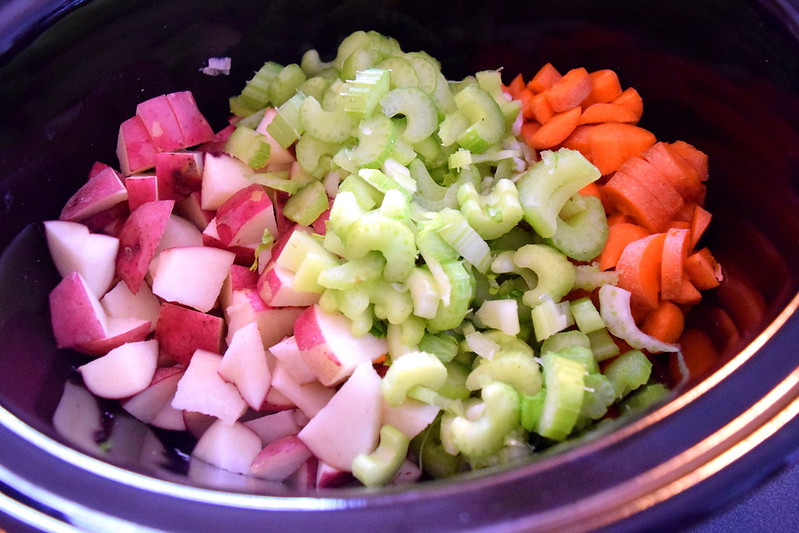 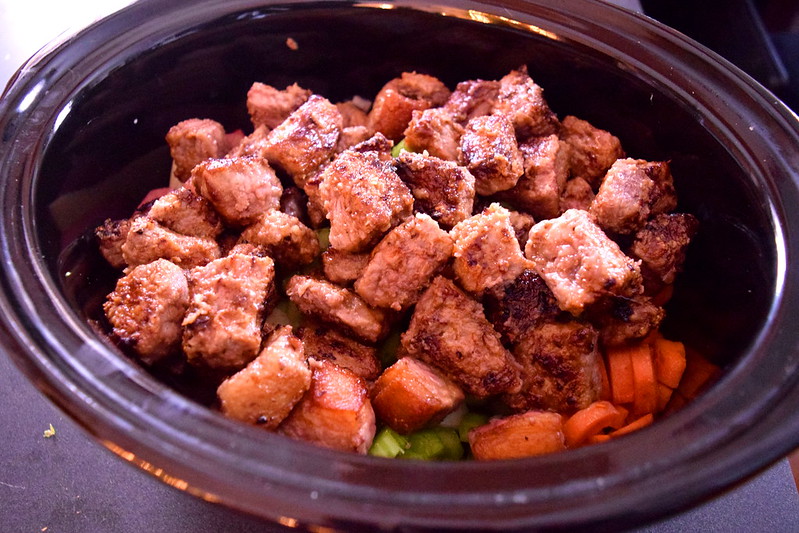 And everything is pretty self-explanatory from here – legit just dump all the shit in the Crockpot with the vegetables. I did add some whole garlic cloves (cut in half) because I was a dumbass and forgot to sauté them with the onions. Buttt, the cloves almost melted into the tomato sauce once cooked and the sweetness of the garlic really permeated, so that was def a plus. I also added some pepperoncini I saved from being thrown away during Christmas dinner, but I suppose any roasted bell peppers will work (I even added some of the brine which I would suggest as well). And of course, Hungarian paprika. And lots of it. While regular paprika is merely used for dusting the tops of deviled eggs for whatever odd reason, Hungarian paprika has a nice sweet mild flavor that actually has some depth (probably more so for the fresher stuff, but ya know). 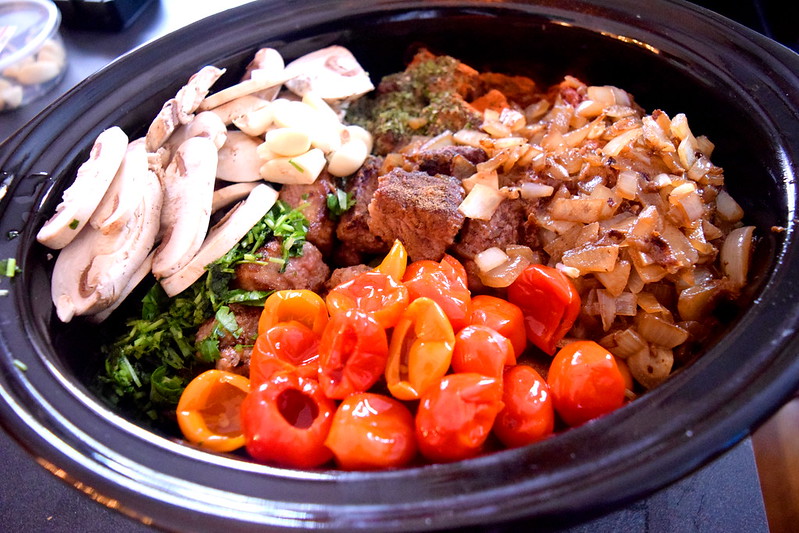 After a good night’s rest in the Crockpot on low (a.k.a. prob too drunk and forgot I had it on),  I mixed it around and evaluated the situation. I did notice it was a little liquidy, which was expected. Grabbed a bowl to portion out some of the soupy part and mixed in the cornstarch there. You don’t want to dump the whole thing into the pot or else it’ll congeal. Once the cornstarch is mixed with the bowl of soupy stuff, add it to the whole pot. The cornstarch gets heated with the liquid (about half an hour or so), and a nice velvety texture begins to form, thus making our stew, a stew. 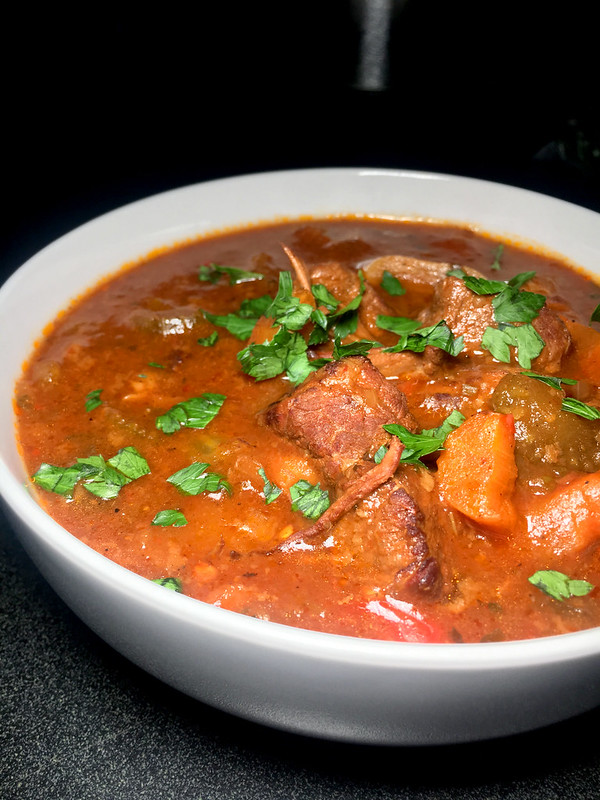 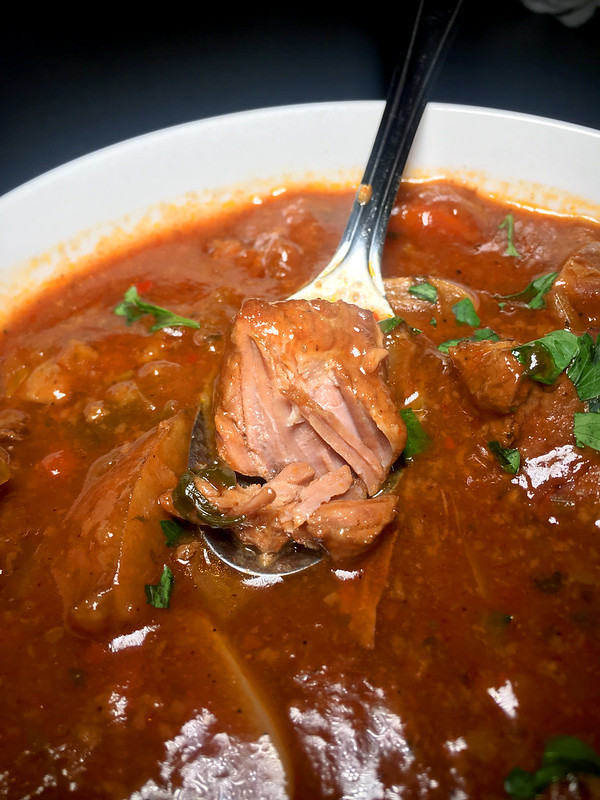 And what was the verdict from the stew-hating boyfriend? He said he liked it. I’m not sure if he was holding back his true emotions or not, but I’m still taking this one as a win. He ate his whole bowl and I ate probably a whole Tupperware myself in one sitting. I don’t wanna toot my own horn or anything but toot toot. The flavors really came together on this one and I’ll absolutely be making this again.

Original found here from Butter with a Side of Bread.

Makes about this much lol. 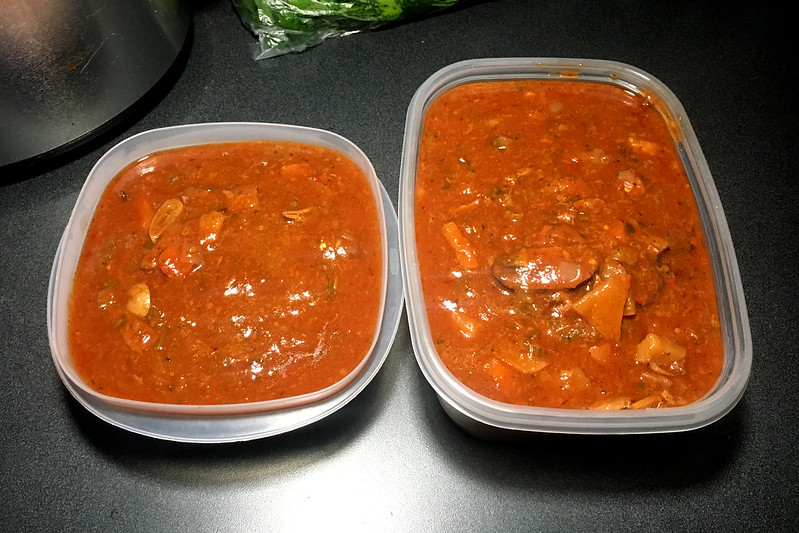