Having 4 Nor’easters in the past 2 weeks is really making me reminisce of warmer days. Summers in Astoria is truly the best – cafes and restaurants line their sidewalks with extra seating for happy patrons dining al fresco. You can walk along any of the major avenues and just see rows and rows of tables and chairs filled with people. One of our favorite restaurants to do such is Aliada on Broadway. It’s a traditional Greek/Cypriot restaurant, and the ambiance and friendly staff really does make it feel like I just flew into a different country. 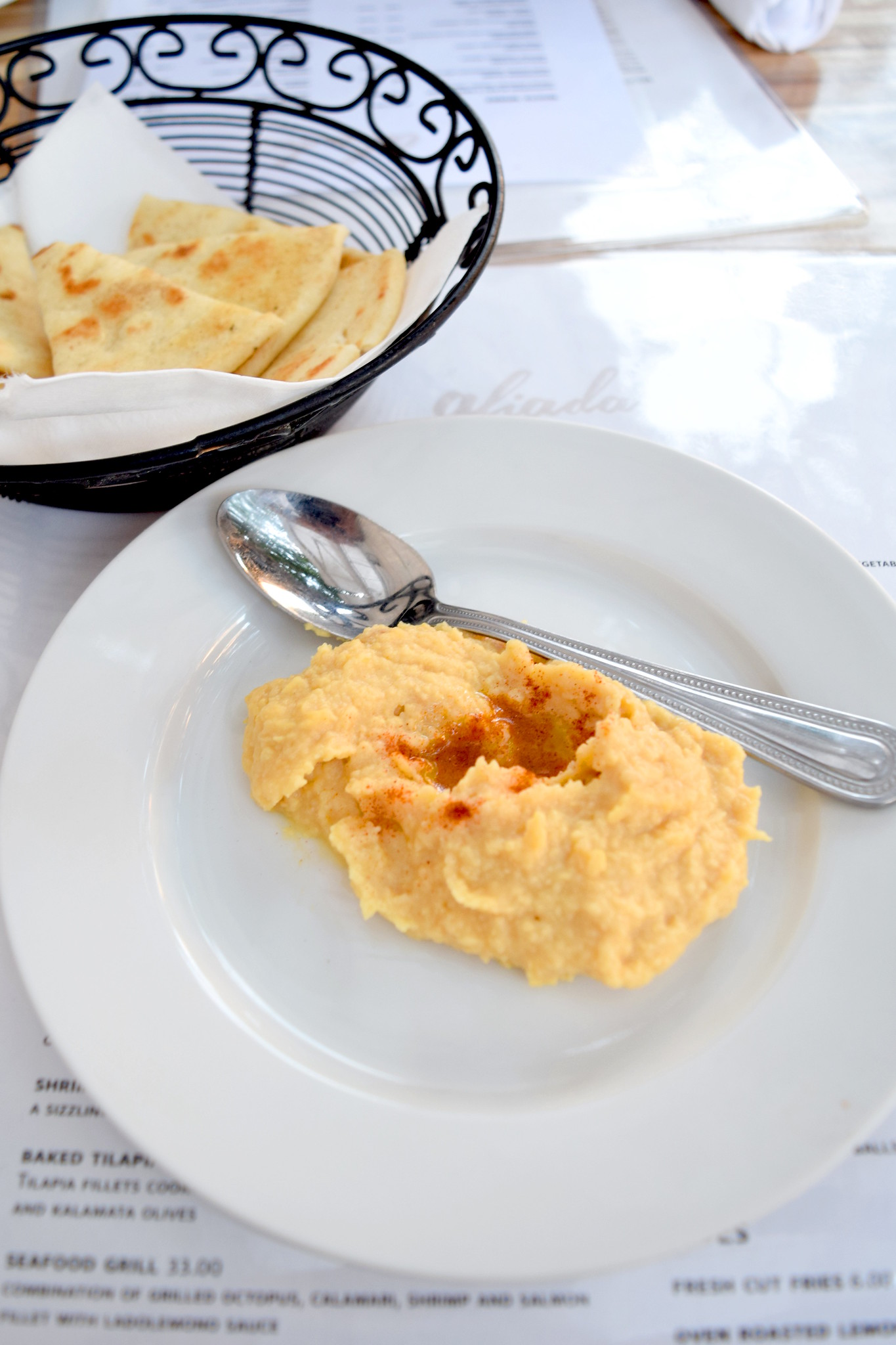 Upon sitting, you are are welcomed with a dollop of hummus and warm, fresh pita. TBH- much better than stale bread and butter from a wrapper, if you ask me. 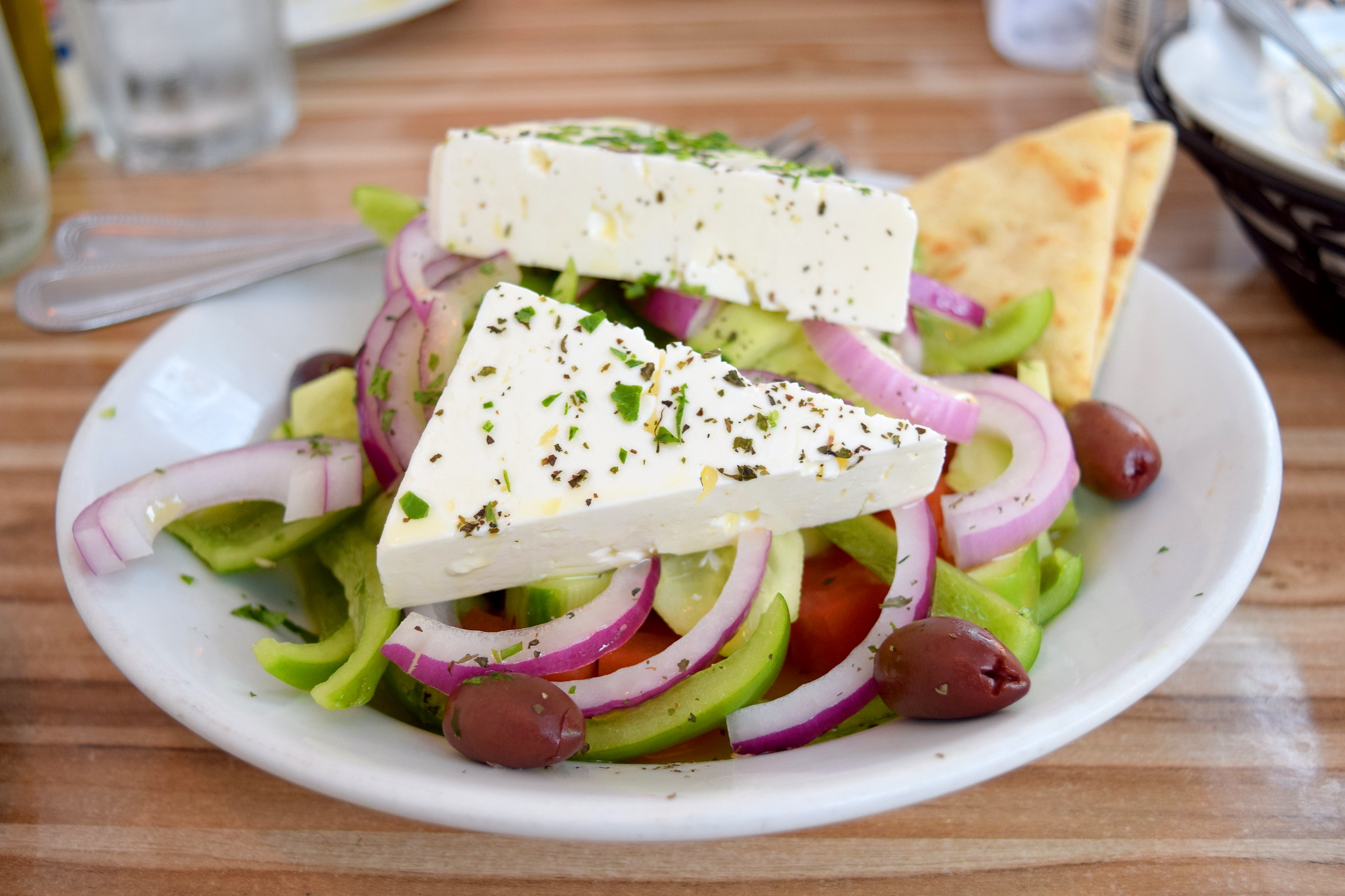 The Greek Salad was the perfect starting dish, and just the right size for sharing between two people. Oh, and it’s totally healthy because it’s a “salad” and we can just ignore the two huge chunks of feta cheese on top. 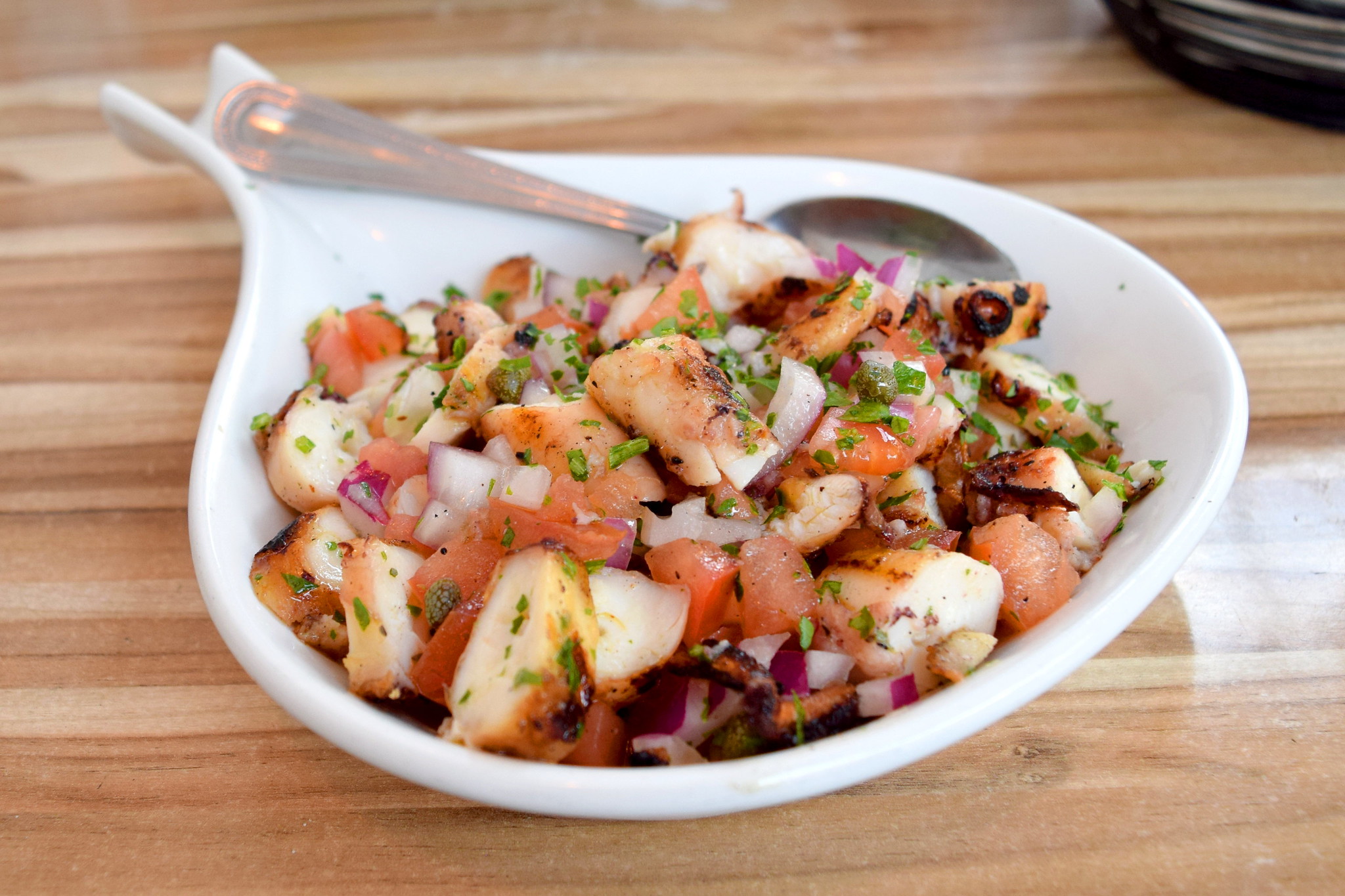 Grilled Octopus is by far my favorite dish to order at a Greek restaurant. Those who have never had octopus before always ask me what it tastes like. The best I can say is that the flavor is mild, but able to soak in a lot of its surrounding flavors, and the texture is similar to that of dark meat chicken. Although I’ve usually had it served whole (individual tentacles), here they chopped it and mixed in tomatoes, red onions, capers, olive oil, and red vinegar. I liked that these were bite-sized pieces and I didn’t have to fumble around with my knife. 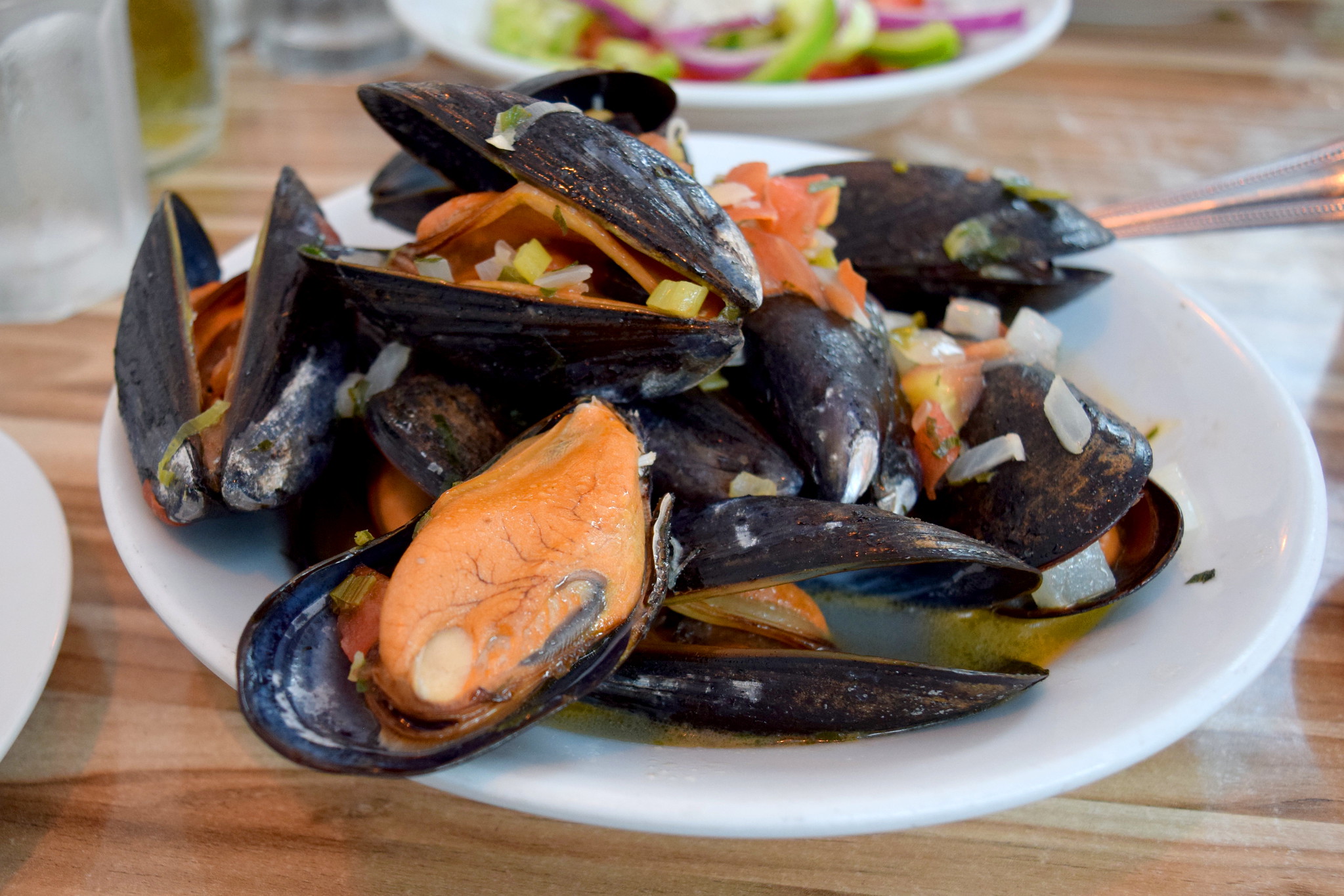 Look at the size of these mussels! (Clearly not talking about my own muscles here). The meat really soaked up the white wine and ouzo broth, to which I happily sopped it up with some leftover pita. 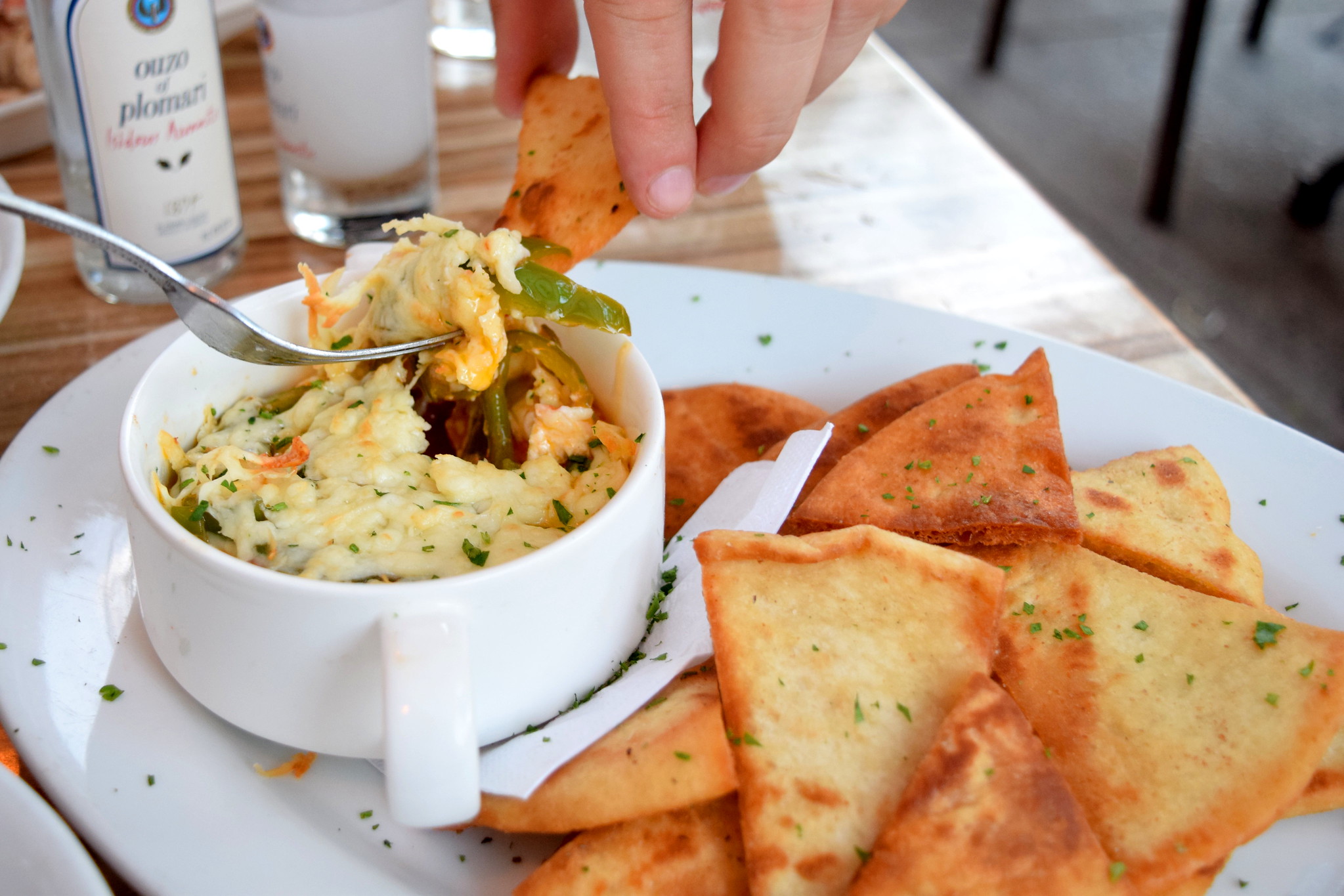 Through all the Greek restaurants I’ve been to, I’ve never even heard of this dish – Bouyourdi (basically pronounced like Chef Boyardee for those not cultured like myself). With a description like, “oven baked feta and kelalotyri cheese with tomatoes and peppers”, you know I had to try it. Probably our favorite dish of the meal, hands down. We’ll definitely have to see if other Greek restaurants have it so we can compare. 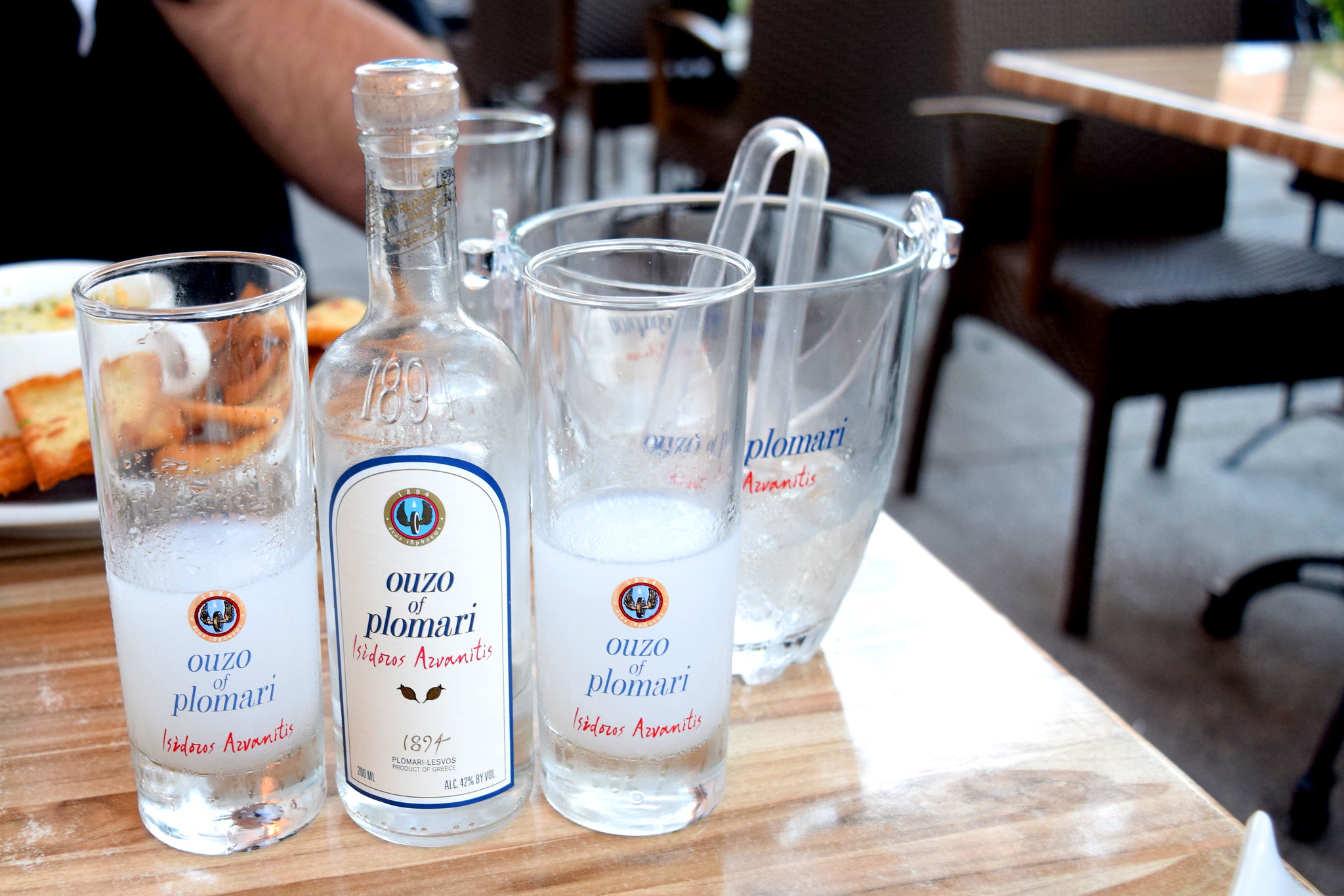 And… What’s a real Greek meal without some ouzo? The owner even came to our table and took a shot with us. I really think I was Greek in a former life – I can totally get used to this lifestyle. Yamas! 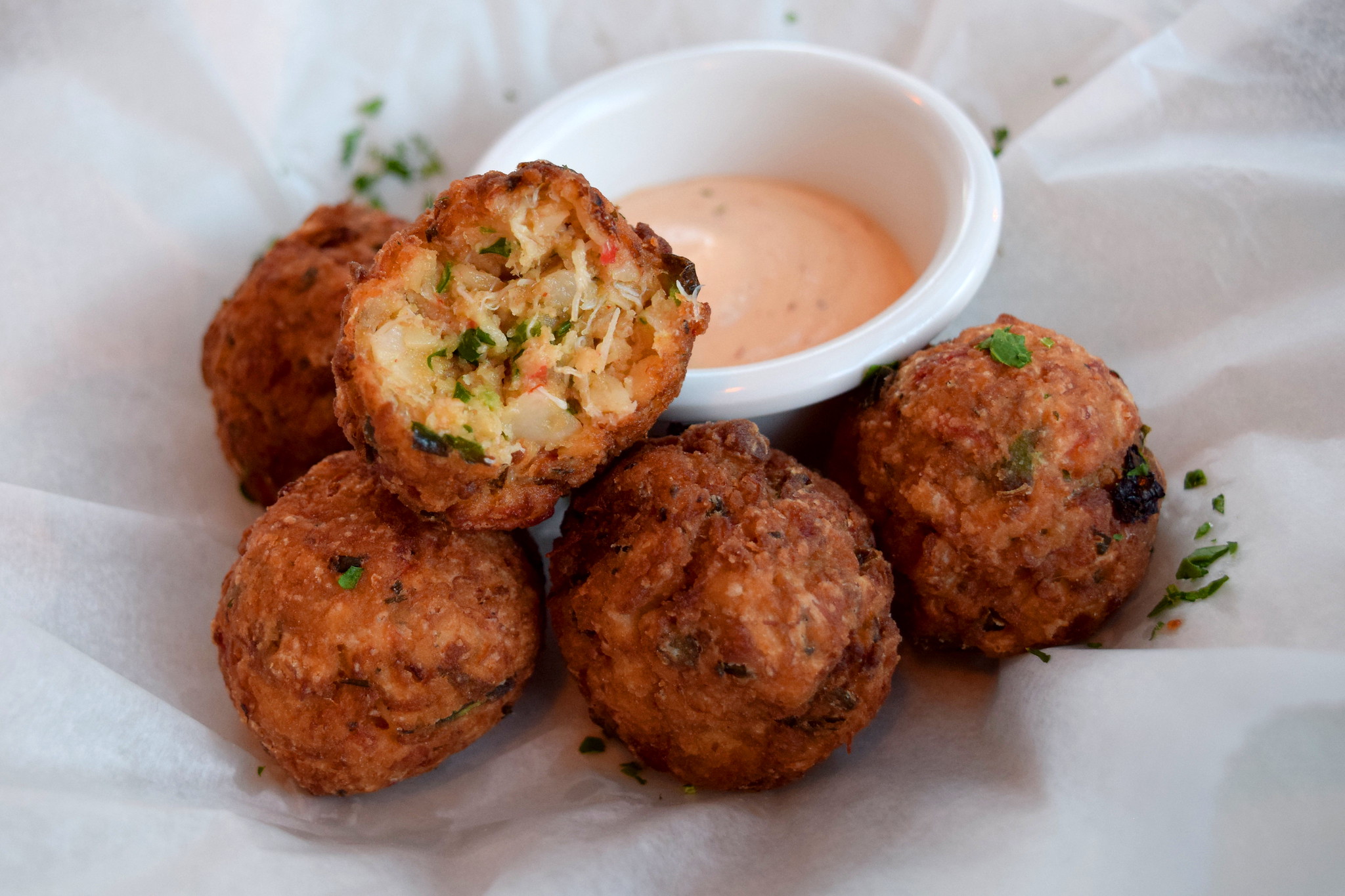 I usually don’t order crab cakes at restaurants, because they are often stuffed with “filler” crap, but I had a feeling that these would be different. And yes, they were. These pan fried jumbo lump crab meat patties – where you could actually see the crab meat – were served with a chipotle mayonnaise dipping sauce. 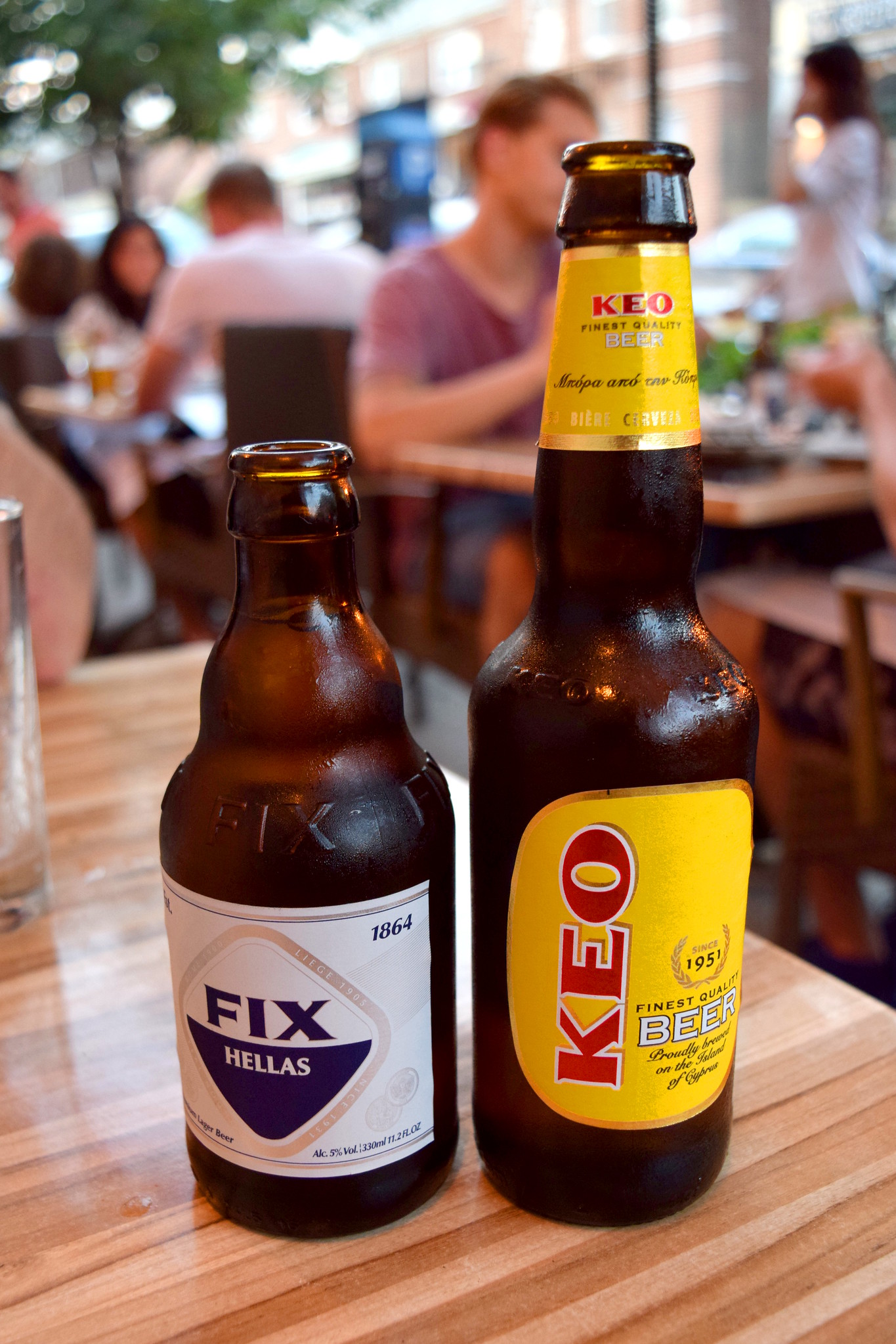 A few too many Yamas‘ later, and we finished the ouzo. Whoops. So we had to try out these imported Greek beers – Fix and Keo. Both were mild tasting good beers, but I honestly just wanted them for their bottle caps (I’m a collector). 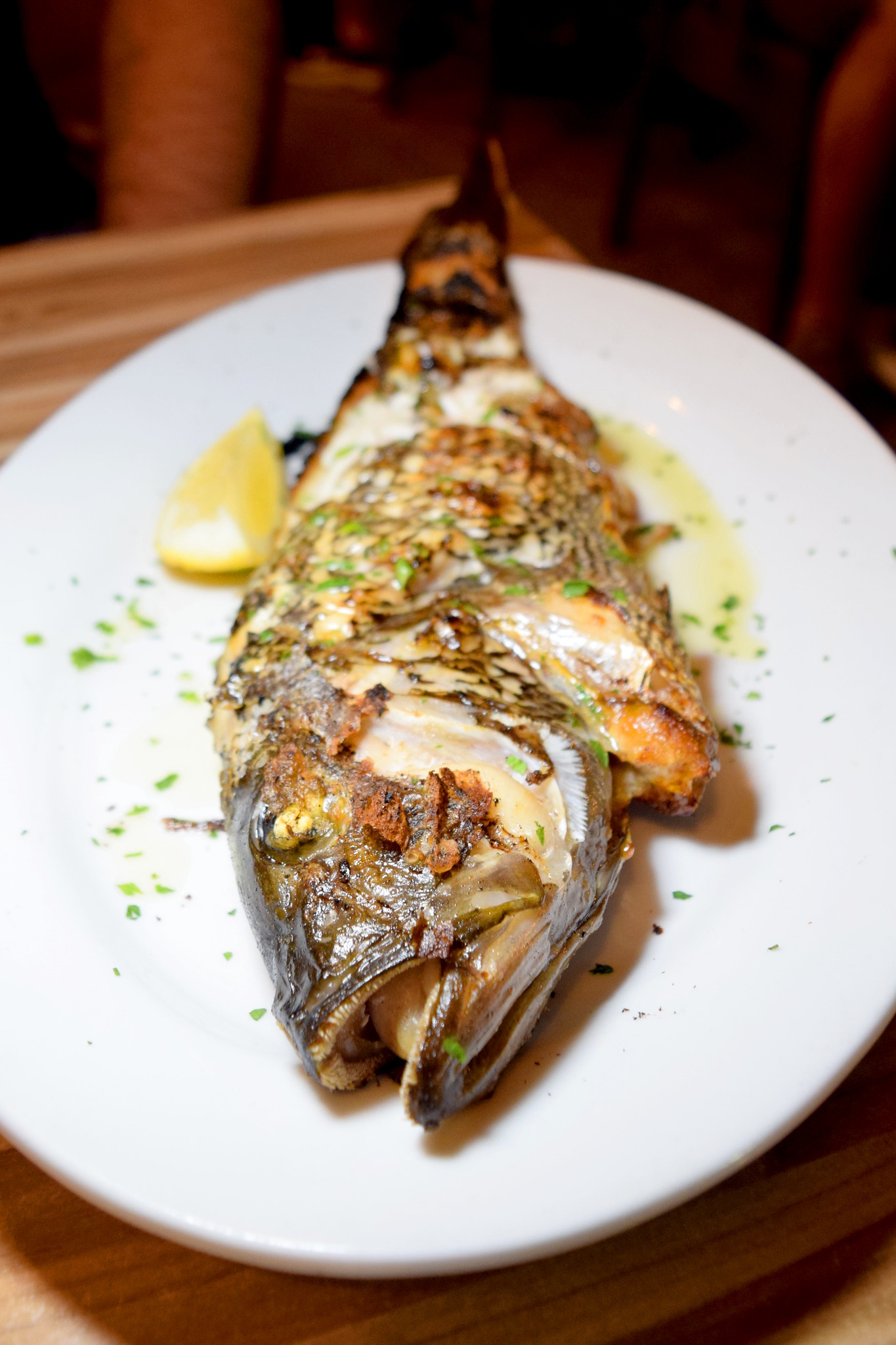 Lastly was this whole grilled fish. Forgot which it was – maybe Branzino? maybe shouldn’t have drank all that ouzo? I dunno. Anyway, you can of course get the fish filleted and not whole like pictured here, but I love the photo, and I love me some fish eyeballs. 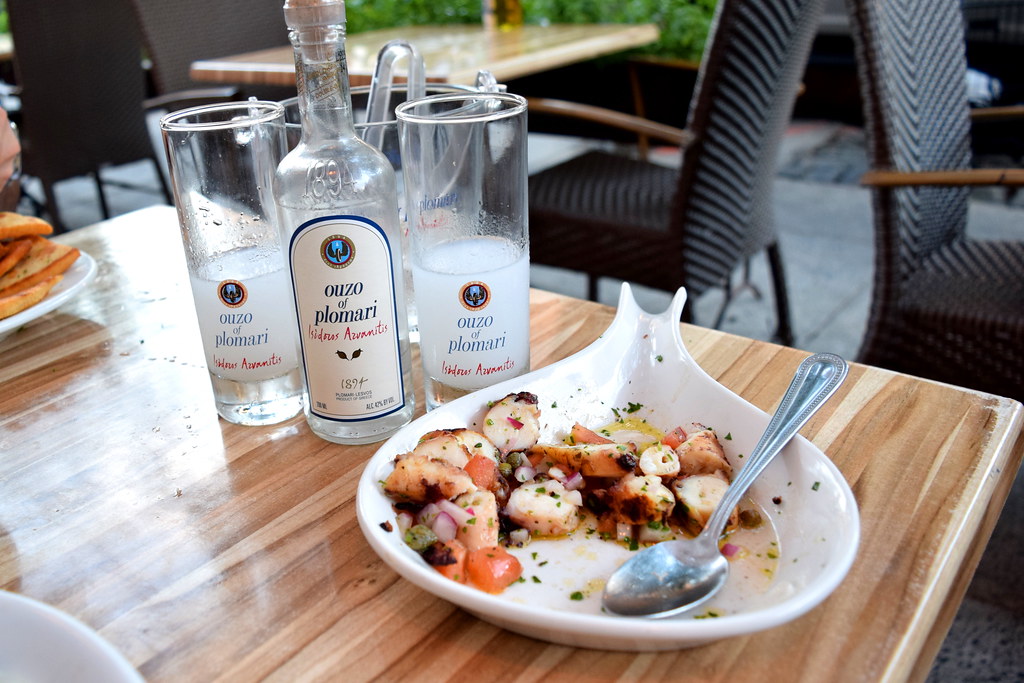 As I look outside my apartment window right now and see the snow falling, it makes me wish it was summer even more. Or at least I wish I was eating grilled octopus with ouzo somewhere warm.